interestingoddpopular1RepairsRV InfoThe Story of Us

It’s Going To Be Fine

I dropped off Scott at the airport and took a deep breath.  I did some of that Oprah motivational talking to myself. For the first time, I became Captain Traci.

By noon, we were sitting in the breakdown lane on Highway 45 in Houston.   By 1:00 pm I had accidentally crushed the automatic doorstep under the RV (… the same one Scott just spent hours replacing).  By 1:30 pm we had to pull over to make sure we still had all of our tires – because it wasn’t entirely clear where we stood with our wheel situation.  By 2:00 someone who shall remain nameless had flushed the toilet while underway.  The cabin filled with an enemy smell that would’ve gagged a maggot.

Those were my first 8 hours as Captain of the Chief.  Scott couldn’t stop laughing when he called that night.

I’m generally solid under pressure.  By the time I got back to the RV park from the airport, I was ready.  Grandmom and the kids had gotten dressed and picked up.  I packed the car and stowed the awning.  I put the bikes away and checked the oil and coolant.  I had a bit of a tangle with fire ants, but I didn’t even need to open up a How To video.  Git ‘er done!

We pulled out onto Highway 45 toward downtown Houston.  The ultimate destination was a little boondocking site about an hour outside the city.  I had even double checked it with Scott before he left.  He provided a highly unprofessional, totally unenthusiastic assessment, “Yeah, I guess that looks ok but the road might not be flat.”  Um, no.  For the record, I picked the biggest flattest patch of earth we’ve ever had.  It was a phenomenal spot.  I stand by my pick (even though we never got there).

I was driving, Mom and the kids were buckled into the couch.  It was raining and the wipers were going.  We were in heavy traffic but not Bogotá horrible.  I was in the slow lane.

First, the always-on backup camera went out.  I could no longer see behind me.  Code Yellow – proceed with caution.

A moment later…. was it my imagination or were the wipers slowing down?  Huh.  That’s not normal.

“Mom, are the wipers…..?”  Mom, “I’m… not sure?!”  Her voice trailing off.  Then they gently stopped right there in the middle of the windshield.  That little mystery solved itself quickly.

Cresting a hill…. cachugga… ugga… uuugggaaaa…. silence.  Weird.  Why can’t I feel the vibration of the motor?  Oh…. that’s because the engine completely died.  One moment we were going, the next moment we were not.

Nothing worked – no power steering, no power brakes.  Go Go Gadget Power Thighs and Arms!!  This is Code Red, folks. CODE RED!  This is not a drill.

Thankfully when things go bad I get funny. “Ladies and gentleman, this is the Captain speaking.  Please return to your seats.  The fasten seat belt sign is illuminated.”  Me to Mom {dryly}, “Well…. isn’t this an interesting?!”  Mom {not dryly}, “WHAT?!?!  WHAT?!?!  WHAT?!?!”  I put the blinker on and was able to coast the RV into the breakdown lane (including the Grey Man!) just before we would have picked up momentum going down the other side of the hill.

Breathe.  We’re safe for the moment.  Assess the situation.  Breathe.

I put the RV in park and turned the key.  Nothing.  Totally dead.  No turn over.  Check the battery.  Put it on dual battery.  Nothing.  Totally dead.  I pushed the battery toggle to MOM. I still don’t know what that means but Scott insists it’s “Momentary” as in ‘burst’. Nothing.  Then I held down MOM and the Chief started.  The windshield wipers were steady at full speed.  I let go of the toggle and it rocked back to main battery.  The windshield wipers slowed to a stop and we stalled again.

Ok… these are clues.  There is a battery issue.  Got it.  I thought the battery didn’t matter once the car was on, but this was not the time to assess what I think I know about engines.

I got a piece of duct tape and taped the battery toggle to MOM (normally it won’t just sit in that position).  I fired it up and tentatively pulled out.  We got off the highway at the next exit.  I’ve never been so happy to see an empty parking lot.

Pull in, turn off everything.

Scott was still in the air.  It was Sunday… no repair shops were open.  The first line of defense – call brother and Chief WCE {Wise Cadre of Experts}, Todd.  It’s probably the alternator.  The batteries aren’t charging while underway so all we have left is whatever is in the main battery… once we use it, we’re dead in the water.  Can I go 15 miles?  Unsure – but probably.

I picked an RV park 13.2 miles away on the outskirts of town.  I didn’t look at price or amenities or availability.  That was the closest one and therefore we were going to stay there.  Period.

I fired up the Chief.  Here we go.

Pulling out of the parking lot, I didn’t take the turn wide enough so we drove right over the curb.  The Instapot fell out of its cubby hole near the roof.  It sounded a lot like hell had descended on our heads.  Pots were raining from the sky.  Mom gasped…. and kept gasping for a while.  I turned to see what was happening in the cabin… which turned the wheel slightly to the right… back toward the curb, which we hit and rolled over.  It was the embodiment of “The Sound and the Fury“… everything went all stream of consciousness for a few moments.

I knew bad things had happened – I just wasn’t sure how bad.  I pulled into the next parking lot… shaking slightly.

Good news, we still had tires.  All of them.  But the automatic step did not survive.  It had been dragged through earth (I know this because some still clung to it) and was completely bent out of shape.  It tried to deploy but finally gave up the ghost.  RIP step.  Sorry, Scott… all that hard work and bargain hunting…

We still had some juice left in the main battery so no time to cry over spilled milk.  Carry on.

Back on the interstate….. Me, “Mom, I can’t see behind me so can you watch the mirrors and let me know if there’s something I should know.”  To her, that translated into telling Traci every single time a car is passing us on the right AND updates on our proximity to the side of the highway every 10 seconds or so.

Once out of the construction zone, *someone* had to use the ladies room (not shocking).  Unfortunately, when the flush is activated in the Chief while underway… horrible, terrible things happen that no one should experience.  Bad on me – I hadn’t told our newcomer.  If you have to pee (or anything else) while we’re driving, it doesn’t get flushed until we stop.  That is the law.  Everyone is now warned.

Close mouth immediately!!  Everyone’s eyes were tearing…. I couldn’t see!!!!!  Me to Mom, “Did you flush?”  Mom, “Yes.”  Me, “Did if flush all the way?”  Mom, “What?  What does that mean?  I don’t know.  I closed the lid.  It’s ok.  I closed the lid.”  (The lid does absolutely nothing for this issue.)  Sure enough… some toilet paper jammed the toilet gate slightly open so we were treated to an extended assault of black tank air.

Is this seriously happening to me right now?!

It was miles before we regained control… both from gagging and from laughing.

We arrived at the RV park and I got us into our spot.  Scott landed and was reachable.  This is a copy of our exchange:

The RV park happened to be next to the World’s Biggest Flea Market.  Cheap junk and amusement rides were exactly what the doctor ordered.  We bought stuff… cause that’s what you do when you narrowly survive a harrowing interstate break down and have no idea if the RV you’re currently living in is totally dead or just needs a basic repair.

It’s just all part of the adventure.  Tomorrow, Captain Traci is at it again. 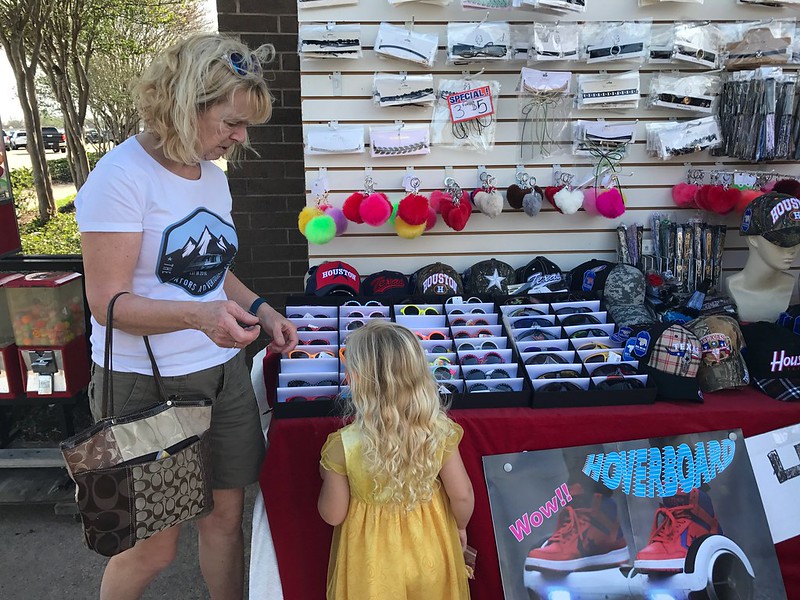 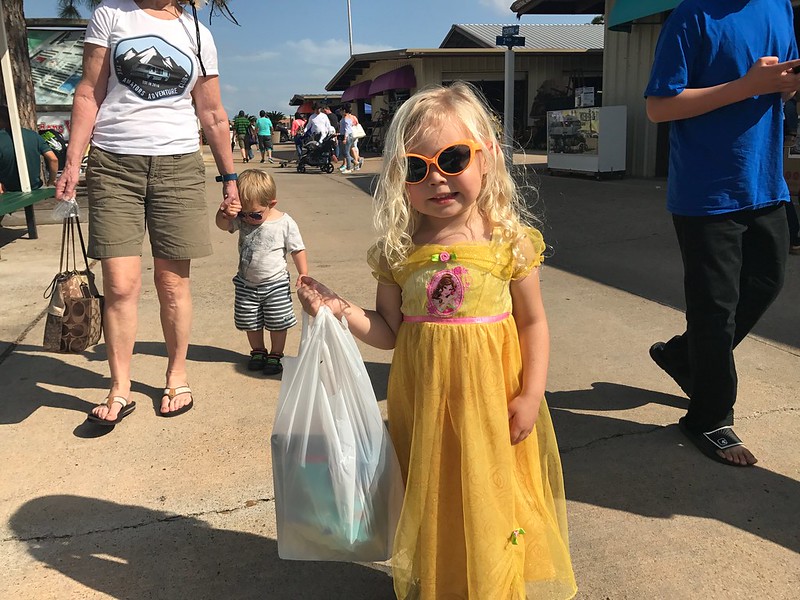 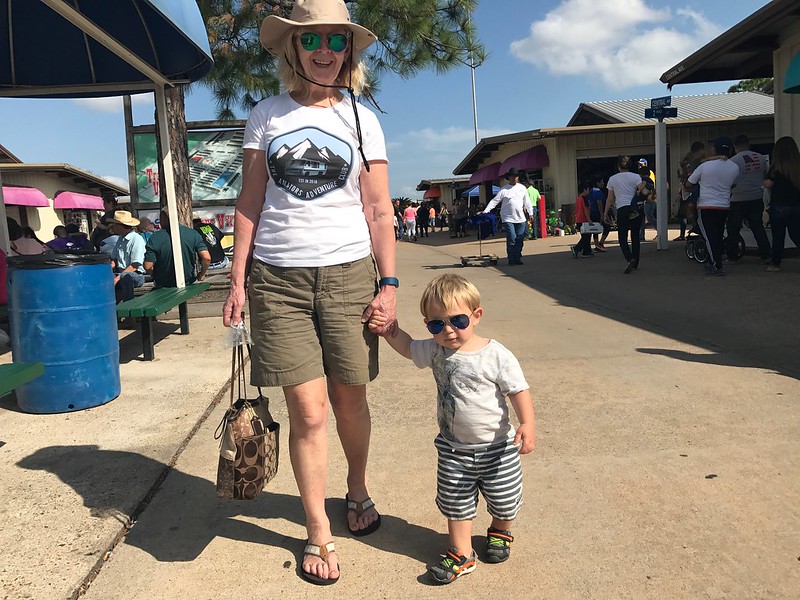 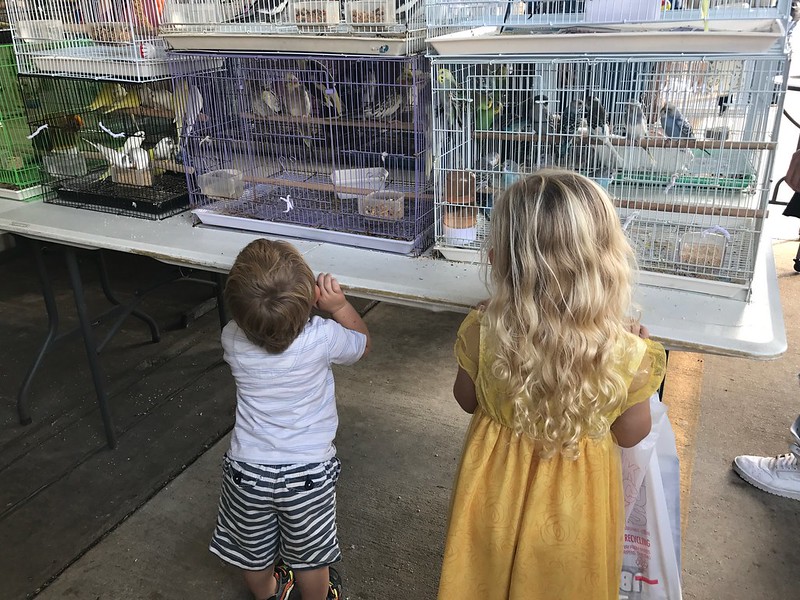 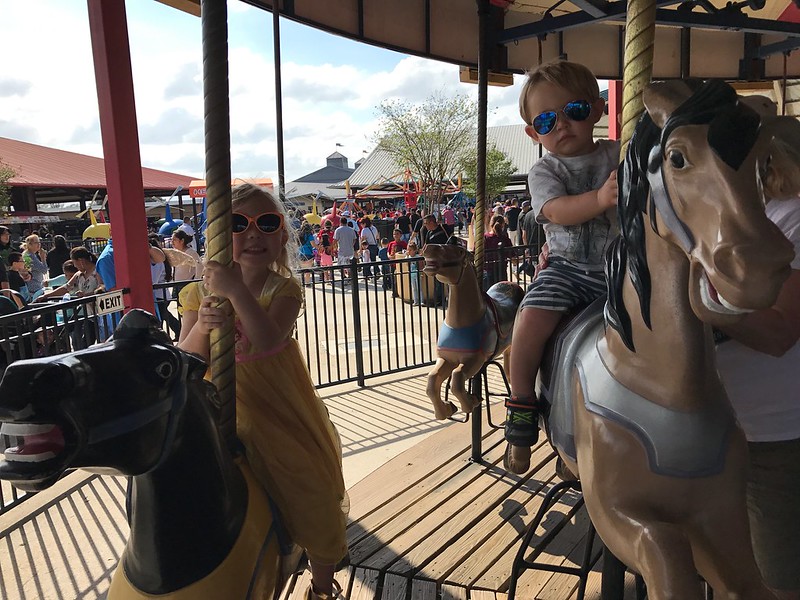 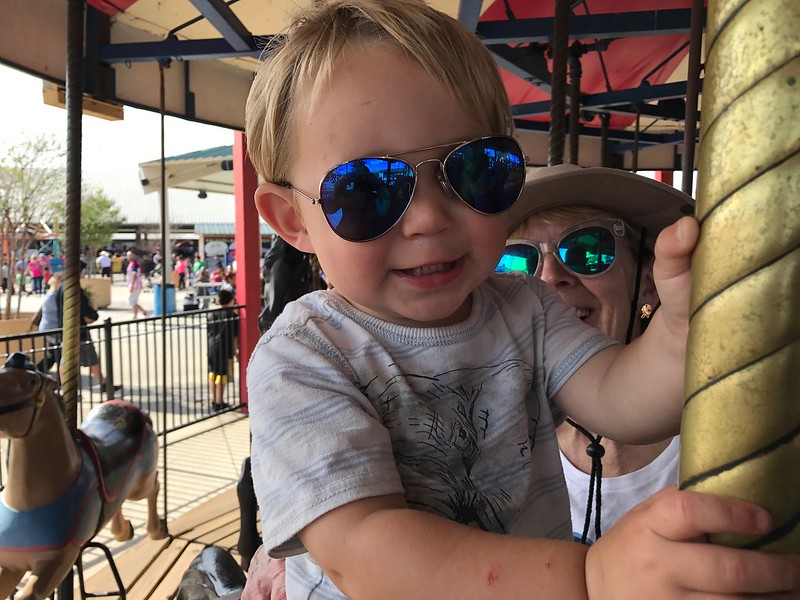 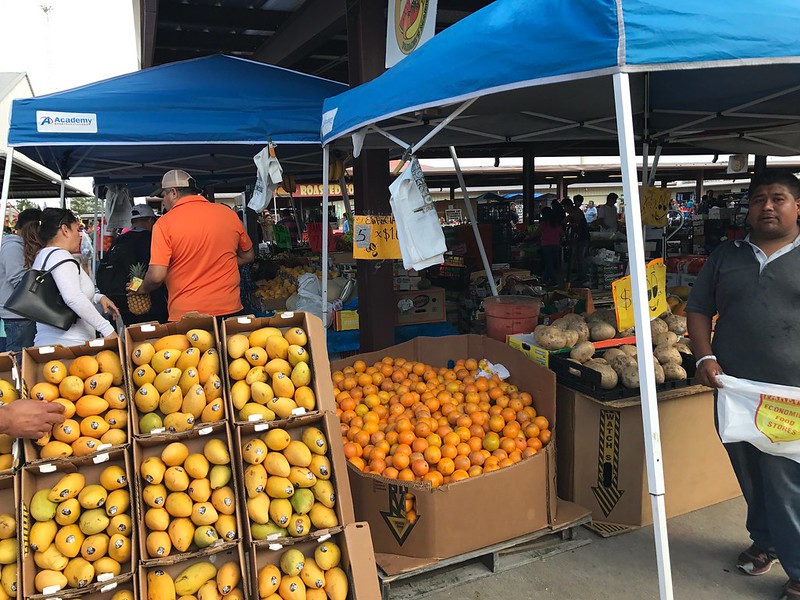 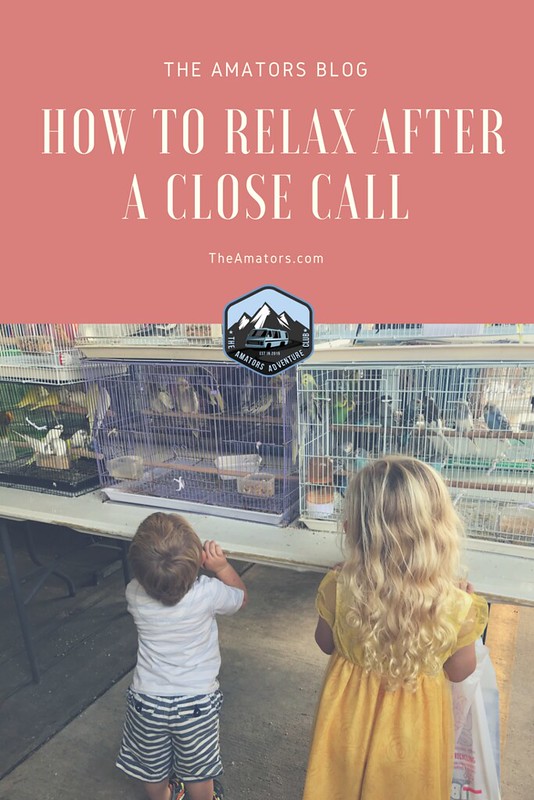 Scott to me, "I don't know. This looks like some dude's house. This is weird." Me, "Yeah. It's totally weird. Come on anyway. Let's find this twine!" Finding Twine We were poking around the yard of a private home. I...

The kids and I got the boot at 9:00am. Scott was antsy to start work and the kids were being... you know... kids. I threw together our beach bag, snacks and bathing suits and headed to the beach. What more...