In less than 24 hours I am going to be promoted to Captain of the Chief for one month.  This is a fairly big promotion.  I’d be lying if I didn’t say I’m a little nervous.

Normally I’m the Navigator.  Why?  Because I’m 10000 times better at navigating than Scott.  (It’s all about the details!)  I also have old fashioned values.  Scott and I prefer that Scott is the Captain.  Here it is… cringe…. I like that 1950s stuff…. the man being the head of the family and whatnot.

Oh…. that begs so many follow-on questions.  Where’s Scott going for a month?  What will The Amators be doing in his absence?  Did I really just say that last bit?!

Scott is heading off to an adventure that he has to do alone.  He’ll be in Silicon Valley meeting with some of the wildest tech nerds in the country.  It’s going to be super fun.  I’m totally jealous.  He’s in the Breakline program if you heard of it – translating military skills into language the tech sector understands and, ultimately, placing veterans into jobs.

As you know, Scott and I are still deciding what our future will look like.  No decisions have been made at this point.  We have 3 options.  Can we keep traveling and live off his company?  Maybe.  Will he find a job he wants to do?  Maybe (and that’s the point of going to the Breakline program).  Will I go back to work?  Maybe (but if I’m being honest, it’s the least likely option right now – subject to change on a whim).

With him away, I get promoted to Captain.  This entails doing all the blue jobs.  I took How To videos of… everything.  So far I find the engine area to be very dirty.  I also don’t hate dumping the tanks.

We brought Grandmom in as a pinch hitter.  I am not at the level where I can be captain and navigator and mom all on my own.

I prepared for my promotion while we explored Houston and popped down to the Galveston area for a few days of beach parking.

Houston Harbor boat tour: Really fun and a totally different perspective.  Do this if you get the chance.  It’s free. 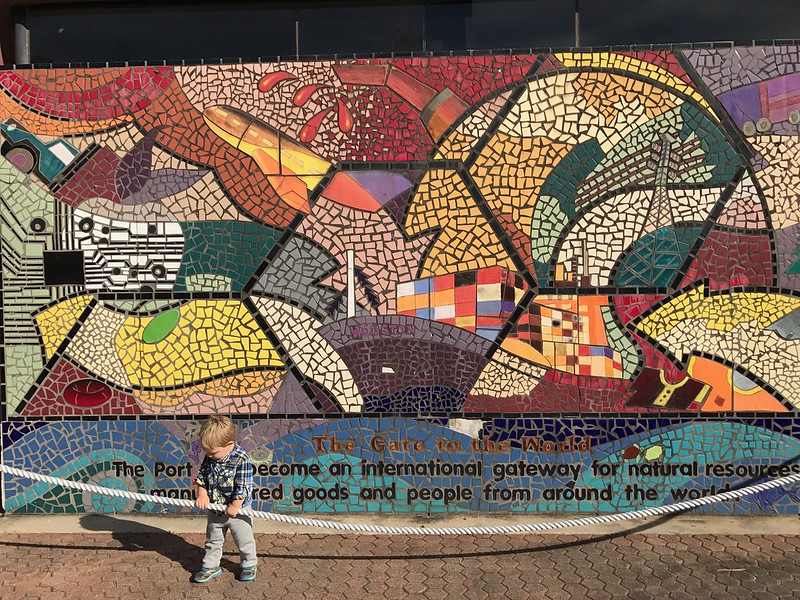 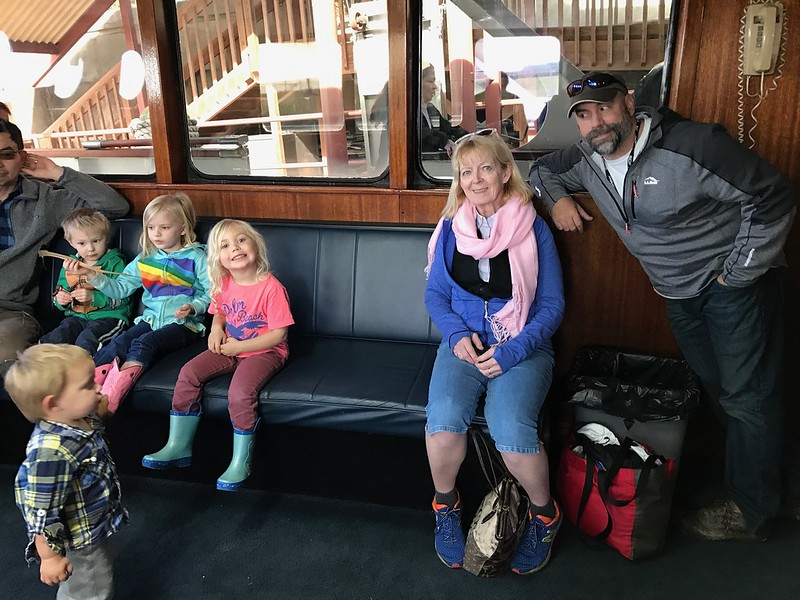 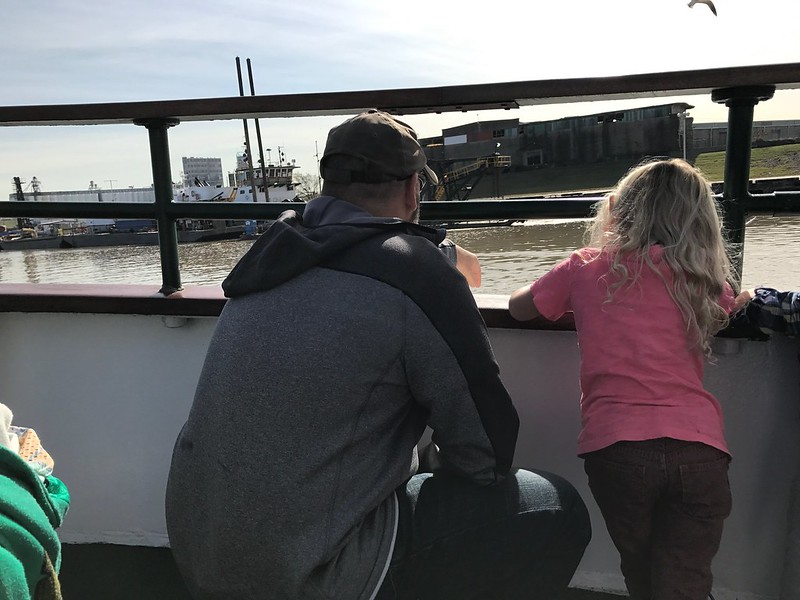 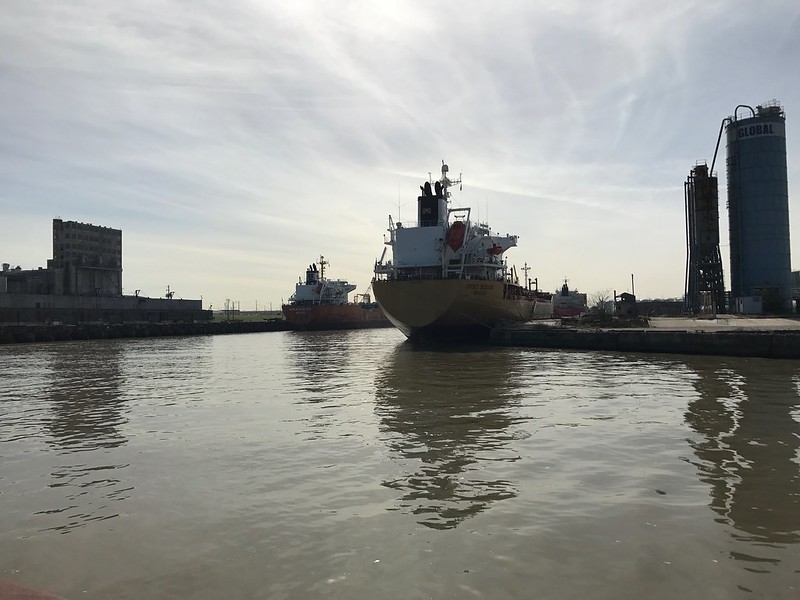 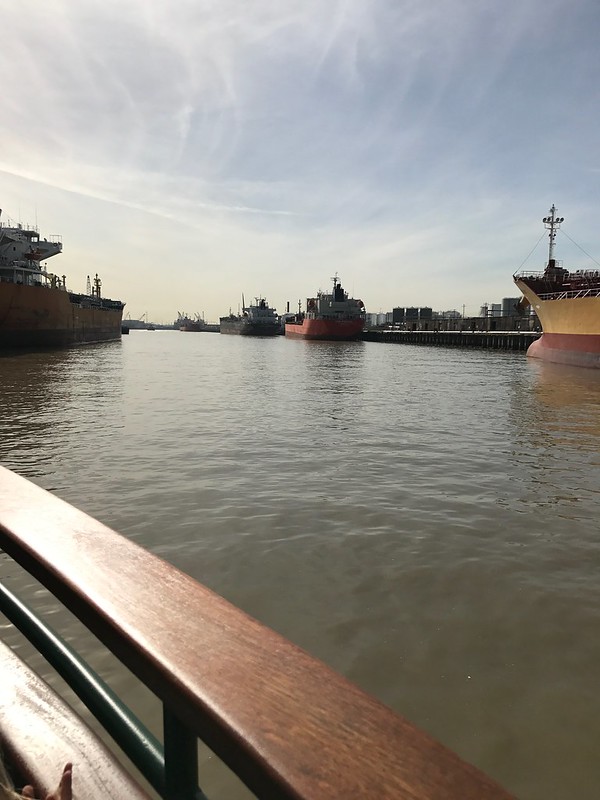 This is a mountain of reclaimed wires getting prepped for recycling: 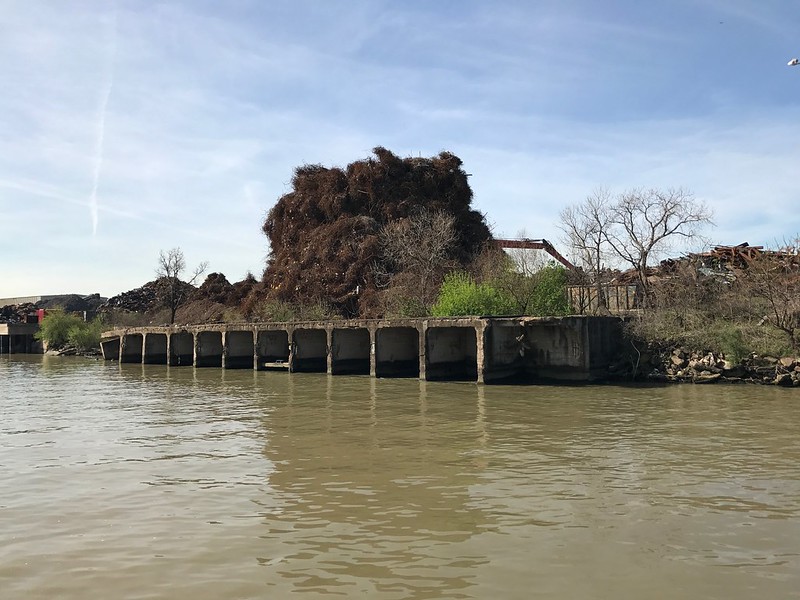 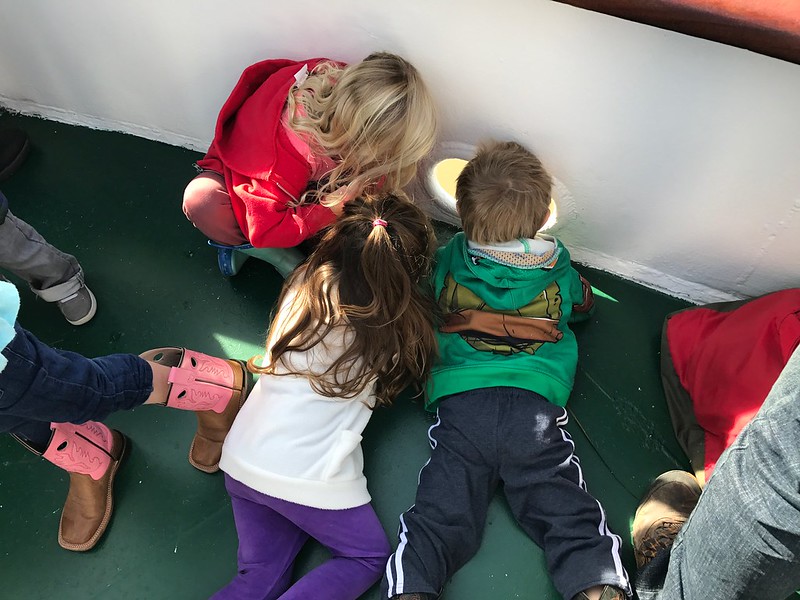 Next to Galveston in Freeport, TX there is free beach parkingat Brazoria Beach.  Go here.  We spent 3 days about 30 ft from the Gulf (closer when a storm kicked up some heavy waves).  How many times do you have a free beach to park on in the U.S. with no one else in sight?!  {Correct answer – never on the eastern seaboard.}  I wrote a review on campendium.com. 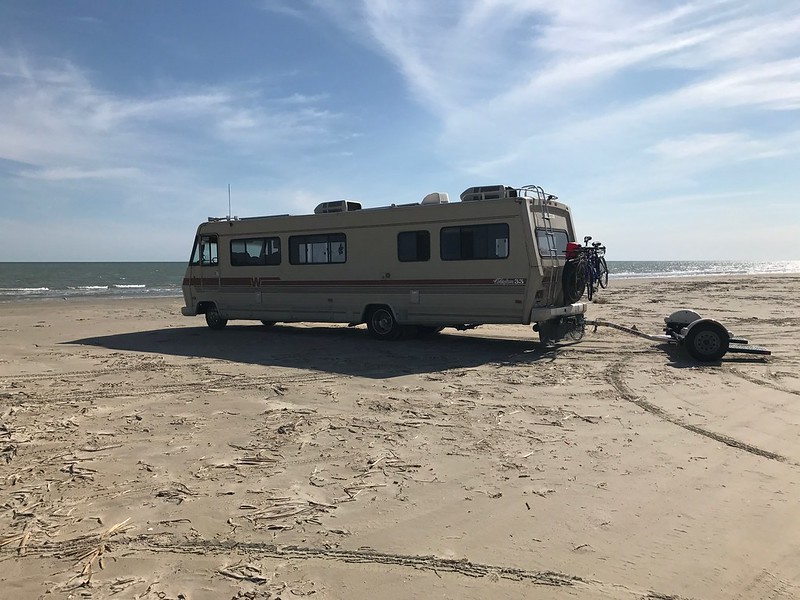 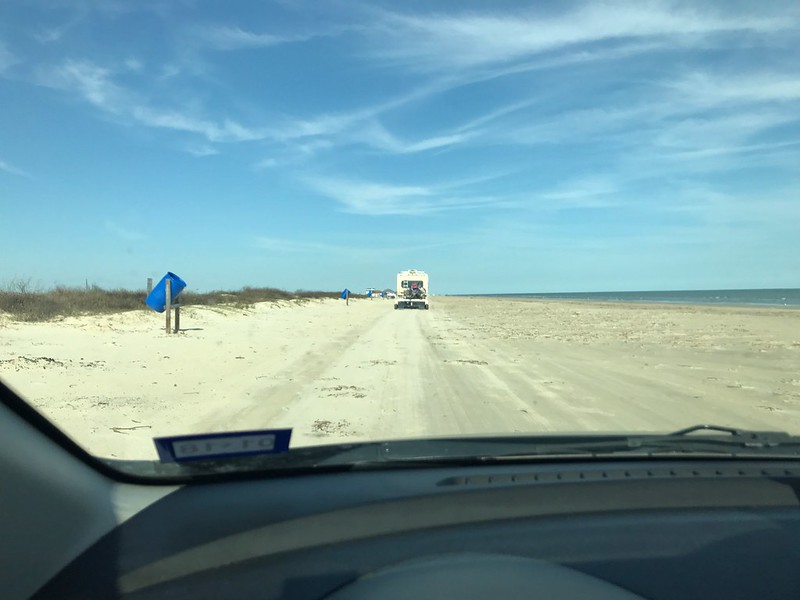 Finally, as for the revelation that I have a sexist streak… I’m ok with that.  I believe that the ultimate feminism success is allowing a woman the freedom to choose how she wants to craft her life.  I’m the beneficiary of decades of work undertaken by visionary women.  I was a career gal for the first part of my adult life.  I don’t feel bad wanting to focus my attention on our young kids and my family during this part of it.

If your’e so inclined, throw an energy ball my way and send some good vibrations.  Captain Traci is at the conn.