I was well on my way to winning the Great Pink Camp Cold Swim Challenge of 2018.  That’s rockstar and the competitor in me is all about the win, but never in the history of the challenge has it gone down in January.  It hasn’t gone down in February either.  If memory serves, my Dad and I took the title once in March… but I think that’s the only one in that month.  There’s a reason for that.  January would be a very bad, horrible time to win it.

Every year my family competes to see who will get the honor of calling themselves “First In” for the duration of the summer season.  In order to be officially crowned, here are the rules:

2.  If you can push already broken ice out of the way, it’s game on.

Rule #2 was borne out of necessity.  We all got down there one year and realized that ice out hadn’t happened yet.  The ice had, however, pulled back from the shore enough so that we could make our way in.  Close enough.  We tied ropes around our waists and swam out under the ice (not that far…. don’t worry so much…. it was so cold we really couldn’t stay under long enough to be dangerous).

Usually, it’s mid-April when the challenge goes down.  It’s a nail-biter since Uncle Chris has the unfair advantage that he can see the lake every day and knows exactly when the ice goes out.

This January has been unusually cold.  We saw -26F (with windchill).  The lake is frozen.  When the January thaw happened, we decided to pop down to camp to make sure everything is ok with the place.  Jack fell asleep on the way down, so Scott was stuck in the car.  Evie and I went out on the ice to assess it for future ice skating opportunities.  It looked as great as ice can look – smooth, thick.  The ice fishermen had a few old holes around.  No issue.

I was standing about where the raft lives in the summer…. maybe 30 or 40 ft from shore…. when I heard a small crack that raised the hair on the back of my neck.  Before I could do anything, I felt that terrible feeling of going down.  Bad.

“Ok, Worse Case Scenario is a go…. repeat WCS is a go….. I think I can hold my breath and make it to shore where the ice should be thinner so I can break through…. make sure to get my bearings before I go under so I swim in the right direction…. Evie…  she’s on the ice still…. shit…. she’s running towards me…. stop immediately!!…. get back….  this is Lassie 101… don’t run towards the hole in the ice.”

By that time, I was standing on the real ice.  I fell through about half an inch of ice and maybe 3 inches of snow.  The thaw built a false floor.  The lake is as frozen as it should be (thankfully).  But wasn’t that a hell of a second or 2!?

I hit my mom up on Messenger to tell her what happened.  “That means you were almost the first one in for the year!  Call Chris.  Tell him!”  Competitive much?!!?!?

We’ll be heading down at some point to go ice skating. 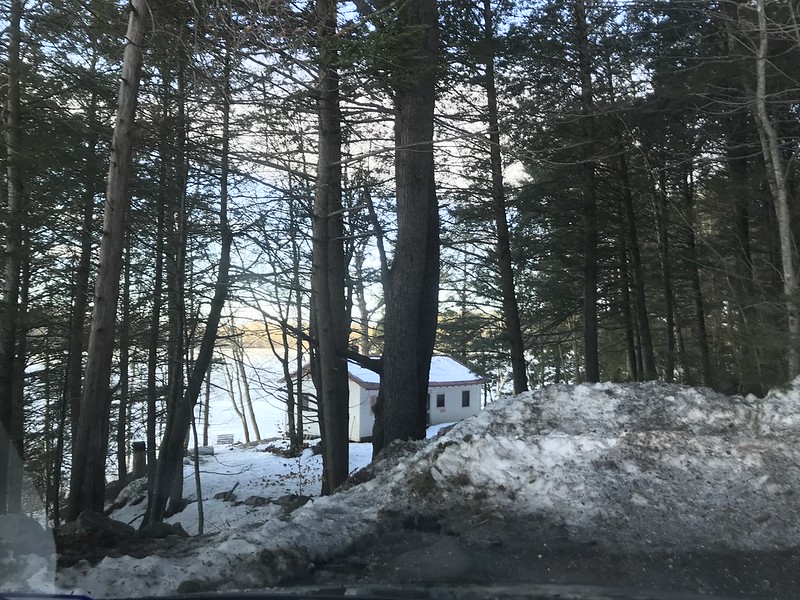 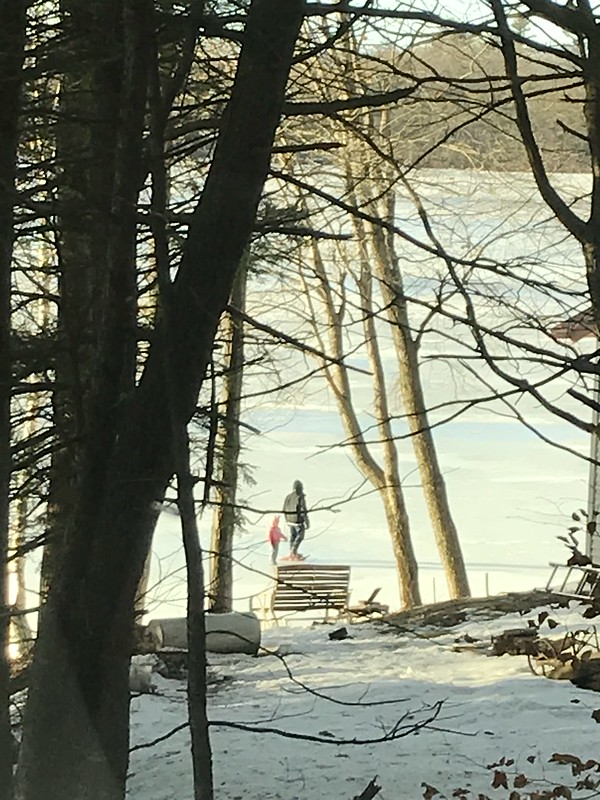 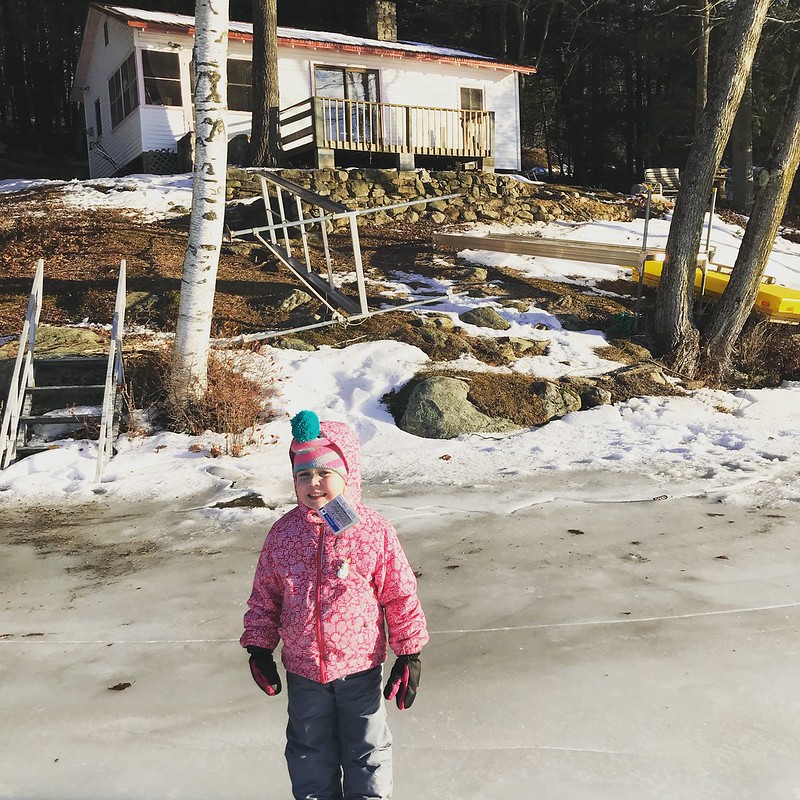 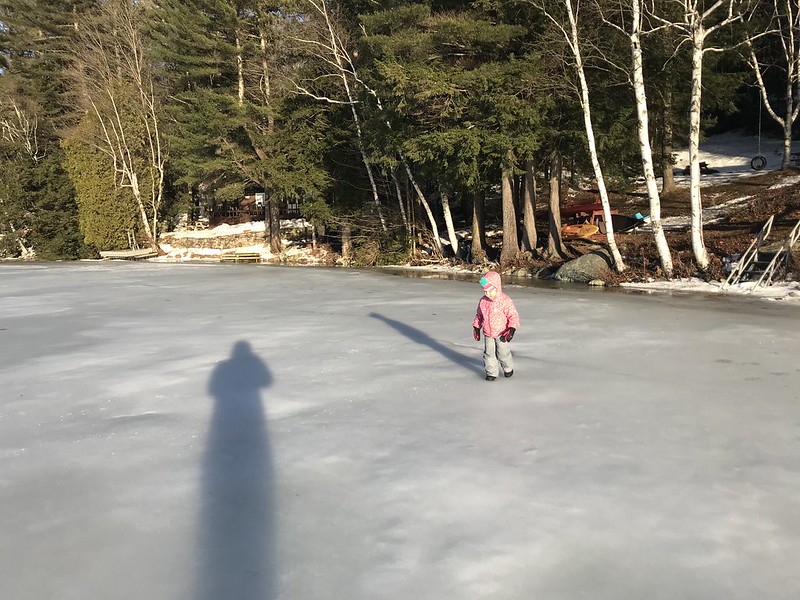 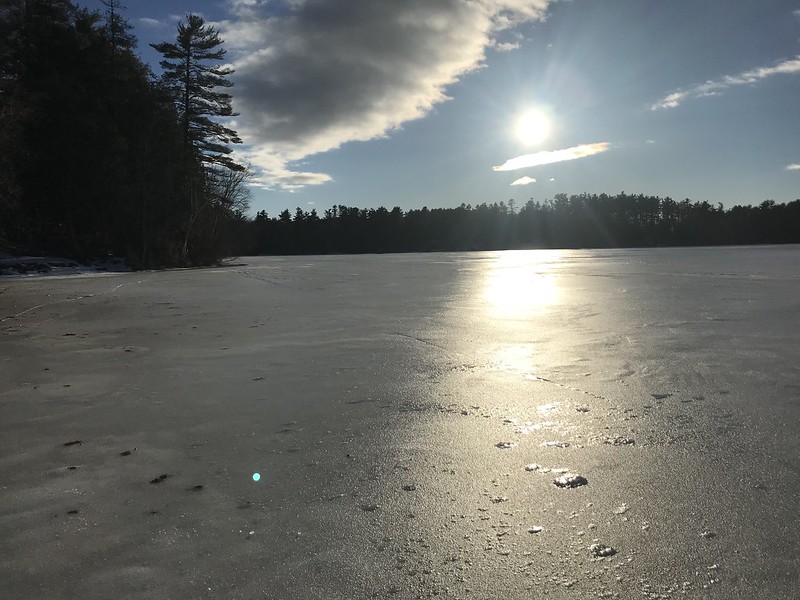 This is my hole: 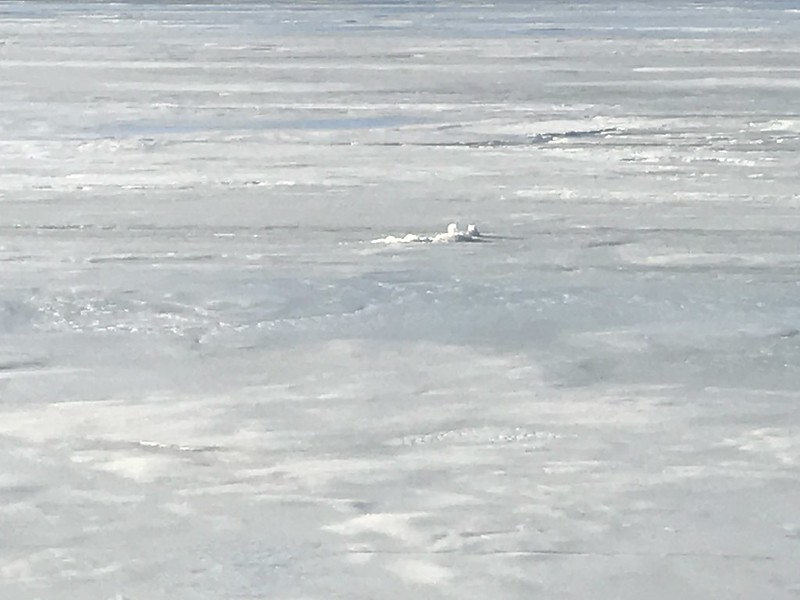 Jack got this card from Grandmom in the mail the other day.  He opened it and handed it to me to read to him.  (He looks sad in the photo because he misses her and he’s sending her a hug.)  I looked at it and thought, “Huh.” I showed it to Scott.  “Huh.”  I hit Grandmom up on Messenger, “Hey, Jack got his card. He loved it.  Thank you.  Tell me about the card.”  Mom, “Oh I picked it because of the moon.” 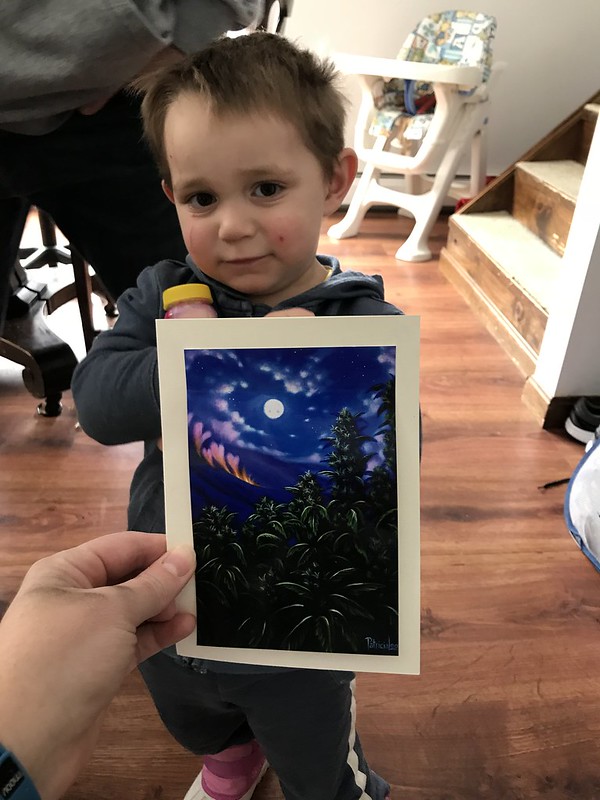 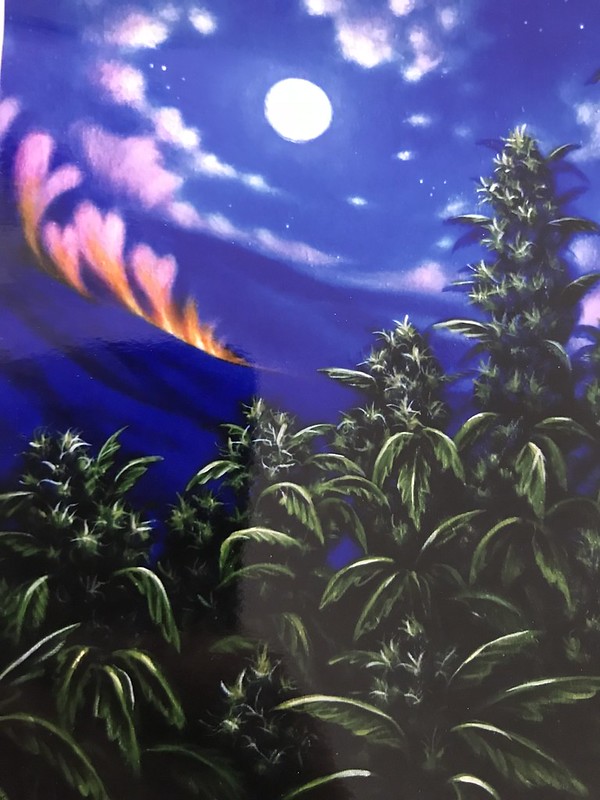 Yes…. but not quite.  Those aren’t palm trees, Grandmom. The back of the card: 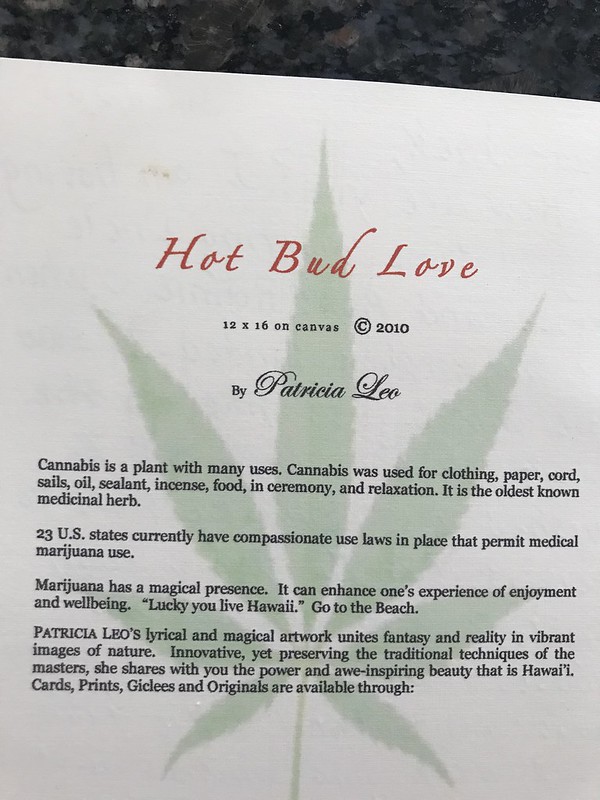 Hilarious.  Way to send your Grandson a picture of the old MaryJane!!  I’m framing this card and it’ll be brought out regularly in the future when I need a good deflection.  He did love the moon though. 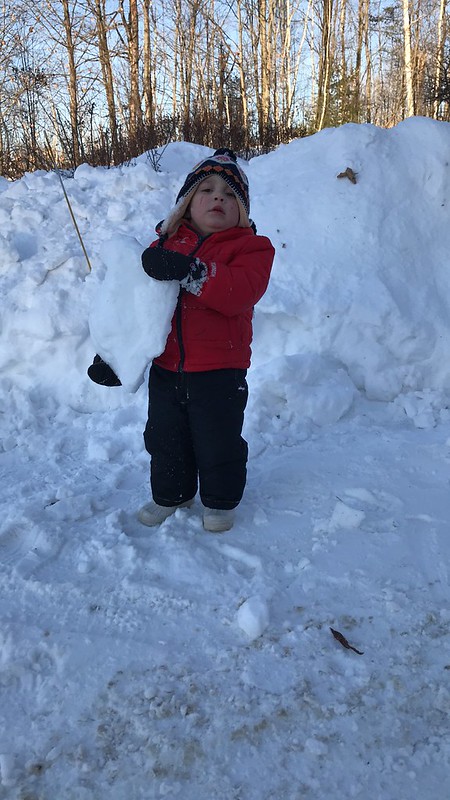 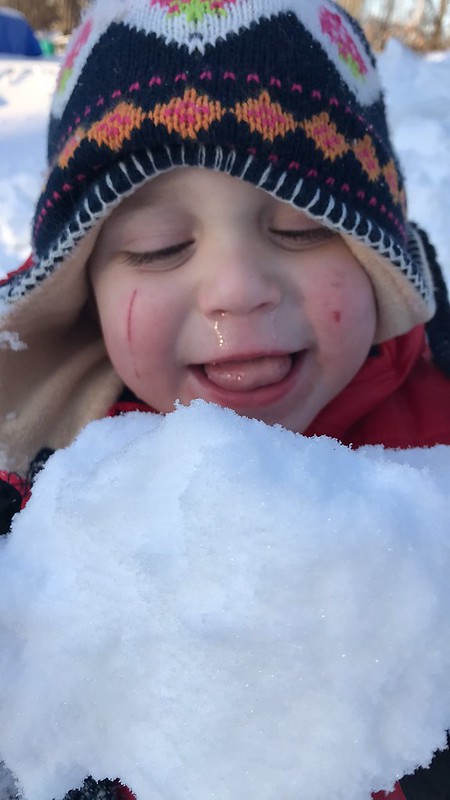 Playing on Starfall (i.e. unwittingly learning to read and do basic math): 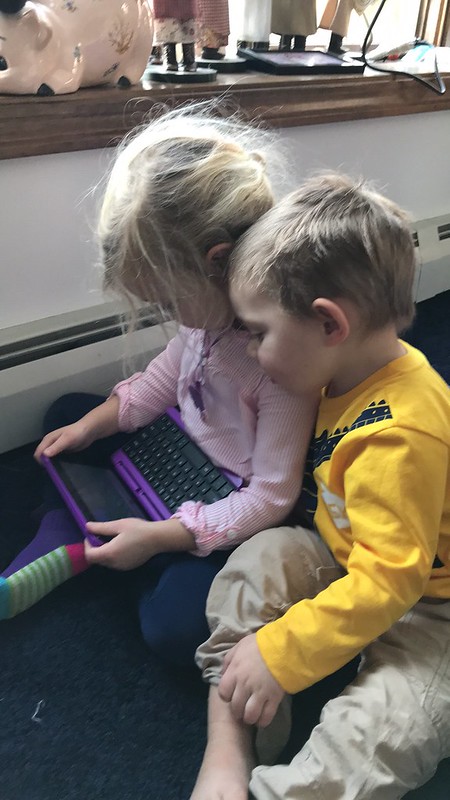 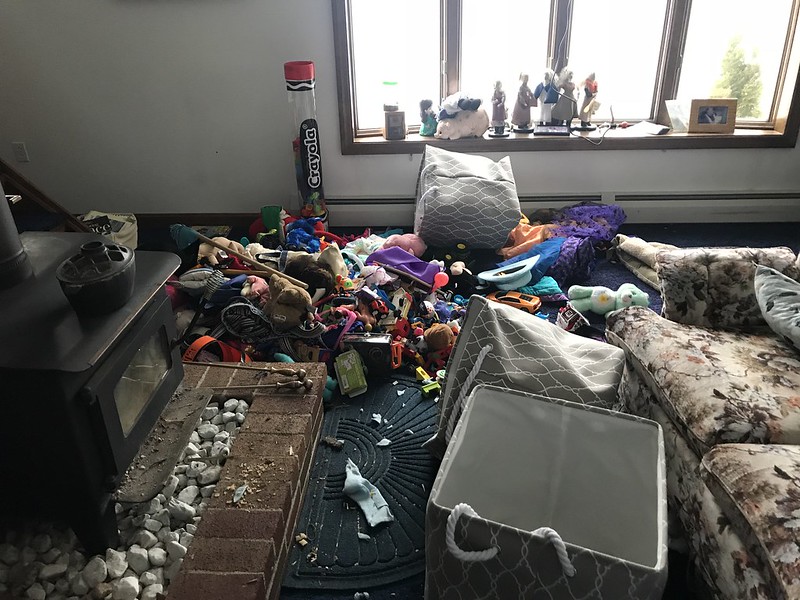 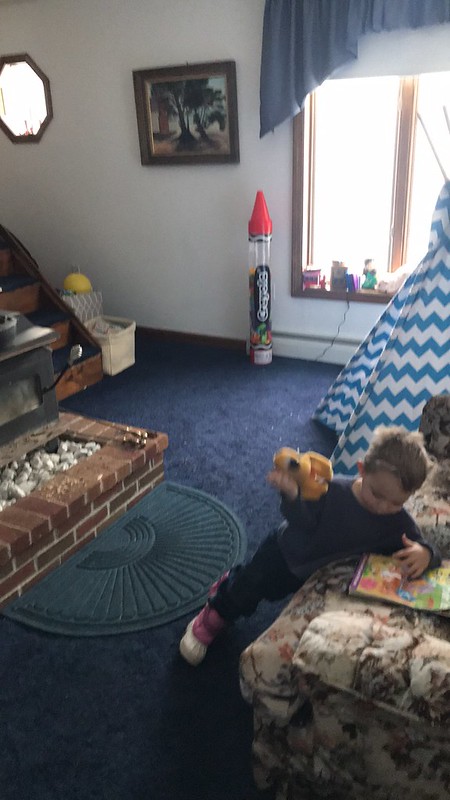 The national parks give us all sorts of great science activities on the road. However, those activities don't usually involve the branch of science closest to my heart: Chemistry. (Yes, I know it's supposed to be physics, such is life)....

I've never been so excited.... so giddy... to hang out at a truck stop.  To the uninitiated (read: me), I thought they were "gross".  No more thought beyond "gross", just "gross".  All that nonsense stops today.  These places are fascinating....

Last weekend we went to the Eje Cafetera in Quindio, Colombia with some of our very closest friends.  We had a ridiculously good time.  We got hooked up with an awesome 3 bedroom cabin on a commercial property that was formerly...