And We Swung By Istanbul For Fun

If you head to Istanbul, here’s a piece of free advice: If you don’t observe Ramadan AND you only have 6-7 hours to explore, it’s probably best not to show up on the last day of the holy month.  Eid al-Fitr is a very big deal – Christmas-level big deal (maybe even bigger, if that’s possible).  Fun to be there but…

Everything is closed.  Shut down: Celebration in Progress.  Go away until this afternoon.

We lived there for years.  I know this.  And yet… I managed to put our feet on the ground literally during the final minutes of Ramadan.  Couldn’t have planned it worse if I tried.

During a 9-hour layover in Istanbul, we planned to have Evie practice pronouncing her “weird” middle name.  She had a passport application into the State Department by 5 days old and was on a plane when she was 8 weeks old.

We consider Turkey “her” country.  (Jack’s is Colombia. He really ought to have a second middle name… something like Juan or Don.)

I planned a grand itinerary:  start with the Hagia Sofia (my personal favorite), then the cistern (because it’s super Indiana Jones-y and probably the most shocking site), then walk over to the Grand Bazaar – the heart and soul of ancient Constantinople.  We weren’t planning to hit the Blue Mosque and Topkapi (although I really want to see the Piri Reis in the archives – not sure that’s even possible but we’re going to come up with a compelling homeschool reason to petition to see it).  There’s time for all that during the next visit.  If we were feeling particularly energetic (not likely after the last 24 hours in Bangkok) we’d walk over the bridge and up to Galata Tower and maybe all the way onto Istiklal.

None of that was possible – apart from walking around and seeing the outside of all those places.  To double down on that, the kids mutinied.  They pulled out the biggest best nuke our of their arsenal: fighting.  That was followed by whining.

Message received:  get back to airport ASAP.

We hung out in Sultanahmet for awhile watching large groups in prayer.  Unfortunately, we no longer have the “walk like a local” gait and the rabid salespeople did the thing they do.  One of them started to lure us to his carpet shop.  Standard protocol for the Golden Horn.  But Scott saw a blind alley and stopped dead in his tracks, “No way.  Not a change.  Get away from us.”  Brevity is one of his many talents.

After a guilty pleasure coffee from… Starbucks (yes, shame…. shame…..), we walked down to Bosphorus and watched the ferries and fishing boats.  Scott and I always enjoyed that (like every other Turk) and, happily, the kids now do too.  I got an authentic donor kabab.  While it was still hot in my hand, I hailed us a taxi and we beelined it to the airport.

It wasn’t exactly what I had in mind.  But Evie did practice some basic Turkish.  That is officially the third language (not including English) she tried on this trip.  Very cool.  Jack made {a weirdo} friend.  The little people have officially been introduced to the country.  I feel good about that. 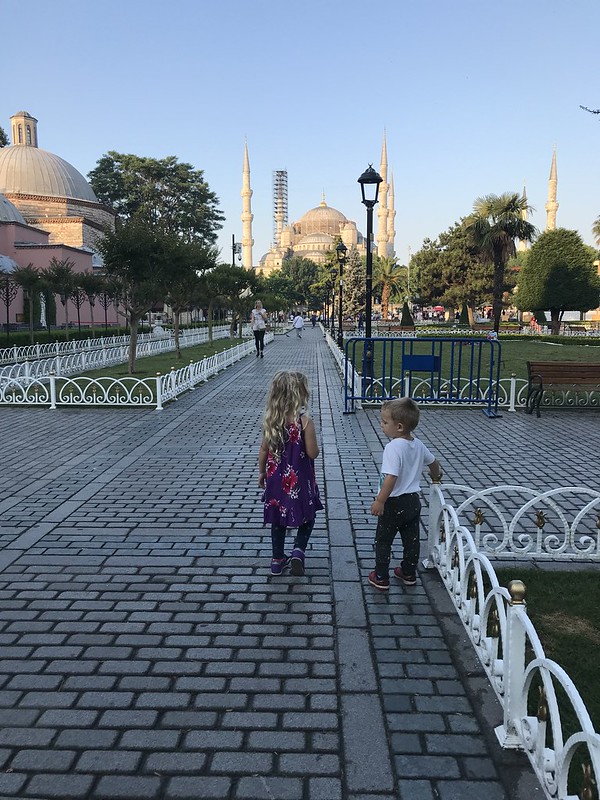 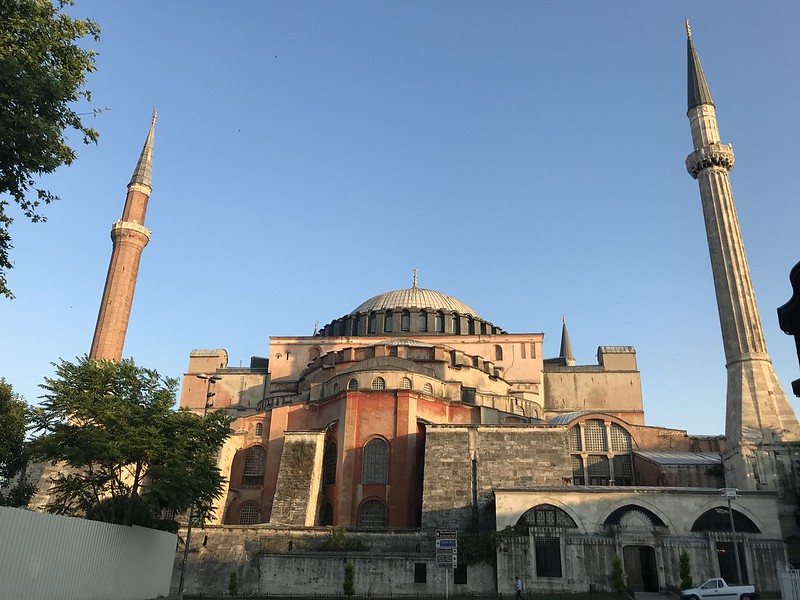 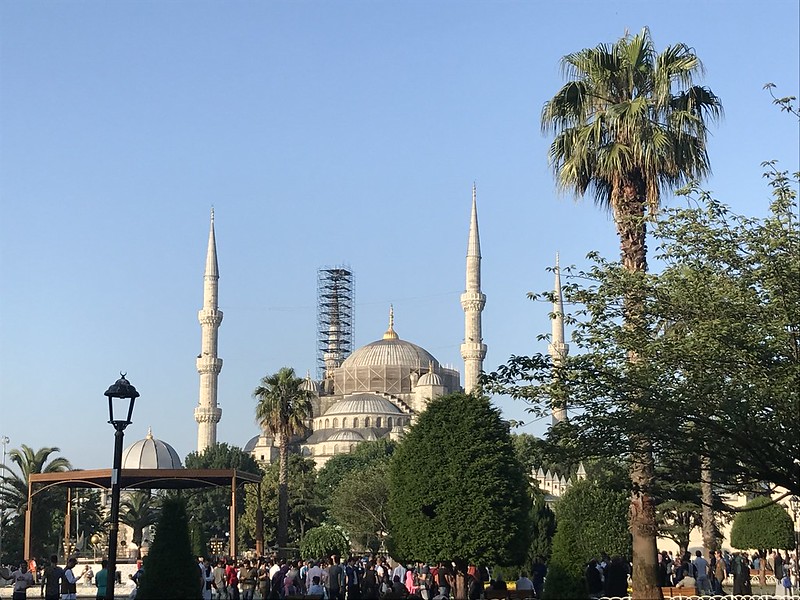 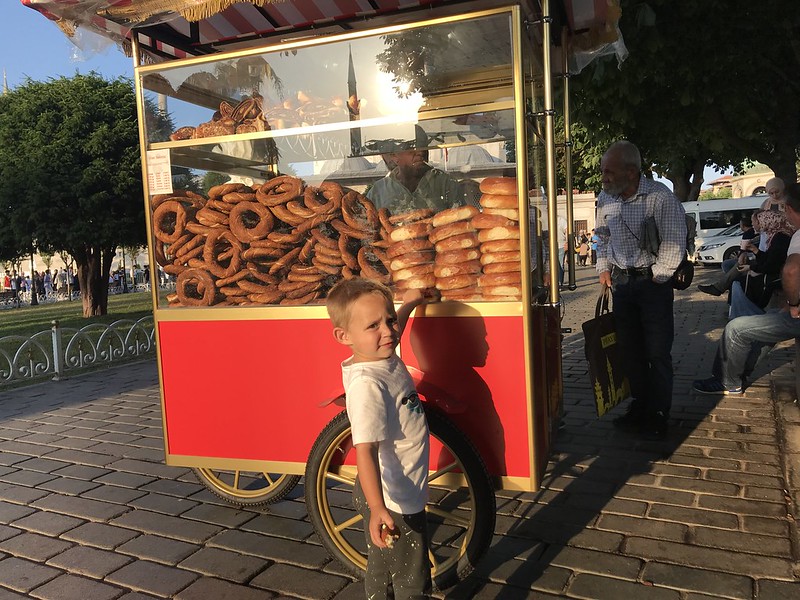 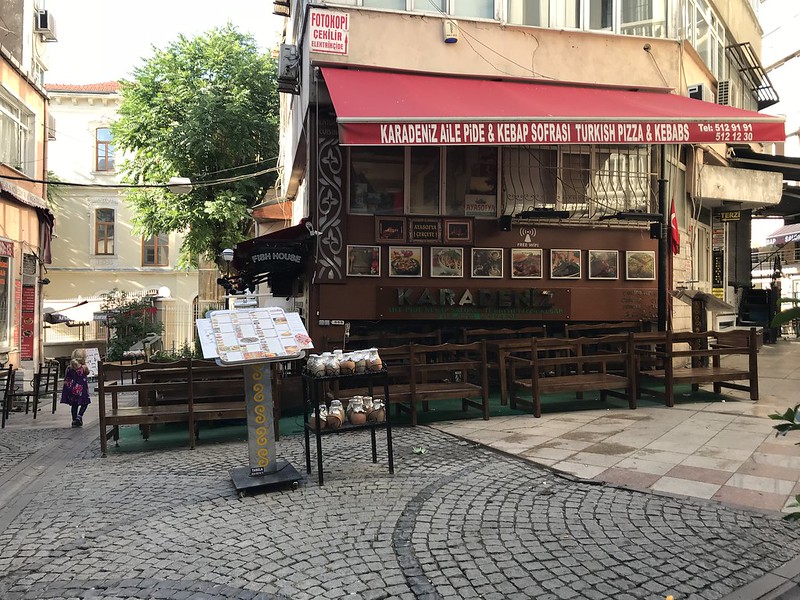 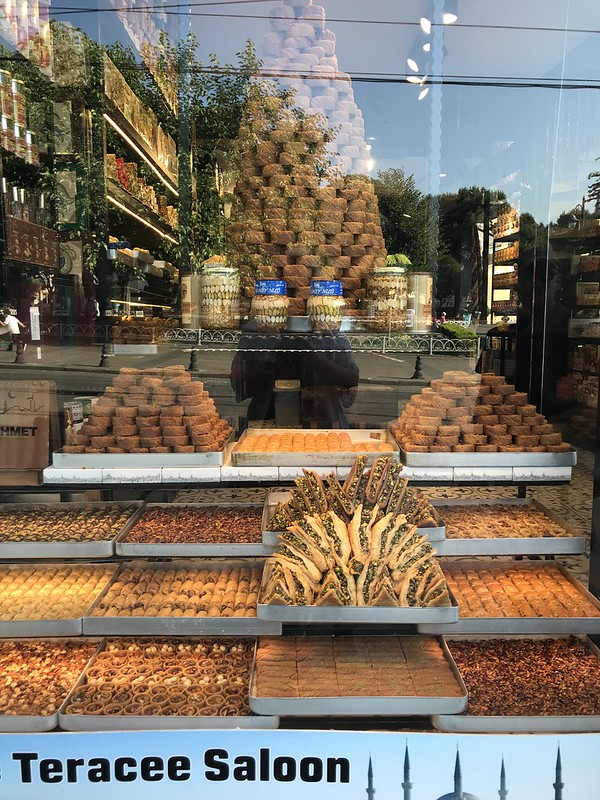 For Tina… they like the street cats.  You have your next generation people. 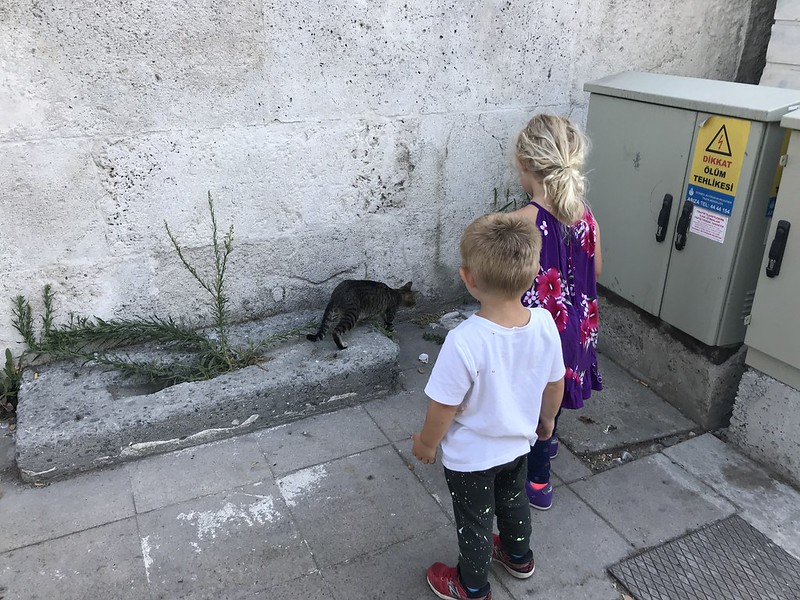 The spices… can’t get better than the spices in Istanbul. 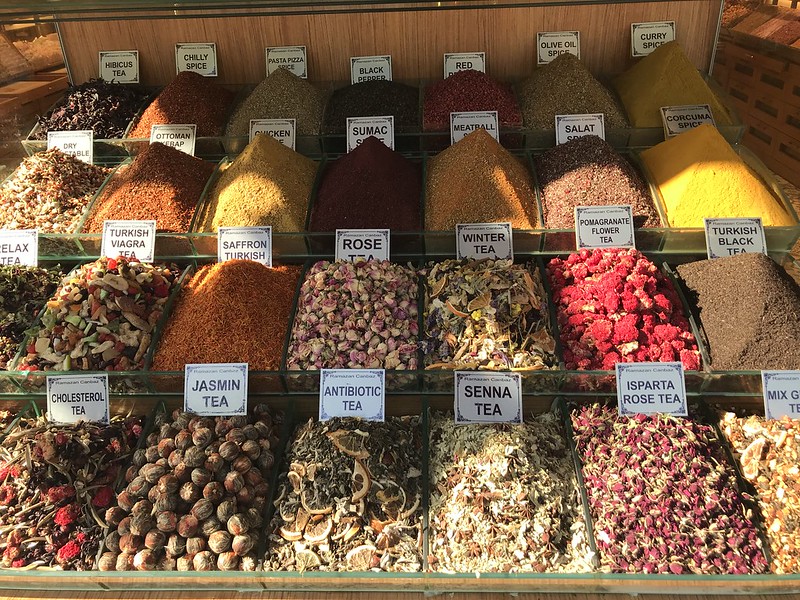 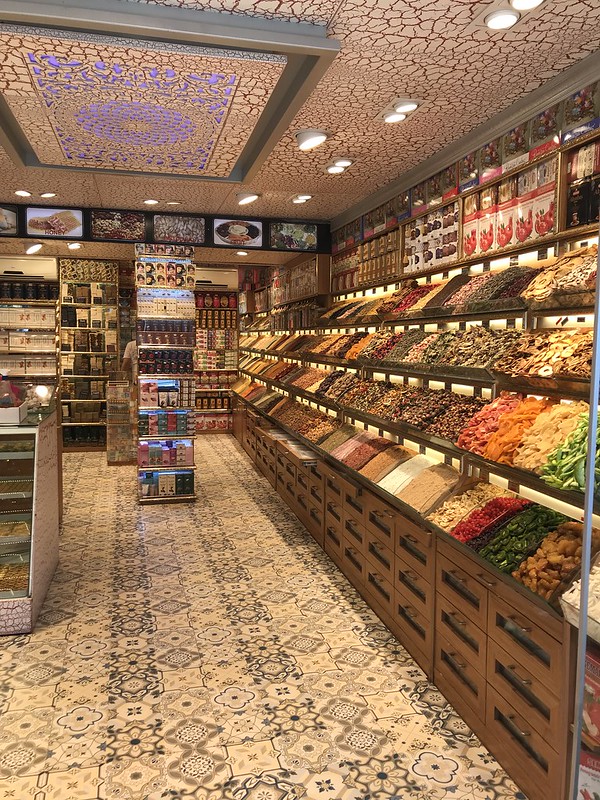 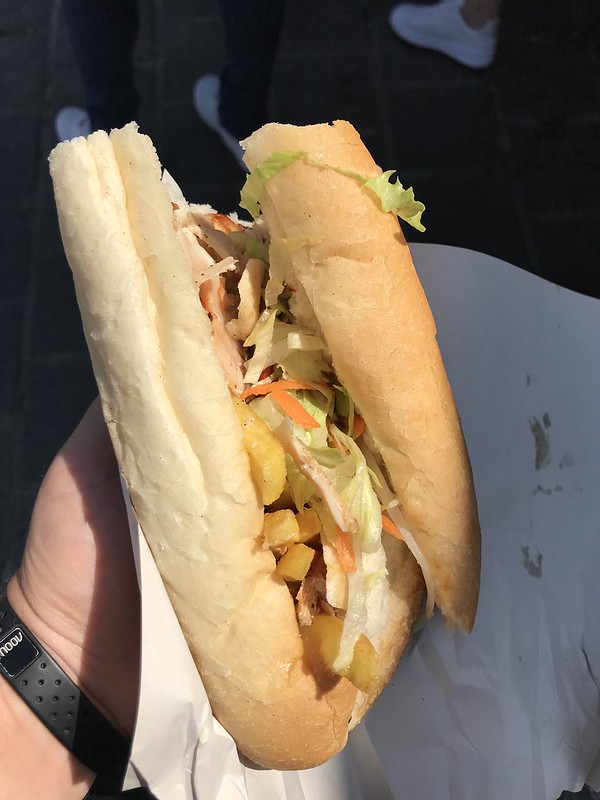 This kid loved Jack. Loved him.  He’s maybe 15?!  We let them have a Turkish / iffy-English conversation for a bit.  But for the record, if you wear yellow shoes, I have my eye on you.  I don’t trust yellow shoe people. 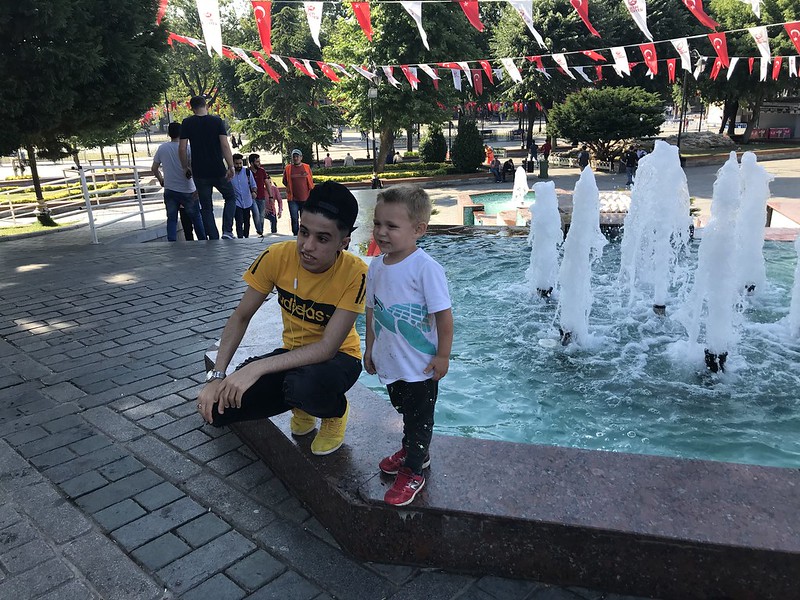 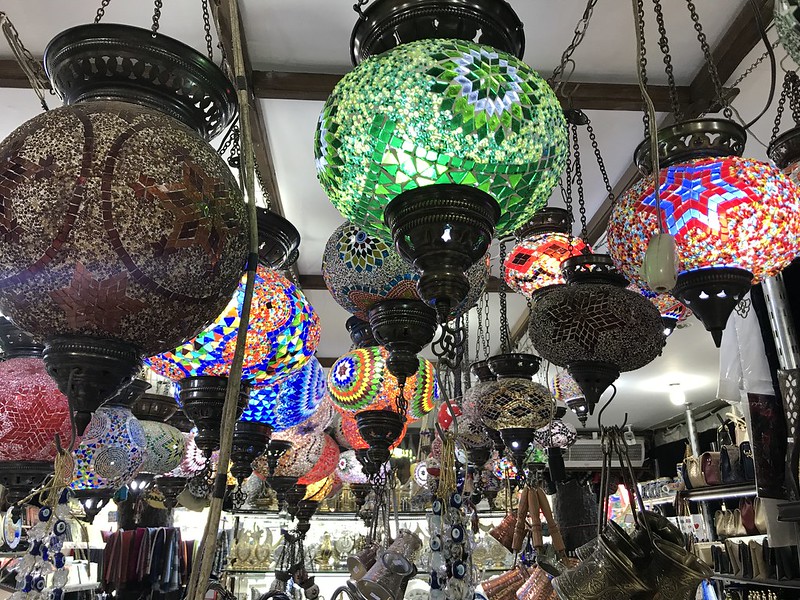 Corn is everywhere – it’s the national snack.  No wonder they’re so skinny. 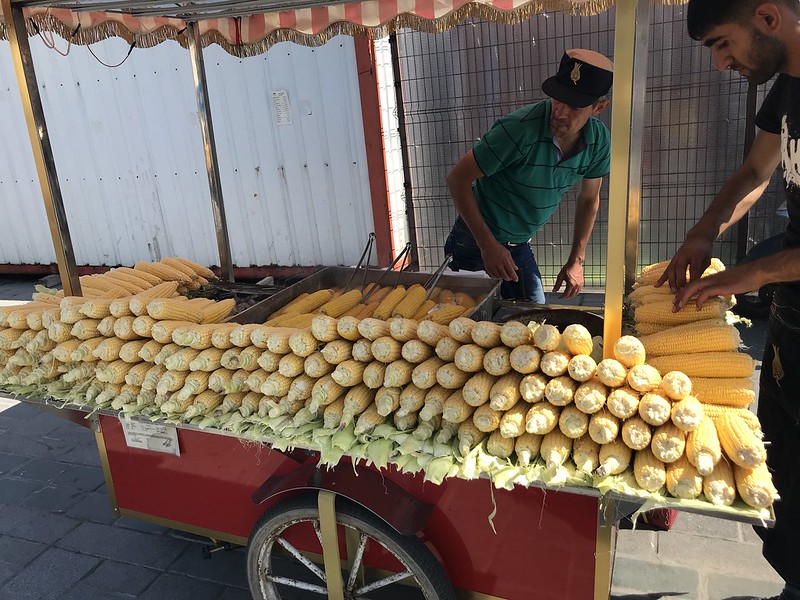 The Bosphorus Strait…. always beautiful.  I can’t explain it but this body of water is mesmerizing. 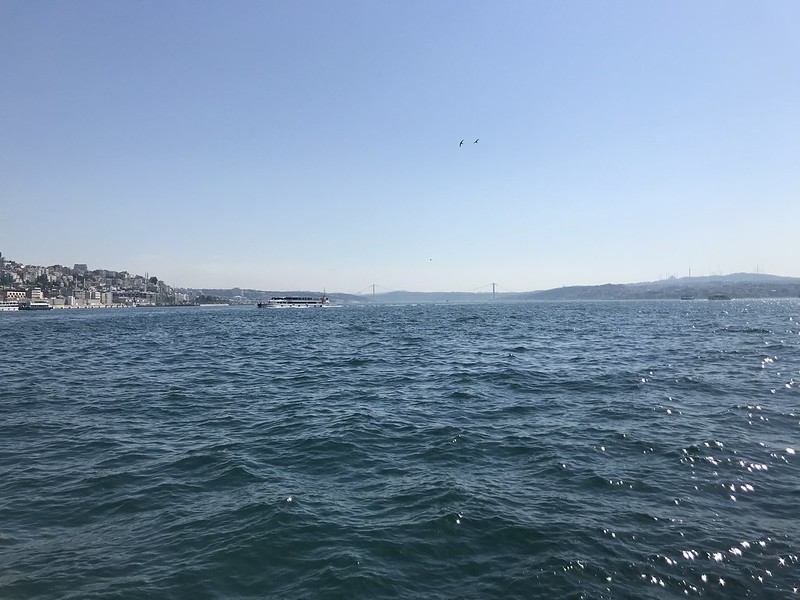 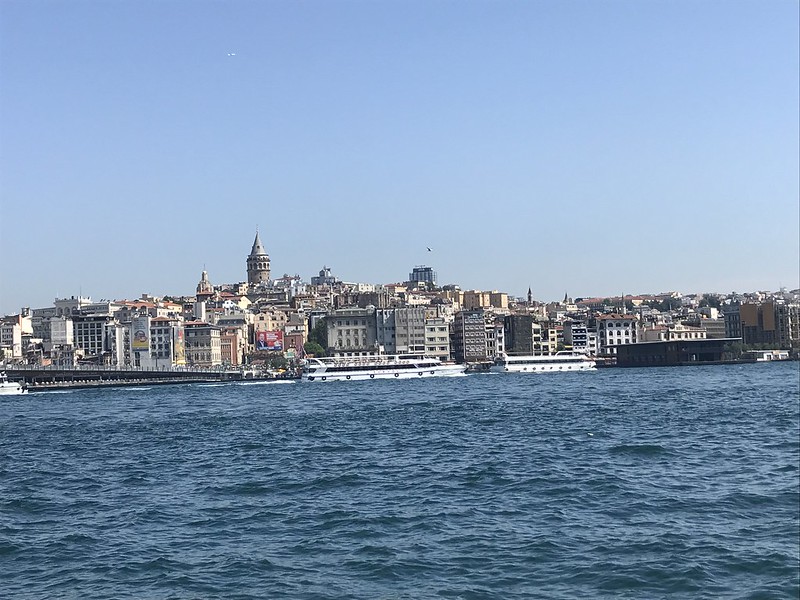 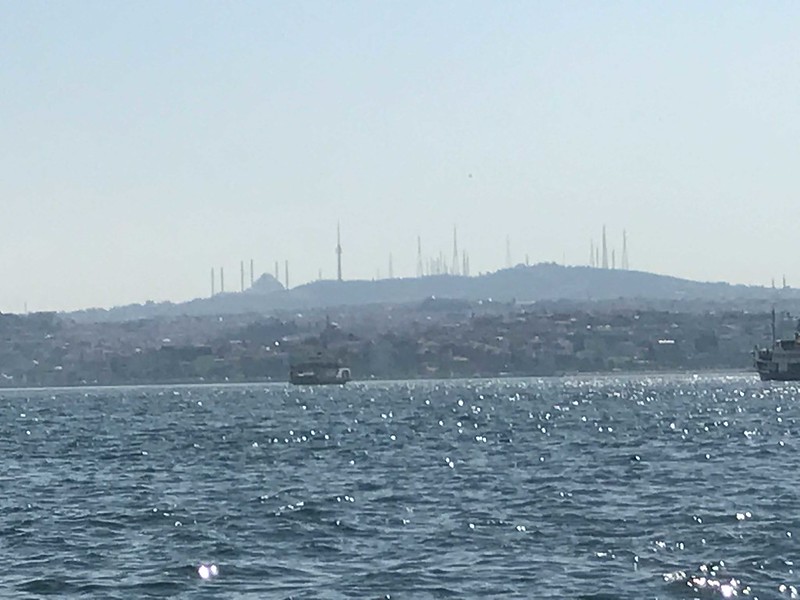 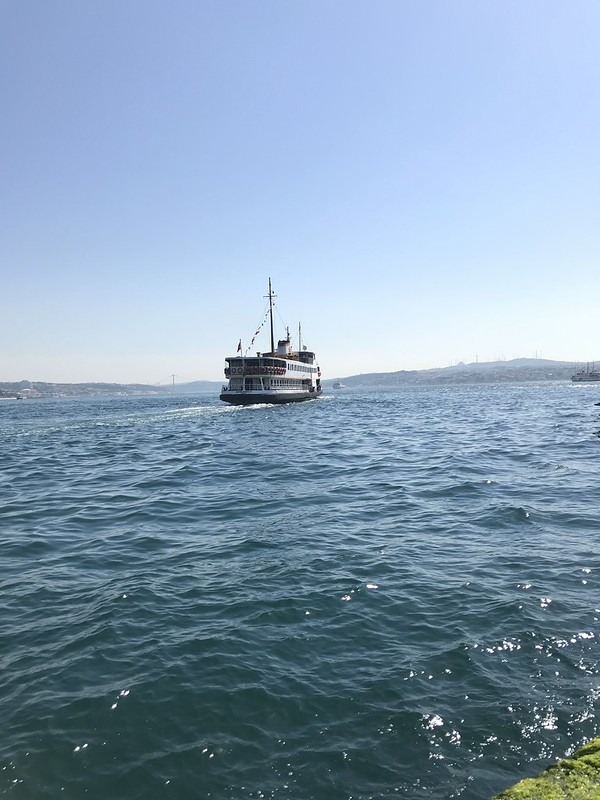 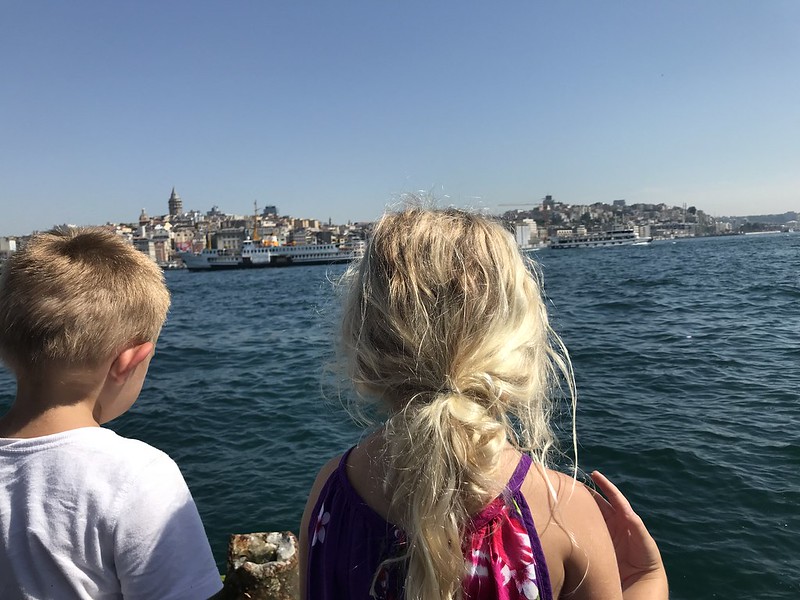 And since we were there right before a big national election, of course, the face of Mr. Erogan (their Donald Trump) was EVERYWHERE.  Like… 1984 everywhere.  Big sigh. Things have changed so much over the years.  They used to be so proud that religion had no part in their politics.

Kamal Attaturk, their George Washington, was a visionary, a thought leader, a master of judgement.  “My people are going to learn the principles of democracy, the dictates of truth and the teachings of science.”  (Attaturk quoted in Atatürk: The Biography of the founder of Modern Turkey, by Andrew Mango.) 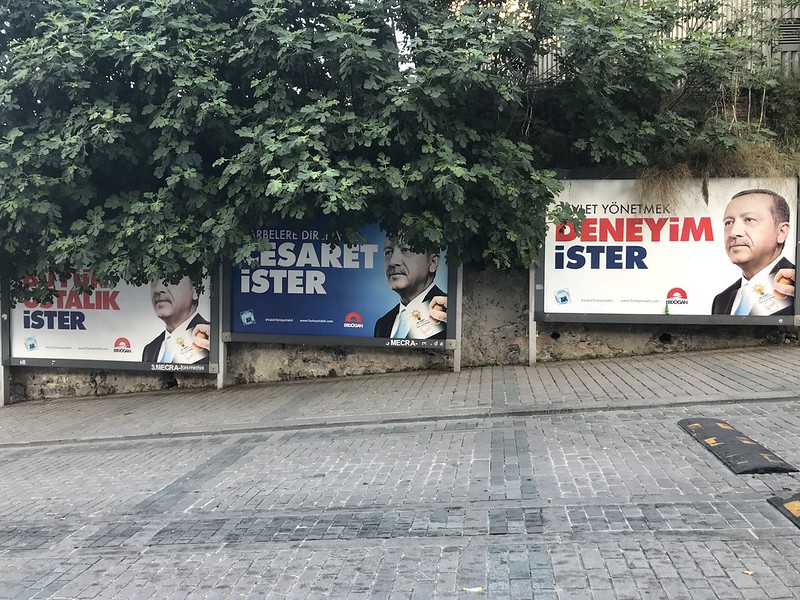 In the taxi back to the airport…. the kids’ gas tank was literally on empty since about Railay Beach, Thailand.  There will be a lot of sleeping coming up. 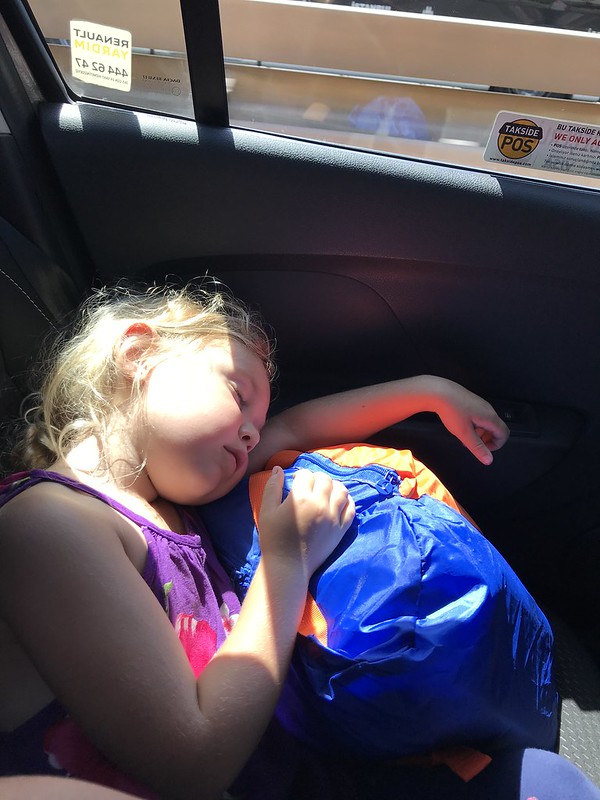 And here’s Scott – always working.  If he can get online, he can work.  And he does.  Everywhere.  Anytime. 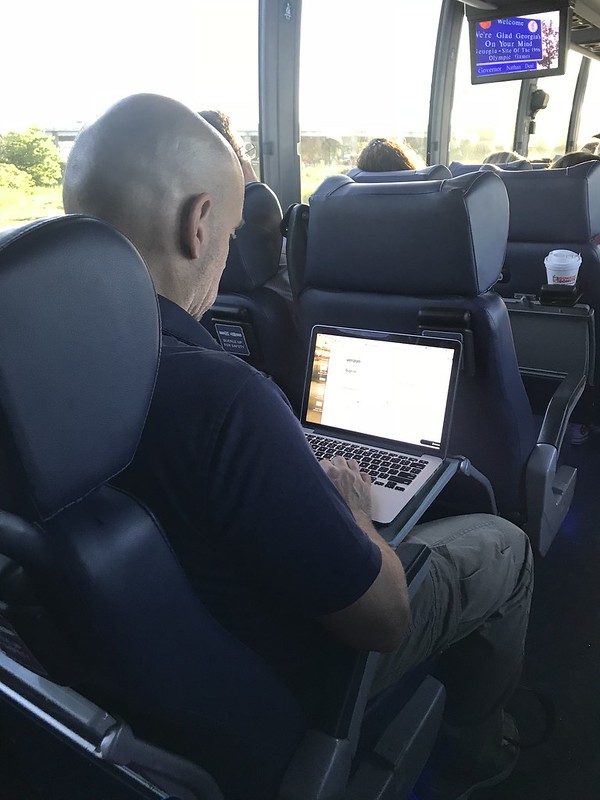 At camp, the day after we got home.  All day. 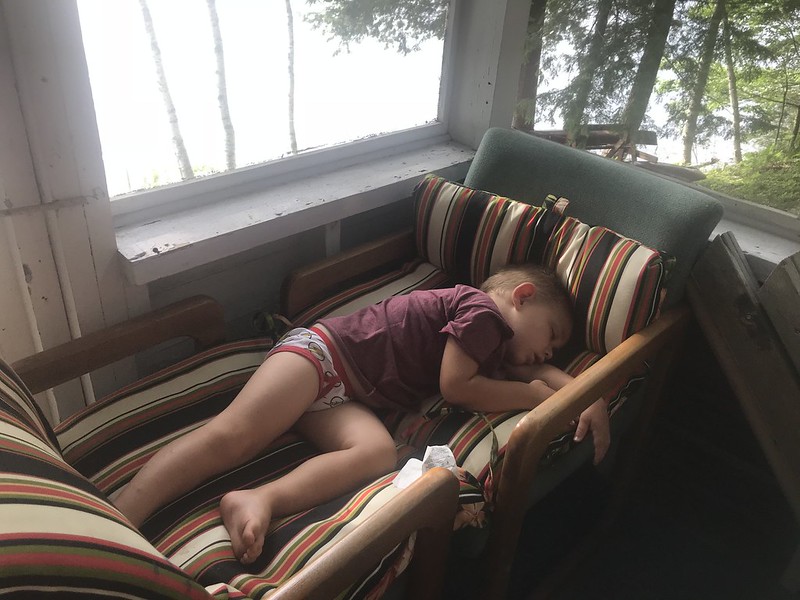 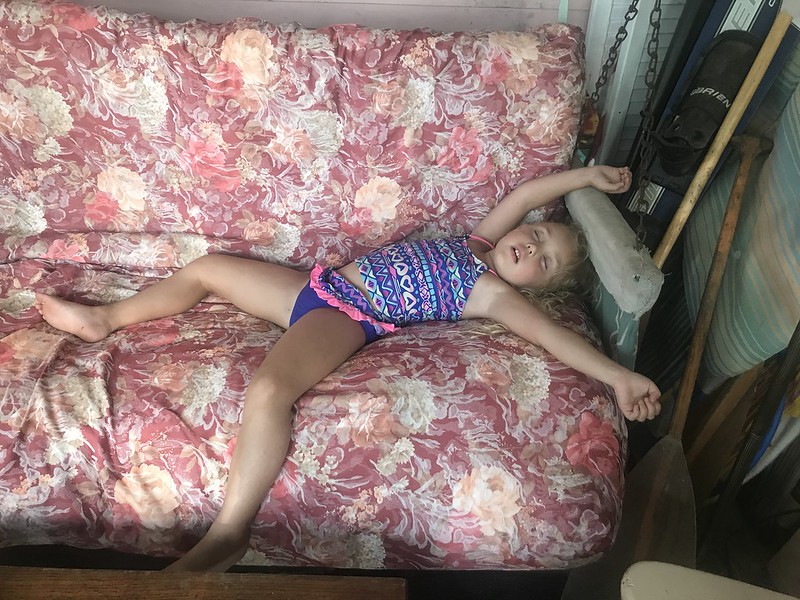 I like old: old places, old music, old movies.... which is probably why I haven't been able to hear anything in my head but "Oklahoma is the place to be.... Farm life is the life for me..." since we entered...

What IS The Plan?

Standing around with all my uncles and Grandpa Mike on Evie's birthday, someone said, "So Traci, what's the plan?  Where are you guys heading?"  Good question. Me, "I was dialed into Thailand, probably Chaing Mai.  But Scott lights up when...

Hop On Hop Off

I'd been tracking the Alcatraz tickets online for a week or so.  Again, I'm not a planner so that seemed like a giant level of effort.  There were plenty available so I didn't bother to purchase them.  Let's keep things...