After packing his parachute, he and some of his friends made his way over to the crowd.  The Golden Knights had just opened the 2018 Great New England Air Show by flying the flag during the national anthem followed by an impressive group jump.  He must have been mid to late 20s, dark hair, strong jaw, nice grin.  He saw Evie and came directly over to give her and Jack a high five.  I saw that guy and started clicking pictures. Hello, Good Lookin’.  Scott looked at me confused, “Ummmm… huh?!”  Me {with a wink}, “For Mariah… come on.  She’s single and ready to mingle.  I’m gonna send her some pictures of some pretty dudes.  Where are these guys stationed?  We need to get her there.”  Eyeroll, typical auntie move.

Grandpa Mike and Grammie Denise planned and executed a fun-filled, action-packed weekend for us.  Nate had been to the show in the past and loved it.  Jack is going to be a pilot – mark my words.  It’s not that I want him to be a pilot, it’s that he lives and breathes airplanes (and basically anything else with a motor).  Evie gets a kick out of any event.

It was settled in April that we would go to this show.

The difference between going somewhere with Grand Support and without it is night and day.  For example, Grammie, Grandpa and Nate arrived early and scored us front row seats.  Anyone with little people knows how rare this is.  You couldn’t pay me enough money to sit in a crowd on a tarmac for any longer than is absolutely necessary with the little people by myself.  They always wander away or try to scale the barricade between the people and the planes (which would bring the show to stand still) or spill stuff on strangers.  But with Grand Support… whoa baby… it’s 8 eyes (10 if I count Nate – and I do – he’s impressively responsible) on Evie and Jack.  They were boxed into a Super Max-level security zone.  It was glorious.

The weather was ideal – blue sky with enough clouds to keep the sun off us.  75 deg.

I love the US military.  Like a cherry on top of an ice cream, they do air shows really really well.  It’s organized, efficient, clean, exciting, educational and free.

Some of the highlights:  a color-changing plane that did things in the sky that defy physics, a giant truck with jet engines and big flames (the fellas in our group liked that one best), going inside a giant C-5 Galaxy, pretty men falling out of the sky and, of course, the main event, seeing the Thunderbirds perform.  We missed a meet and greet with an astronaut (I know…. I know… but there was so much going on) and a robotics demo that would have been really cool to see.

What a day!?  We’ll be attending again in the future.

P.S. I did some research.  The Golden Knights are stationed out of Fort Bragg, NC.  Funny…. I think we might know some folks in that area.  I’m certain they’d let us couch surf for a night or 2, Mariah.  What do you say… road trip?  I may be a 40-year-old, happily married Mom of 2 but old Auntie still has a trick or 3 up her sleeve.  I make an exception wingman. (If you need further proof, I have some girlfriends who are surely willing to share stories.  Ladies, at your discretion you are authorized to all disclose Level 2 and below hijinks.) 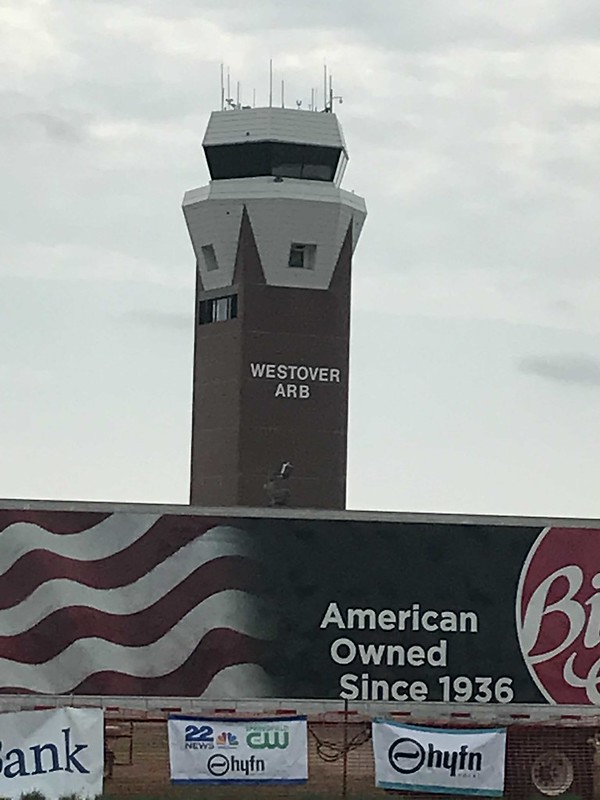 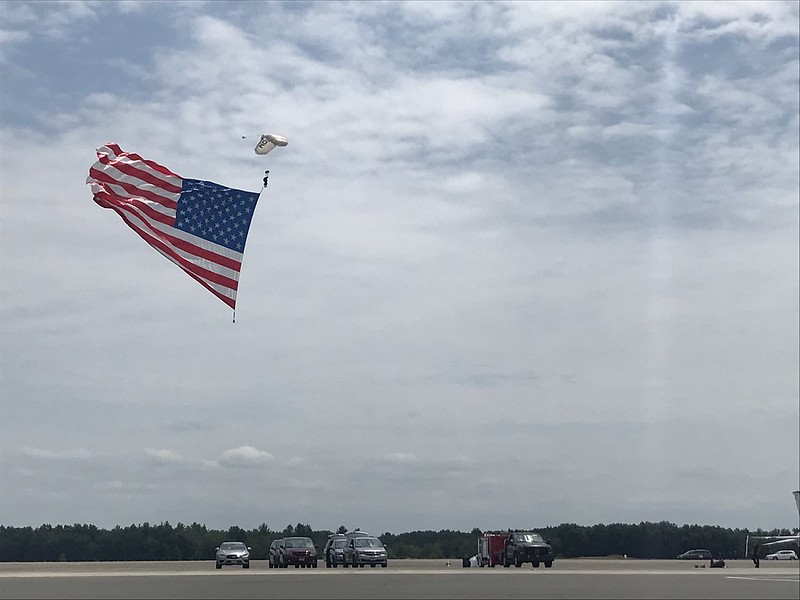 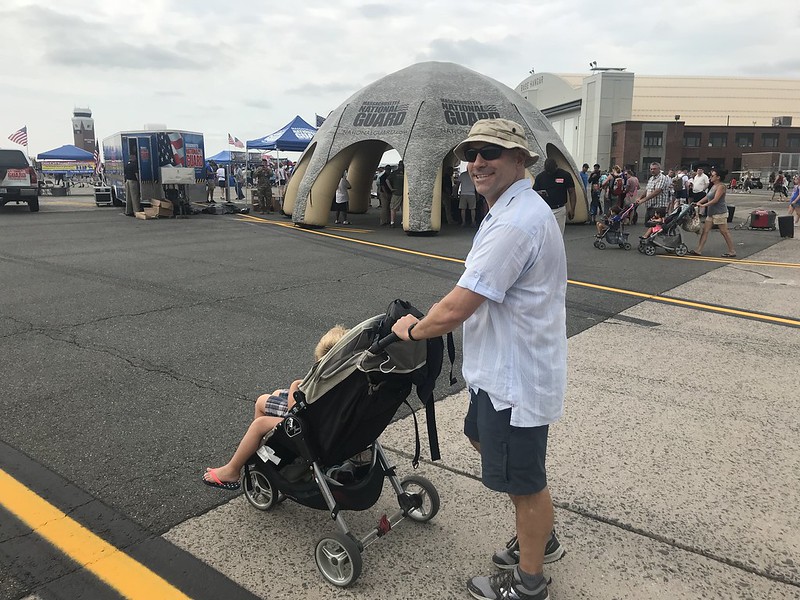 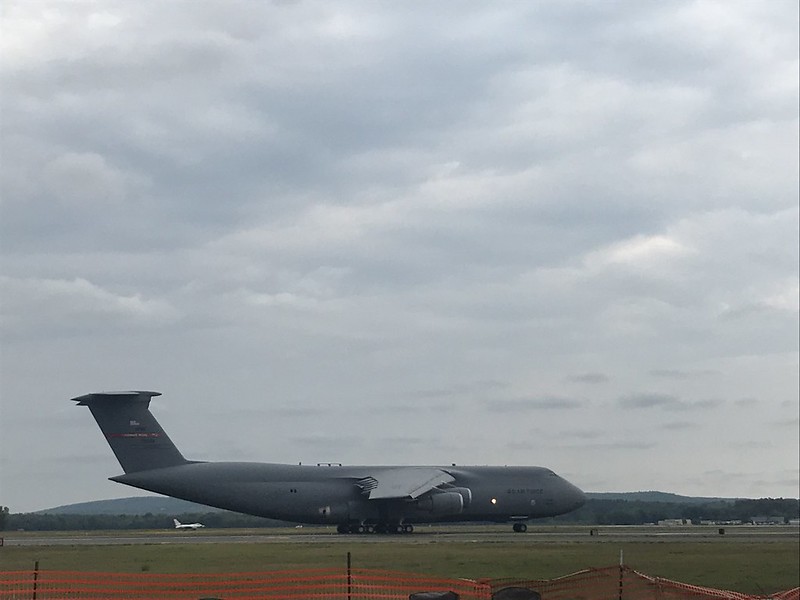 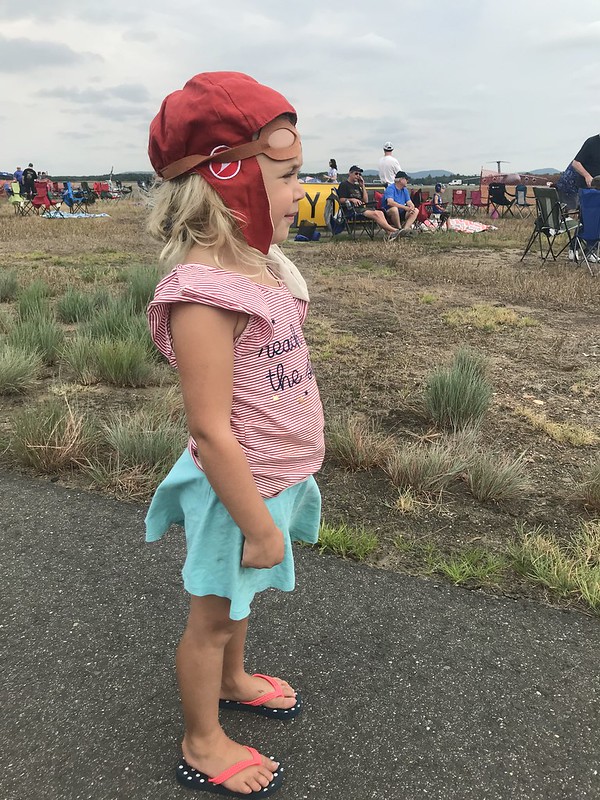 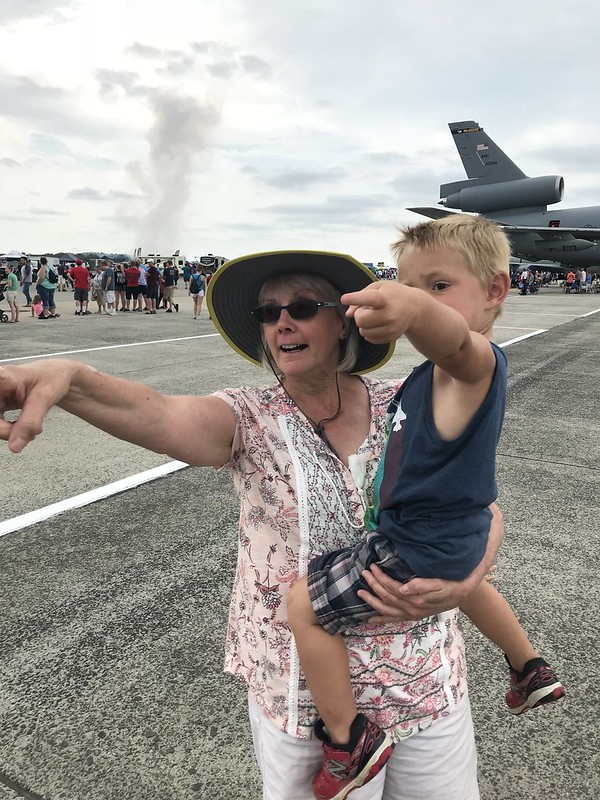 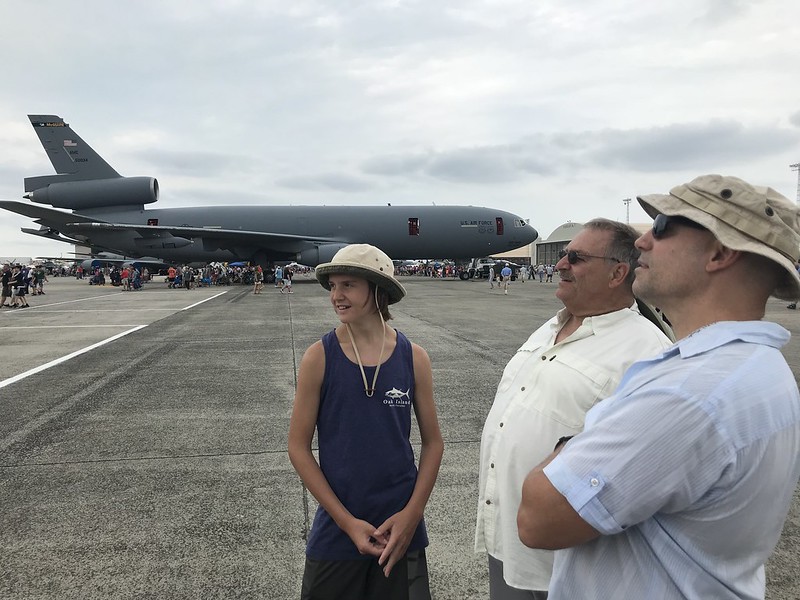 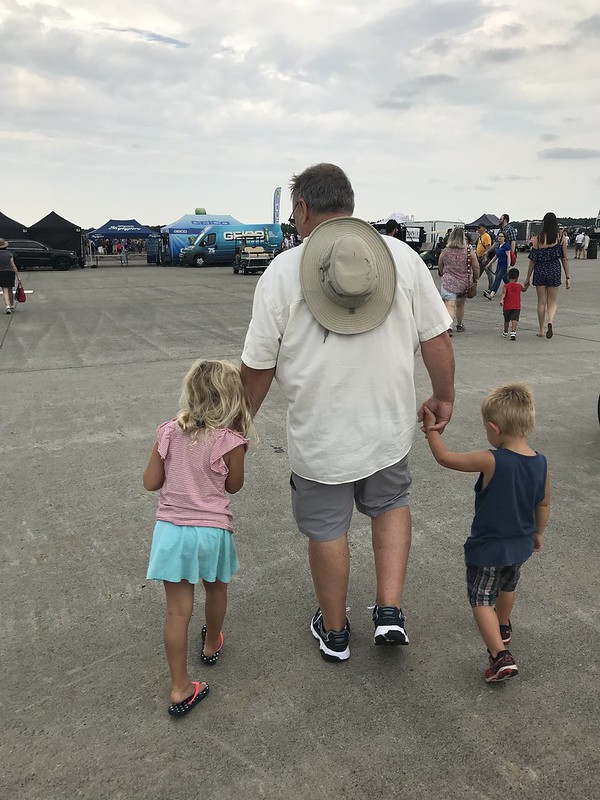 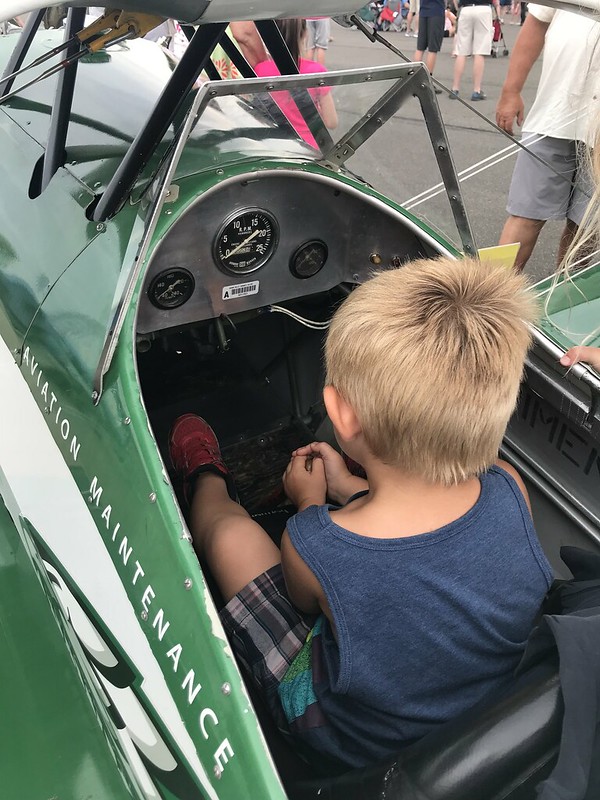 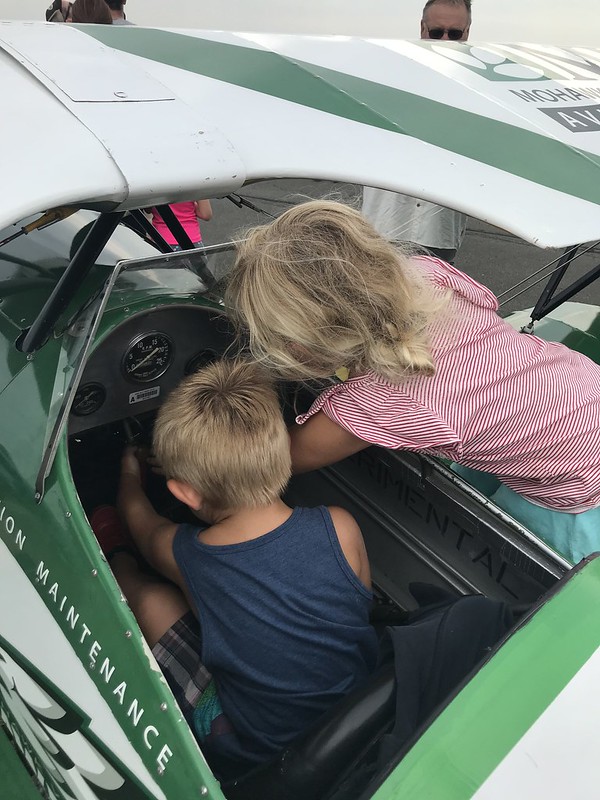 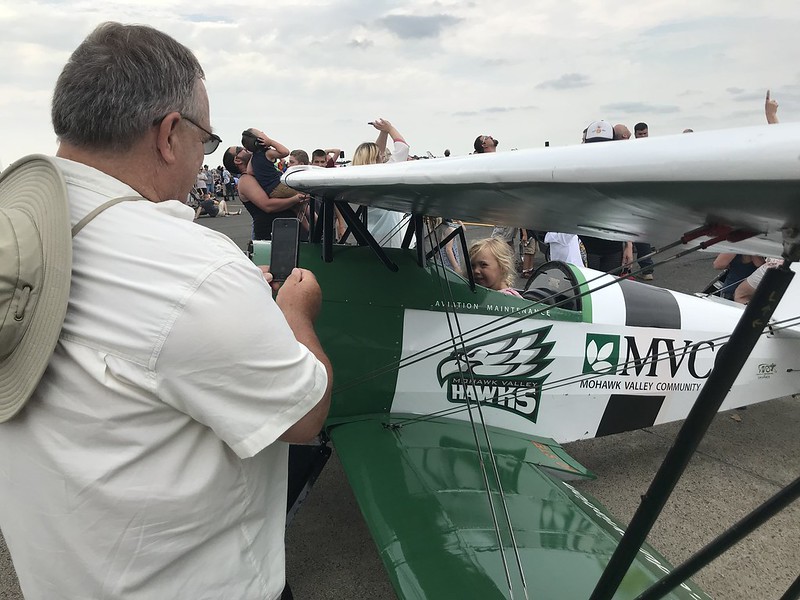 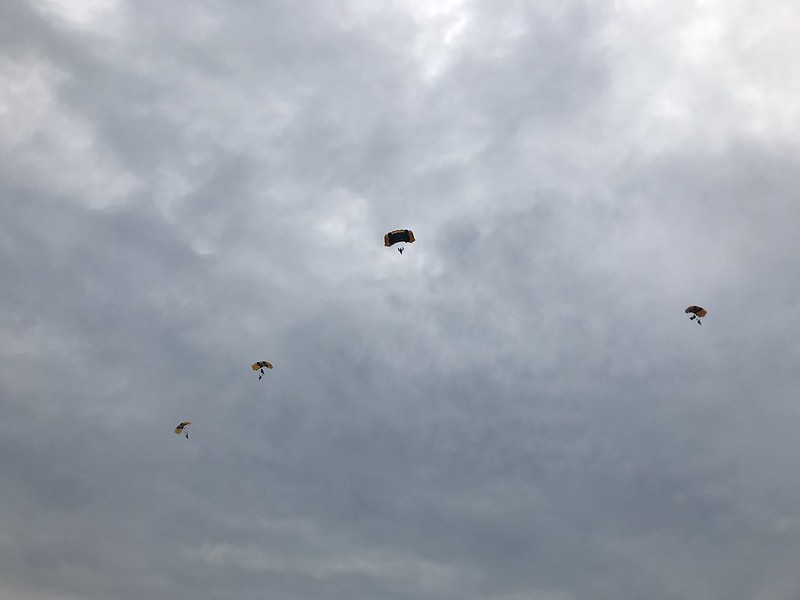 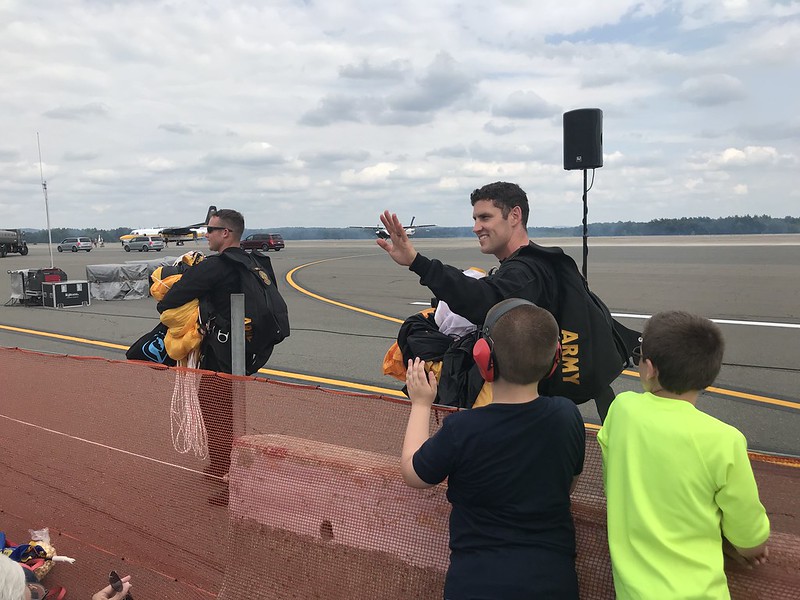 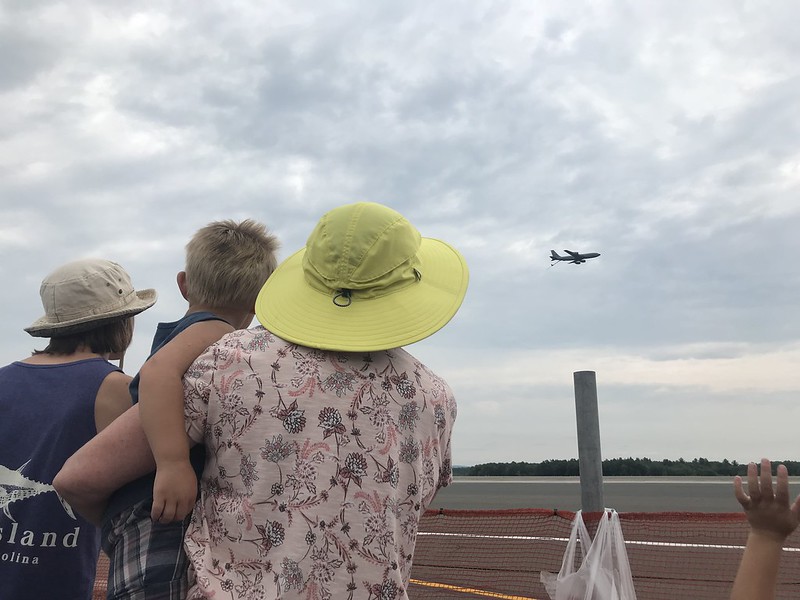 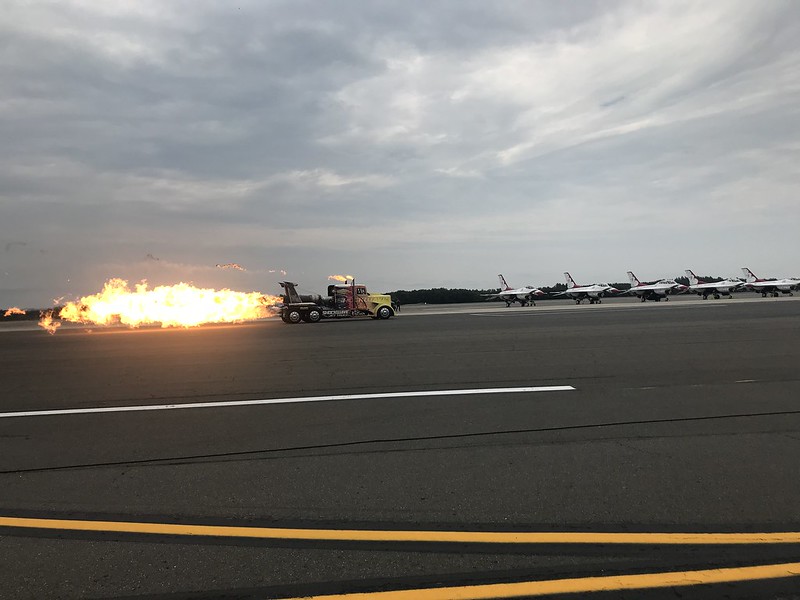 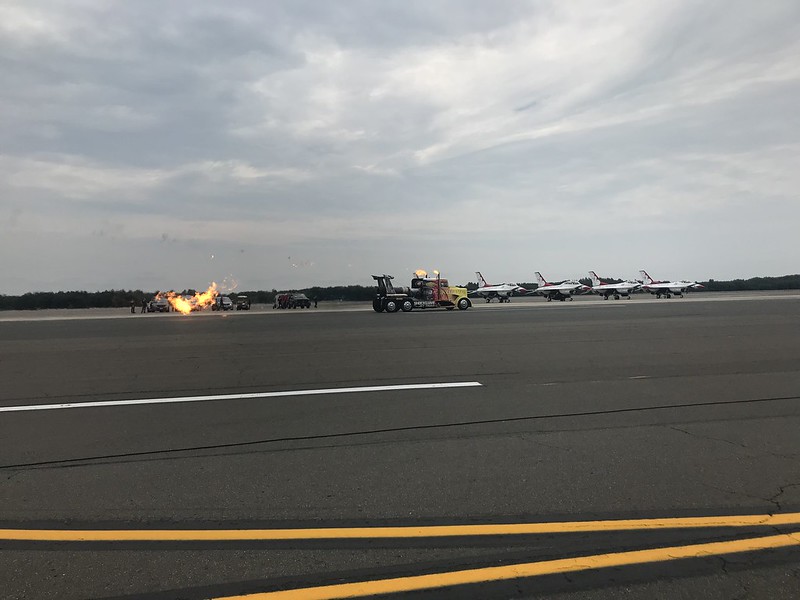 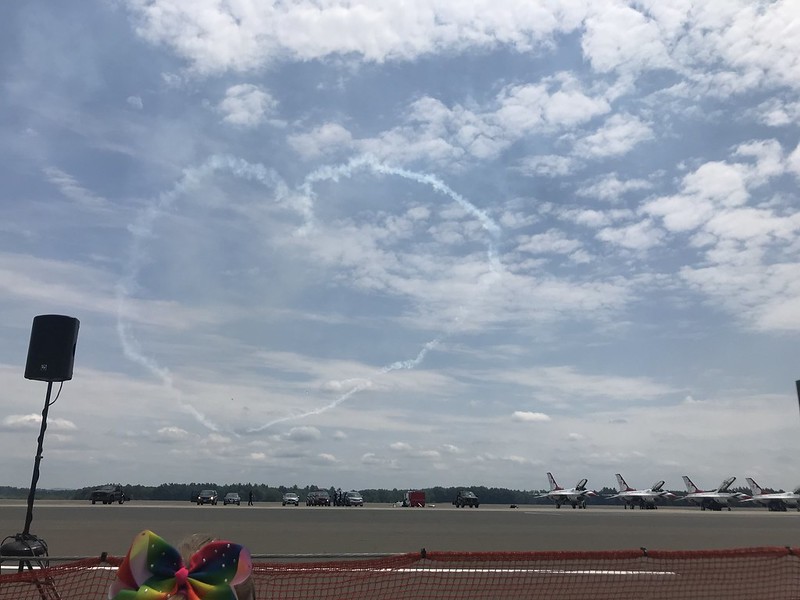 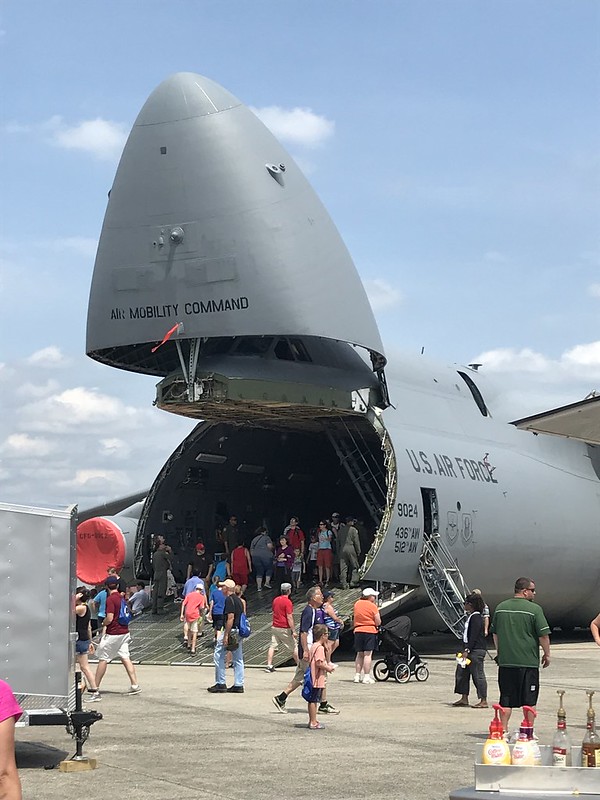 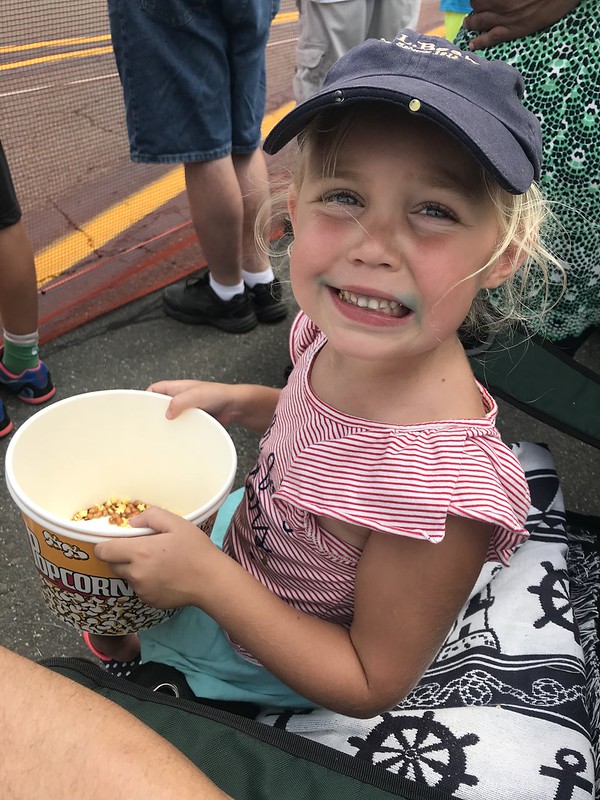 Typical, just as the Thunderbirds took off this was our situation on the ground.  Look familiar? 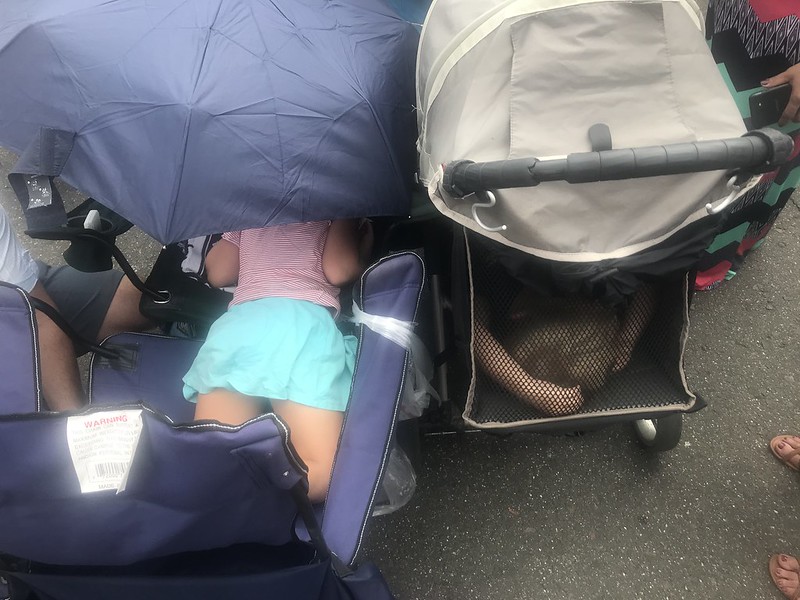 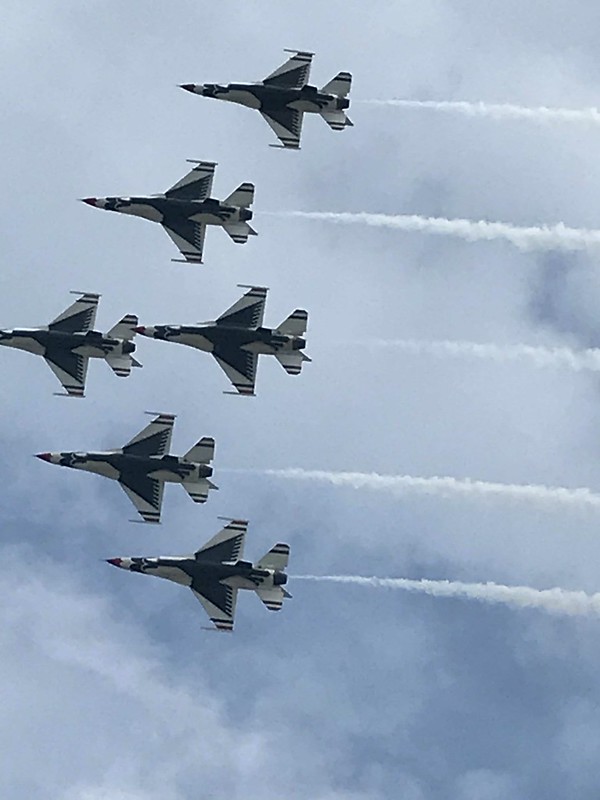 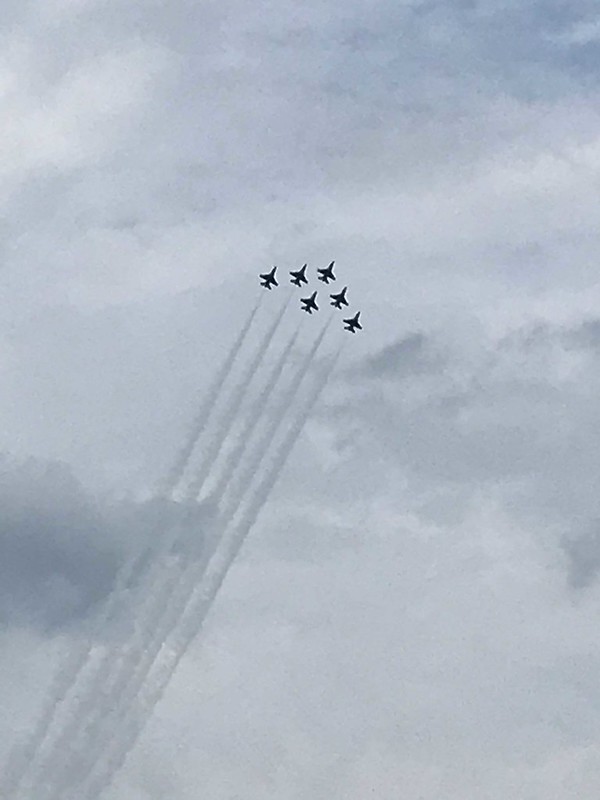 Previous Post
Baxter State Park: Middle of Nowhere Maine
Next Post
And We Swung By Istanbul For Fun