Daily LifePlacesThe Story of Us

Poor Scott.  He’s always having to manage these situations that randomly come up.  They always just seem to fall into my lap.  Great capers are just a part of my life.  He rolls with it… *usually* with a healthy dose of good sense of humor.

Here’s the deal.  We’re still north of Houston.  We have a remote spot in a national forest.  We found it on Allstays.com but it wasn’t on Campendium.com.  I can’t gauge how well-known it is.  I expected some company.  There was one other van one night and one guy who set up a tent at 9:30 pm, tore it down at 9:45 and departed the area…. but other than that it’s been surprisingly quiet in terms of other RVers. 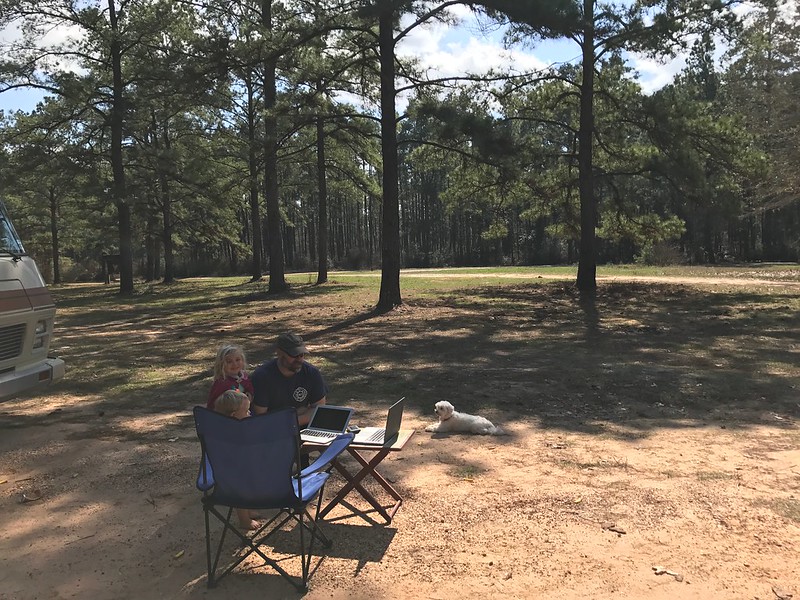 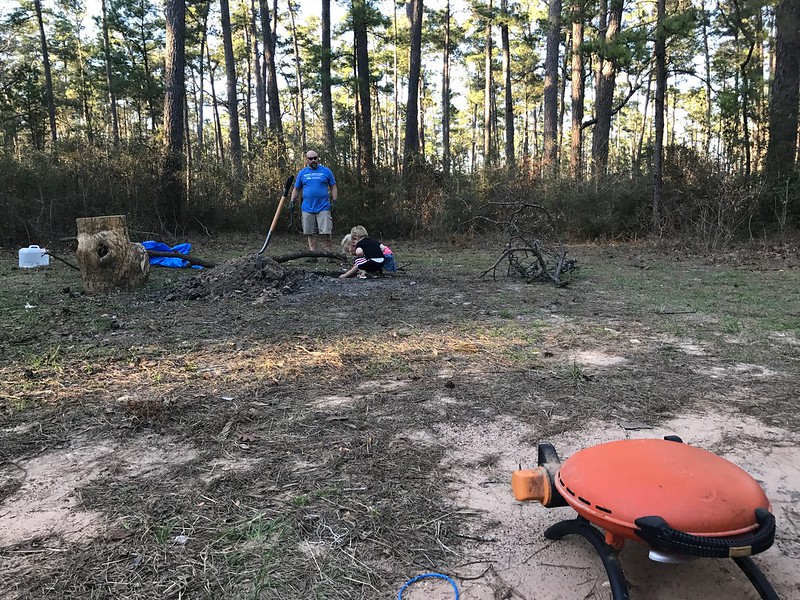 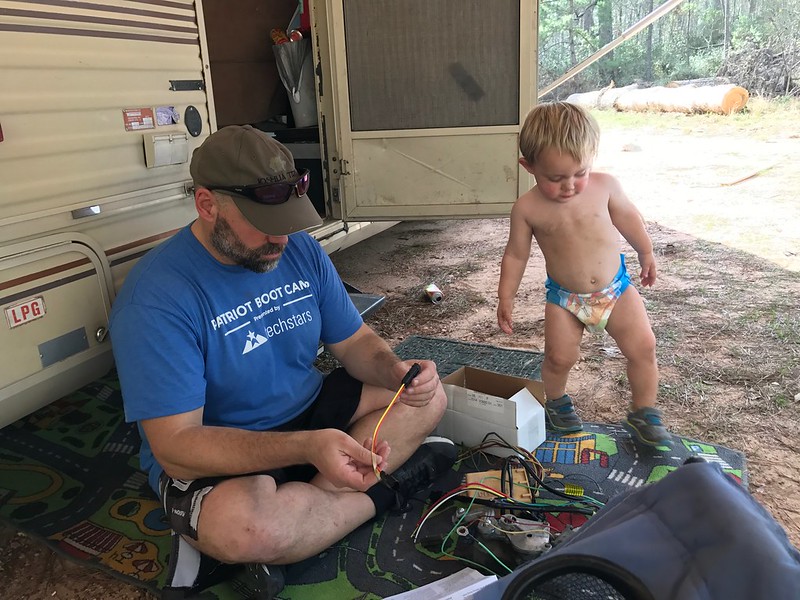 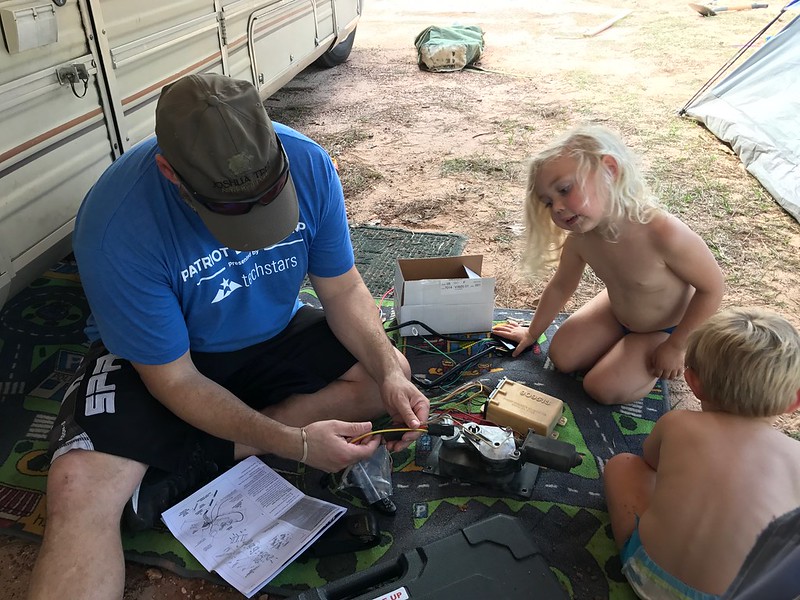 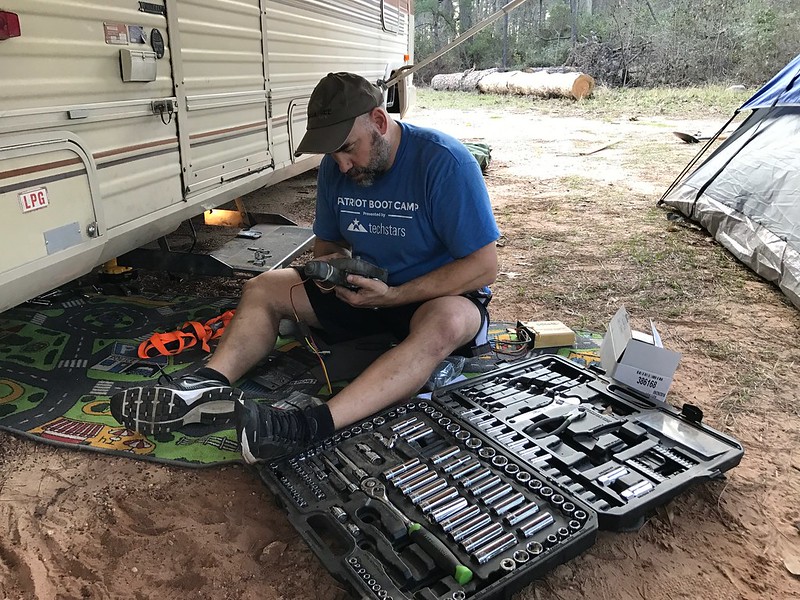 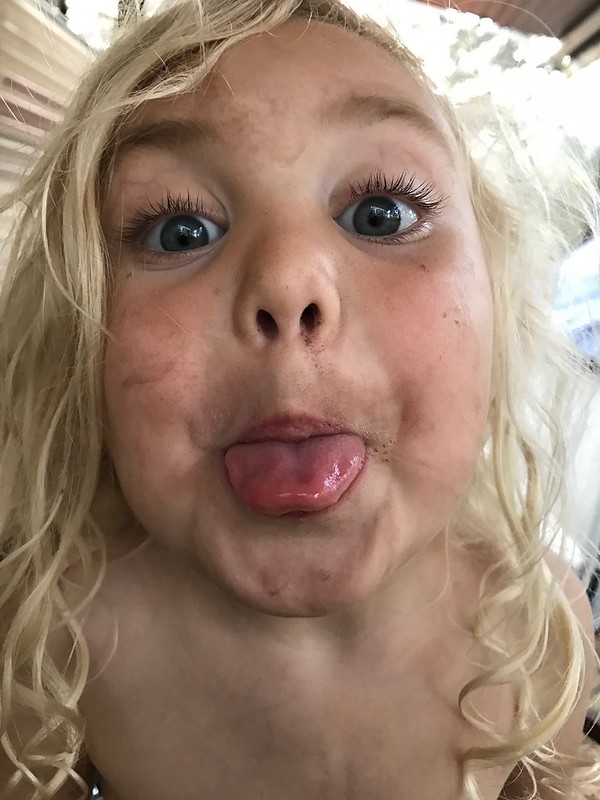 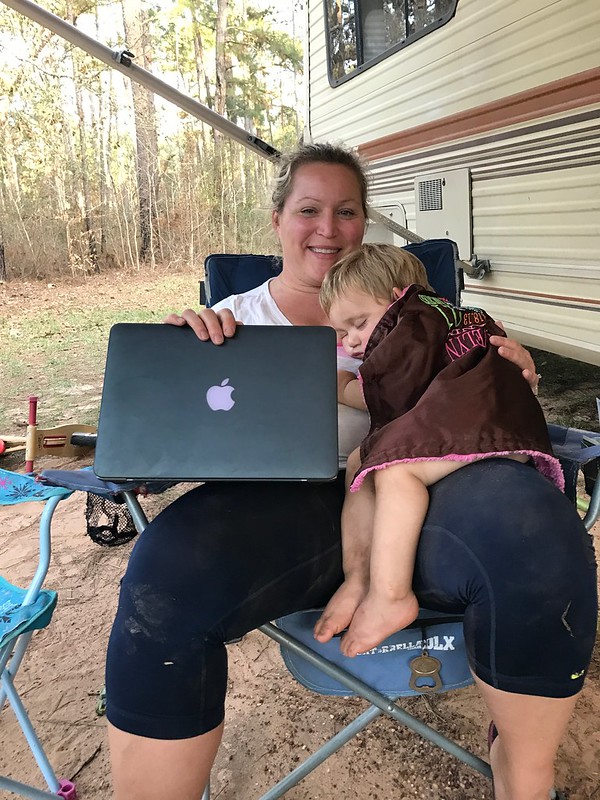 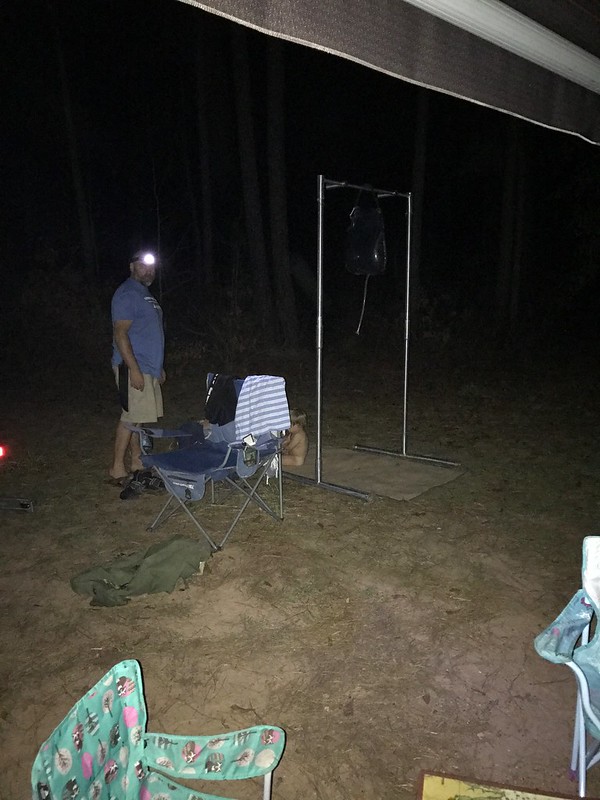 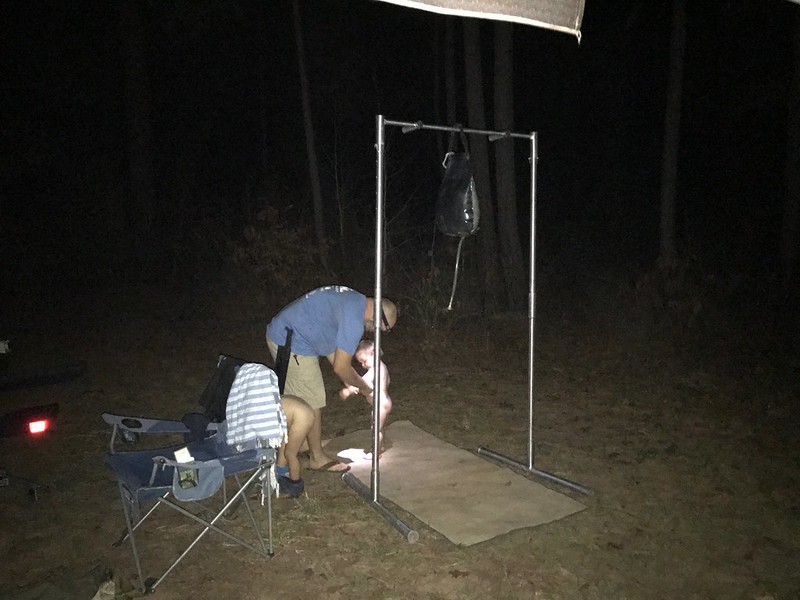 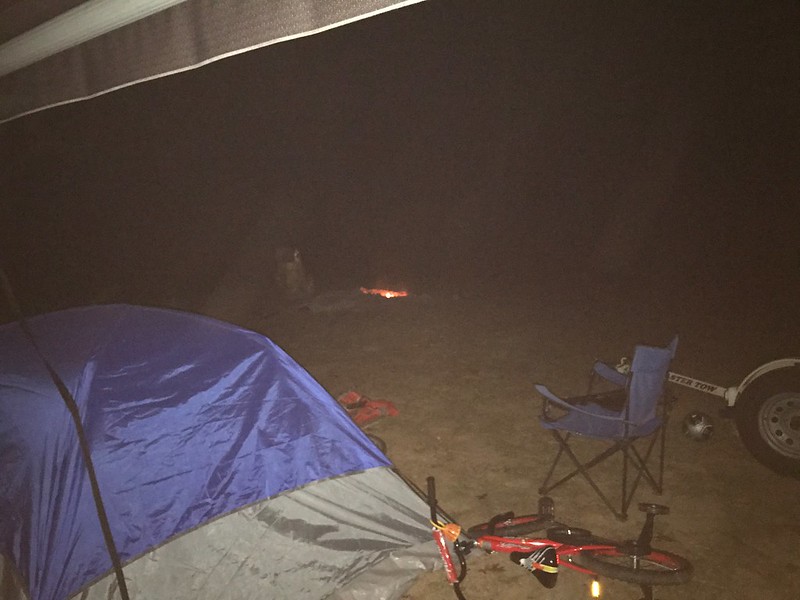 We do get periodic visits from different vehicles that come in, do a loop, slow down a bit… sometimes they stop very briefly, sometimes they don’t…. and then they leave.

I don’t have plate numbers yet, but I do have full descriptions of vehicles and drivers.

At first I thought (as usual for me) they were eyeing us.  Why I still think like that after living in a 1985 RV for almost a year… I will never understand?!  After living in Colombia, I guess my brain is just hard-wired.  No one is considering robbing us.

I paid closer attention the other day.  They all slow in the same spot.  This is… a clue. 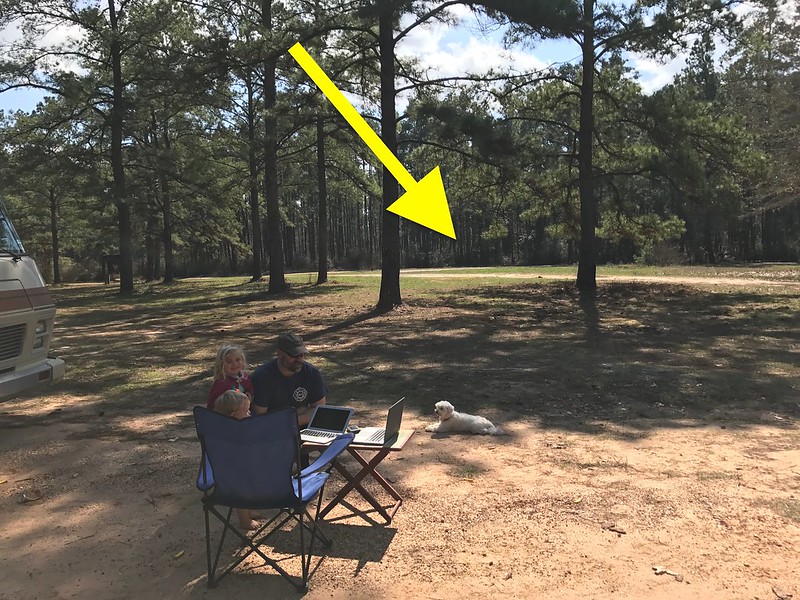 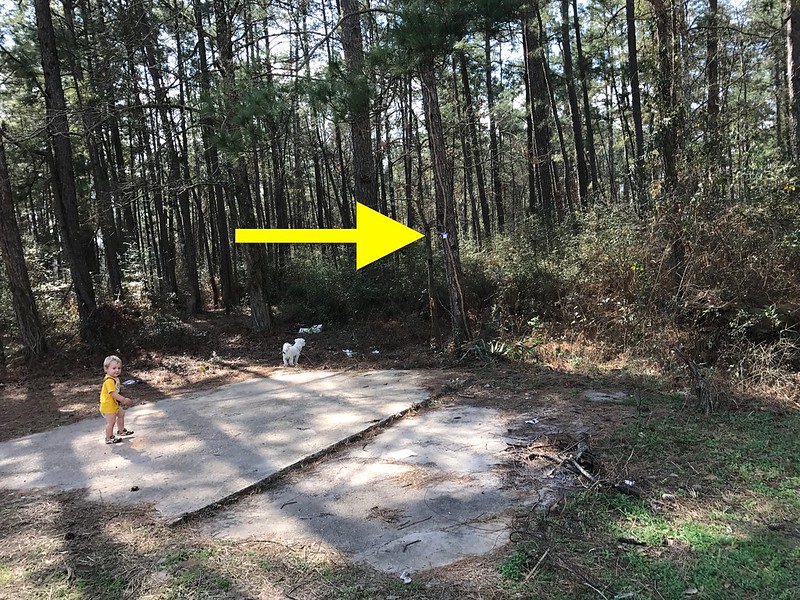 I did a little recon of the drop zone.  Sure enough… I found a note thumbtacked to a tree.  Don’t be too impressed… it’s not like it was camouflaged and I pulled out my ultraviolet pen to find it (I do, however, carry an ultraviolet pen…. handy for checking hotel beds for grossness).  The note is wrapped in a clear hard plastic peeled from a new cell phone.  The handwriting on the note that can be seen is a heart with “you” written below it.  I can’t see anything more.

Now… if I’m a smart drug dealer and I’ve gone to the trouble to set up a drop, I would at least go to the trouble to wrap my drugs in something that could reasonably be mistaken for a silly love note.  Or…. we could be onto an affair. Or… who knows?!

I sent Scott out to look at it.  He tried to decline.  Knowing there would be no peace until he took a look, he went but he didn’t come up with anything new.  He also… unfortunately… told me that we weren’t going to touch the note.  If there are drugs in it, he knows I’ll be forced to call the police.  Then we’ll be ‘snitches’.  That’s… not ideal.  If it’s a love letter, it’s none of our business.  Both valid points.

So I did what any good wife would do…. I found some rubber gloves in the medical kit…. and I have a head lamp.  I’m heading out to go read the letter in a bit under the cover of night.  That way I can jump in the bushes and hide if someone comes while I’m in the drop zone.  If it goes well, I’ll try to get a picture. 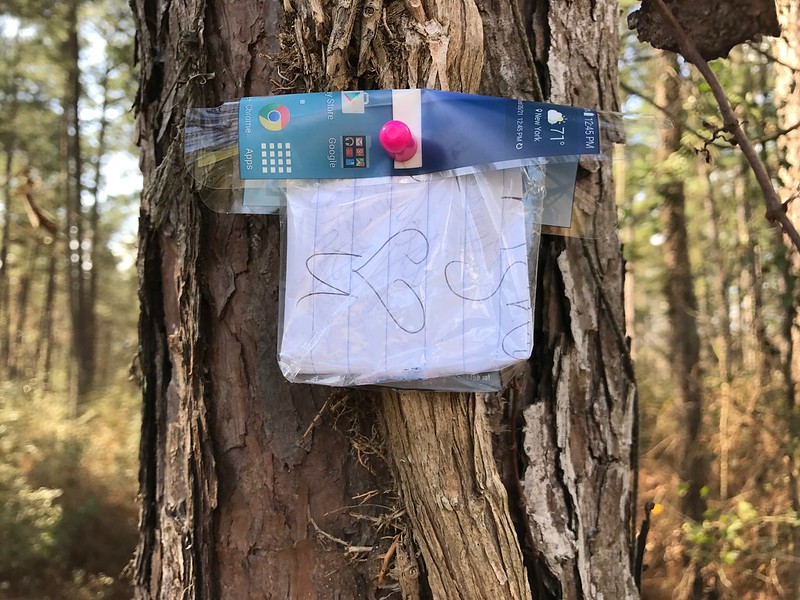 Scott caught me trying to sneak off in the middle of the night.  It seems Officer Warren was on a stake out, waiting for my move.  I surrendered to fight another day.

The white truck came back yesterday.  I checked on the note after he departed the area and there was…. THIS: 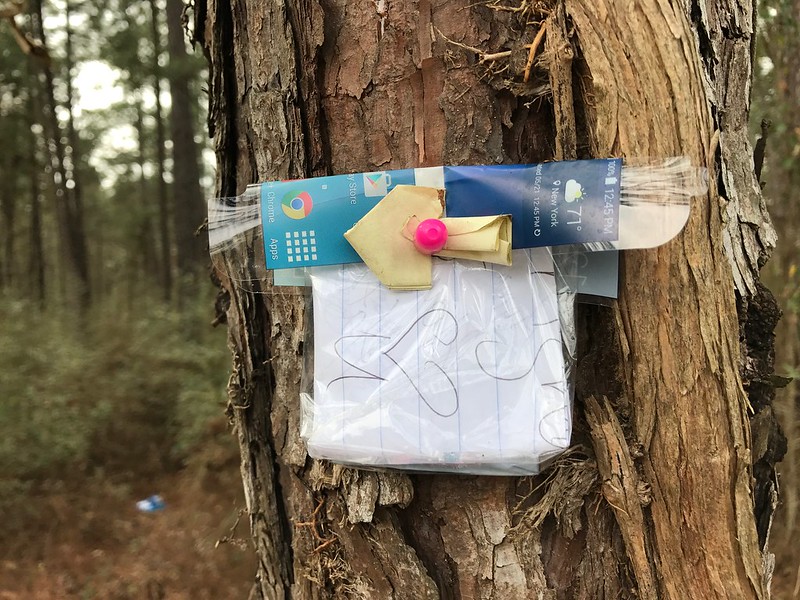 So I looked where the arrow pointed and found THIS: 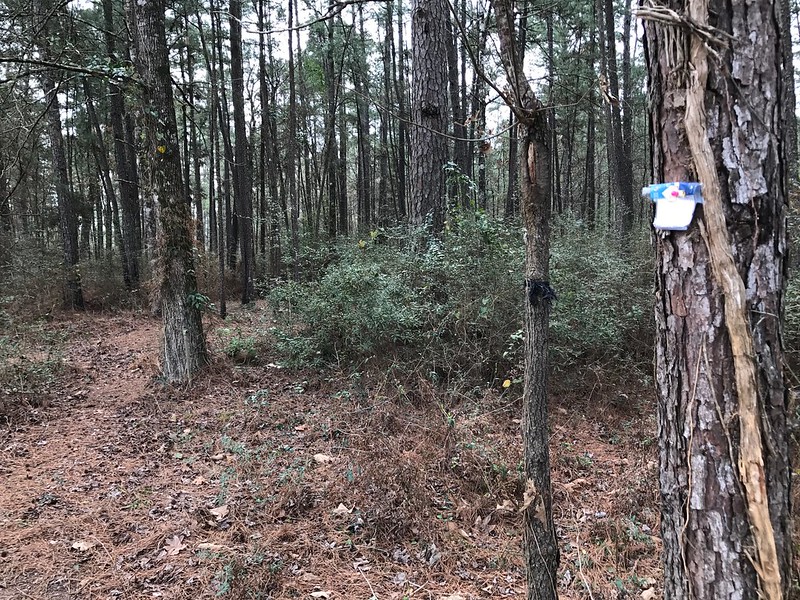 Look closely… see this stuff in the tree?!?! 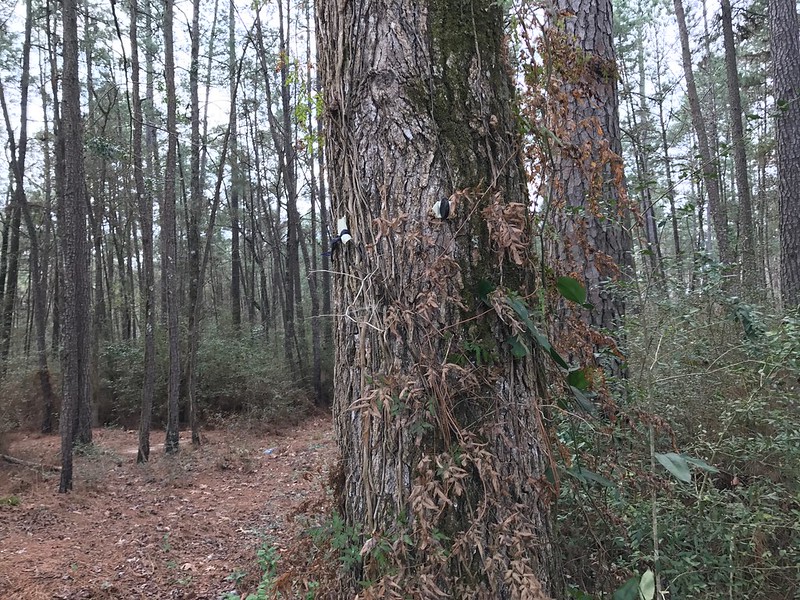 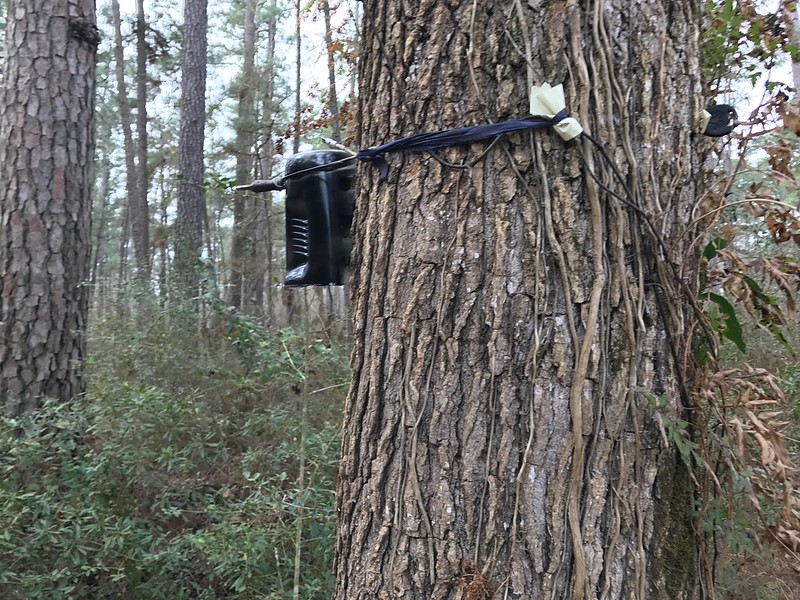 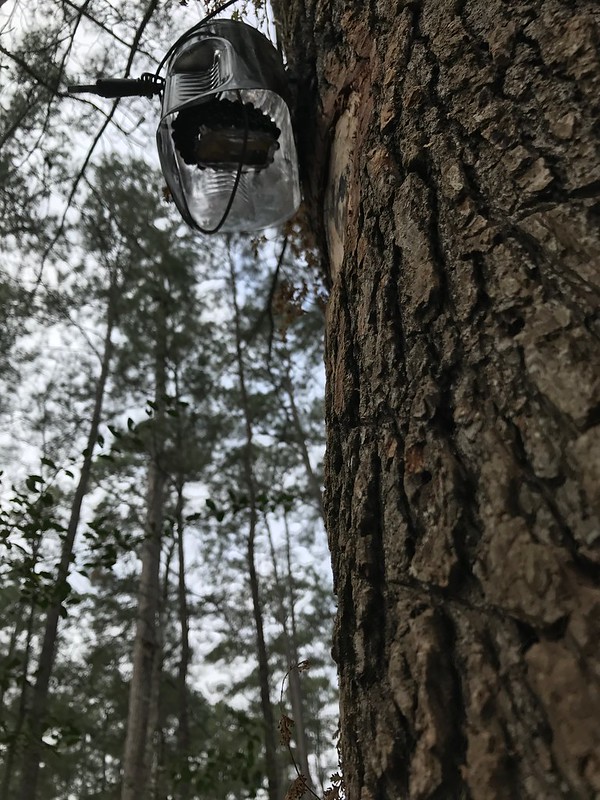 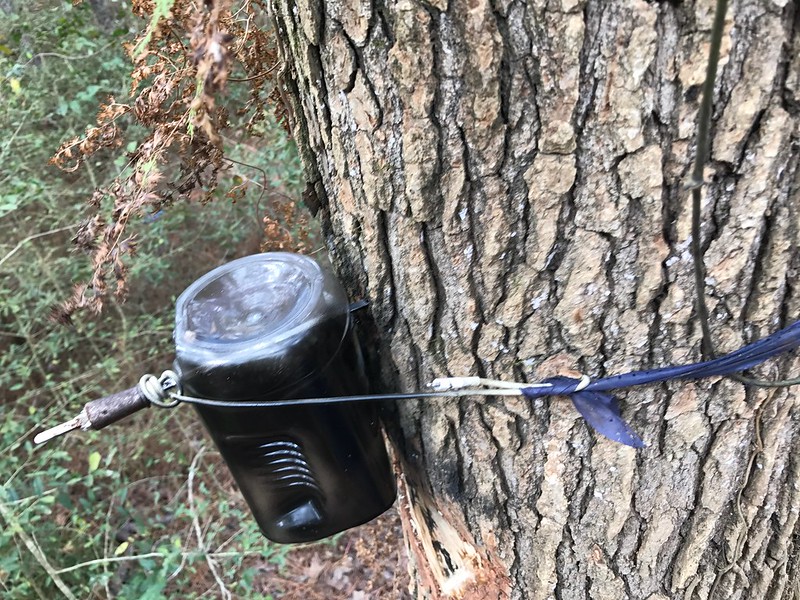 No Power, No Worries

This is how I know I am different than normal people.  We've been having a great time... really nice.  It's New England.  It's fall.  It's stability and schedule.  Come on Universe... throw me a bone...  There hasn't been a disaster,...

When There Is No Emergency Room, But You Know You Need One!

Ker-thump.  I was off the bed, scooping Jack up from the cement floor in less than a heartbeat. Even though he's a monkey, Jack was in a little bit too much of a hurry to climb the ladder to the...