We are decidedly running low on daily disasters.  I’m not gonna lie, it’s a little bit boring.  However, Scott and I are creating our own opportunities for regular problem solving, so it doesn’t actually feel too much different than flat tires and smoking engines.

Grammie Denise and Grandpa Mike got a healthy dose of little people love for a couple of days before the last 3-hour hop to Maine.  I got my rogue tooth fixed…. again.  For right now only, I have both front teeth.  How novel.  We showered.  A lot.

Our first priority when we got to Maine was spending time with Grandmom and updating her on everything that happened since we last saw her in San Francisco.  It’s not that she didn’t already know every detail, but the kids wanted to make sure she got a first-hand account.

The next priority was to open a big, awesome box from Colombia.  Not surprising, I’m a dedicated convert to Colombian coffee.  Scott broke his special Colombia mug.  I asked Christy to send us a care package from “other home”.  There were even 2 very special Kinder eggs in there for the kids.  LOVED ’em!  The eggs are illegal here because there’s a little toy in the center of the chocolate and, in the infinite wisdom of the US government, to keep us safe from ourselves some pencil neck geek has decided they toys represent a choking hazard and banned them.  Oddly, kids all over the rest of the world manage to successfully eat the eggs and play with the toys.  Rules. 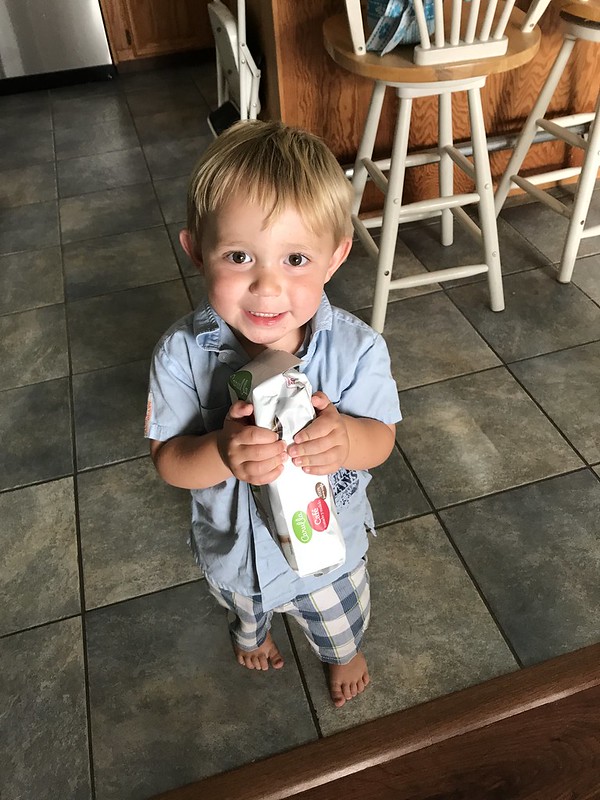 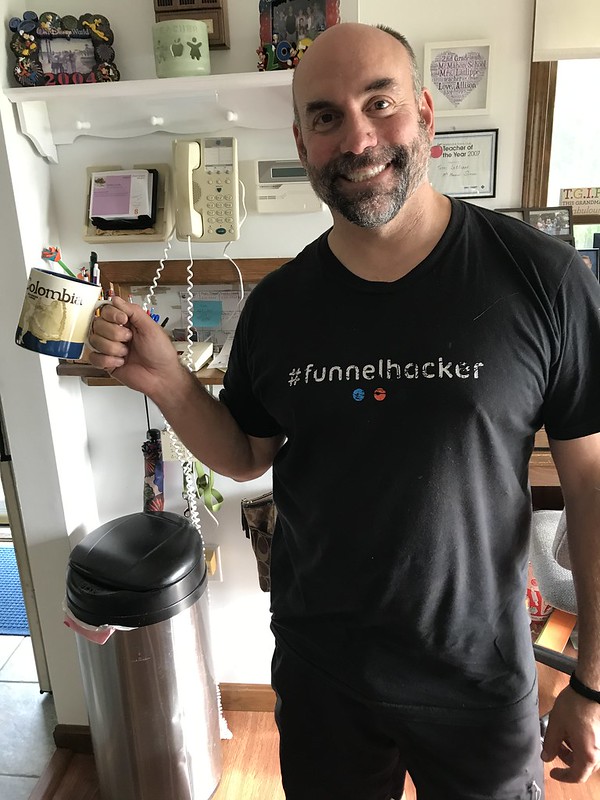 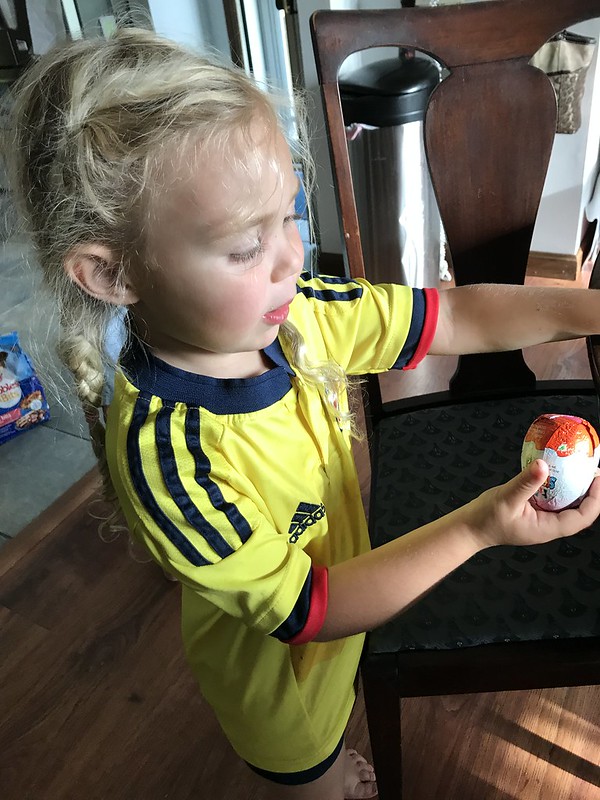 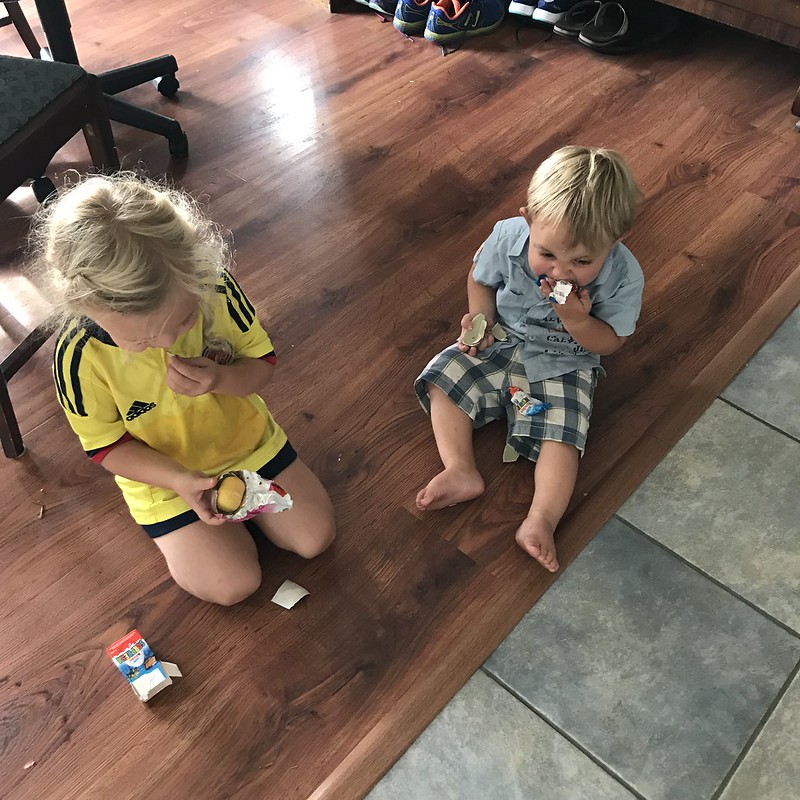 One of the big benefits of being home, in addition to being with the Grand Cabal (aka all of the grandparents), is Jack’s access to music.  He plays the piano almost every day.  Not to be misleading, he’s not a savant.   Songs aren’t coming out of it.  But he is playing it nicely.  He’s not torturing the ivories and he doesn’t bang on it (unless his sister decides it’s time to share… then it’s every man for himself).

I started lessons when I was 4 and I think that is considered young, so it’s probably a good 3 years before we’ll start him on anything formal.  Until then, Mom and I play for him and let him play with us.  We need to get it tuned though. 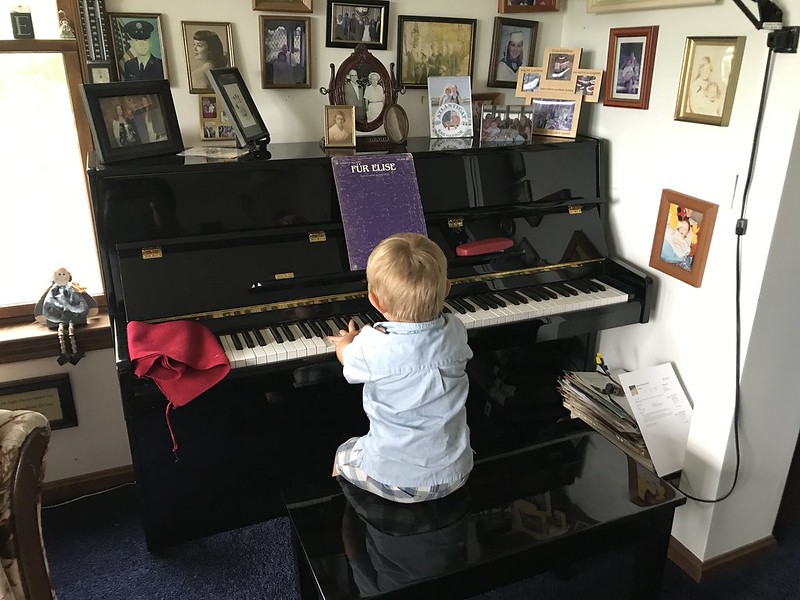 Mariah’s graduation was perfect.  She’s smart, tough and ready.  She has a place in UMO’s class of 2021, 2 jobs, a man friend and the world by its balls.  We’re all very proud of her and I know Dad would be proudest of all.  It doesn’t seem possible that she’s an adult already.  It feels like just yesterday that I skipped class, borrowed a friend’s car and drove 4 hours from Boston to Bangor to meet her on her first day in the world.  Incredible. 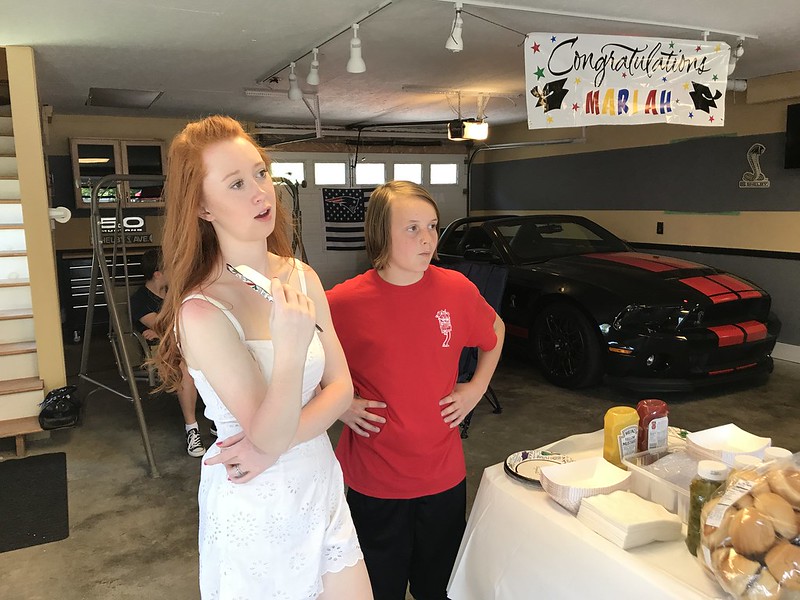 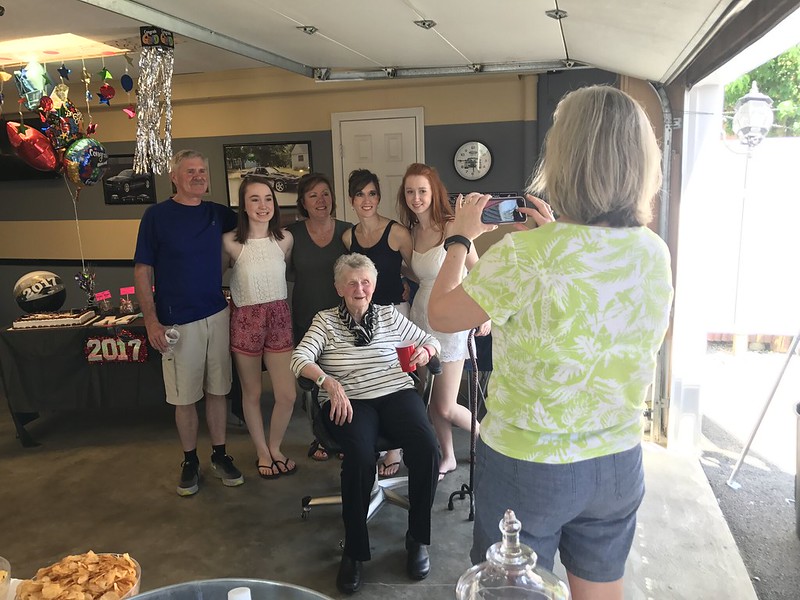 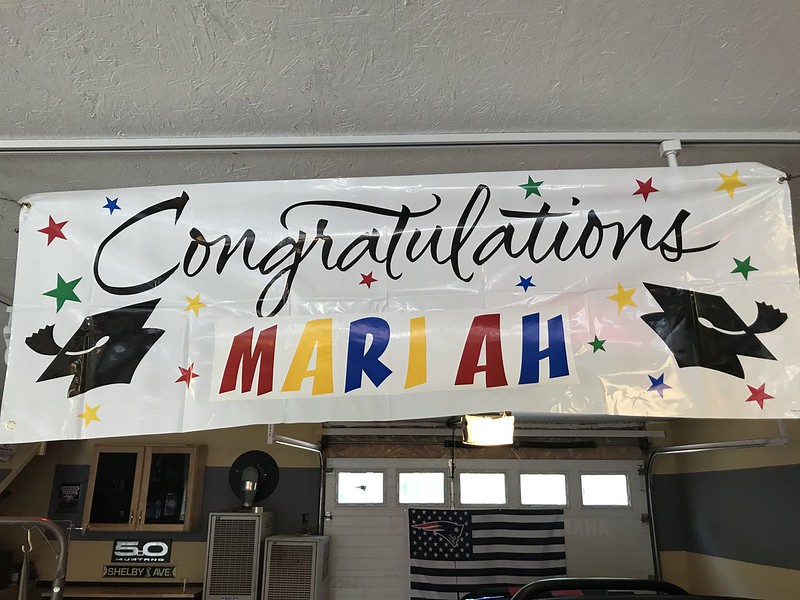 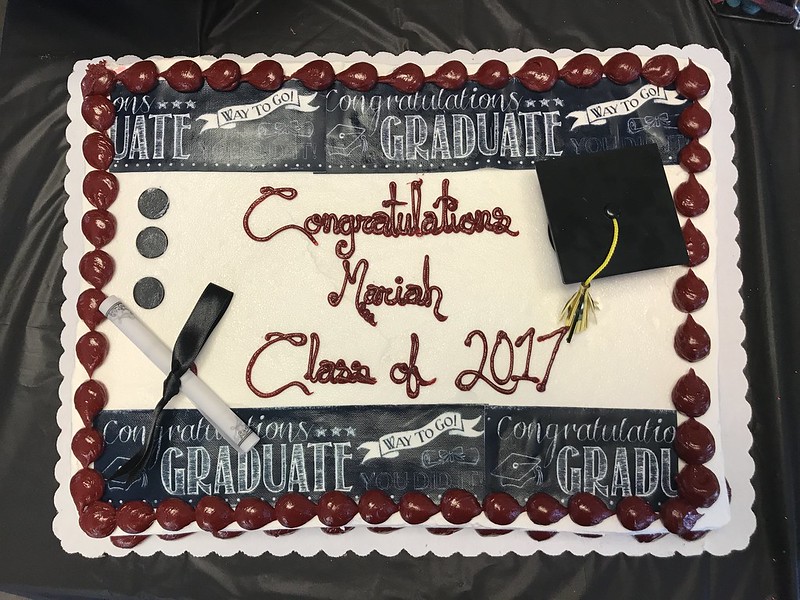 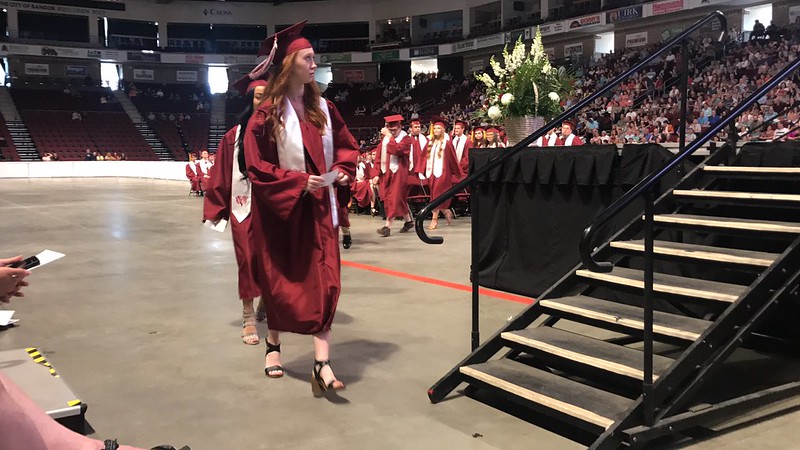 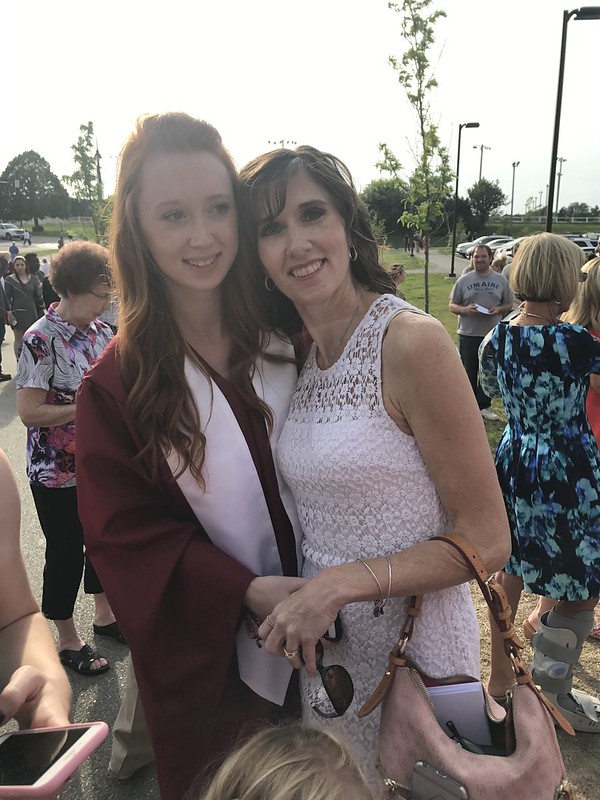 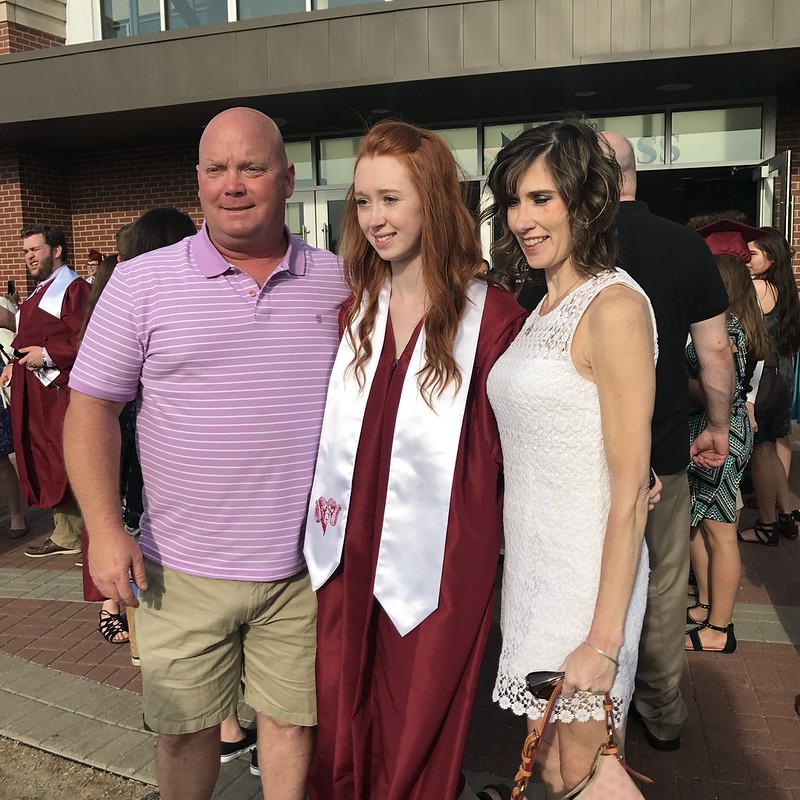 We’re starting to get, “When do I get to go to school, Mommy?”  You should have seen the look of complete horror the first time I said, “Well, we’re thinking about homeschooling you, Sweetie.  You might not go to a traditional school.”  She’s not one to hold back.  She thinks this is a completely insane idea. 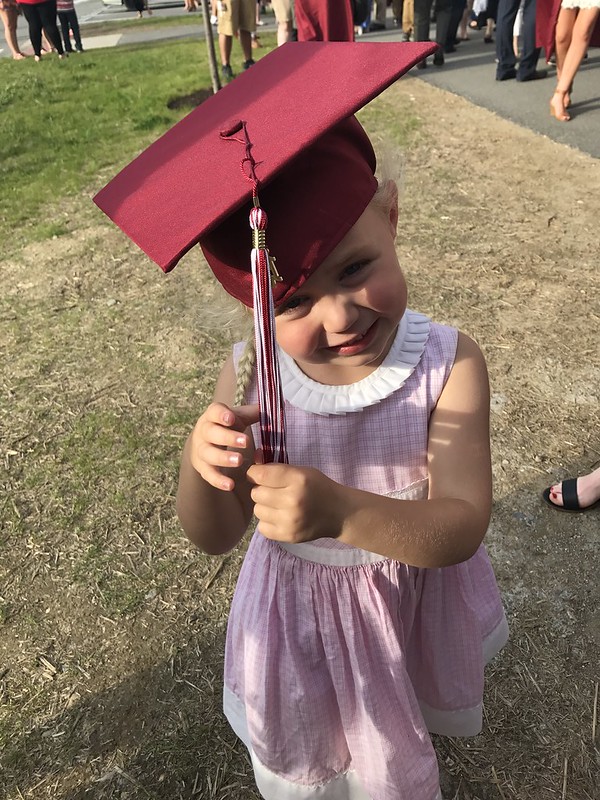 Here's my question....  You're on a roadtrip.  You've done the first 2/3's of it.  You're rounding 3rd base, heading back to home.  That's a good thing because you have to be back at the start point for a VVIP  high...

I'm over being pissy about the route change.  It was a smart call on Scott's part.  Yes - I told him that he was right and I was wrong.  So... more time in the Four Corners region.  Talley ho! I...