San Fransisco doesn’t disappoint.  We spent a day as blue chip tourists – knee-high socks (Nate), cameras around necks (Traci, Nate, Grammie Denise) and a plan to see: The Golden Gate, Fisherman’s Wharf, seals, Alcatraz, Ghirardelli Square, the red light district, the Haight, hippies, the painted ladies, Auntie Ang’s work place in the financial district and ride a trolley.  I used to be a rockstar when I was touring on my own. I would have done everything on that list {easily}.  I know that for a fact because I had the chance to visit to San Fran for a job interview when I was 23 and I actually did almost everything except for Auntie Ang’s work place tour (because I didn’t know Auntie Ang and she wouldn’t work there for another 10 years).  As I’ve said before, we are low-speed, high-drag.  At first we resisted the inevitable change of pace, then we denied it.  We eventually accepted it and now we fully embrace the slower meandering.  Thanks the kids we can’t rush around and we don’t see everything.  But what we do experience, we savor.  In this case, that was the Golden Gate Bridge and Fisherman’s Wharf.

We decided to take 2 cars into the city.  That seemed like the easiest solution for a group of 5 adults, 1 almost adult and 2 little people and it would have been…. except…. the main road in front of Fisherman’s Wharf was closed for a very colorful, very fun parade which made the traffic patterns unrecognizable to the natives. How appropriate – I’m convinced they always dance in the streets and on the trolleys in the bay area.  We ended up parking 5 blocks apart.  It took us awhile to find each other because we were trapped on opposite sides of the street when one of the honor guard fainted and an ambulance was called. While waiting I felt compelled to let one police officer know that he was being inexcusably unfriendly (he had neither a sense of humor nor any self-awareness).  We were stopped by another police officer who gave the kids stickers and was very kind.

After a trip down the pier to see the seals, we were ready for lunch.  It looked dangerously like we were going to pick a chain restaurant in the tourist area so I piped up that I desperately wanted a crab from the pier.  Auntie And picked the best little old restaurant.  I’m sure it’s been there since the gold rush days.  It was so tiny we took up 2 booths.  The crab was delicious (and harder to eat than lobster).  Scott got chicken.  The kids were happy with french fries. 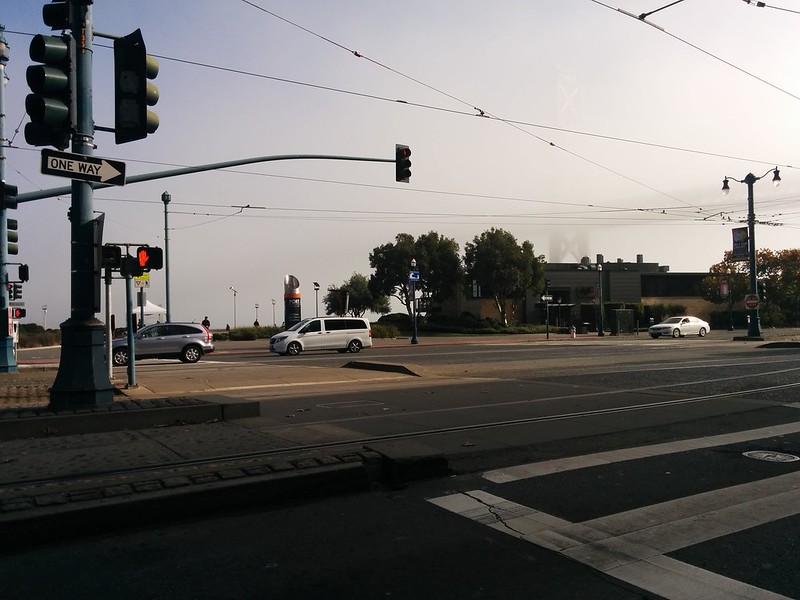 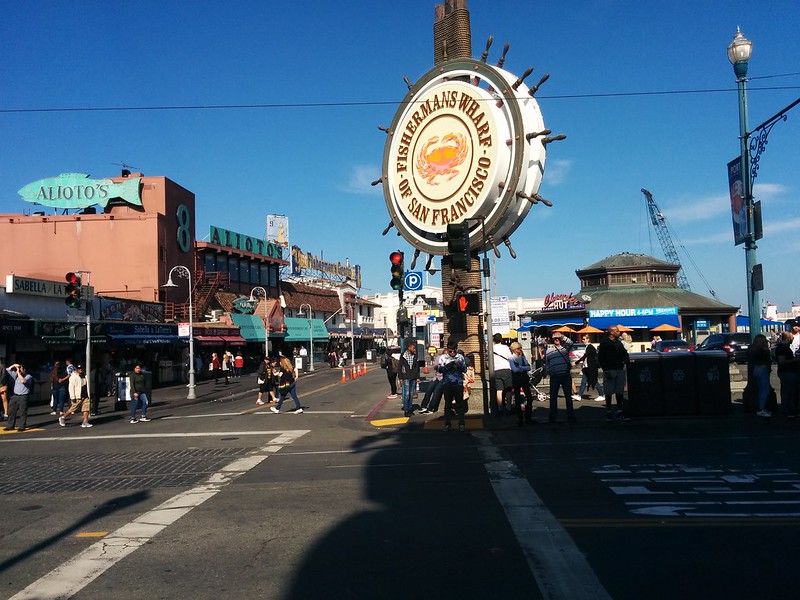 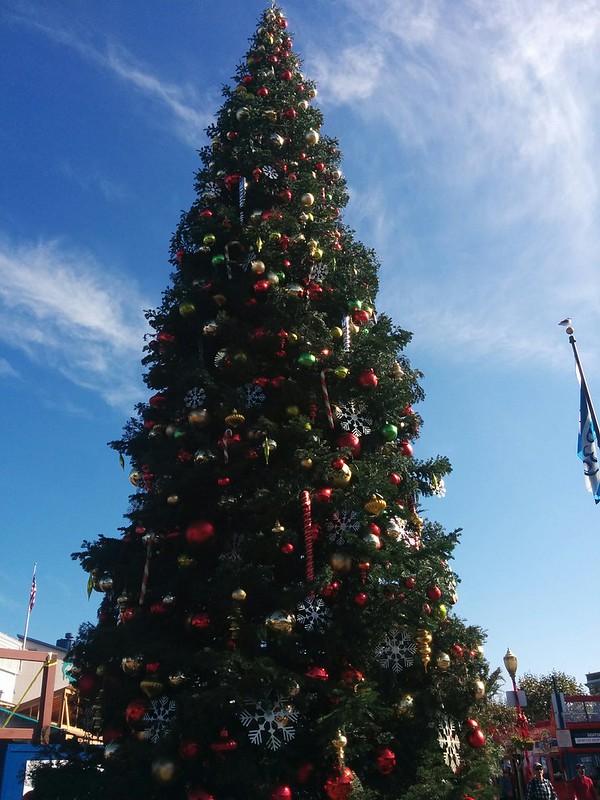 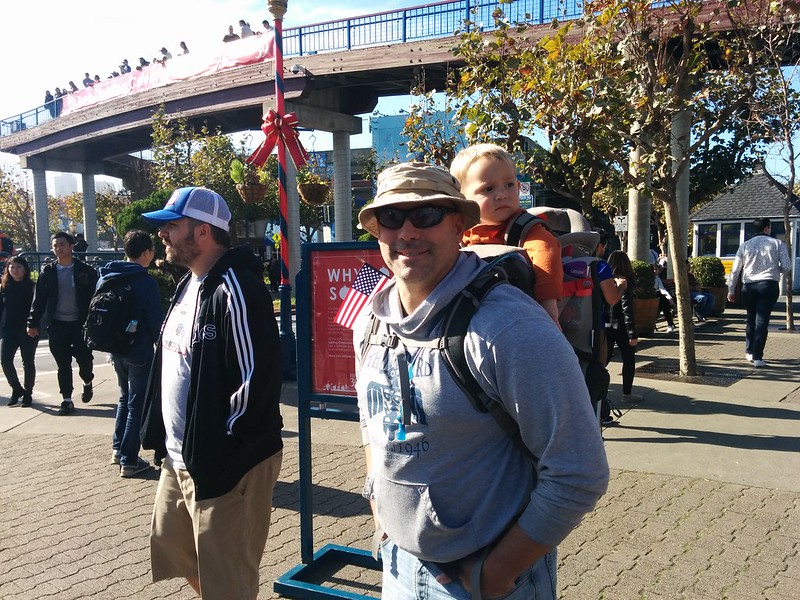 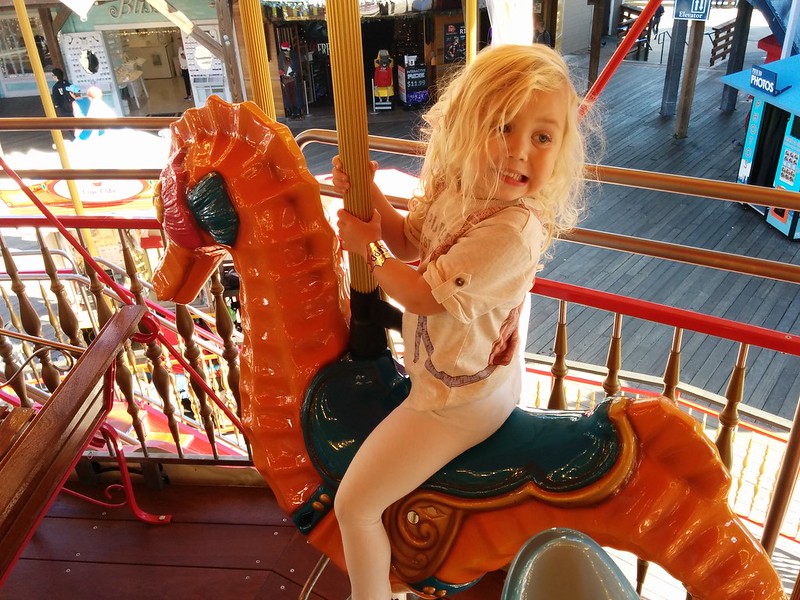 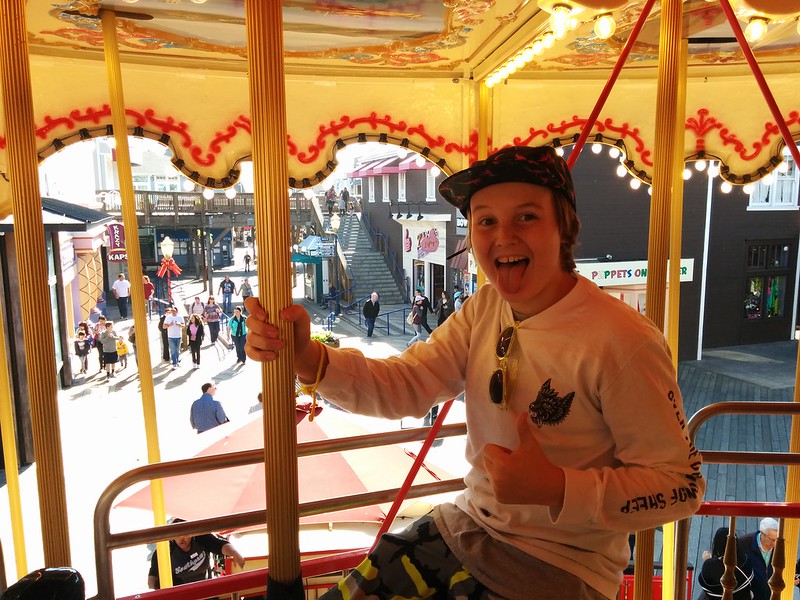 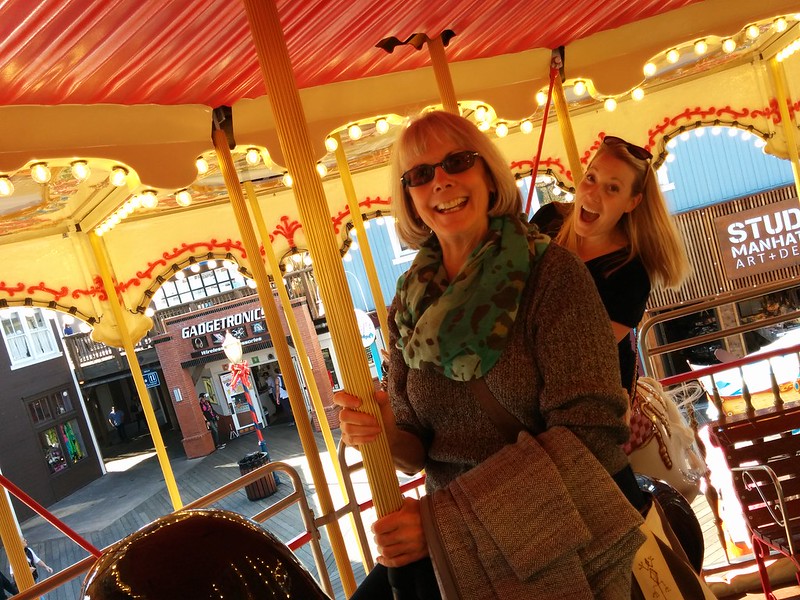 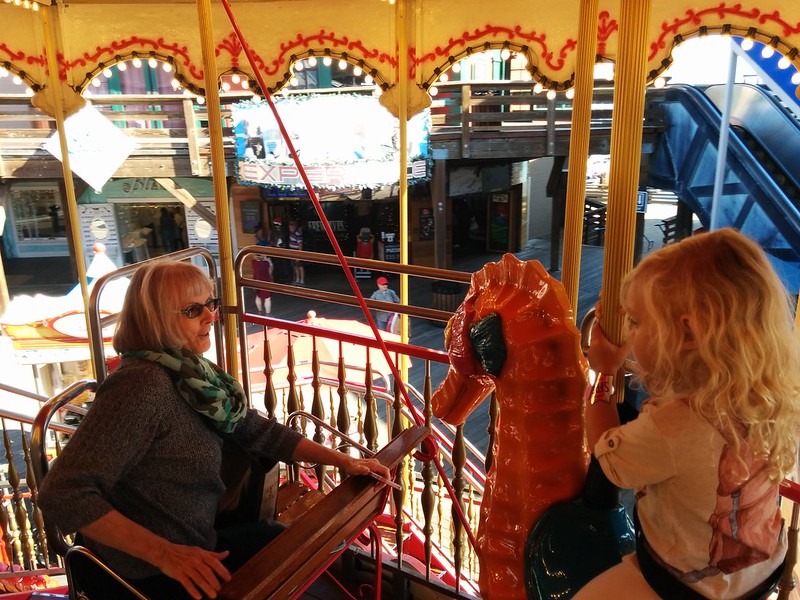 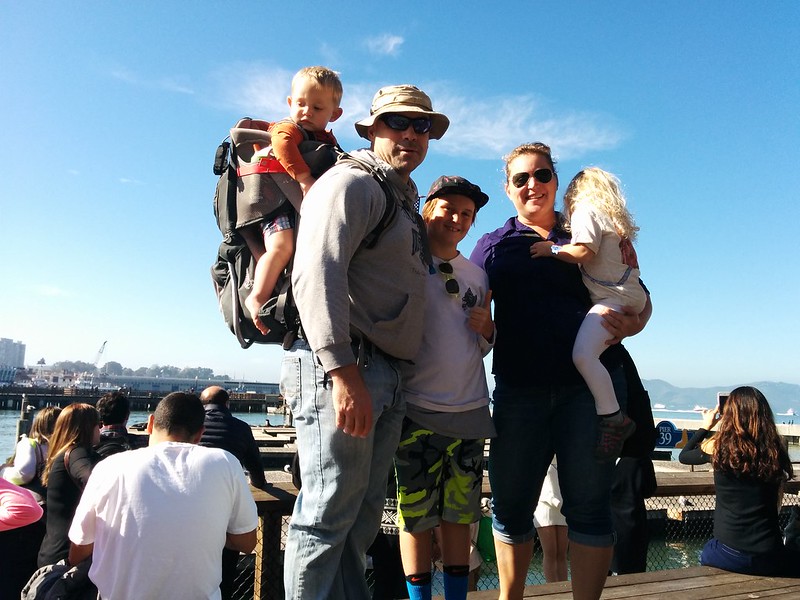 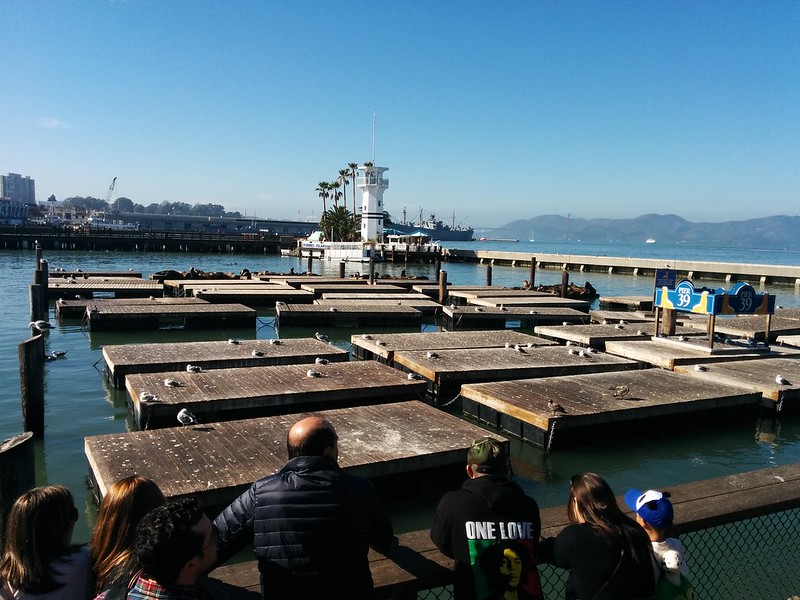 After 3 hours on the waterfront, we hopped in the car and drove to a park that overlooks the Golden Gate.  We enjoyed the waves, Scott and Nate tossed a football, the kids napped, I watched paddle boarders and swimmers brave the chilly water and alleged sharks.  We spent the afternoon getting some Vitamin D and chatting. 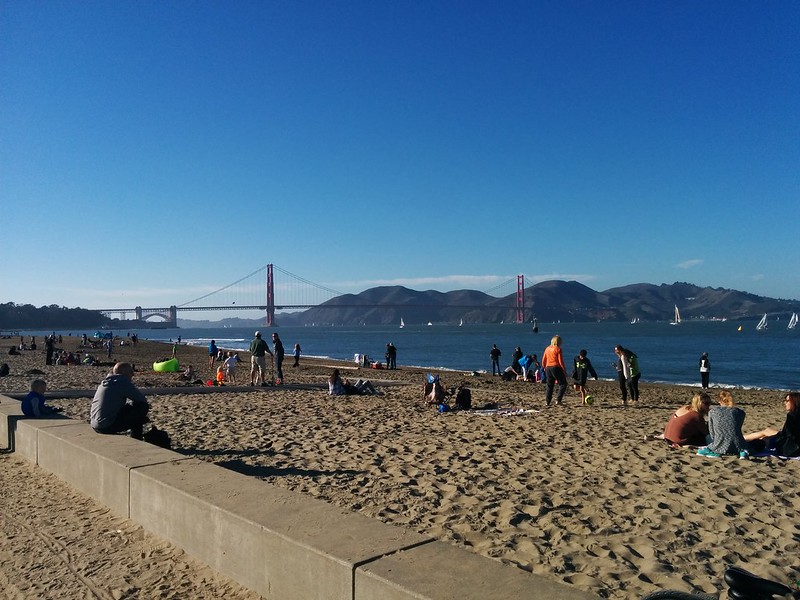 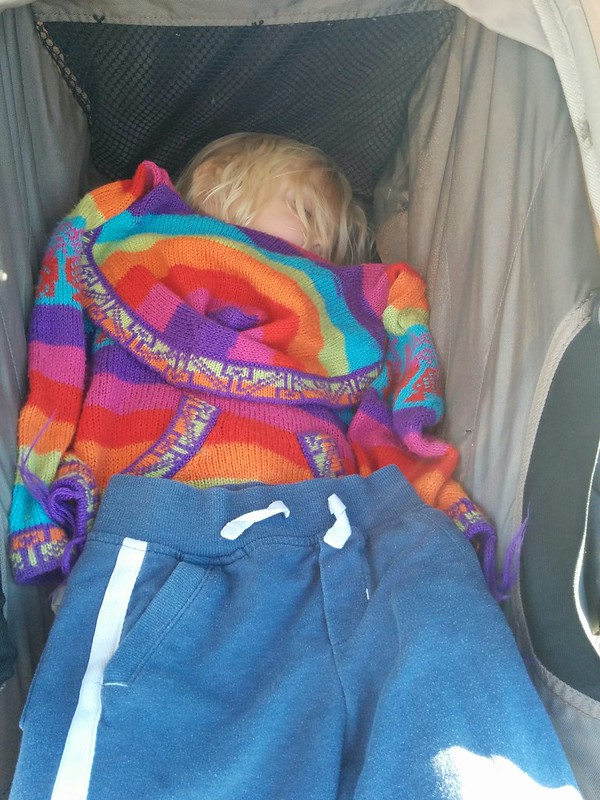 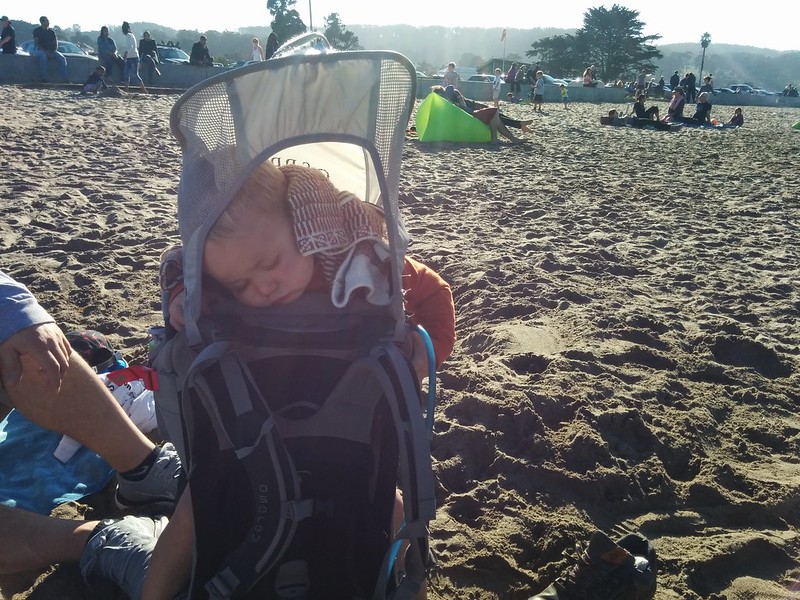 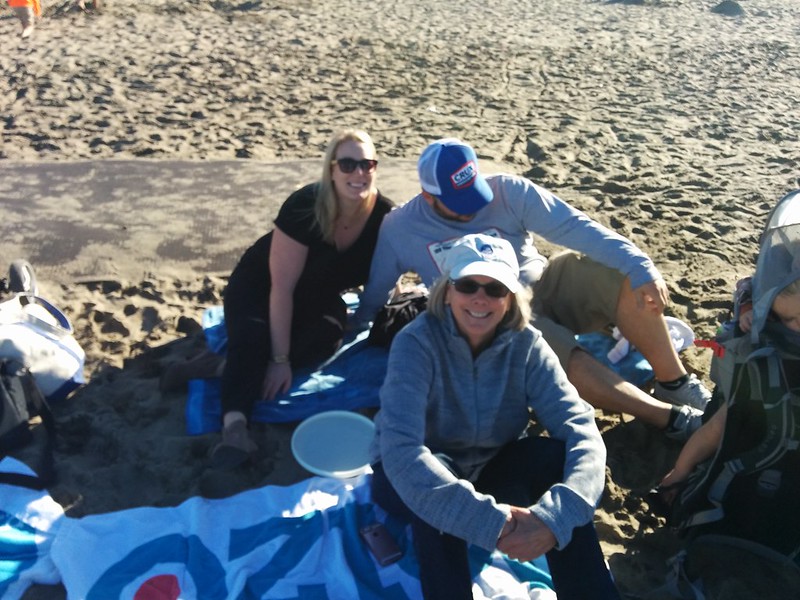 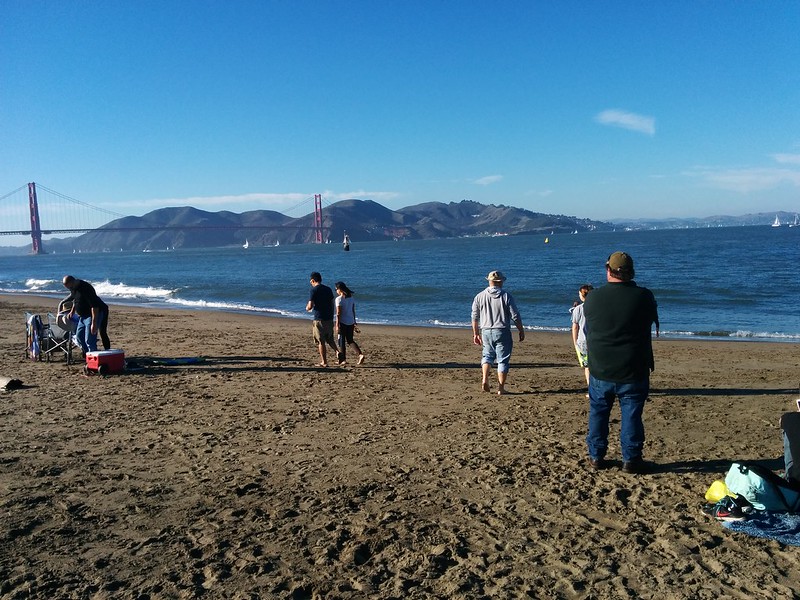 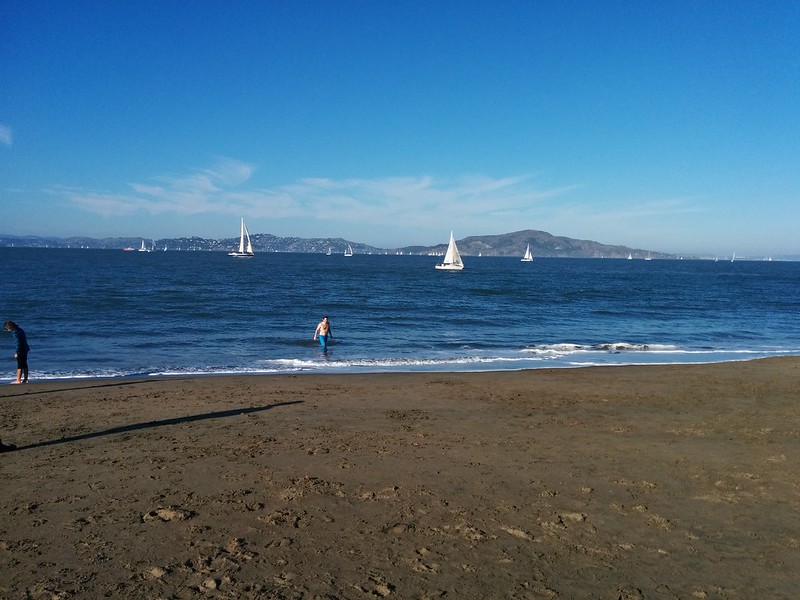 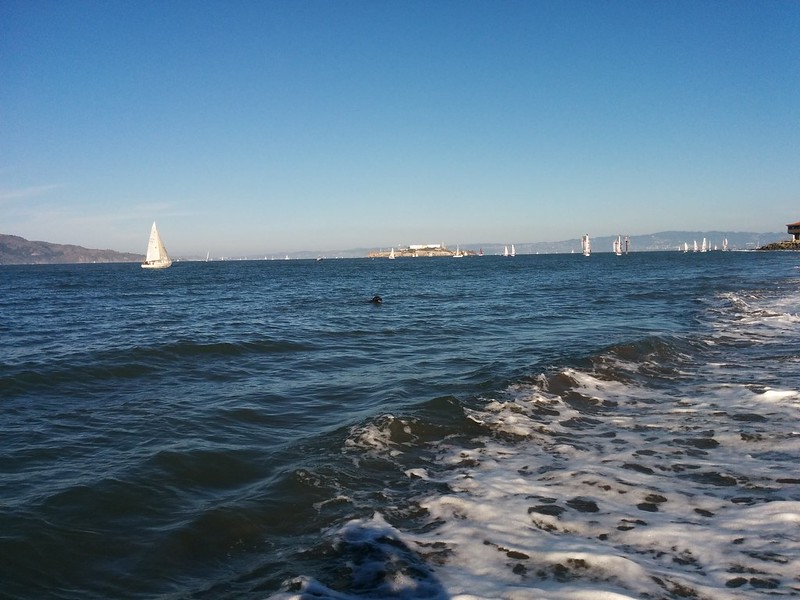 Alcatraz – this is as close as we got. I screwed up the dates for the tickets I bought.  Total bummer. 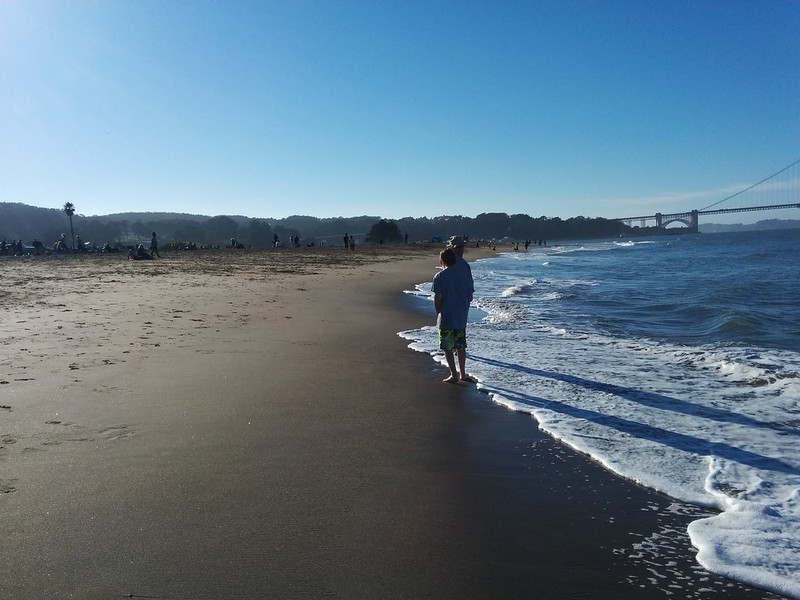 After the beach, things went sideways.  Despite their short naps, the kids were tired.  I can’t put my finger on exactly how or why, but sometimes they’re super excited (to be somewhere or with people they like) they’re wired even when they’re physically tired.  That’s when we enter murky territory and their normally easy-going personalities sometimes go rogue.  We end up deep in vicinity of the uglies: annoying, bothersome or unkind.  Staring down the barrel of an hour drive back to Aunti Ang and Uncle Brock’s house, we took the easy out and called it a day.  To take a sting out of missing the famous chocolate store, we got them a little ie cream on the way home (they don’t know the difference, but I sure as hell do – comparing Baskin Robbins to Ghirardelli’s is just straight up mean). 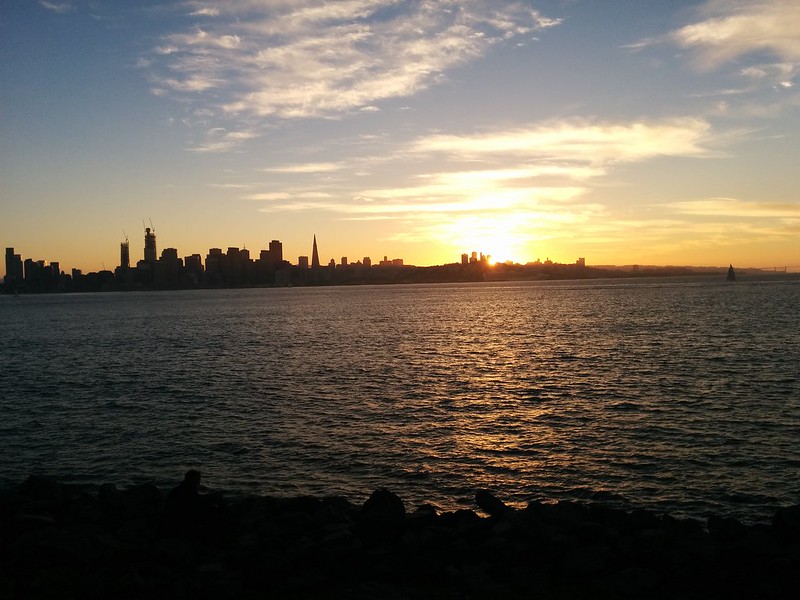 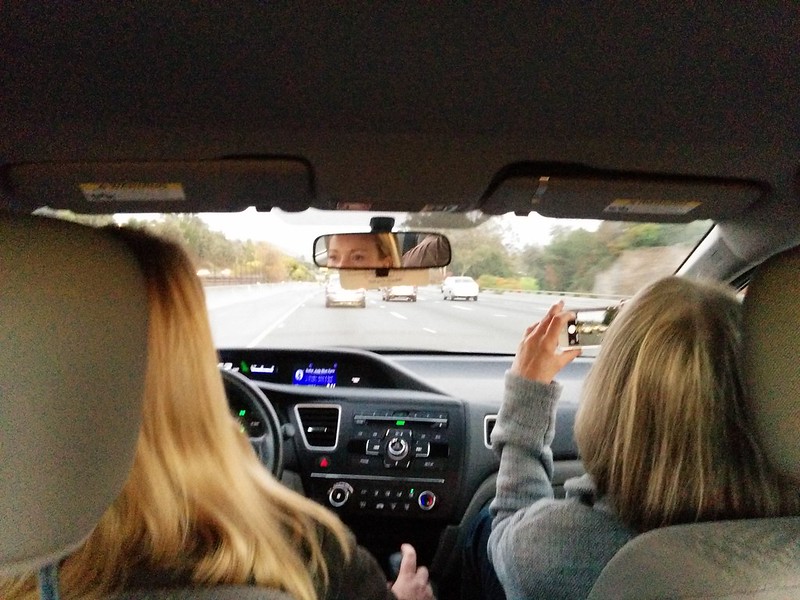 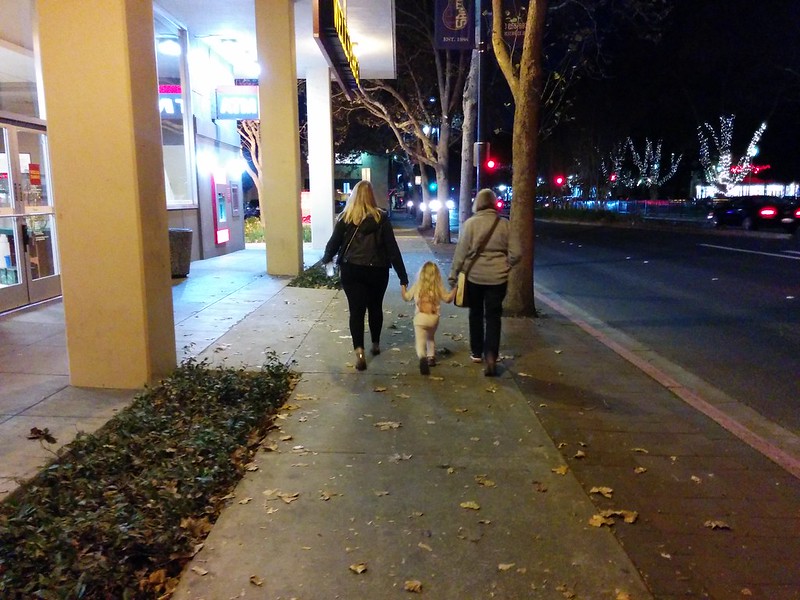 Evie and Jack have so thoroughly enjoyed the comfort of being with family that it’s going to be terrible when Grammie Denise and Nate leave followed by disaster when we have to leave Auntie Ang and Uncle Brock.  Take it to the bank – there will be big tears.  Both kids would appreciate a little routine and a lot of family time right now.  Perfect timing… here come the holidays.

All hell broke loose - just as I expected.  The kids were screaming and there were real tears.  Leaving Auntie Ang and Uncle Brock's house was a complete s---show.  Mercifully, no one was there to see it (although I'm sure...