“I like it,” said Evie.  “Me too,” said Jack because Jack always says me too no matter what Evie says… for now.  Internal eye roll from me.  My whole being was crying out, “I can’t stand this ****,” but I slapped a smile on my face and tried to fake cool confidence.  “Great!  Wow! What an experience!  You’ll have to tell Nate about the time you let fish eat you instead of vice versa. Awesome.”  We’re trying all the fun stuff exotic northern Thailand has to offer.  That includes new foods, new smells, a new customs (the kids can now say hello in Thai like old pros) and… a new way to go about getting a pedicure (absolutely appalling though it may be). 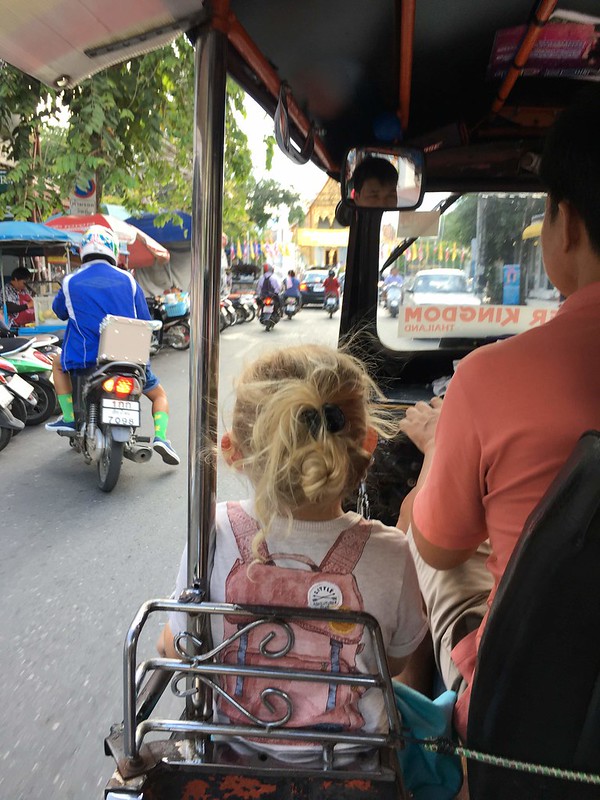 As usual, I had a bit more planned than is humanly possible. I constantly have to remind myself the little people require a low speed, high drag mindset.  Old habits die hard.  We hung out for a few days in Chiang Mai, northern Thailand, planning out our next few days.

Chiang Mai means “new city”.  It was the new capital of the Lan Na kingdom in the late 1200s.  Everything thing about it feels, looks and sounds very old – including the cool moat around the old city.  The vibe up there is relaxed, you-do-you, backpacker, arty.  It’s colorful and there’s plenty to see and do in the old town.

This was some sort of door, we think.  Can’t venture a guess as to how it opened. 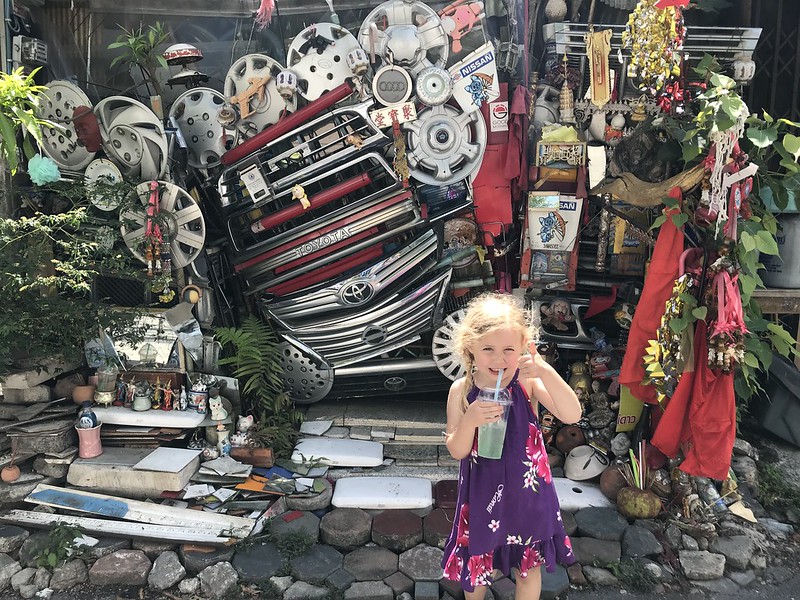 Jack manages to fall asleep at almost every meal.  It would have been sweet, but smart us… we opted not to bring a stroller.  Brilliant.  I’ve stopped working out and just cart him around everywhere – my 40 lb kettlebell. 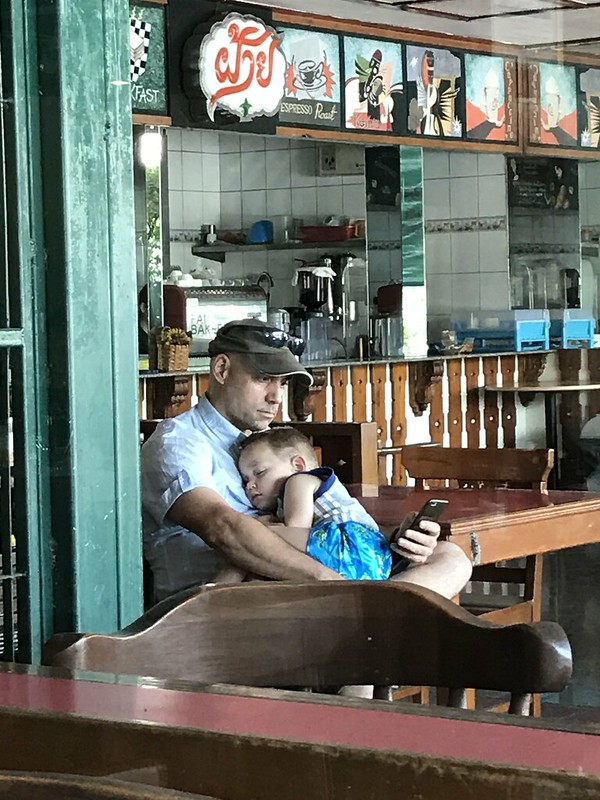 The food… cheap and delicious.  We didn’t have 1 bad meal and we didn’t pay more than $15 for any one of them.  $2 pad thai – Yes!  (I’ve had it every day and I plan to continue my streak until we leave this country.) 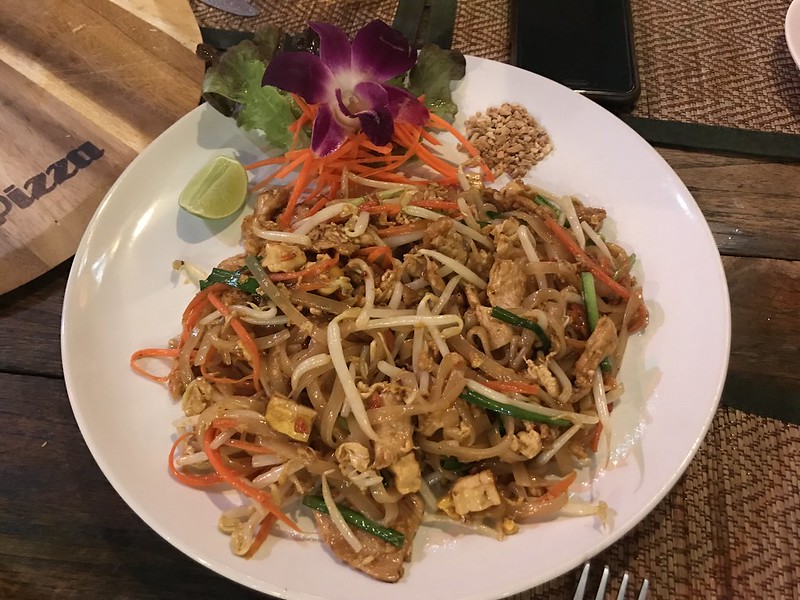 Khao Soy… look who’s trying it (all 4 of us!).  Big steps, big steps for this group of “we only eat white, non-meat things” bland eaters.  I’m not an adventurous eater and yet I’m the most foodie out of the 4 of us.  Identified area for improvement, no doubt. 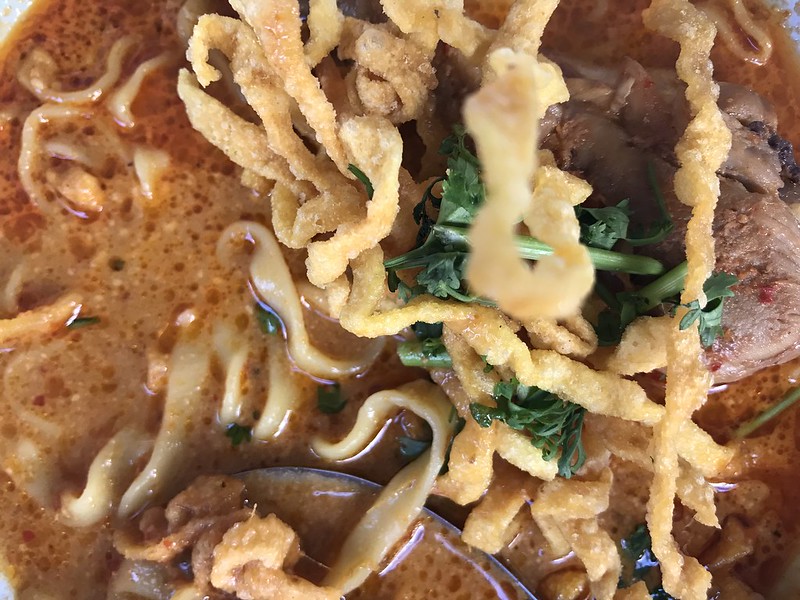 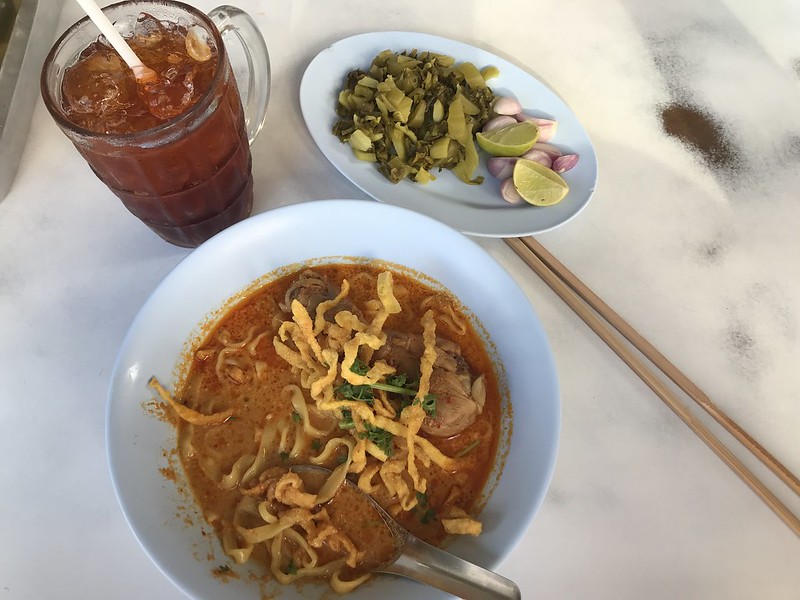 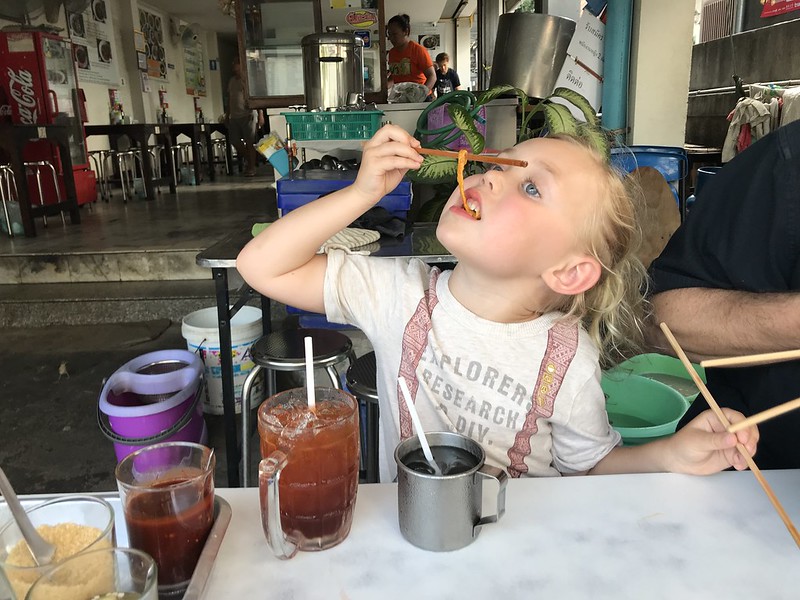 I’m still tickled by the laundry.  $1 per 2 pounds.  Fresh pressed.  And if you drop it off in the morning, it’s ready by evening.  I Looooooove that! 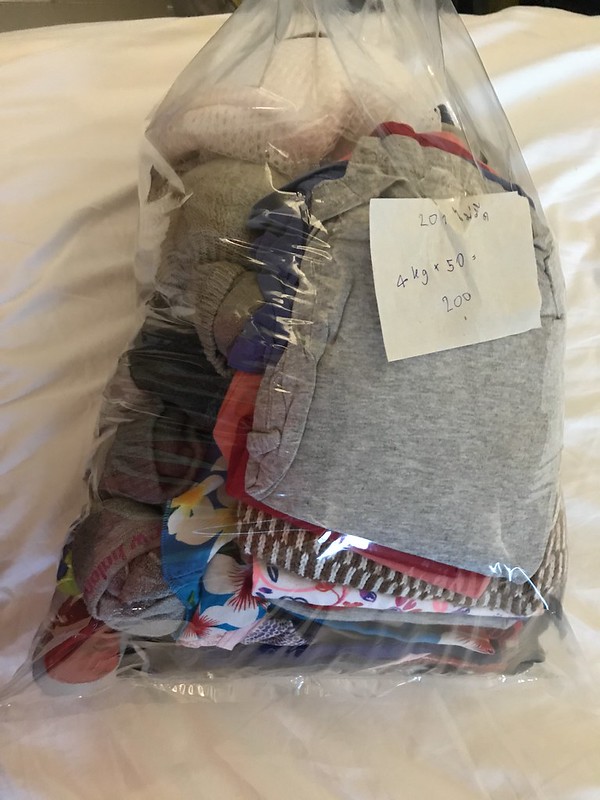 Grossest pedicure ever.  Fish eat your feet.  I won’t do this again.  I’d rather be ugly.

I don’t like anything that wants to eat me – not something that attaches itself to inside me or outside me.  It’s part of my American give-me-a-nice-3-ft-bubble-until-such-time-as-we-mutually-agree-we-want-to-get-closer. 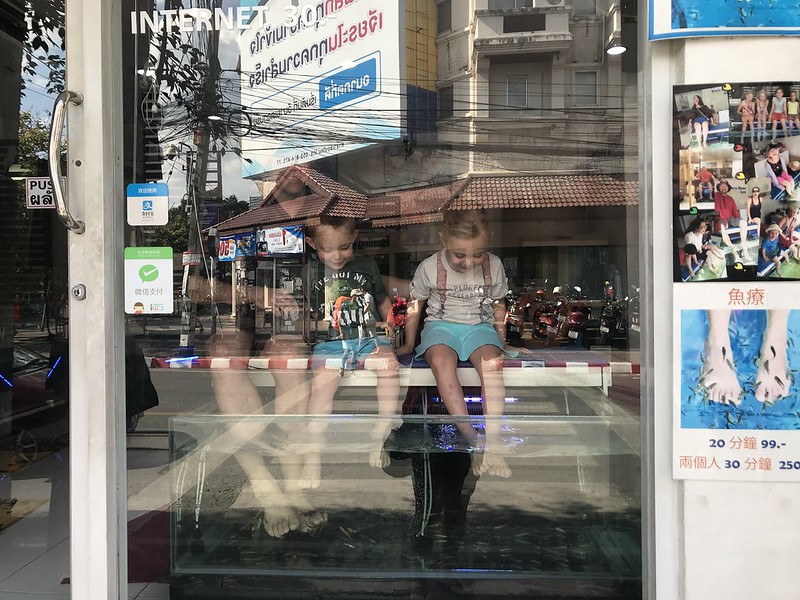 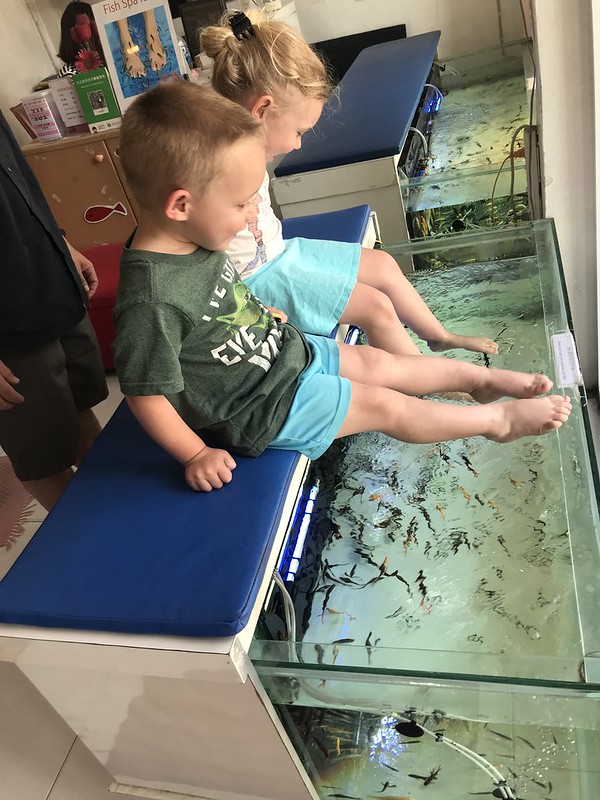 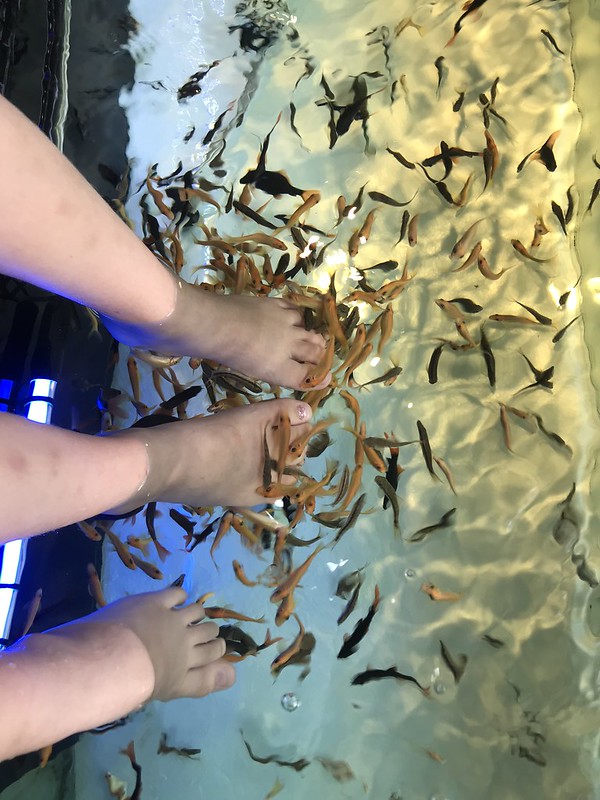 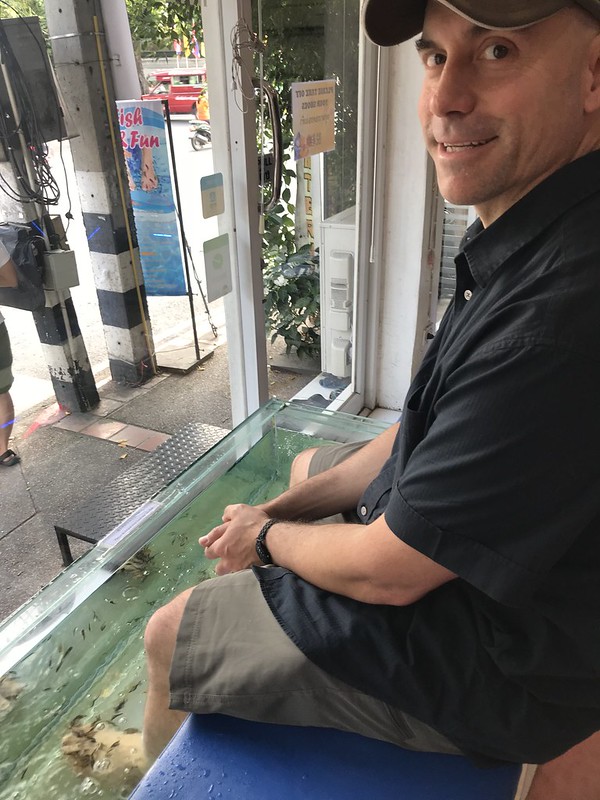 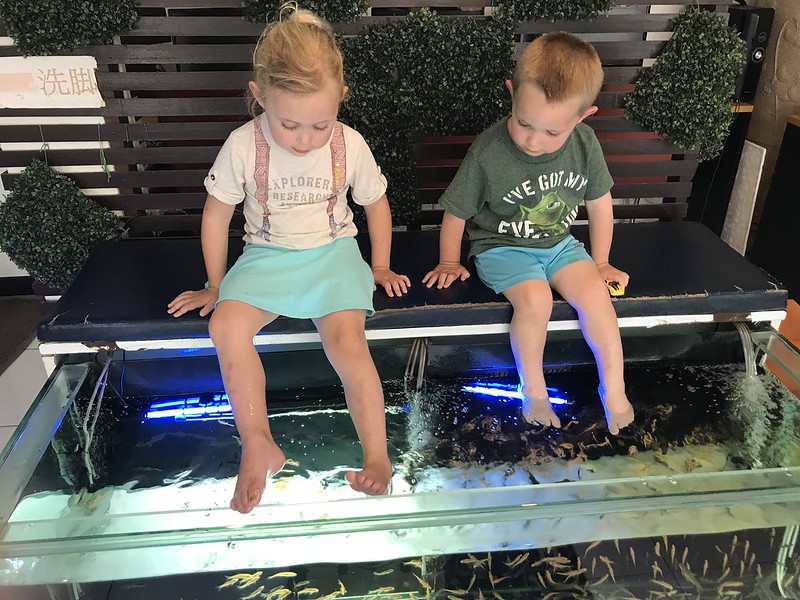 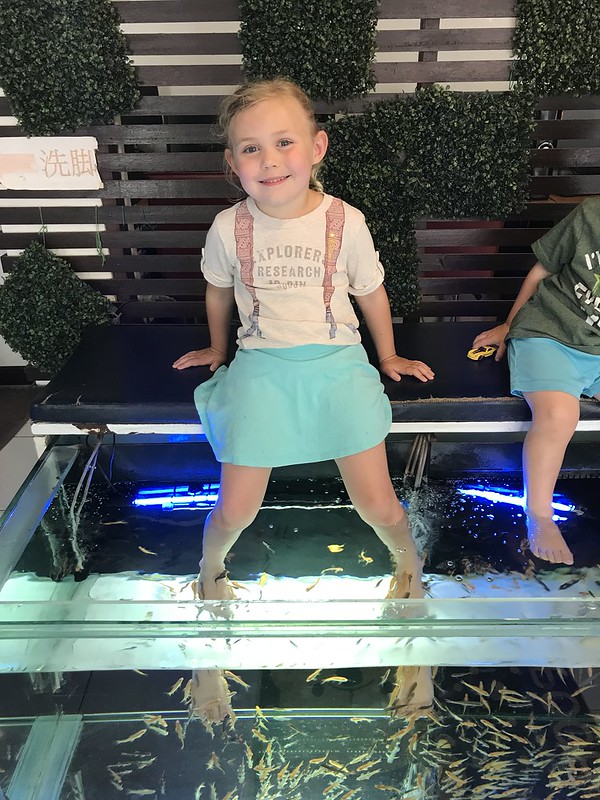 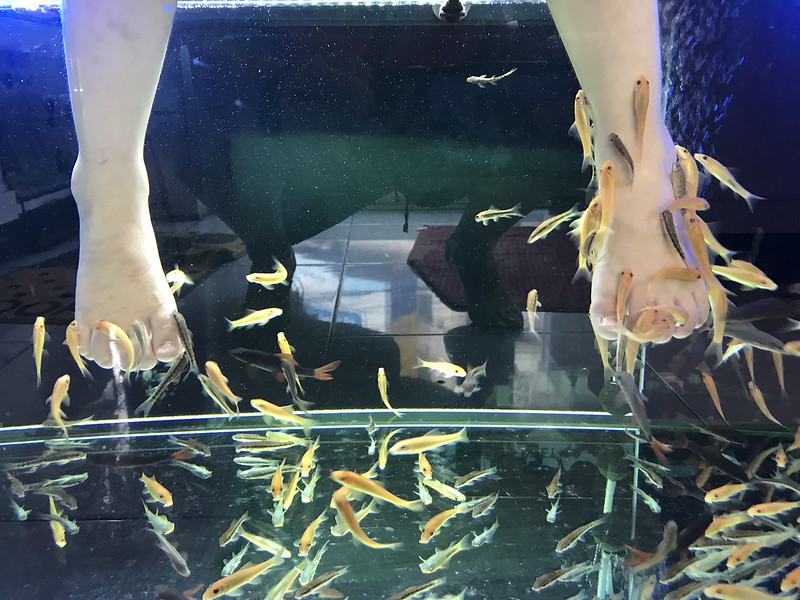 You giddy bastards who demanded the video, here you go…

Evie put our day into perspective with a little ditty she made up all by herself this evening.  I wish I could convey the difference in the 2 voices she used, but I'll leave it at this - the first...

In Desperate Need of a Real Shower

"Why don't we get to ride in a horse car?  That's way better! Can we trade the Chief for one?"  Evie was particularly interested in the idea of a stage coach after we spent our last full afternoon in the...