If I have a superpower, it’s picking the cream of the crop when it comes to friends.  Seriously.  It’s my strength.  (I also collect weirdos, misfits and creatives so… you know… if you’re reading this and we’re buds, just know you fall into one of those 4 fun categories.)

The difference between getting off a plane and heading to a hotel and heading to a home is night and day.  In Bangkok, we headed to our friends’ place. Walking into their home felt like a huge sigh of relief after a very long day.

We are very lucky in that Scott and I met Lisa years ago when we were living in Istanbul.  I actually found her.  When I did, I immediately identified her as a long-termer.  That is to say, someone I want to know in 5 years, 10 years, 20+ years.  She’s funny and smart and resourceful and the kind of person you would want if you were in an incapacitated space shuttle hurtling toward earth and you only have a small window of opportunity to hit the earth’s atmosphere and survive.  She has light in her eyes.  So does Joe.

After 19 hours in the air and a 9-hour layover, they had a pasta and meatballs dinner waiting for us with salad and bread.  I can’t overstate the power of pasta and meatballs when you’re tired, hungry, far from home and schlepping 2 kids and a month’s worth of stuff.  It might have been the best meal I’ve ever had.  Plus… a nice hot shower.  Plus… kids!  Kids play with other kids.  Does it get any better than that?  No, it does not.

We acclimatized in Bangkok with them for a few days.  We took walks to the park and rode the sky train.  We extended our visa (because I forgot there are 31 days in May so we would have overstayed our welcome in country by 1 day if we hadn’t – a $200 mistake).  We learned how to say hello in Thai.  We rode mechanical animals through a mall (at least the kids and dads did).  Scott quickly learned how to do the currency conversion in his head after tipping the taxi guy so much we almost had an international incident (yet one more example of Scott’s long history of tipping generosity – remember the waiter that chased us out of the restaurant to hug him?!).  We had our first tuk tuk ride and it was everything you would hope it would be.

We also… shockingly… made time to workout.  Look at me… being all healthy.

Plus, we got ourselves ready for the next part of the trip… the part that Scott was looking forward to, but also dreading a little bit (just the way I like it – if there’s no unease we aren’t doing it right.) 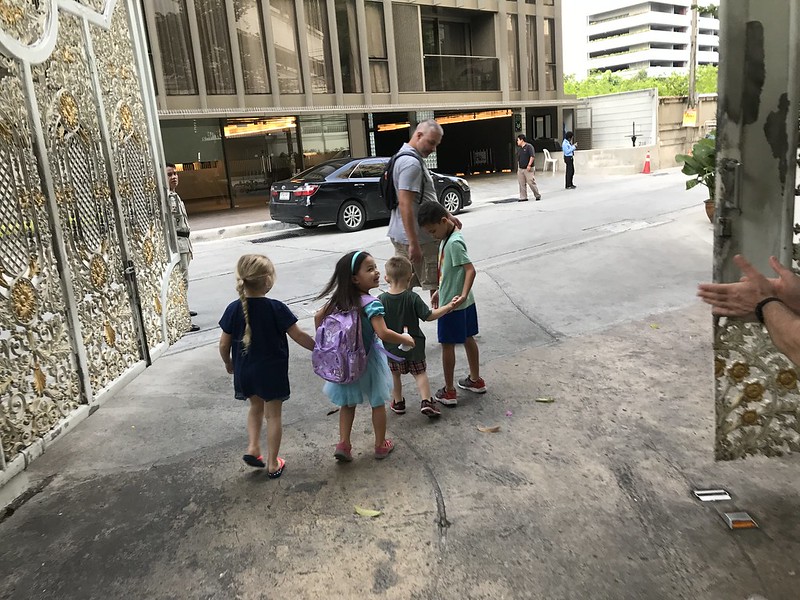 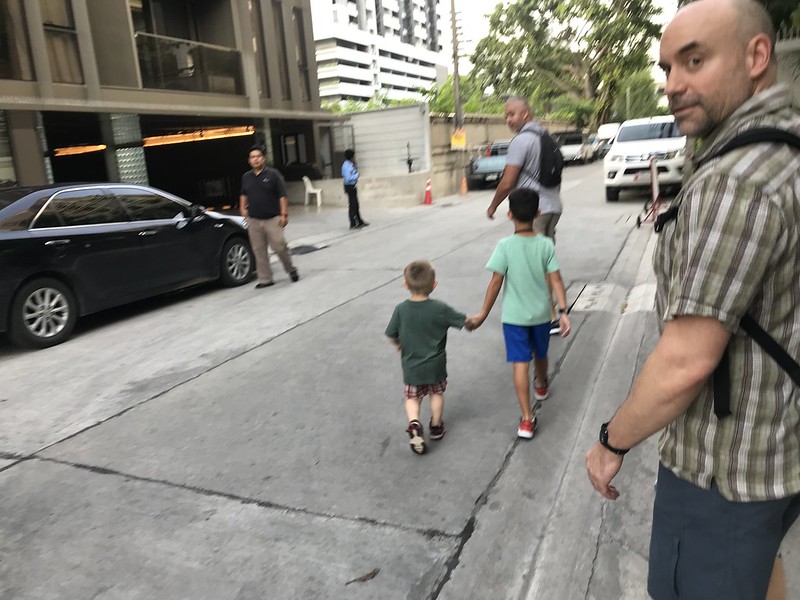 Trying new foods (this is a big deal for our picky eater… but when you’re hungry, you’re willing.  She had 5 dumplings.  Loved ’em. 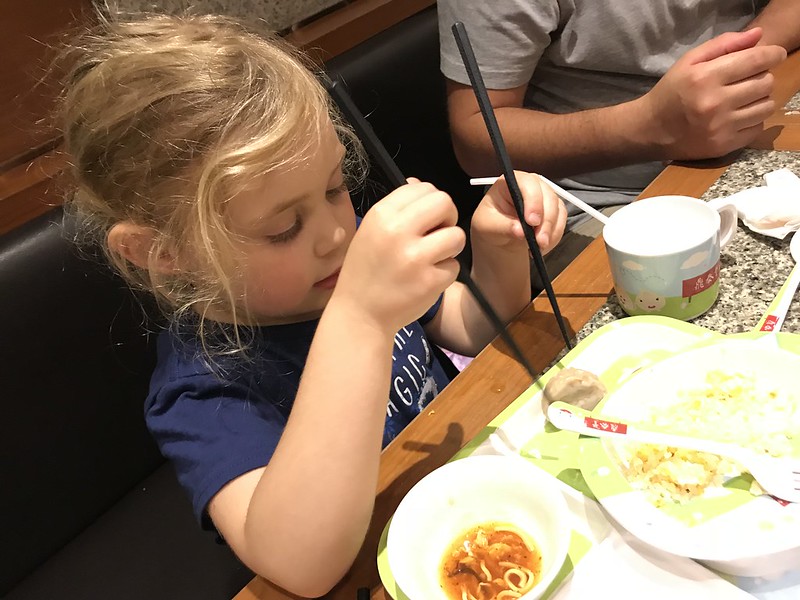 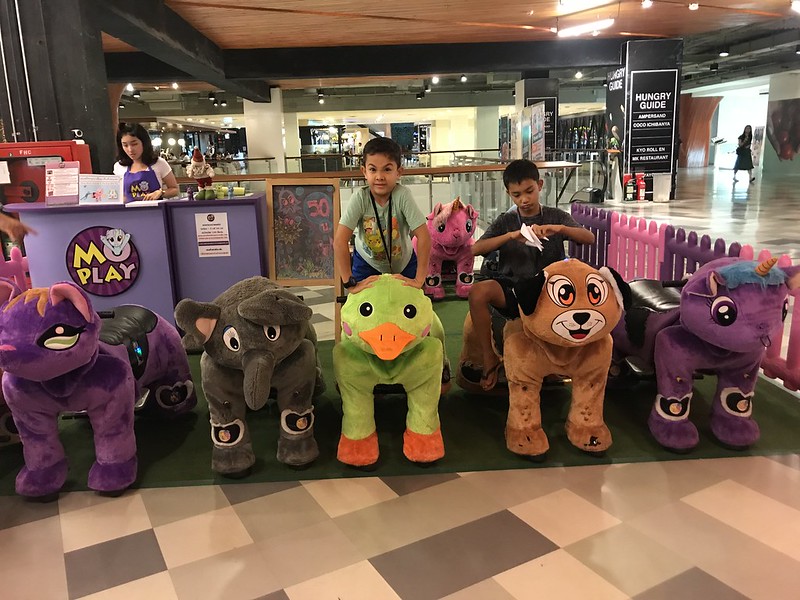 See the 2 people in the background?  They both had to jump out of the way (in opposite directions), cartoon style.  We have got to teach her how to drive.  I hope (and pray) “pardon” is one of those universal words like “menu” and “hi”. 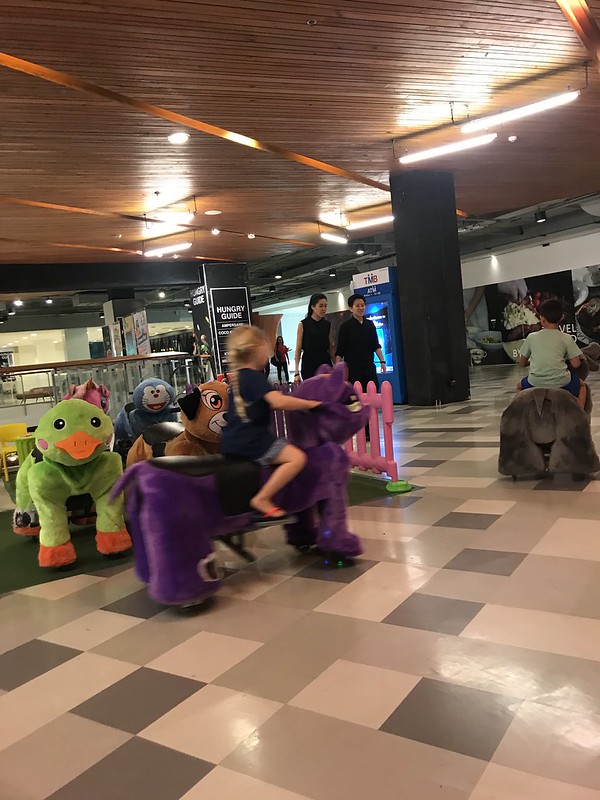 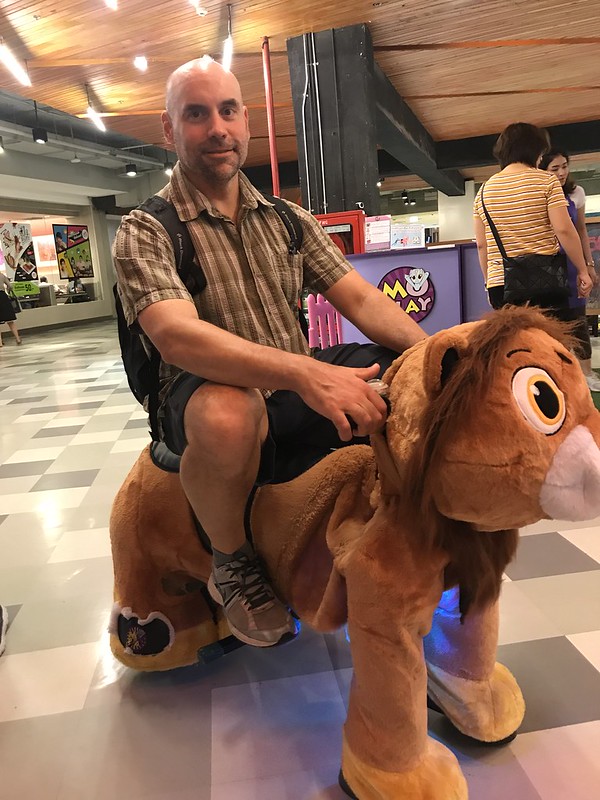 The tuk tuk drivers would give any Manhattan taxi driver a run for his/her money: 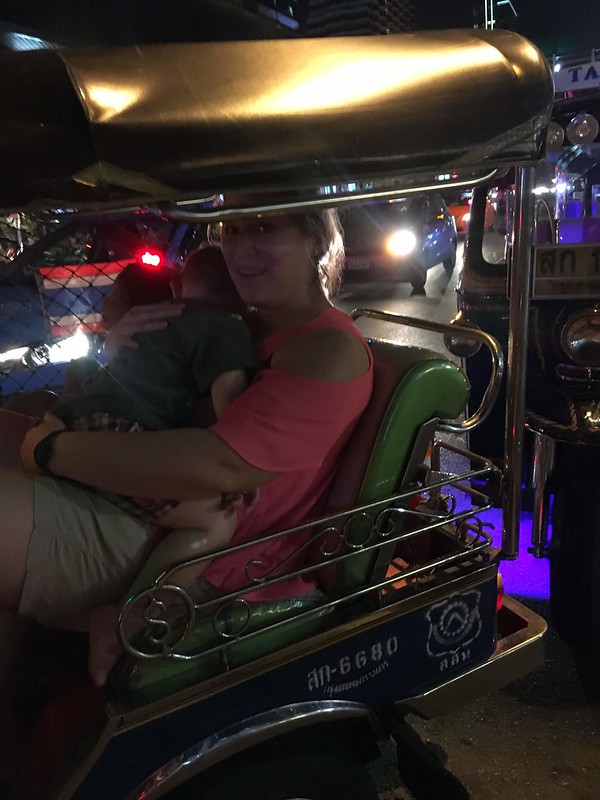 How is this possible?  She literally fell asleep while we were on Mr. Toad’s Wild Ride (the real version): 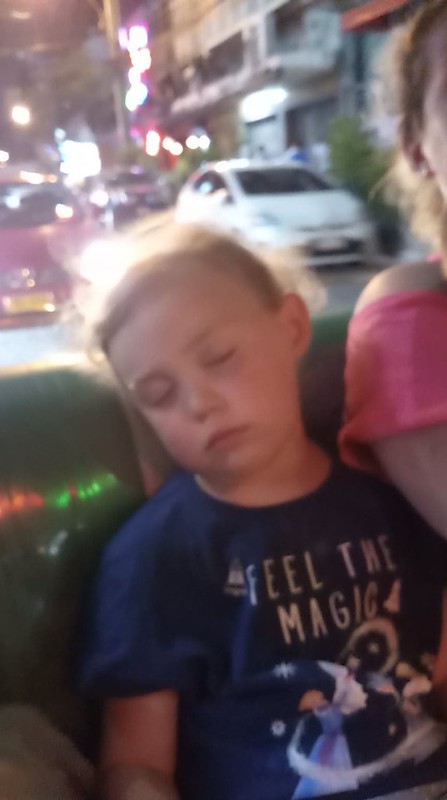 The adorable little peanut in the picture with us is Evie’s new BFF, Juliana.  She’s part of Tribe Lisa & Joe. 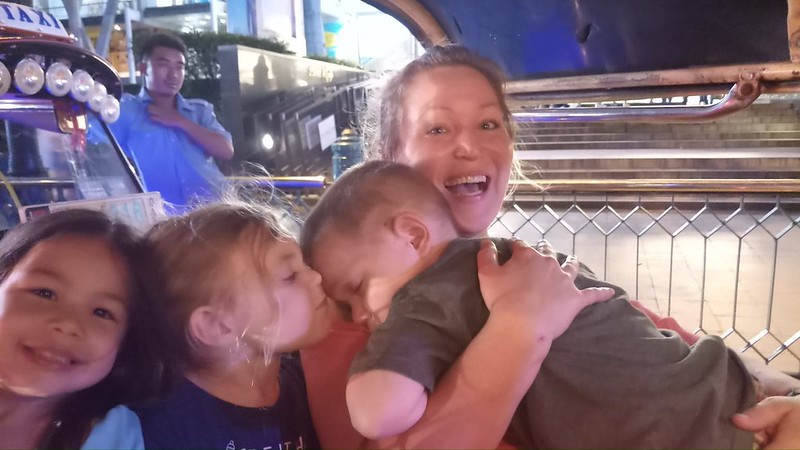 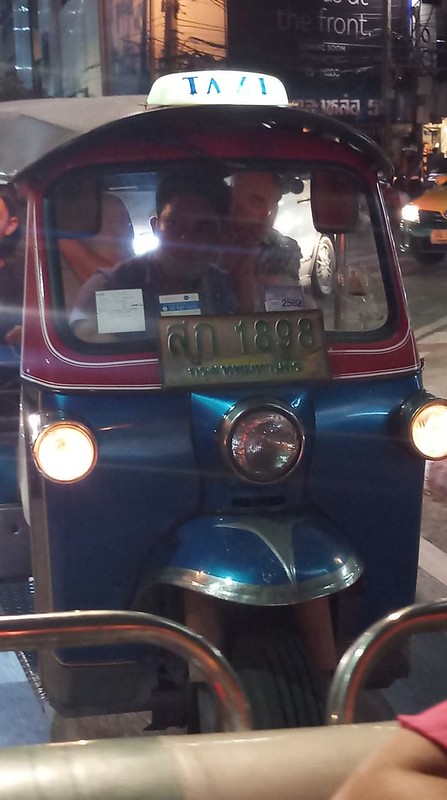 I asked Alan, our family lineman, if this is how he goes about doing his business.  I can confirm that no, this is not how we do it in America: 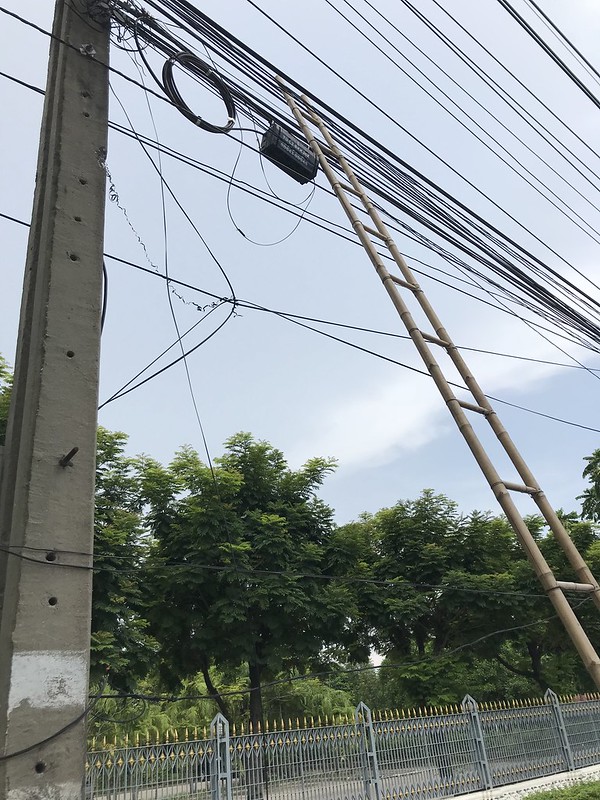 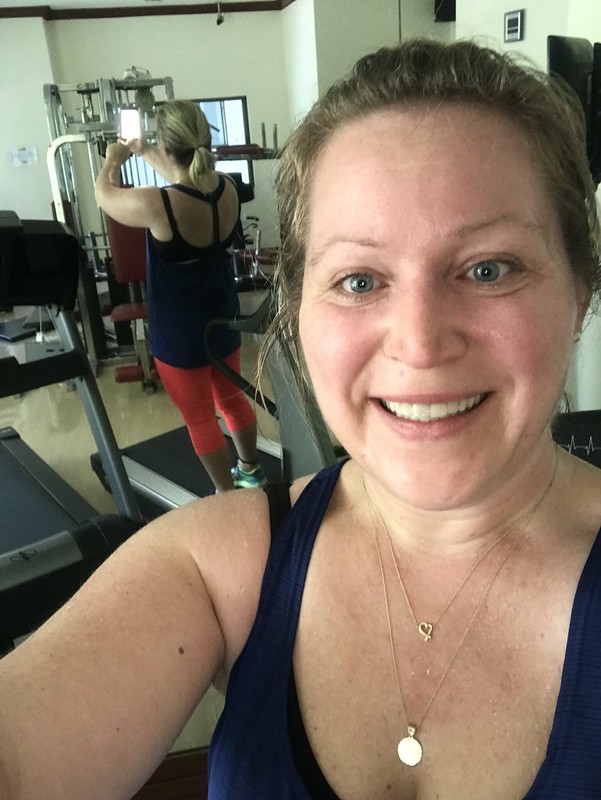 All hell broke loose - just as I expected.  The kids were screaming and there were real tears.  Leaving Auntie Ang and Uncle Brock's house was a complete s---show.  Mercifully, no one was there to see it (although I'm sure...

Evie, "Does George really have to go?"  Me to Evie, "Honey, we've talked about this.  Yes.  George was a wonderful Christmas tree. We're grateful for his service and hope he {and his surprise nest of little spiders} enjoyed the novelty...