(Heads up – the pictures are weird on this one. I’m experimenting with using Flickr to store the pictures so the posts load faster. I don’t have it all figured out yet.)

With Halloween approaching, Goblin State Park seemed appropriate.  I agree with the first guy who found it – they look more like mushrooms.  It’s a relatively small park more or less halfway between Arches and Capitol Reef.  I’m not sure how well known it is, but in the RV forums it’s talked about as a great place for kids.  The place didn’t disappoint.  In fact, Scott says that it’s “hands down” his favorite park so far.  (Big words for someone who just saw Yellowstone for the first time.)  Scott’s a participatory learner – he has to be ‘doing’ for him to feel fully engaged.  We got up close and personal with this one.  The “hoodoos” (sandstone formations) are anywhere from 2 feet tall to approaching 50 or 60. There are natural tunnels and challenges for all skill levels.  I even got Scott to go out by himself for about 30 minutes and he ended up scaling a large crack, waving at up like a school kid from the top of a 30 ft spire.  It’s wide open, by the way.  There are no trails.  The rules are basic – don’t intentionally hurt the hoodoos, don’t liter, don’t be an ass in any other way.  Beyond that, you can climb, scramble, explore and enjoy for as long as you like.  A day pass is $13. 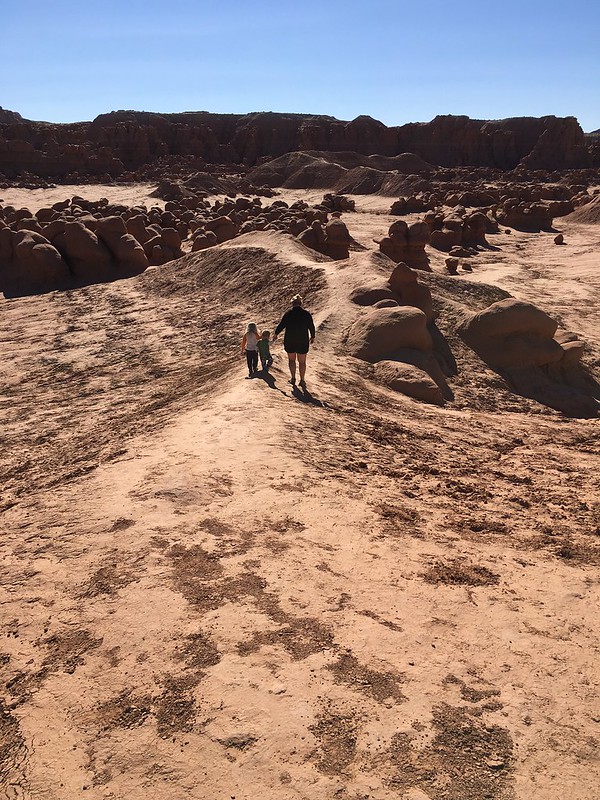 Yes those are Jack’s jammie pants.  That’s just how we rolled today. 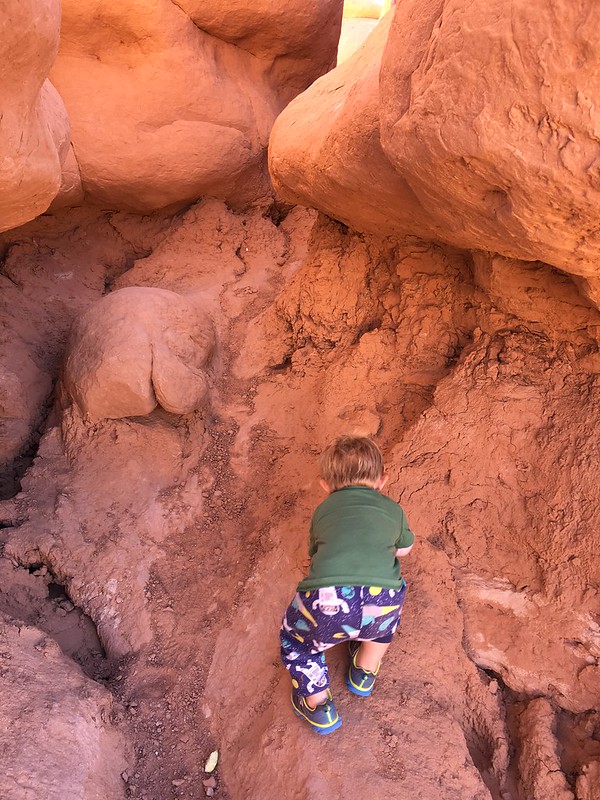 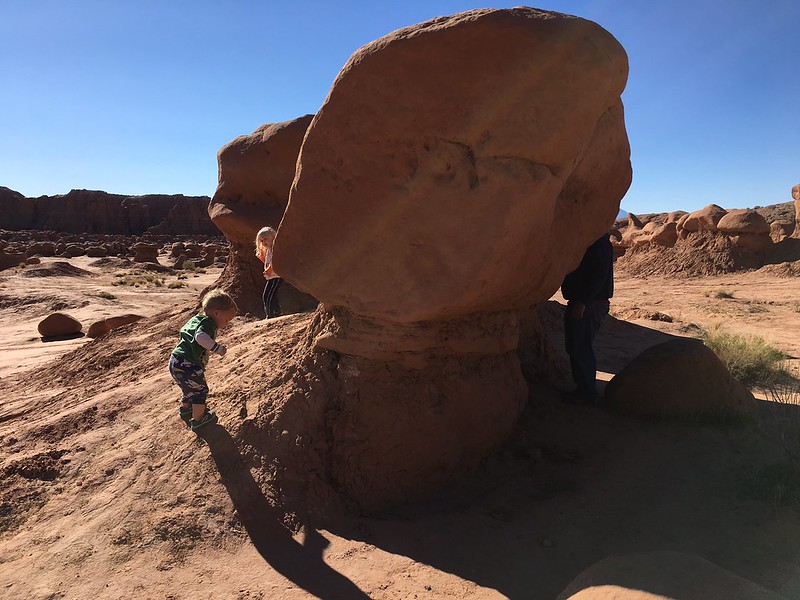 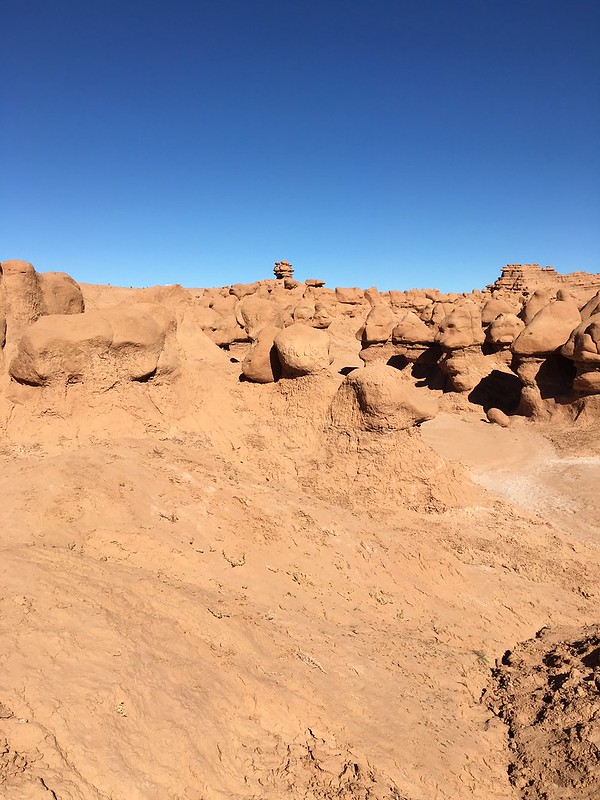 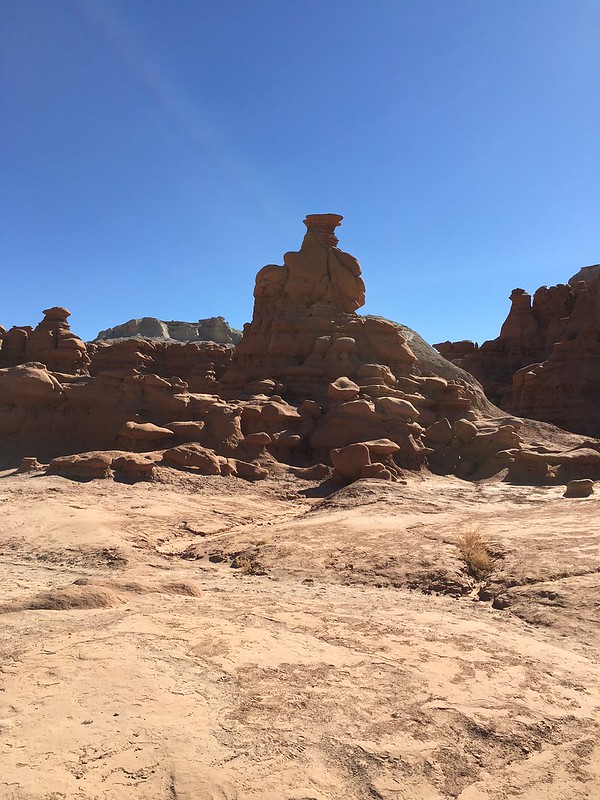 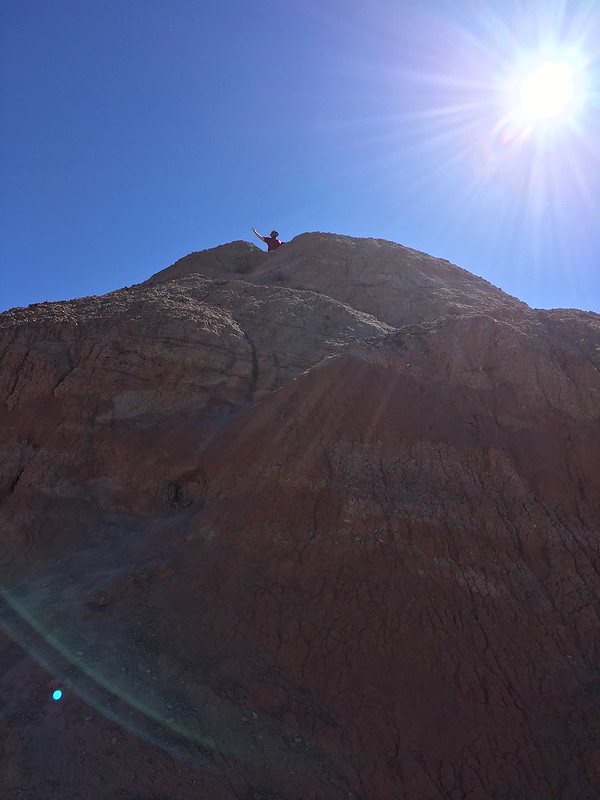 We boondocked for the night less than 5 miles from the park entrance in what was probably our most cushy dry camping spot to date.  There’s a large level grated parking lot with fire rings set up.  There’s even a bathroom (that’s a first!).  It wasn’t too busy when we were there – maybe 2 or 3 other campers.  The only downside was zero internet coverage.  As Scott had some things he had to get done he took the Grey Man and drove about 70 miles to get decent LTE on the puck.  He was, quite literally, sitting in the car on the side of the road at 9 pm on a windy dark night in nowhere Southern Utah.  We’d like to spend more time at this place in the future. We’ll come armed with an extra antenna though.

No two ways about it, yesterday sucked.  I admit it.... I had the feels. 😢 I don't like being attached to things... but there are some things that are just that special: anything my dad wrote by hand, my great-grandmother's ring that...

Trail of the Cedars

Our first hike in Glacier was the famous Trail of Cedars. It's a short 0.8 mile loop that has fairly heavy foot traffic. But it's certainly worth the fight for a parking space. We've developed a quirky love of trees....