This is how you pull off Thanksgiving on the road: 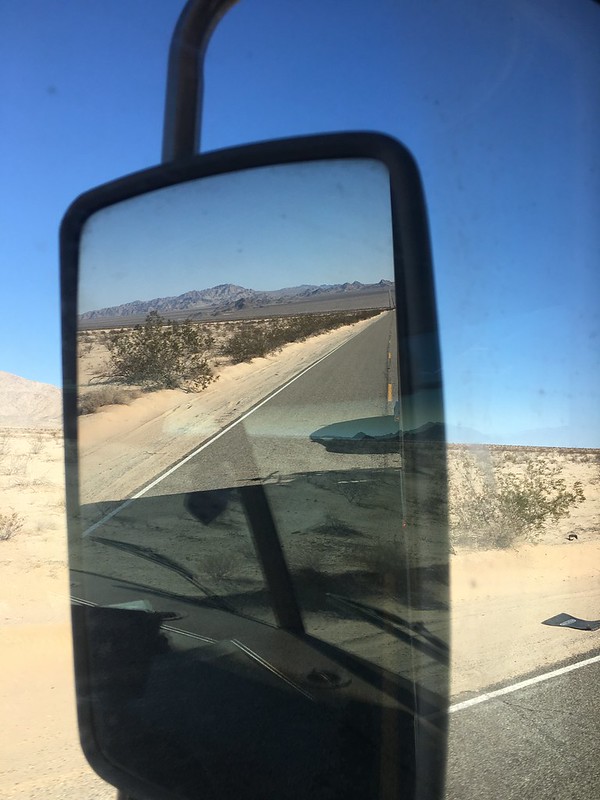 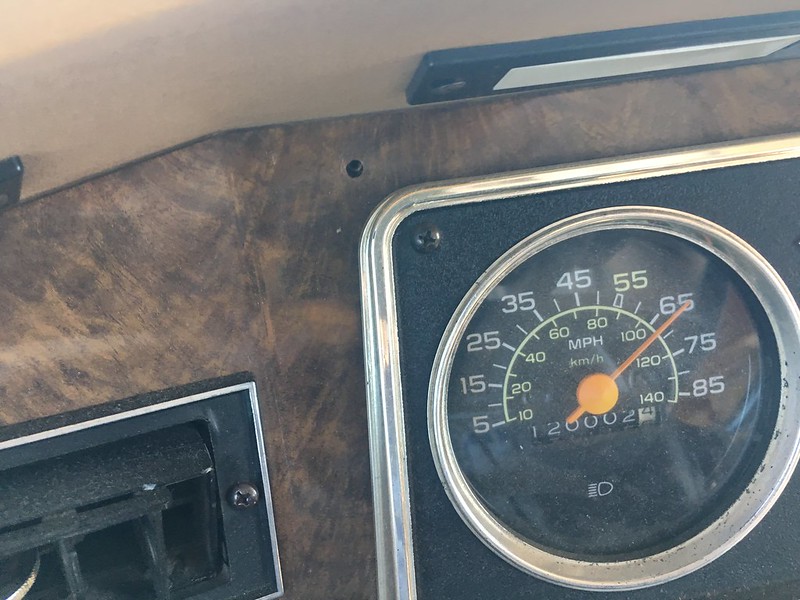 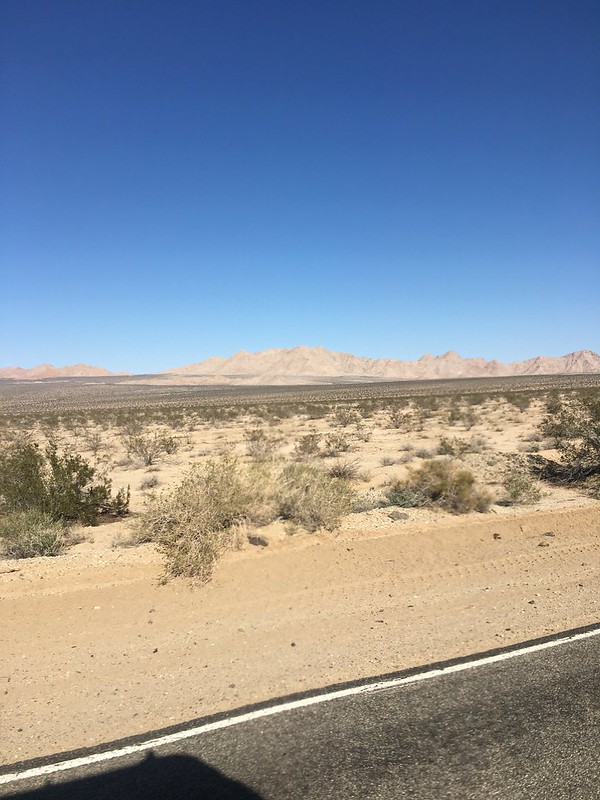 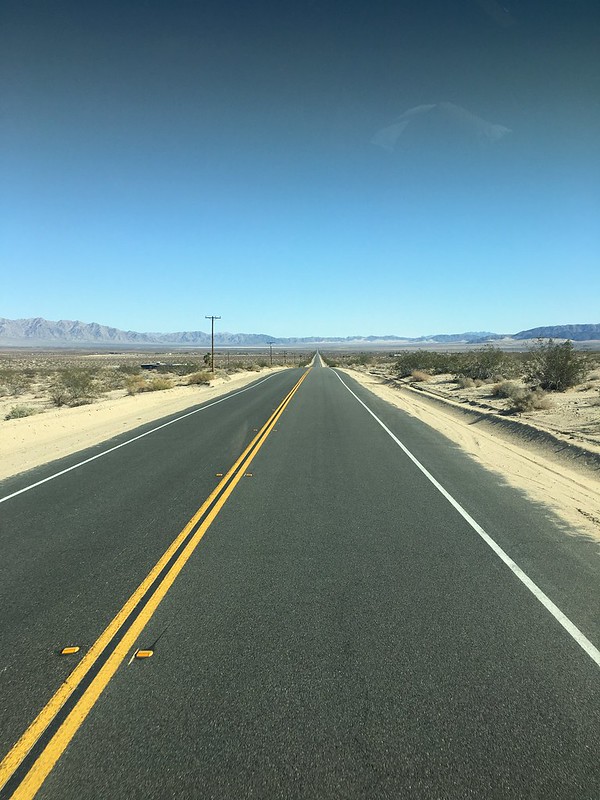 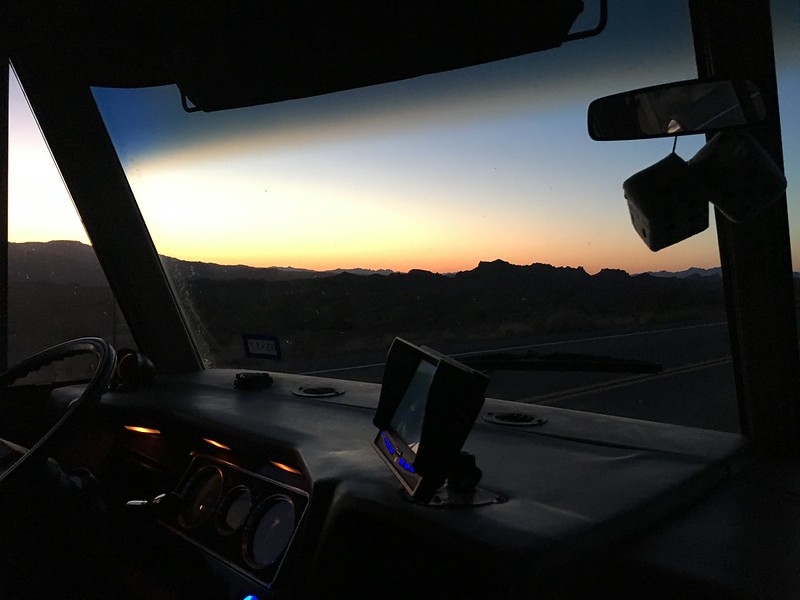 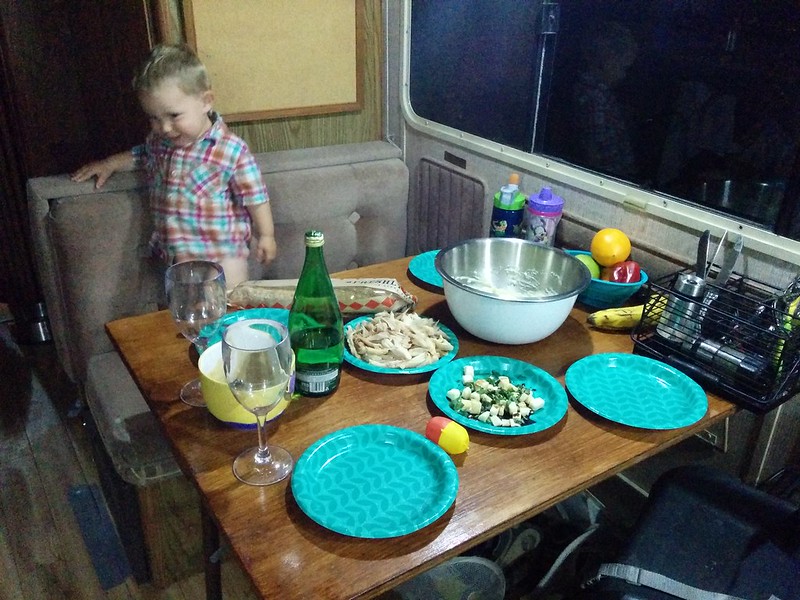 I had a hard time getting into the holiday mood in the desert.  I need pine trees and cold air and… on a really really great year… a sprinkling of snow.   But that’s ok (we’ll do the real deal at Grandmom’s house in Dec).  Scott and kids forgave whatever my creative dinner lacked and we made it festive.  We put on nice music.  We all said what we were thankful for (and I bit my tongue when Evie said Elsa…. while that doesn’t fit with my worldview, I let her be thankful for whatever she wanted PLUS her health and family and playing with Jack).  By the way, what kind of crack did Disney put in Elsa?  She’s not even the smart, funny one.

The next day was quite a surprise.  It turns out although our spot was almost empty when we arrived, it was Grand Central Station when we woke up.  Just off of 95 is where all of AZ goes to play in the desert.  There were 4-wheelers, razors and dirt bikes (even a 5 year old little guy had one and did a solid job driving).  Model rockets were going off.  Families were gathering.  It felt very…. old school.

We contributed kite flying to the gathering.  Evie is a budding enthusiast.  We got hers launched.  She didn’t need much help.  I got Jack’s launched.  He was a complete disaster.  I get it… expecting a little bit much from his 19 months maybe.  Then he decided he needed to go inside the RV.  Reluctantly I handed his kite to Evie knowing, without a shadow of a doubt, that I’d spend the next hour untangling them.  Nope.  Evie managed both kites.  No tangles.  No issues.  She even taught herself how to get them out of a dive by shortening the tether and catching wind a little lower.  Ok… maybe thermodynamics will be her thing (one can dream, right?!). 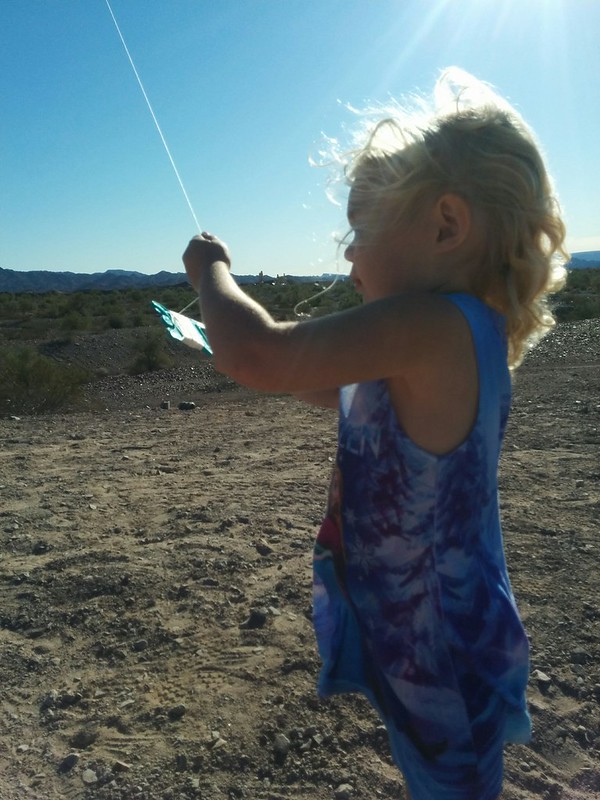 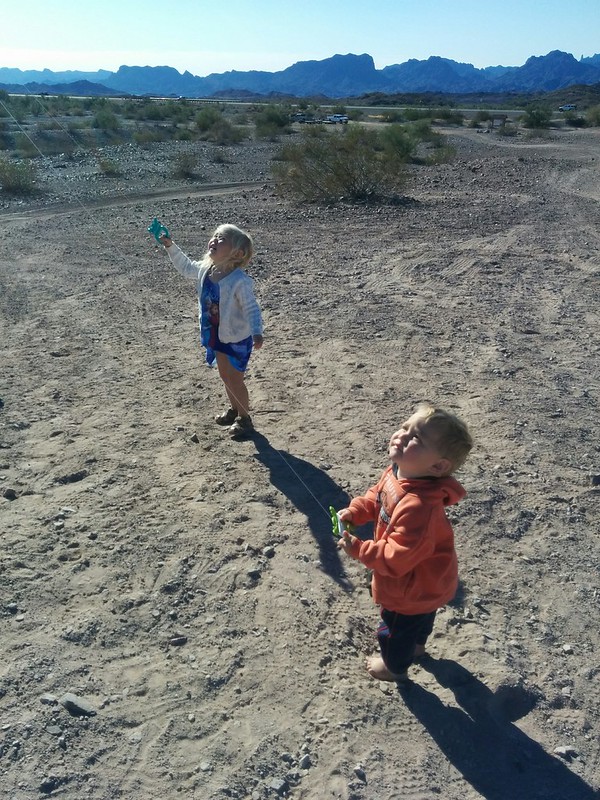 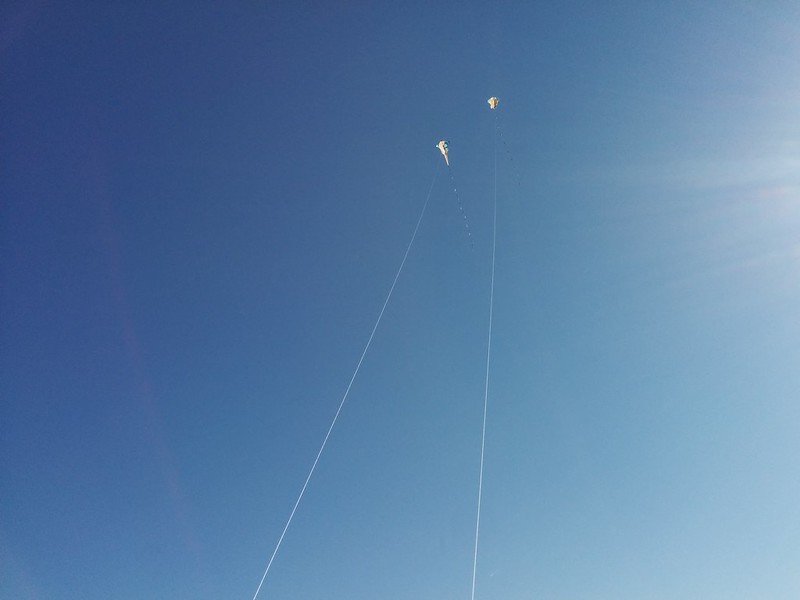 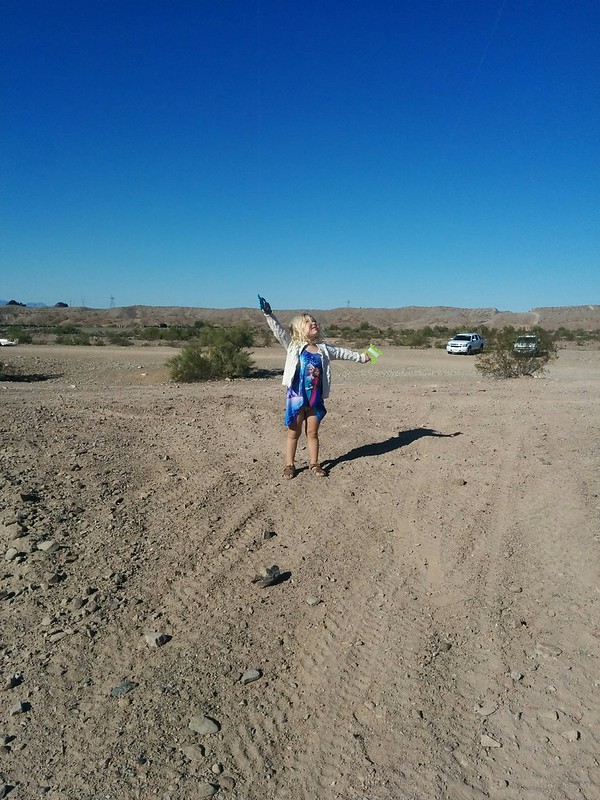 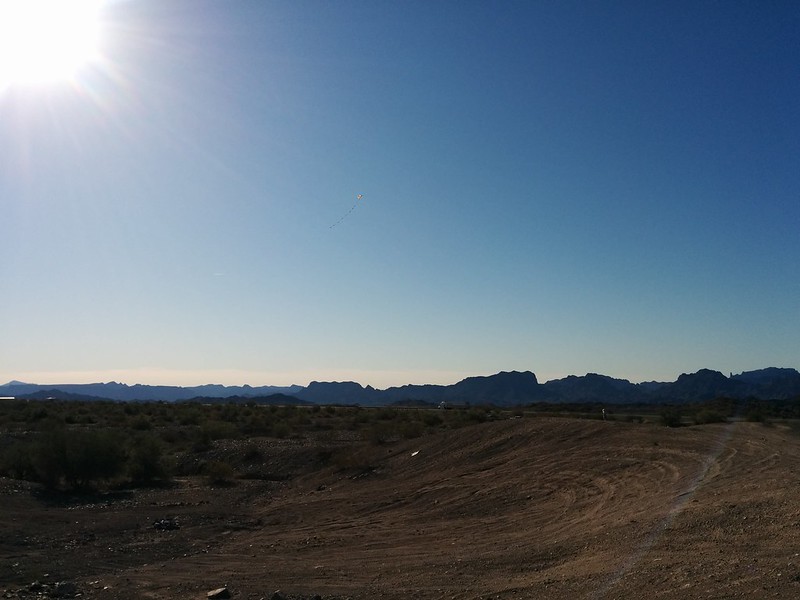 After kite flying, Ev decided she wanted to fly herself.  She asked if she could have some wings for Christmas.  With a twinkle in my eye I said, “Where there’s a will, there’s a way.”  That turned into a nice little arts and crafts project for us.  We cut the wings out of cardboard, covered them in tin foil so they ‘sparkled’ and I had both kids decorate parchment paper with crayons for a pop of color.  Then we harnessed them up using double sided tape and rubber bands.  When we were through, with big eyes Evie asked me if I was going to launch her into the air just like her kite.  I may have failed on Halloween but I brought my A game to day-after-Thanksgiving Day. 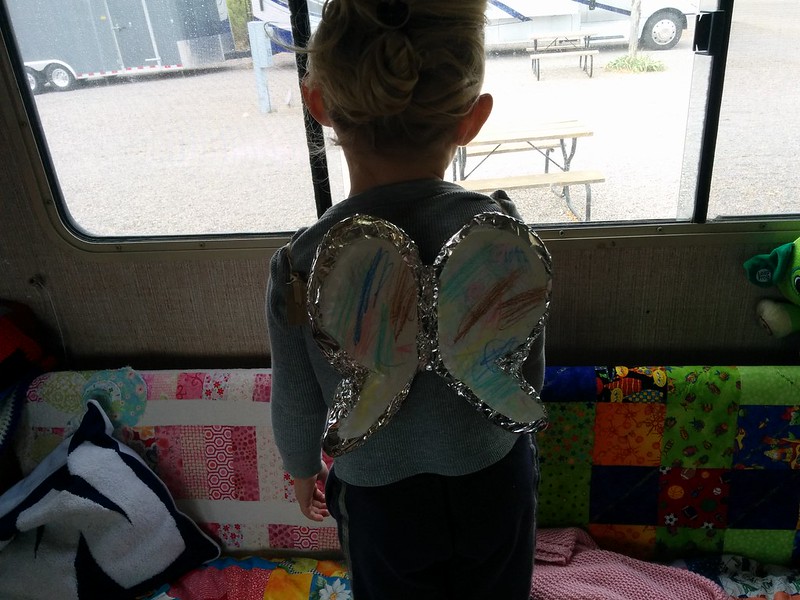 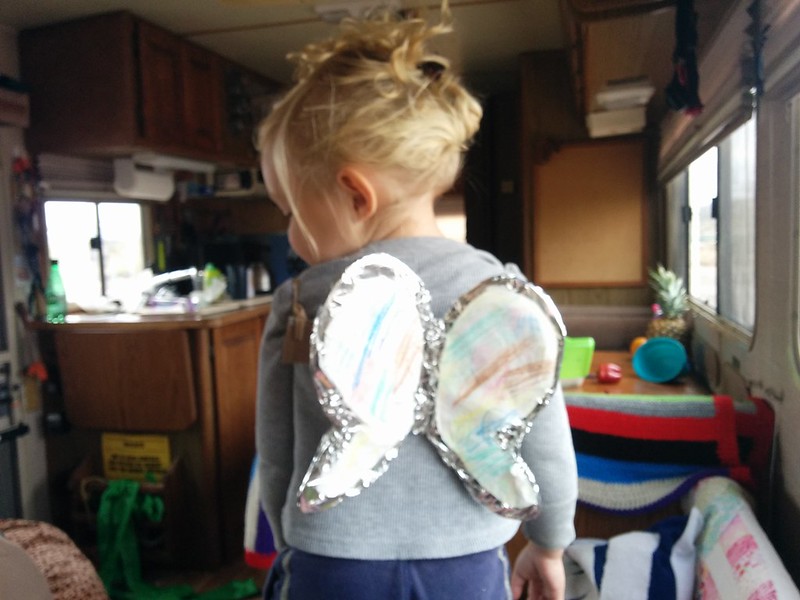 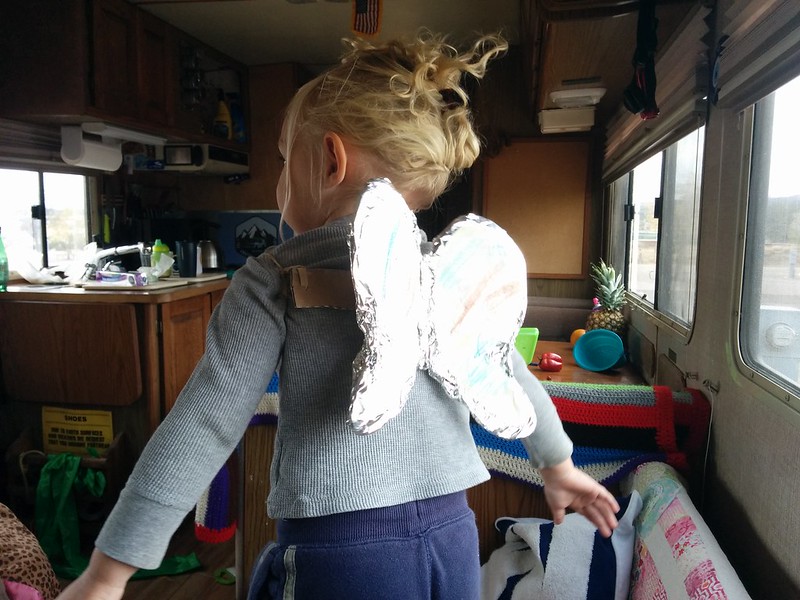 Evie to me, “Why do people keep wanting to take my picture?”  Me, “No idea.  Maybe they like oddball looking people around here. ”  Eye roll, tongue out.  You'll thank me someday, Evie. When it was time to leave Lisa...

Nothing feels better than being on the road again.  We fire up YouTube and played Willie on repeat.  Everyone is excited. We woke up in Boron, CA.  Here's my campendium review of the campground.  It was $14 a night with Passport...