Getting The Juice Going Again

An odd thing happens when you keep a blog.  Because I know people read it (all 10 of you!) or maybe because I’ve made a commitment to myself to document our life when I don’t write at least once a week (and even that is on the thin side), I start to feel bad.  When I start to feel bad, I keep putting it off until I think I have something funny to write.  When nothing funny happens because we’re in a comfortable place where very few catastrophes happen, the procrastination persists.

It’s quite a cycle… and it ends up with no blog updates in over 2 weeks.

This is a less-than-fun update to get the writing juices going again.  You simply can’t catch the engine compartment of your old RV on fire every single day… that isn’t advisable.

Grandpa Mike retired in August.  For months (really, more than a year), his kids (including Scott) tried to put something together {between us – with very limited success}.  His sons called in the big guns (their wives) to coordinate with their sister.  I, for one, was volun-told about my additional responsibility.

Us ladies pulled off an epic surprise that may go down as a primary example of how to do a surprise party.

Auntie Ang and Uncle Brock flew in from California.  Uncle Mat and Aunt Heather along with Charlei and Kalahan flew in from North Carolina.  Scott picked up Nate in New Hampshire.

In a distinctly Warren twist, Scott called Grammie and Grandpa on Thursday afternoon to ask that they arrive anytime after 4-ish on Friday (with an appropriate reason so as to not ruin the surprise).  Grammie Denise, “What are you talking about?”  Scott, “Ah… tomorrow…. when you get to camp…”  Grammie Denise, “No idea what you’re talking about.” Scott, “Um, for Grandparent’s weekend… remember… you’re coming to camp this weekend.  Right?  Right?!”

Little did his parents know they were coming to camp on Friday regardless of whether they remembered and/or had made any other plans for the weekend.  People were in the air.  This was happening.

We had a great time celebrating retirement and family time. I had science and art projects ready for the kids.  It was so nice outside though that everyone boated, played, swam, made fires, talked and hung out.

Scott and I changed the password on the wifi so the kids had zero internet access.  #GameOfThronesRuthless

After all that excitement, life returned to our new normal.

Scott is working on his business.  We get asked how it’s going and my response is always, “Slow and steady.”  That’s good in that he’s putting a lot of working into building up his bona fides and online presence.  He’s seeing a return on his hard work.  It will come as no surprise, however, that he and I are built for, “Fast and out of control” so we are actively practicing the arts of patience, fortitude, and tenacity.  It’s not my favorite headspace, but that’s ok.  The goal is to create a company that makes reliable money (so we can run around the world being spontaneous and irresponsible).

Evie is doing well at pre-K at the Jewish temple.  The saga with little Trent continues but is losing steam. I got a note from her teacher the other day, “Hey there! I wanted to be sure to let you know that Evie did a great job inviting one of her peers to play with her today!!!! She had quite the block structure built with three other friends when a boy quickly approached their ‘doggy’ play… She jumped up to protect the ‘doggy gate’ they built and asked him if he wanted to play pets with them!!!!! I showered her in praise and told her I couldn’t wait to tell you guys how good she did including him!!! He joined in for a bit and the did great together!!!”

Picture it: Evie was going to defend that structure with every ounce of her little being.  Go time.  War.  I suspect she realized Miss Karen was watching so she changed tactics just prior to launching a full frontal assault.  (Don’t underestimate her.)  Either way, it all worked out and now Trent is on the “isn’t terrible” list.  This is progress.

Jack is taking swim lessons.  He loved the first one.  He screamed the entire 30 minutes of the second one. After that, I went home and drank.  A lot.  While I know he has to learn how to swim (it’s non-negotiable in our family) and I have the strength to make it happen whether or not he wants to, there is something particularly brutal about having to listen to your child scream for 30 minutes while glaring at you like you’ve sold him to a fat, chain-smoking demon.  Seriously, it’s a warm pool and she’s asking you to blow bubbles.  What gives?!

The kids and I are in French class on Saturday mornings.  To support that, we now have little tags taped to everything in the home.  My mom speaks French to them. I speak Spanish to them (because it was a nail-biter as to whether or not I was going to learn it in the first place… I have zero intention of replacing what I’ve retained).

In a proud twist, not only can Evie count to 10 in English, Spanish and French… she can do it in binary (base 2) too.  I have a book and a dream that neither one of the kids will be intimidated by coding.  We’re getting ready to frolick in the joys of machine language.  Hello, robots.

Scott is also lumberjacking on Mom’s property.  There were a couple of trees that needed to come down.  I can’t say it was terribly exciting, but the kids and I collected the sawdust, melts down some used candles in a crock pot I bought at Goodwill (for $3!) and we’re making fire starters to give away to friends and family at Christmas.

That’s about it.  I’m caught up.  I missed a few things: Evie’s lemonade stand and Jack helping me work out.  Pictures below.

We made $19 American dollars off this thing.  It was a raging success. 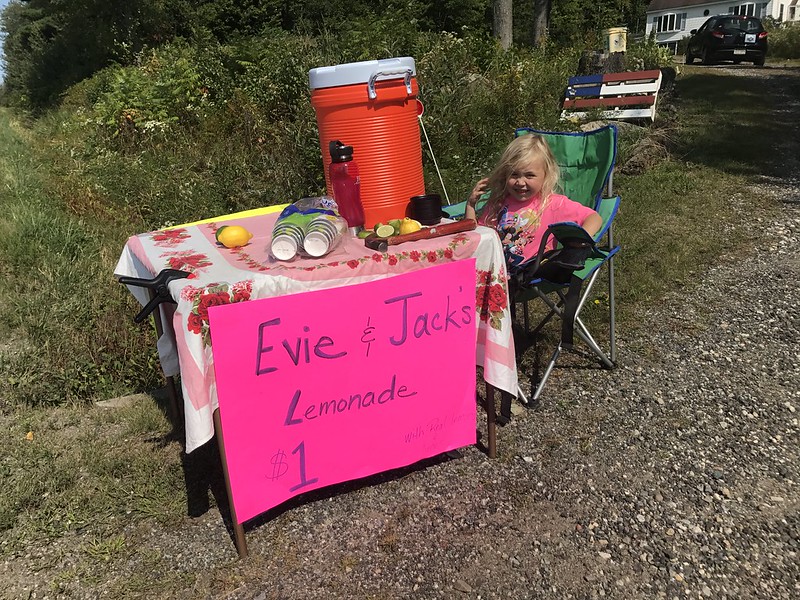 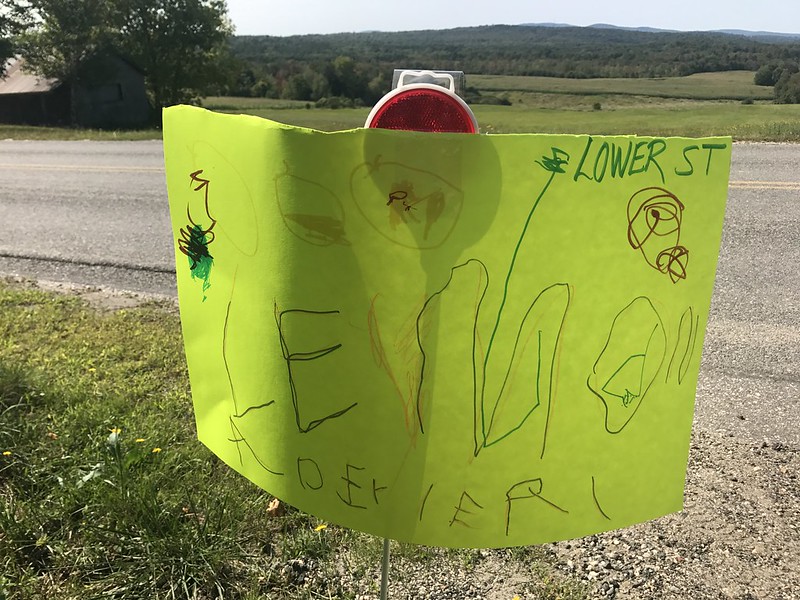 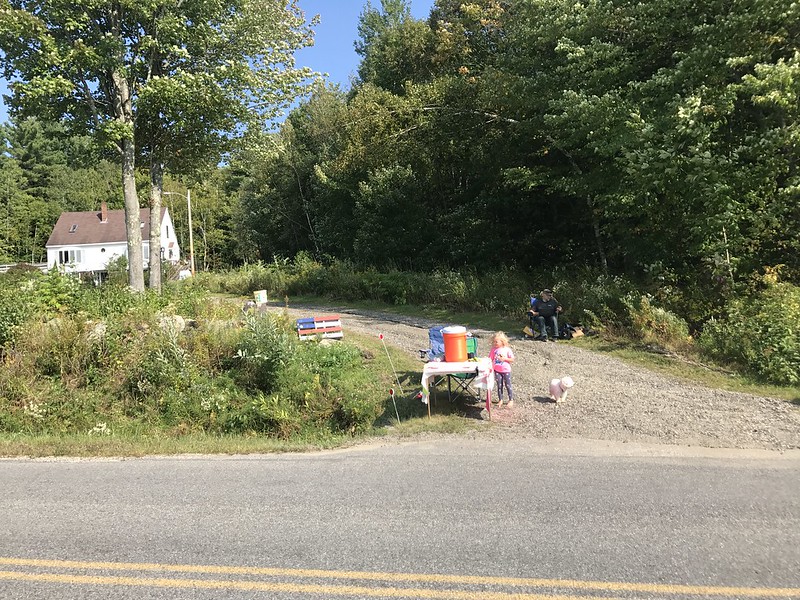 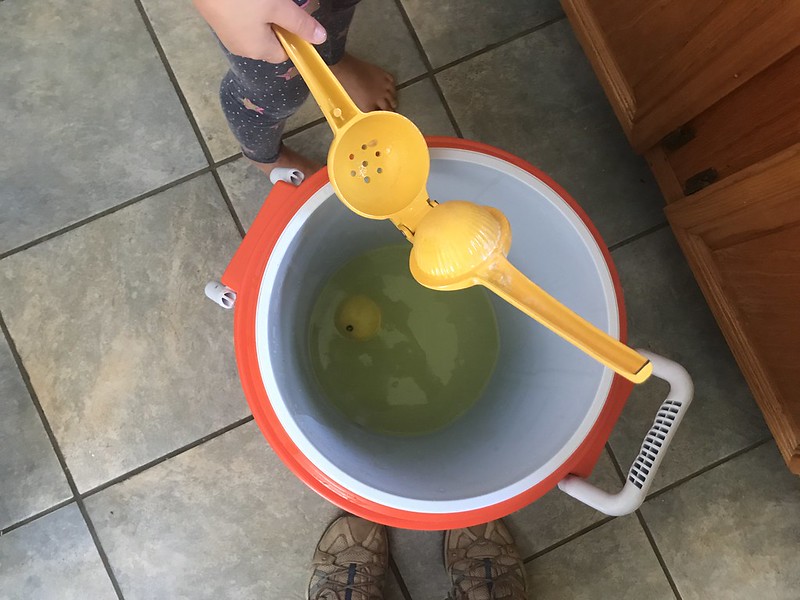 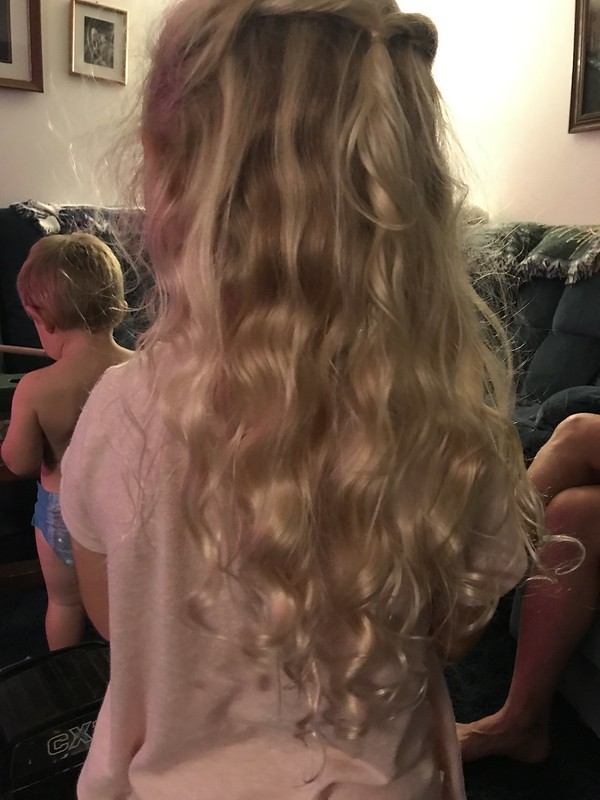 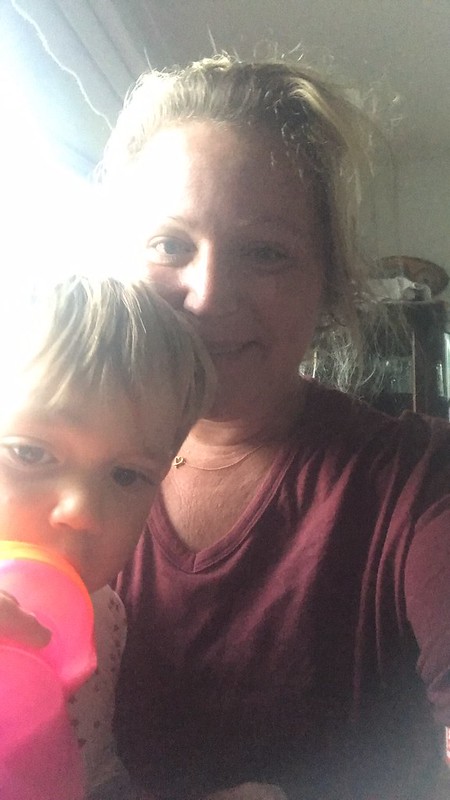 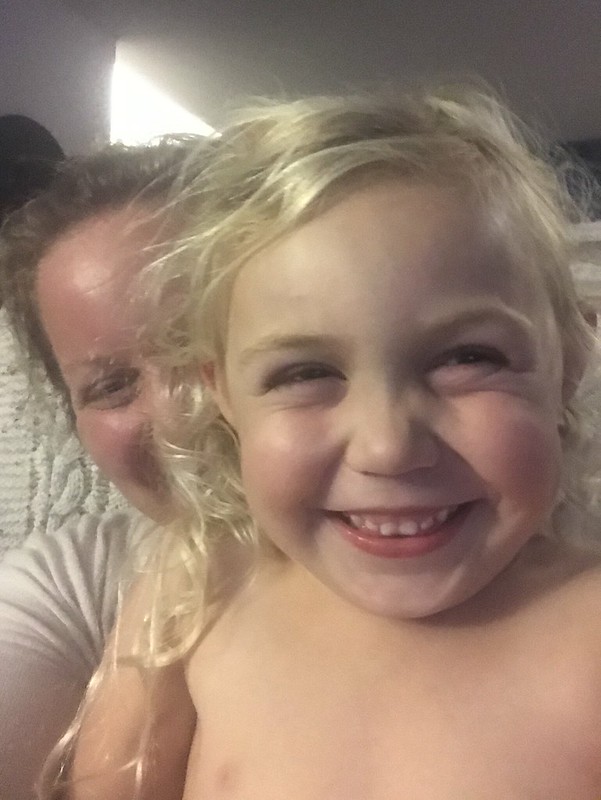 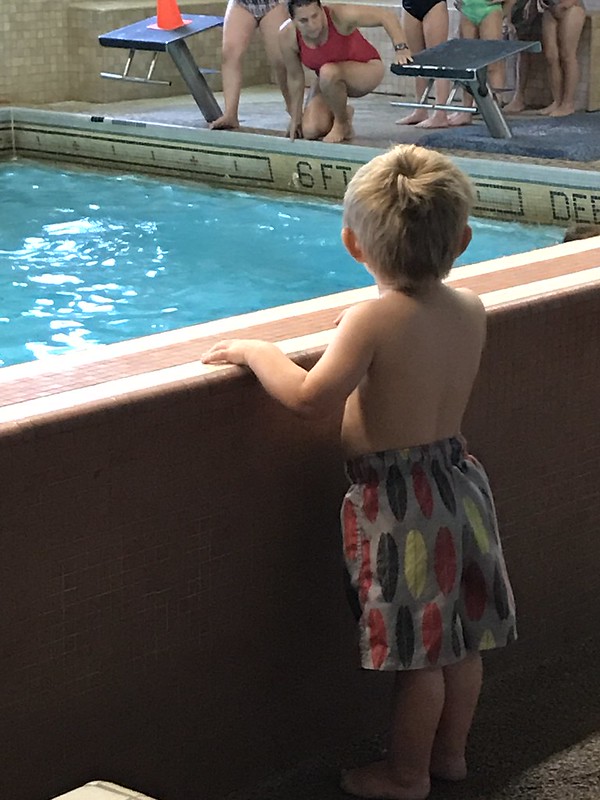 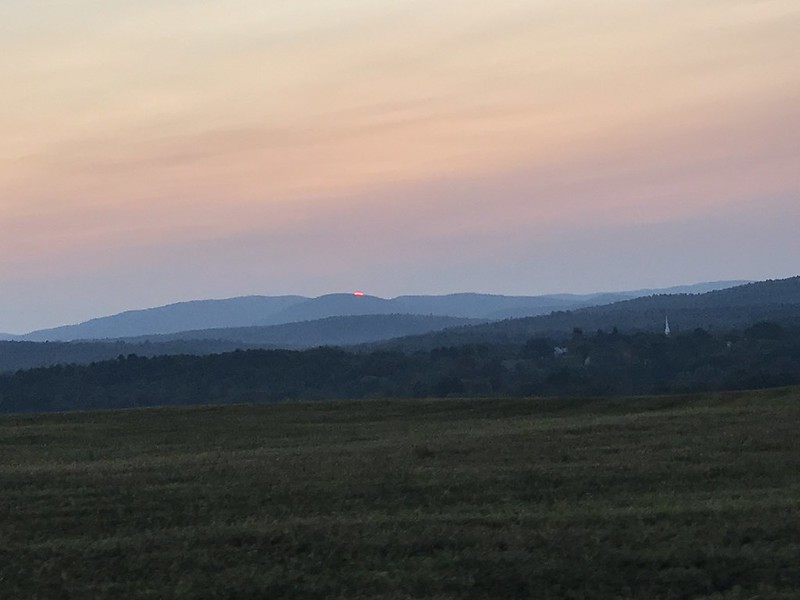 Homecoming at my old high school: 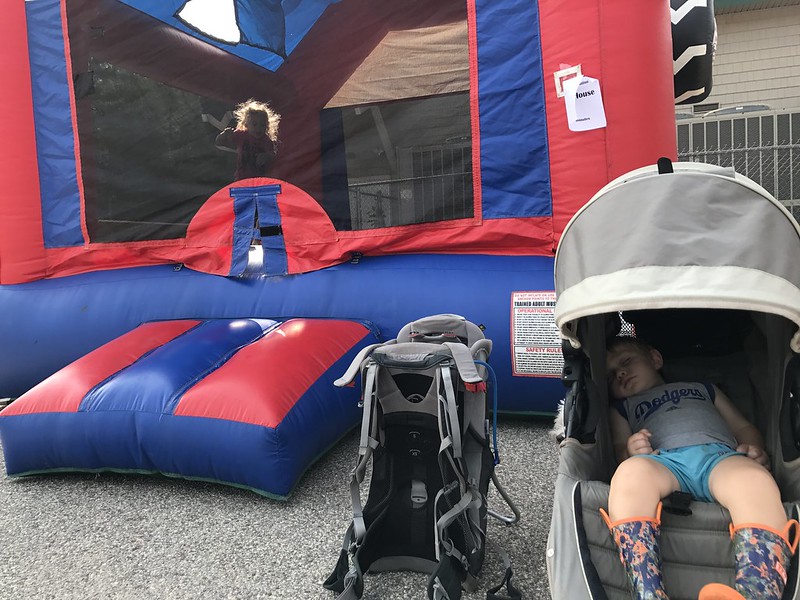 I’m still working out daily and losing weight. I have helpers too. 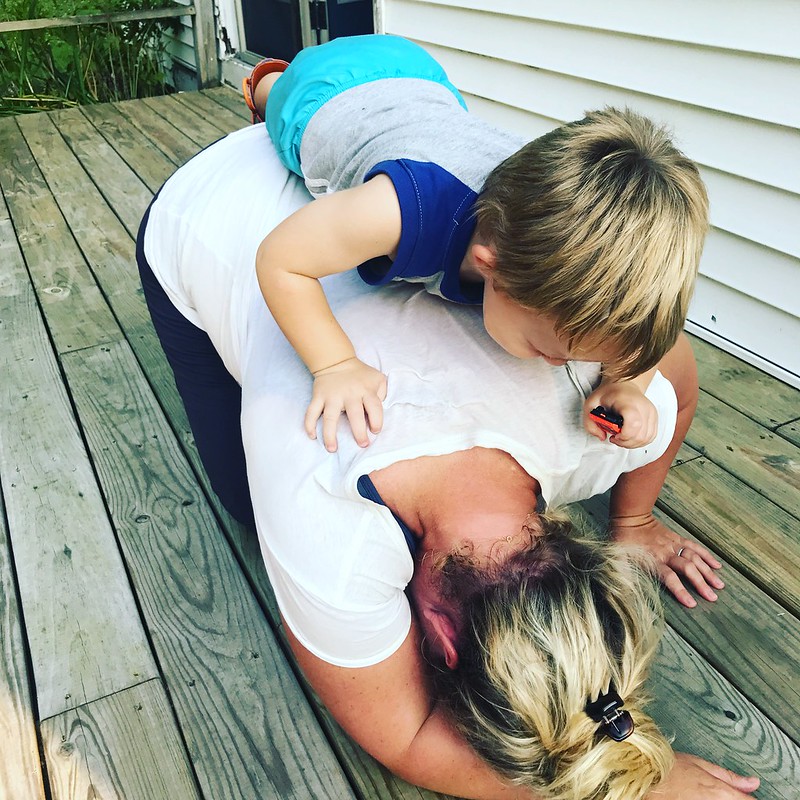 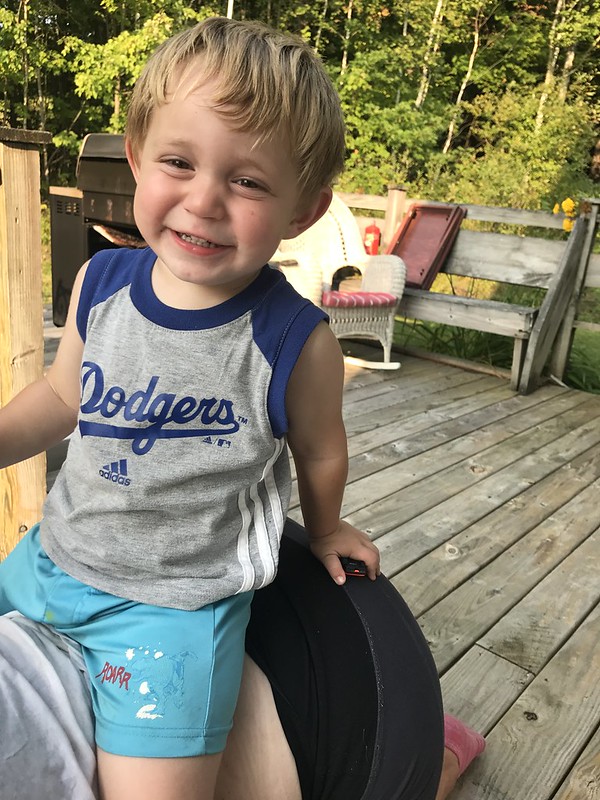 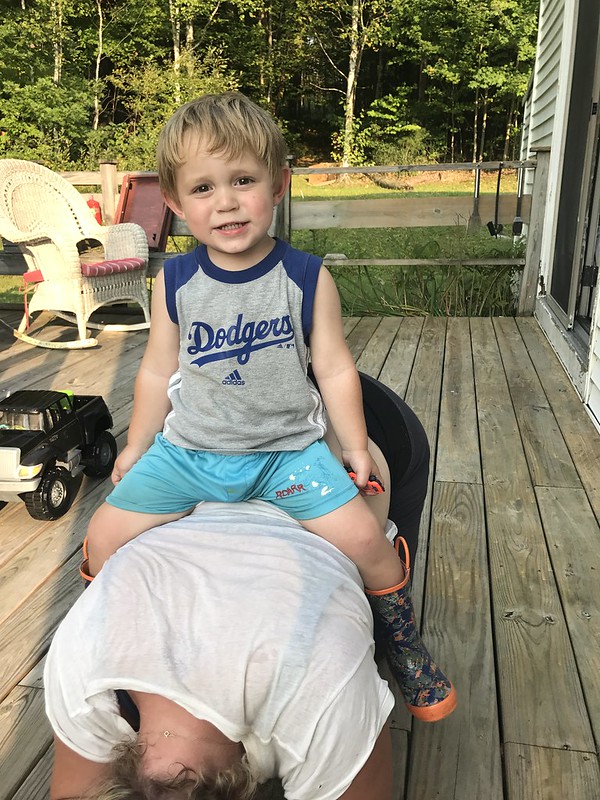 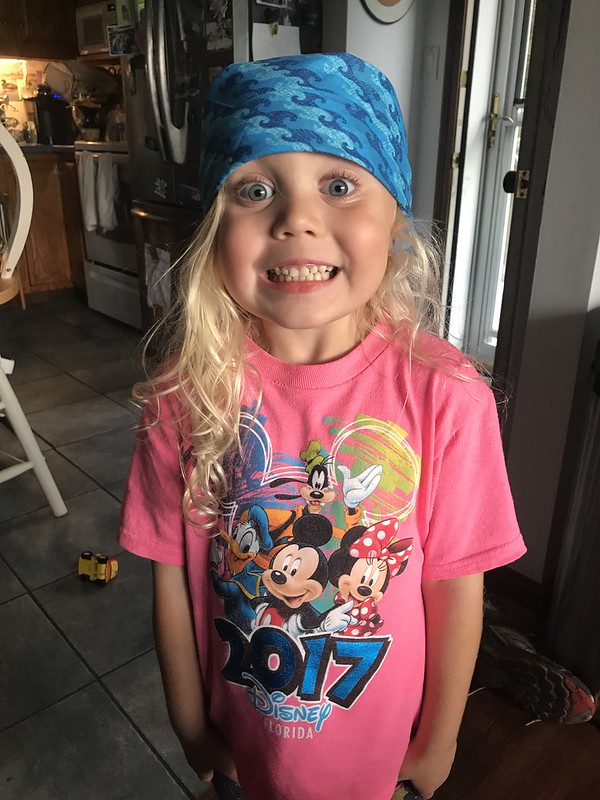 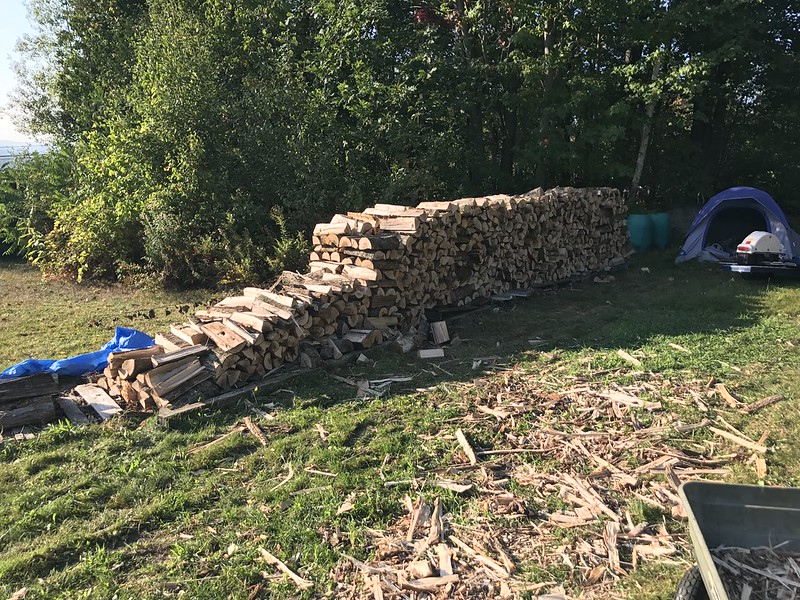 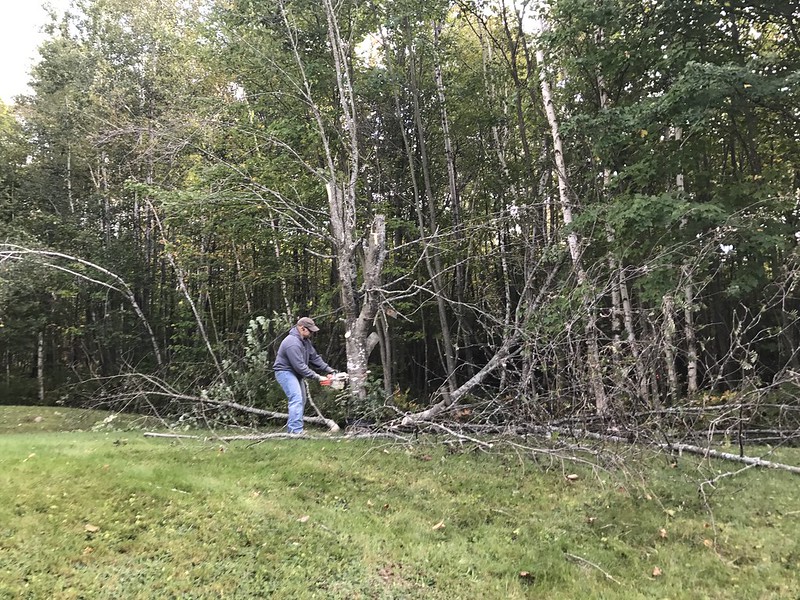 We’ve been working on the inside of the kids’ playhouse.  They now have wall decorations, curtains, chairs, and a rug. 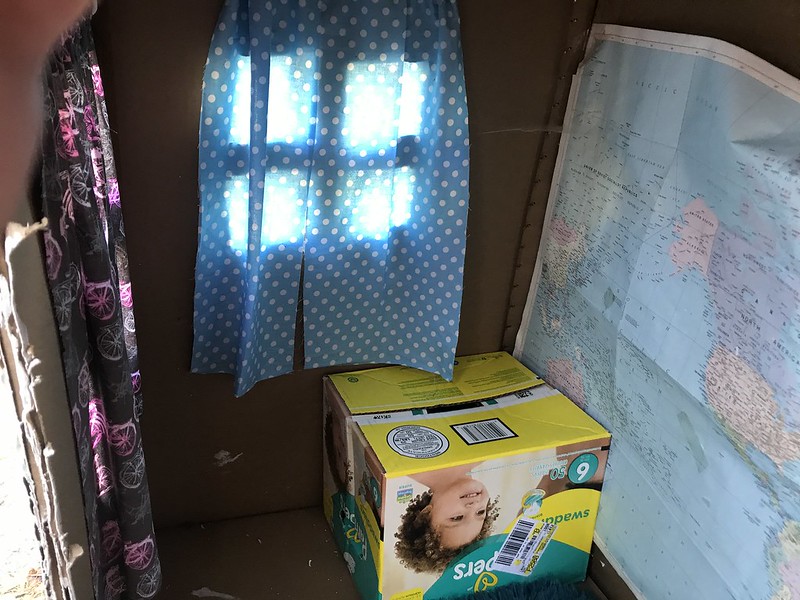 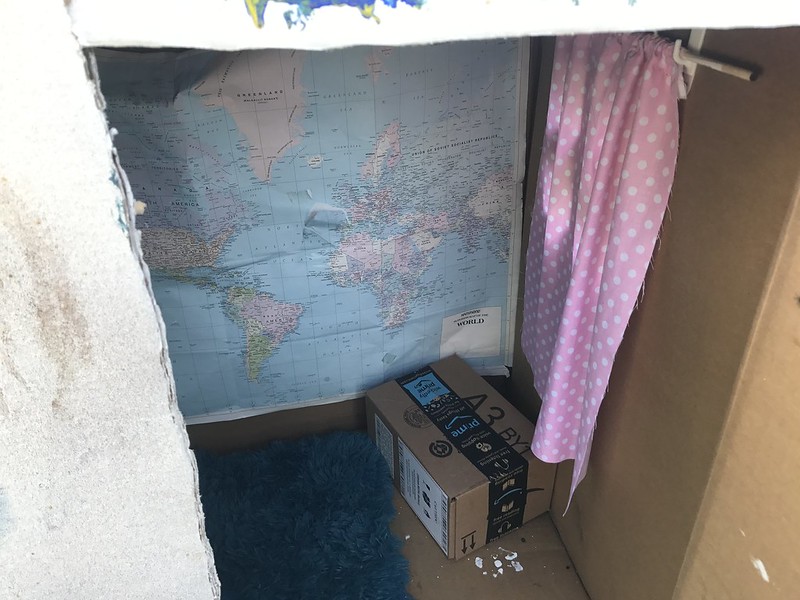 The Retirement Party at Camp: