I should have given you a heads up…. we were heading into a long weekend of family time so I knew we’d be MIA on the blog for a little bit.  I’m sorry I forgot to mention it.  Several folks have checked in to make sure we’re ok.  That’s so sweet.  We’re better than fine.  We have 24/7 access to people we love, a tub, a backyard with a fence, a real sink…. I totally get you sticks and bricks lovers, by the way.  A house is a magical place.

Making our way back down from Trinidad, CA… we ended up spending the first night in an unexpected place…. Garberville.  Welcome back to Hippyville, USA.  We stayed in a campground that was…. unique in our travels so far.  There’s a big sign, “Chemical substances are not welcome here.”  Ummmmmm, maybe.  We were in 1 of maybe 2 transient camping spots... everyone else seemed to be some sort of permanent residents.  Not sure why…. but most of the campers were using tarps.  The next morning I took the kids to the campgrounds.  There was a lot of movement between campers… person 1 came out of camper A and went to camper B.  Person 2 came out of camper B and went into camper C.  Person 3 came out of camper D and went into camper A.  No idea what that was all about but it was highly entertaining to watch. 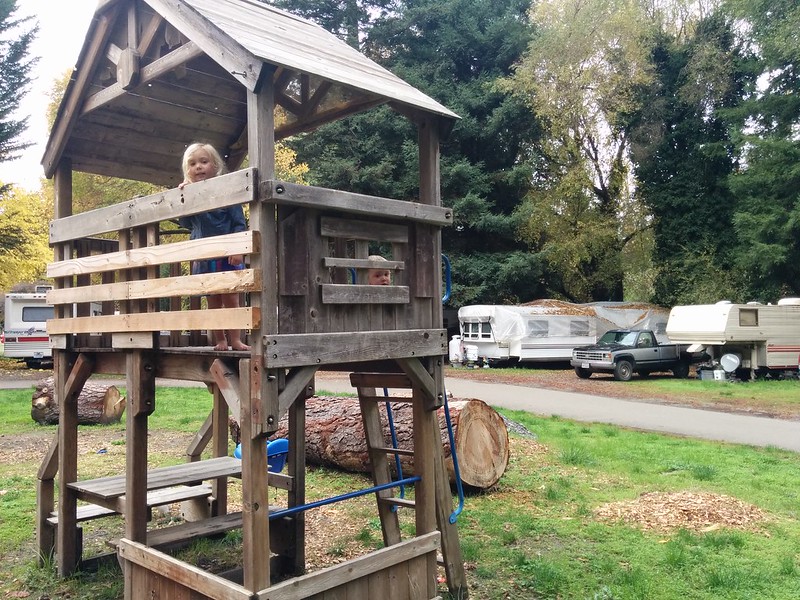 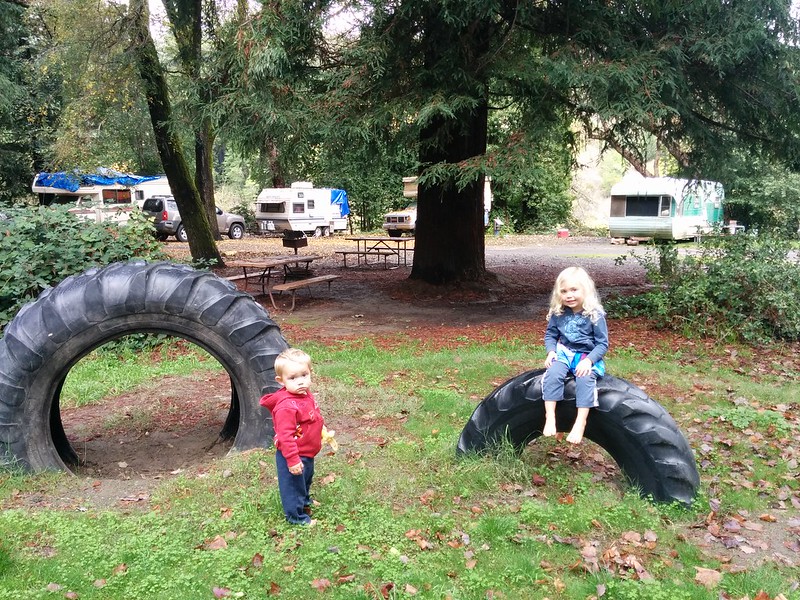 The plan was to drive down Rt 1, hugging the coast.  We got onto it for a couple of miles.  Scott was silent as he was making his way…. until, “No.  I”m not doing this.  This is insane.  We’re turning around.” Ok.  Noted.  He clearly had pent up some concern.  Tight turns and sheer cliffs aren’t as fun in the Chief.  We returned to San Fran on the 101.

Instead of battling epic rush hour in the RV, we decided to find a place to overnight just north of the city.  I picked a cute little farm (on Rt 1) and the GPS took us through Santa Rosa (at rush hour).  It was well past dark before we arrived and we accidentally took the long way to get over there.  Oh well.  Even though we couldn’t see them until the morning, we spent the night listening to the waves crash on the beach below our site.  When we woke up, I kicked Scott and kids out of the Chief so I could make breakfast in peace and they built a makeshift kite out of a plastic bag and some twine.  To the delight of Evie and Jack, it flew remarkably well when being pulled behind a running person (didn’t matter if it was a big person or a little person). 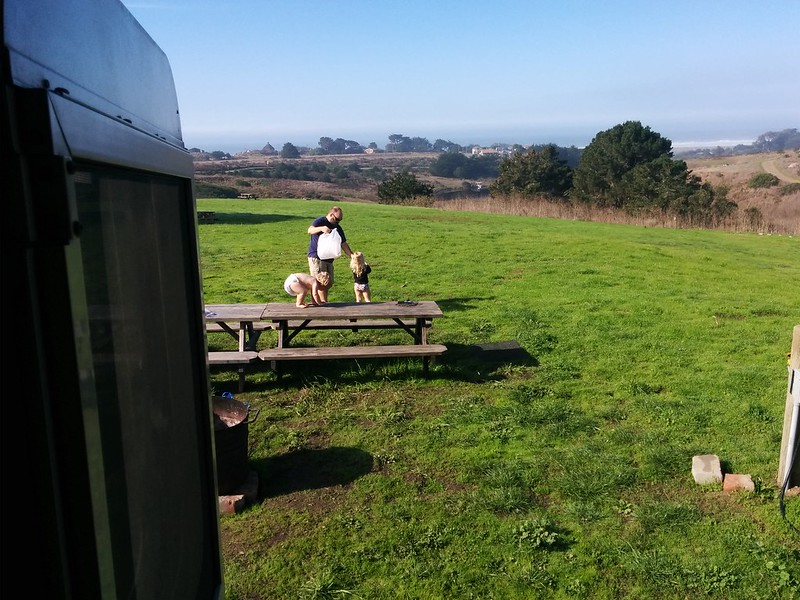 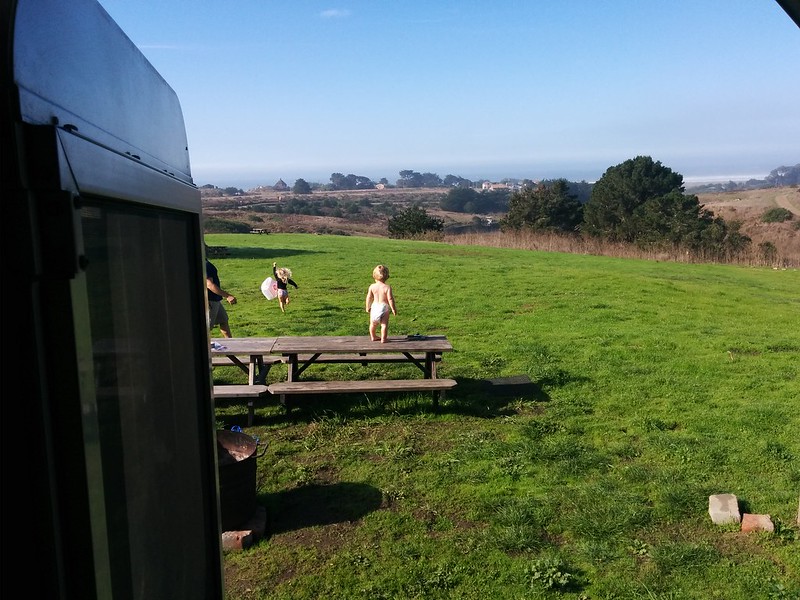 We finally arrived back at Uncle Brock and Auntie Ang’s house for the big weekend.  We kicked things off with Jack’s first visit to a barber shop…. owned and operated by Uncle Brock!  Scott got a full straight razor shave.  He looks… so like himself.  I’m loving it.  Both of our men look sharp!  Despite the pictures, Jack did really well.  He only cried when he heard the clippers near his ear. 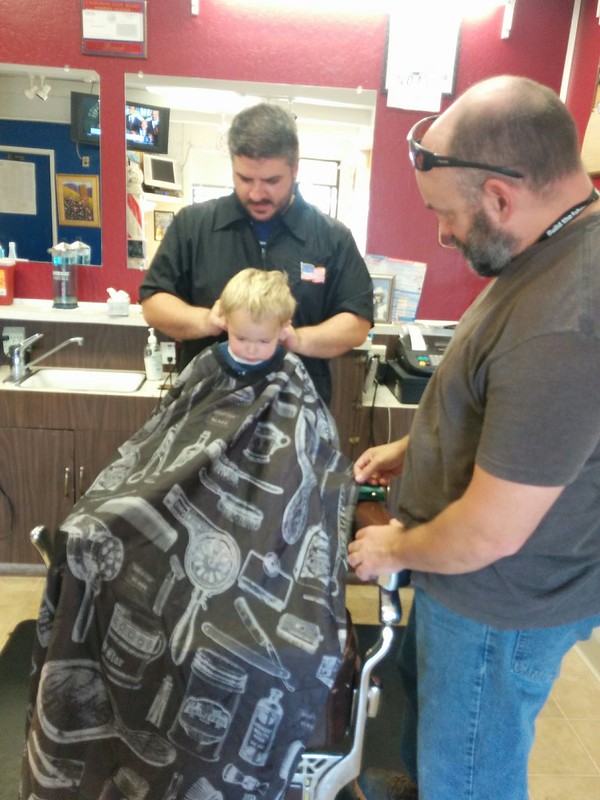 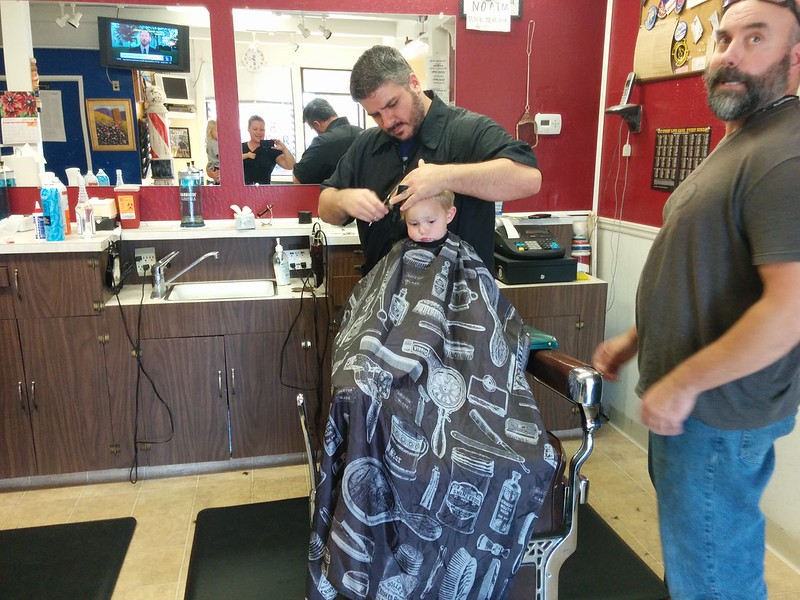 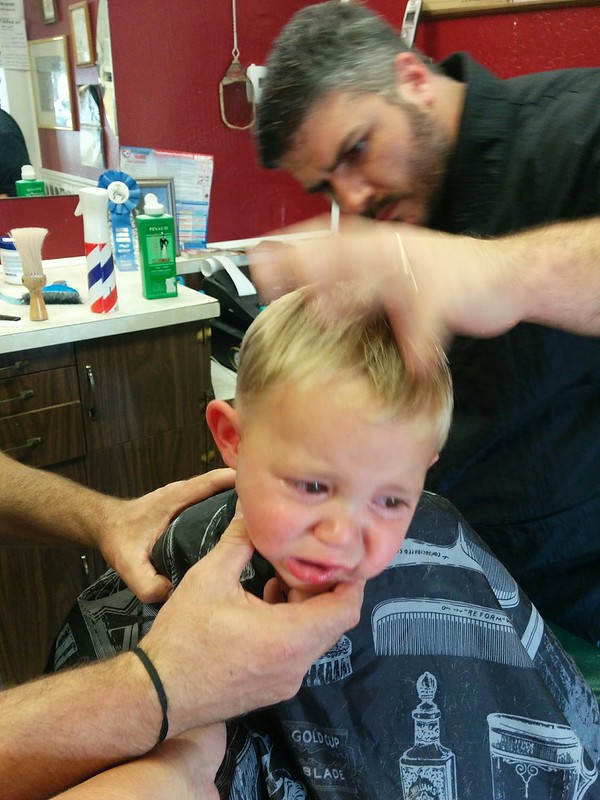 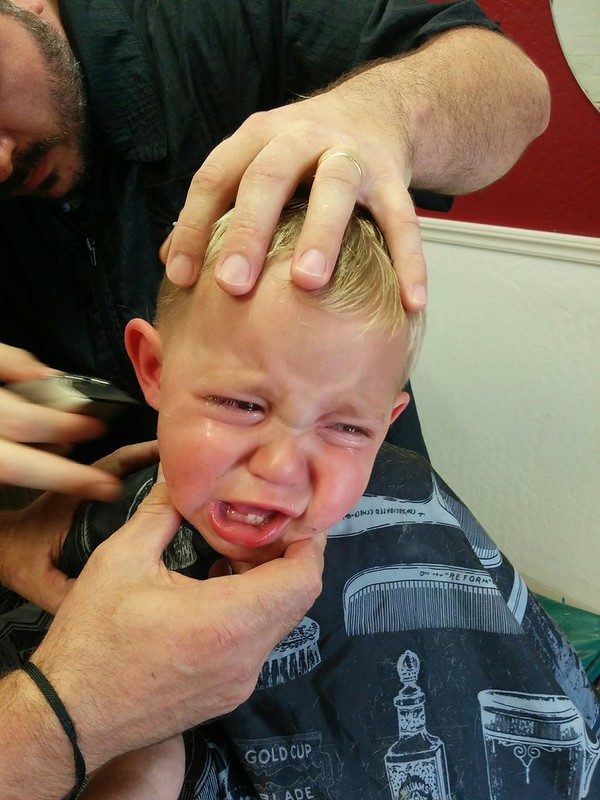 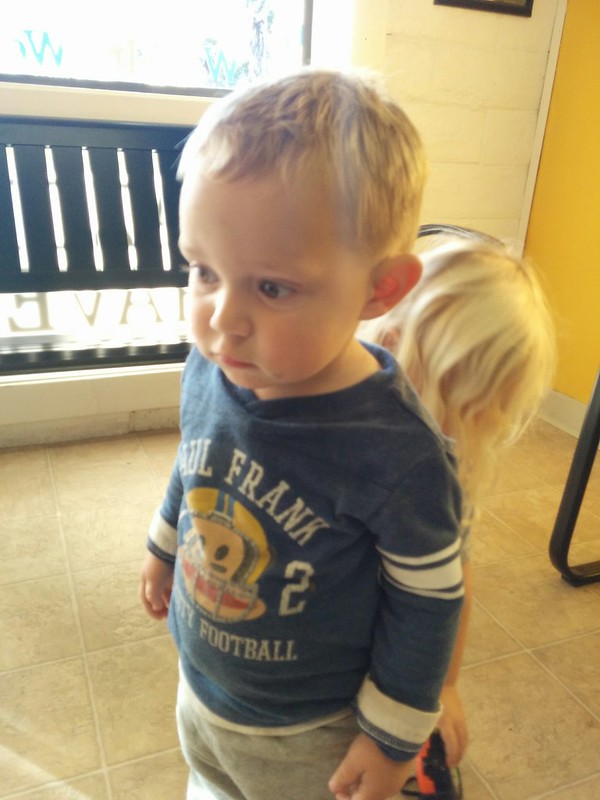 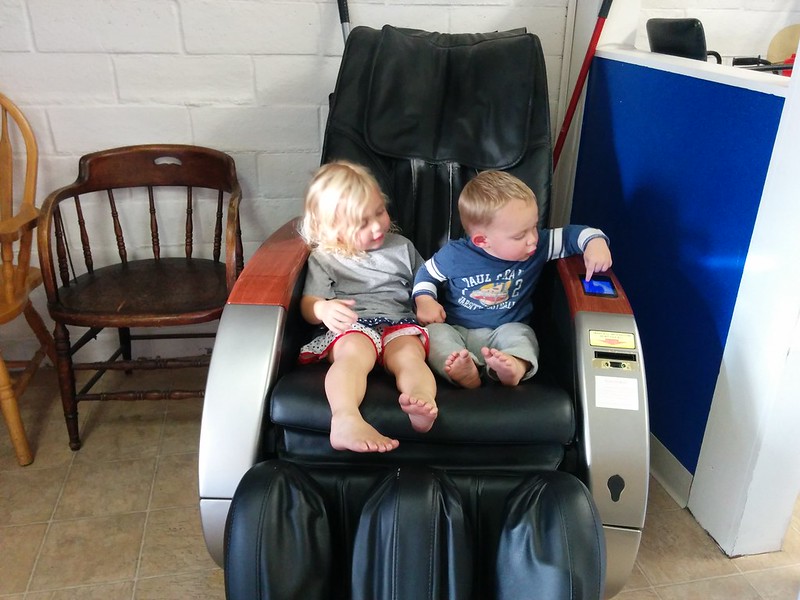 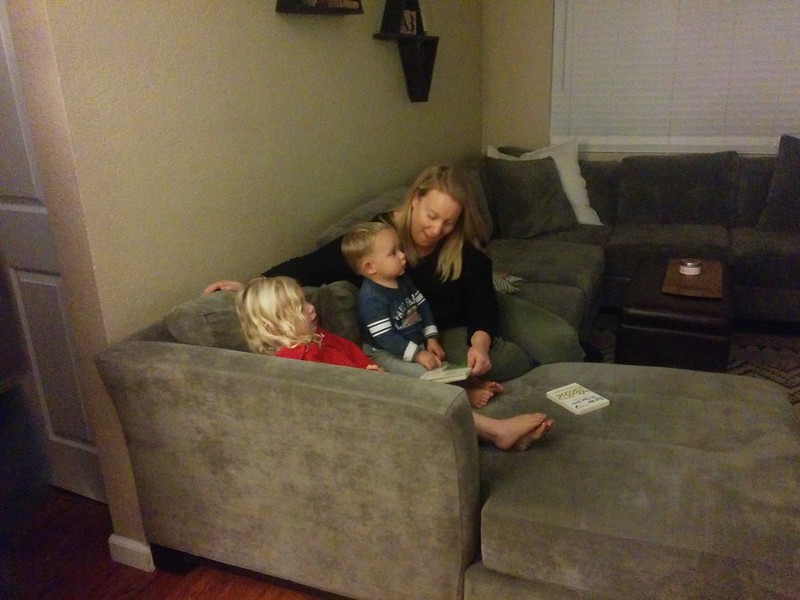 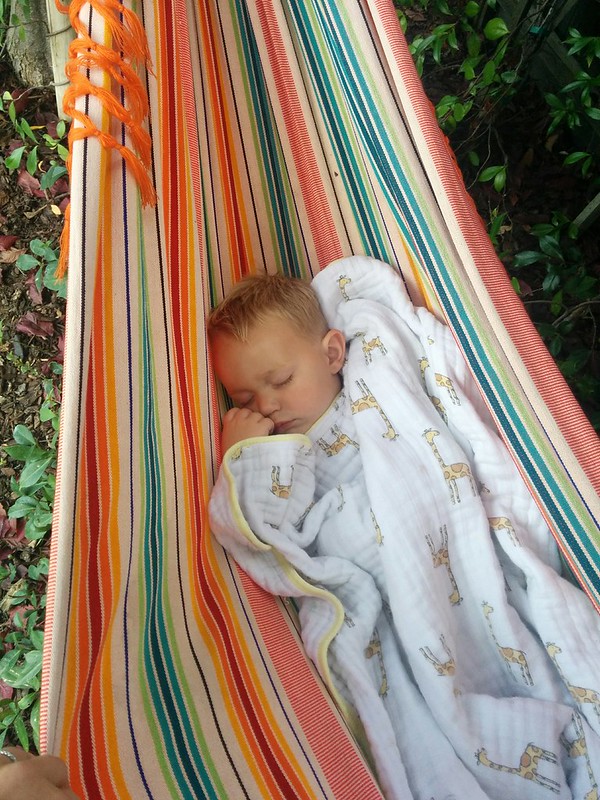 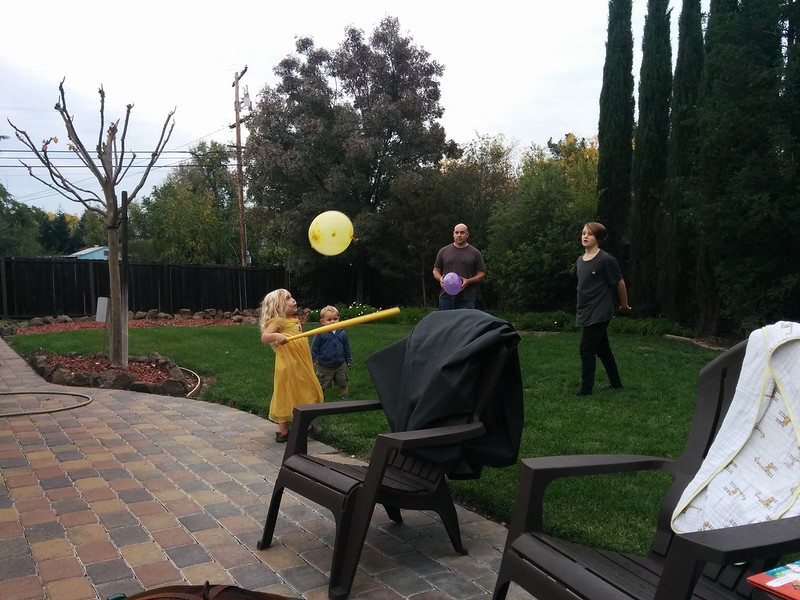 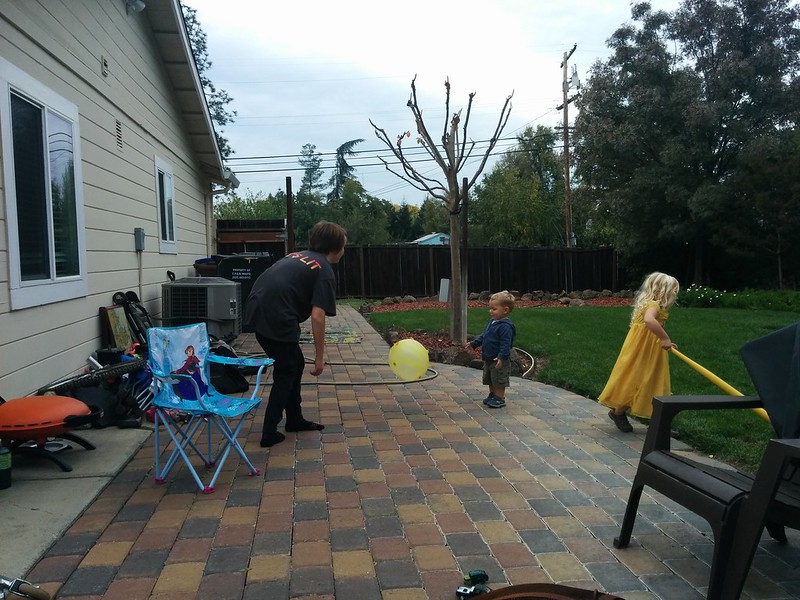 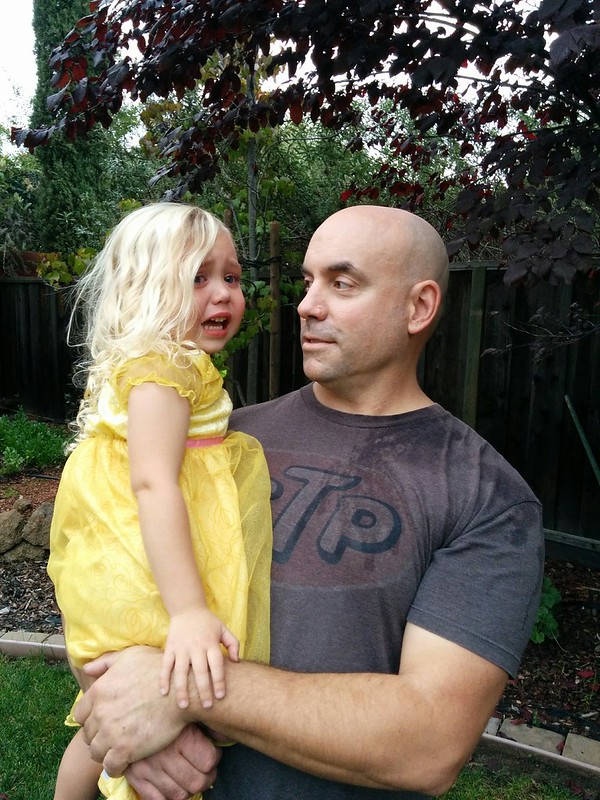