RepairsRV InfoThe Story of Us

Dropping Mom off at the airport was every bit the disaster I expected.  It was double trouble… full waterworks from both of them.  She’s a pretty big deal to the kids and the same level of excitement when she arrives comes back to bite us when she leaves.  I take it as a great sign.  Better to teach them love with all their hearts… even if that means those hearts have to break a little bit every now and then. 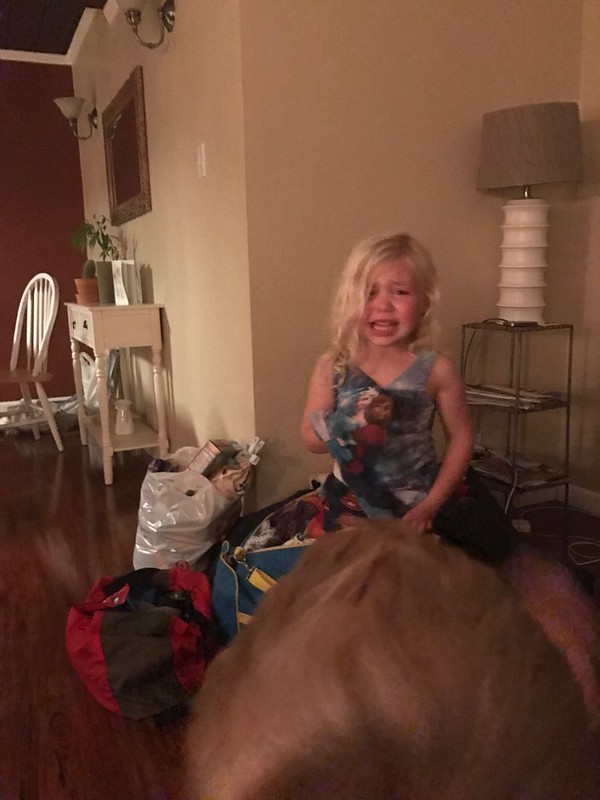 It should be obvious that I’m behind in my posts.  These last couple of months have been busy and I haven’t been writing as much as I should.  That ends today.  I’m catching up.

We’re hanging out in the Bay Area.  Scott is interviewing all over the place… looking for our “next”.

I have some specific requirements for his new job.  No boring, all-office-all-the-time, life-sucking jobs for him.  Neither of us have had jobs like that. (Ok, Scott did once.  He lasted 3 months.) We’re not making radical changes to our life so that he can feel trapped and gross and maddeningly boring.  We’ll either get what he wants or we’ll wait until we do.  That’s a non-negotiable.

Strongly desired: short commute times.  Go ahead… laugh.  We’re talking about Silicon Valley.  Everyone commutes (for some people it’s 2 hours each way).  Negative Ghost Rider.  That pattern is @#$%@#$^ full.  I’ll turn a warehouse into a home or we’ll get a long-term lease in a hostel or maybe we’ll buy a boat and live in a marina.  I’m willing to be creative and we don’t need much:  a place to cook and eat and sleep and easy access to safe outdoor space.  I can make anything clean and useable.   Where there’s a will, there’s a way.

Probably don’t bank on a guest room though.

We’ve been frequenting local libraries and parks.  We even found a free make-your-own-instrument class, followed by a sing-a-long.  This area has some incredible public spaces.  We’ve made some new friends and happily been adopted by some new family (Coburns…. I’m looking at all of you!). 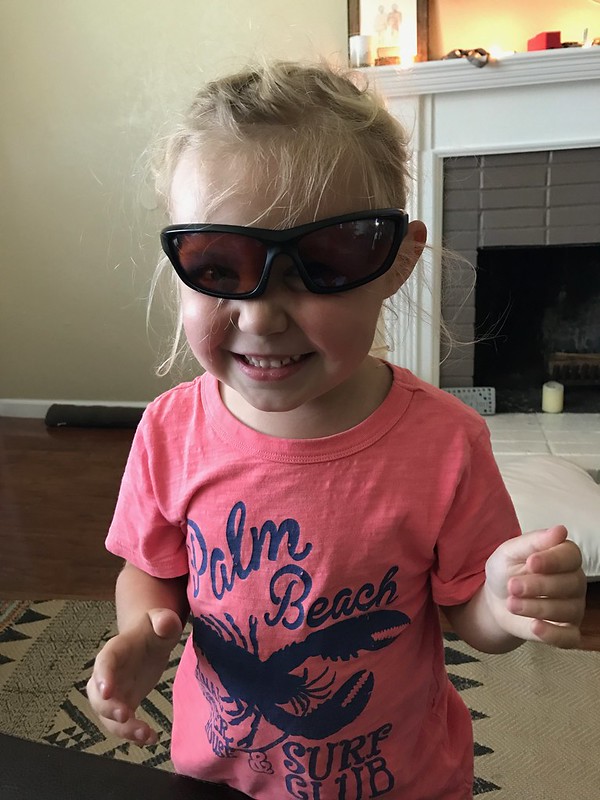 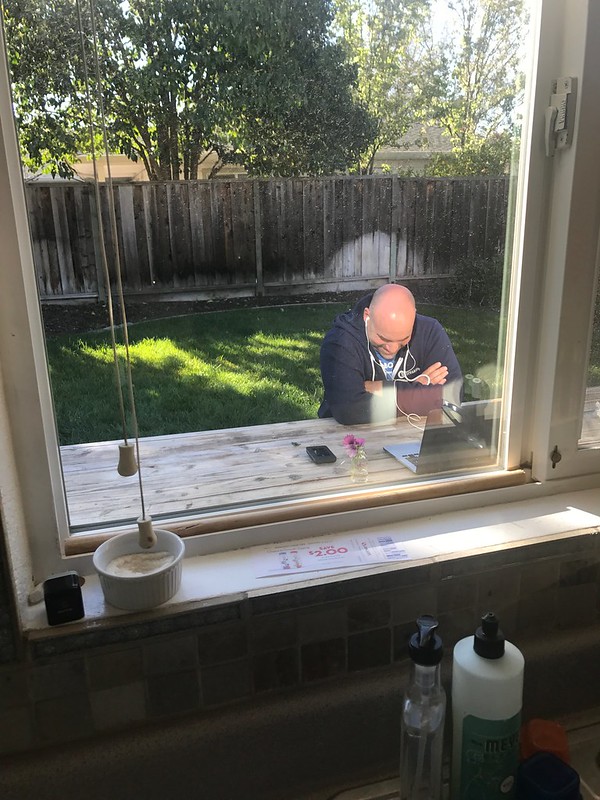 Playing with their new ‘cousin’ Brooklyn (Ang and Brock’s niece on Brock’s side). 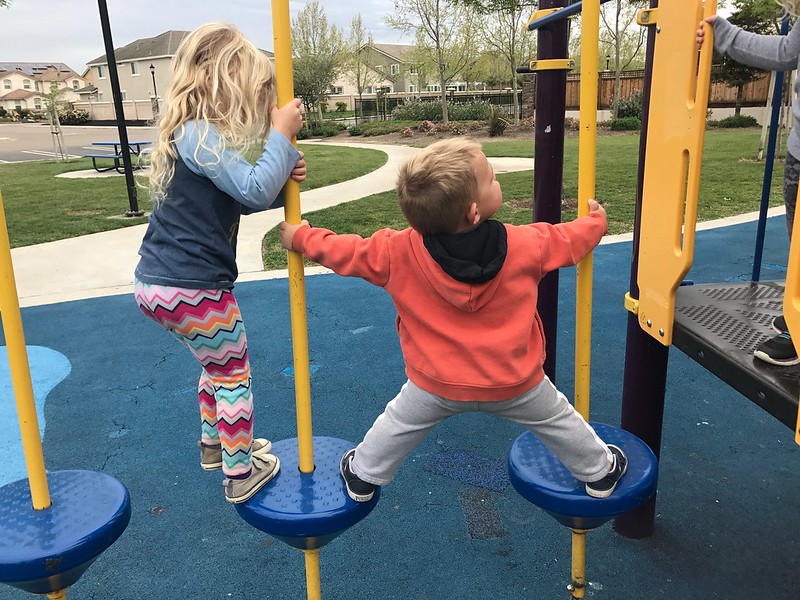 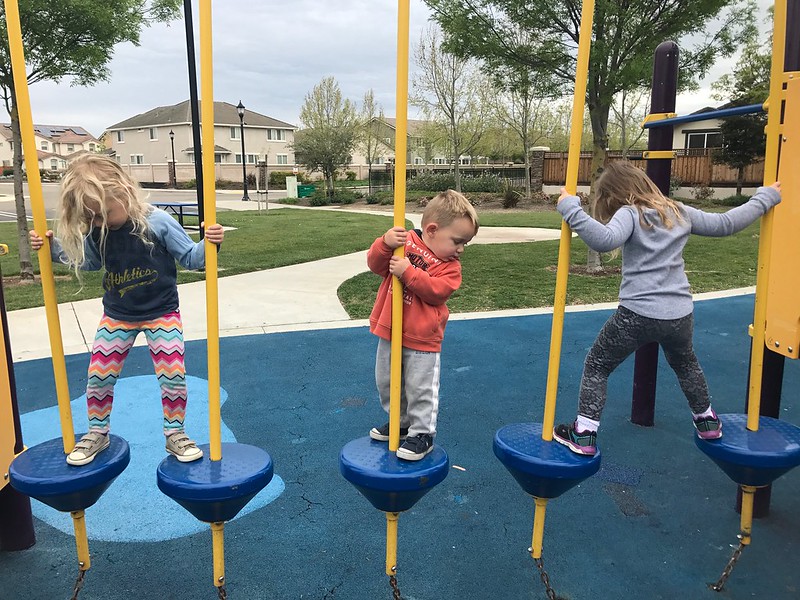 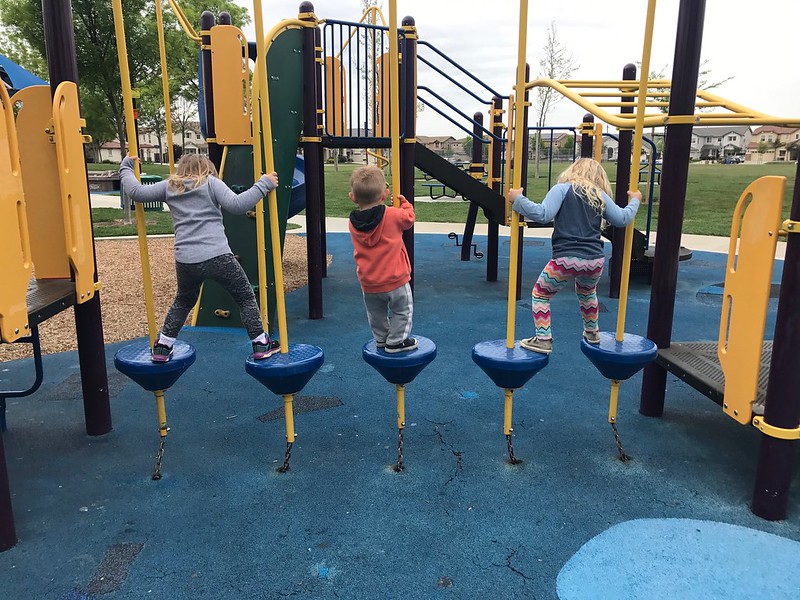 Evie’s been playing with Starfall and the Khan Academy (math).  We’re working on numbers and letters and patterns (but not in a “you will learn this” way).  It’s just fun.  I’m reading “Magical Child, Magical Parent” right now (sounds fruit-loopy but it’s actually interesting information about joyful learning… and, of course, we are known as the Magic Family courtesy of my girlfriends). 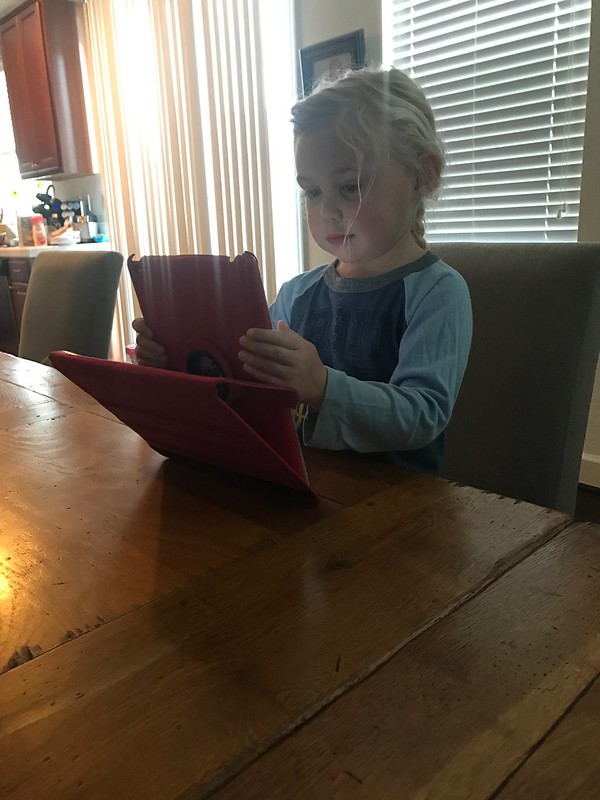 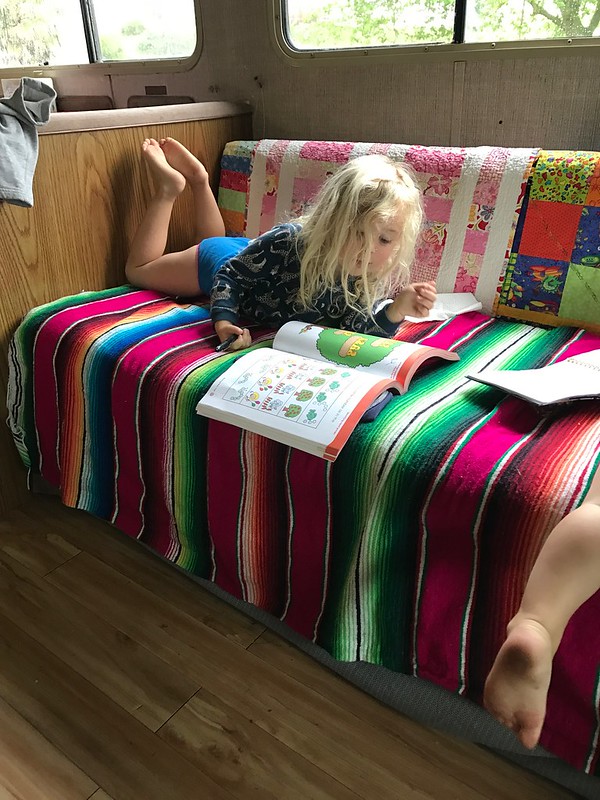 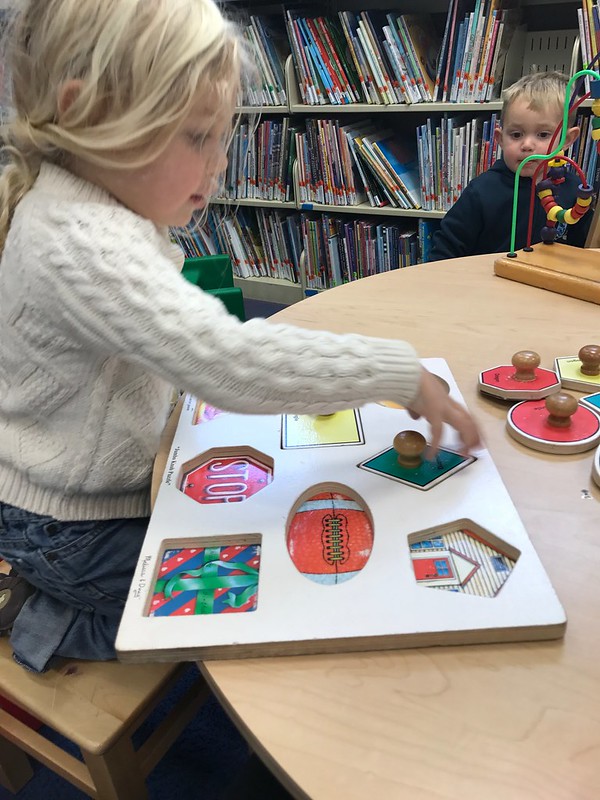 Yes, she is learning how to properly use a knife.  We desperately need a scullery maid.  (kidding, just kidding… but not really) 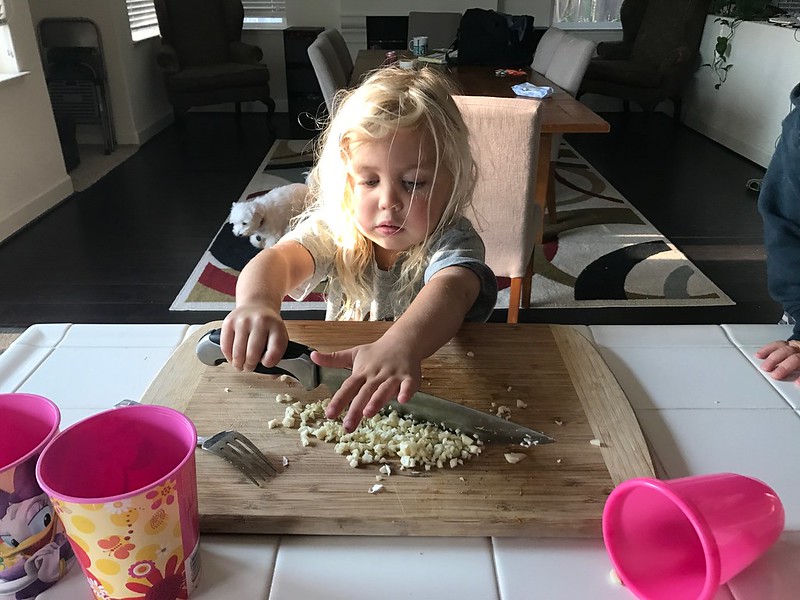 First Hornet Sting… she took it to the neck.  The entire campground heard the commotion.  She sounded something like a banshee. 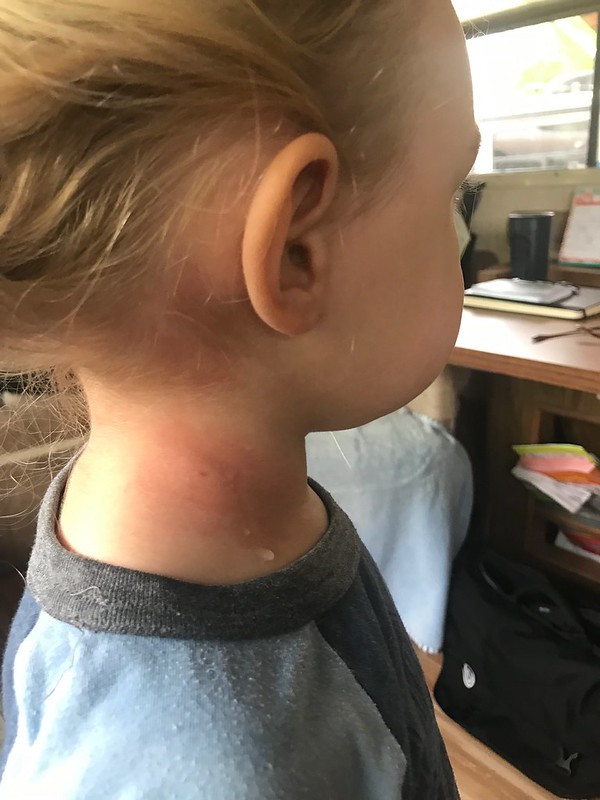 Easter.  We’re still missing 2 eggs. Great.  Old jellybeans is exactly what I need floating around the RV.  Thats like a giant neon sign for ants to invade. 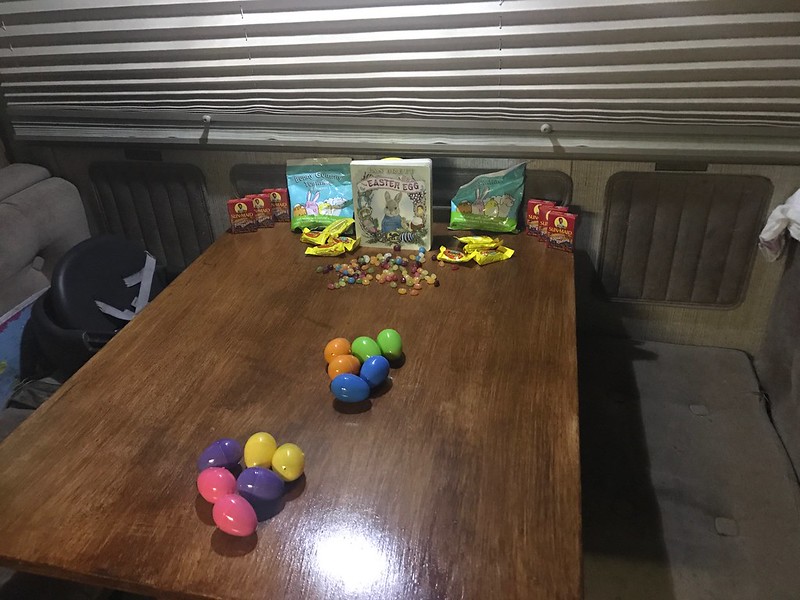 Where there’s water, they will find it.  The park in Brentwood, CA is kind of awesome. 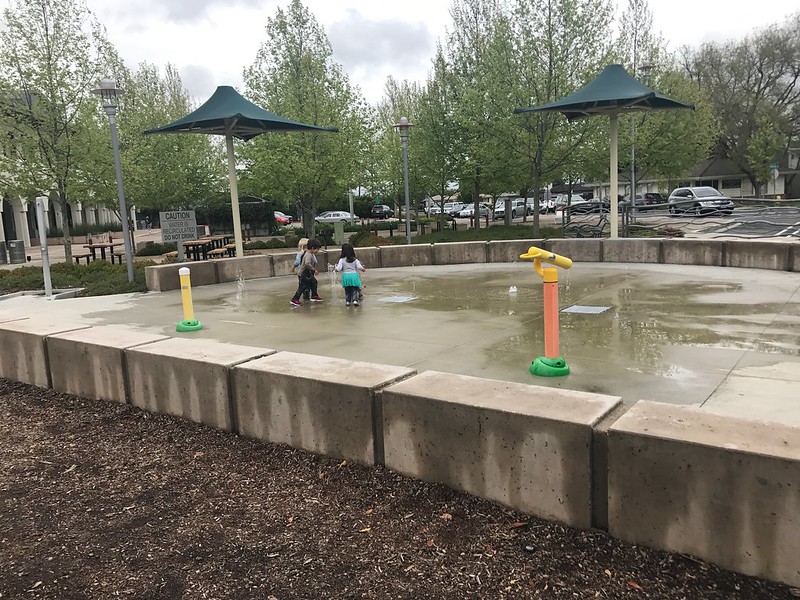 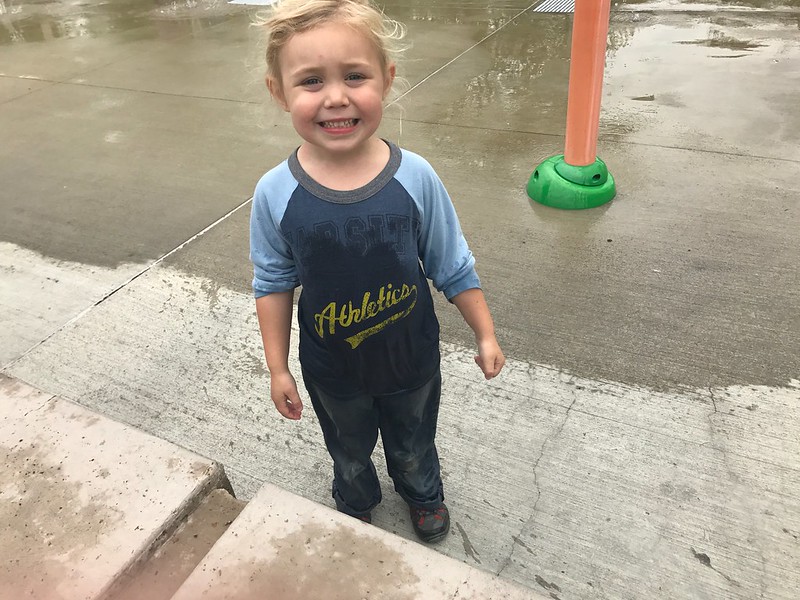 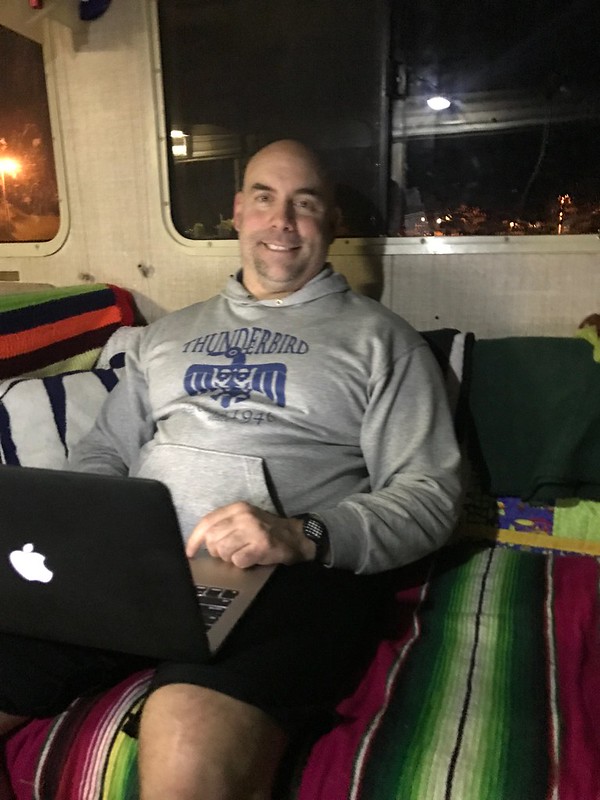 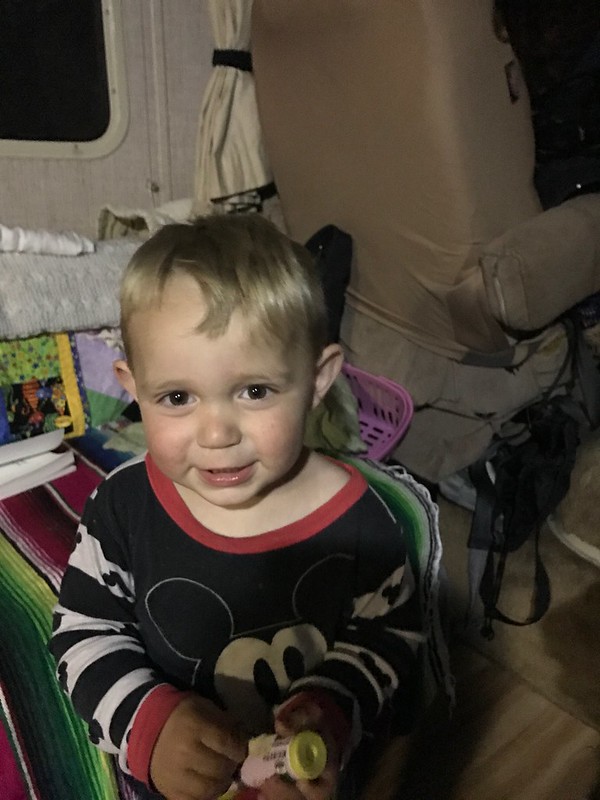 After 3+ years of looking at RVs, discussing what we thought were "requirements" and "nice to haves", hemming and hawing over space and size and gas vs. diesel, we finally pulled the trigger.  We bought a cherry Winnebago Chieftain 33....