DISCLAIMER: I may make a commission from some of the links on this page.

Despite multiple trips to garages across the country, the rear air suspension still has a leak.  We wake up to a lopsided RV every morning.  We’ve tried to look for the leak ourselves with some soapy water but we just can’t reach some spots.  We need a lift.

I (me, Traci, the wife/mom) took care of finding a shop, dropping it off and dealing with the mechanic outside of San Fran.  That’s no small step for this lady.  I much prefer to have Scott {or my brother } do the talking.  Mechanics and all their fancy car words (ex. Pitman Arm)… that’s not my comfort zone.  Look at me – growing in all sorts of unexpected ways.

While they were under it, I asked for an assessment of the front end as well.  There’s that clunking (which is not the universal joint because I personally got under the RV and tried to wiggle the drive shaft).

The estimate came back.  Essentially everything on the front end needed to be replaced.  What does “everything” mean?  I don’t know exactly. I have a list.  But it was so bad there’s supposed to be airbags inside the suspension springs.  Those didn’t exist.  Some other parts were severely degraded (not a shocker… it’s only been on the road for 122,000 miles).   All told, it was about $1700 in parts, $1200 in labor plus a front end alignment.  {Yes, Scott reviewed the list before we agreed to it all – I’m not that dumb.}

We got it back.  Still had a suspension air leak.

The morning of our appointment to take it back in, it wouldn’t start.  No turnover.  Battery was fully charged.  A full 12 hours of troubleshooting later and we (as in Scott, myself and the kids {tool runners}) had replaced the starter and solenoid, ignition switch and the major cable from the battery to the starter.  On a whim, I asked Scott to try one more thing based on my internet research.

It started right up in neutral.  It was dead in park.  Figure that one out?! 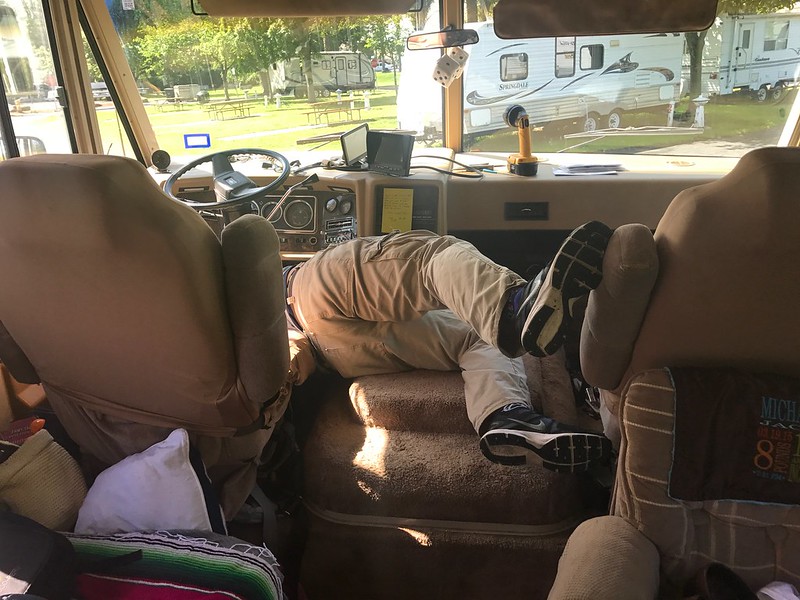 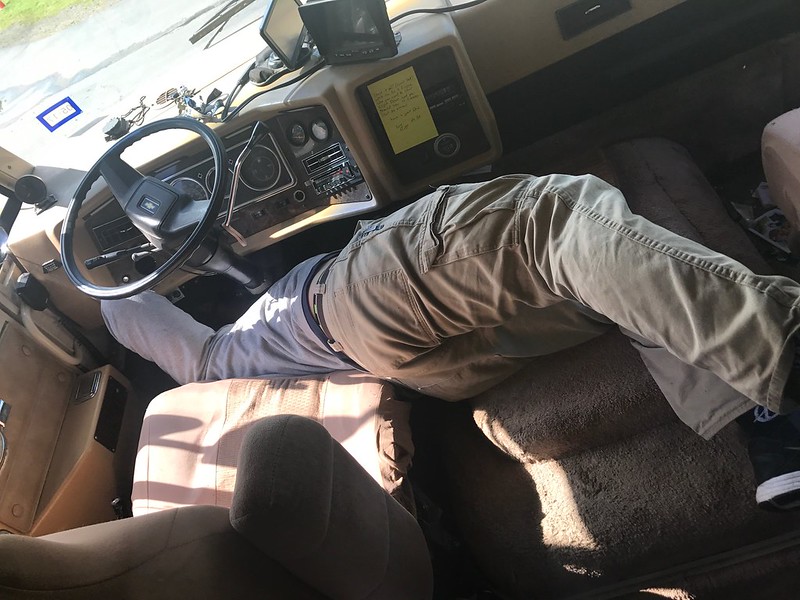 Back at the shop, another $1200 in labor.  They replaced the passenger side rear suspension airbag with the spare we’ve been carrying.  Great.  But there’s still a leak and now… of course… the other side needs to be replaced.  We ended up lopsided the next morning – now it’s just the other side.

The frame isn’t supposed to sit on the tire.  It’s just not. 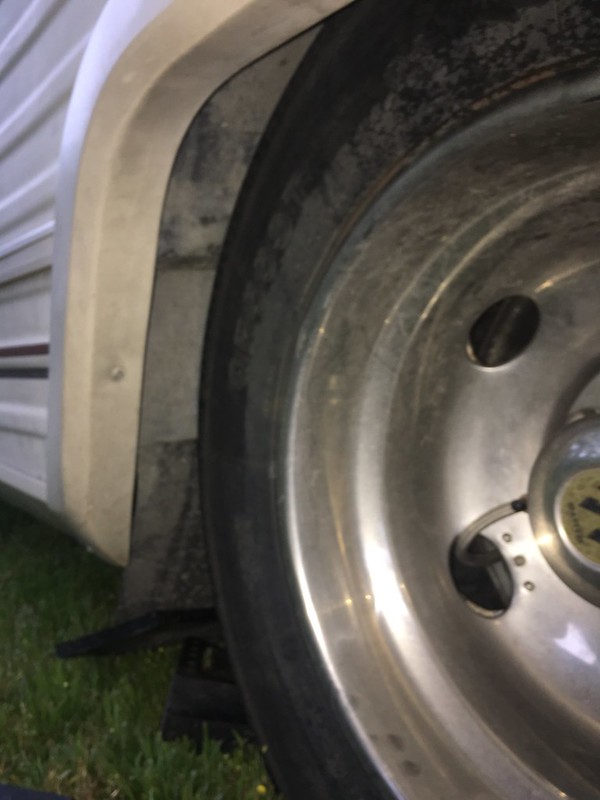 The green in the next picture isn’t the sheath of a wire.  That was burned away awhile ago because it runs along the exhaust.  The green is the exposed copper.  It’s clearly been that way for quite awhile.  We replaced the cable. 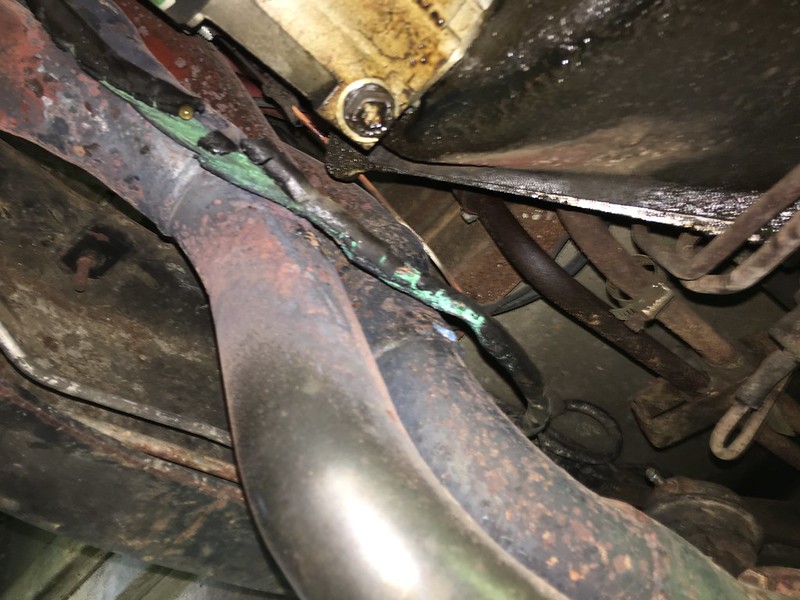 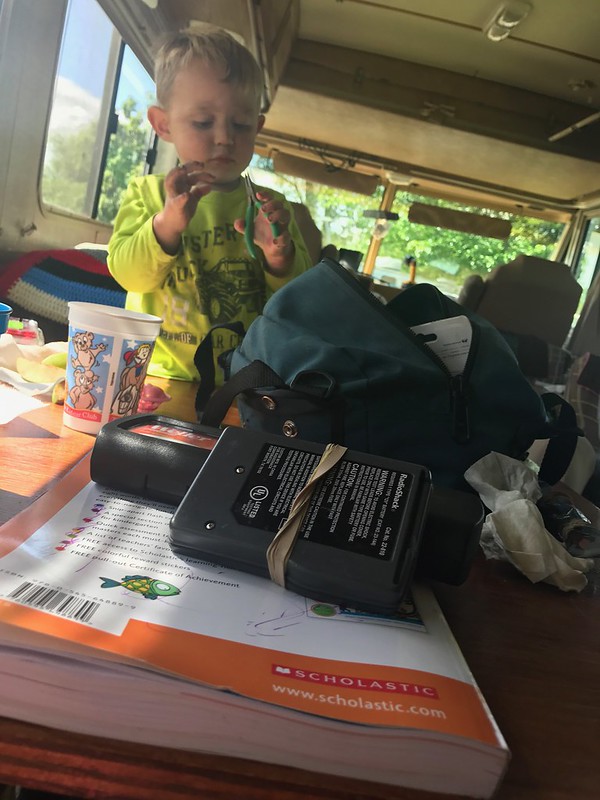 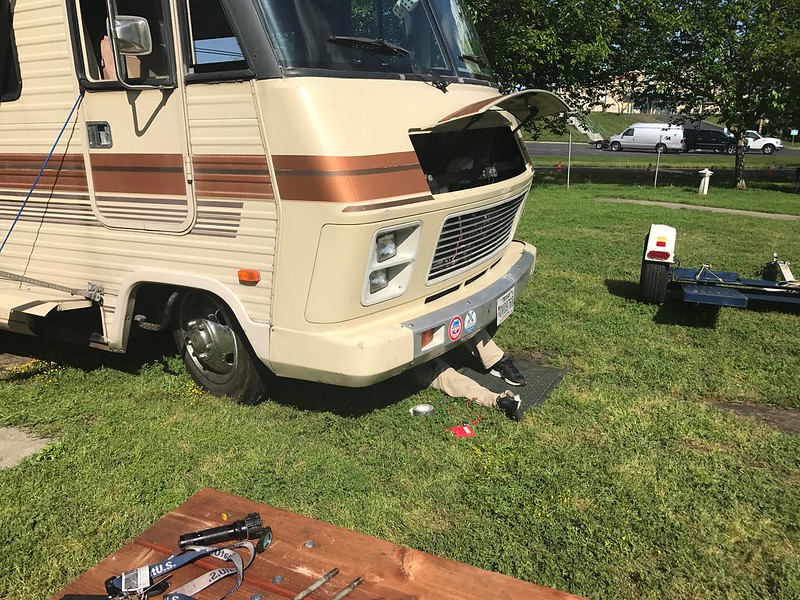 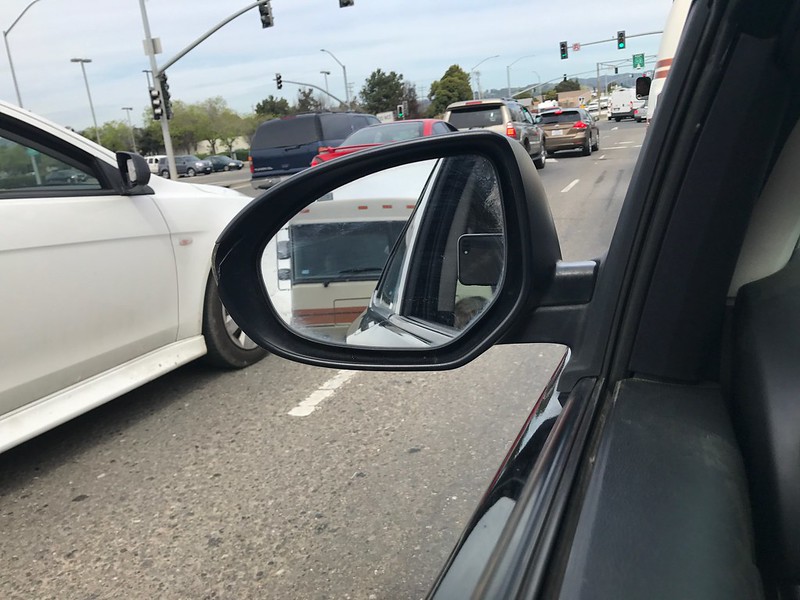 By the way, I’m not faulting the shop.  We’re using C&E Auto and Truck Repair in San Leandro, CA.  They’ve been great to work with and have even given us 3 or more free hours of labor.  We’re simply dealing with an old system.  That was the compromise we made when we decided to go an ’85.  Since we have no place to be, the only motivation to get it out of the shop is the cost of not staying in the RV.  That gets expensive fast.  But you know what?!  Not gonna let it worry me.  As my brother says, you can’t take the money with you…. might as well enjoy the hotels while we’re in them.  Besides… if I get my way… somewhere down the road we’re going to do an around-the-world.  The kids need to get used to carrying everything they need in a single backpack.  #PracticeMakesPerfect 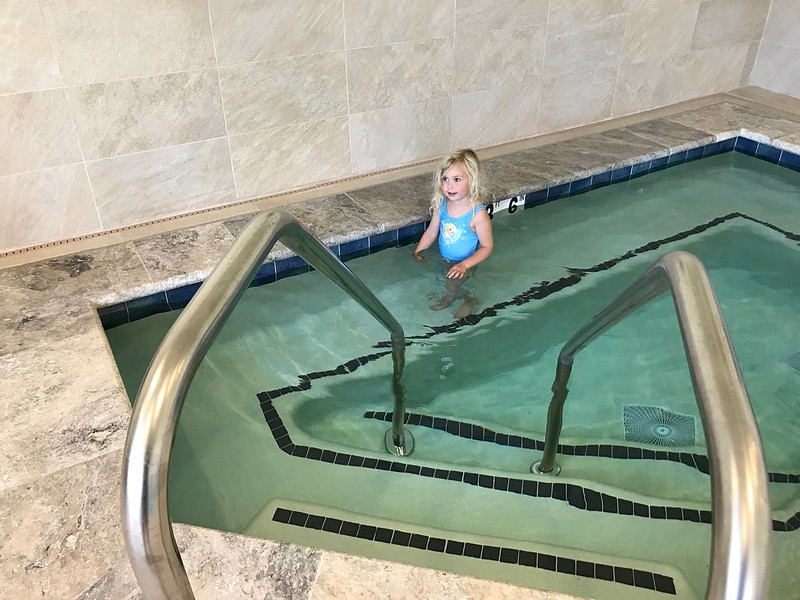 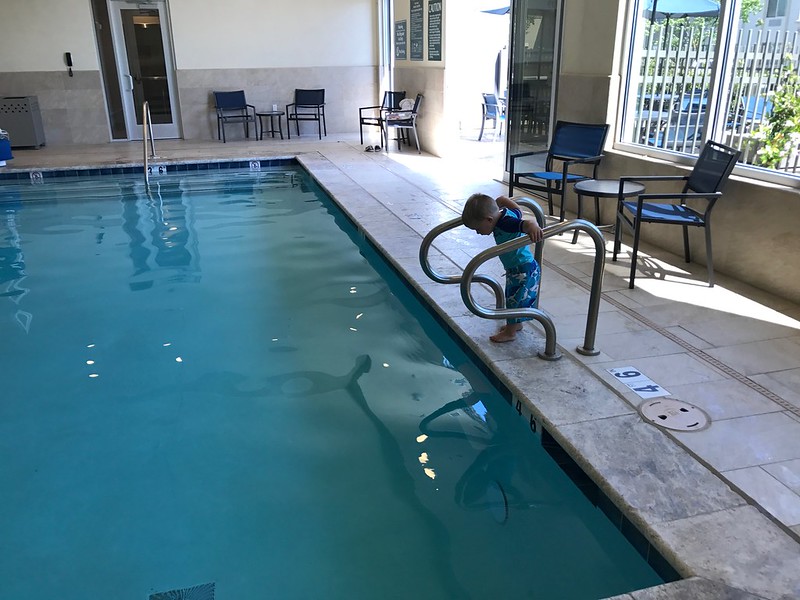 He’s such a good sport.  He hates to travel only slightly less than he hates to be away from us.  He’s a great companion.  I just gave him a Traci cut… He looks homeless and depressed.  But in this photo he has all his fur. 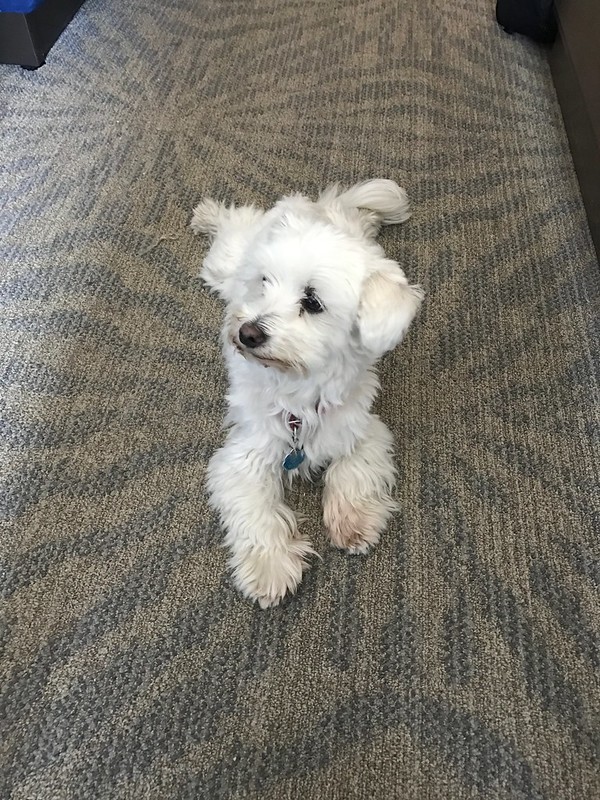 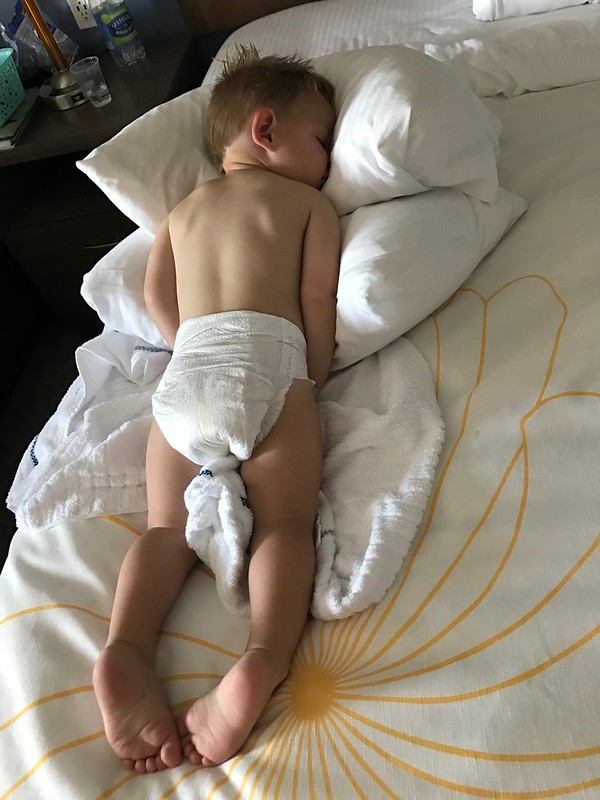 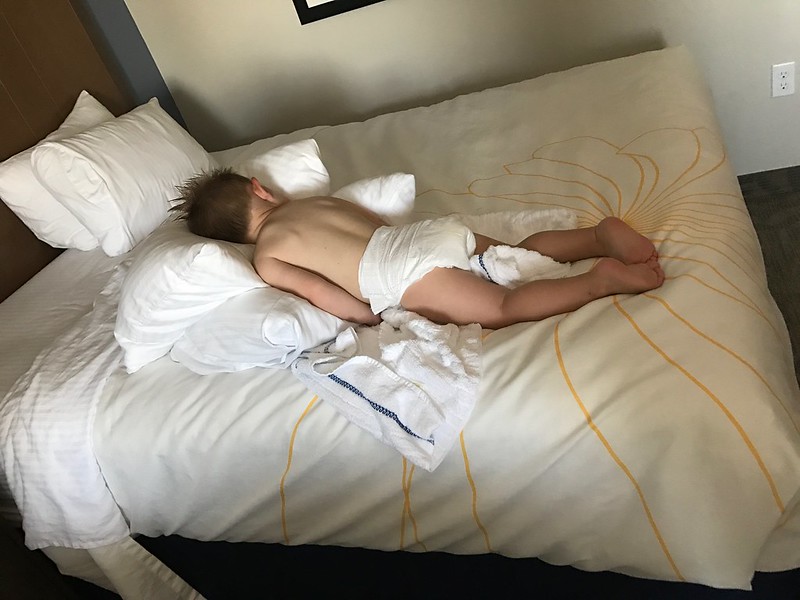 Dancing in the carport of a casino: 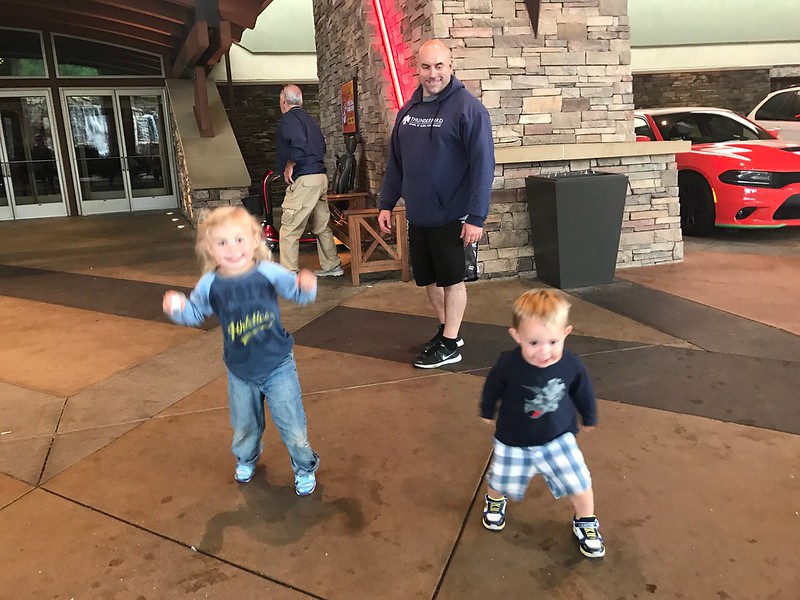 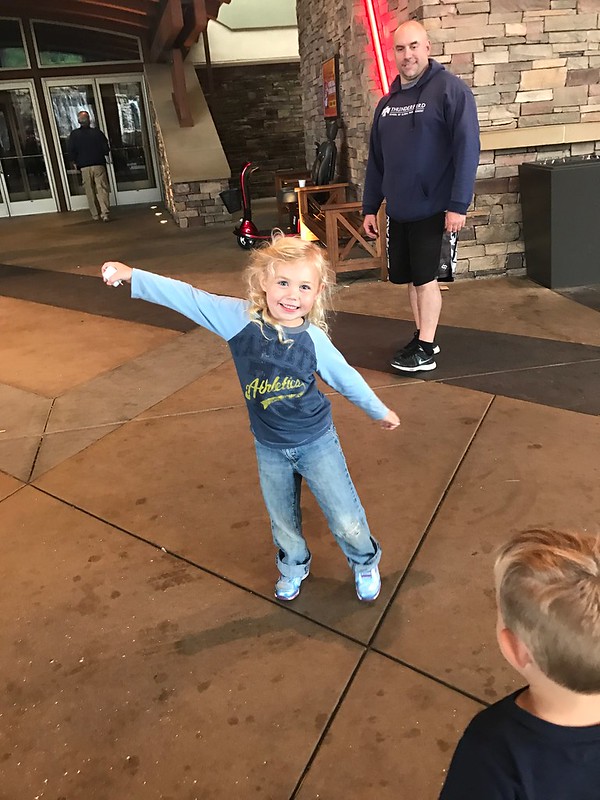 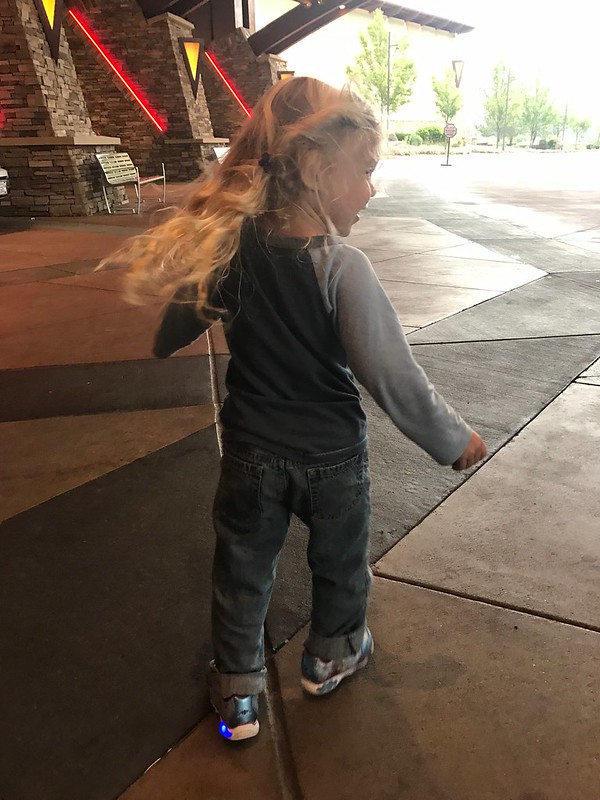 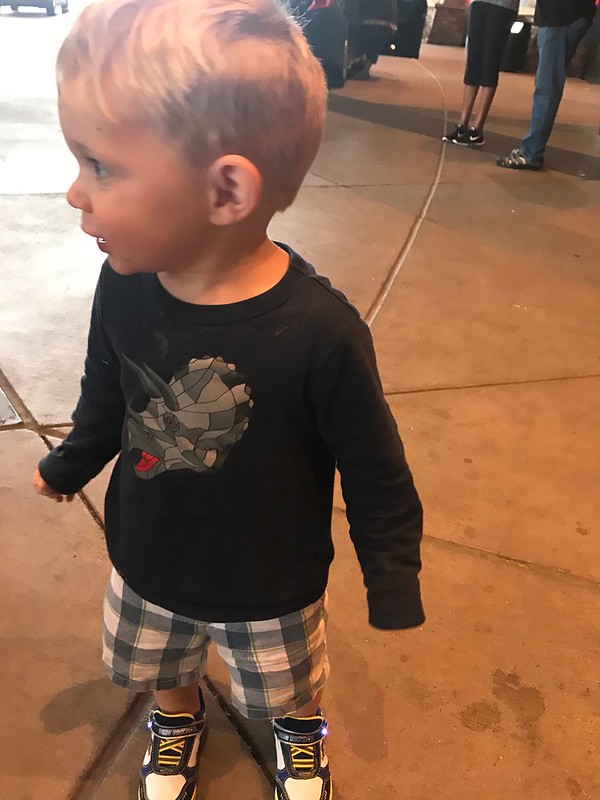 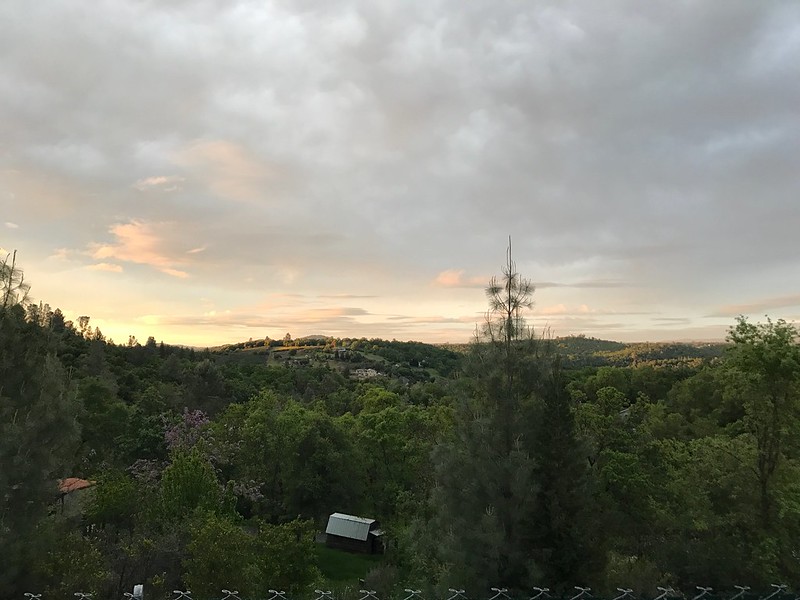 Traci’s Picks (One more time – Disclaimer: I may make a commission from some of these links) 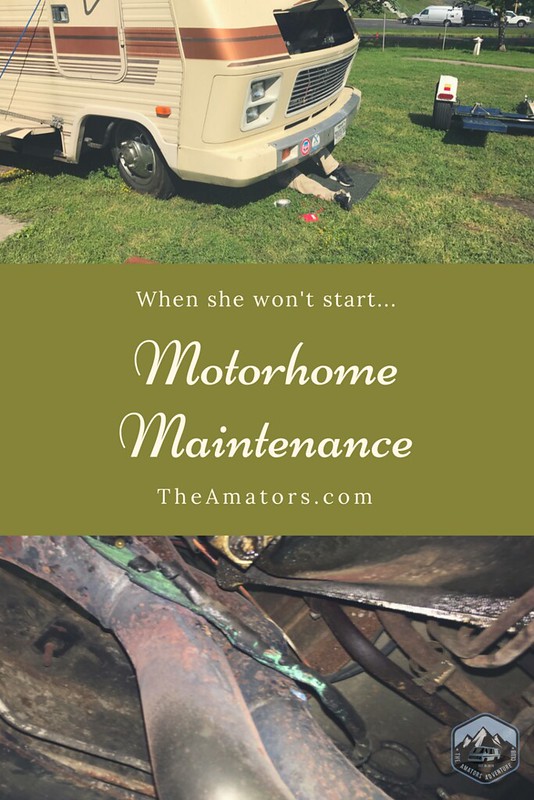 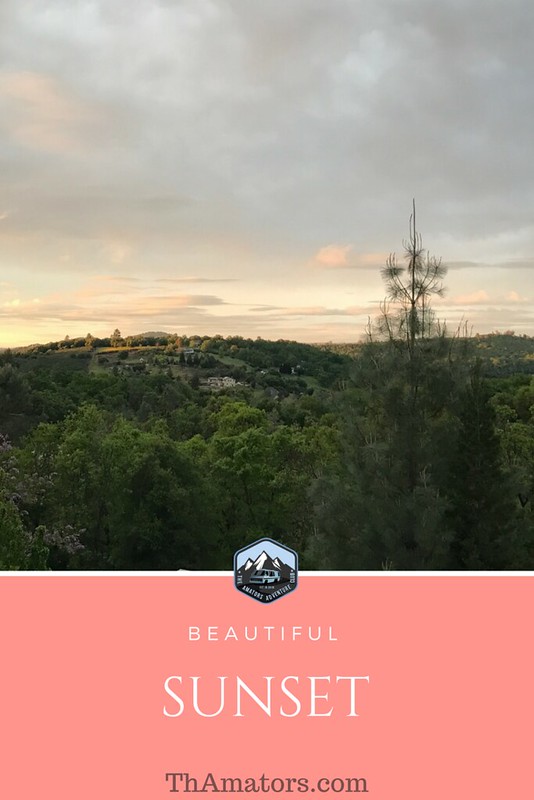 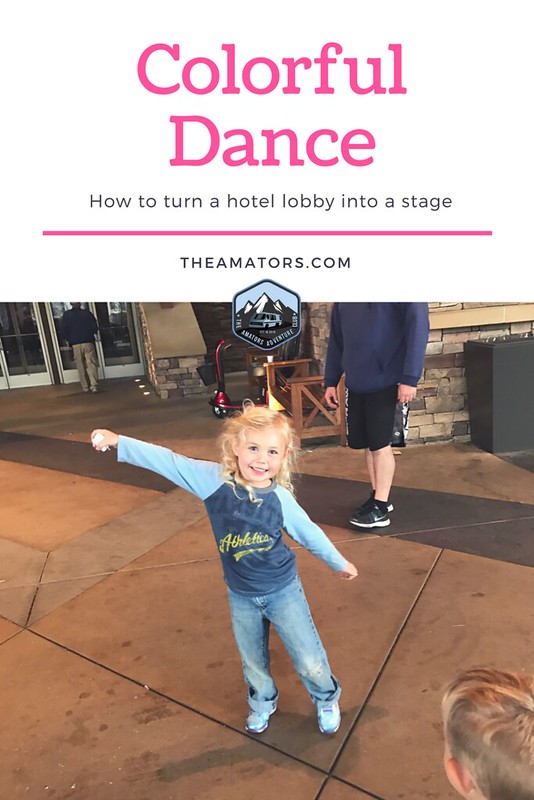 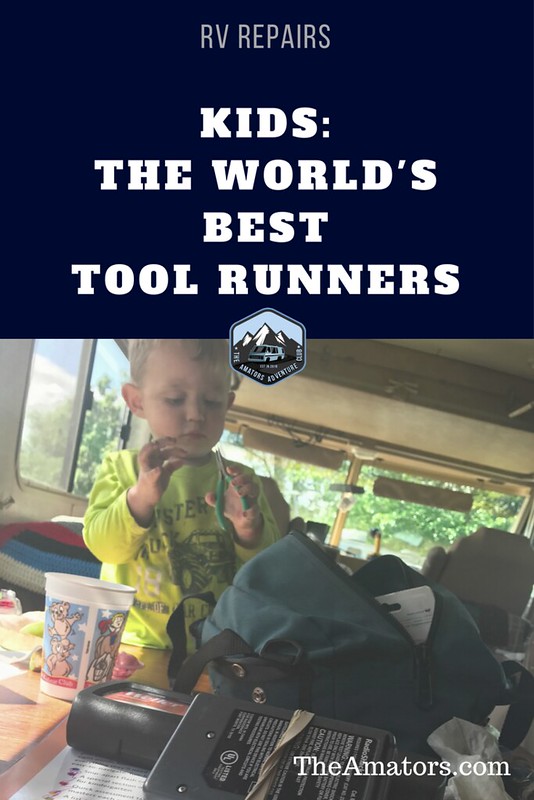 We are decidedly running low on daily disasters.  I'm not gonna lie, it's a little bit boring.  However, Scott and I are creating our own opportunities for regular problem solving, so it doesn't actually feel too much different than flat tires...