This is Scott in a desperate bid to make veggie eating fun: 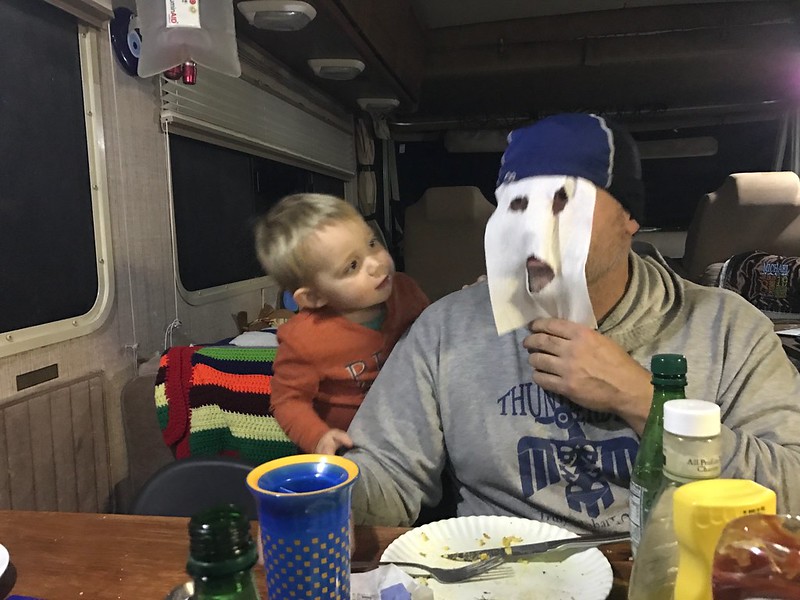 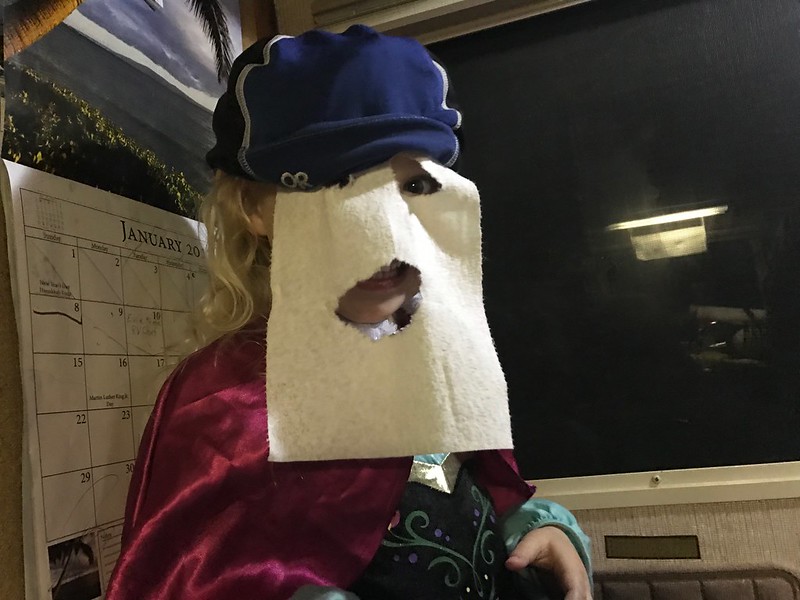 Even with this level of effort, we still aren’t where we want to be in terms of ratio of veggies to snacks. It’s the age old question – why don’t our kids like veggies?!!?

This post has one purpose – to keep me honest about our eating habits.  If I have to tell everyone, I’m more likely to do better.  It’s highly possible this is going to bore the crap out of you.  If it does, there won’t be a quiz on it.  Skip it.  Surely something funny will happen to us again soon… if it’s one thing we’ve had in abundance these past 8 months, it’s lots of fodder for good laughs.  Stay tuned but peace out for the time being.

Here’s the deal:  I’m winning breakfast.  I’m getting a C at lunch.  Snacks are out of control as far as I’m concerned.  Dinner is really good… if only I could get them to eat their veggies.

Breakfast: We’re eating oatmeal or scrambled eggs almost every day.  I also try to throw in fresh cut fruit (mango, pineapple or cantaloupe).  If it’s a particularly lazy day I may throw in a pancake or 2, but that doesn’t happen very often.  The kids drink milk.  Scott and I have a cup or 2 or coffee.  I drowned mine in creamer and a little stevia.

Lunch is a bit of a disaster.  It’s a crap shoot.  The kids don’t eat sandwiches.  I offer them fresh cut fruit again and/or yogurt (but it’s the fruity kind now… and we all know how much sugar is in those).  Evie often asks for oatmeal.  More often than not they ask for cheese.  Scott and I generally eat leftovers from the night before or turkey roll ups or chips and salsa.  There is plenty room for improvement.

Dinners have been solid.  We’ve been having mostly a meat, a veggie and a starch with some variations.  The kids also usually have some cheese.  If there’s bread, we all have some.  I believe in bread – I am not on board with the “don’t eat bread” crowd.  Are you trying to kill me?!  I don’t know if I have French in my background, but a good baguette is worth it.  I just limit it to small portions and not every day.

Scott and I have had wine twice since we got back to the RV in Jan.  We’re also drinking a cup of tea a night.  That seems to help settle the sweet tooth and it’s a nice pre-bed calm-down ritual.

We are glaciers when it comes to weight loss.  We are not seeing the dramatic weight loss we would like.  However, we are melting, slowly but surely.  It takes time and, not being a patient person by nature, that is infuriating. 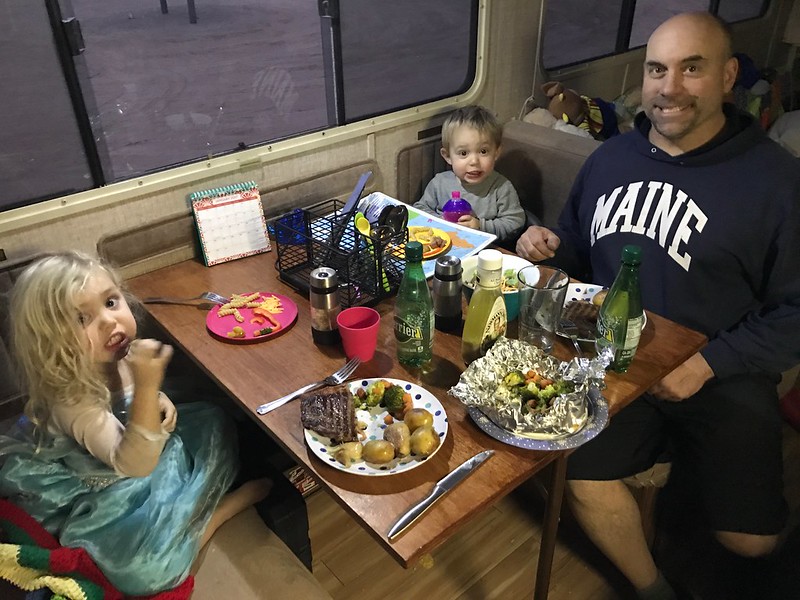 Ulupi… this is not what lentils are supposed to look like.  Help a sister out!! 🙂 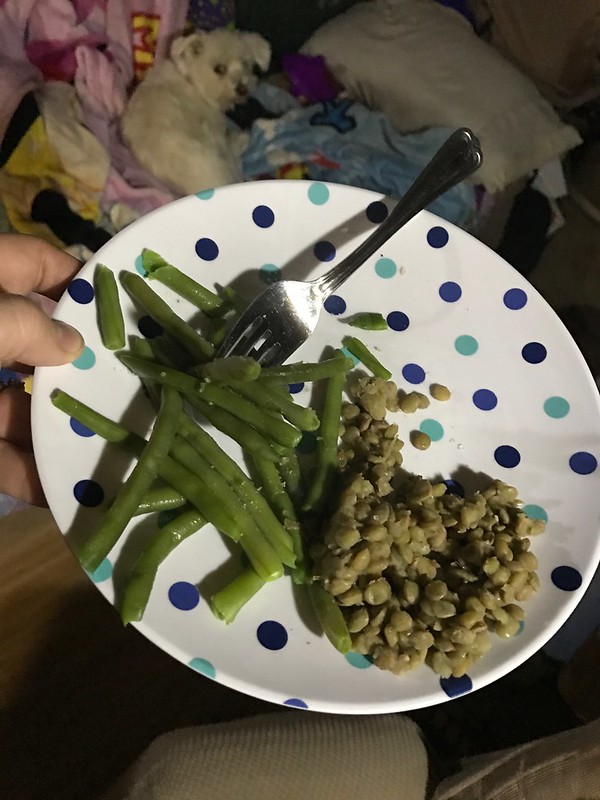 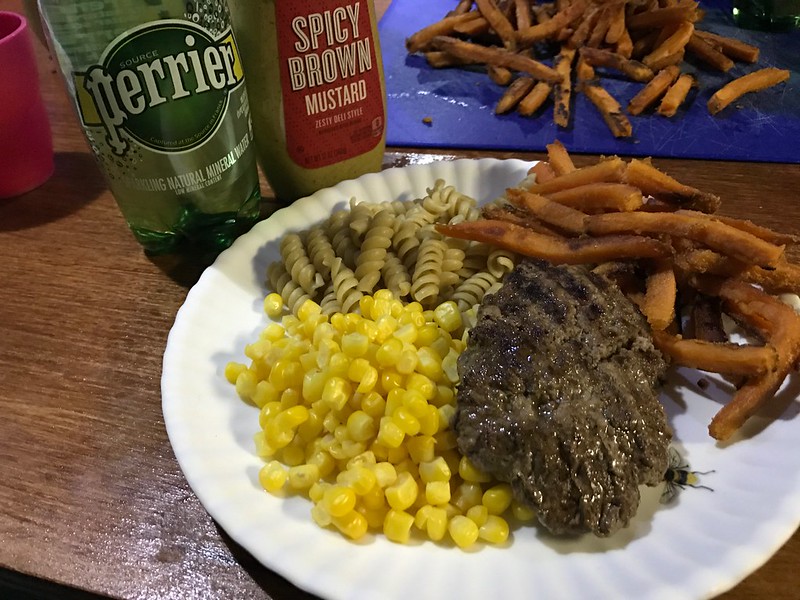 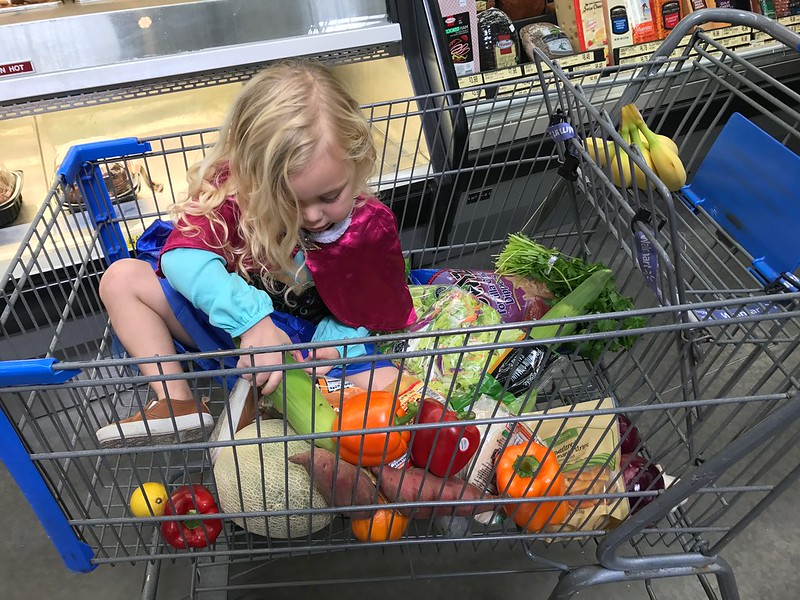 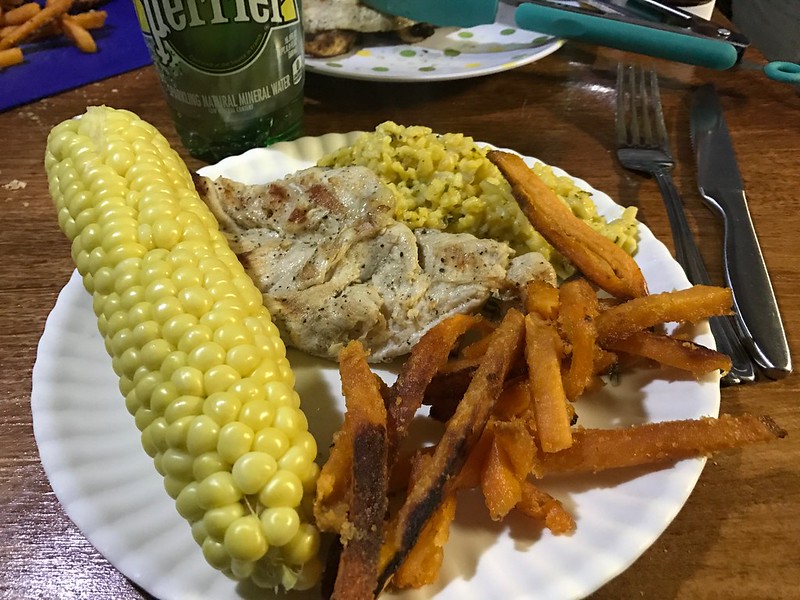 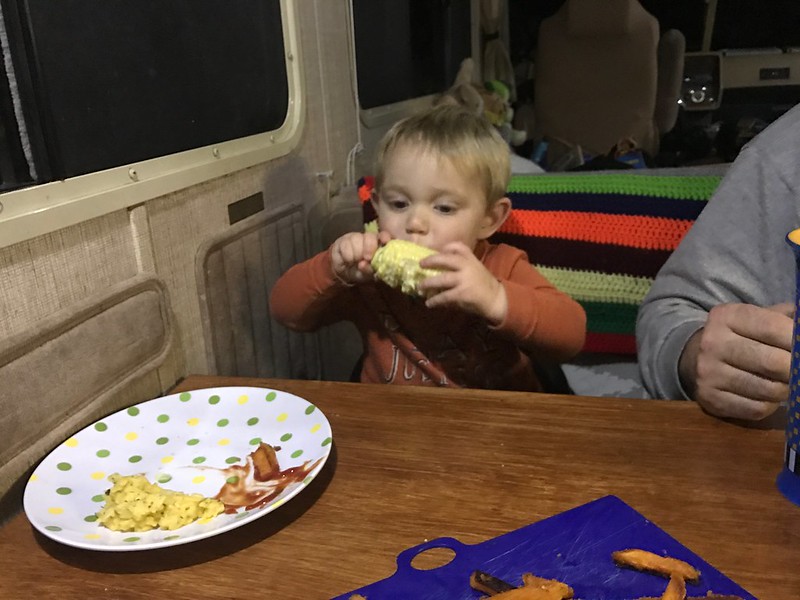 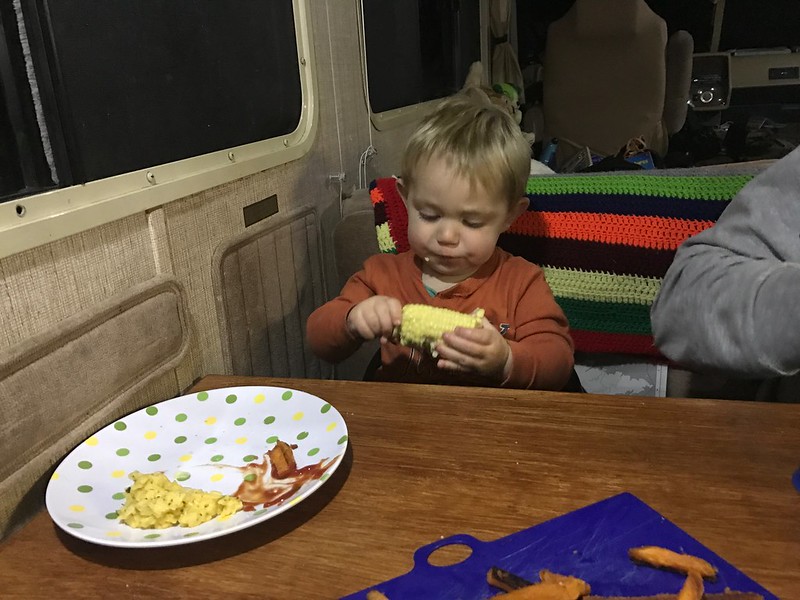 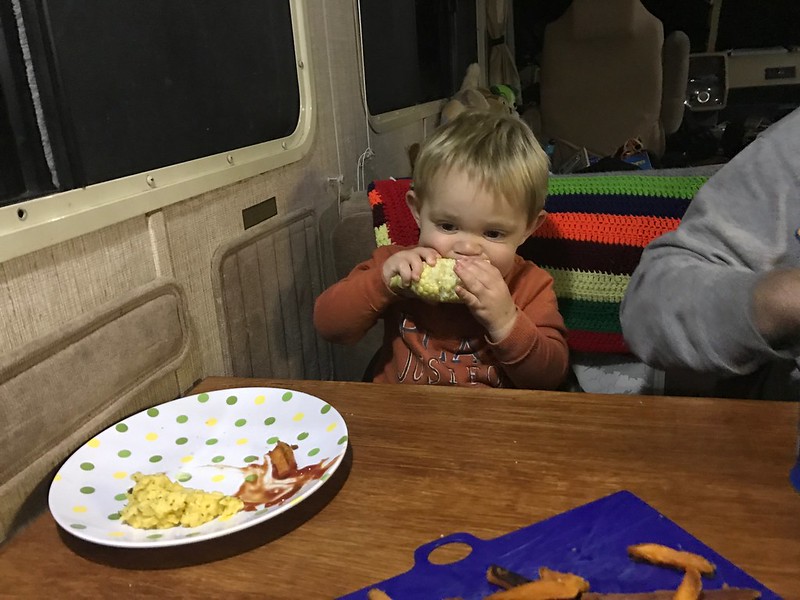 My first attempt at pork: 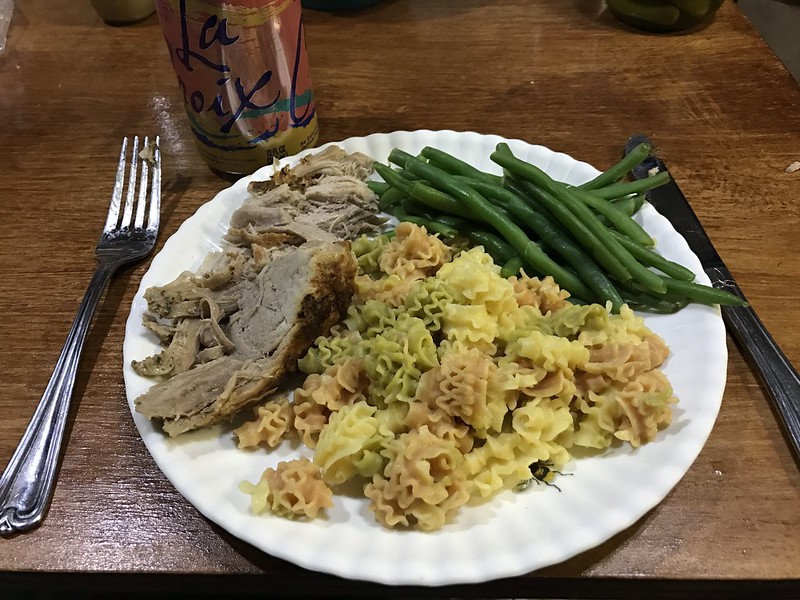 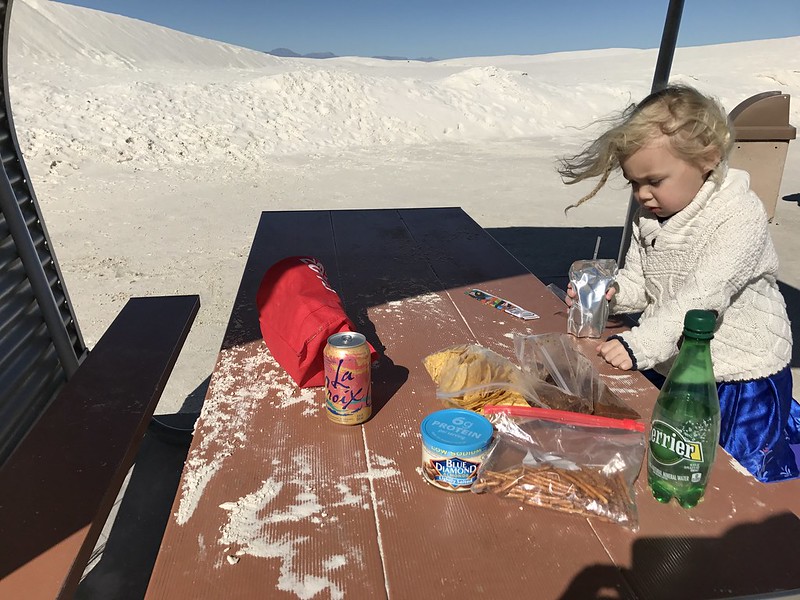 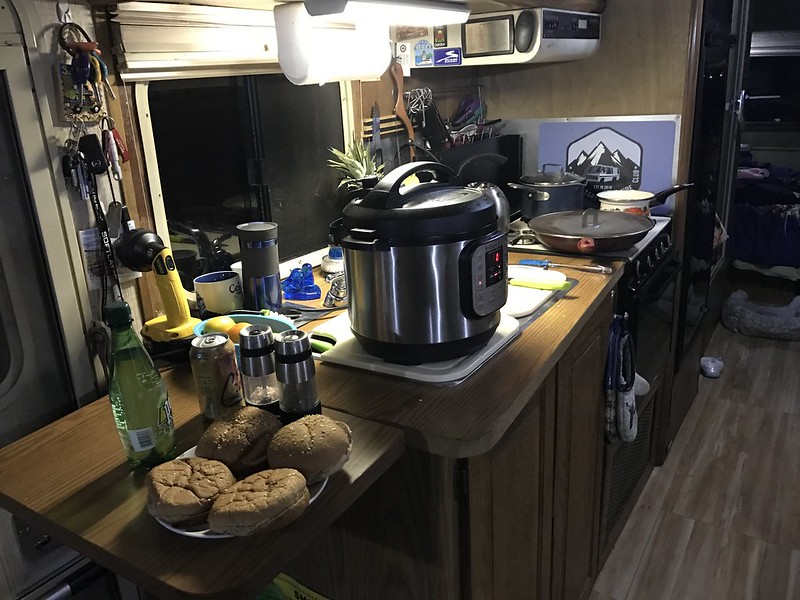 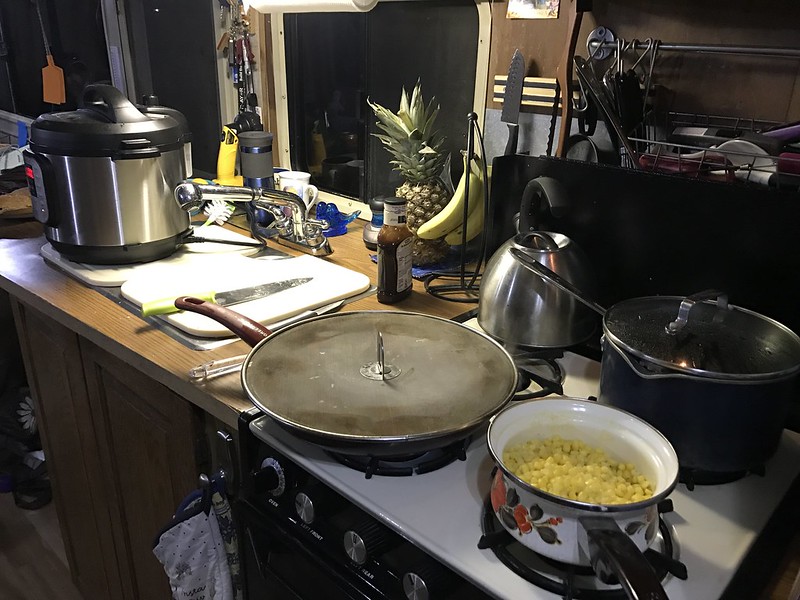 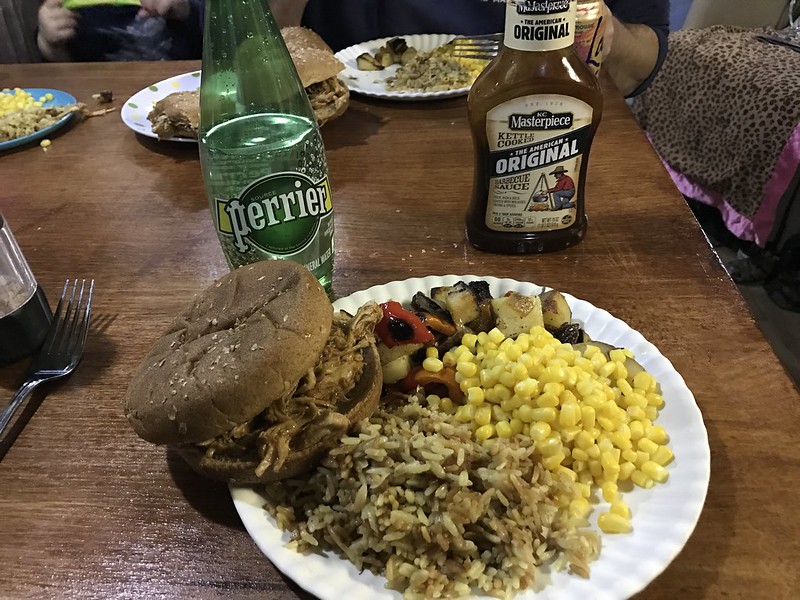 Because they are necessary in civilized life:  (on the grill) 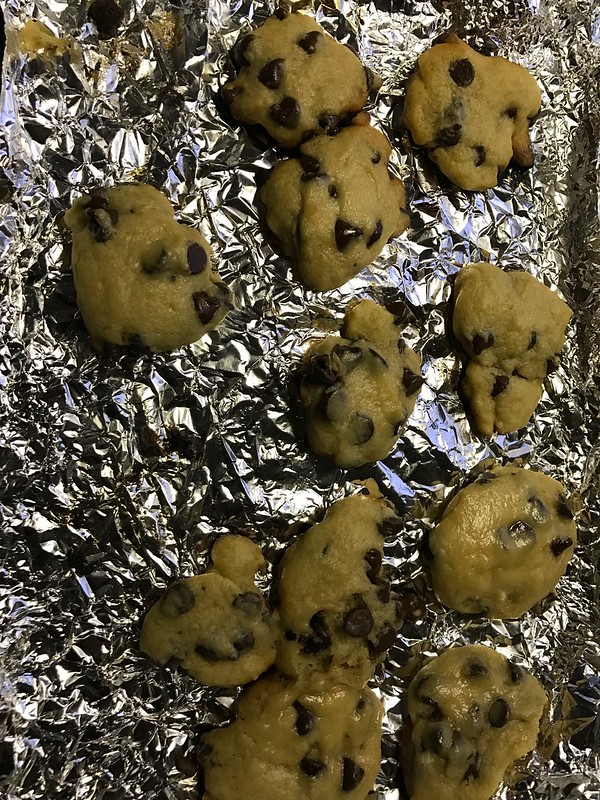 Peeling the garlic.  I thank you for this every time I get it out, Christy.  XOXO 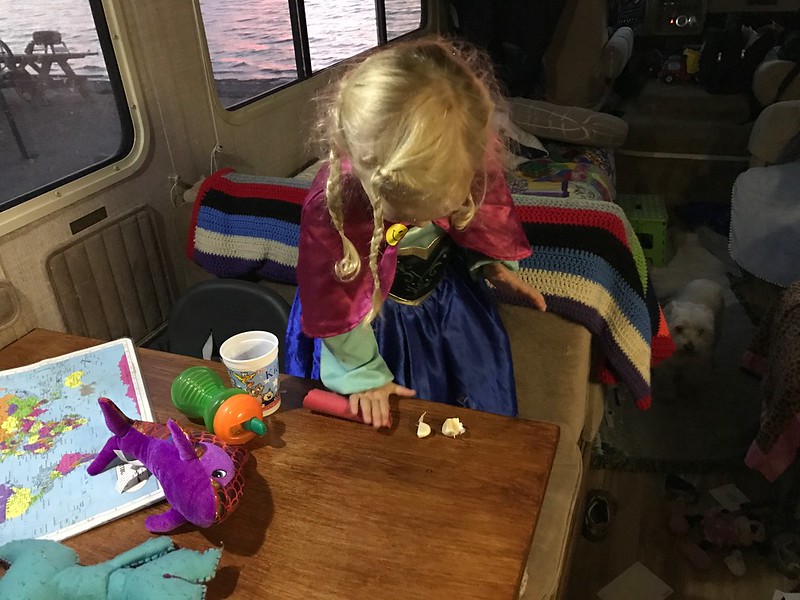 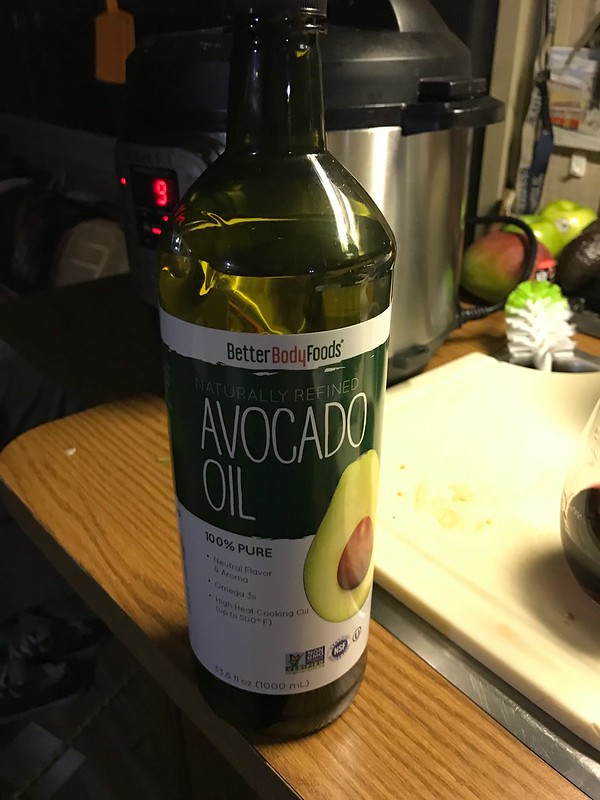 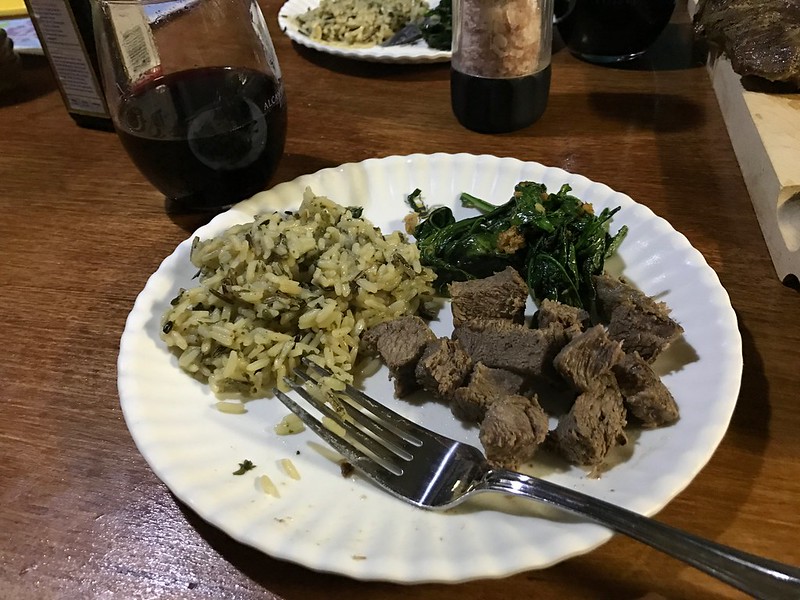 "I get how people get stuck in a place," Scott said to me.  I laughed. Me too - I get it. Most people don't consider having roots in a place 'stuck'. Having ties and feeling safe are generally considered good...