No two ways about it, yesterday sucked.  I admit it…. I had the feels. 😢

I don’t like being attached to things… but there are some things that are just that special: anything my dad wrote by hand, my great-grandmother’s ring that I wear when I need her joie de vivre, the nudie art sketch my non-biological grandmother had hanging in her living room that sparked a whole conversation when I was 5.  Ugh, I’m one of the sentimental people. I try to fight it.

When Cassie first contact me about the ad in RVTrader, Scott thought she was a scam.  She lived in PA (how convenient… far away).  She didn’t seem to want to know too much about the important parts of the RV (the engine, for example).  She seemed to genuinely trust us.  {side note: I think people who trust are rare, precious people.  What must the world look like from their eyes?!}

We don’t know how or why, but around the time Cassie was asking questions, 2 other parties also expressed interest in the Chief. (I’m not one to brag, but I’m generally ahead of the curve on these kinds of trends. {kidding}) It seems these 80s throw backs have a following (and the price is in the realm of realistic for normal people).

A man came to check it out. He loved it.  I forced Scott to be clear and detailed about ALL the problems we had with it (because integrity).  Nothing bothered him.  He wanted it.  Sold.

He just had to ask his mom for the money.

Later that day he was having trouble getting the money.  Not sold.

Upon hearing about the other buyer, Cassie decided to drive 9 hours to beat out “the competition” (her words).  She’s real (Scott owes me $5)!  As soon as she hit the road, the RV was on hold as far as I was concerned.  We offered to meet her a couple of hours south to lessen the drive.

Somewhere in North Hampton NH we showed her the Chief.

She renamed it, Karen.  I’m on board.  The Chief was never meant to be a long term name anyway.

We didn’t even get through what all the buttons do.  She loved it.  She paid cash in full.  She stopped at a U-haul and rented a tow dolly.  She’s incredibly resourceful.

So here’s what we know.  I really like Cassie.  She and her dog Luna, an 11-year-old border collie, are planning to haul off across the U.S. and Canada in September.  They are going to Alaska to visit family.  She expects challenges along the way.  The girl has balls.

She is in her mid-30s and has unicorn colored hair (which Evie absolutely loved) and the prettiest water color tattoos.  I’ve never seen anything like it.  It almost looked like Matisse had hand painted her.

We tried to detail all the problems we solved.  I went back to some things 2 or 3 times to make sure she really wanted the Chief. For better or worse, she had made up her mind long before she arrived in New England.

She’s also not afraid of anything and she thinks it’s fun to solve problems.  I made sure Evie was front and center to hear all that.  We don’t have to wear capes to be brave, self-confident Wonder Women (although sometimes capes are fun).

Doing the math, we paid about $220 a month to live in our home and drive around.  If I wanted to compare that to a normal apartment rental or monthly mortgage payment, I would also have to add in what it cost to stay in campgrounds (which was reasonably low since we spent so much time boondocking) and maybe gas (which was something like $13k – no, seriously!).  It would take a lot of time to figure that out though… probably not going to happen.

It’s bittersweet.  We’re done with this chapter.  We wanted to sell it before the end of the summer.  We did.  Time to celebrate and get on with it.

But, like I said, I’m sentimental.  I need a little time to reflect and say goodbye.

I’m finally the kind of mom I want to be.  That means more to me than anything else.  I also learned how to be a great Navigator for Scott… and yes… even Captain (except those few times).

Scott and I worked really well together as a team (which we already knew – hence, married).

We made some seriously awesome memories, had crazy adventures and picked up a few of you as life-long friends.

To the vessel that facilitated ALL that – fair winds and following seas, Karen.  She’s absolutely got another round of the Rockie in her.  To Cassie, may she get as much out of the journey as the destination.  As for us – time to start looking at backpacks and narrowing it down between Asia or Latin America.  Did I mention we have an offer to stay with a good friend for free in Prague for a bit.  That couldn’t be more tempting…. TBD. 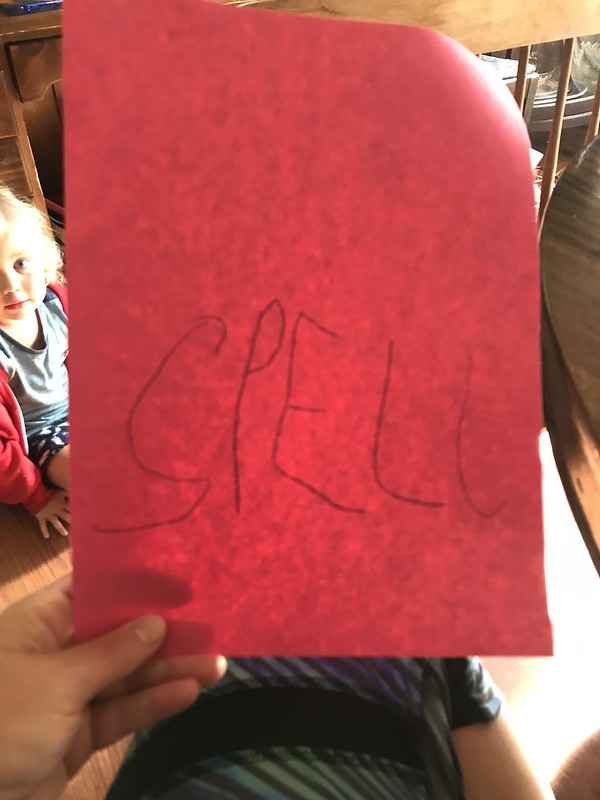 Me, eating alone.  Scott’s on a work call.  Evie retired to the ladies room.  Jack fell asleep.  So much for all my hard work preparing a family meal.  You know what I did?  I sat there and ate until full in silence.  It was wonderful. 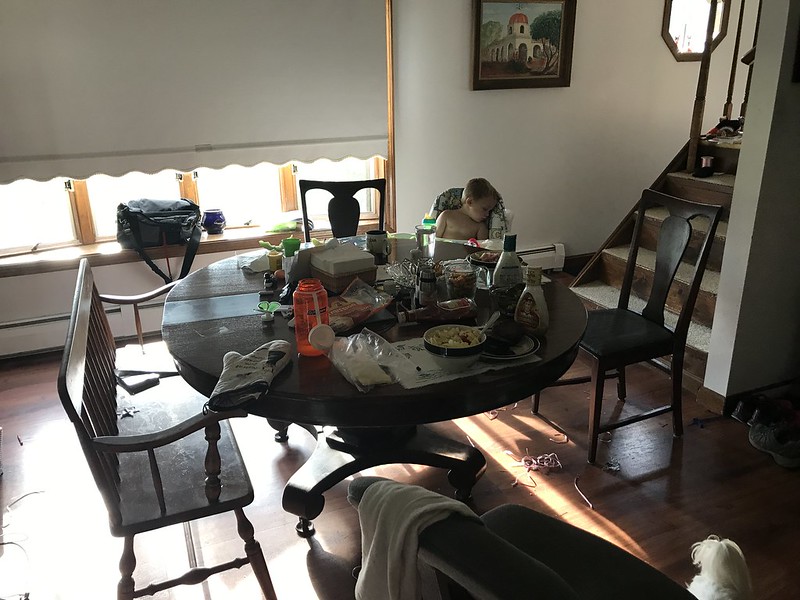 How 2 little people can take up an entire king size bed: 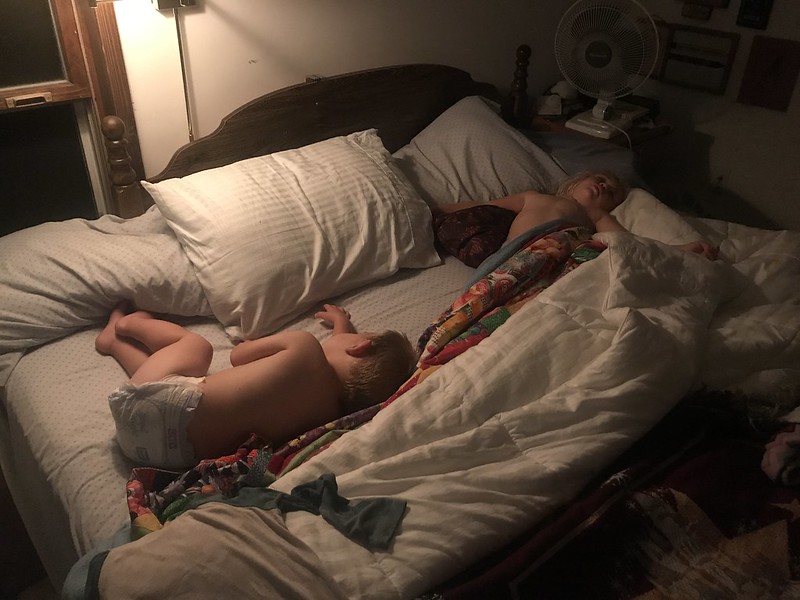 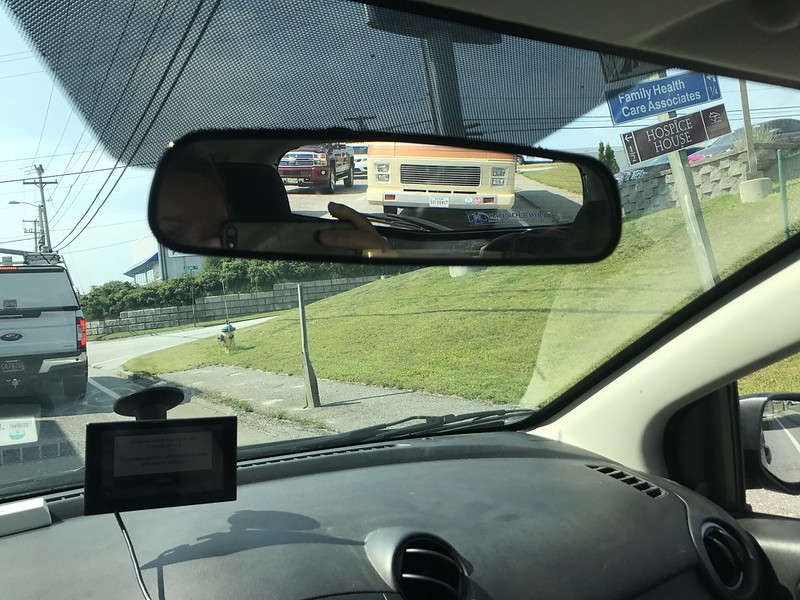 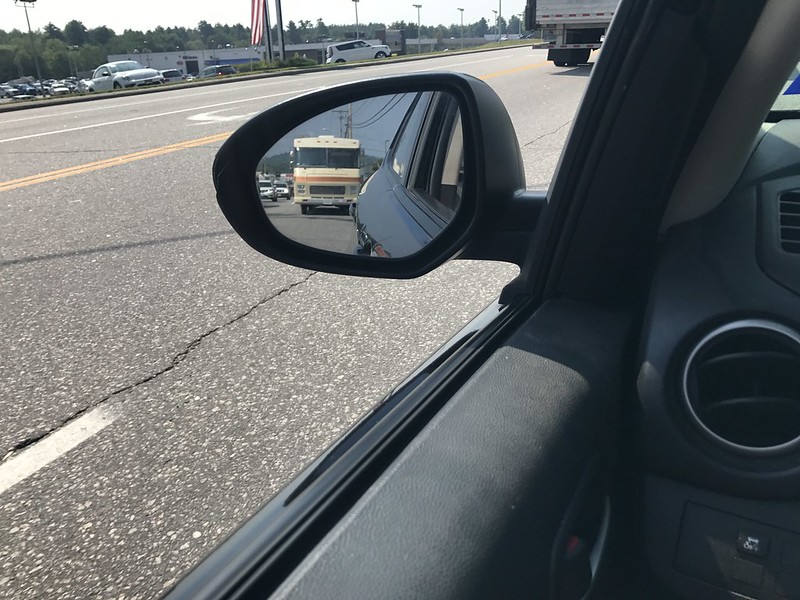 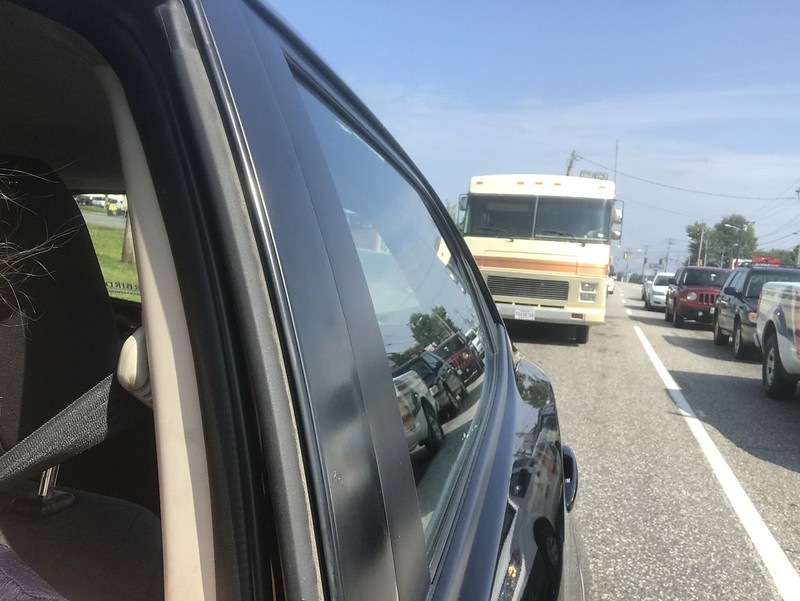 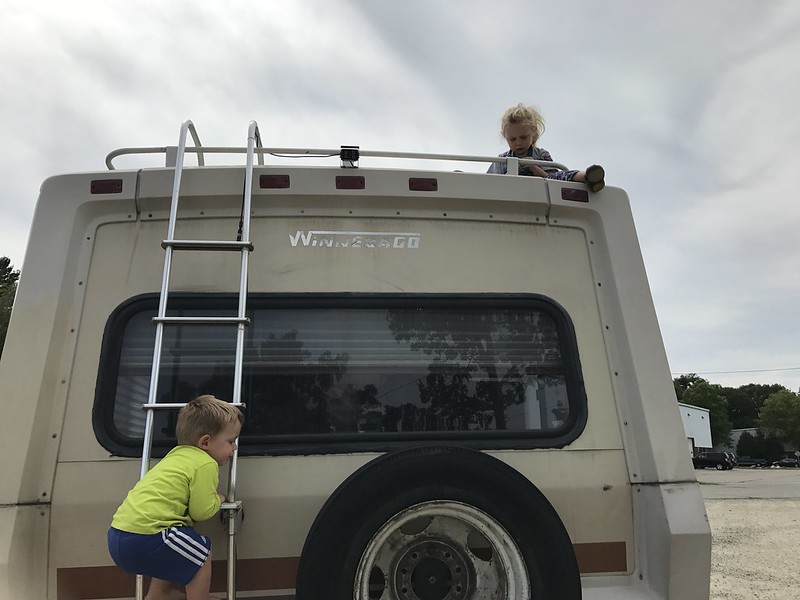 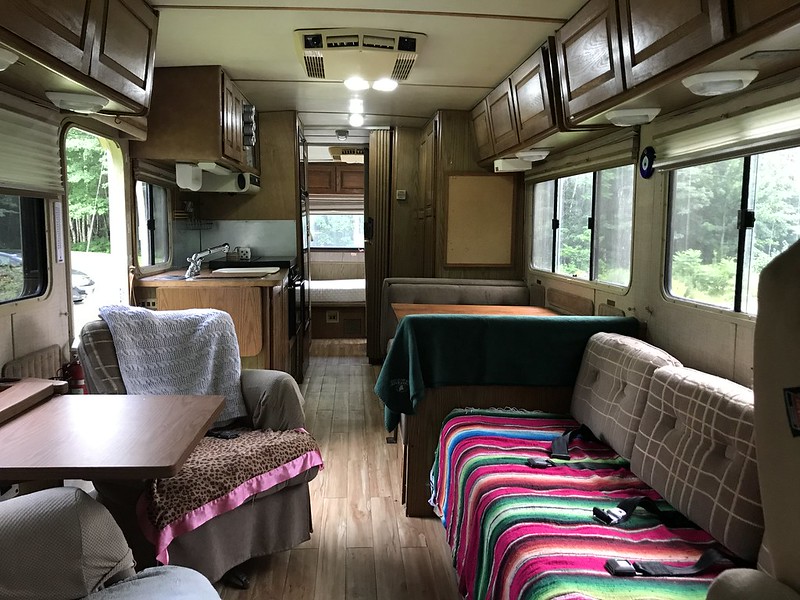 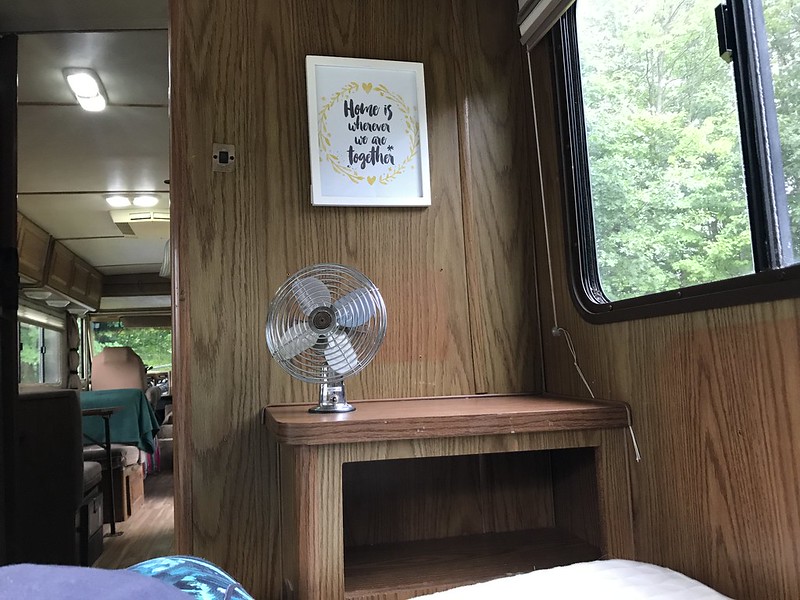 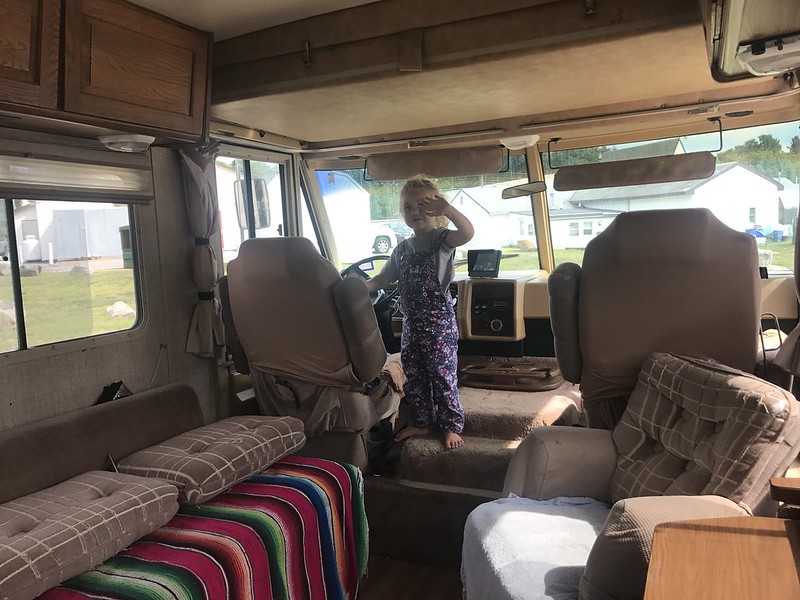 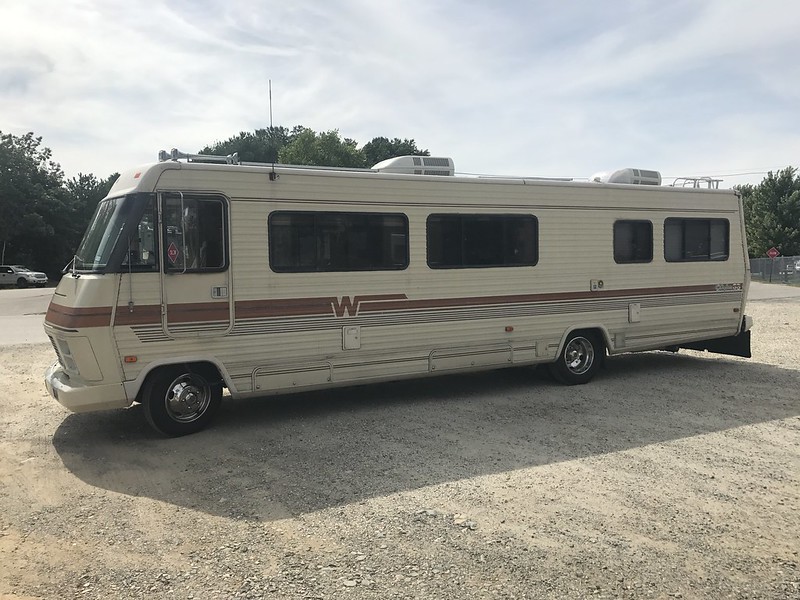 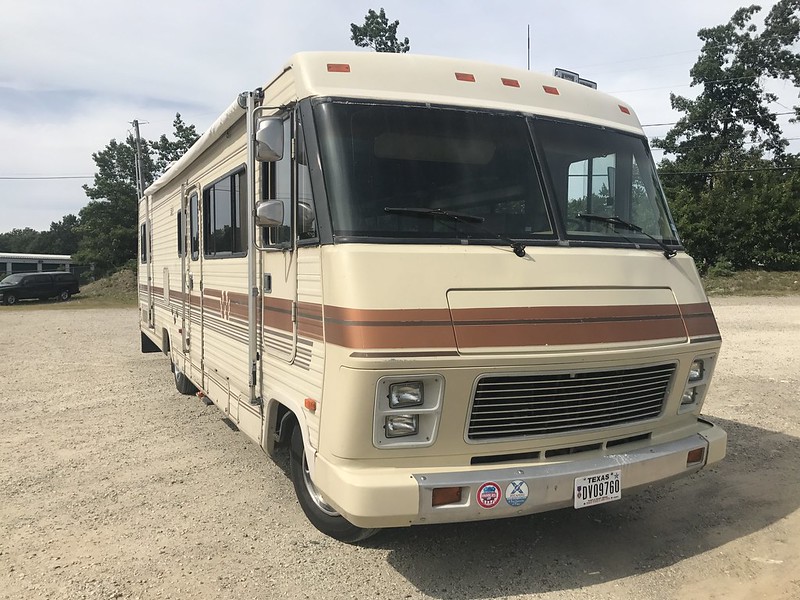 Not sure where to start with this one.  So much has happened and I haven't been writing as much as I should.  I'll go back to entering PA.   This state has seriously tested our morale.  Right now we're about...

I had recently been talking to my cousin, Brandon, about Michigan. I distinctly recall him telling me to put Sleeping Bear Dunes on my to do list... which is not possible because he's never been to Michigan. Oops - memory......

The Alamo & The Riverwalk

I fired up YouTube at 7 am.... full blast.  We kept it going on repeat until we left the RV at 10.  "Born on a mountain top in Tennessee.  Greenest state in the land of the free.  Raised in the...