Now that Super Scary July is over, we’re into Adjustment August.  Scott and I still feel a little bit like, “Really?  Is this really happening? Ok…”

Scott is busy working on the ad agency.  A couple of weeks ago he started offering a $1 Facebook Ads Audit.  When someone purchases an audit, he is given access to his/her/the company’s Facebook Ad Account.  He looks to see what’s been done and how the numbers rack and stack.  Then he makes recommendations – either small tweaks or complete overhauls.

I wasn’t sure this would do much to help him gain new clients.  I was wrong.  Having to pay $1 is the difference between someone willing to pay and someone wanting something for free.  It’s a major hurdle.  Asking for only $1 lowers that barrier.  Once he’s into the account, Scott can decide if this is a good potential customer (we’ve said no before).  Likewise, the potential customer gets something of value from Scott for very little effort.  They also have the opportunity to see how Scott thinks (which is usually very well received).

The 4×4 site is doing well.  Last month it made about $2500.  The increase is due to Facebook’s new automated rules (Scott’s words).  I don’t expect to see it grow that much every month, but it’s nice to see the green line going north on the graph vice south.

I’m going to start adding new content to the offroad site to see if we can grow it organically.  It goes without saying, I’m not the ideal candidate for this role…. I didn’t know Moab existed…. so friends, I may be hitting you up for your opinion on the best new Razor (looking at you Rick K!) or trucks and playing in the desert (Chad & Michelle!) or RV industry trends (Uncle Chris) or bear tracking (Lorna).

Although I’ve been terrible about writing consistently, the blog is still a favorite.  Last night I was looking at the stats.  Some people come to the blog by typing the URL into the browser.  That’s “direct” traffic.  That’s most of our readers (because you’re friends of ours).  However, sometimes other sites refer readers.  For example, if you google ‘amators’ and click on the link, I see something that says something like Google referred 1 person today.  Last night we had a new referrer.  Check this out:

Here’s the thing, I don’t know Marianne and Randy.  As far as I can tell, we’ve not met.  Someone I don’t know {yet} thinks I’m “often humorous”.  Pants On Fire!  Within 5 minutes of reading that, I was on my personal Facebook account blasting the review to everyone I know.  A+!  Gold Star!  (Unfortunately, I’m an annoying Millenial in that way… nothing gets me more excited than positive feedback. #AchillesHeel)

If you’re so inclined, go check out frugal-rv-travel.com.  Then they’ll see TheAmators.com as a referrer and the cycle will be complete.

The kids and I are working on reading, number lines, and science experiments.  Our little science site is growing slowly but steadily.  We’re installing a new theme this week and I have a new logo.  Surprisingly, our recipe for fluffy slime has been a big hit and we have over 1000 people linking to that page already.  Who knew?!  Obviously, I didn’t invent the recipe so I have no idea what’s going on with that.

Evie is able to count backward from 35 now.  You can also grill her on counting by 5s and 10s.  She should know her cents as well.  I make her pay for everything when it’s in cash.  We do a calendar exercise too.  In theory, she should know the day of the week and the date.  We’re not up to full steam on that yet, though.

One of my friends asked me, a couple of weeks ago, how I was going to do this homeschooling stuff since there are subjects that… you know {head tilt}.  (Me, “No, I don’t know.  What?”  Him, “Well, you’re not super smart in everything, you know.”  My take on that?  Thank you for keeping me humble, friend.)  So far, so good.  In terms of knowledge, let’s hope I can cover pre-k without cliff notes.

For the record, he was referring to history (according to him).

We spent the weekend with Grammie Denise and Grandpa Mike to celebrate Mike’s retirement.  He’s free now… no more 3:30 am wake up calls!  Happy days.

The grands and I took the kids to a great farm in MA.  I’ve been to petting zoos.  This was way way more than that.  After pony rides and holding baby goats and a water park that could hold it’s own against most others, the kids were wiped out for 2 days.  Jack was asleep in his car seat before we left the parking lot.  Now that’s the sign of a good day.

So this is life now.  Work on the computers.  Play as much as possible.  Seek out adventure.  Still looking over my shoulder, waiting for that phone call… 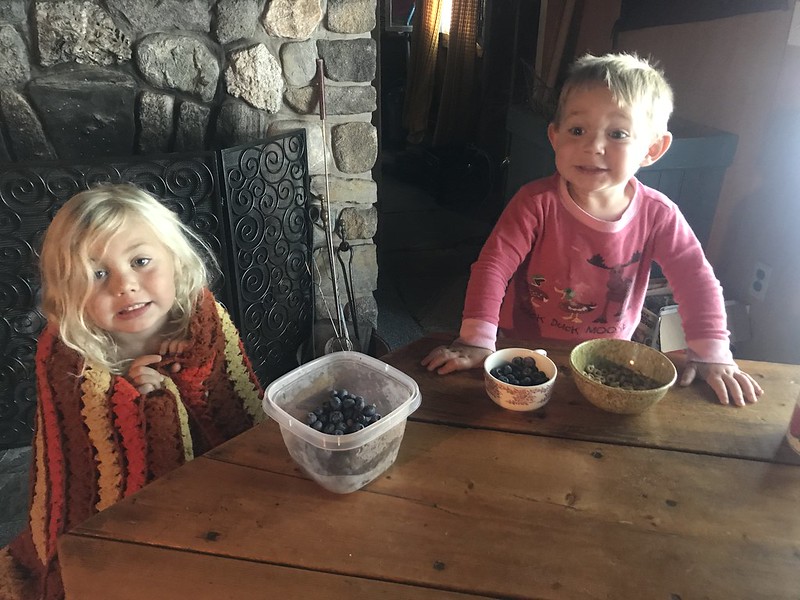 Evie is now a bona fide kayak captain.  She picked it up quickly and now gets herself around the lake. 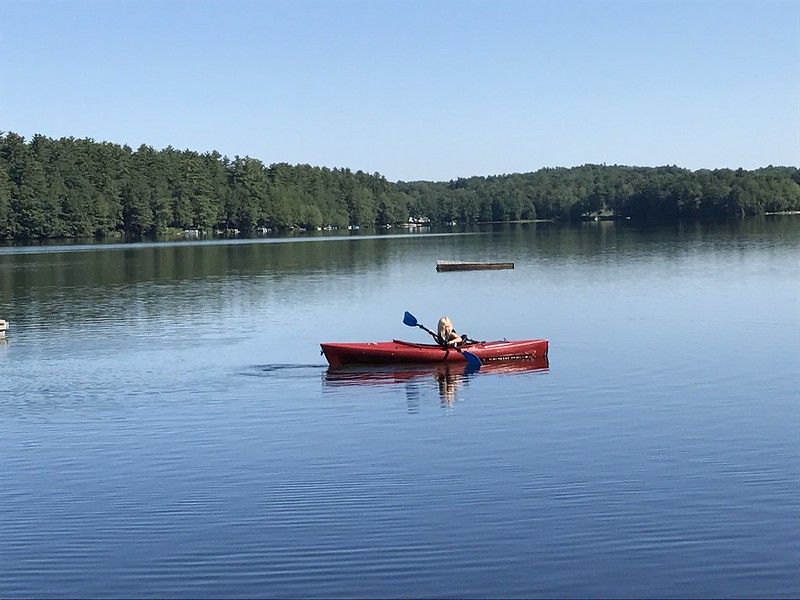 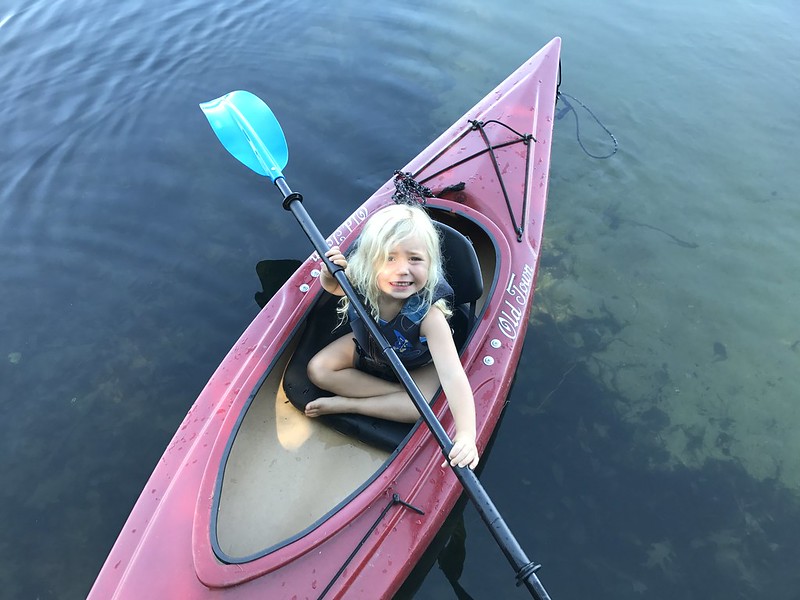 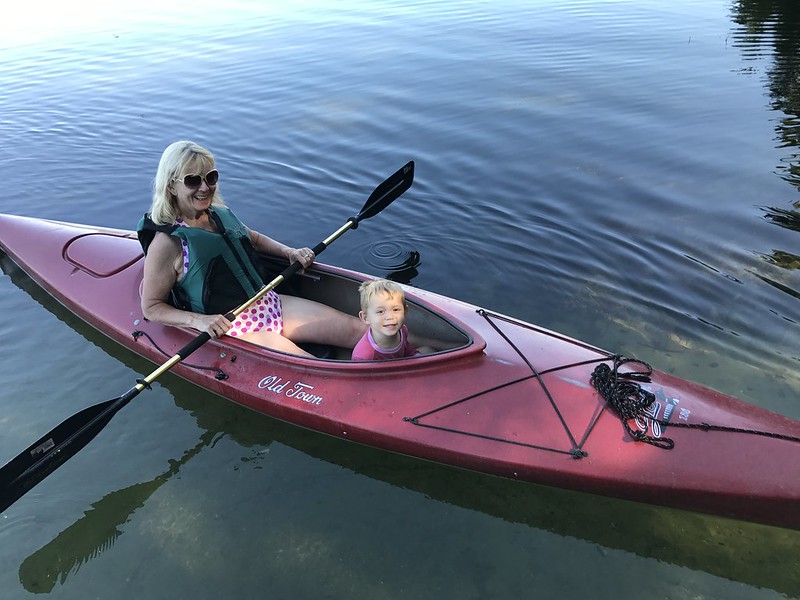 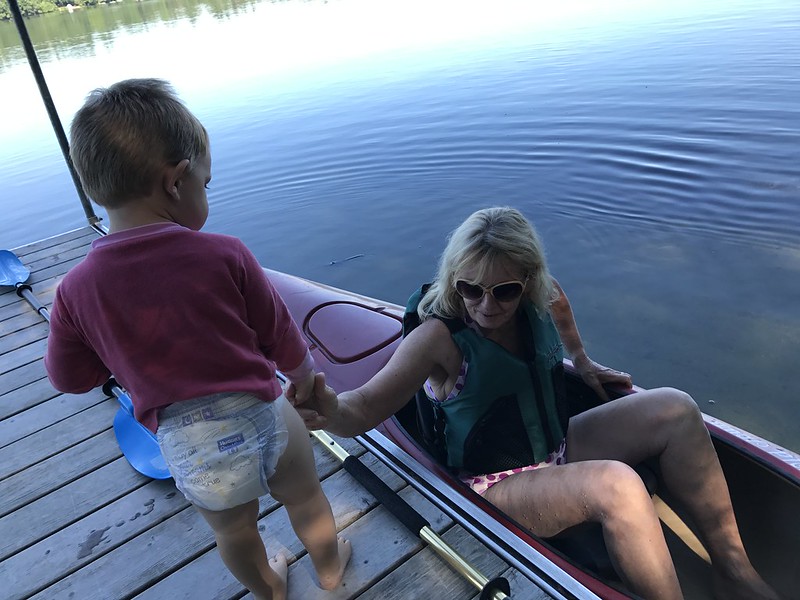 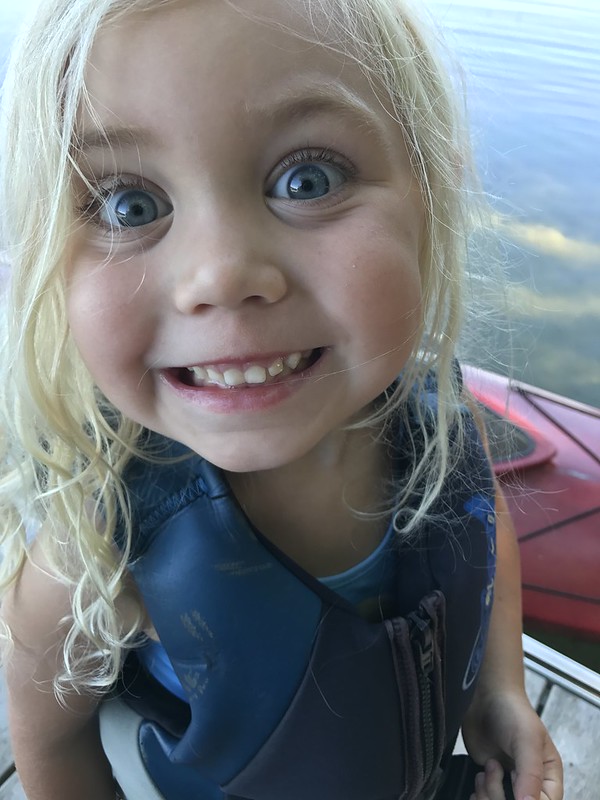 Did I mention that camp is a clothing optional place?  99% of the time we’re clothed… but there’s that 1% of the time…. 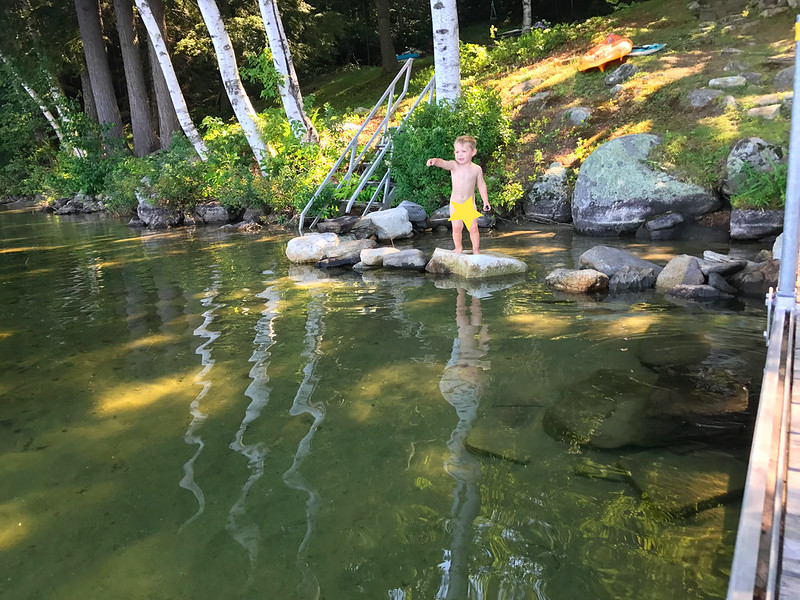 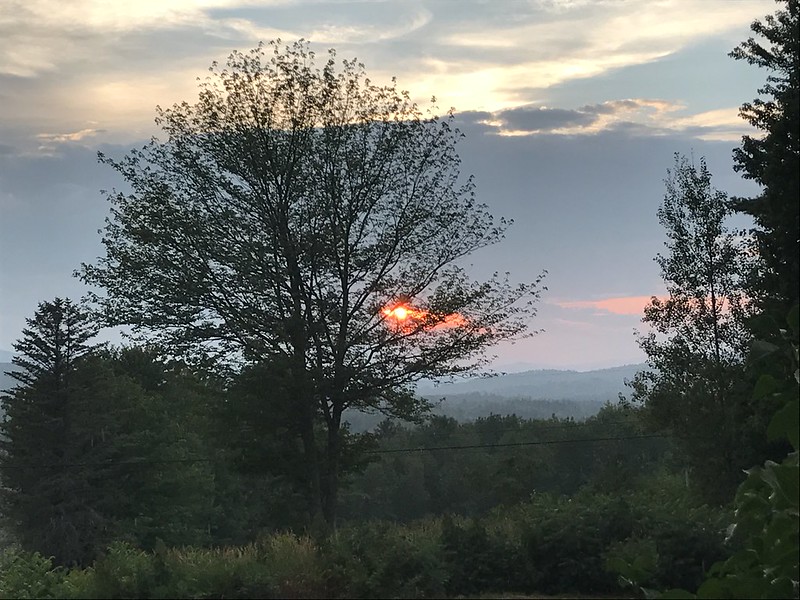 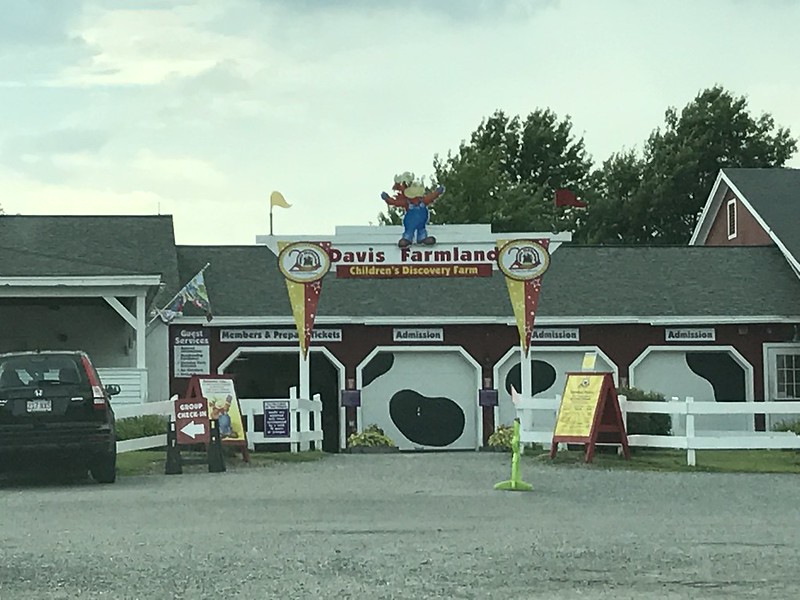 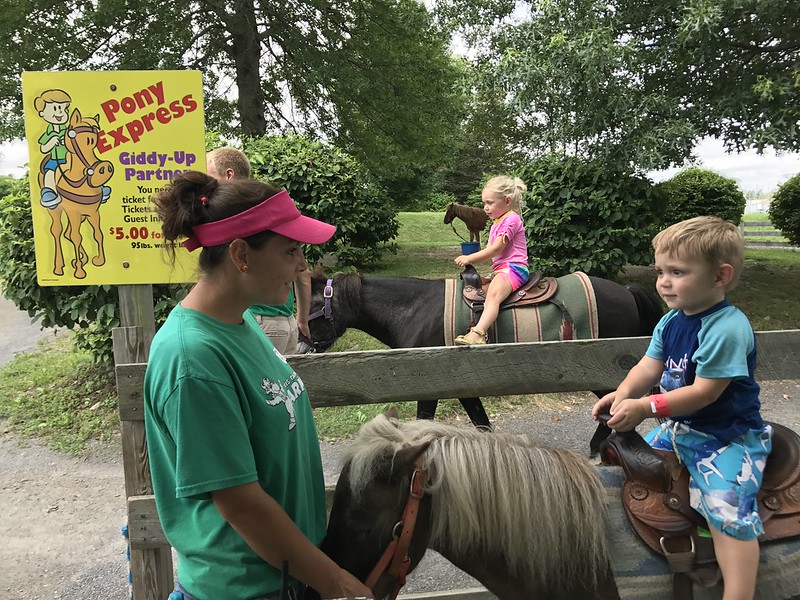 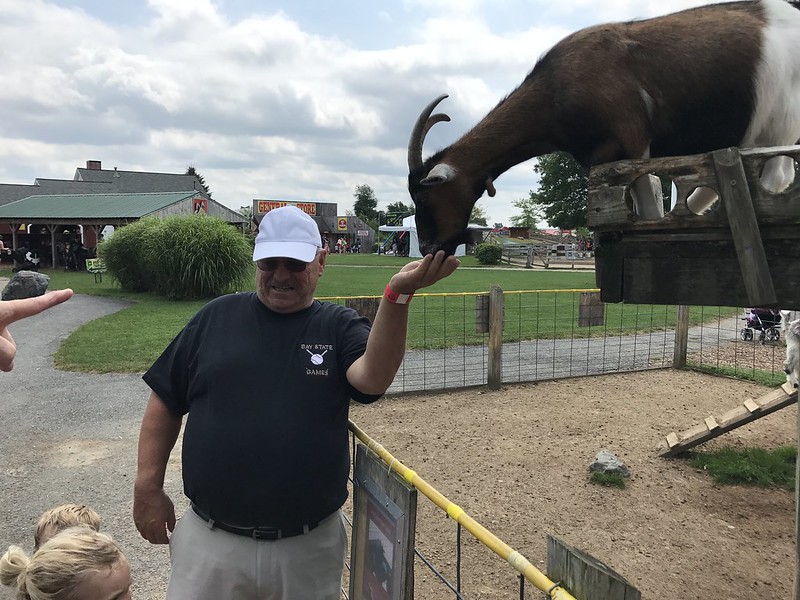 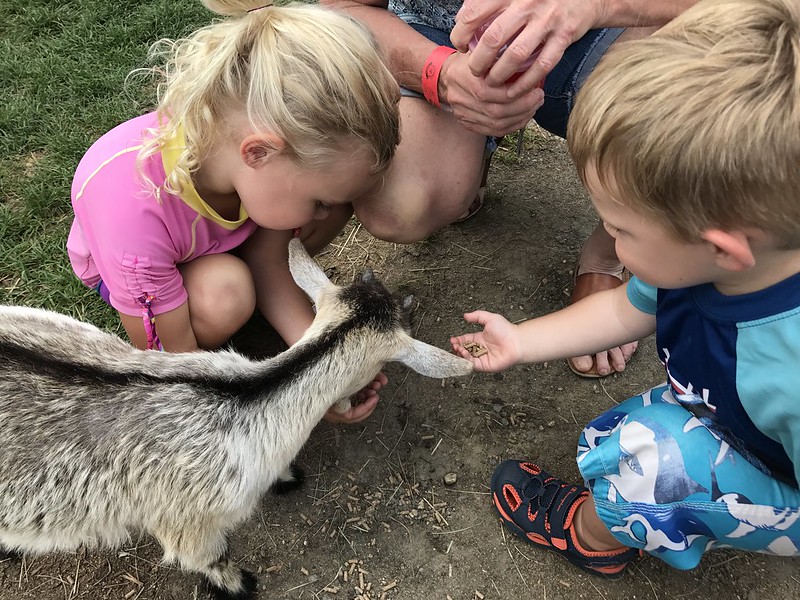 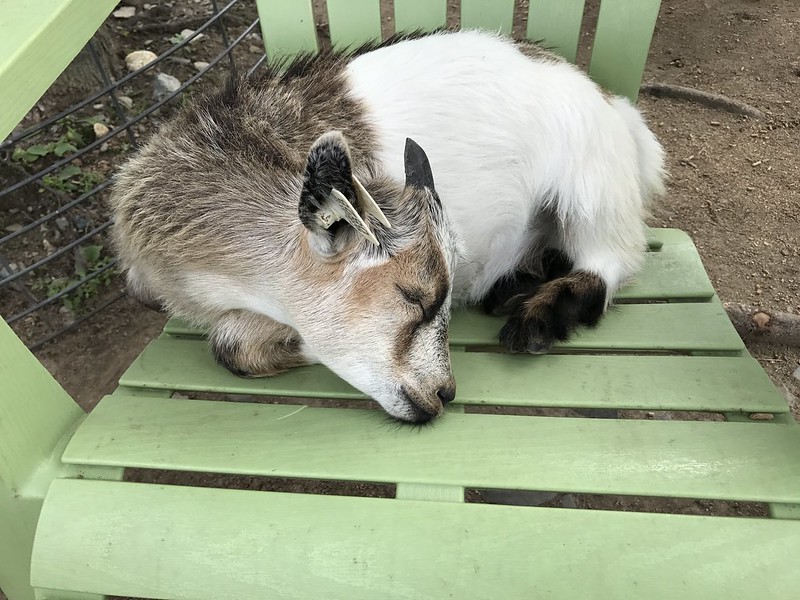 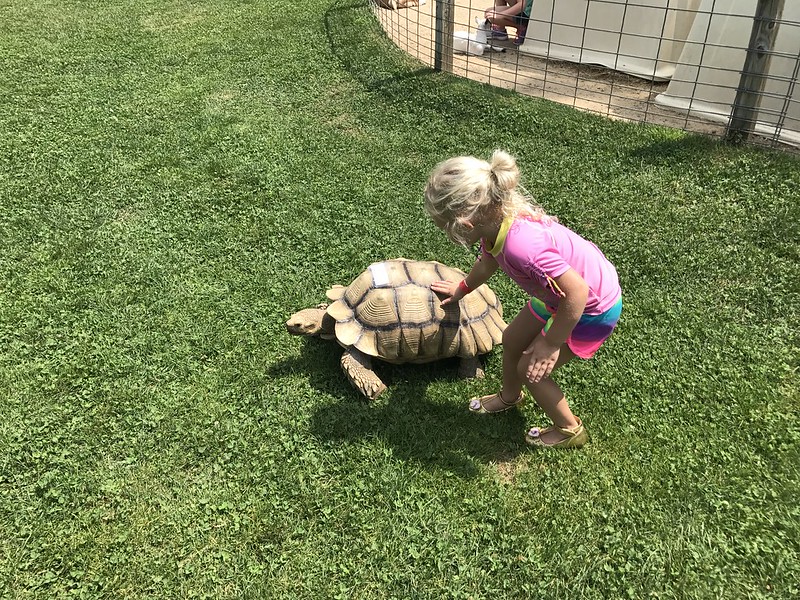 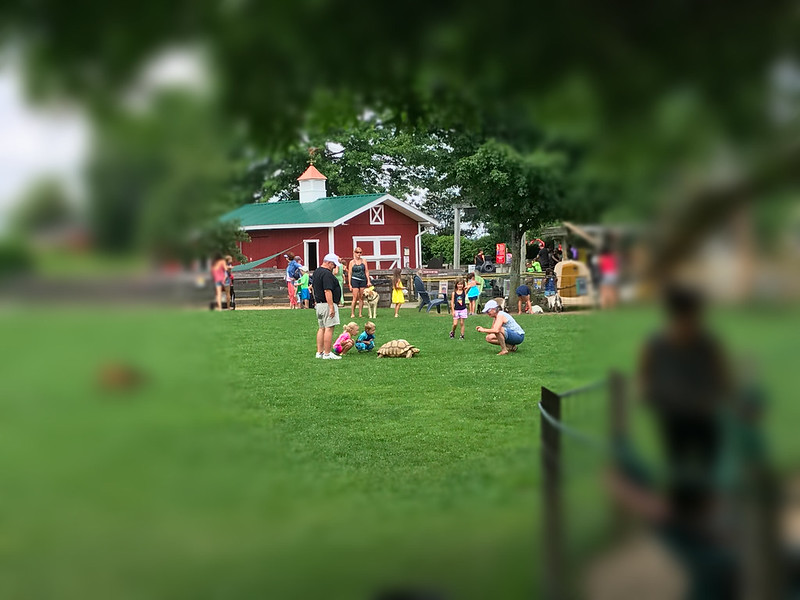 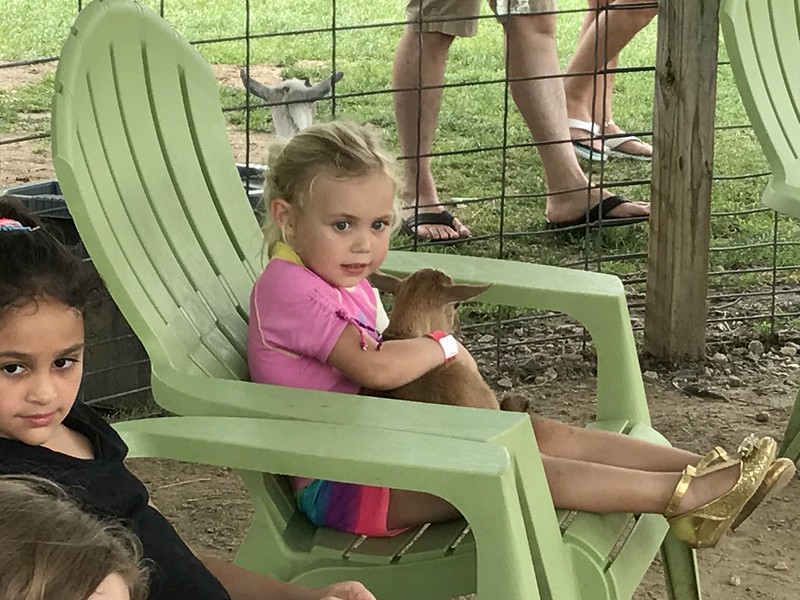 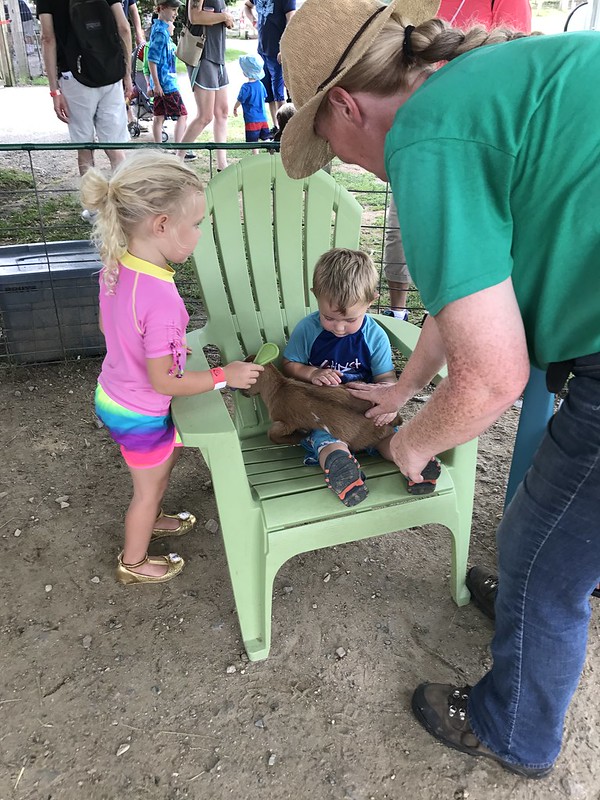 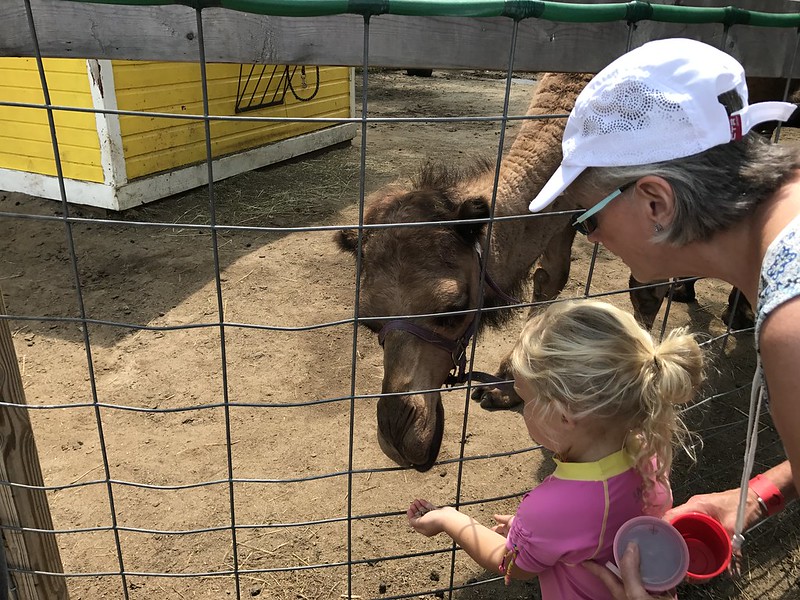 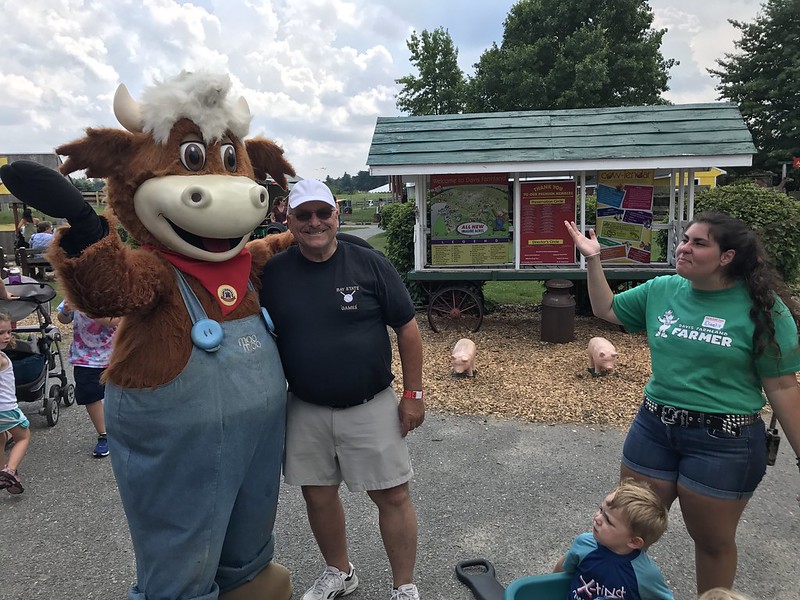 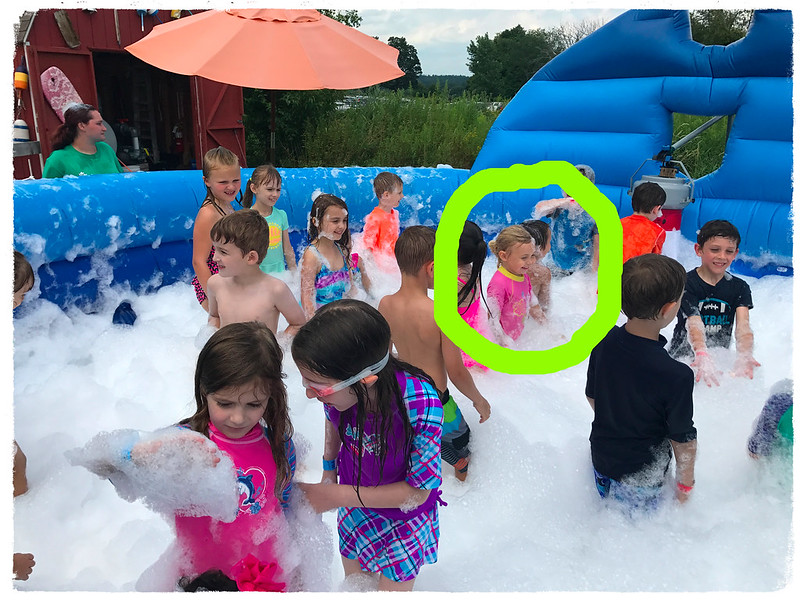 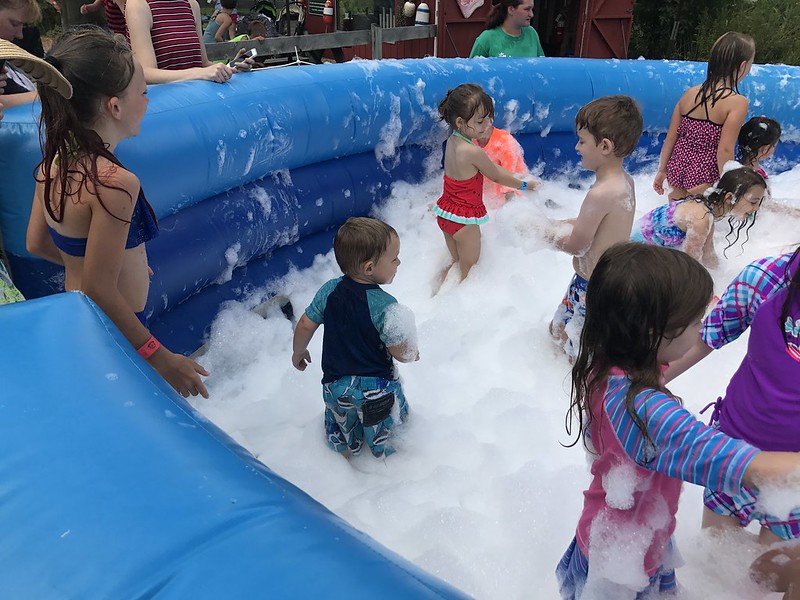 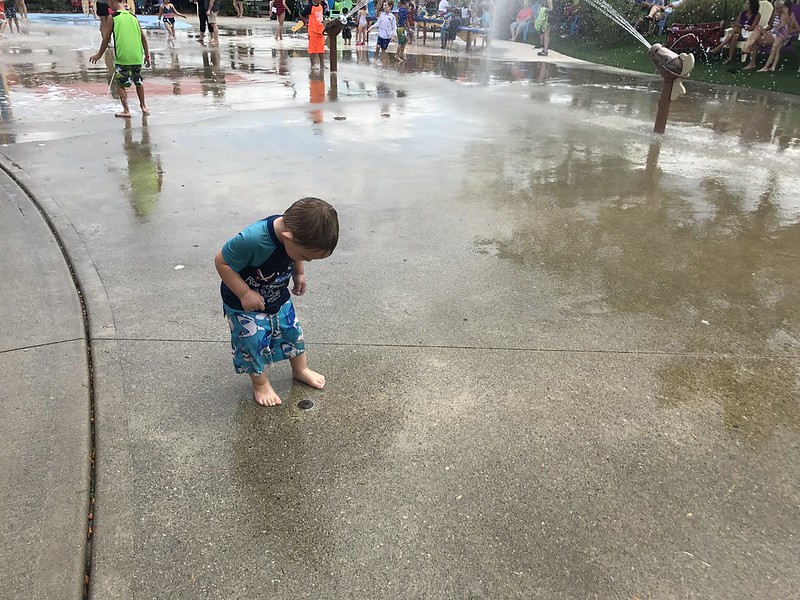 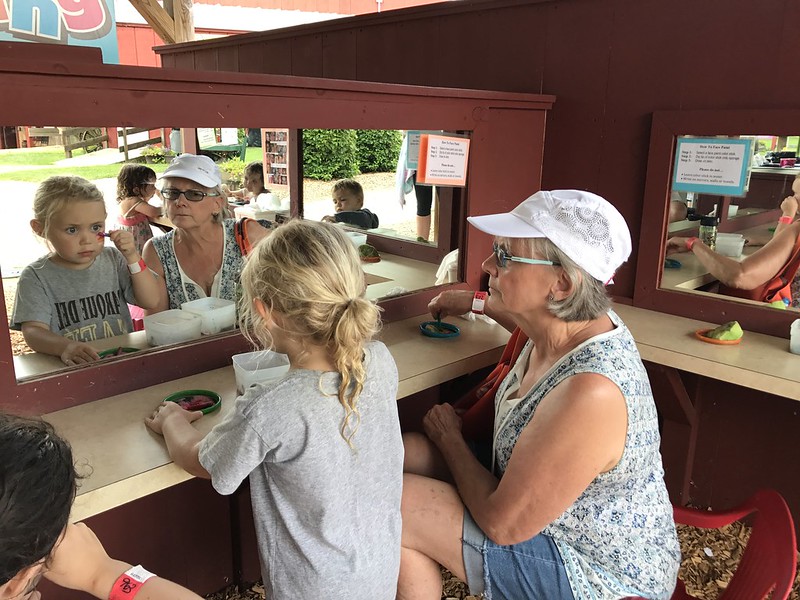 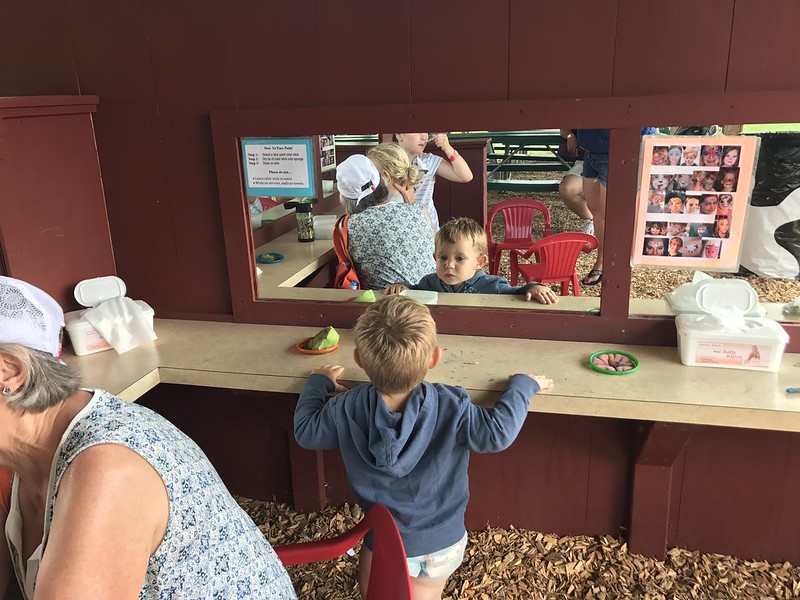 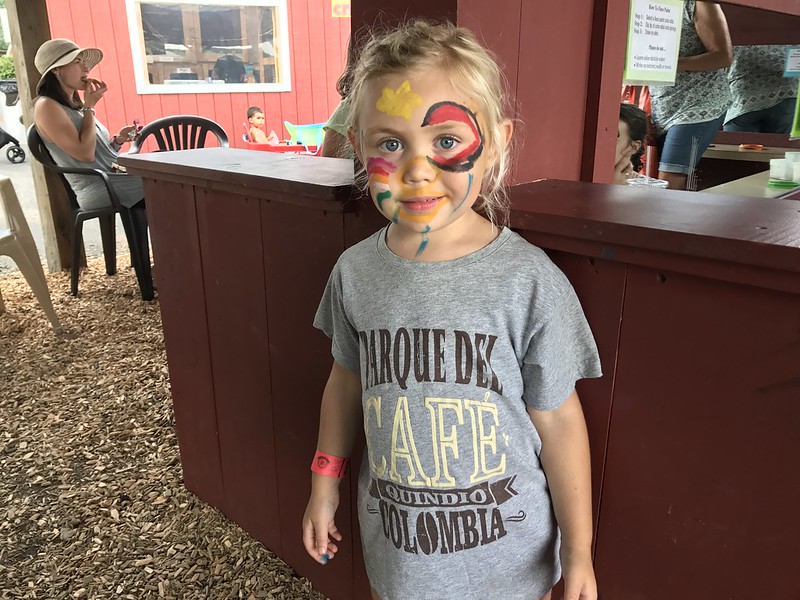 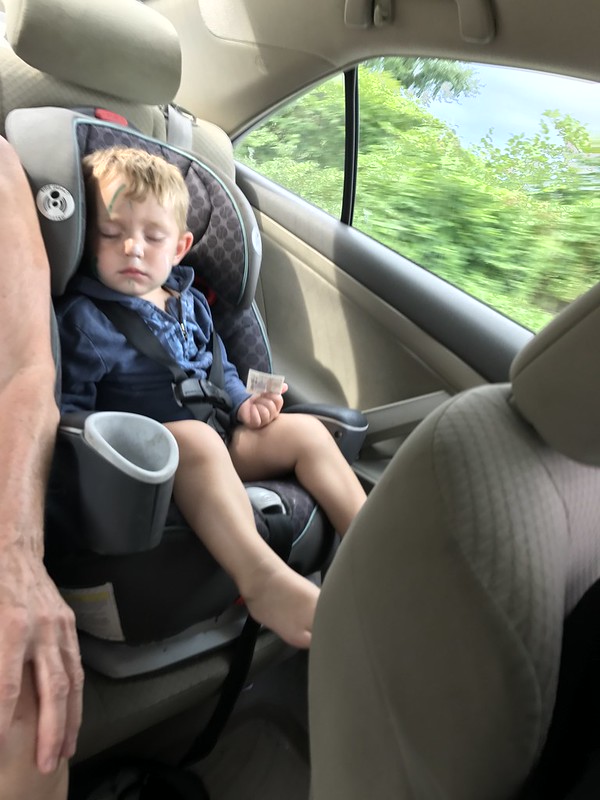 An Amator's Plan is more like a guideline - one possible option that may seem to be the best opportunity at a specific point in time.  As more information is learned, the protocol is subject to change.  Many times.  It drives...

The kids got to spend a lot of quality time with their most Supreme, Biggest Stars on the Planet VVVVVIPs.... Grandmom, Grammie Denise, Grandpa Mike and Nate this holiday season.  It goes without saying that the spirit of Grandad was...

Scott keeps telling me to write the blog posts like I'm writing to my closest girlfriends (Sticky, C, The Aviator, Seven... + 10 more).  Look, I'll tell you right now that's not gonna happen.  Out of respect for my mom...