Nothing feels better than being on the road again.  We fire up YouTube and played Willie on repeat.  Everyone is excited.

We woke up in Boron, CA.  Here’s my campendium review of the campground.  It was $14 a night with Passport America.  Generally old dried up toilet paper around the outside of the sewer pipe is a deal breaker (no matter how happy my Cheap-O-Meter gets).  However, kids-who-are-ready-to-stop-for-the-night are a powerful motivator and normal limits quickly become negotiable.  Don’t judge.

Interestingly, Boron, CA is named after the element and is the site of the world’s largest source of the boron compound boric acid. (I look this stuff up as we’re driving, that’s how).    That led me down memory lane.  Stand by for a short full-geek story.

My undergrad is in physics.  During my second year, I earned the only ‘C’ I’ve ever received in any class (which still chaps me to this day).  Waves and Oscillations.  I hated the class.  I hated the math.  I even disliked the professor (for entirely petty reasons).  However, I remember the final project in detail.  Stellar nucleosynthesis.  Sounds horrible but it’s actually fascinating.  It’s how matter is created – the fusion process deep inside stars.

End of total geek out.

Boron, the town, has 2 restaurants.  We tried the pizza at one of them.  Scott was the only person at the counter when he ordered.  The lady behind the counter was frazzled. She opened with, “Do you know that crazy Mexican in the wheelchair?”  Scott, “I can’t say as I do.”  Her, “Well, he just stole the tip jar so the police are coming.”  Although Scott waited about 20 min for the pizza to come out of the over, the police never showed.  For some reason the theme song to Dukes of Hazard kept running through my mind.  Honestly, how fast could that guy have been moving?!

After playing in a local park the next morning (I kept my eye out for the burning rubber bandit), we took off. 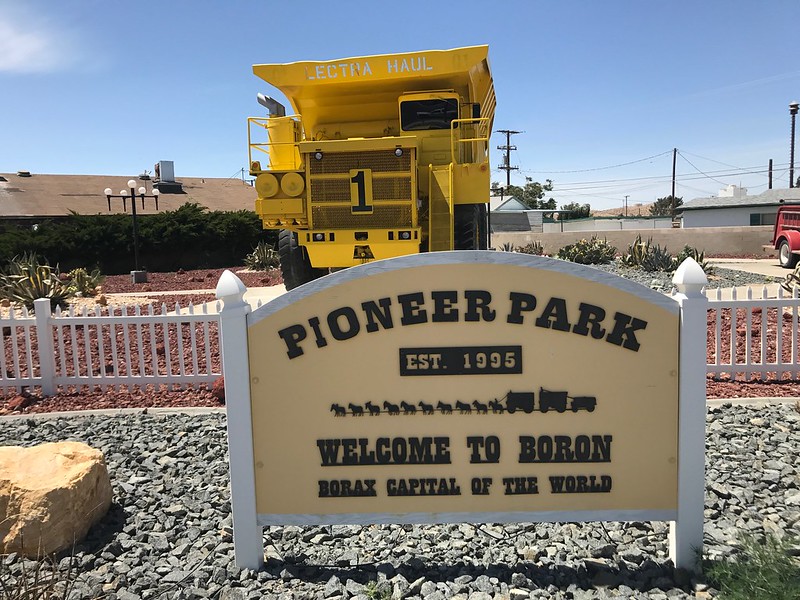 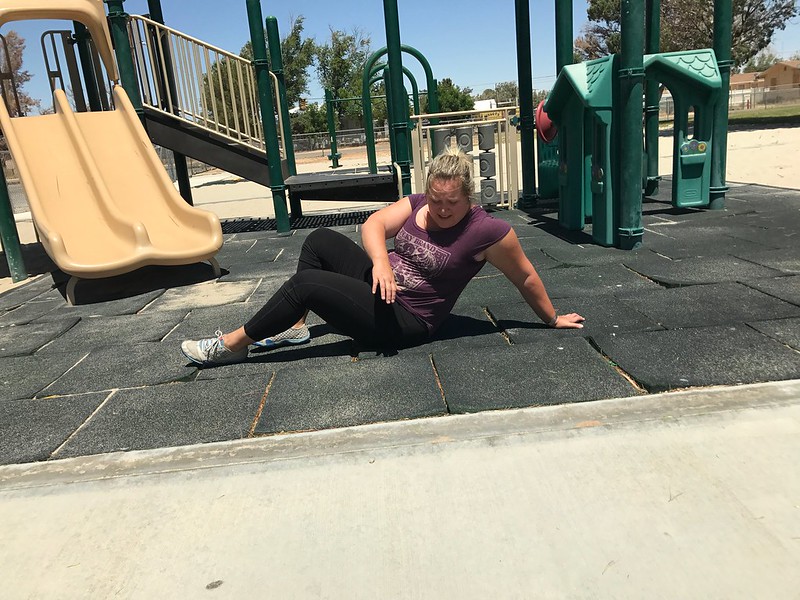 Preparing an upside-down fire… just like Dad taught them. 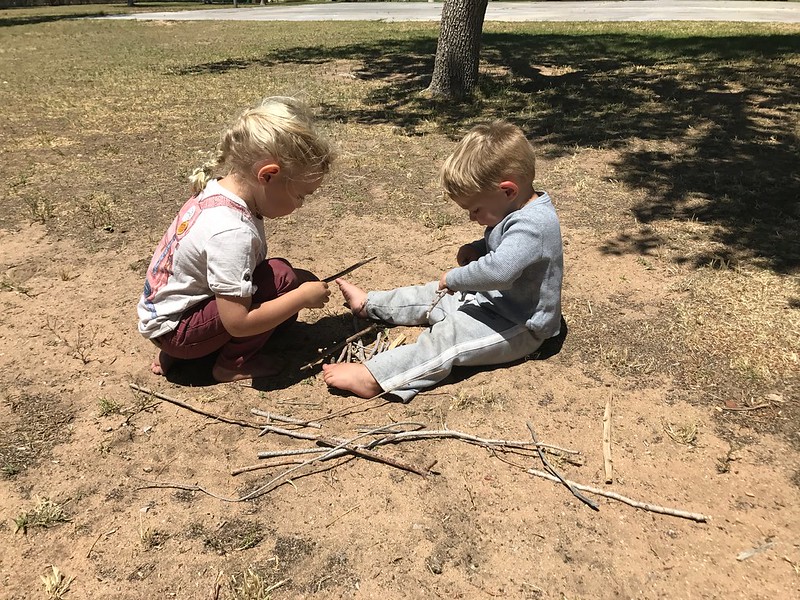 It’s rare we pass something I really want to stop at… but we did (because it was a 60 mile detour): Peg Leg Smith Rock.

Peg Leg Smith wandered into Warner Springs in late 1854 with gold nuggets the size of a fist in the saddle bags on his horse. He told those who found him suffering from dehydration that he found the gold nuggets in the Old Woman Mountains near Essex. He also told them that he had carved his name on a rock where he could see the location of his gold looking away from the rock. The gold was where you could see three buttes looking away from the rock and it was just laying on top of the ground. 30 miles off of I-40, midway between Essex and Needles, is that rock with the inscription.  It’s a modern-day treasure hunt… Goonies style.  Who’s with me?!

We did an evening layover in Needles, CA.  That’s an interesting spot on the map because of its heat.  In the summer it rivals Death Valley.  On 13 August 2012 the falling rain registered 115 degrees.  That’s 10+ degrees hotter than a hot tub.  Gross.  We stopped off to enjoy dinner and play time at a boat launch.  The kids made some fast friends and we watched some folks gut a fish (not my choice, but the little people were fascinated).  Scott and I also got our workouts in. 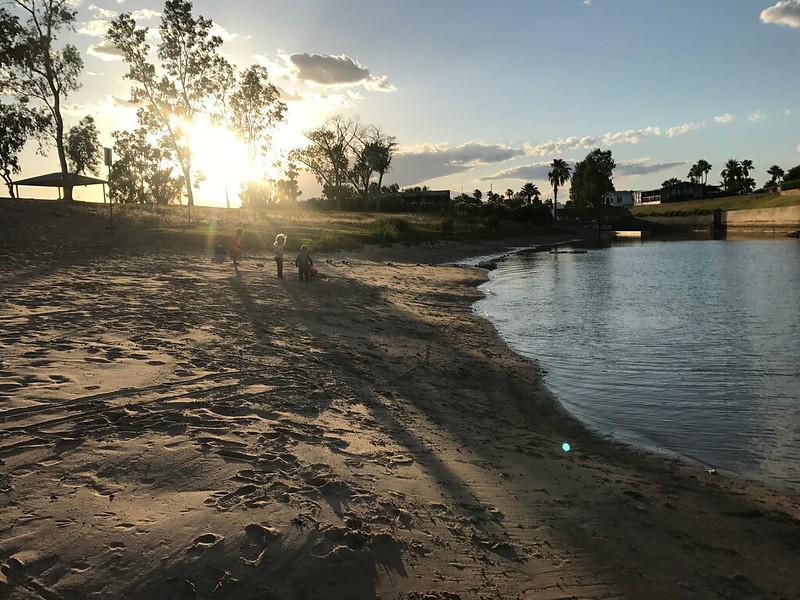 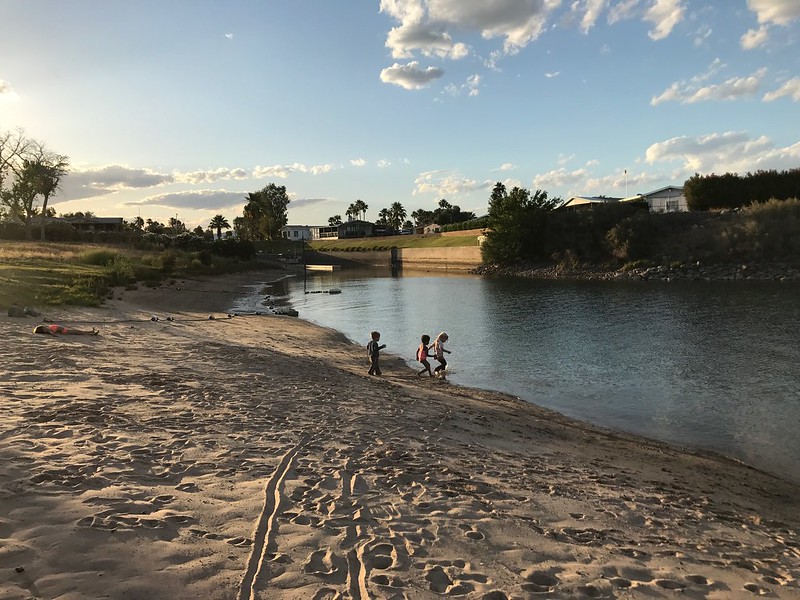 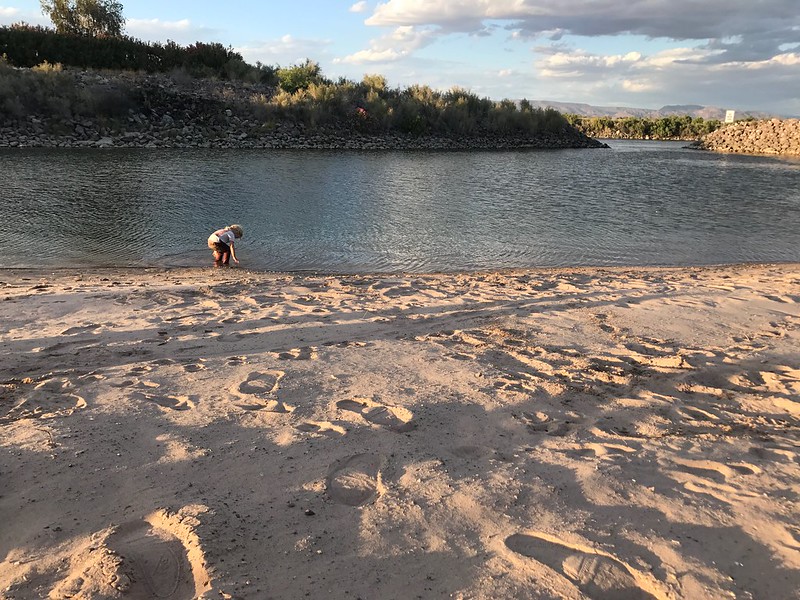 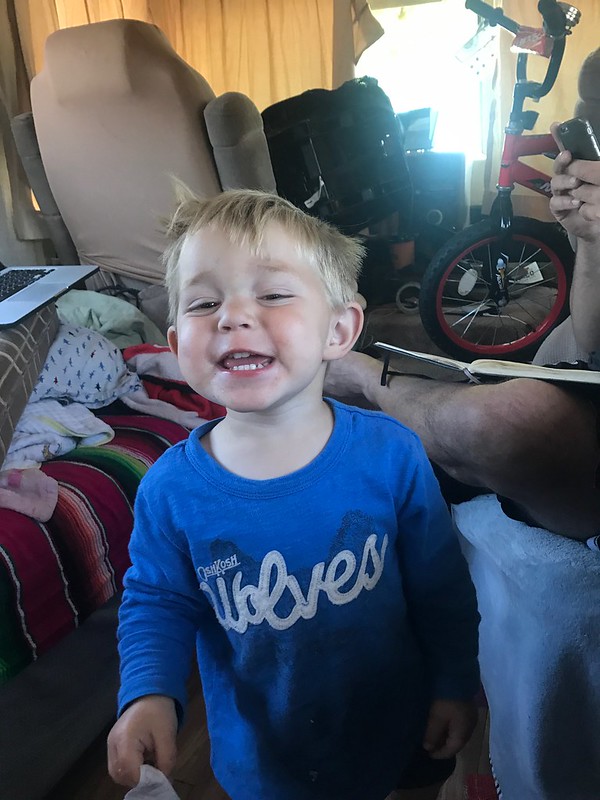 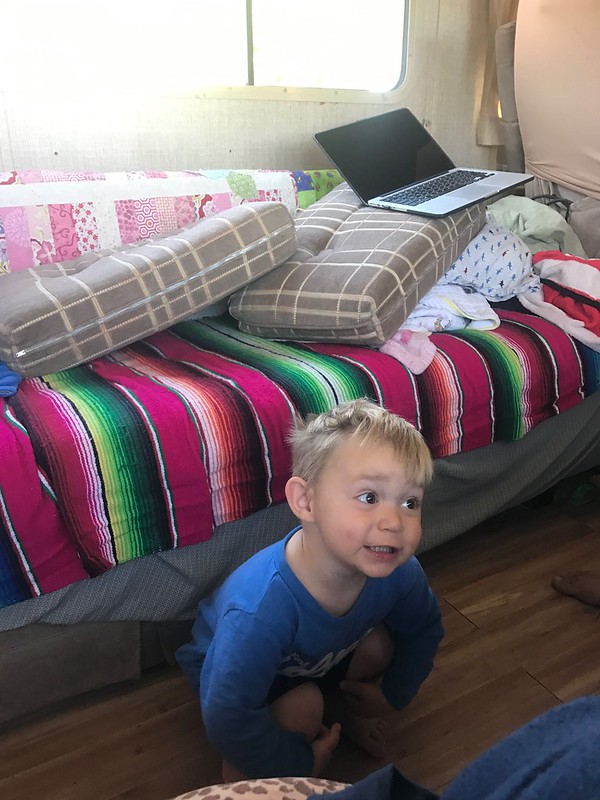 We made it to Kingman, AZ and overnighted in the Walmart parking lot.  Don’t let the signs fool you.  Overnight parking is permitted.  We were there with about 30 other campers.  No issues.

Today we arrived at a beautiful BLM spot about 30 miles south of the southern rim of the Grand Canyon.  We saved the best (?) for last (*hope* *hope* *hope*).  Being at 7000 ft now the weather changed dramatically.  It’s cold again and the wind is whipping.  Should have topped off on propane before we came out here.  Oh well. 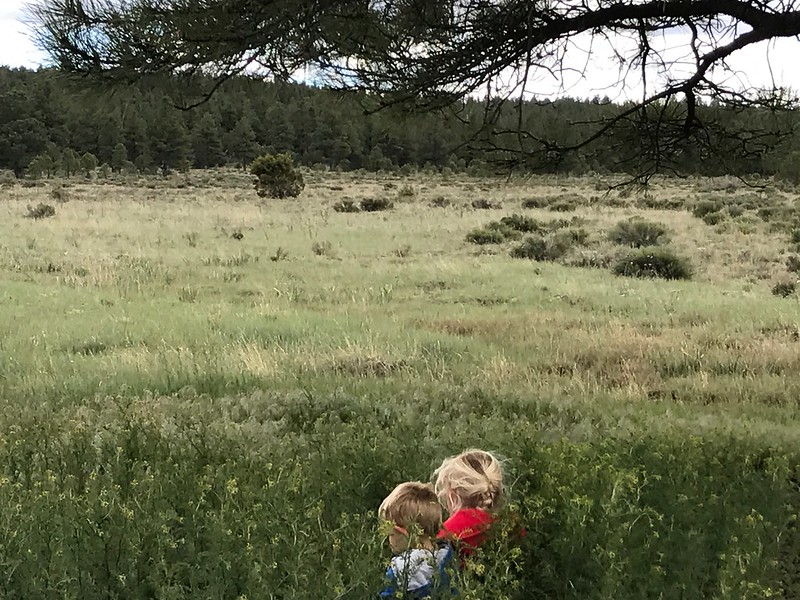 We woke up to snow.  It’s cold.  Let’s be clear – this is mid-May.  We have our best cold weather gear on.  Wasn’t expecting to make snowballs.

Explain to me again why more people don’t boondock?  If you have a generator and/or solar (i.e. a traveling capacity to make electricity) LEAVE THE CAMPGROUNDS IMMEDIATELY!  Don’t look back.  Trust me. 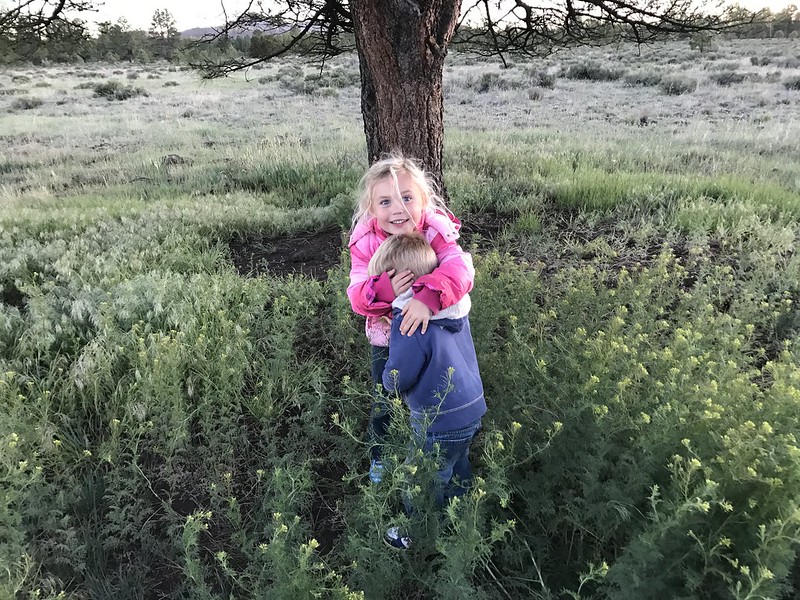 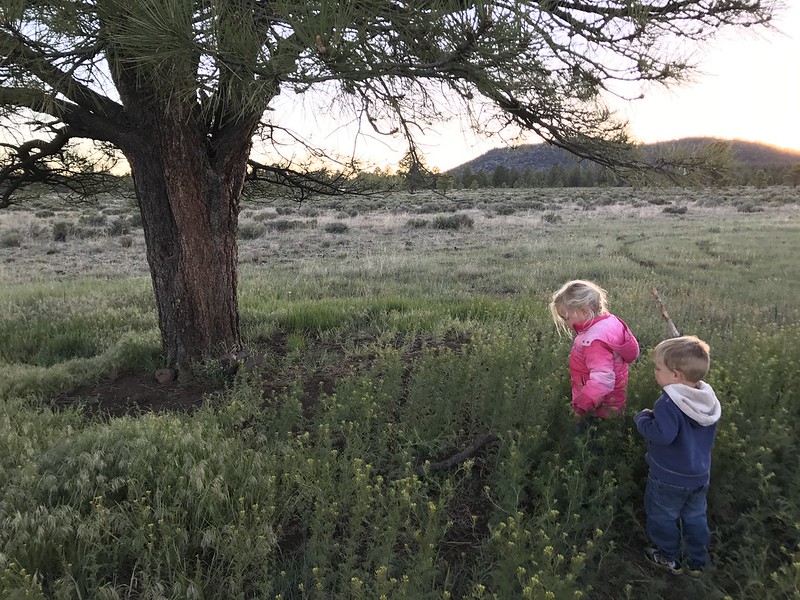 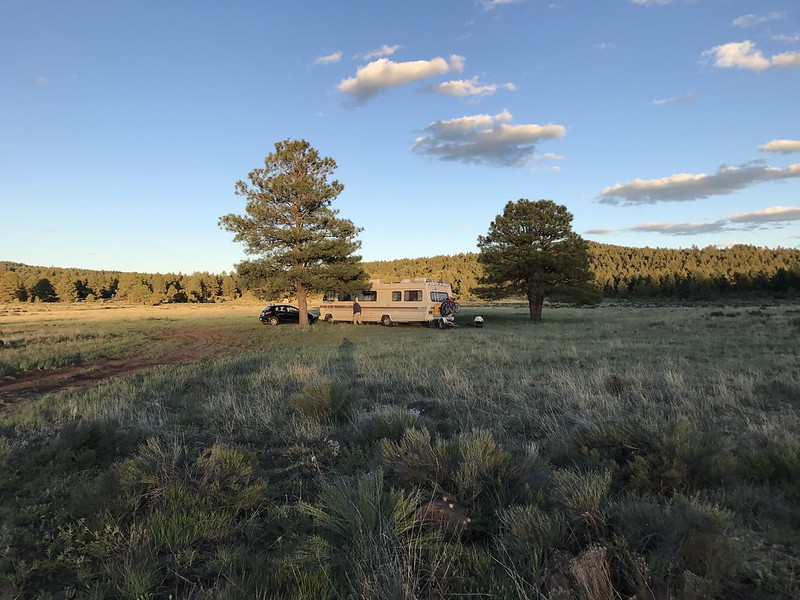 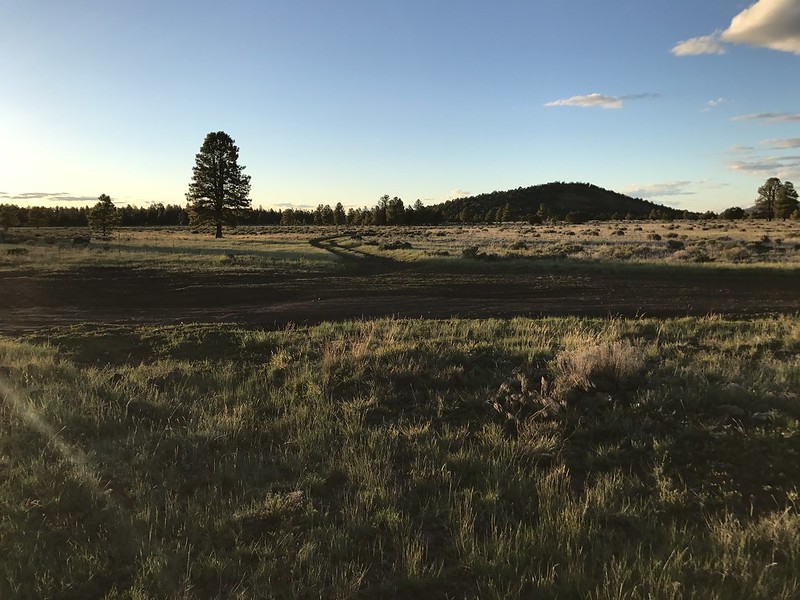 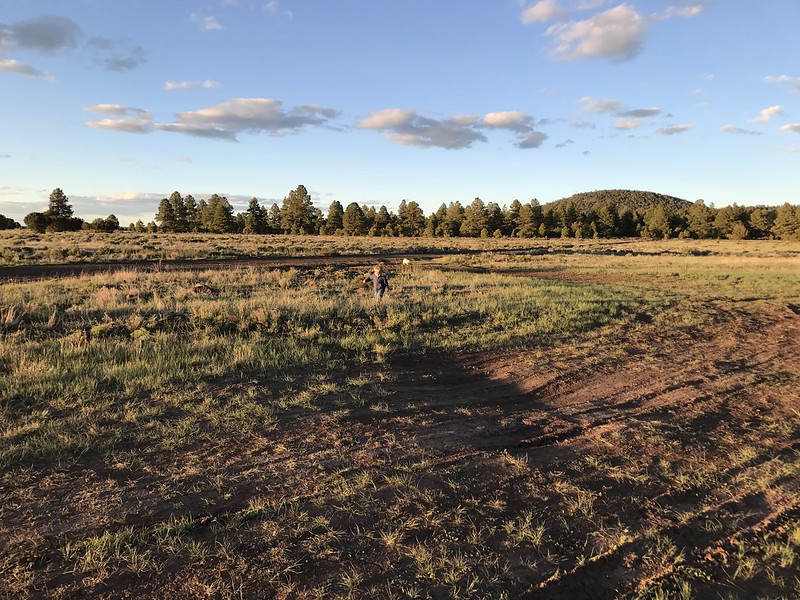 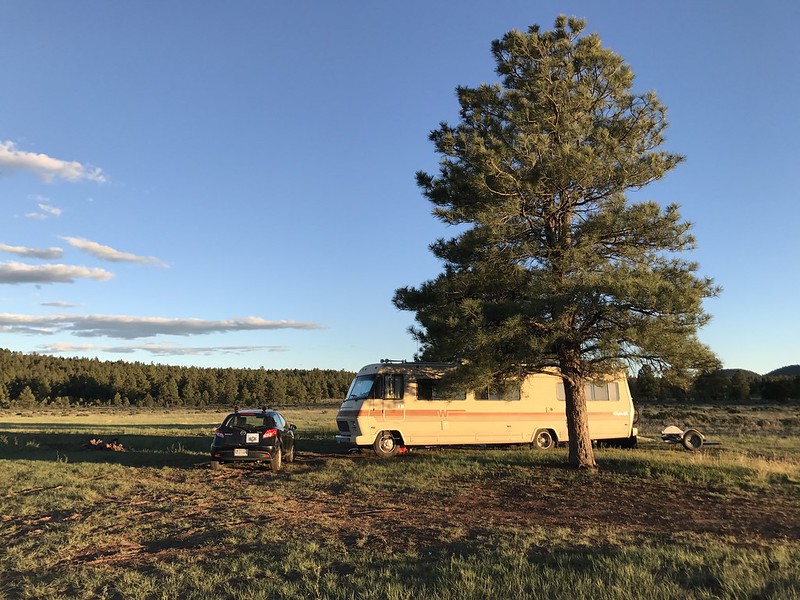 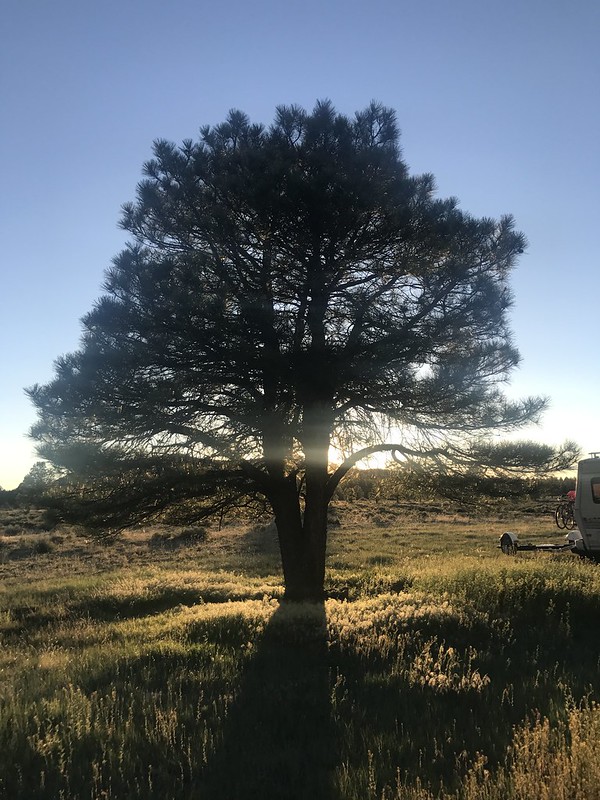 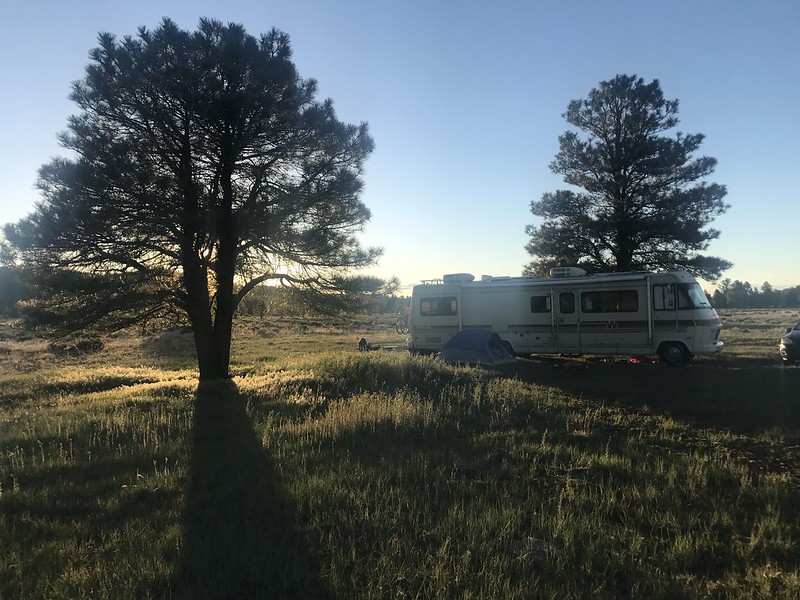 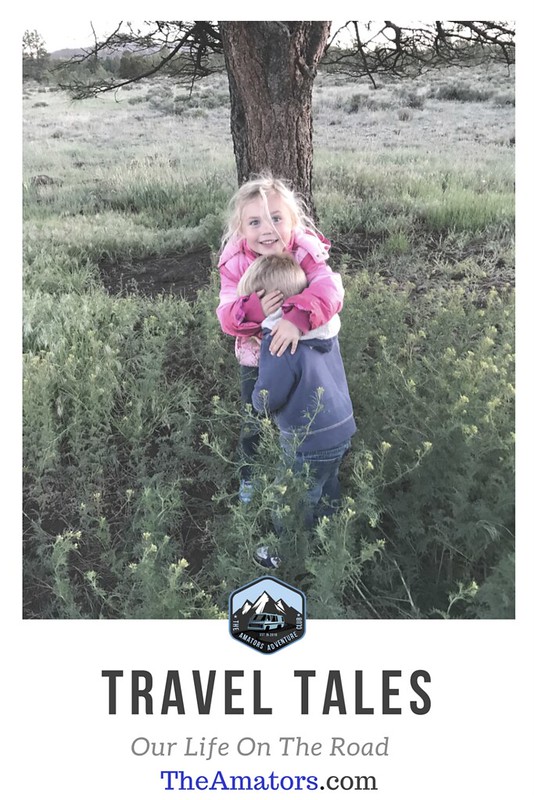 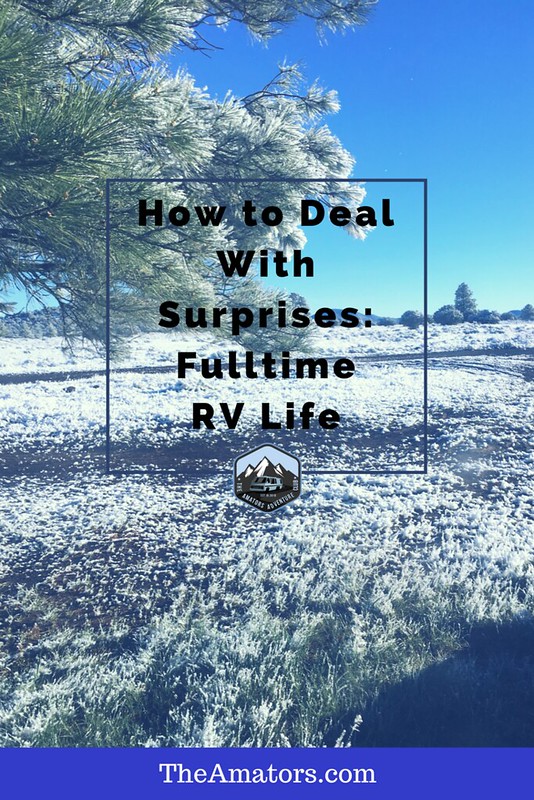 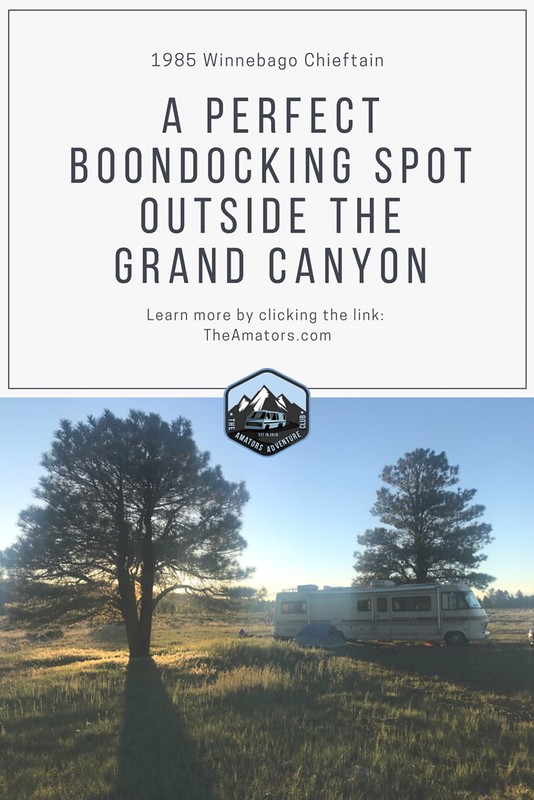 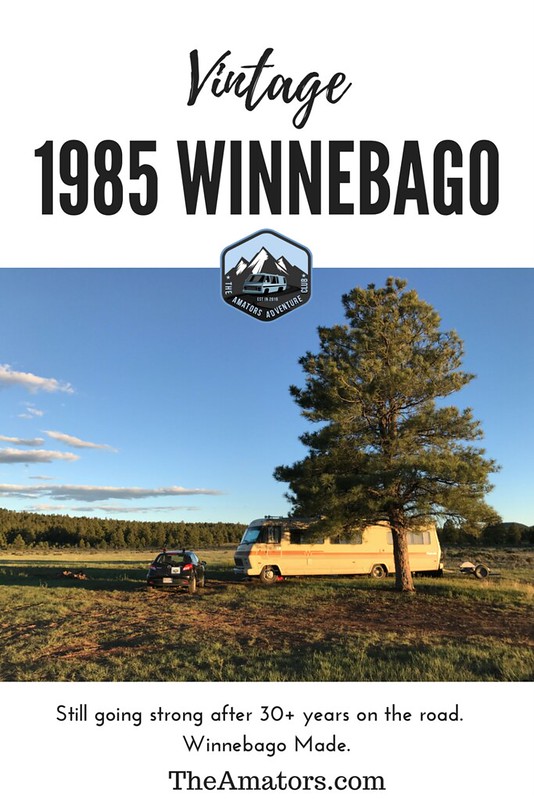 Just completed a year-long tour of the U.S. in this vintage class A motorhome. It was an outstanding home and well-loved under our care.  She's got a lot of life left in her. The Stats 33ft long Sleeps 7 comfortably Onan...

Here's what you don't want to hear, "He's peeing again, Mommy."  No good... just no good. There's good news and there's bad news.  The good news is that I've learned to trust my get when it comes to the RV....

We're an ocean family.  Mom wanted to dip her toes in the Pacific so we decided to take a day trip to Santa Cruz. We didn't know much about the place.  We headed off in that direction on a recommendation...