Answering The Number One Question We Get

Understandably, we field a lot of questions these days.  I get it, we’re weirdos.  No issue (and generally I get a kick out of them).  There’s one that comes up consistently in almost every conversation.  Based on my uncanny powers of deduction, people are interested in how we’ve solved this piece of the puzzle.  I’ll say up front, this topic is boring to me.  But it’s also critical to our well-being and one of the only major expenses we have each month.

What are you going to do about health insurance?

My entire adult life I haven’t paid much attention to health insurance. I picked a plan through work when I was 22 and that’s what I’ve had.  When we got married, I added Scott.  When we had the kids, I added them.  Since doing my initial analysis (which was minimal at best), I haven’t looked back.

Thankfully we’re all currently healthy (thank you – knock on wood – salt over the shoulder – etc).  We never really use insurance.  The one time I had to use it, the process was so odd (emergency gallbladder surgery in Bogota, Colombia while 11 weeks pregnant) I still don’t have a good handle on how good or bad my policy was.

Scott does most of his stuff from the VA.  Evie and Jack see a hippie doc in Maine who doesn’t accept insurance.  I dig it – piss off insurance/big pharma.

So, what did we do?  We went the non-traditional route.  Shocker, right?!

I looked at keeping my old insurance with COBRA for 18 months.  But holy smokes that option is super expensive.  To the tune of almost $2k a month.  That’s $24k a year plus there’s a high deductible.  Ah, that’s like 3/4 of our new yearly income.  I’m getting a crash course on what the entire country has been talking about lately.

I went to healthcare.gov and did the application process.  Since we have no idea how much money we’ll be making this year, I wanted to stay away from taking subsidies.  That puts insurance in the $900+/month range for us.  That’s paying $10k a year for a deductible of $15k.  I would have to pay minimum $25k before insurance starts working for me.  Huh. Unsatisfactory.

I checked out our state marketplace. Better (I think), but still not great. I should mention that comparing plans is also not straightforward.

I didn’t think there were alternatives to healthcare.  But I started reading RV and boating forums to see what expats and modern nomads use.  That’s how I came to find something I never would have looked at otherwise – health sharing ministries. (Yes, I said Ministries!)

It turns out, members have a religious exemption from the mandatory Obamacare tax.

What it is briefly:

Members do not have insurance.

For a family of 4, we’re paying $450/month.  Our family deductible is $1500/year.  We have up to $1M in coverage per incident.  These numbers are more reasonable to us (and, quite frankly, what I had hoped for from the federal and state insurance market places).

Are we Christian “enough”?

There are some quirks. (Of course, there are.)  You have to be Christian.

Scott is baptized.  That’s a good start.  (But we just found out from DNA testing he’s 7% Jewish so… he may get us kicked out {kidding}?!)

As for me, I’ll admit that I wouldn’t necessary self-identify as Christian all the time.  (Likewise, I don’t identify as any other religion.)  I consider myself spiritual, not religious. However, I sat down and thought about my interactions with Christianity and I believe there is an argument to be made for my being “Christian-lite”.

All incredible experiences, all highly recommended.

I have a tangible connection to the religion.  I think (hope) this counts although I admit I didn’t specifically ask the lady on the phone because… just in case.

More importantly, I did some checking and we actually live by all the religious rules.  I’m talking about the big ones – the common sense ones.  We don’t do anything that a strict observer would consider unacceptable (i.e. no drugs, no drunken stupors, if we had an oops – we’d have a baby, etc).

What else?  They won’t cover anything they consider to be against Christianity.  The rules are fairly clear.  There are some major hot button issues that you can guess.  I read one review where a guy got into a major car accident.  The police confirmed he was well over the legal limit (alcohol).  The ministry wouldn’t cover any of his expenses because he wasn’t living in accordance with religious principals.  (If you’re drinking and driving, you deserve to pay for whatever you cause.  I have zero-tolerance for that crap.)

Overall, people seem quite happy with this form of non-insurance.  It’s big in the RV and world travel communities.  One of the major benefits is that there is no “network” so you can see whomever you choose, however you choose.  The kids can still see their hippie doctor (but now their visits count against our ‘deductible’).  If I get sick in Malaysia, my care is covered.  It’s flexible and it travels with us.

Anyway, that’s what we’re doing.  I’m happy to talk more about it.  Hit me up if you’re interested.  Our coverage starts on 01 Sept so I don’t have any real-world data yet.  I’m going to continue educating myself on it and reading reviews.  In the meantime, I’m also going to try to read the Bible… just in case there’s a pop quiz. 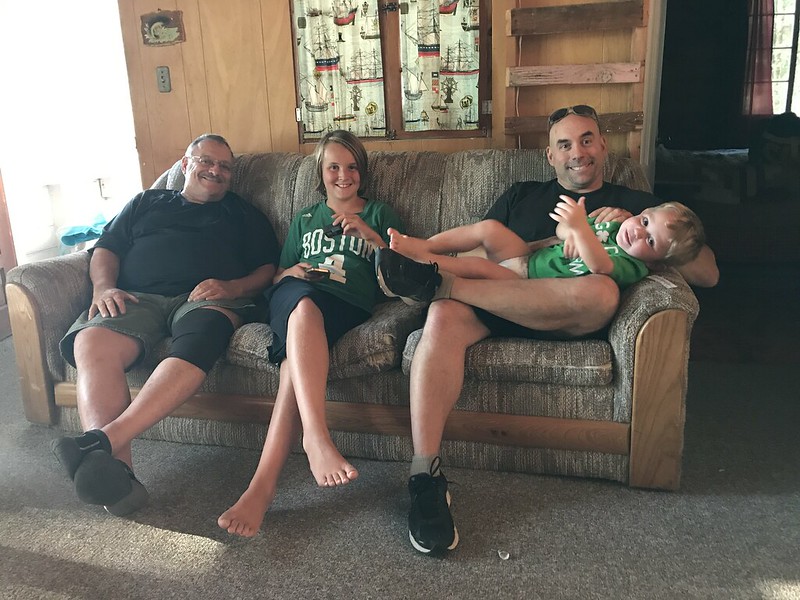 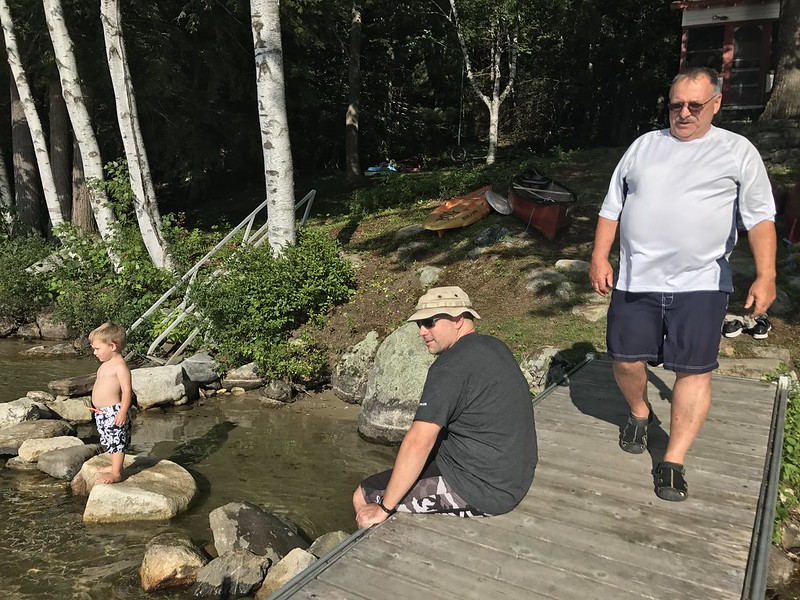 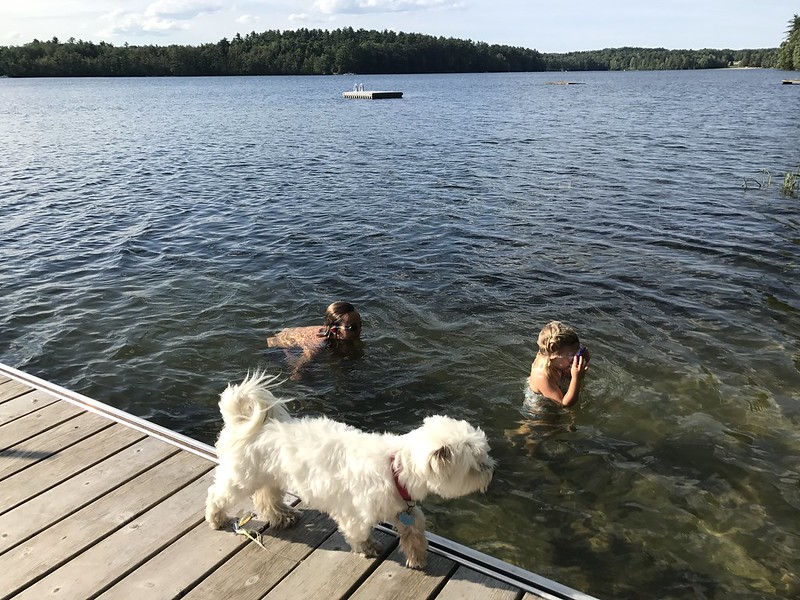 Making the playhouse 2.0.  We saved the big boxes from our move home from Bogota.  We’re finally getting around to turning them into something useful. 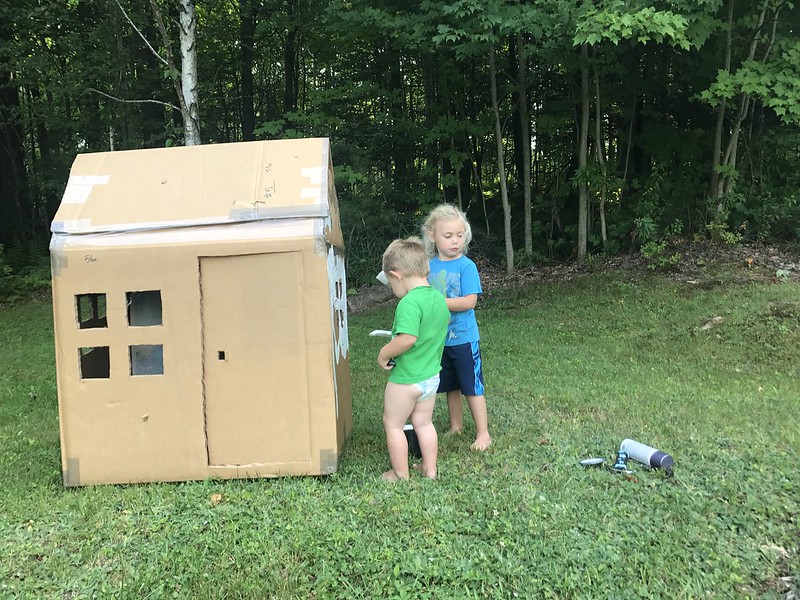 Weather-proof paint to help it last a bit. 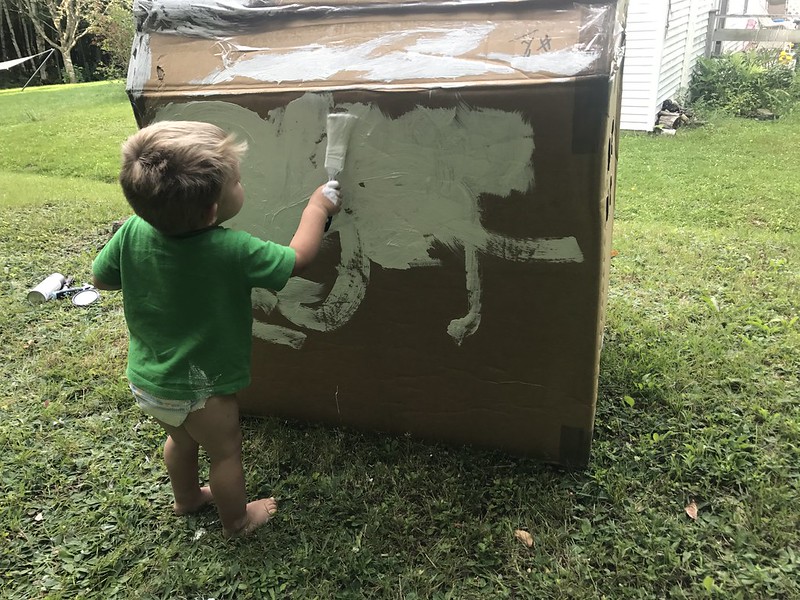 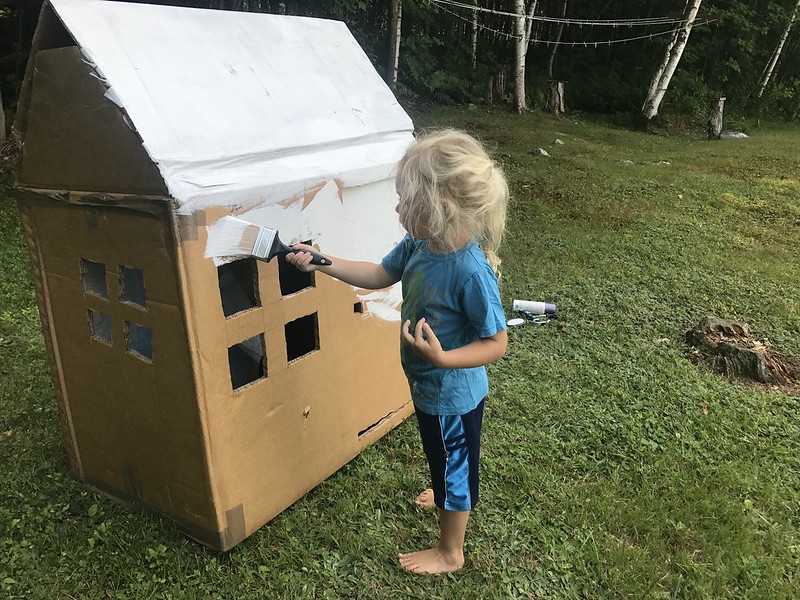 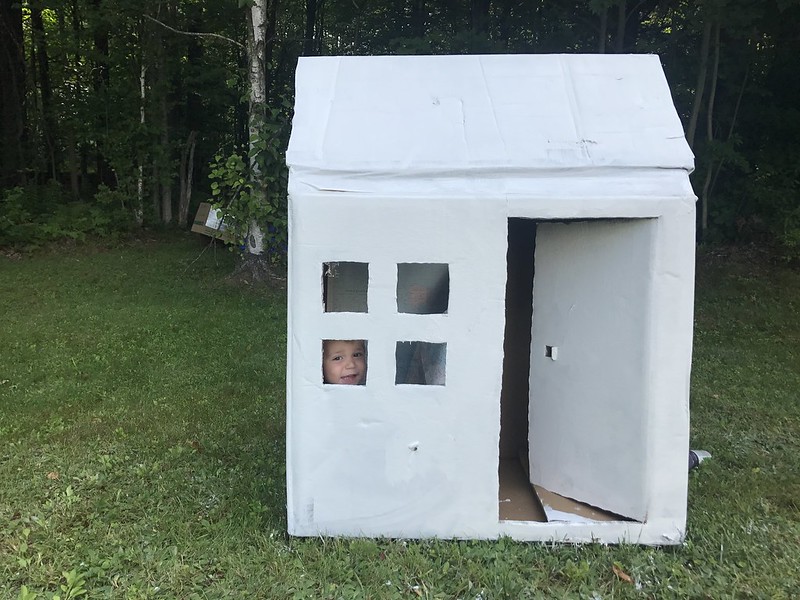 We're within days of reaching home so I was waxing philosophic about our year.  Specifically, I've been having fun reliving the challenges we've had. We had engine trouble (that time when the alternator died and I thought we were going to,...

Finally crossed the border from AZ into NM.  We were ahead of a nasty storm and trying to get to a decent hunker down spot before possible snow fell.  Which, by the way, I'm gonna throw the flag on snow...