What do you do in Maine just before the 4th of July?  Go strawberry picking.  After having been in California, I get that this may not seem as exciting to our west coast brothers and sisters.  Out there fruit seems to be perpetually available – ripe and delicious (although… like everything else in California… not always cheap).  In Maine, strawberries are a rare delight that lasts a week, 2 max.  It’s an event.  People talk about the status of the crop.  The fields draw crowds.  There are festivals. 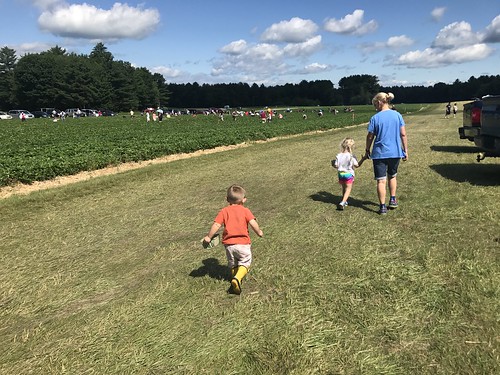 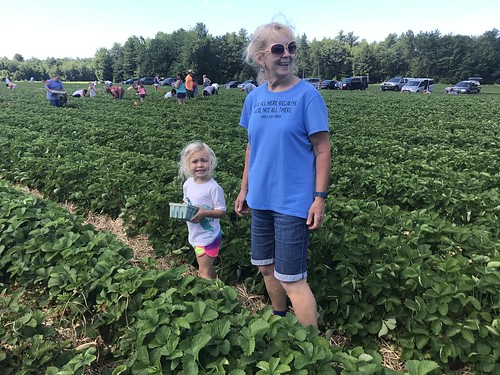 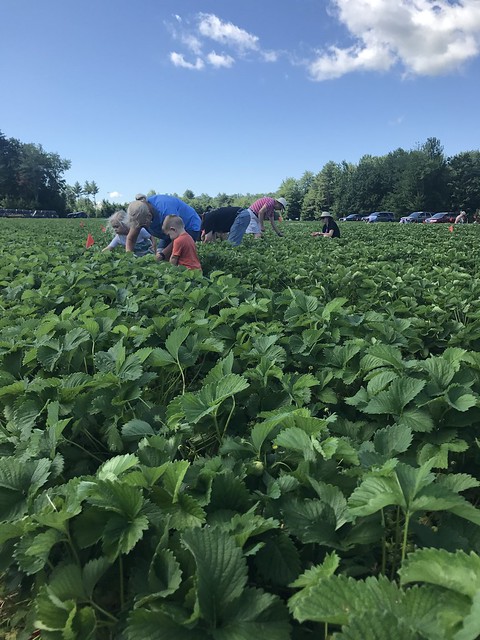 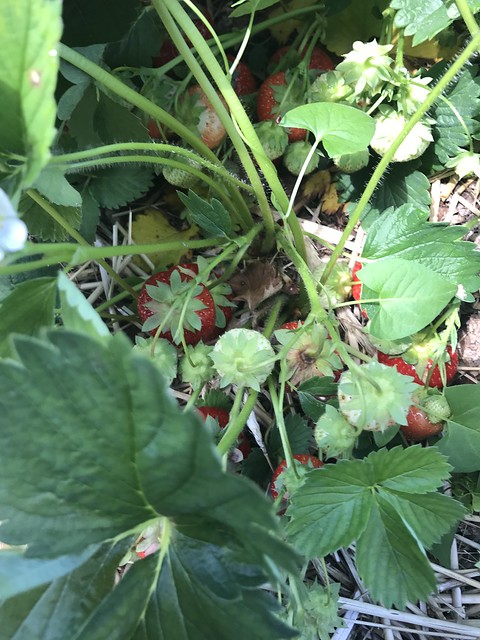 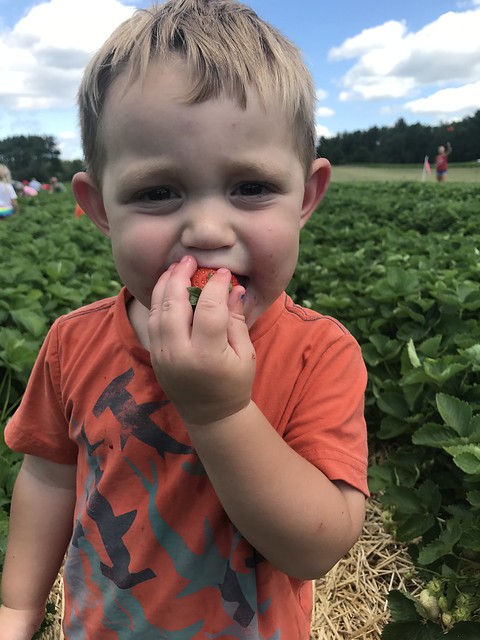 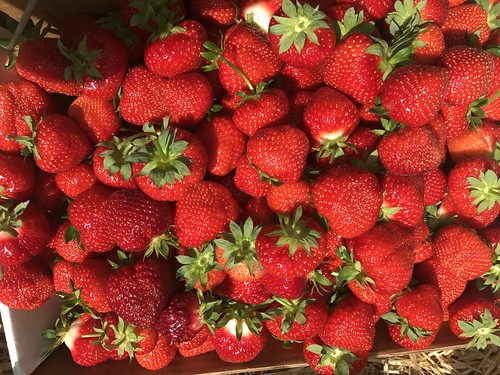 For the record, this year was a great year.  The berries were big and juicy and sweet.  We’ve been eating strawberries for days now.

Every year we go to the local parade.  The last few years, M and Syd have even entered it on their golf cart.  Evie scored an invite to join them.  She hopped on and threw candy like a champ.  The parade lasts all of a half mile.  There are at least 3 or 4 miles of fire engines and horses and bands.

Meanwhile, Jack took charge of collecting candy for both of them.  He also decided to try to grab a scrap of paper just as a 12 foot tire was in front of him.  The crowd gasped.  Scott swooped in.  There were loud sighs of relief.  Jack was kept on a short leash after that. 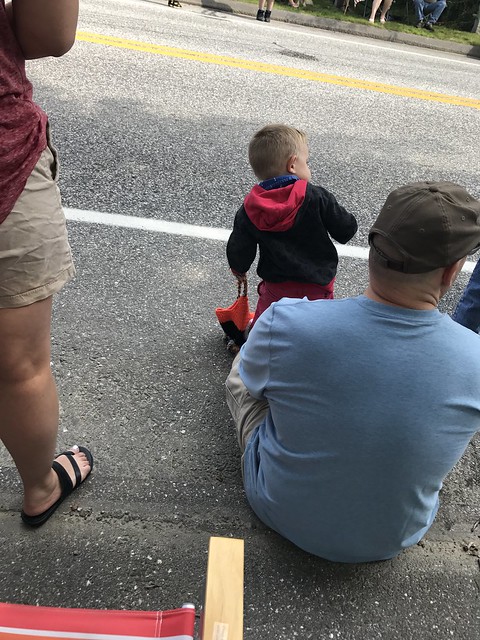 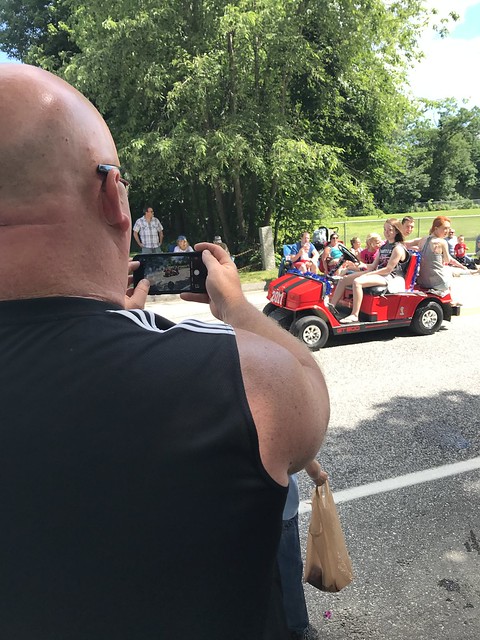 Then we went straight to Pink Camp to decorate and get ready for the afternoon boat parade.  I captured a rare photo of the kids with Auntie Kerry.  I’ll catch heck for posting it but I’m willing to accept the consequences.  They adore her. 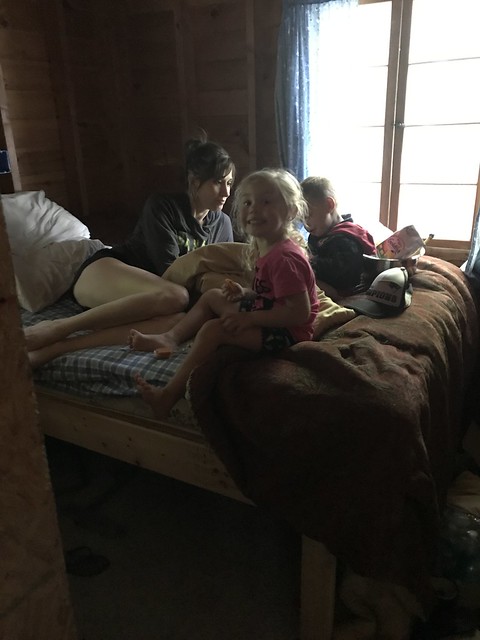 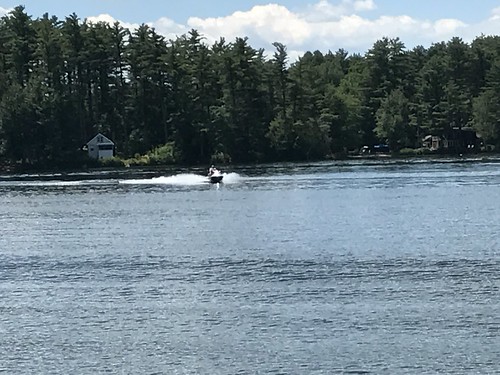 Evie and Jack’s first time on one of Uncle Todd’s toys.  To no one’s surprise, Evie loves speed.  So does Jack.  I even got a tube with them. 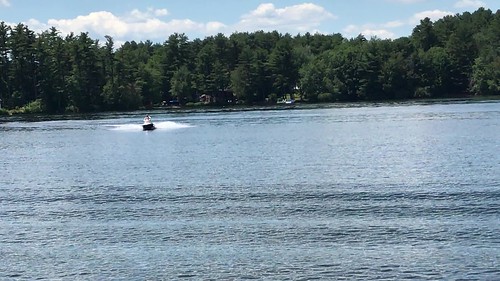 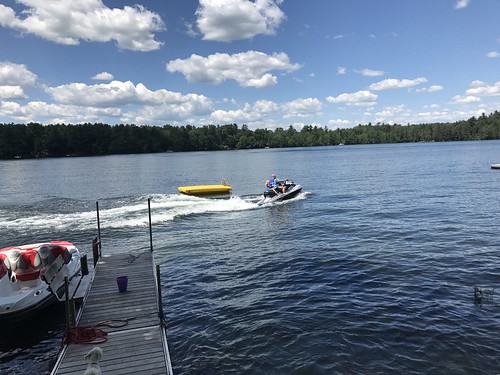 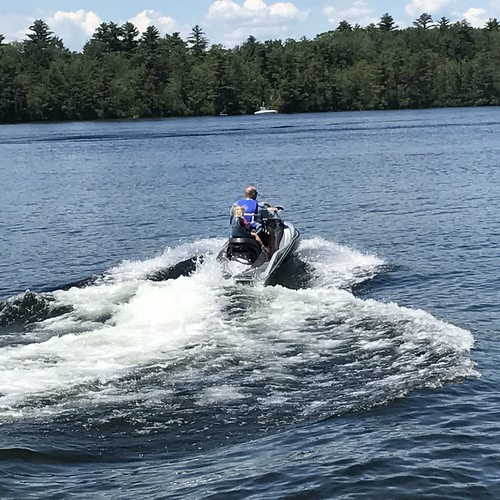 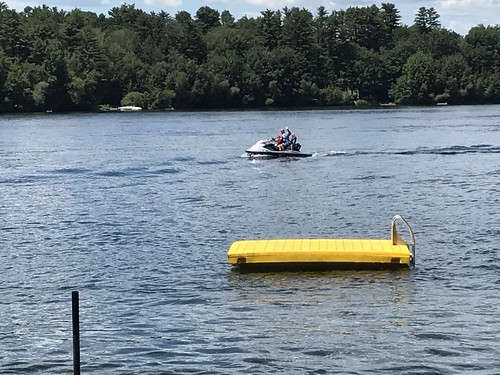 And ice cream… because, of course. 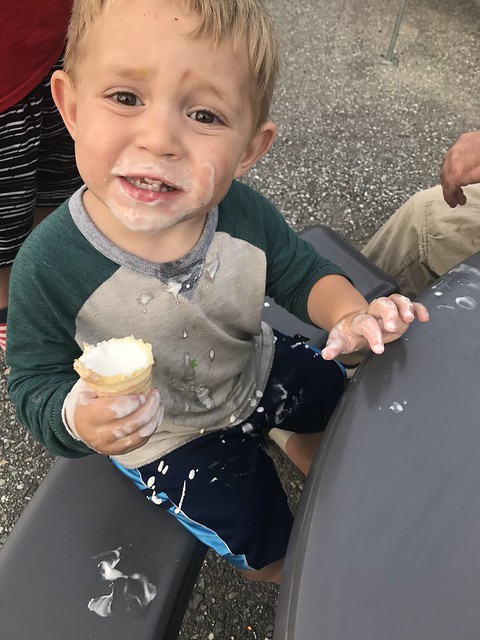