You want to know what the note said, right?!  I know… I was dying to know too.

Scott promised I could look at it on Tuesday morning before we left.  Then he literally tried to drive away from the site before I could get over there.  Granted, he was distracted by the downpour and a serious time crunch for an important meeting but still…. come on, man.  I talked about that note for over 5 days.  Throw me a bone.

I jumped out and ran across the field in my flip flops and, no kidding, purple gloves.   In D.A.R.E. they were very specific – if you touch LSD, it gets in you.  I wasn’t taking any chances.

It was an affair gone bad.  She thinks she’s lost her lover forever… going so far as to sneak down to the corner store to try to call him but he didn’t answer.  She still loves him.

My only lingering concern is that I might have star-crossed them.  If dude goes to pick up the note, it’ll be hard to read because it’s WET.  If she checks it, she’s going to think he read it and put it back on the tree.  Whatever… don’t tack notes to trees if you don’t want other people to know your business.  That’s why encryption exists.

Final loose end – I still have no idea what the arrow was about.  It wasn’t a note.  It wasn’t even made of paper.  No idea.

We’ll be going back to the area once more before leaving Texas.  You know I’m going back to check on the note one more time.  I’ll let ya know what I find. 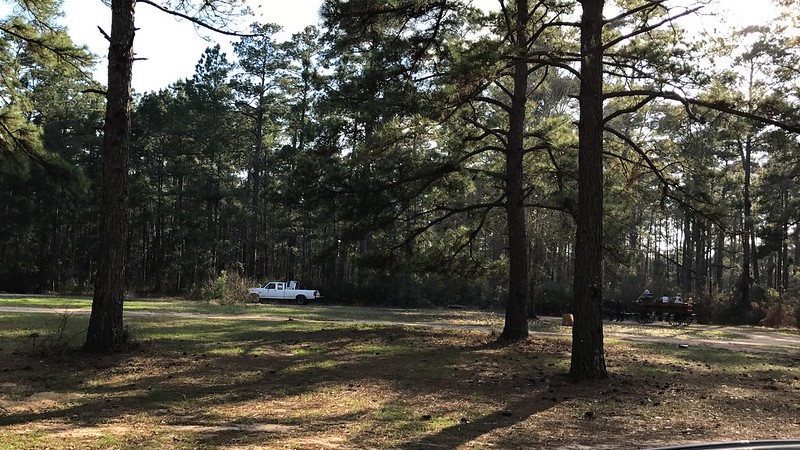 What do you do in Maine just before the 4th of July?  Go strawberry picking.  After having been in California, I get that this may not seem as exciting to our west coast brothers and sisters.  Out there fruit seems...

Nothing feels better than being on the road again.  We fire up YouTube and played Willie on repeat.  Everyone is excited. We woke up in Boron, CA.  Here's my campendium review of the campground.  It was $14 a night with Passport...

DISCLAIMER: I may make a commission from some of the links on this page. Despite multiple trips to garages across the country, the rear air suspension still has a leak.  We wake up to a lopsided RV every morning.  We've...