Me to Mom (as we’re driving down the highway), “Mom, could you plug my phone in?  I want to have enough battery to take a video of this.”  Mom, “Sure. Ok.  Plugged in.  How do I know it’s charging?”  Me, “Look for a lightening bolt over the battery in the upper right corner.”  Mom, “I don’t see anything….  Nothing….  Nope… there’s nothing here.  There is no lightening bolt.  There is no battery.  What’s wrong with this stupid thing.”  Evie, “You can’t say ‘stupid’.”  Me, “Mom, that’s the back of the phone.  You have a look at the screen.”  She’s not destined to be a cell phone user.  I…. give…. up.  Enjoy your flip phone.  When it dies, it’s irreplaceable.

Somewhere out there on a lonely stretch of Rt 285 in Nowhere, New Mexico, a bird caught the side of my eye.  Me to Mom, “What is that?  A bird?”  Mom, “No…..{pause}”  Me, “A UAV?  A drone?”  Mom, “No…..{pause}”  Suddenly a gasp and quick breathing from quasi-Navigator,  “It’s a stealth!  Look… Look! It looks like a stealth!”  I know it was big and black and moved in fast, non-passenger-plane kind of ways.  It was also obvious that it was man-made so no worries on the UFO front.  I’m suspicious it was a top secret air craft buzzing the ground… but I’ve seen Top Gun too.  You never know.

Two and half maybe three hours later, in a little town called Tijera, we got a real experience treat.  We made music on an asphaltophone.  No, I didn’t just make up that word. It’s a real thing.

From Wikipedia:  A musical road/asphaltophone is a road, or part of a road, which when driven over causes a tactile vibration and audible rumbling transmitted through the wheels into the car body in the form of a musical tune.

Musical roads are known to exist in six countries: Denmark, Japan, South Korea, the United States of America, China and San Marino.  That last one is a new one for me – no idea where it is on a globe.

The one in New Mexico is on Route 66 and plays America the Beautiful.  Nicely done.

First we tried it in the Chief.  No joy.  It’s likely there were several problems.  First, I didn’t know when it started so I didn’t place the tires correctly.  Second, the Chief is so loud, we had zero chance of hearing any “music” from the tires.  Don’t get me wrong, they “music” all the time… but we wanted to hear the tune.

I pulled over, dropped the car on the side of the road, unloaded it and we took off again.  All told we drove over the musical road 3 or 4 times.  We nailed it in the car.  If anyone was watching we must have looked like real nuts…. driving the same mile stretch over and over and over.  That’s ok.  Not the first time, won’t be the last time.

Here’s the stellar photography of Mom.  I asked her to grab a picture of the sign.  Ummm.. add cameras to the list of “technology that challenges”?!?!  😉 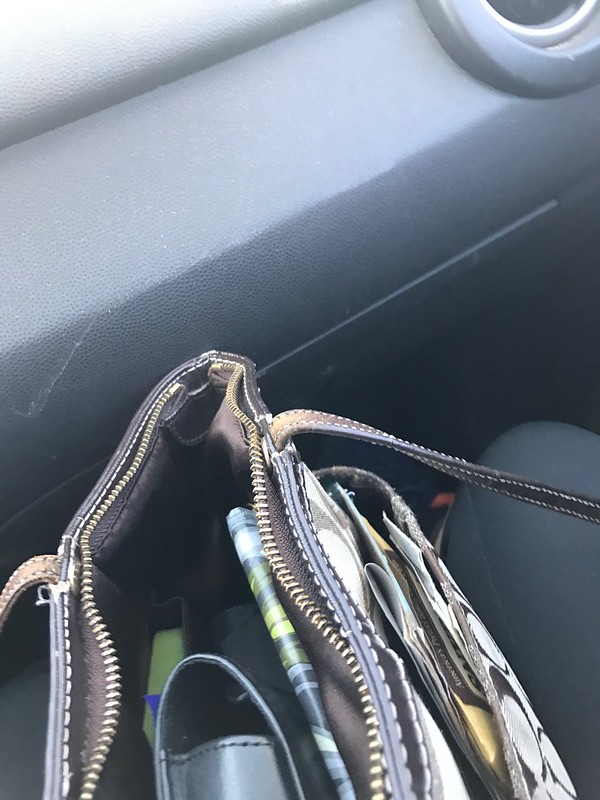 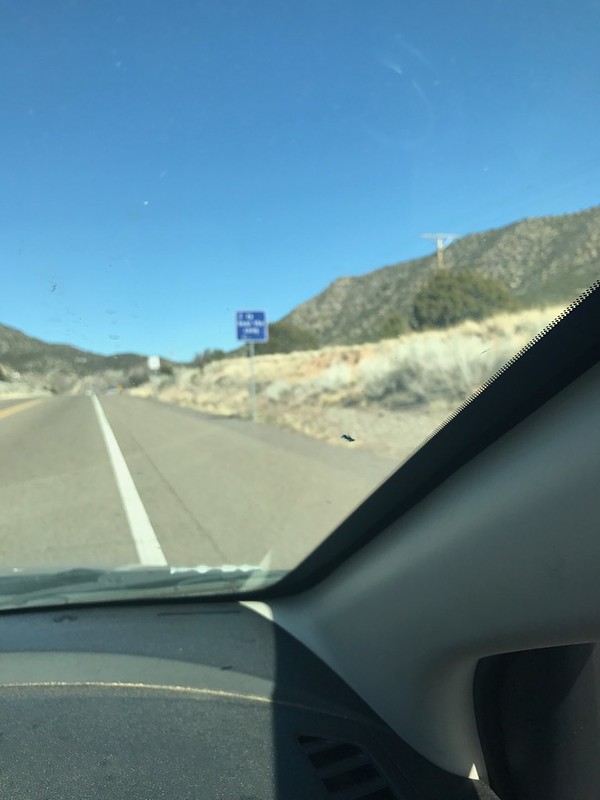 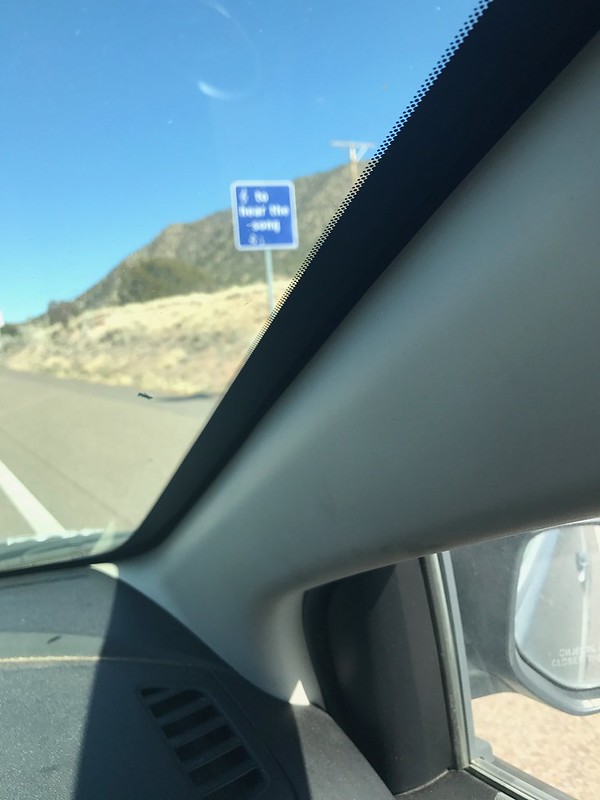 Here’s what the music looks like in the road…. nothing more than a barely visible rumble strip.  (photo credit:  me… while driving the RV) 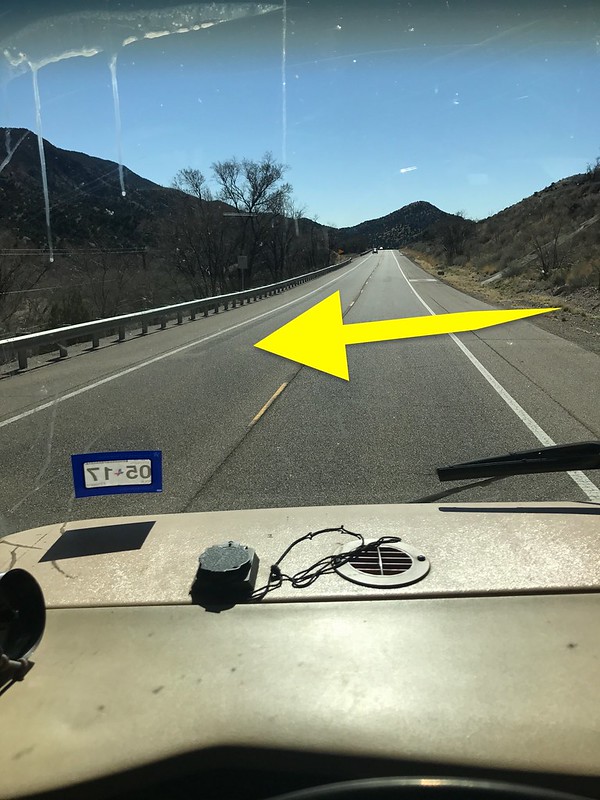 We have a video.  It’s pretty funny.  I’m too tired and too busy to figure out how to put it on our YouTube channel.  At best you’ll see it on Facebook… and that’s a stretch.  Once Scott gets back, then it’ll be uploaded somewhere.

We have a rock hound in our midst. It might be my fault. Rocks are just so cool. That's how we found Petoskey State Park. Ev took whatever interest I showed and 10x'ed it. The good homeschooling advice says something...