Daily LifeoddPicturesThe Story of Us

Exactly what is to be expected from an alien abduction? “Subjectively real memories of being taken secretly against one’s will by apparently nonhuman entities and subjected to complex physical and psychological procedures.”  (Appelle, Stuart. “The Abduction Experience: A Critical Evaluation of Theory and Evidence”. Journal of UFO Studies, n.s. 6, 1995/96, pp. 29–78)  It lost me at “subjectively real”.  What the hell does that mean?!

The best part of Roswell so far were the free rubber balls the kids got at the trinket store.  I had high expectations for this place to be a level 10 cheese trap… but it’s surprisingly light on the bells and whistles.  If the only thing you’re known for around the world is aliens and I’m in charge of PR, you can bet I’d have aliens hiding behind bushes around the town greeting people in Klingon. Not so, here.

Last night I planned a short hop from Carlsbad to Roswell to keep things easy.  It was either a short driving day or a Big Gulp of whisky after the 50 mph winds the day before.  It was supposed to be about 75 minutes (Google time – so double it for the Chief).  With a quick dump stop using my new ultra deluxe, most-expensive-one-at-Camping-World hose (did I mention I had a hose malfunction and bathed in grey water a few days ago – super super icky) and a stop at the gasoline buffet ($98) we were more like 3 hours.  Easy day.

I set us up in the most welcoming Walmart parking lot we’ve encountered.  There are signs indicating where RVs should park.  It was 4-ish by the time we struck out to find some aliens.  What we found was in-line with what we wanted… just a lot less of it. 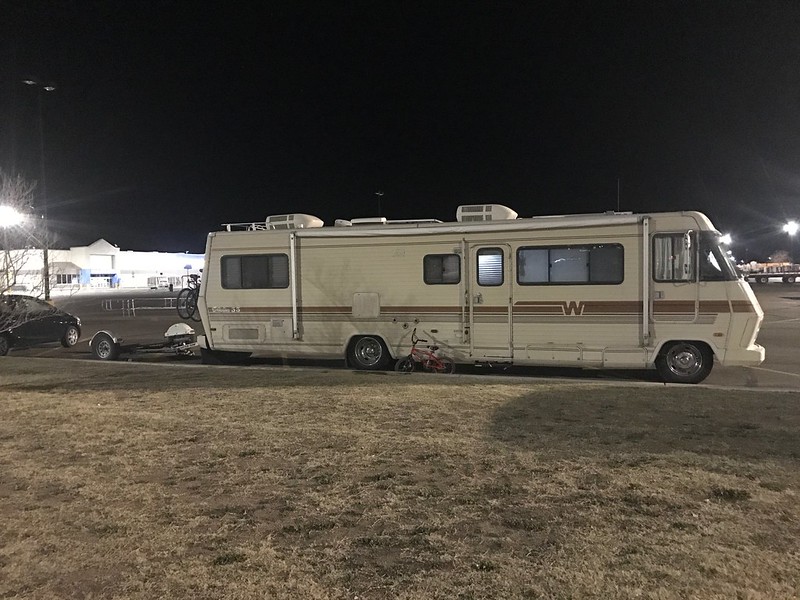 I splurged on the $2 black light odyssey in the back of a weird little store near the “International UFO Museum”.  We weren’t able to tour the real McCoy because it closed so this had to do.  It was 60s trippy.  I liked it.

My only regret is that we don’t have Nate with us for this leg.  No one could appreciate a bona fide UFO museum and international research center like him.  Next time, Nate.  In the meantime, Evie has been put on notice to watch for any alien business.  She’s taking her responsibility very seriously.  Grandmom even thinks she may have had an encounter…. she woke up in the middle of the night when we were boondocking in Carlsbad to see all the far-off city lights “shimmering”.  I don’t know… I call that the mysterious…. ‘atmosphere’.  But she’s not convinced.  Ask her about it. 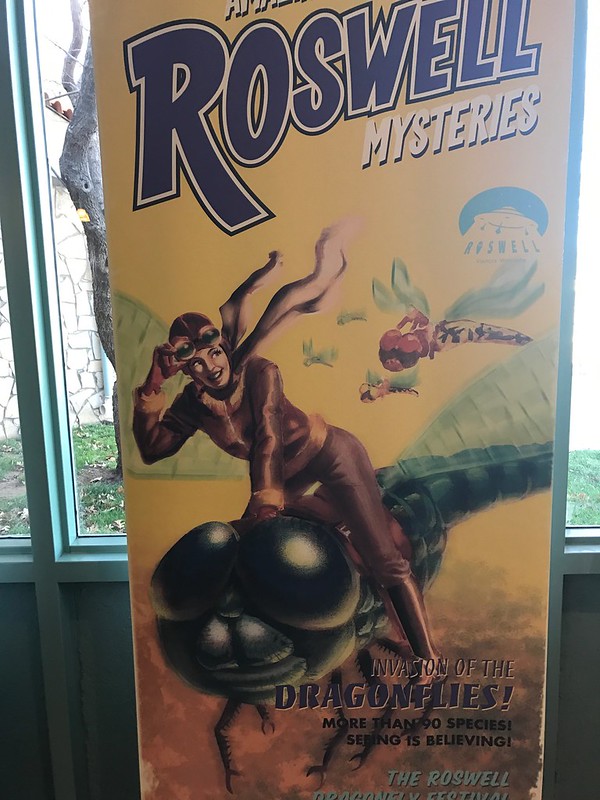 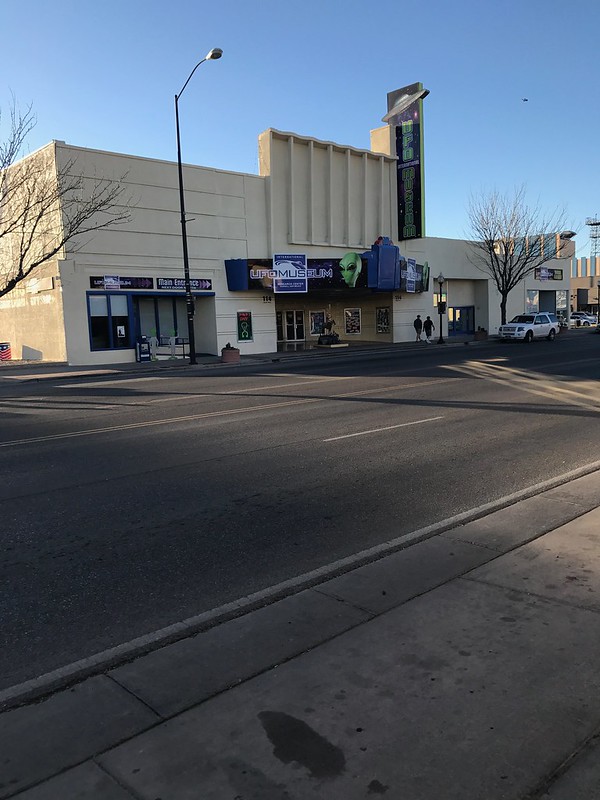 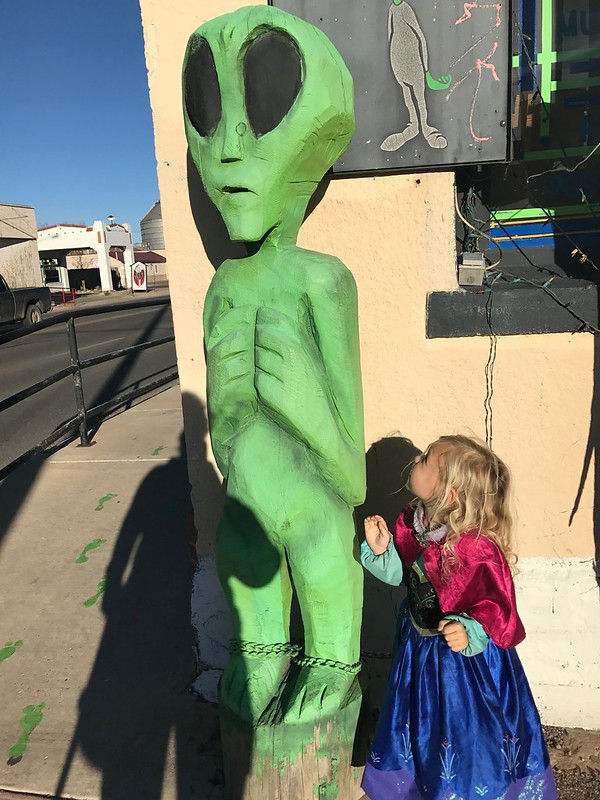 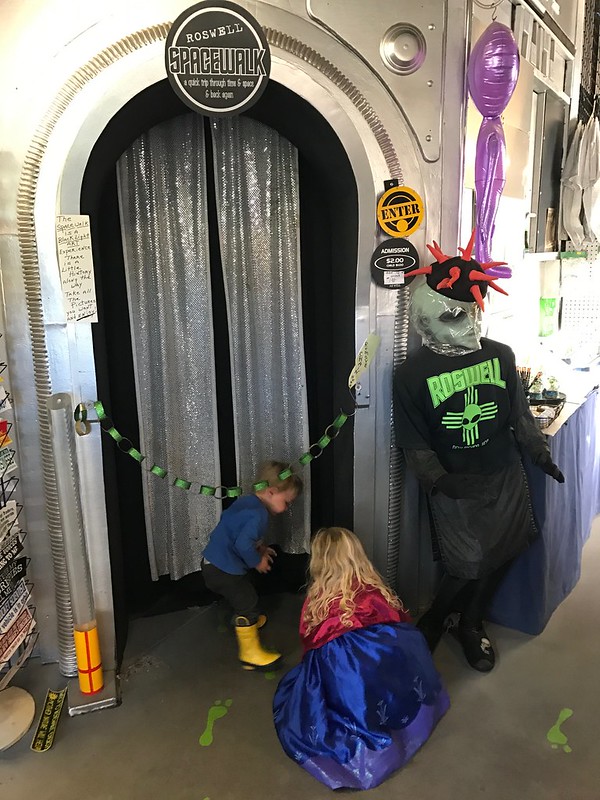 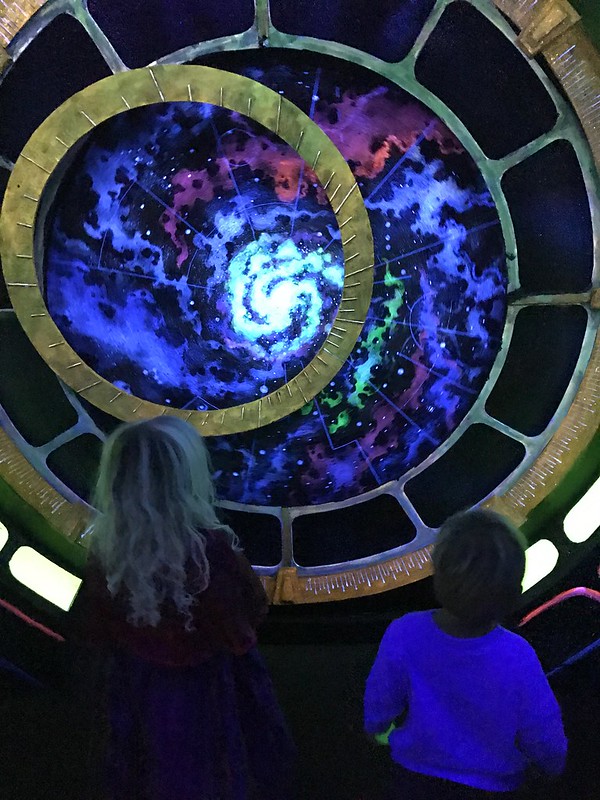 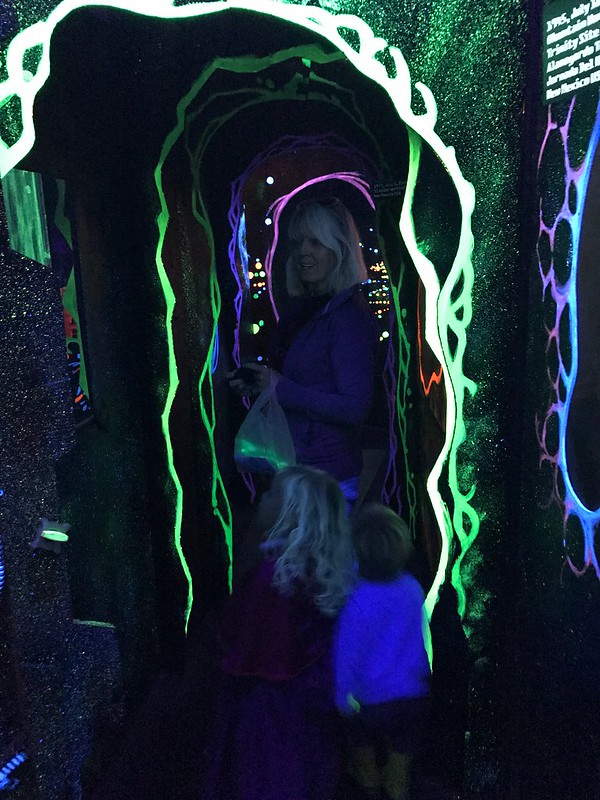 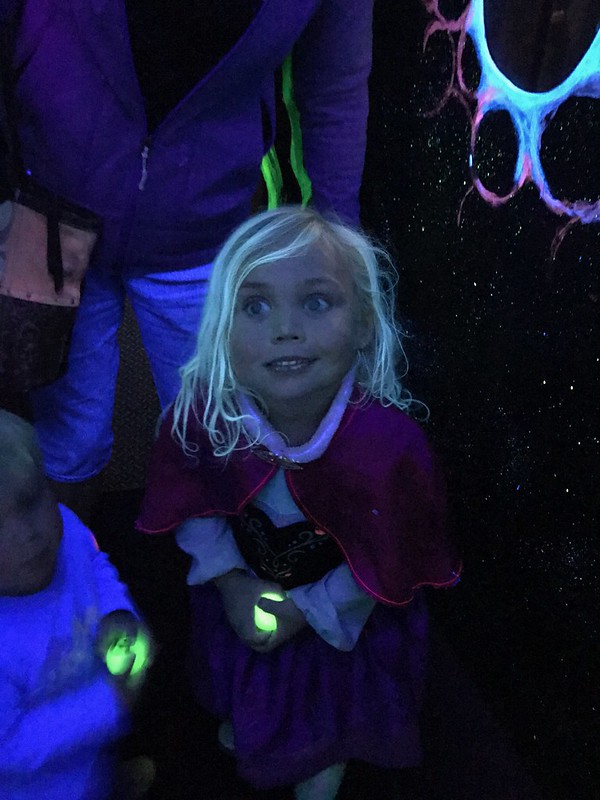 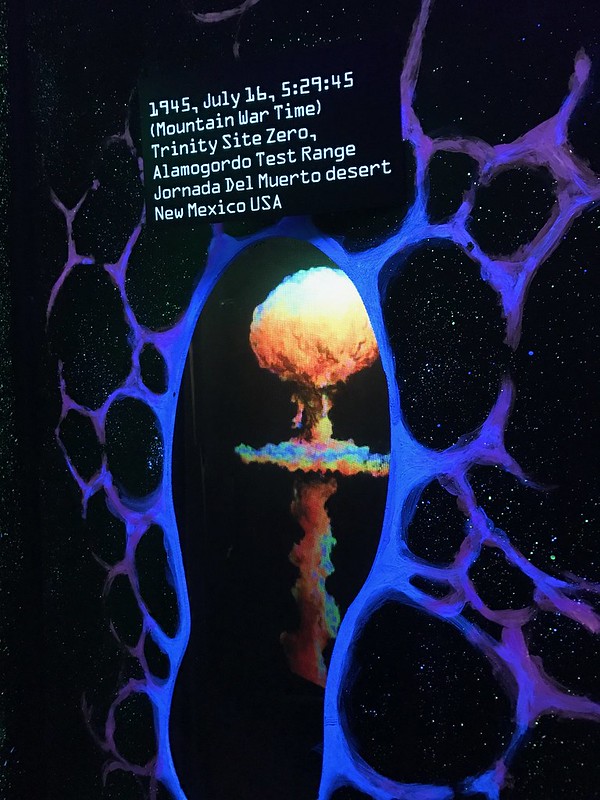 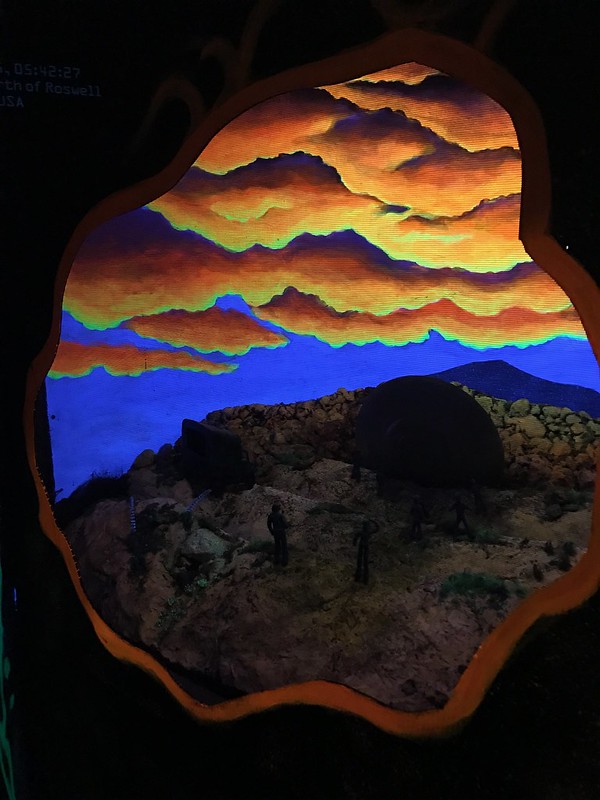 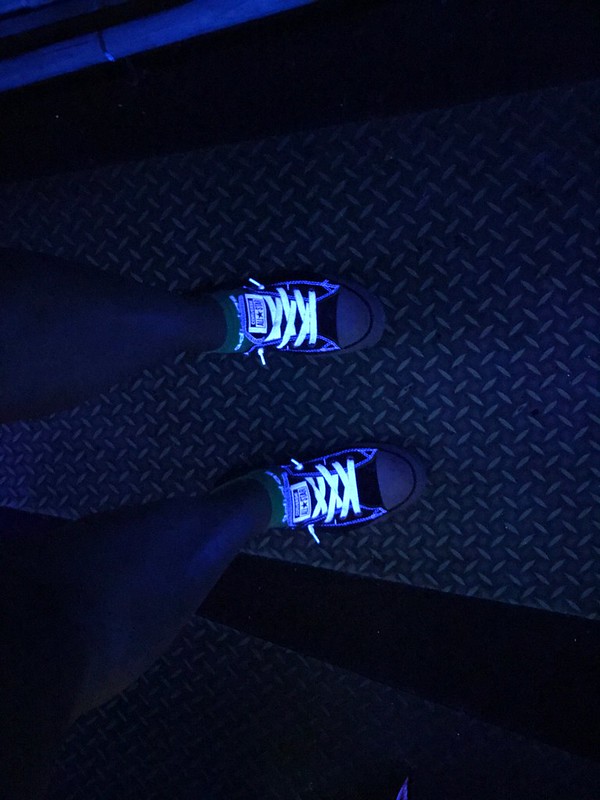 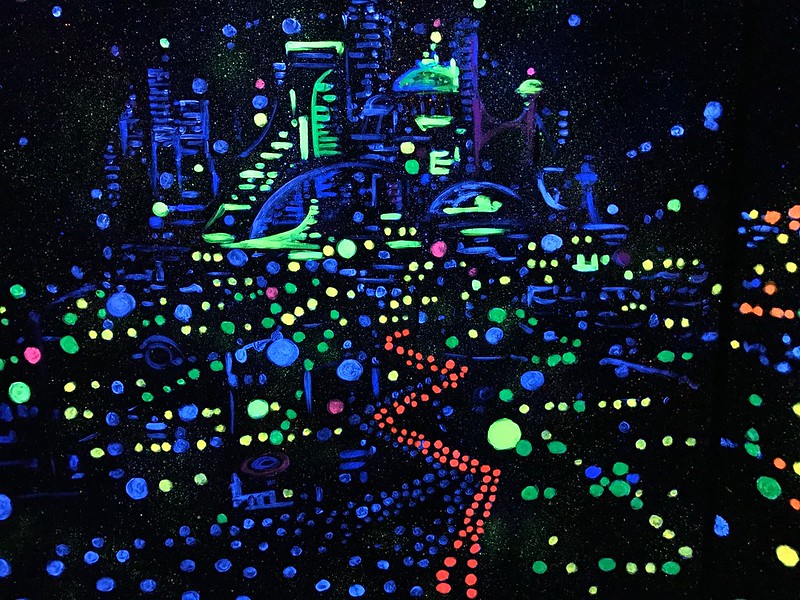 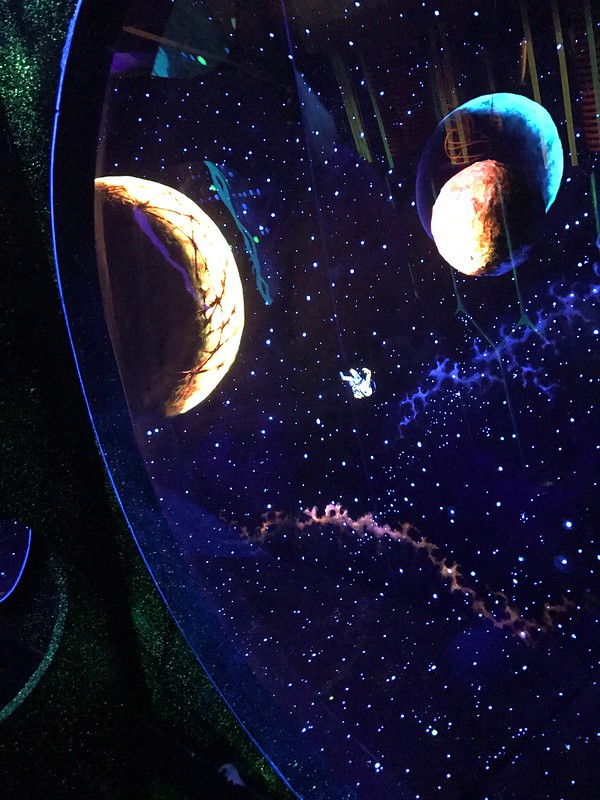 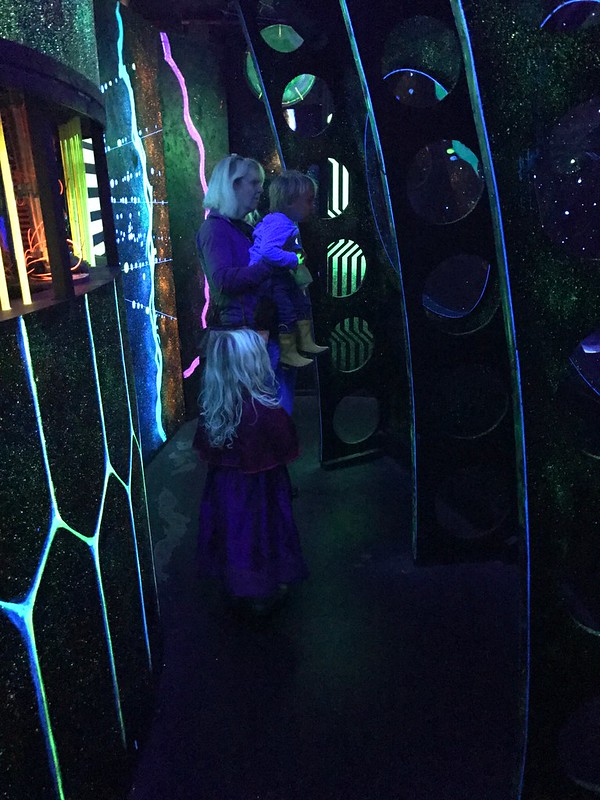 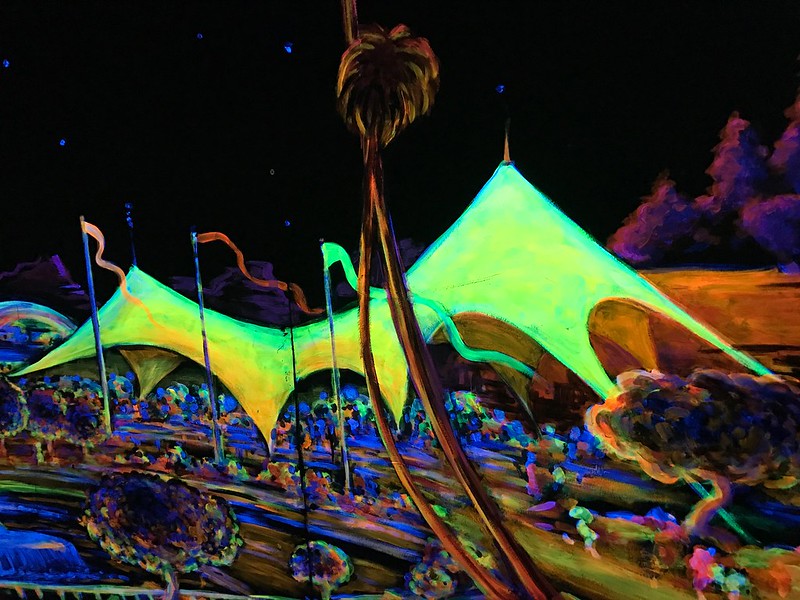 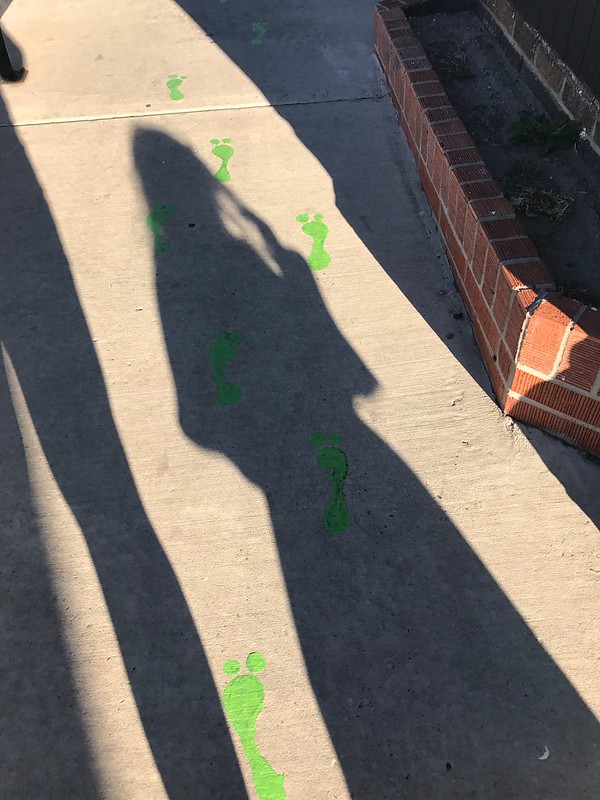 Jack has a thing going on with the moon.  He looks for her every single night and each night that he finds her, he's just as delighted as if he'd never seen her before.  "Mona"is her name.  It's a cross...

“How do you possibly live with a kitchen the size of a Kleenex box?  I couldn't do it." It's our funny version of groundhog day.  The orange word changes, but everything else about the question stays the same.  Happens every......