After our one of our most expensive nights to date ($45/night + $2.50/night for each child {really RV place?  You kinda suck… they’re 1 and 3}) just outside Humbolt Redwood State Forest, we stopped at Auto Stop #8 on the Avenue of the Giants.  The Drury-Chaney trail, best known as 2.4 miles of  an “almost prehistoric” walk back in time, was everything it’s made out to be and more.  Both kids started out strong.  Thankfully Scott was adamant that we bring both backpacks.  Both were sound asleep by the time we got back to the Chief.  We all loved it… what a fascinating hour spent in ancient energy. 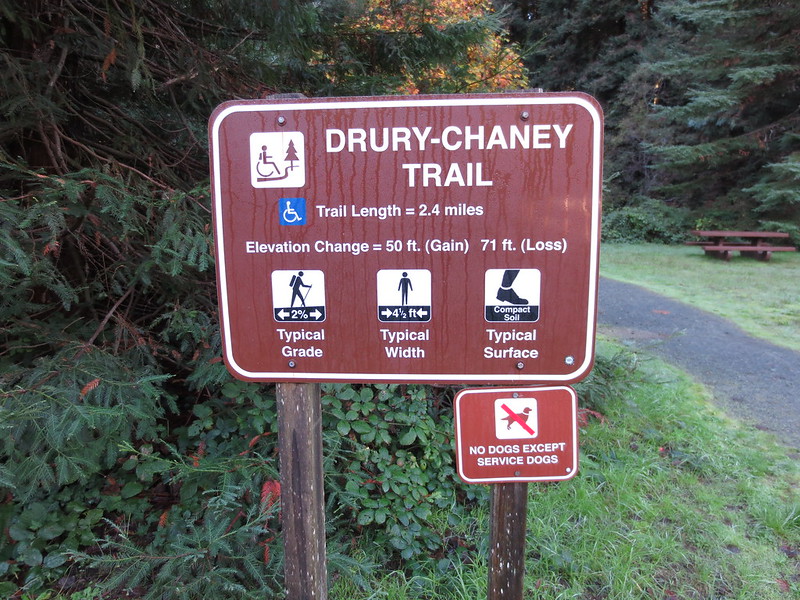 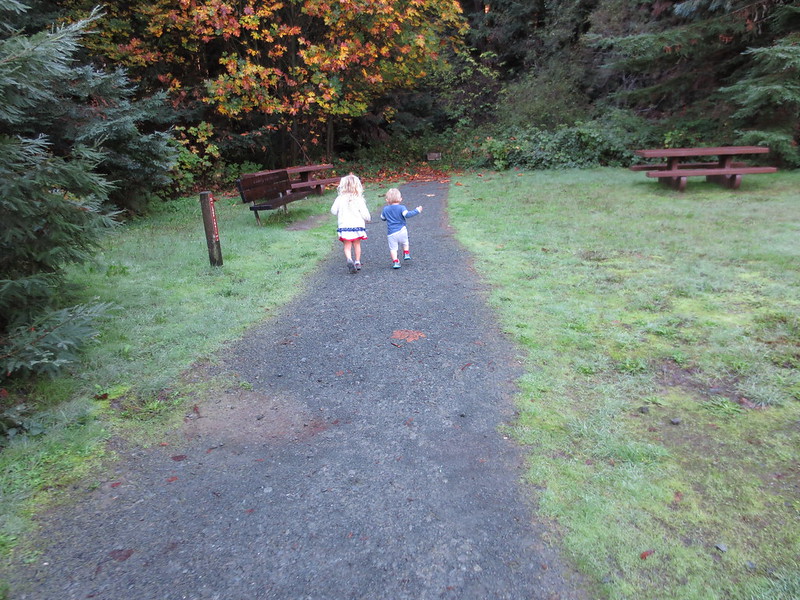 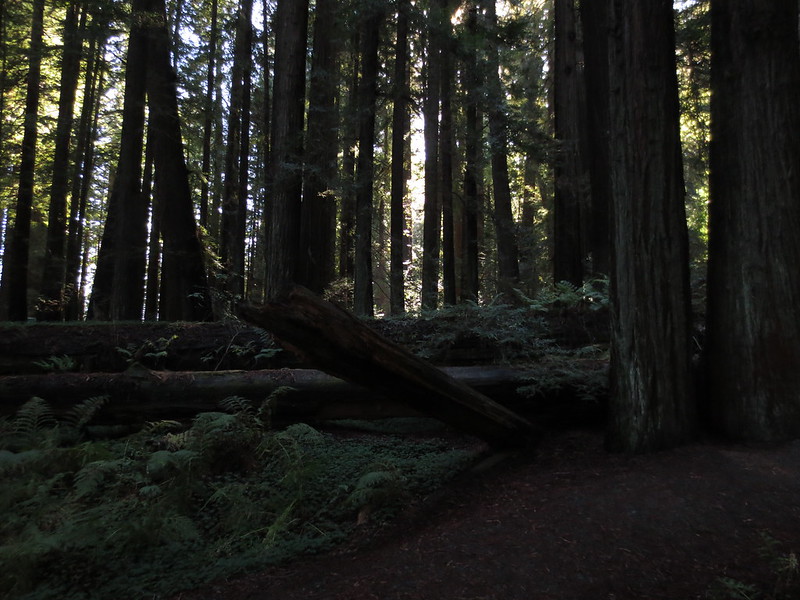 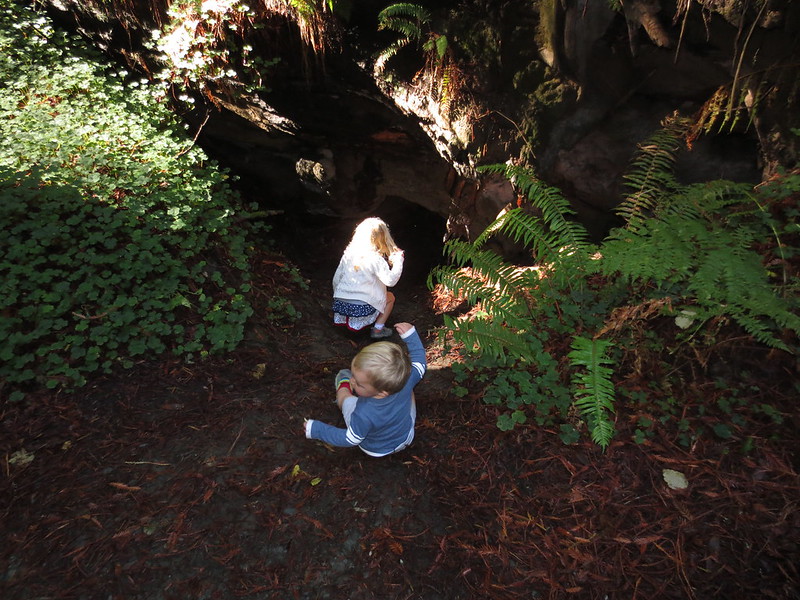 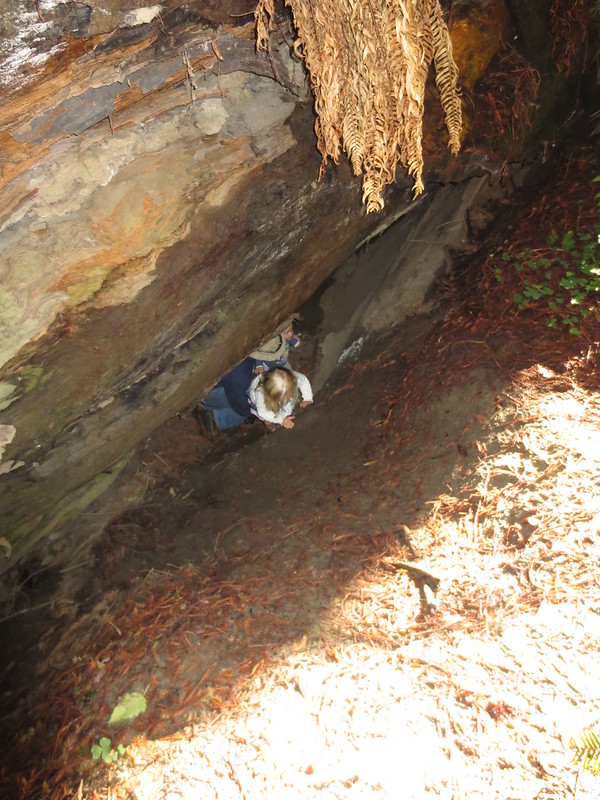 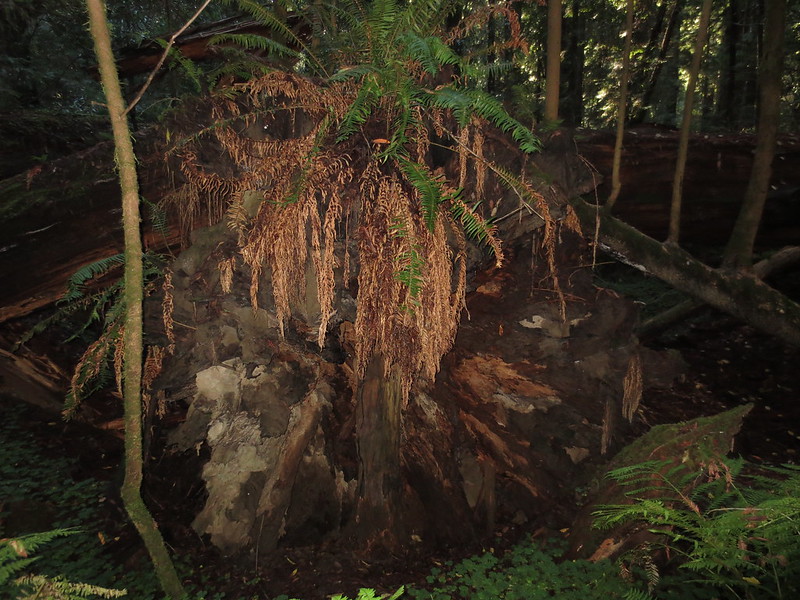 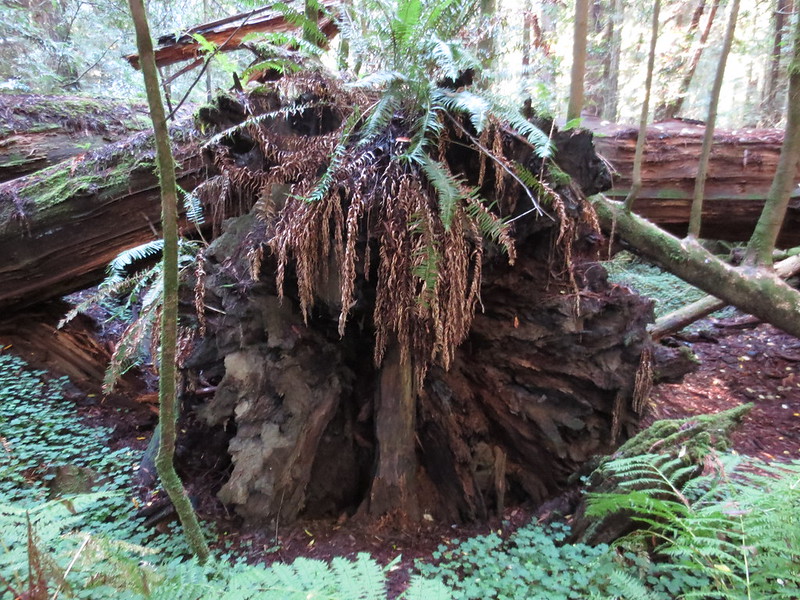 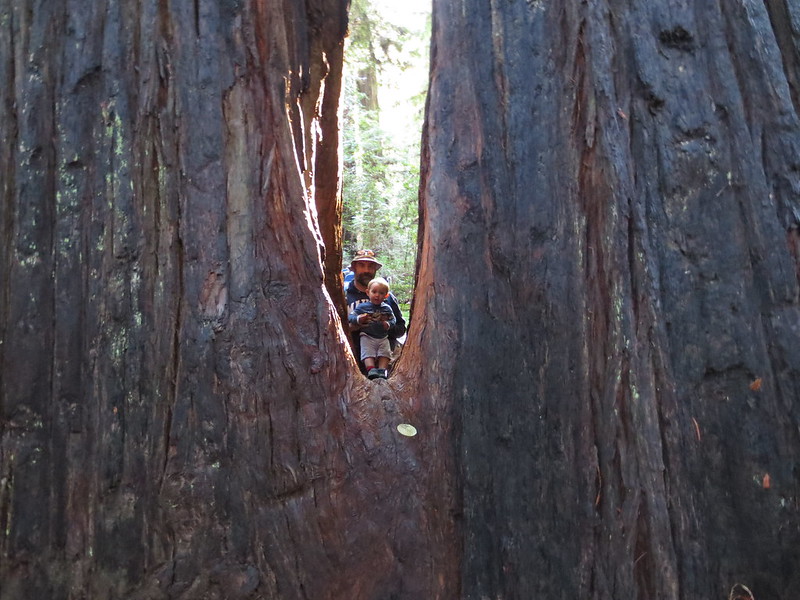 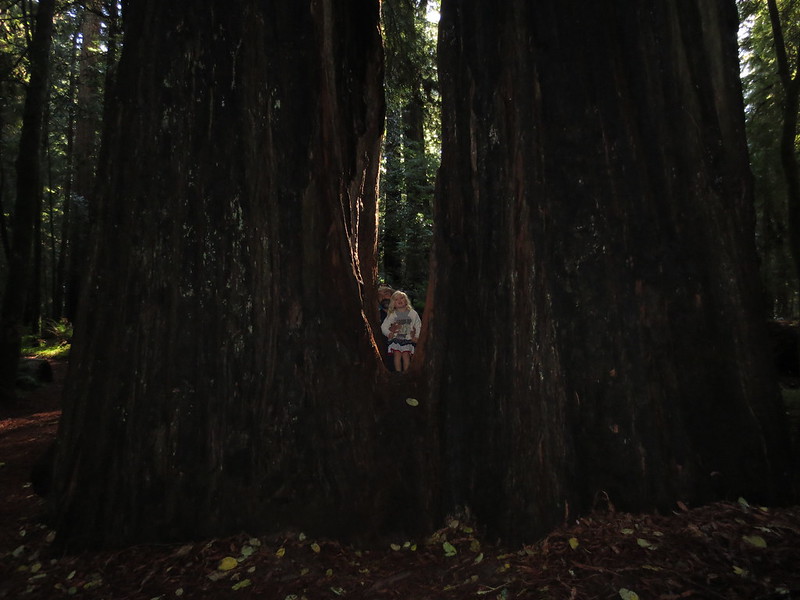 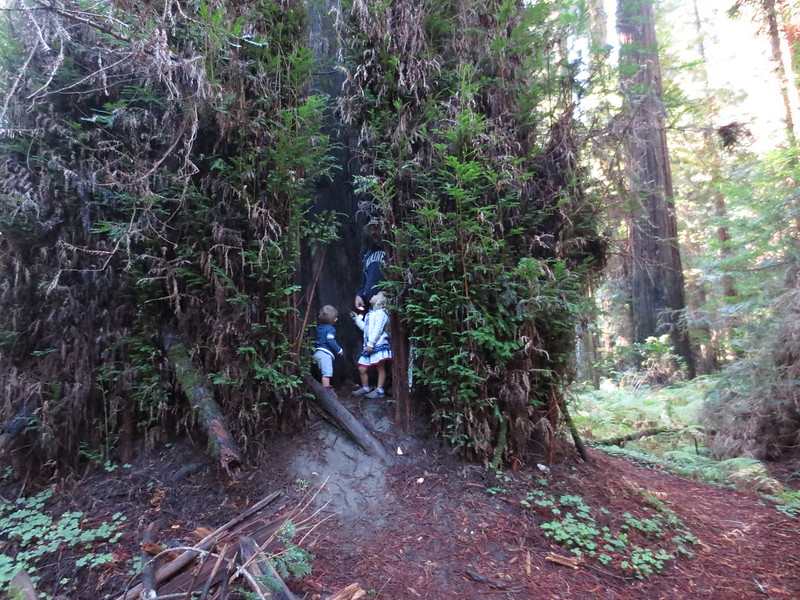 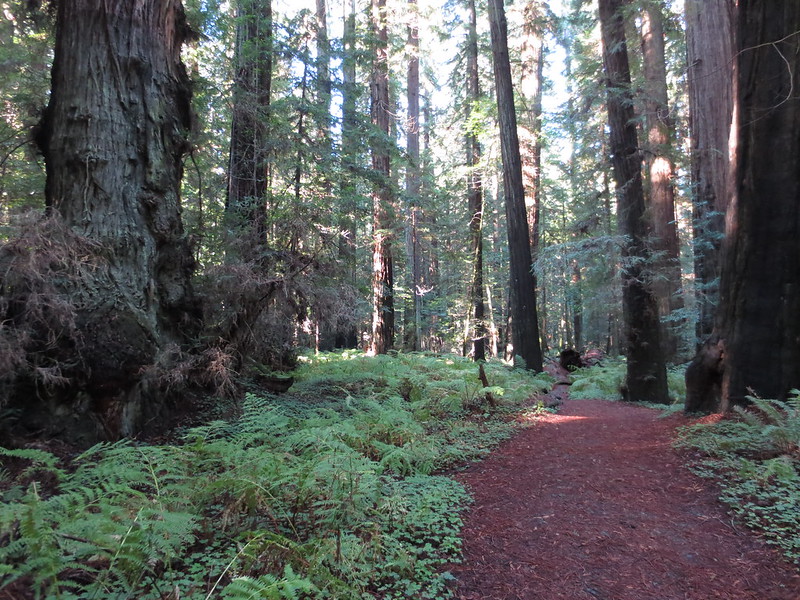 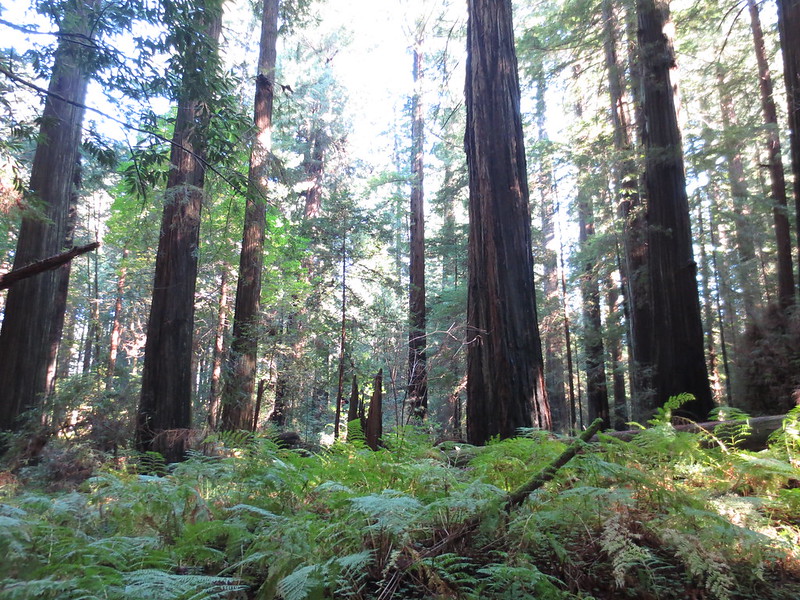 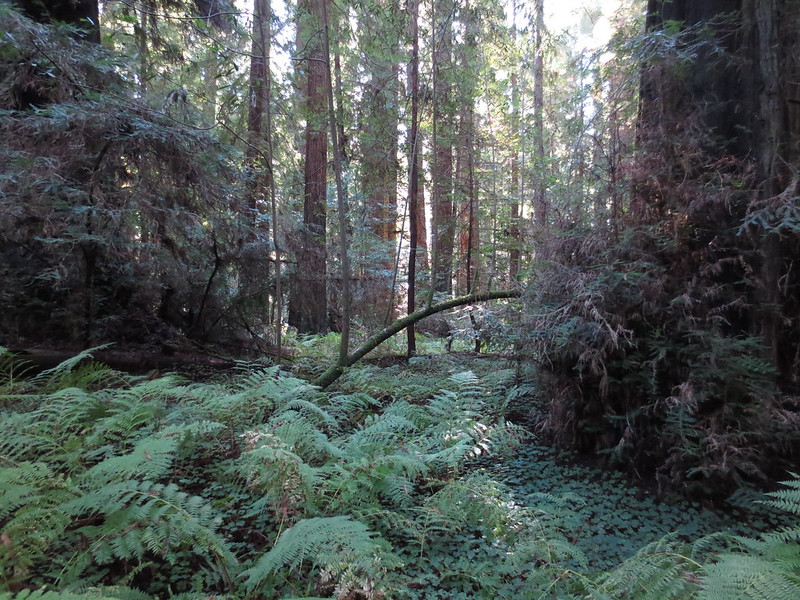 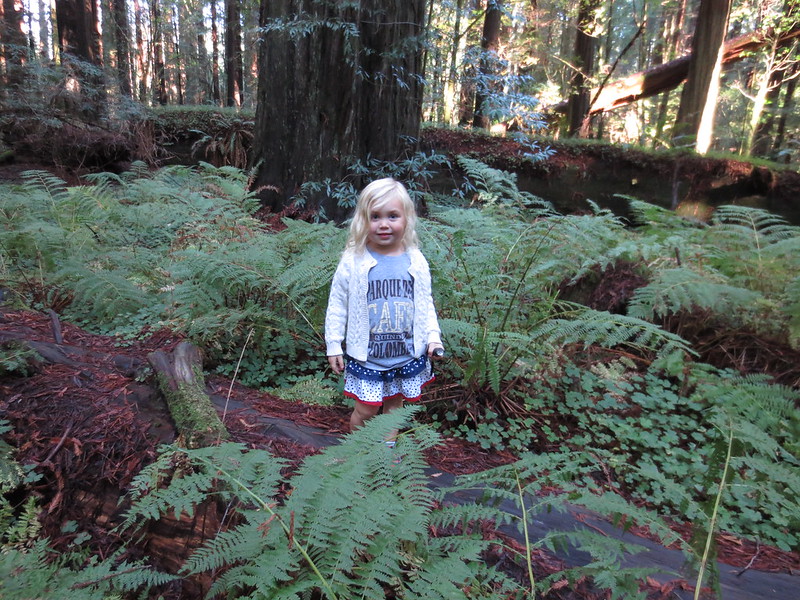 Getting back on the 101, we aimed to reach something north of Eureka, CA for a few quiet days of relaxing, re-energizing and working.  It turns out, this little corner of CA has a ton of personality.  You were right, Scott and Jen.  It doesn’t come off as snooty and there are plenty of things to see and do that will keep us happily busy.

This morning I got moving late.  Both kids had been up multiple time in the night and I just wasn’t prepared to be a normal person before 10 am.  I woke up to a handwritten note, “Gone for a bike ride.  Enjoy a cup of coffee.”  Yes yes yes yes yes yes yes.  It was a welcomed hour of silence and slow wake up.  By the time they got back I had eaten breakfast, cleaned the RV, prepared the car and was just about ready to go.  The kids and I headed to Moonstone Beach because it’s billed as dog friendly.  That’s an understatement.  There were as many dogs as people on the beach and, while everyone had a leash in hand, I only saw a few in use.  There were even 2 horses.  It had everything you could want – big surf (10ft waves), giant rock formations that look just like the end of Goonies (best movie of all time, “Hey yooooouuuuu guuuyyyyyssss…”), plenty of haze and a little river that dumps into the sea.  The river is cool because during high tide there are occasional reverse waves (tiny tsunamis) 1-2 ft high that travel the wrong way up the river.  It caught us by surprise several times and more than once my shoes were soaked and I barely lifted Jack out the way of an incoming wave moving like a locomotive.  We’ll be going back.  Seven, I’m with you.  This place might just be a real-life paradise. 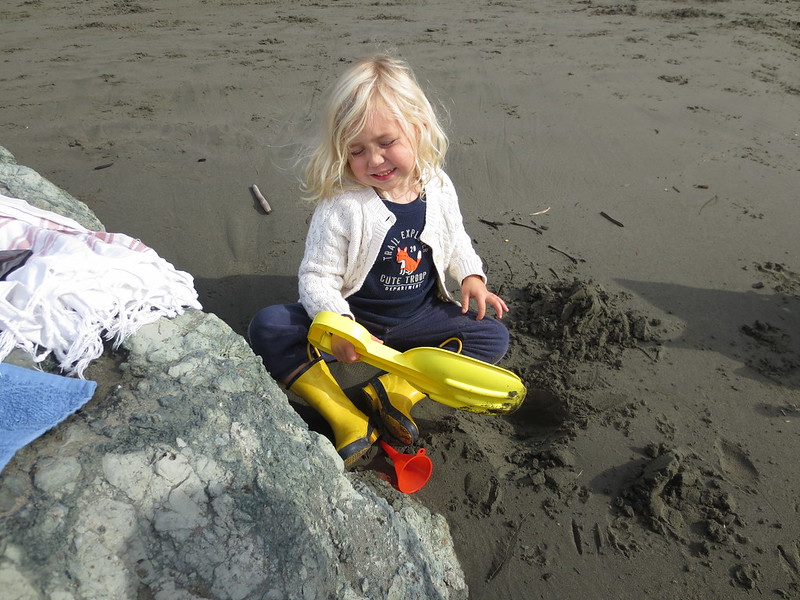 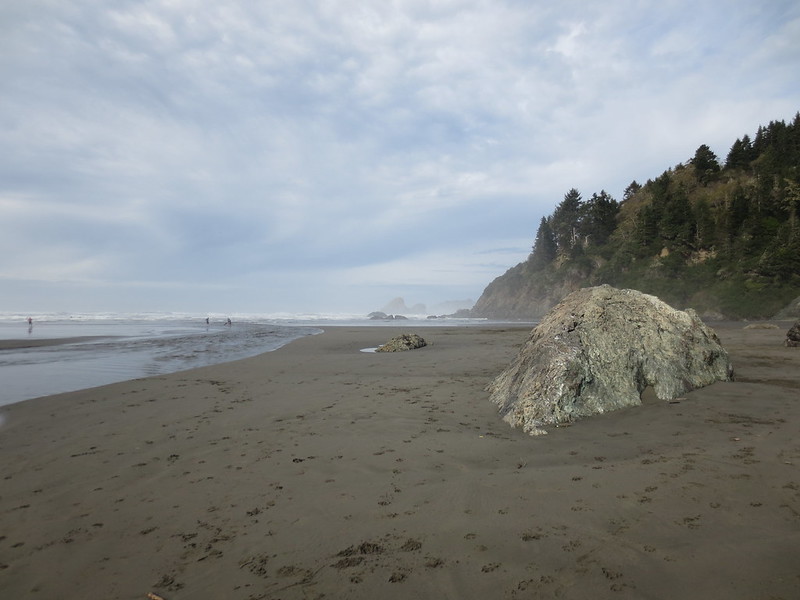 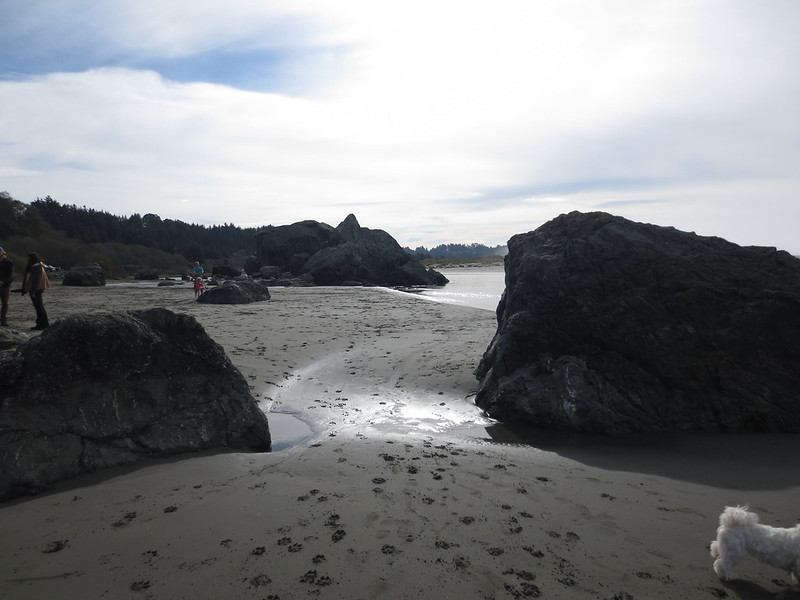 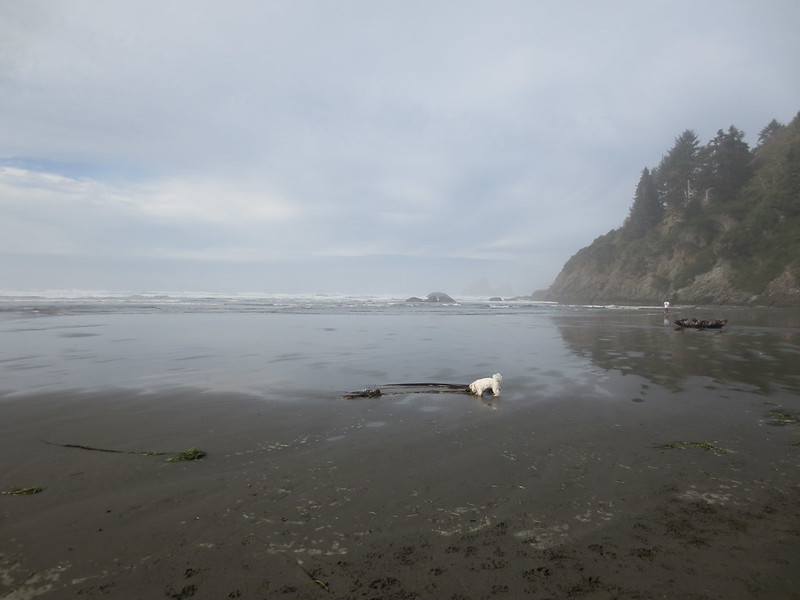 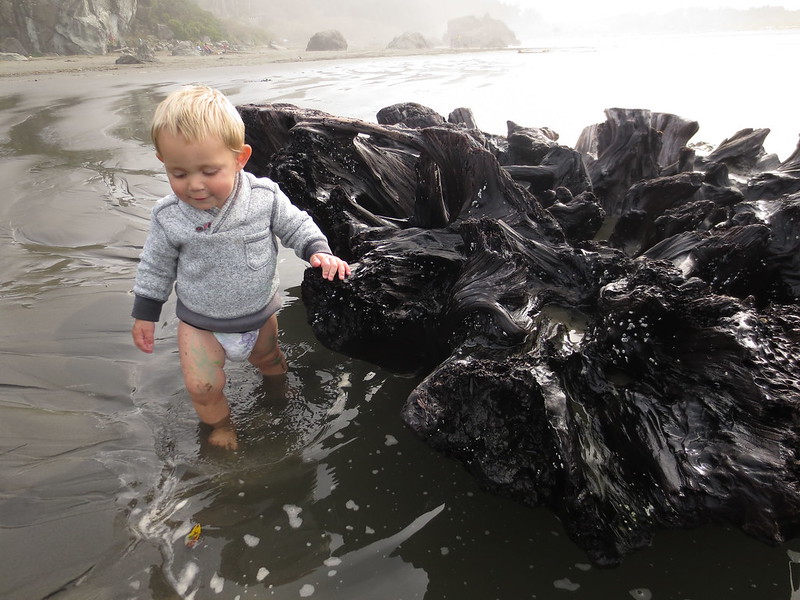 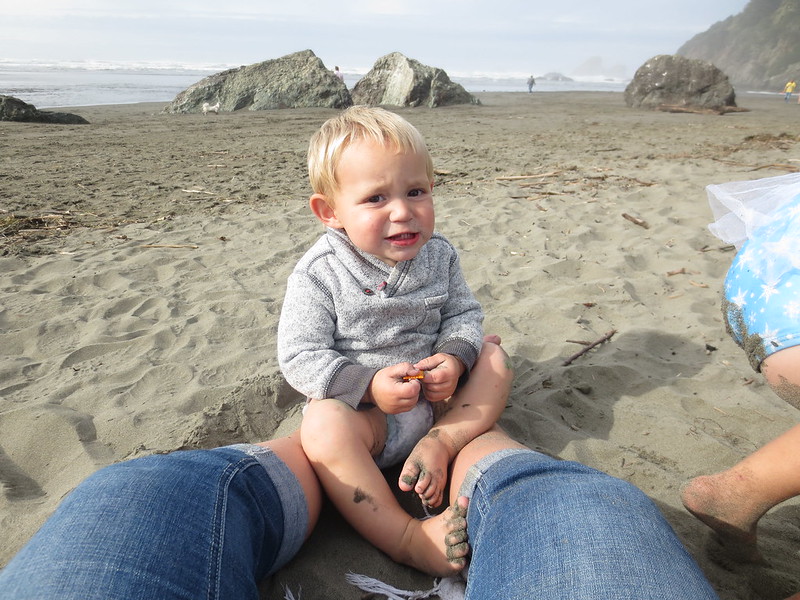 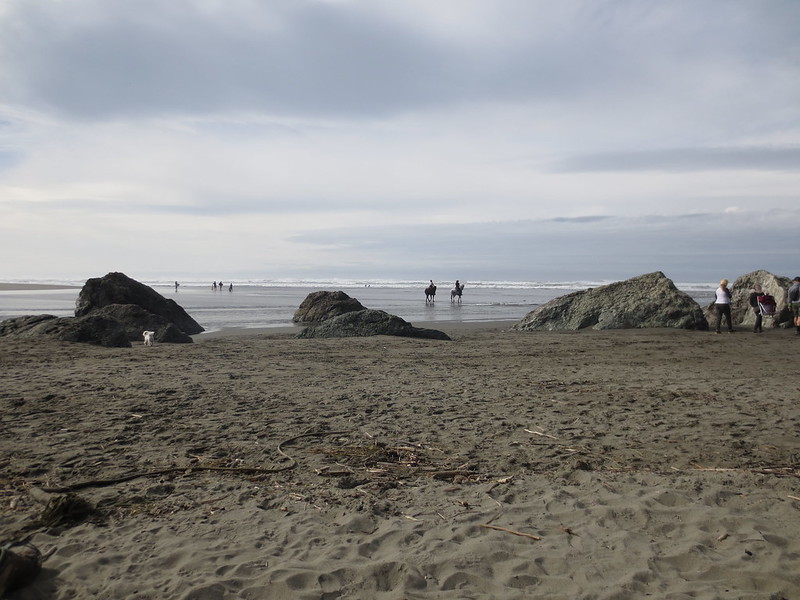 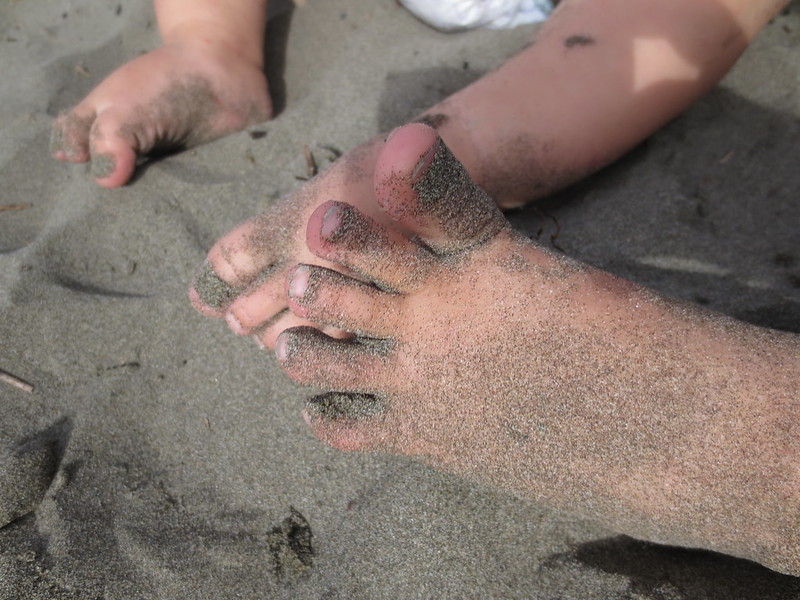 If you’re RV’ing around and you come to CA, consider coming up here. This place is awesome.  We’re staying in a redwood grove.  The ocean is a mile away.  There’s plenty to do and it’s not ridiculously expensive.  It’s not cheap… but I’d pay double.  I love this place.