We had just pulled into our campsite for the evening.  I kicked everyone out of the Chief so I could cook.  When there’s hot oil within reach and two little people annoyed from being seat belted all day…. I prefer to enact  a temporary kitchen closure law called “Everybody Go Outside”.  Besides Scott is our grill man and he was doing the burgers.
A few moments later I looked out the windshield to check on them.  I just happened to catch a glimpse of Scott squaring off with… a pelican.  He was positioned as sort of a squatting frog with hands high and wide. Picture him getting ready to bust out the classic, always popular Karate Kid move. For the pelican’s part, he was about 6ft away, wings spread, neck extended. I really thought there was going to be a show down and to be honest…. it was a crap shoot who would win.
I went back to cooking.
Scott came inside.  Me, “Sooooo….?”  Scott, “They’re a look most done.”   Me, “And….?”  Scott, “What?”
Are we seriously not going to talk the Westside Story going on outside?!
Me, “The thing with the bird?”    Scott, “Oh. You saw that?”    Me, “Yup.”    Scott, ” It wanted our food. I told it to go away. It understood.”
Add pelican language to our list of skills. My only regret is that I hadn’t had the presence of mind to get a picture. Total bummer. 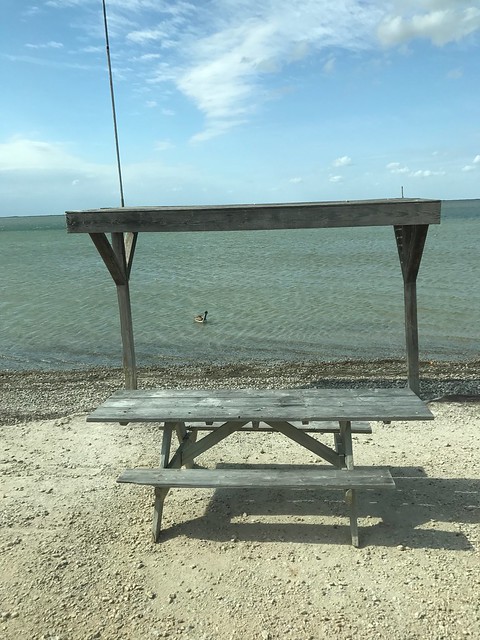 Here he is… lurking after the incident.

We tried, unsuccessfully, to run away from the cold. It followed us. But that’s OK. We’re parked.  We’re on Padre Island.  Not to be confused with the more infamous big brother, South Padre Island, which is… you guessed it… just south of here.   We’re at the decidedly more family friendly national seashore.
We have some chores to do and the warm weather is coming back. I even found a free at program at a local community center for the kids. We made some abstract art (still not my cup of tea) and turned it into the solar system (now you’re talkin’!). We also bought a tent that will double as an outdoor play room when it’s windy and keep the rain off or outside great when it’s not in the car. It only took us 7 months to figure out that hack. 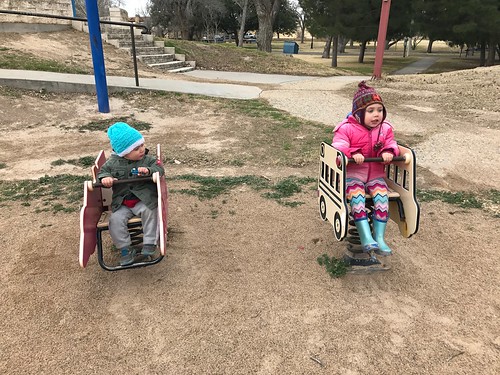 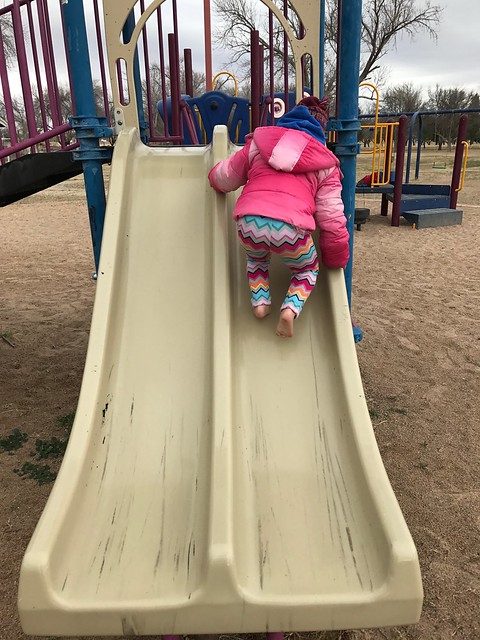 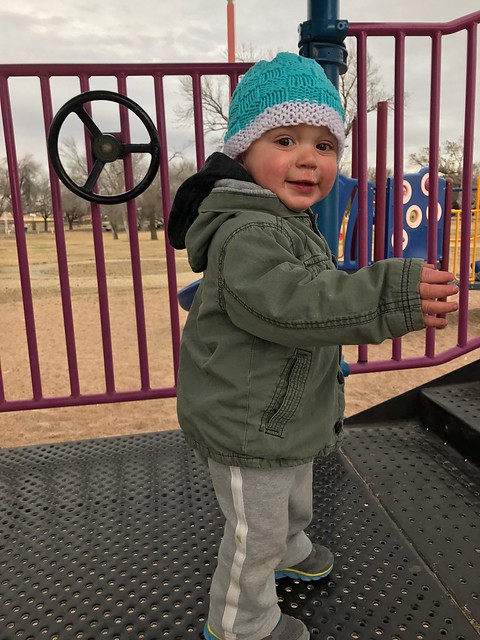 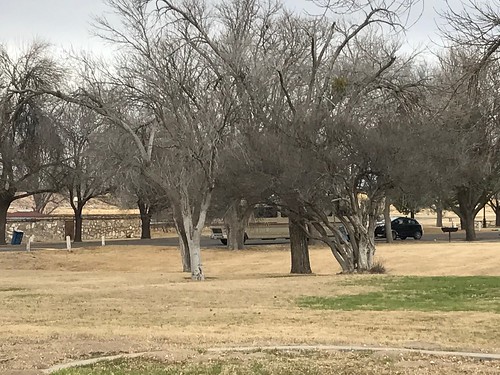 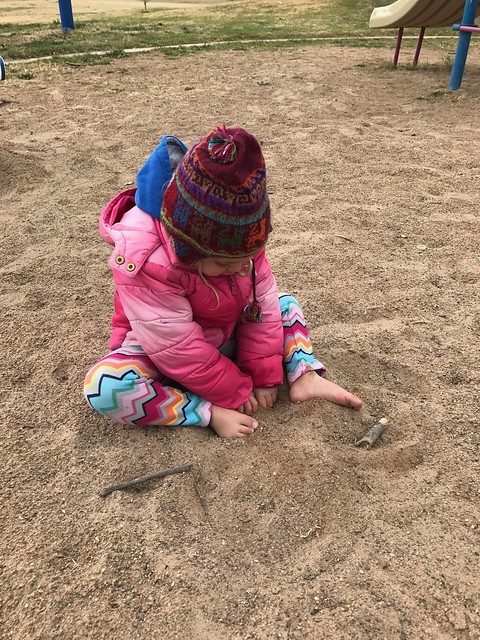 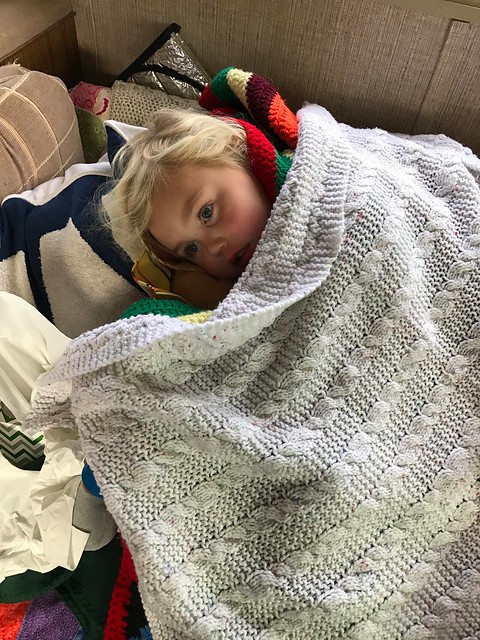 I love the ocean in any form. Cold, warm, blue, grey, smelly, angry…. I love it all. However, I am suspicious of it when it doesn’t have waves or tides. I guess the Gulf is special plus we’re on the backside of a barrier island. But it’s still disconcerting. The first night I got up every few hours to make sure our tires weren’t underwater. Sure enough, the water line had not moved since we got here.
It’s windy and still chilly.  The forecast is good though – we should be warming up soon.  In the meantime we’ll run errands.  Once it’s nice we’ll spend some time on the beach.  Unfortunately there’s no signal on the beach side of the island, so Scott will have to stay behind to work.  No goofy “office” pictures this week. 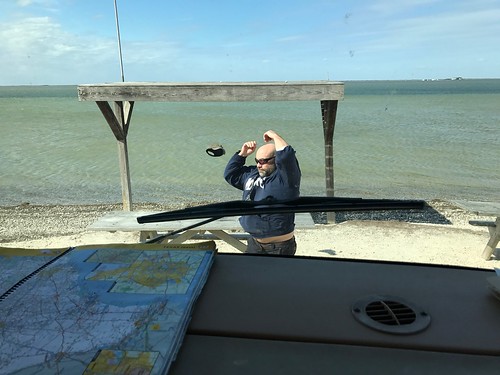 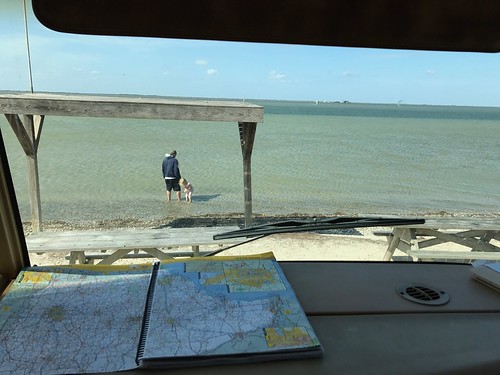 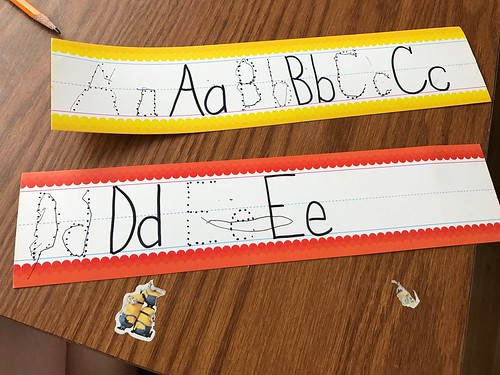 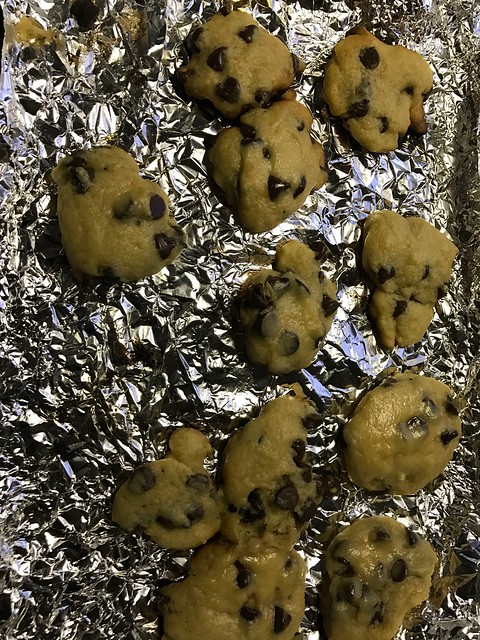 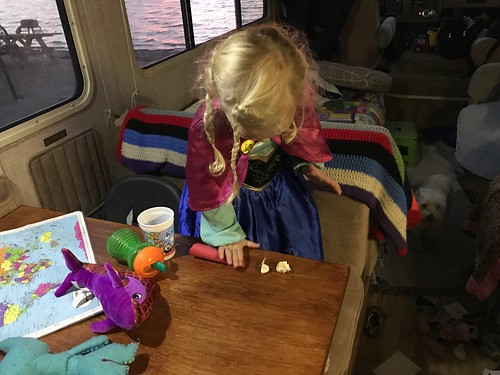 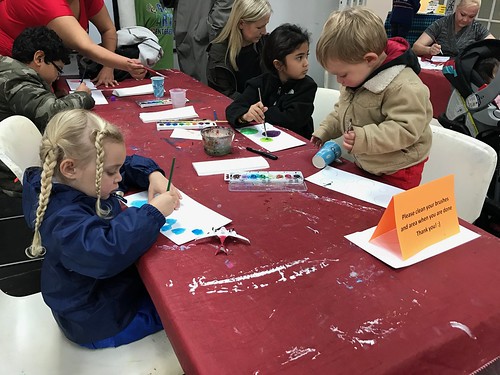 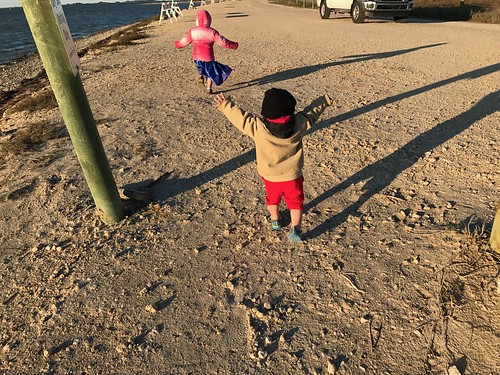 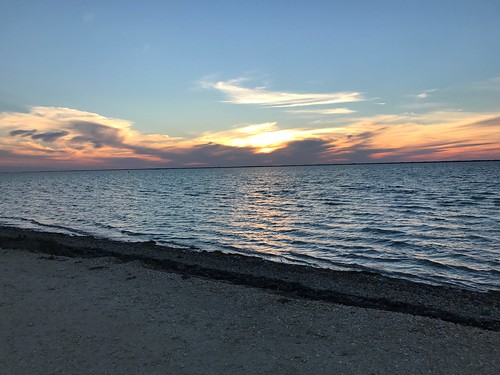 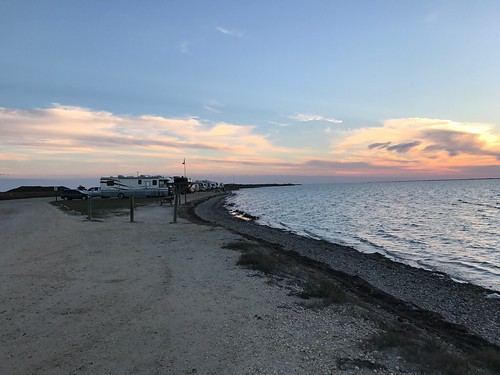 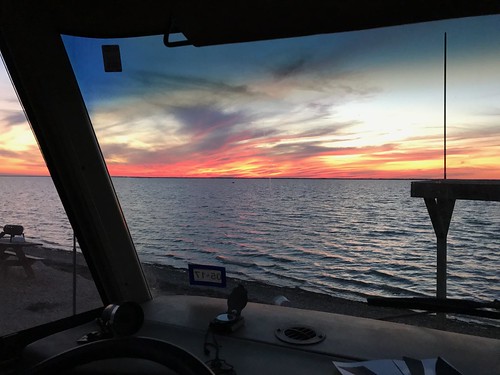