Every year Nate join us for either his February or April vacation.  This year we got April.  We hadn’t expected to be on the west coast by that time, but here we are.

His arrival is always a big deal. Think ‘Paul McCartney’ big.  I mean, Scott and I look forward to it, of course.  But Evie thinks Nate hangs the moon.  There’s clapping and jumping and lots of giggling.  In a bold presentation of her affection, she colored herself blue to “look beautiful for Nate.”  (I applaud the thorough effort… and I’m not entirely looking forward to the day she discovers make-up.) Jack isn’t too sure about Nate yet, but he falls in with Evie pretty easily. 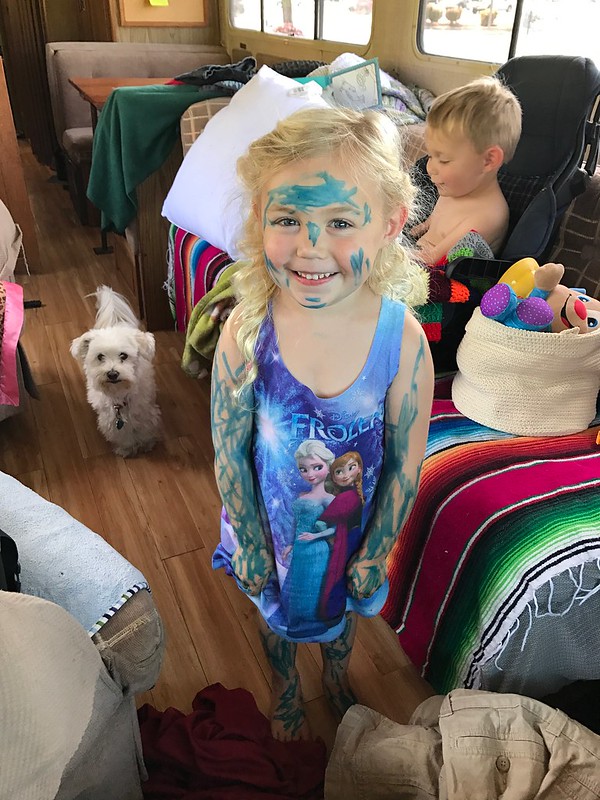 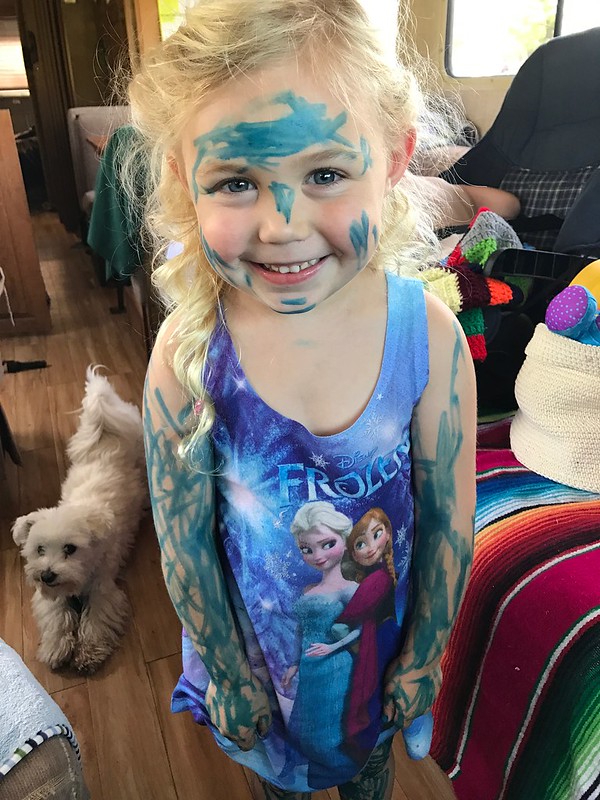 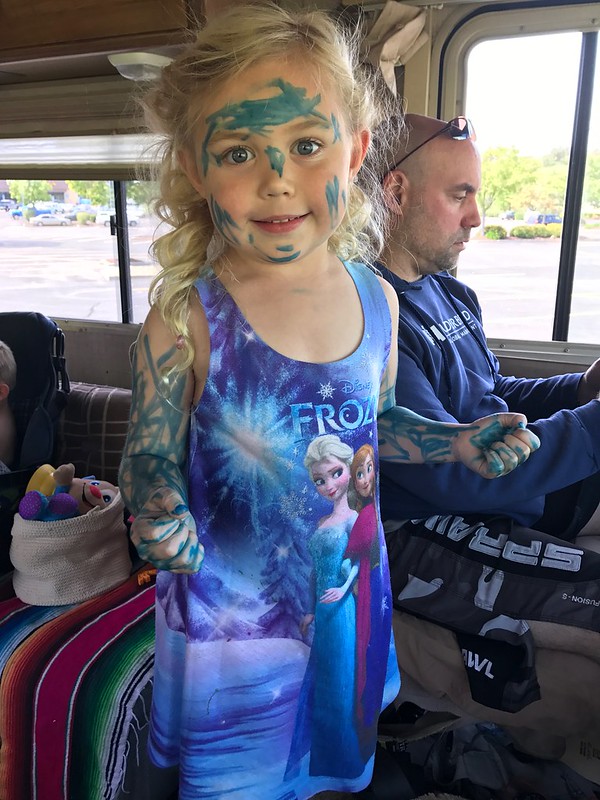 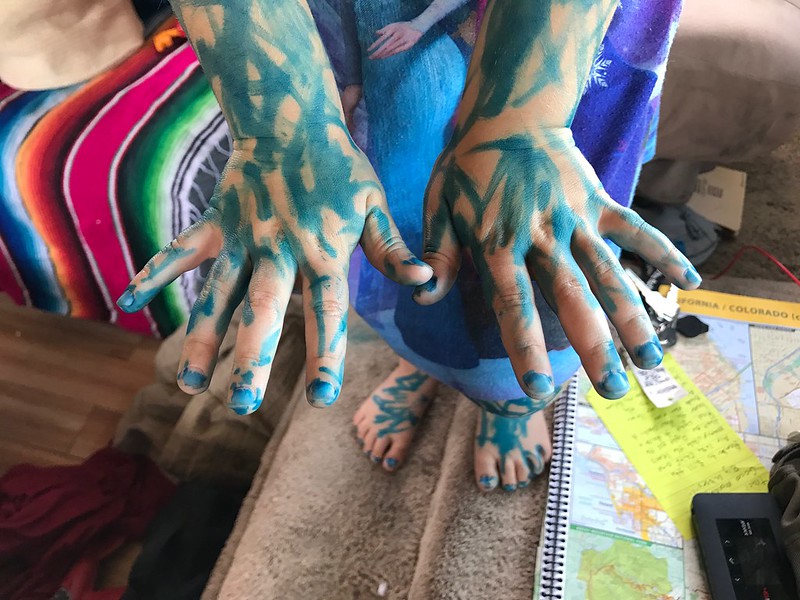 Nate is officially a young man.  He turned 13 this year.  To celebrate, the kids and I birthday-prepped the RV while Scott picked him up in Reno.

We painted some of his presents while waiting for him in a Walmart parking lot. 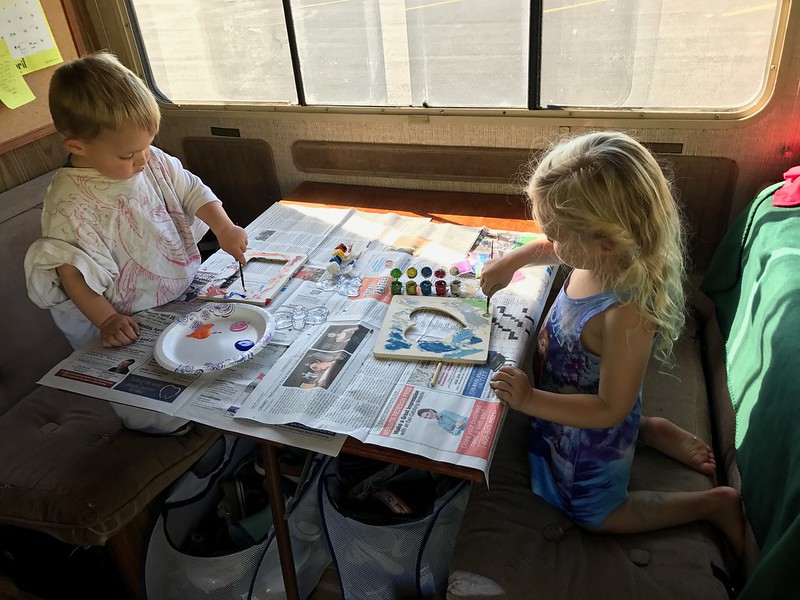 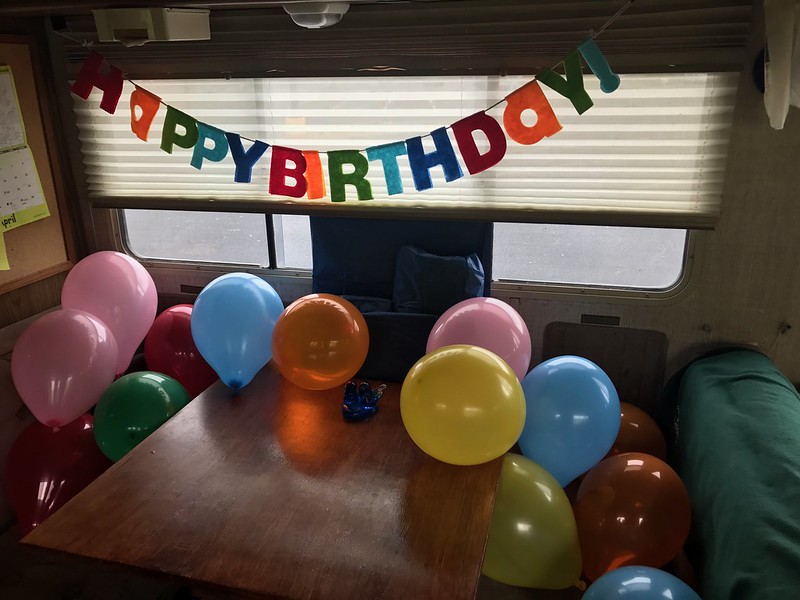 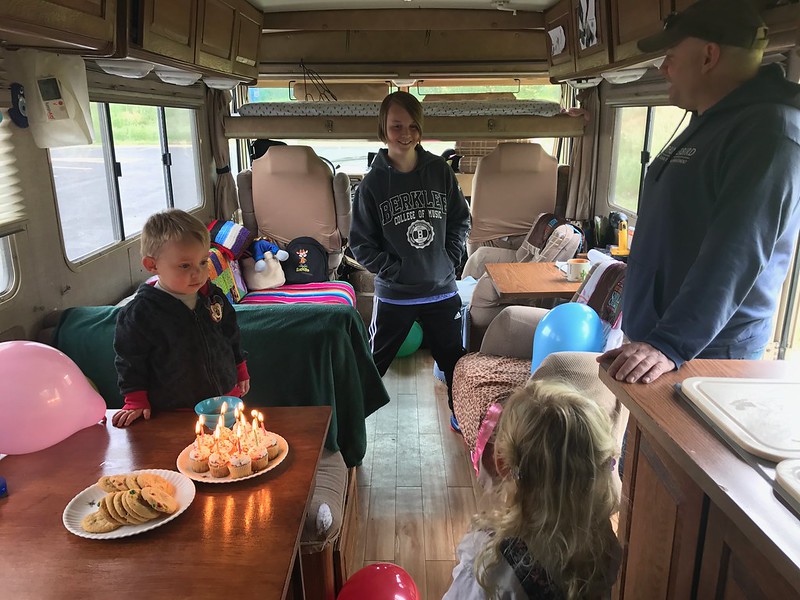 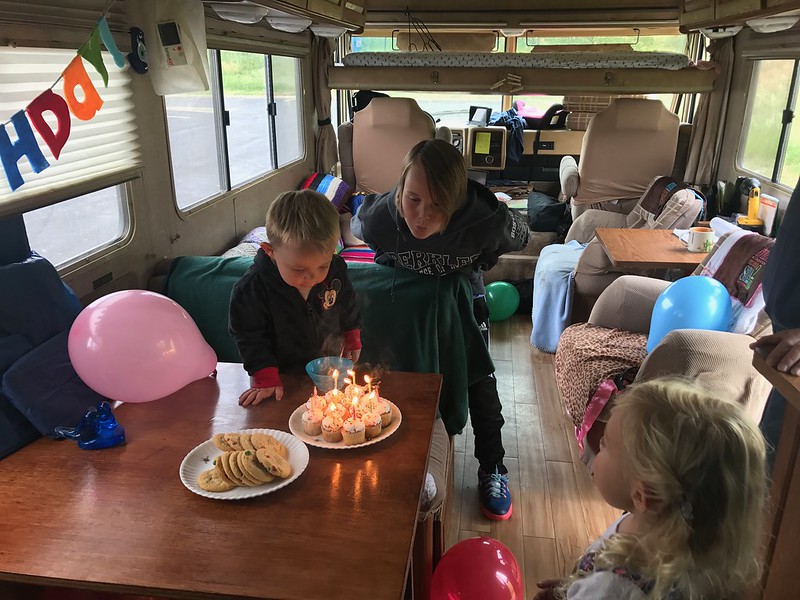 Why Reno?  He can fly unaccompanied on Southwest Airlines now and there’s no extra fee (I didn’t believe it either – here’s the policy).  His mom requested his maiden voyage as a solo traveler be a direct flight. Totally reasonable.  The best I could do was Reno…. which is much closer to SF than even LA (I never realized that until money was on the line).  It was also nice that Scott got to spend a little bit of time alone with him when he arrived.

The Donner Pass threw another curveball at us.  Scott and Nate hit snow.  Luckily they got through before chains were required.  We met up on the western side of the Sierra Nevadas and headed south for a Yosemite adventure.

We picked a nice State park outside the rt 120 entrance into Yosemite.  We had planned to go a bit farther south (and when I say “we”, I mean me… I picked a place farther south).  Scott took a look at the map and scoffed, “Traci… this says it’s a 9% grade between here and here.  We’re not doing that with the RV.”  Me, “Oh.  Ok, give me 5 minutes.”  The plan is always always always subject to change at a moment’s notice. 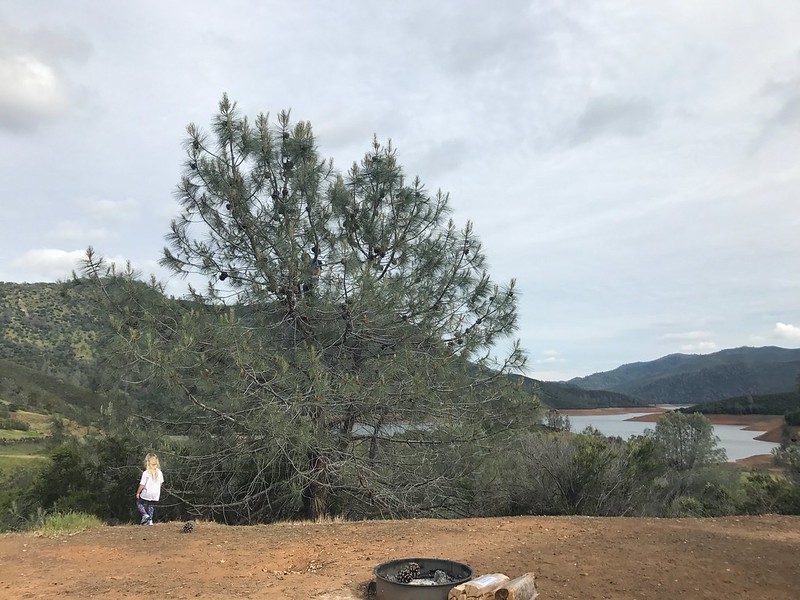 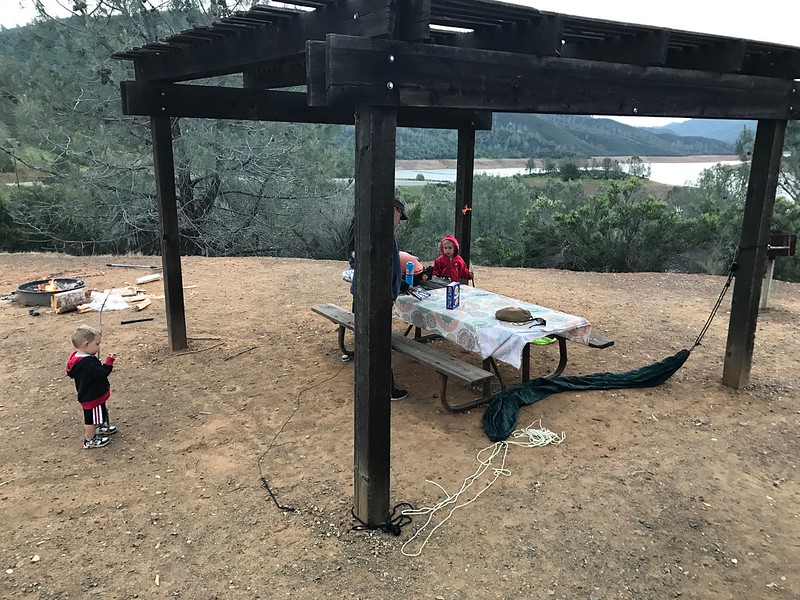 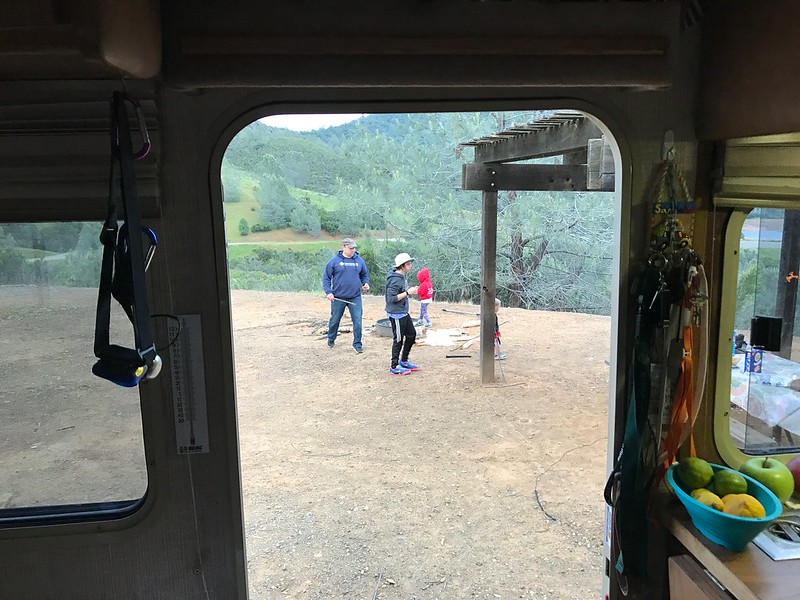 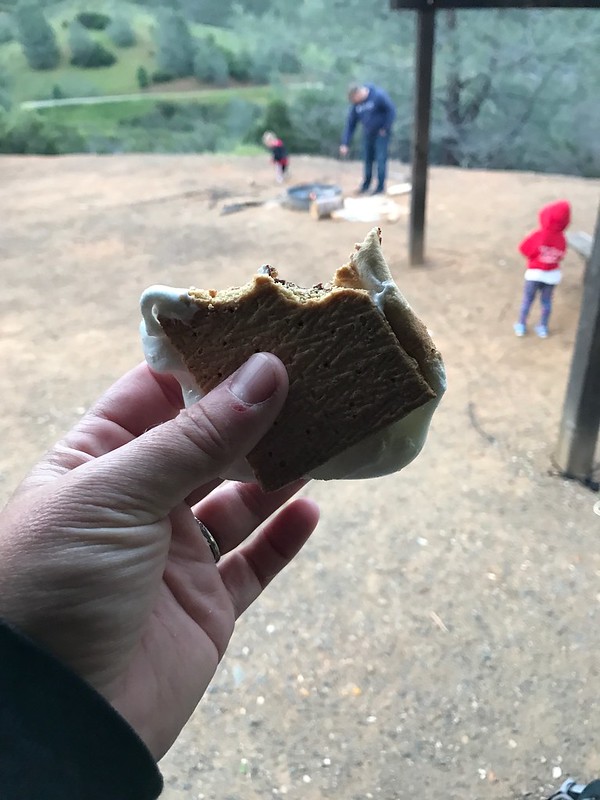 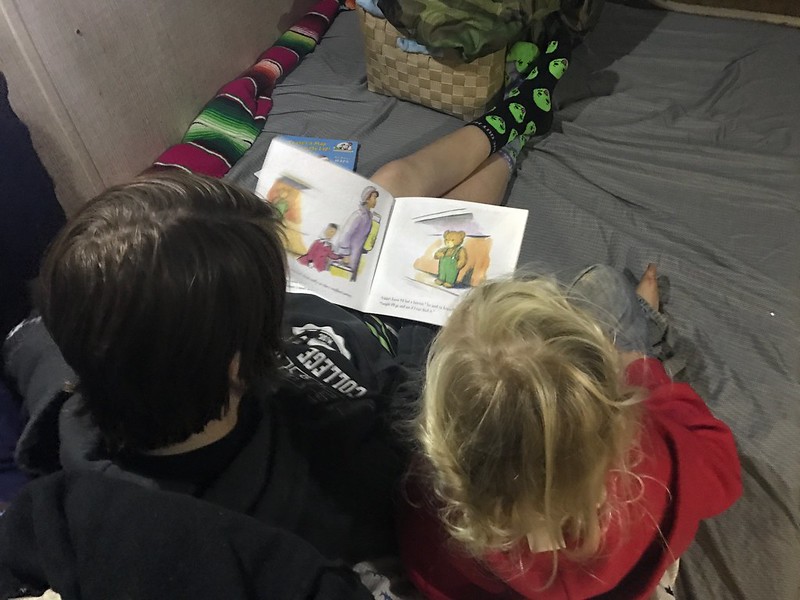 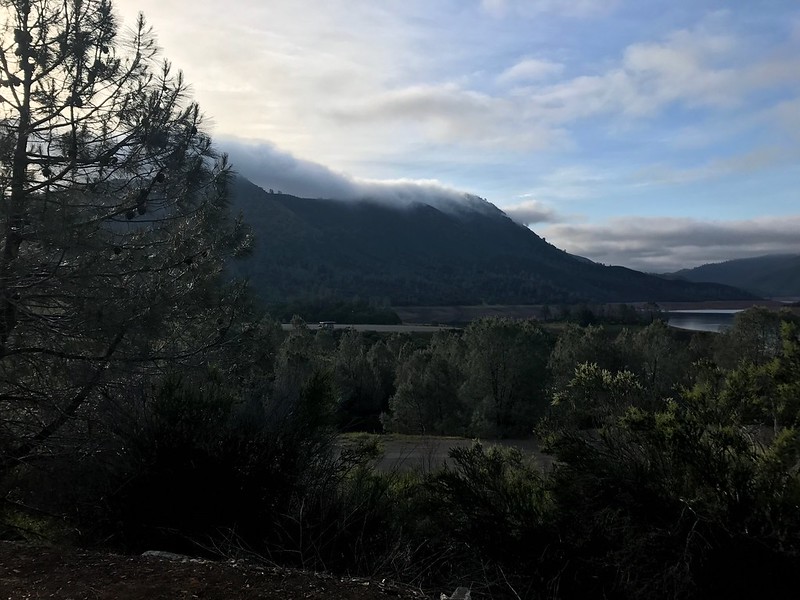 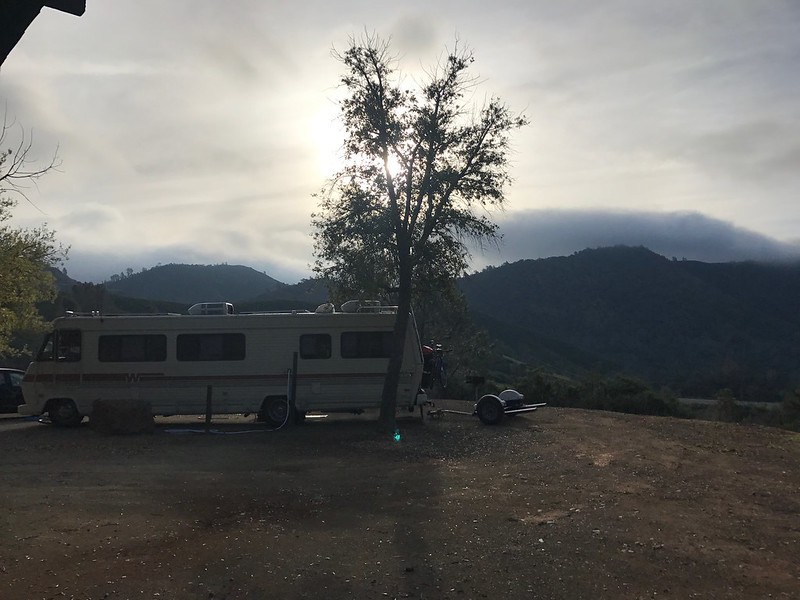 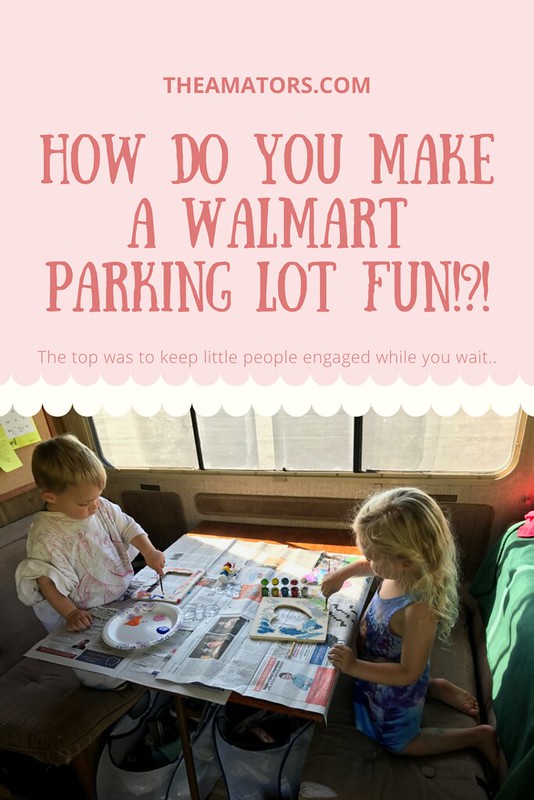 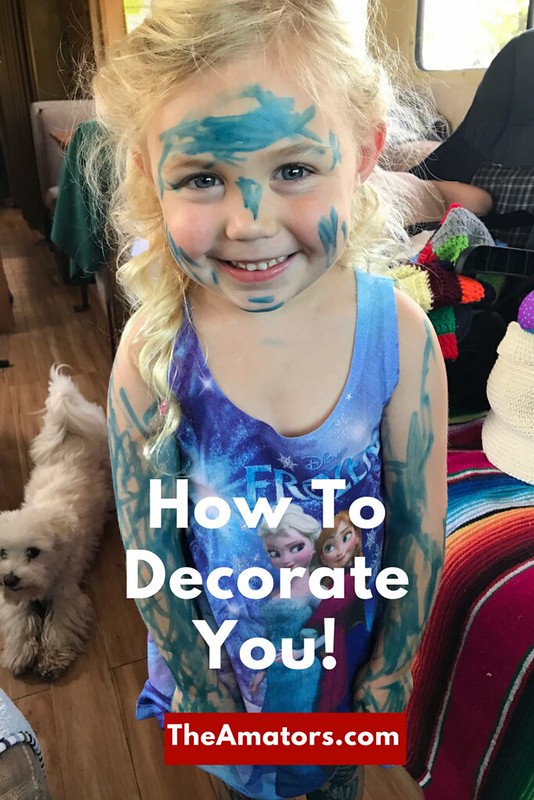 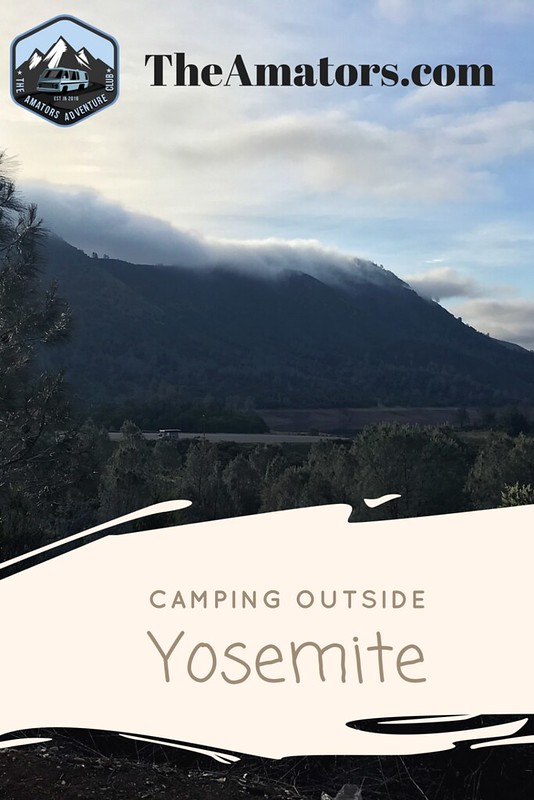 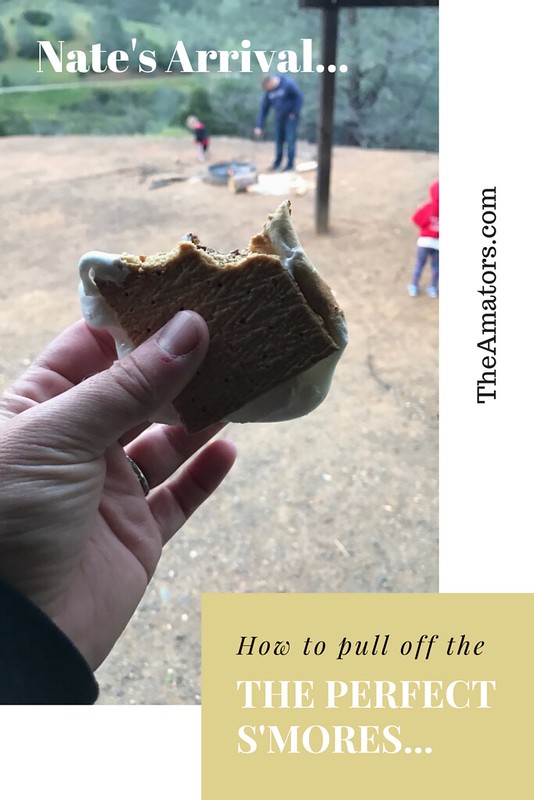 A lot of folks have told Scott and Mom that they're good sports about the blog. Anyone with a thin skin might not have an easy time around me. I would like to point out, however, that, more often than not,...

Today is one of those days I'm really glad we have the blog.  It was a nothing day... but so many little things happened that I don't want to forget.  I'm not a journaler and neither is Scott (although he...