Here’s my question….  You’re on a roadtrip.  You’ve done the first 2/3’s of it.  You’re rounding 3rd base, heading back to home.  That’s a good thing because you have to be back at the start point for a VVIP  high school graduation.  You’re thinking… hit a few more highlights and take it easy… coast on in early.   Boom.  Done.  Perfection.  Then your brother-in-law hits you up, “Hey…. we’re traveling in March.  Wanna come stay at the house?”  You’re in Texas, he’s in San Fransisco.  Do you throw caution to the wind and U-turn the Titanic?

We’re already back in New Mexico.  But you already guessed that, didn’t you!?

Call me crazy… it wouldn’t be the first time.  Yes, we’re backtracking across half of the United States.  Yes we’ll be under some tight time on the way home.  But come on!?  How could I say no?!  What we spend in gas we would have paid in campground fees east of the Mississippi and Scott’s return ticket anyway (that’s my story and I’m sticking to it… no need to show me {or Scott} any math).  Adventure awaits!

My only regret is that we won’t get to see Wendy and Jim – some of mom’s closest friends.  Sorry VIPs.  Next time?!

Unfortunately, with this turn of events I won’t get out of going to the Mouse House.  Mickey and friends have me cornered – something in Florida and California.  I’m hosed.  With one of the biggest Disney fans on board (hint: not the 4 year old and not the almost-2 year old)…. we’ll be making a stop (and paying a royal fortune) to spend a day in a crowded park with made-up characters.  Anyone wanna come along?!

It should come as no surprise that I’m still being put through my paces with respect to the RV.  I’m comfortable driving it forward at this point.  It’s progress, albeit limited.  Corners are decent but not perfect.  I borrow space from curbs frequently.  I did a back-up only once because my uncle told me to do it and he has his CDL so… he must know it’s ok, right?!  Of course, I did kiss the barricade at a gas station with the trailer yesterday {going forward}….. but that’s water under the bridge.

What I’m not excited about is being extra challenged at this point.  I’m not in the “give-me-everything-you-got Mother @#$%@$#% Nature” head space {yet}.  When Mom said, “Oh dear…. hmmmmmm…. high wind warnings,” last night, it didn’t register.  I barely even heard her and I certainly didn’t spend time worrying about a whole 12 hours away…

My perception changed round 2 pm today when the 30-50 mph winds hit us broadside and gusted up to 60.  Add Iraqi dust storm to the mix courtesy of the New Mexico desert and it was a real party going down the road.  My knuckles were white (still are) and I smell like sweet sweat (the worst, most awful kind of sweat – I’m totally grossed out).

I picked the easiest boondocking site outside of Carlsbad, NM.  That gave us easy access to the national park.  Mom hated it because it was “lonely” and she thought the wind might “blow the RV over”.  She was so overly concerned that Evie picked up on it as and was legitimately scared we might find the Chief on it’s side when we got back from sightseeing.  She was relieved when it was “still standing”.  (Ok drama… it’s windy but we’re not Dorothy and I wouldn’t leave Boston in something I thought might actually tip over).

Carlsbad National Park was a treat.  We arrived just in time to catch the last elevator into the cave.  When we got down there we were told we had to make it to the ‘shortcut’ in 15 minutes or we would have no choice to but to take the short tour.  Oh hell no. I had Evie in the backpack and Mom had Jack.  We took off like a bat outta hell.  We ran the .25 mile to the shortcut and were there in 8 minutes.  Apparently our hustle hadn’t gone unnoticed.  It being a cave and all… the ranger said in a totally inaudible whisper, “Is everything ok?  I heard quite a bit of noise.  I wasn’t sure…..”  Me (normal voice), “Yup fine.  We’re here before you close the route, right?  Can we go on the long tour?!!?”  Honey, I just drove through most of western Texas and southern NM to get here.  We’re taking the long tour.

On our way out of the visitor’s center, I was halfway out the door when I turned back to the Ranger and said loudly, “Thank you, Ranger.  And thumbs up to your counterparts in the Badlands.  Right on!”  She had no idea what I was talking about (or… if she did, she didn’t let on – I got you **secret handshake**).  She smiled and gave me a thumbs up back.  Mom was embarrassed and kept walking. 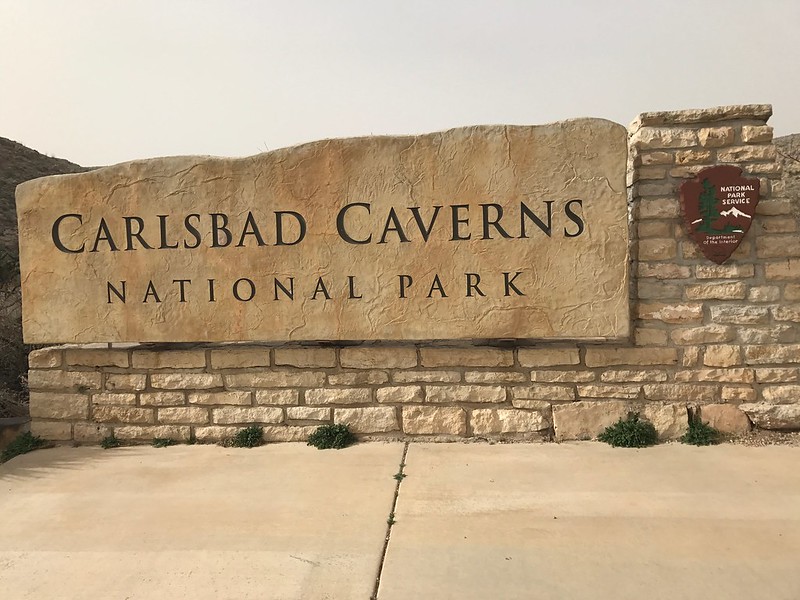 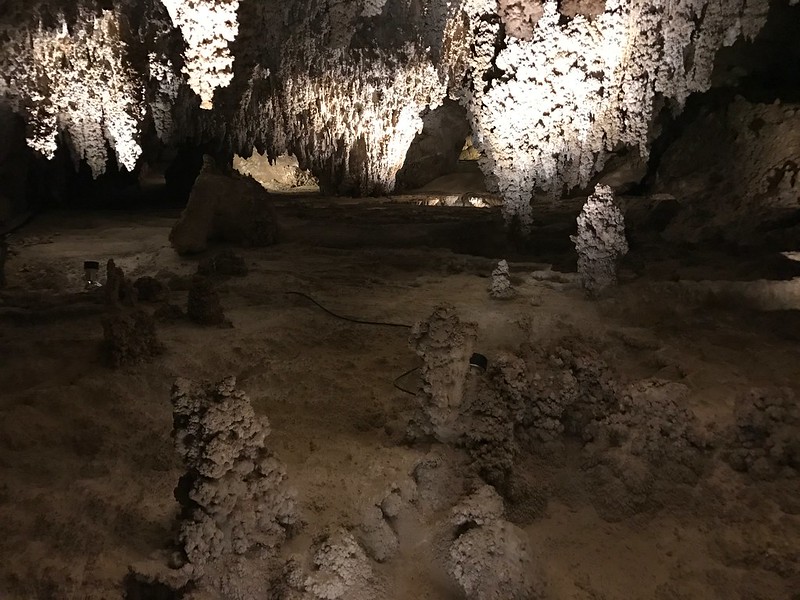 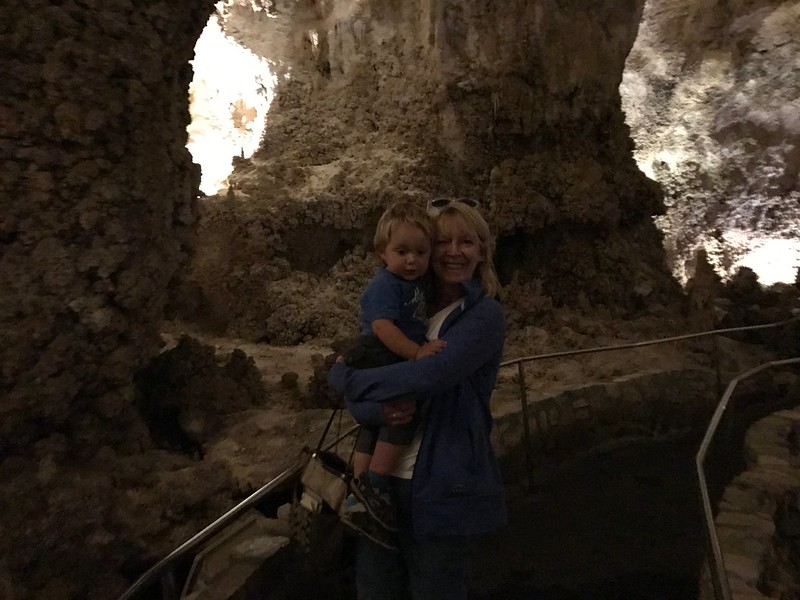 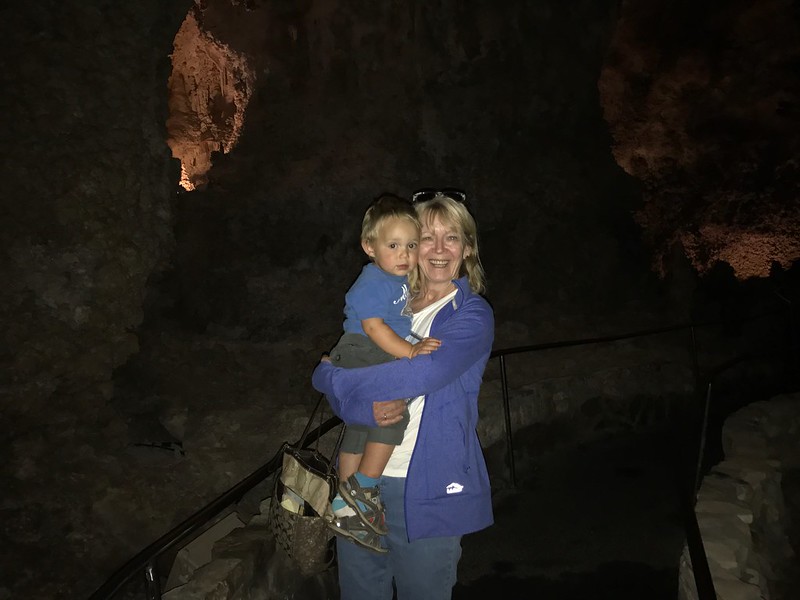 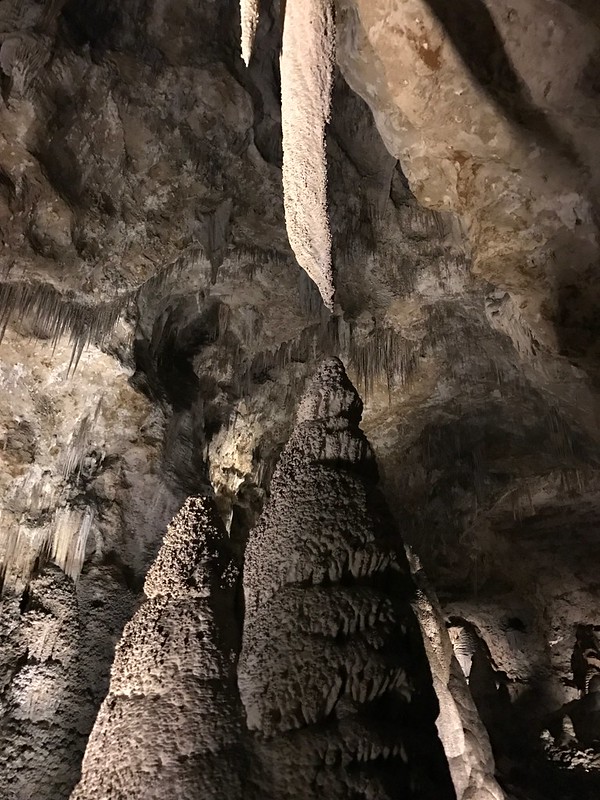 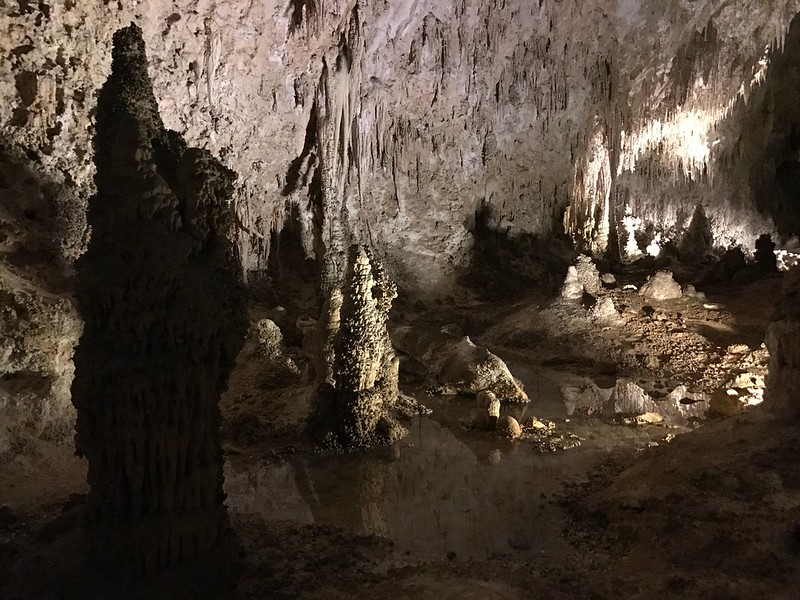 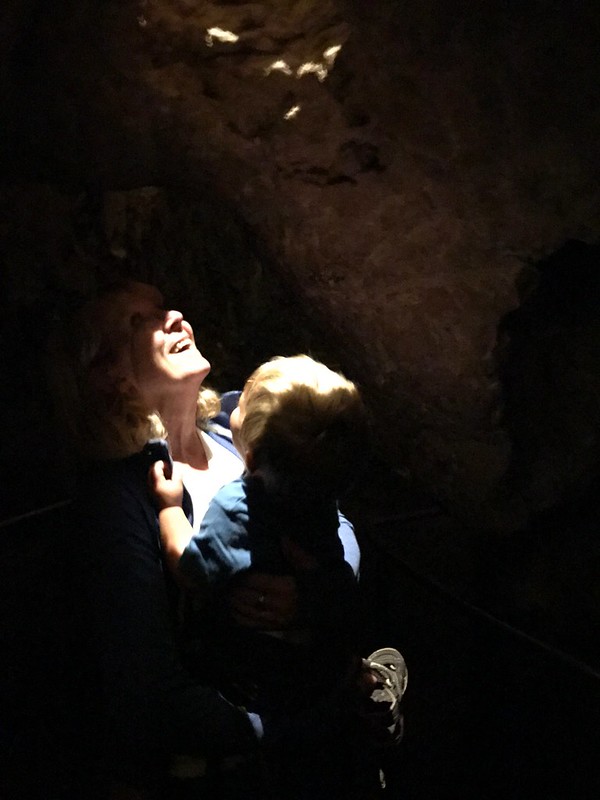 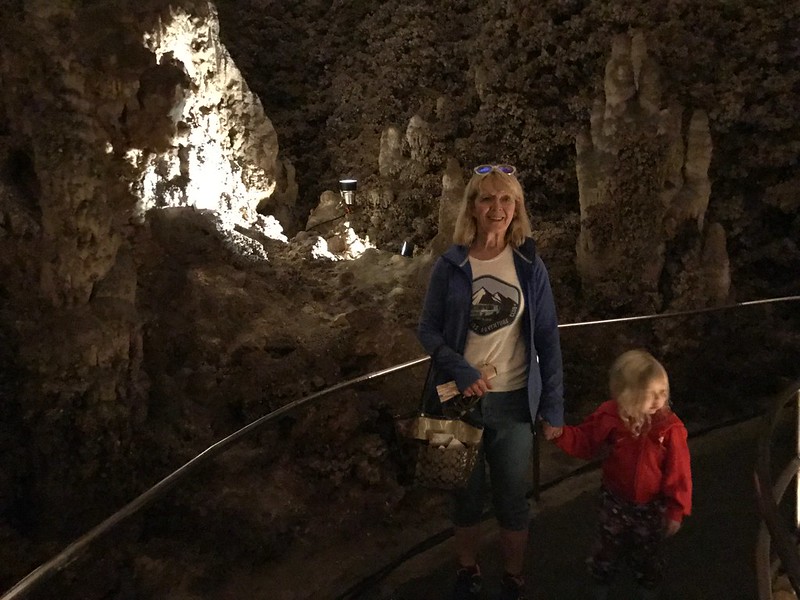 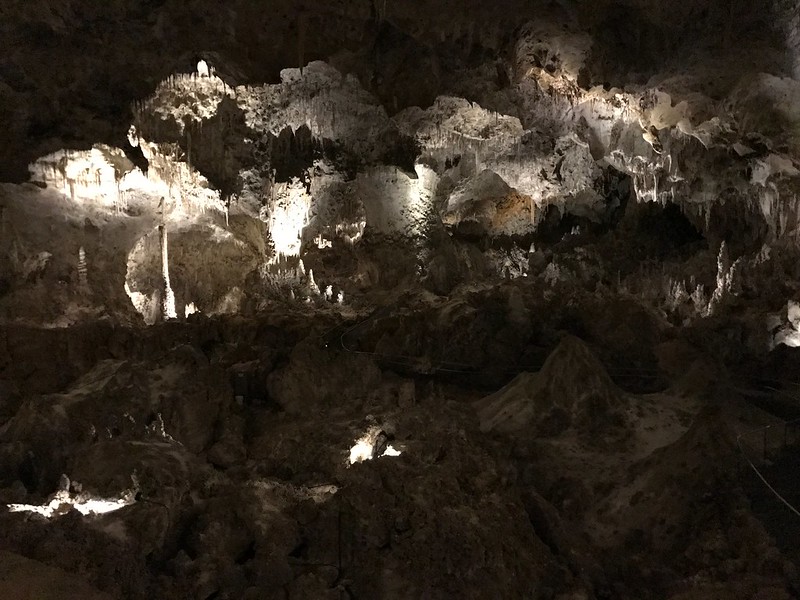 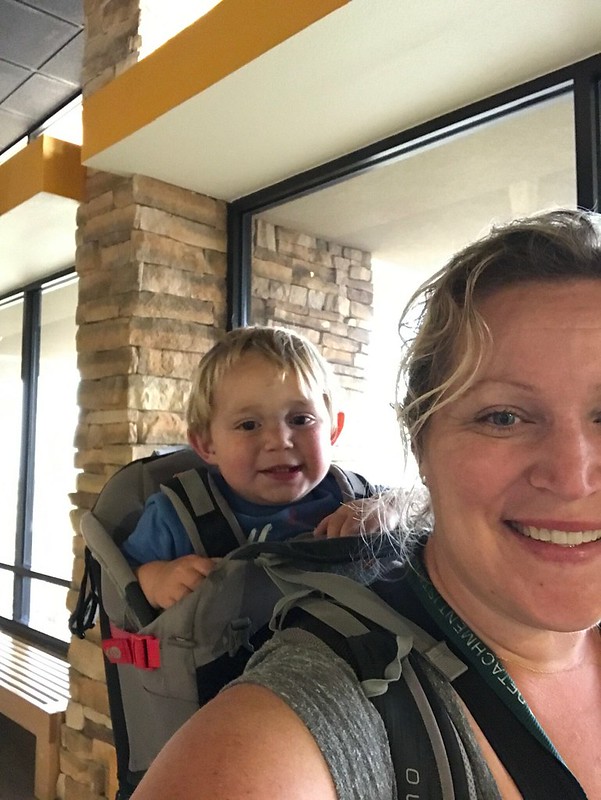 Evie has a toothache.  I looked.  Even I can see it.  She has a major cavity between 2 molars.  Of course, she does.  She has bad teeth genes on my side.  That should come as no shock... anyone who reads...

We received an awesome email from J.  He's not one to waste time on drivel - so he gave us a bulleted list of things he'd like to know about.  Awesome.  We're accepting more input. A lot of J's questions...

We pulled up to the city campground office and I got out of the RV to draw in my first breath of fresh Arkansas air.  This is my first visit to this state.  It's about what I expected - hot...