Daily LifeinterestingPlacesThe Story of Us

These last few months have been hurtful to the old pocketbook.  We stayed well outside of the valley to facilitate Scott’s interview.  We moved as far as we could east and south to a place that was recently flooded by all the rain.  While the owners don’t seem terribly motivated to get everything back in working order, the people in the park were friendly.  We had the only little people who used the playground and I started teaching Evie and Jack how to play PIG on the basketball court.  Can you imagine… me of all people?!  I’m not a basketball player.  Never have been, never will be.  But it should be illegal to not know how to play arguably the second most basic playground game in existence.  (It’s hopscotch.) 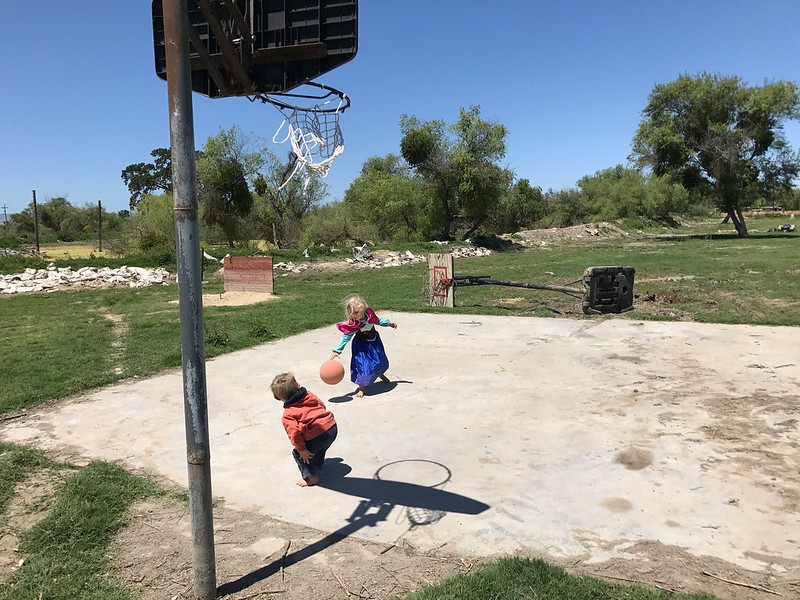 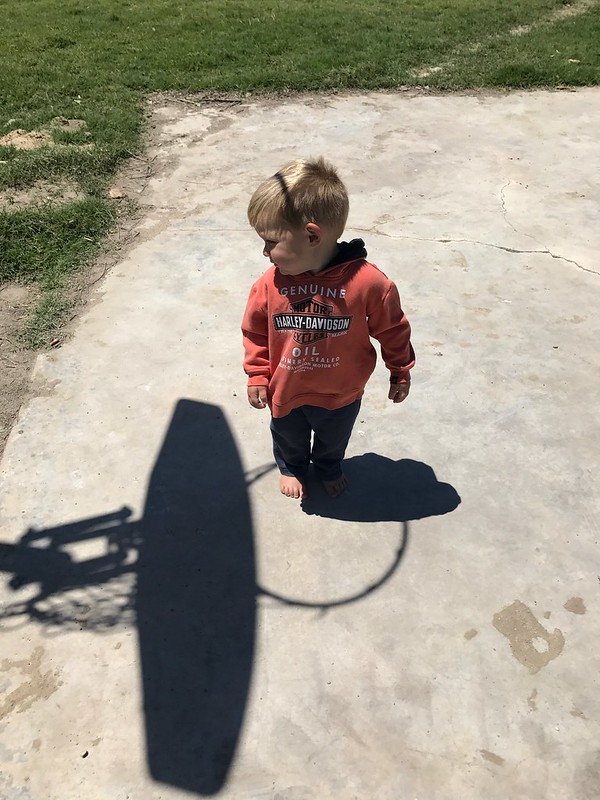 She’s so close to being able to go across herself.  We alternate.  She works on that.  I work on pull-ups. 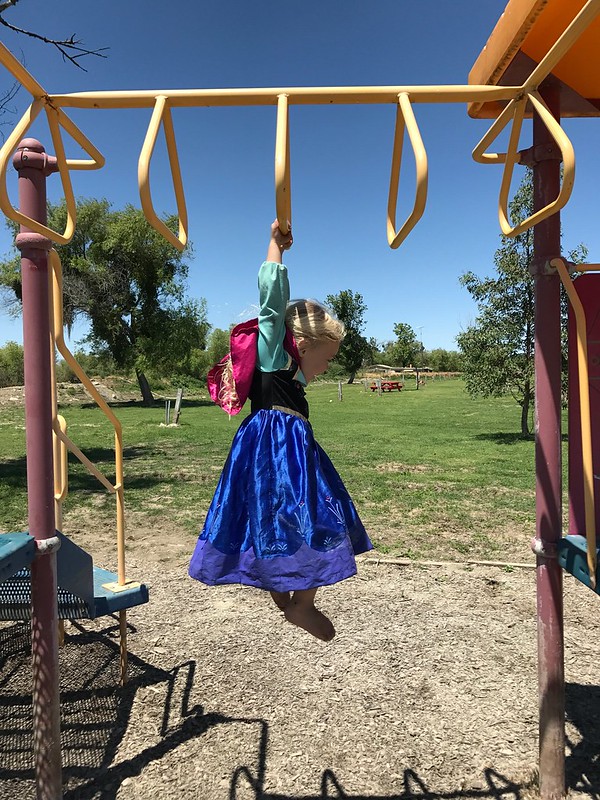 Painting her new piggy bank.  Evie has started paying for us whenever we pay in cash.  It’s imperative that she learns how to know if she has the right change or not. 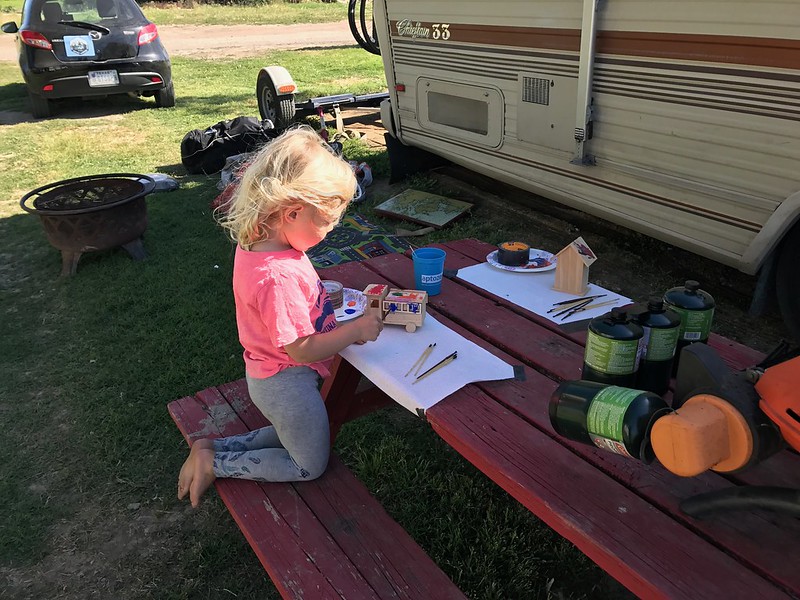 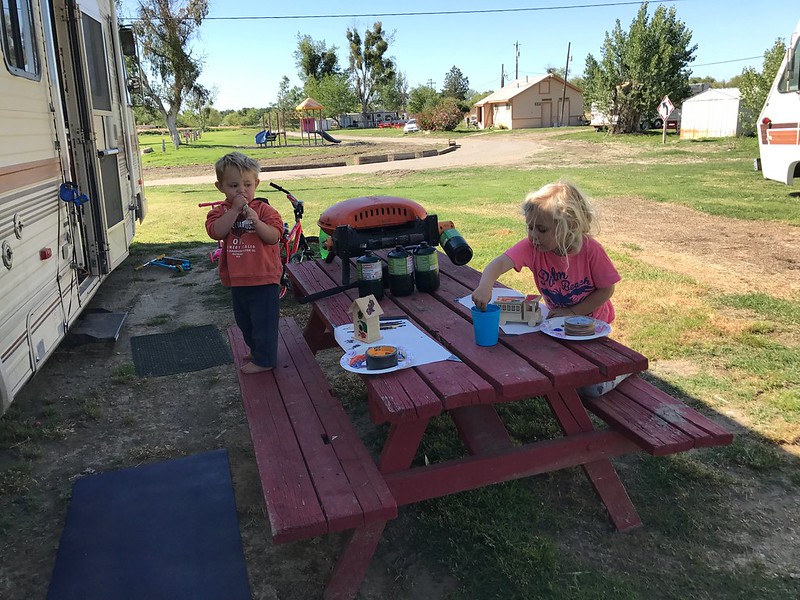 Jack loves to paint himself more than any other object on Planet Earth. 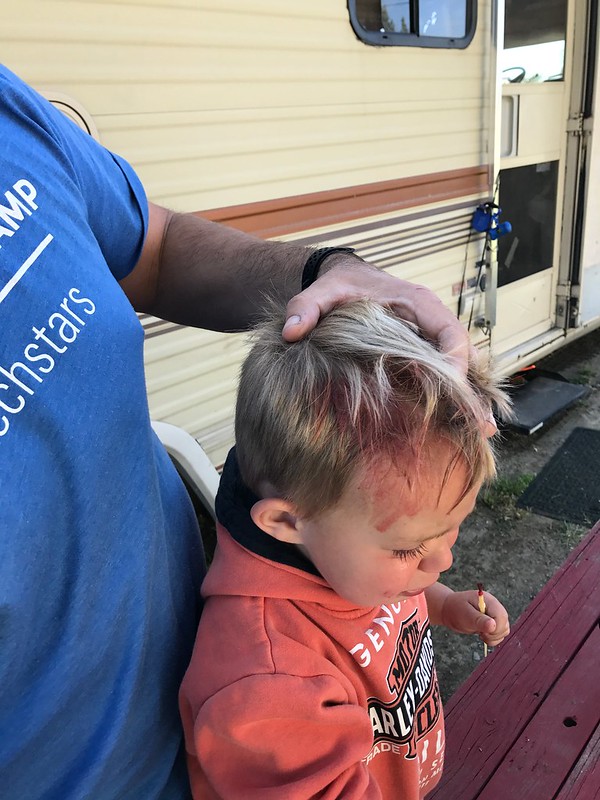 We also made fresh salsa. 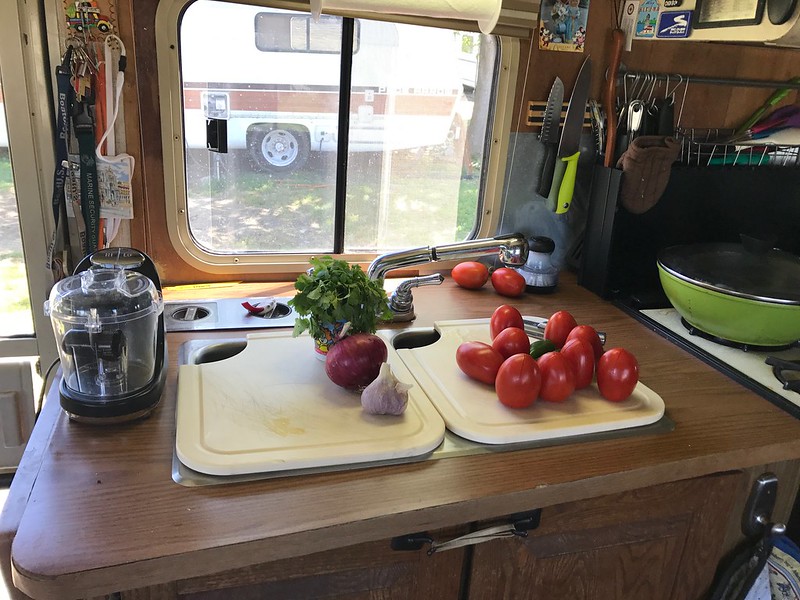 And there was no lack of mud and dirt.  They were happy for days.  Since the bathrooms weren’t operable and there was no shower, I didn’t always share their enthusiasm. 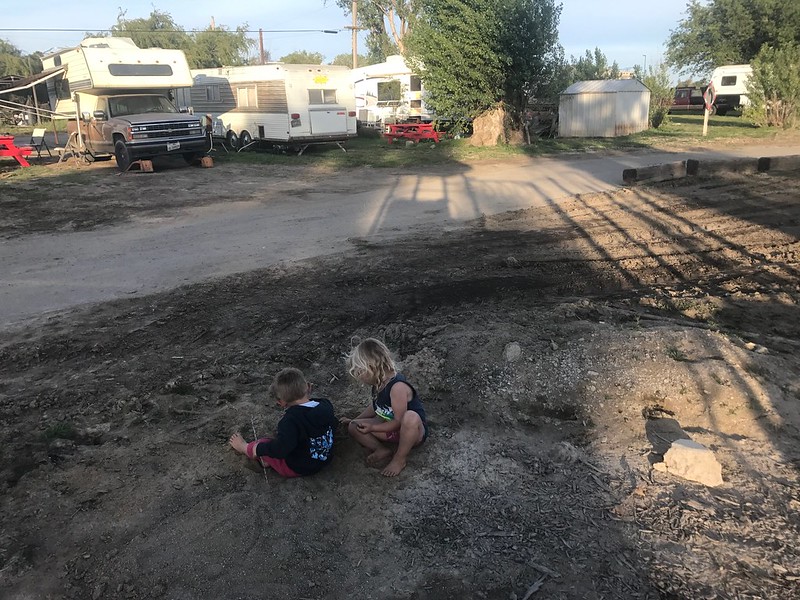 Finally… the day of the interview arrived.  Scott left early in the morning.  We left a few hours later – the plan was to meet up at a truck stop on I-5 for the night.  So there I am, with both kids, doing a solo drive day.  I put the key in.  Roared to life.  Happy me.  Off we go.  I put it in drive and hit the gas.  Ka-chuugggaaaaaaaa…. stall.  Huh. Weird.  I tried maybe 10 more times (because… you know.. it might get better).  Since Scott had business to deal with I didn’t want to bother him.  I called my brother.  Feather the gas.  “Something is wrong with the gas or carburetor.”  Ok… I tried that and it worked sort of… I moved.  I got off the phone and tried again… nope.   So I called Scott.  Ooops… he left the RV running on the aux tank which only works when it wants to.  I flipped the switch and we were off.  The people in the park clapped for me as we were leaving which made Evie and Jack giggle and clap back.  Yup… nothing like an amateur mistake to garner lots of “atta boys”.  Whatever.

We pulled into Harris Ranch – famous for their steaks.  We watched airplanes and helicopters land and then I did something I’m still surprised by… I got out my exercises and a pad of paper and I worked out.  I had Evie keep times for me so it was great practice with numbers.  Then we set-up Amators Olympics on the grass and played.  Working out is so much easier when it involves playing tag with them (which is a brutal game, by the way). 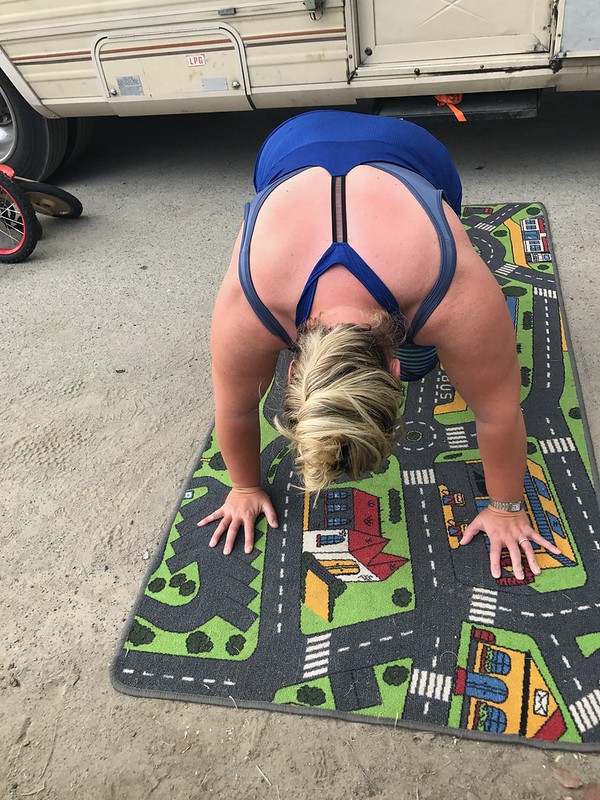 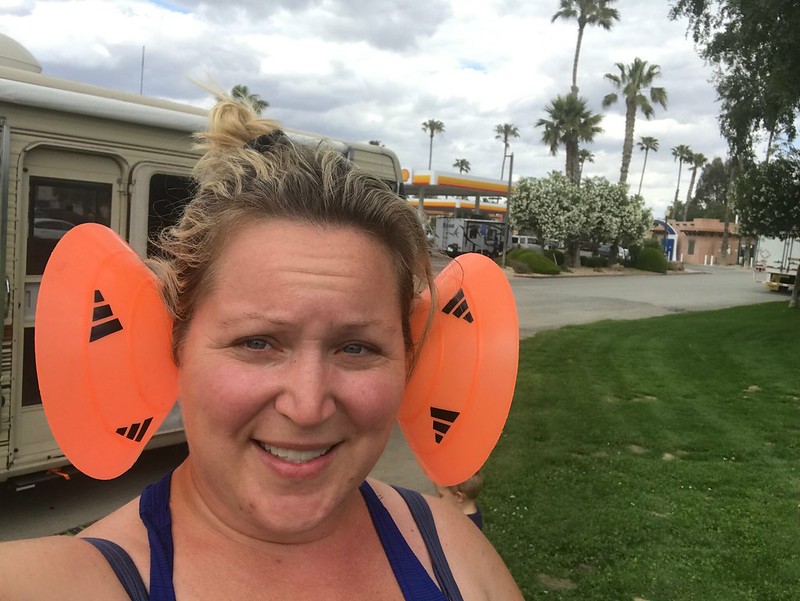 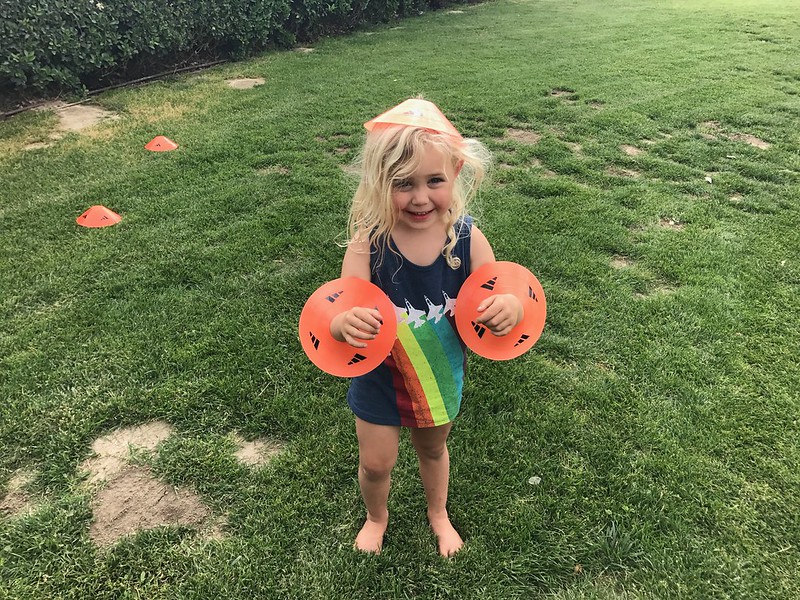 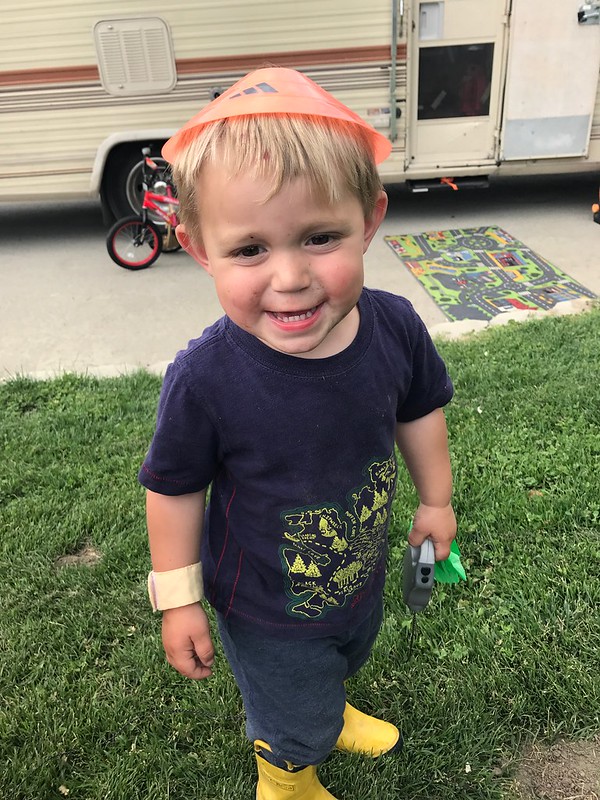 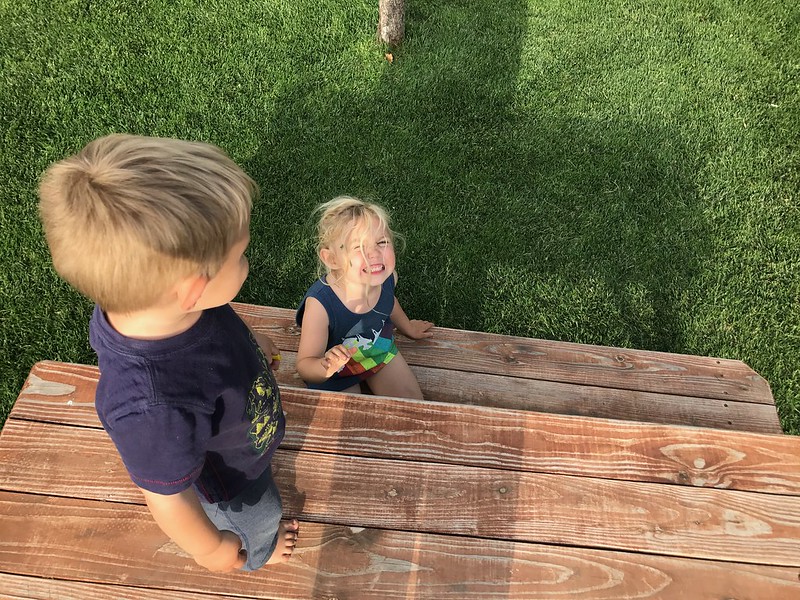 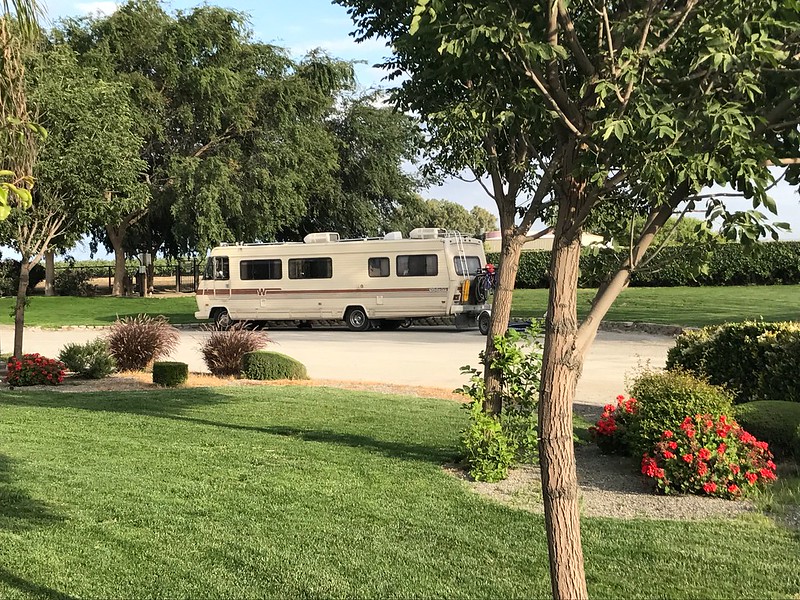 We headed out the next morning through some remote parts of California.  The Mojave isn’t the first thing that comes to mind with this state.  What a pretty place.  We found ourselves driving down the road and randomly saw this.  (By the way, that road is Rt 66) 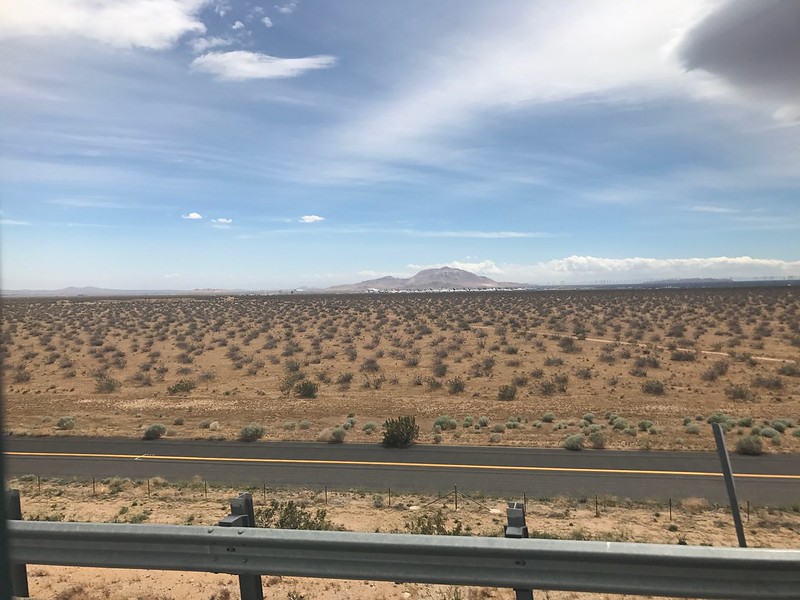 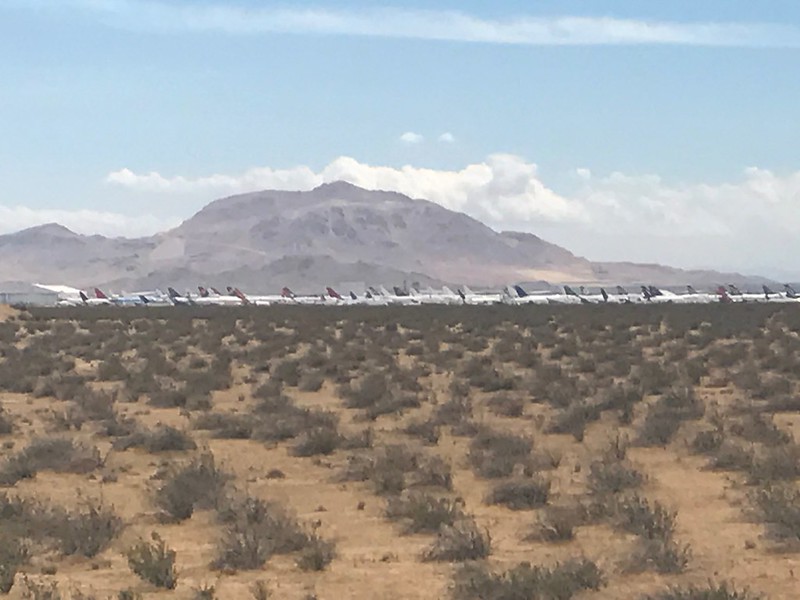 Is there a major airplane graveyard out here?  Or is it a refurb center?  No idea… but it was so unexpected and so large we were got a solid 10 minutes of entertainment out of just looking at it. 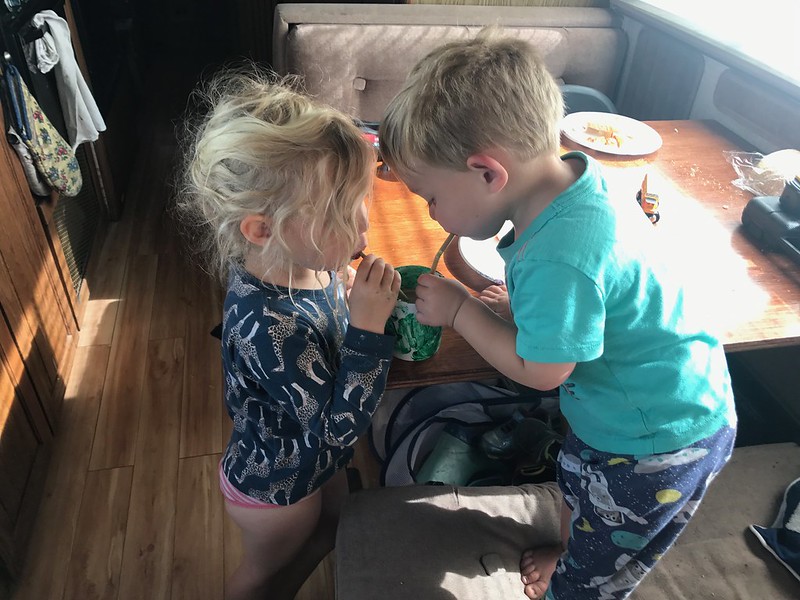 We're heading into friendly territory - at least I hope it's friendly and not $$$$$$ territory.  We're taking the Chief to it's mothership to get tune up.  On our way north, we need to make a few overnight stops so we...

This is how you pull off Thanksgiving on the road: Pull out of your cherry spot in the dry lake bed in Joshua Tree around 10 am.  Head due east.  Drive through some of the most desolate territory in the...