Daily LifeinterestingoddThe Story of Us

Quest For The Antidote

Scott and I got to go on a fairly rare date night.  I always make sure I have my passport ready and a spare set of socks.  These sort of nights have a life of their own.  Always Be Prepared.

We started out with a quick bite to eat at Gritty’s pub (good beer), then headed to the local library for board game night.

Look, this was not a standard go-to date for us.  No bad juju intended, but I have to be honest, I’m not normally a game person.  I play a mean game of cribbage thanks to my Dad and I would play Monopoly if the kids twisted my arm.  Beyond that, the game road ends for this gal.  Unless…. I know the person who created the game.  That’s never happened before.

Tom created Quest For The Antidote.  He honed it through hours of play with his parents (otherwise known as VVIPs to none other than Evelyn and Jack) and his friends.  Then, through willpower, tenacity and scrappy street smarts, he got it distributed!  That’s the holy grail of the game world.  It’s like getting a first novel published.

Now it’s exploding.  It’s in Walmart and Target and basically, it’s becoming part of the American lexicon. Get on the game train now or prepare to be left behind.  It’s wildly successful…. and I don’t want to get anyone’s hopes up, but I told his Mom that if there’s a red carpet in the future, it’s mandatory attendance.  I’ll be there (even if I’m not invited).

We went to the library to play with Tom.  To prime myself, I played multiple rounds with Scott, Grammie Denise and Nate over the Christmas break.  Bring it on… I’m essentially a self-made expert at the game.

Turns out, not so much.

I got some of the rules wrong (not because of bad instructions, because I may not have read them).  Somehow I didn’t use my Meddling cards effectively.  I got schooled.  {Side note: I also learned that the man I’ve been married to for almost 10 years was a secret D&D player in his youth.  (If you know what that means, I’m going to assume you were too and…. I can be judgey, so it’s best not to tell me.)  So glad I didn’t know that when we were dating.}

Tom was a great showman.  He’s clearly comfortable in front of a crowd.  Although I gave him a run for his money, ultimately he lost.  Ha! (Full disclosure, so did I.)

I demand a rematch! 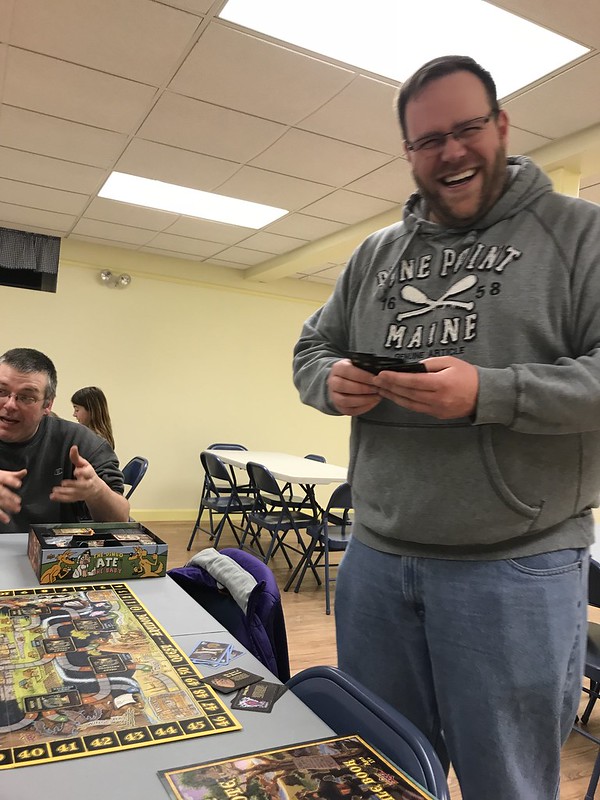 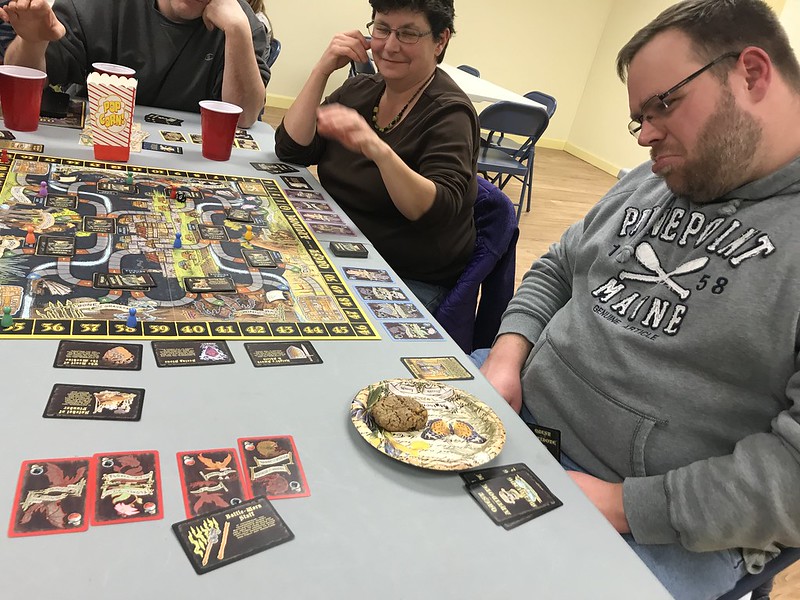 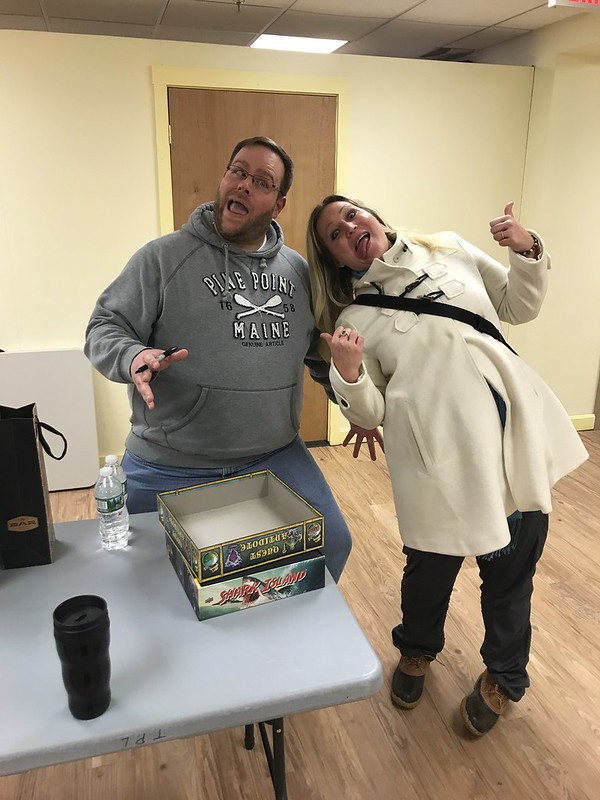 Literally as we fired up the Chief to drive away from Reno I checked the website and the chains restriction was lifted on Donner Pass.  Until I saw that, we had been planning to head to Lake Tahoe, overnight and then...