We have now arrived at that part of the movie where morale is in a nosedive.  Normally we’re fairly immune to small disasters.  In fact, I generally find mishaps charming and funny.  However… we’ve taken one too many broadsides and we’re taking on water.

Three days ago we were those people… the ones on the side of the road watching all the healthy happy working cars zip by.  We’re becoming good at breaking down… maybe it’s our heretofore unknown super power?!

Where do we stand?  A couple of weeks ago we spent about $4k on the suspension.  Despite initial optimism, it continues to have an air leak.

Driving away from the KOA campground on Monterey Bay we started to hear something weird.  A few more miles and it sounded like….. chains… But how could that be?  Did I mess up attaching the dolly? We have an always-on camera behind us and could see the car wasn’t having an issue.

Scott, “Help me find a place to pull over.” Maybe another 0.5-1 mile passed.  We were entering a town (Watsonville, CA if you know it).  Scott {with a hint of impatience}, “Still looking for a place…”  Me, getting that unmistakable feeling in my gut, “No.  Nope.  Pull over.  Right here, in the middle of the road.  People can go around.”

I hopped out to have a first look.  While I was outside, Scott started to smell ‘hot’ and he was ripping the kids out of their car seats, emergency evac-style, by the time I reported back that the frame was sitting on the rear tires.  Scott (in steady command voice), “Look for smoke and fire.  Now.”

The hot he was smelling was from the tires rubbing the frame.  No fire. No smoke.  No immediate emergency.  Thankfully the tires weren’t ripped to shreds.

We tried to re-pressurize the system with an air pump right there in the middle of the road.  No joy.

Not much else to do but call in the insurance for a tow.

Interesting folks were walking by.  One helpful fella even brought us the number of an RV repair shop in Santa Cruz (about 30 miles away).   Seriously, how nice was that?! He was an old surfer type and just as friendly as could be.  However, others walked past with an eerily vacant look in their eye.  I get totally, 100% creeped out by that look.

I don’t want to be rude.  I just get the sense that we may have been in a place that… well who knows for sure.

Someone hit the dolly because they weren’t paying attention.  No damage.

Five hours into it and we were still in the middle of the road.  Traffic figured out to go around us more or less.   The meter maid stopped by to give us a ticket because we’re in a red zone but he was gracious when we talked to him and he waved every hour as he went by.  We called the local police just to let them know we were having an issue and dealing with it.  We then had 2 visits from cops on motorcycles, the second one was particularly stern.  He wanted us to know that we couldn’t just block traffic.  Thank you, Sir, for that timely observation.  We really wanted to be stuck on a creepy street and intentionally elected to cause other people heartburn when they weren’t smart enough to use the clues (4-ways, orange blanket, white towel hanging out the window) to go around.  Good job.  {Yes, my smart mouth often gets me in trouble.  That’s why Scott usually does the talking.} 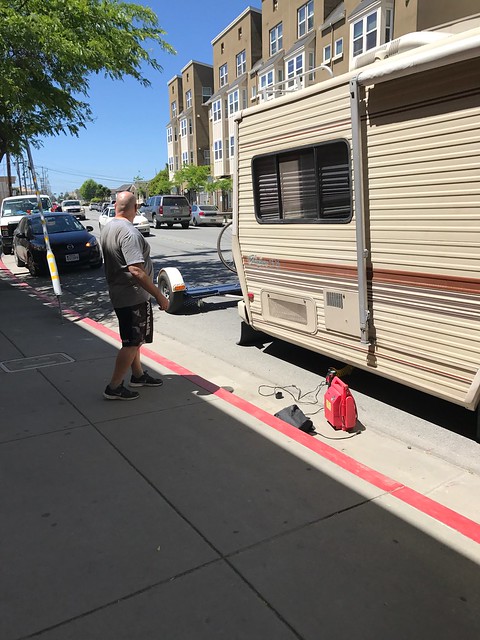 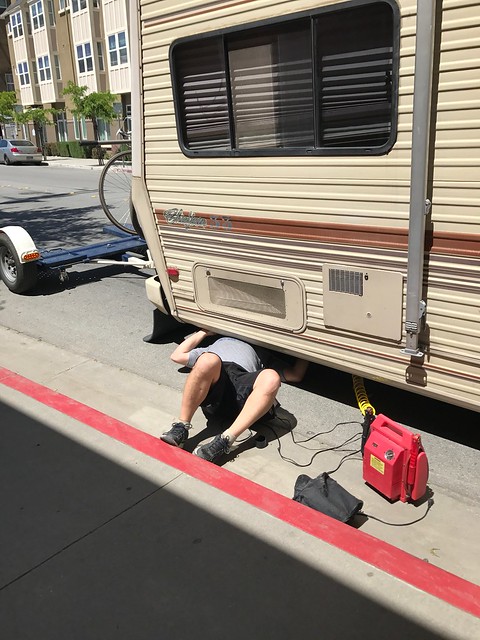 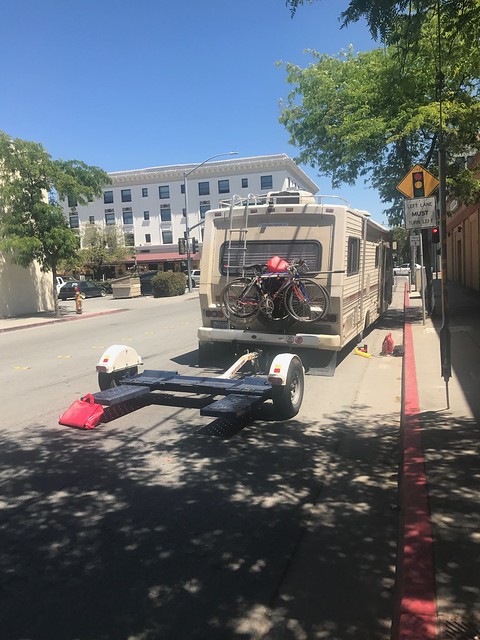 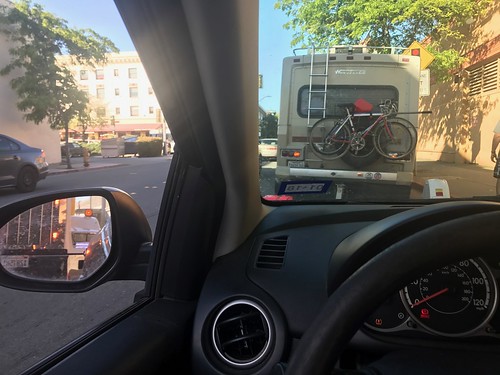 The tow trucks (2 of them) couldn’t tow us but were able to wedge a hammer under the frame to keep it off the tires (surely a super safe, anal-Annie-approved temp fix).  We limped to a local Chevy dealership.  According to CoachNet they agreed to do the work on it.  They took us in the next morning.  That was 3 days ago and here we are, still in Watsonville, CA.

We’ve spent 3 nights in a hotel.  Each afternoon we’re expecting to have the RV back, so you can imagine it’s getting old quickly.  If we knew it would take this long we could have done something fun like drive down the coast.  Instead we’re in middle Monterey Bay purgatory.

Night 1 we went down to Monterey and actually had a blast.  The hotel kind of sucked (a Comfort Inn that was rocking in the 50s) but we hit up a great farmers market for dinner.  Then we walked down to the wharf and watched 2 sea lions play (I’m not sure they were playing but we’ll just go with it….)  The next morning we had no plans and Scott saw a sign for a 17 mile scenic drive.  If you’ve been to this area, you know that drive because it’s… like… world-famous.  We found ourselves at the Pebble Beach golf course.  I kept an eye out for Tiger.  Before you get any fancy, hoity-toity ideas, that night we were in a dirty Motel 6. It’s ups and downs for us right now.  Tonight we spent an extra $20 and got a surprisingly nice room with free espresso. 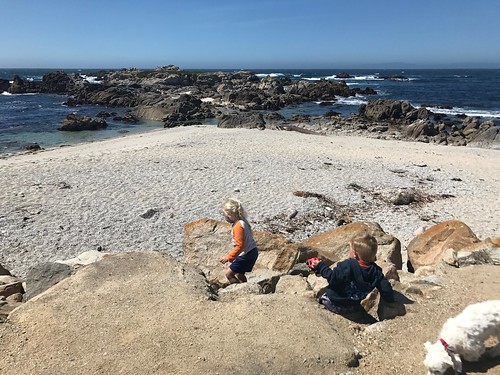 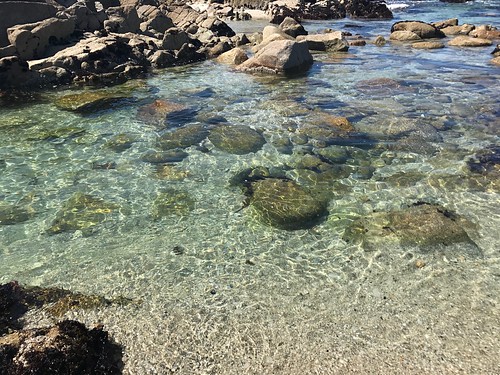 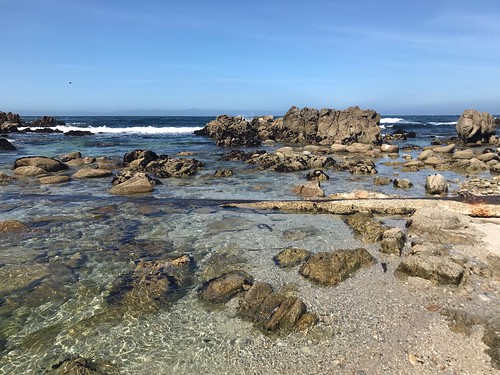 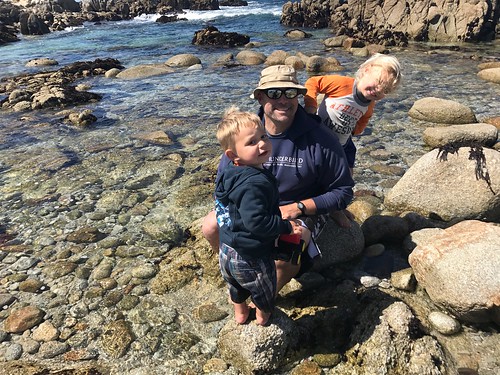 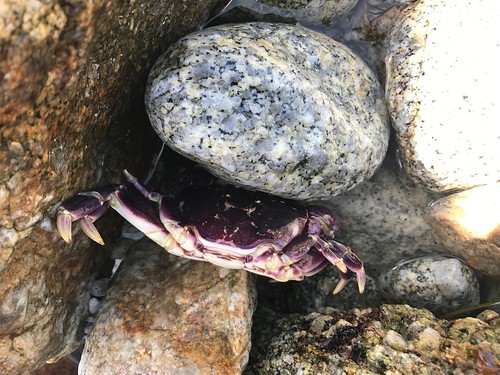 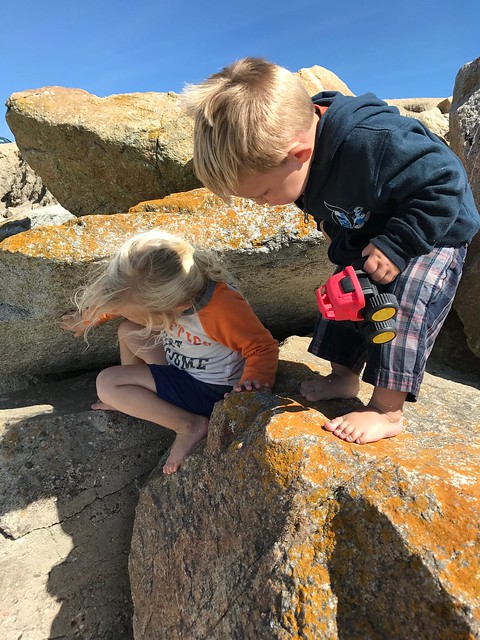 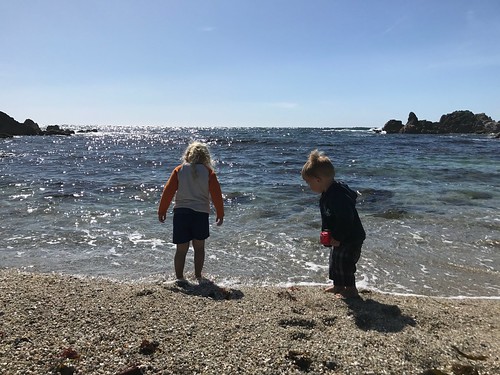 I’m not sure if it’s because they know their parents are stressed or what but both kids are being asshole-y.  I know… it’s illegal parenting to admit that.  Tell me where to pay the fine.  Normally helpful and happy Evie has become sinister in her craftiness and Jack is crying because his shadow won’t leave him alone.  Oh.  My.  God.

Bottom line – it’s moment to moment.  Sometimes things feel great.  Sometimes we’re pulling our hair out.  Getting the RV back would go a long way to rectifying the latter.  Always always always, however, I remind myself that we’re healthy and capable and together.  We have absolutely zero grounds to complain.  These are the good old days.  Don’t think I’m forgetting that even when I’m pissy. 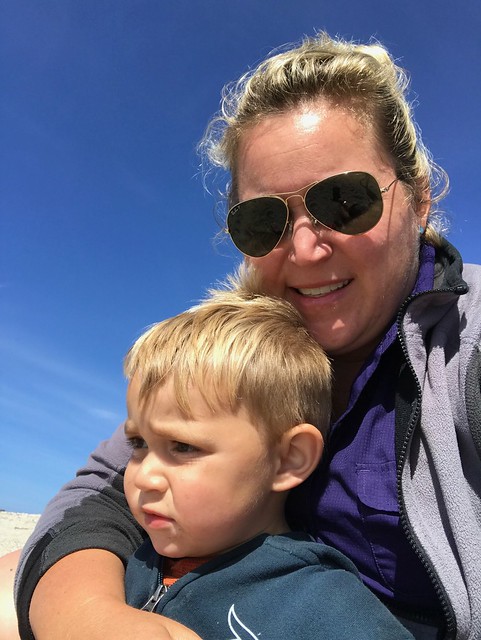 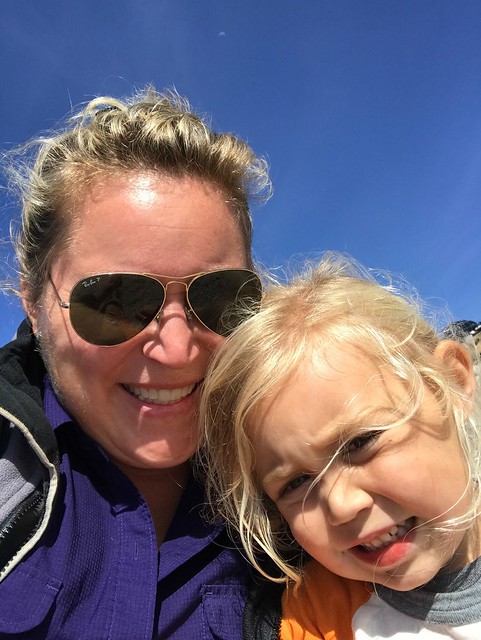 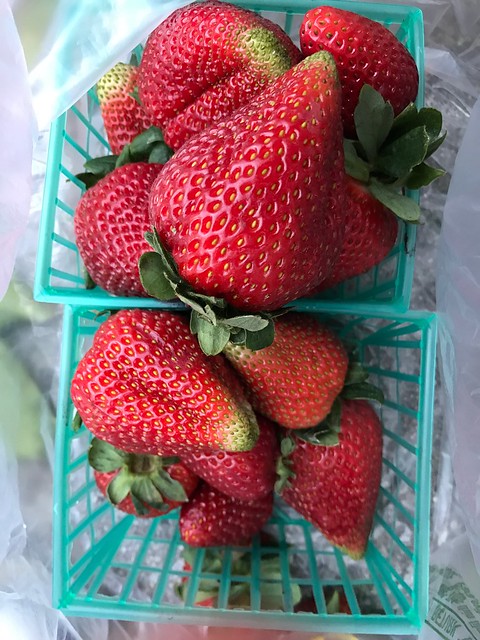 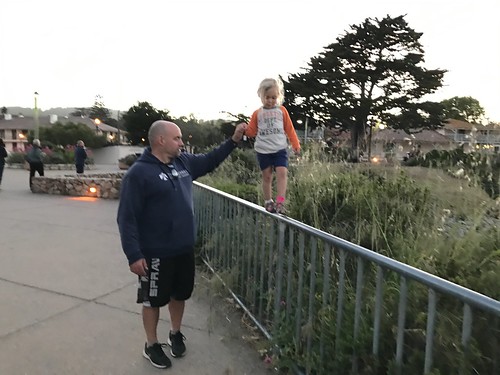 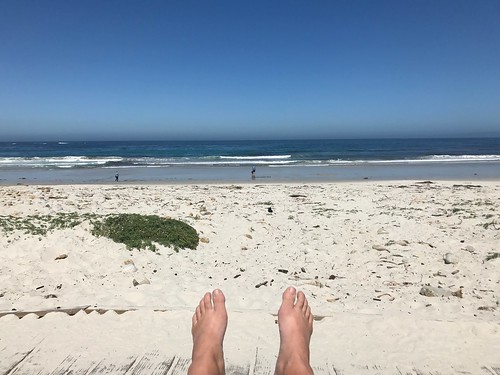 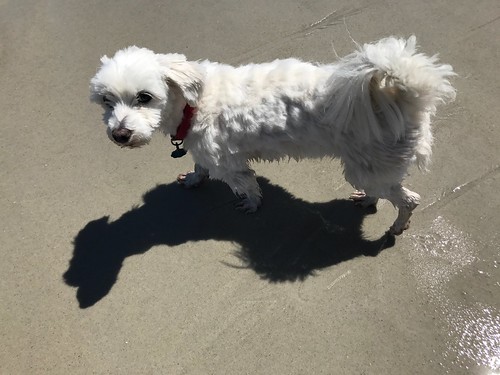 In their only clean clothes I still have left: 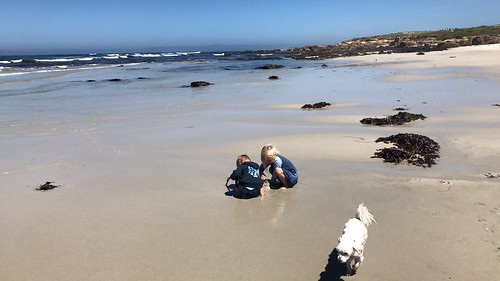 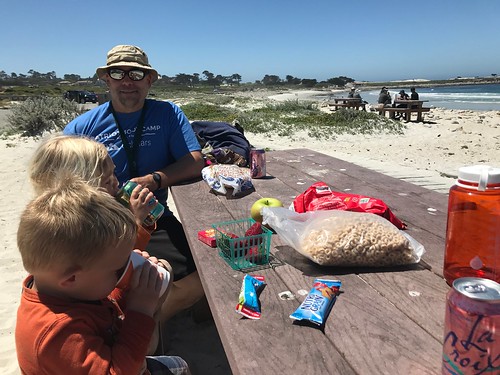 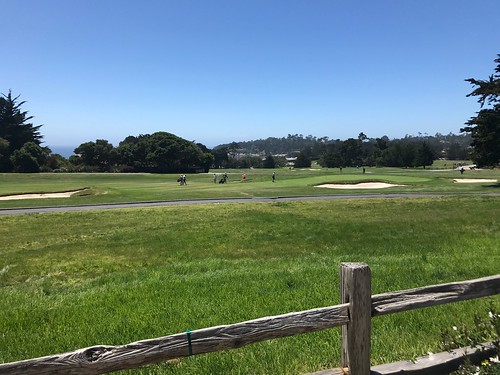 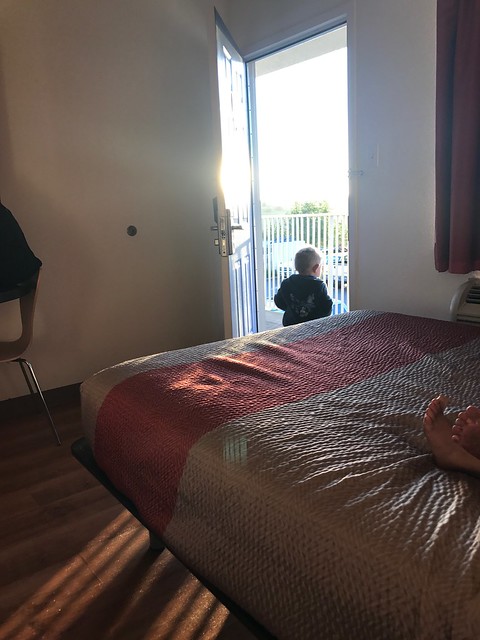 Scott went to Target to buy diapers and returned with glass wine glasses…. because Motel 6.  He couldn’t be more awesome. He’s the best partner a woman could hope to have on life’s adventure. 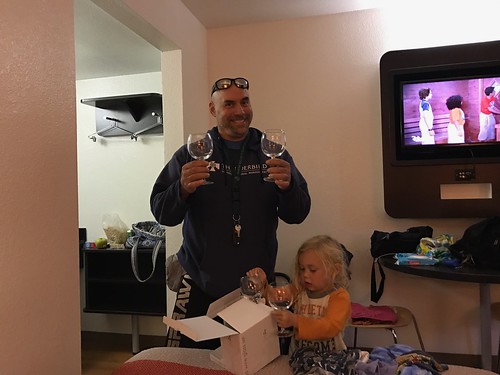 Traci’s Picks (Once again, these links may lead to commissions for us.  I only post things I use and like.) 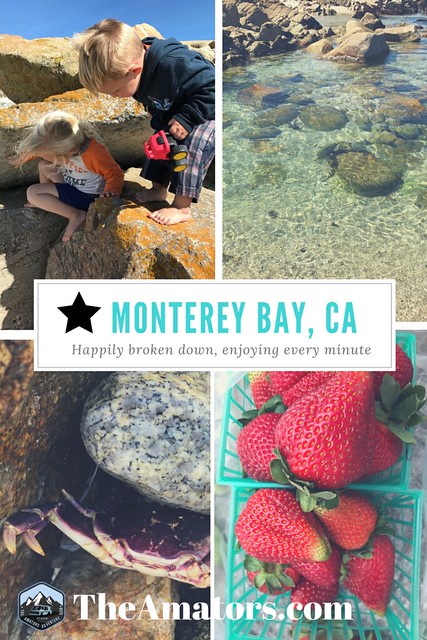 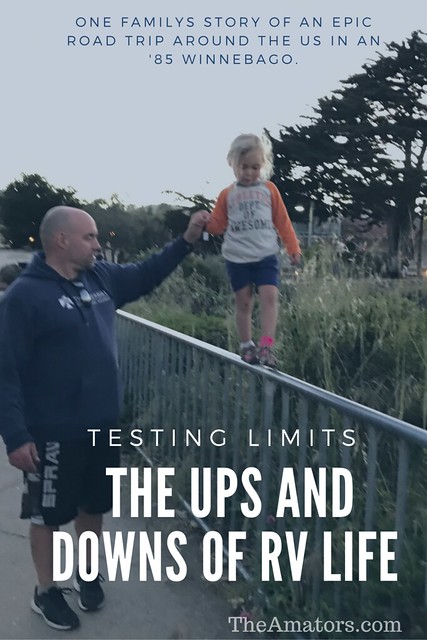 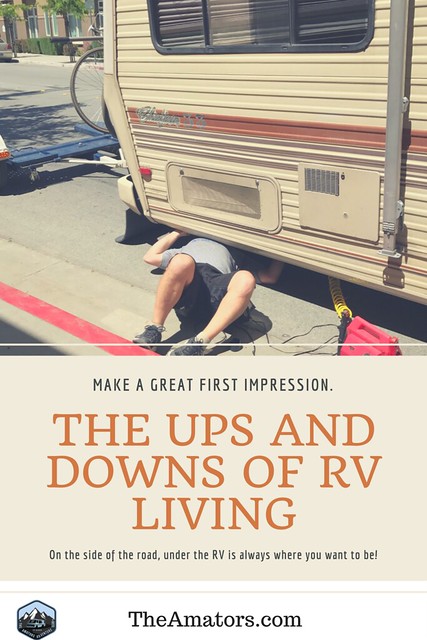 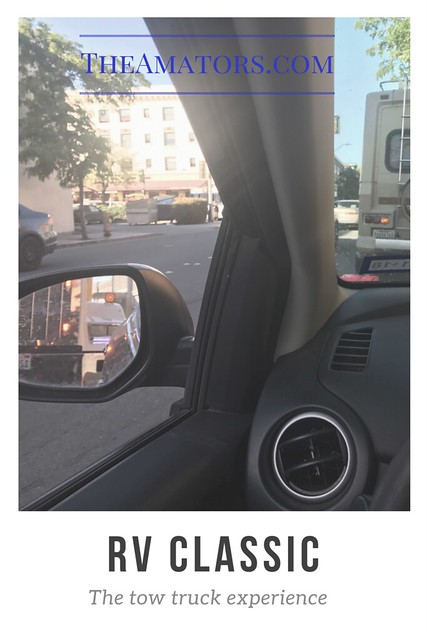