Daily LifeinterestingPlacesRepairsRV InfoThe Story of Us

DISCLAIMER: I may make a commission off of the links on this page.

Total cost of the repairs in Watsonville: $800 and some change.  I think it was $350 for parts and the rest was labor.  They replaced the solenoid in the air compressor and fixed some lines that were sheered off due to improper installation (i.e. the work from the other place in CA).  They also replaced a cable from the battery to the starter. 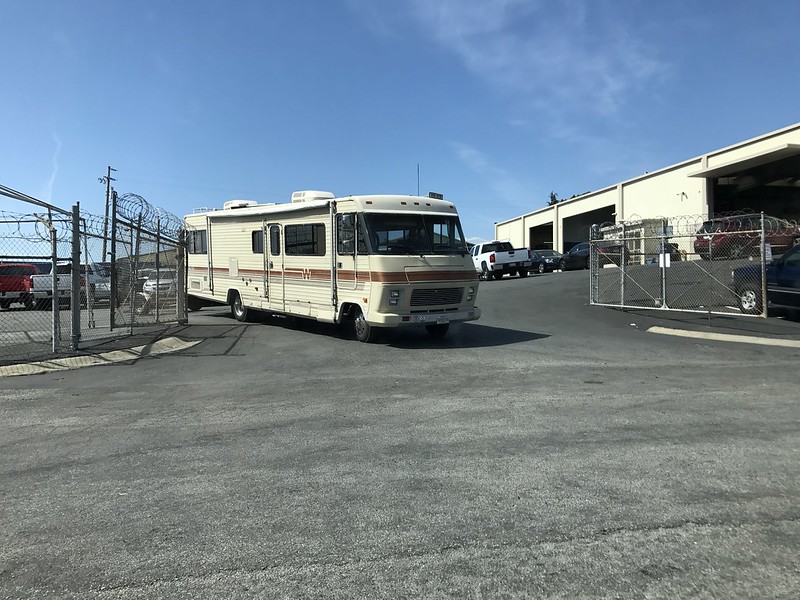 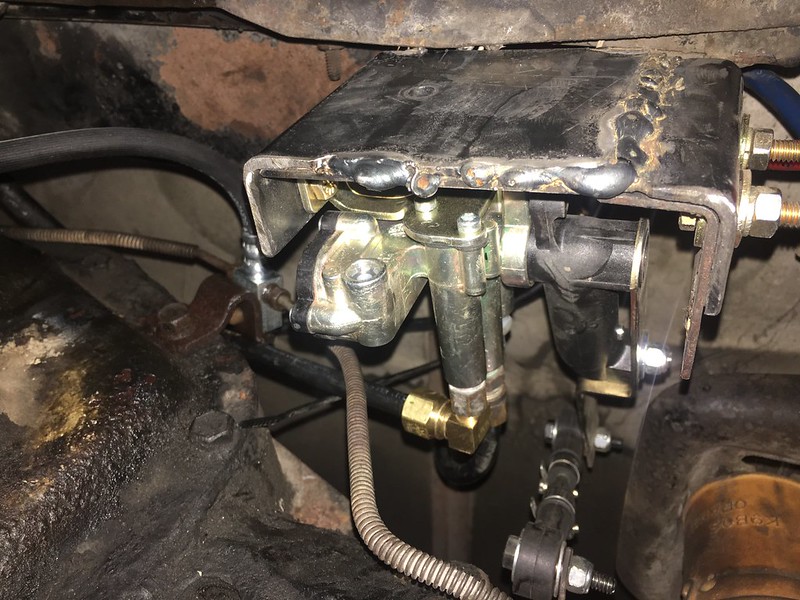 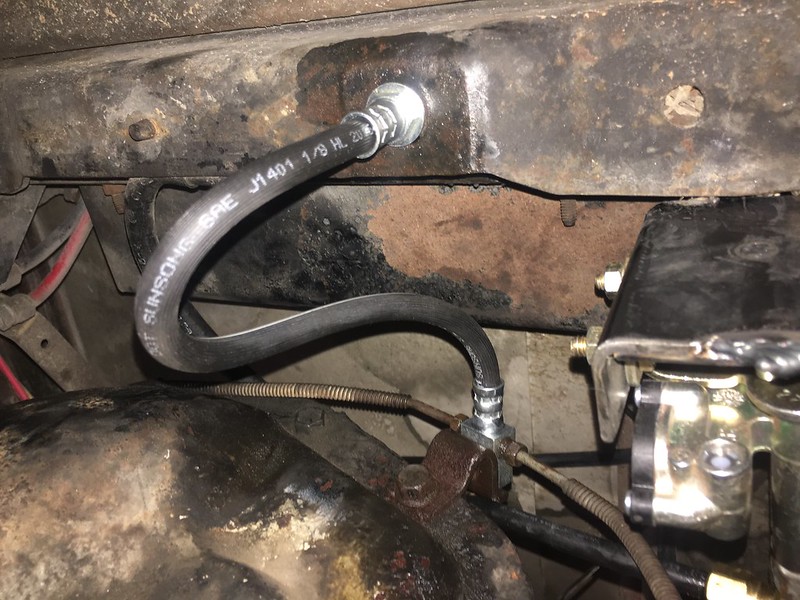 We got the Chief back yesterday.  Scott wanted to head straight to a campground, so we did.  Thankfully, it was 100% full.  Next we headed to my pick – a weird little road off Highway 1 just north of Monterey.  It’s unclear if most of the rigs are actually capable of moving…. it may be something of a living RV cemetery.  But it hit my two top priorities: free and legal.

Last night we learned there is still an air leak in the system.  Of course there is.

In a new twist, the garage wired the compressor to maintain equilibrium in the system whether or not the engine is running.  Before the compressor would only kick on if the engine was going.  Why is this bad?  Because the compressor eats the battery if the engine isn’t on.  Since the compressor comes on at least once an hour, we would undoubtably find ourselves in a pickle if we let it run throughout the night.  Scott pulled the fuse (something we will have to do every time we stop until we find that damn leak…. which, honestly, is likely to be never.)

It’s so nice to be back in our home, I don’t even care {that much} that it’s still not really fixed.  We slept in our beds last night.  We made coffee this morning.  We’re boondocking in the wild.  Pure happiness.

We had horrible wind last night and today.  Evie asked me how strong the gusts were so I told her 45 mph.  Then Scott walked in and she asked him how strong the wind would have to be to tip us over.  His answer, 80 mph.  *Mental Head Slap*  She may be new to numbers, but she knows those particular 2 are close enough.  She can be a worrier so that set those big eyes whirling in her head.  It took me forever to unscrew her from the ceiling.  Good job, Scott.  By the way, no way, no how are 80 mph tipping us over (not that I’d be willing to test it).

After exploring Rt 1 today we came home and I wrote some site reviews for Campendium.com and hotel reviews for TripAdvisor.  We’re a “trusted source” on the former and “in the top 15% of contributors” on the latter.  I get gold stars. I love gold stars.

Final story.  Last night Jack and I slept in the big bed, Scott took the foldout couch and Evie was in the overhead bed.  Jack woke up in the middle of the night and decided to move in with Scott.  He does that fairly regularly.  I let Scott know he had an inbound, a courtesy so he wouldn’t be woken up to a rogue knee or elbow.  Then I went back to sleep.

Much to the delight of my friends and family, I have night blindness.  No rods in my eyes means no seeing at night.  It can be annoying.  I deal with it and stub my toes a lot.  Scott thinks of it as a super fun opportunity.

When I woke up later to breathing inches from my face coming from the blackness, I did what any normal person would do: made a sound part gorilla, part 5-year-old school girl and slammed myself against the back wall of the RV with everything I’ve got in me.  Jack, thinking there were actually monsters behind him, didn’t know what to do.  He made a sound in an octave much higher than I can hear.  I grabbed him as fast I could and hugged him tight.  Both our hearts were pounding.

That’s when I heard the peanut gallery up front… big, giant guffaws of laughter.  So much for courtesy reciprocity.  Noted.

At the library for a sing-a-long.  Instead of looking at books, he’s going through my purse: 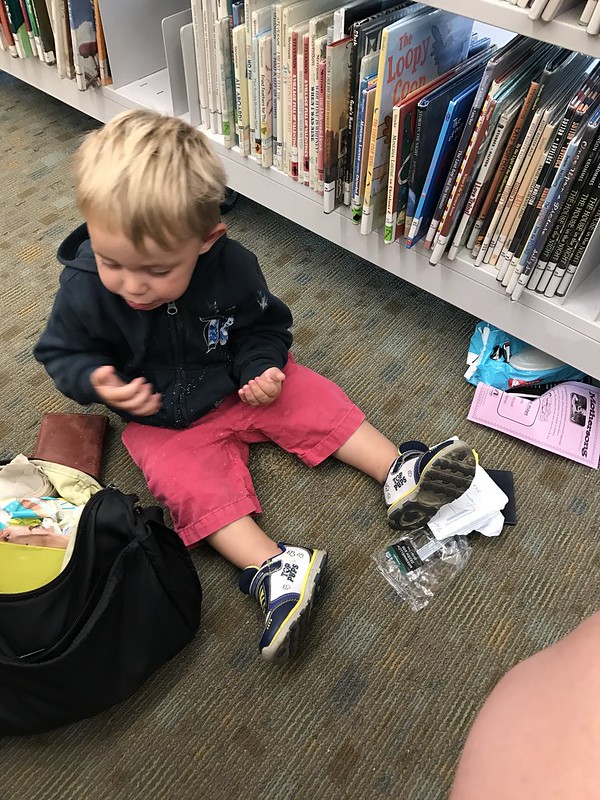 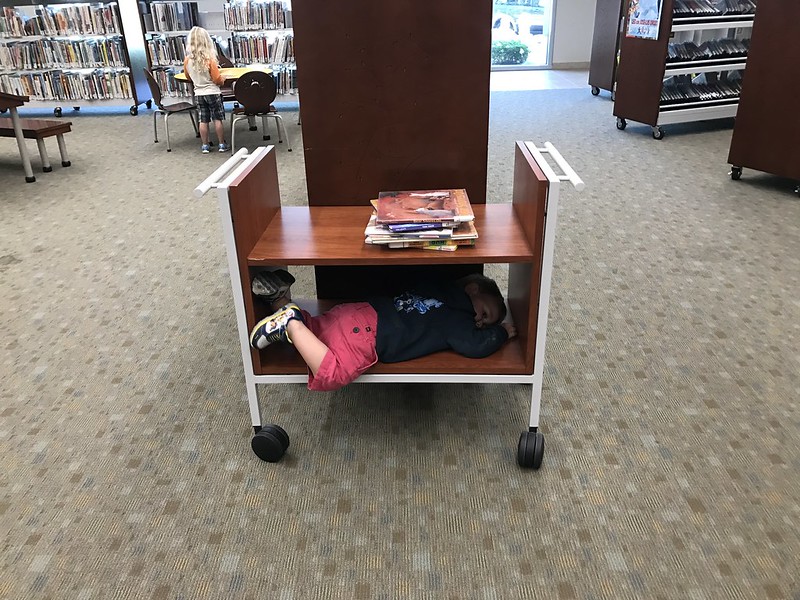 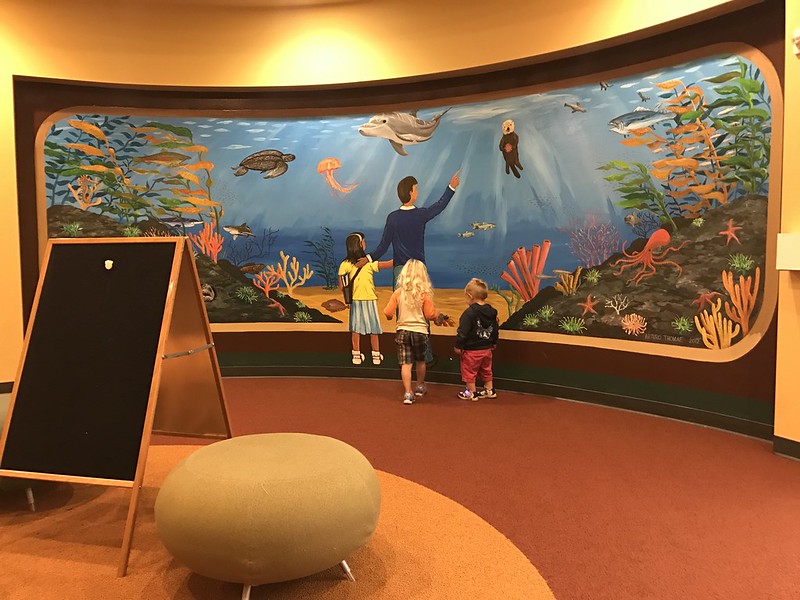 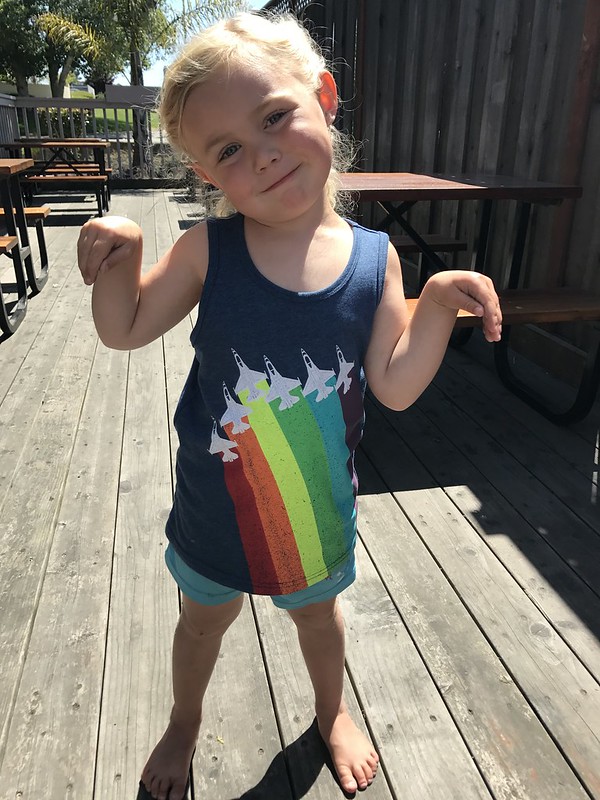 Here is how we’re going to find the leak:  soapy water.  Again. 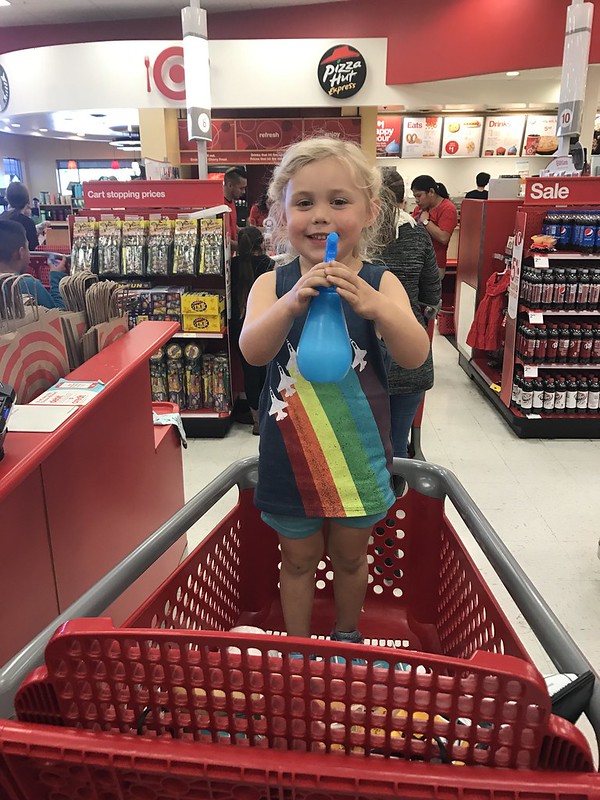 RV Row… my pick.  The neighbors are a little weird but who cares?!  The ocean is on the other side of that knoll, where the sun is going down. 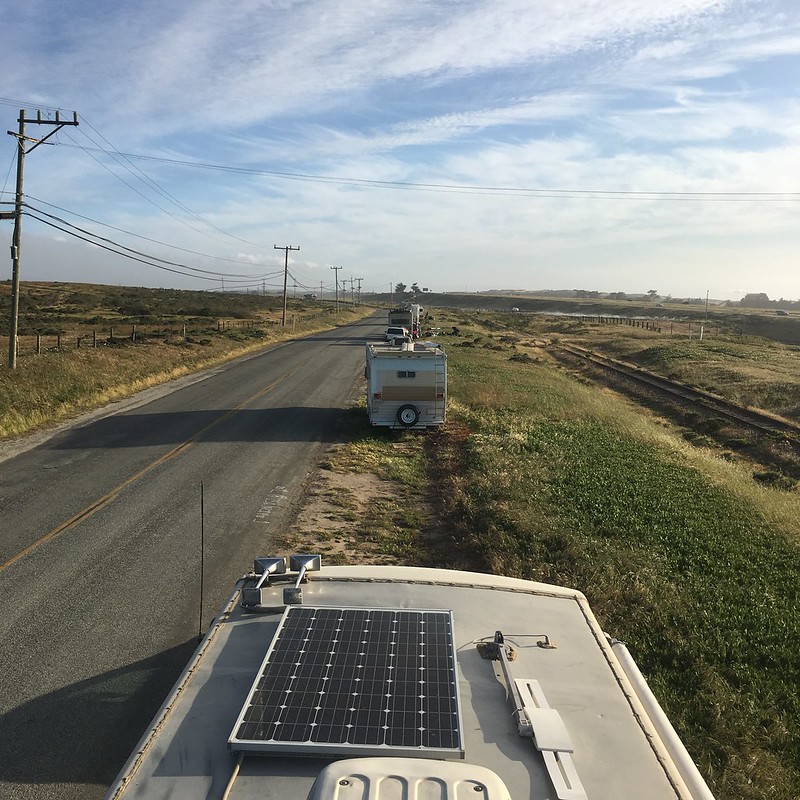 The few shots were taken by Evie in the car: 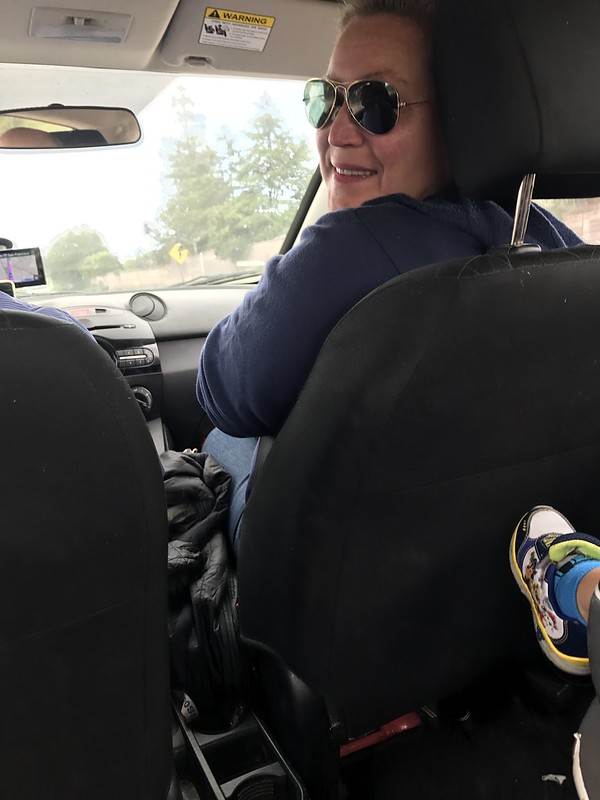 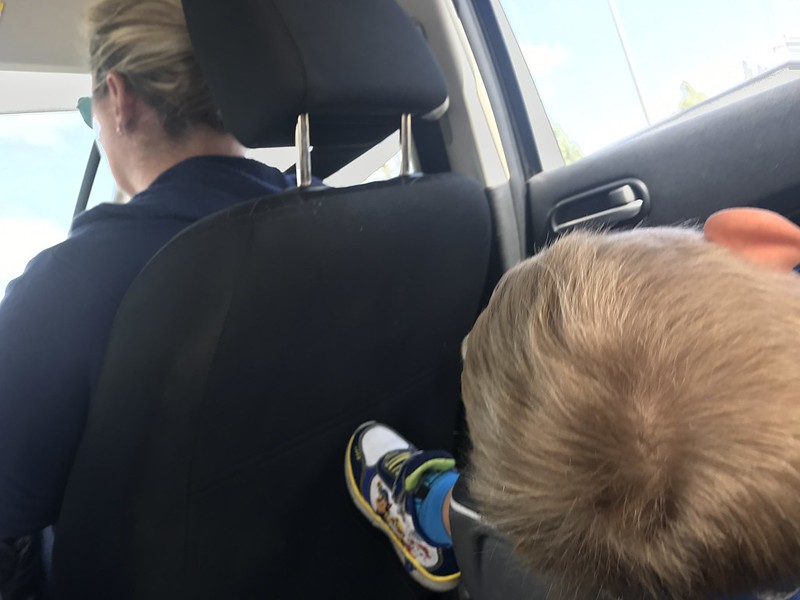 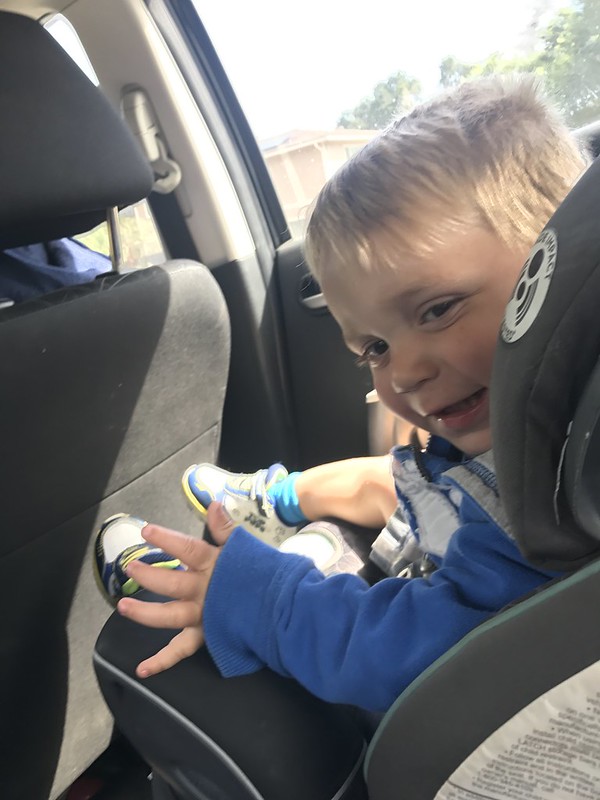 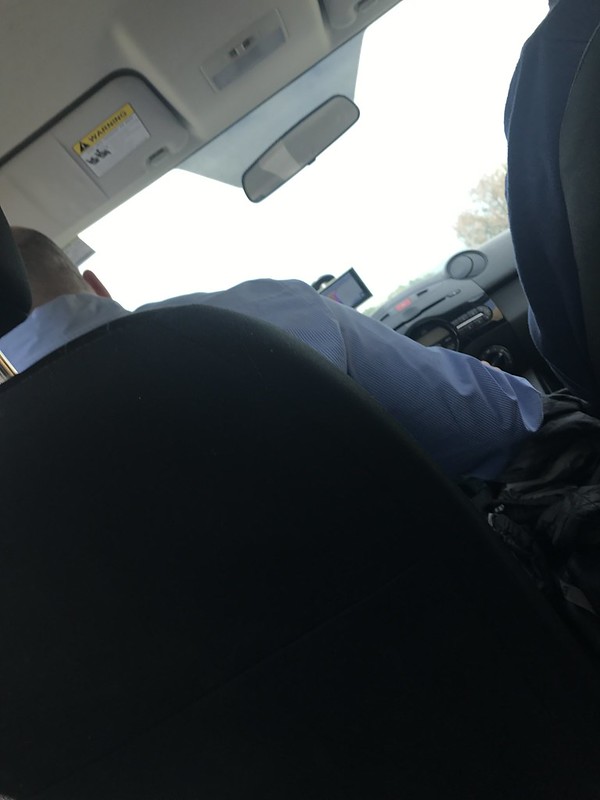 Measuring the RV for fun: 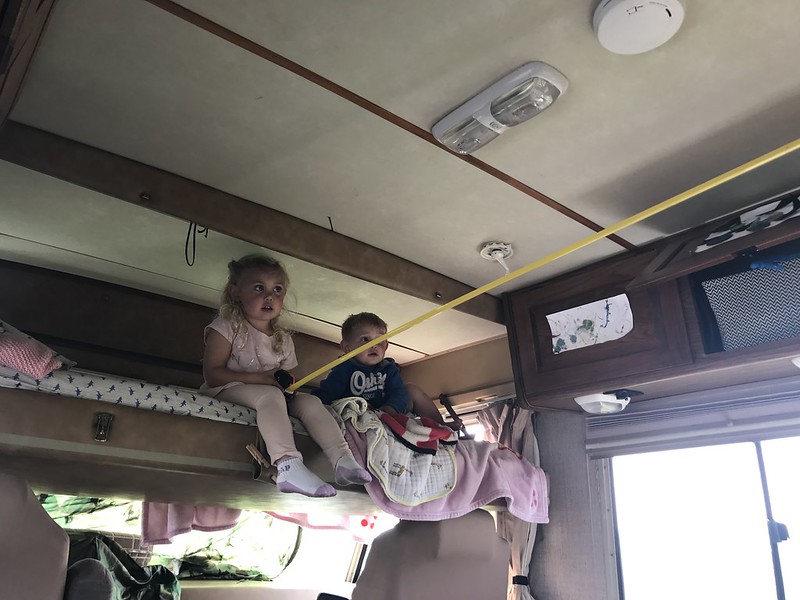 Building a Wack-a-Doo (her word, not mine): 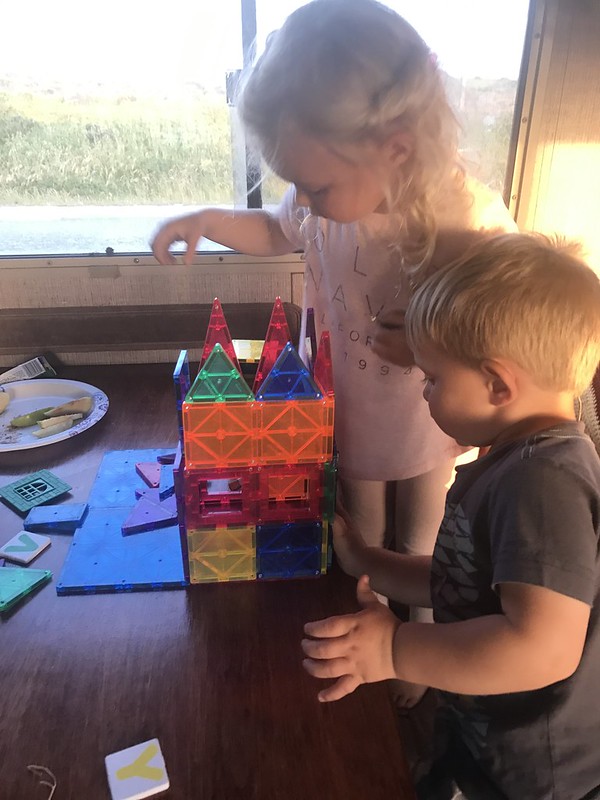 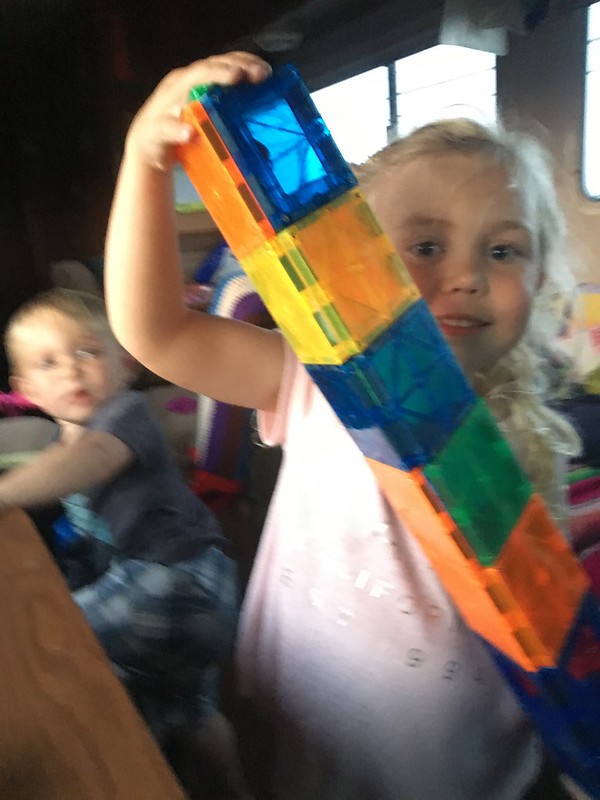 Next Christmas I’m getting Jack a big box of tampons.  They are his favorite toy.    Weird?  Yes.  Effective?  Yes.  While I don’t love it (expensive), sometimes it’s really convenient to be able to entertain him with some organic cotton that I already have in my purse.  He whips them around like little rotors and he’s the airplane.  I think that’s ok.  Right?!  What can I say, weird parents, weird kids.  Makes life interesting. 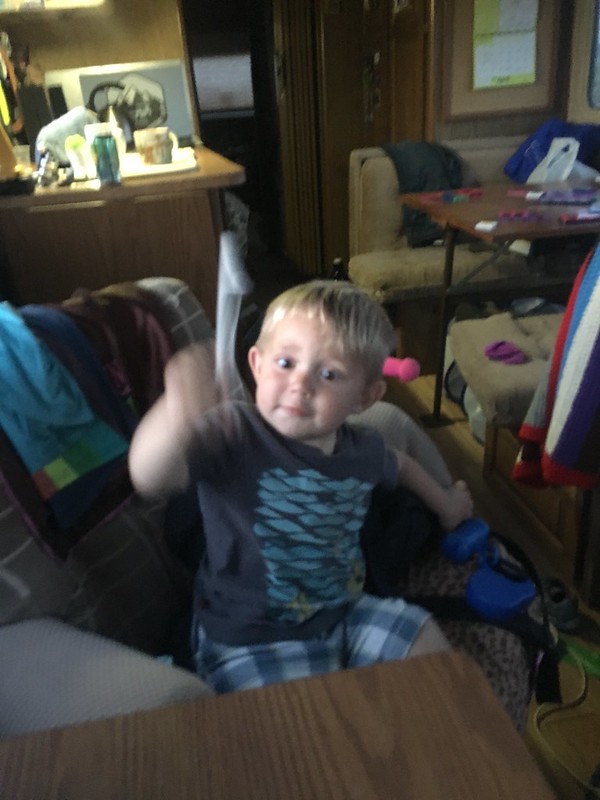 DISCLAIMER: I may make a commission off of the links on this page.

If you’re into Pinterest, here are some pin-able pictures from us. 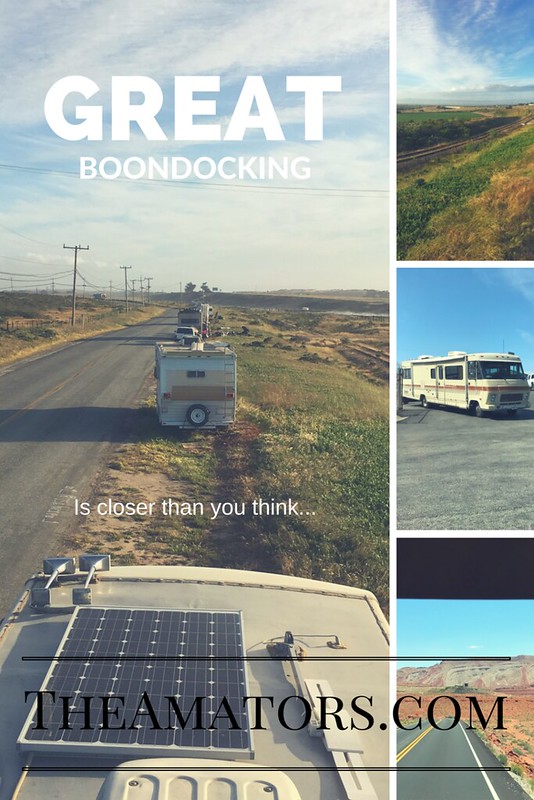 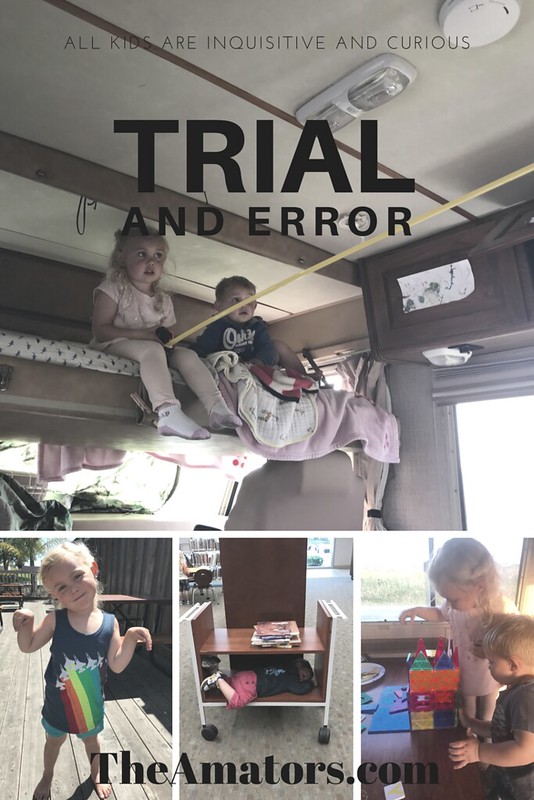 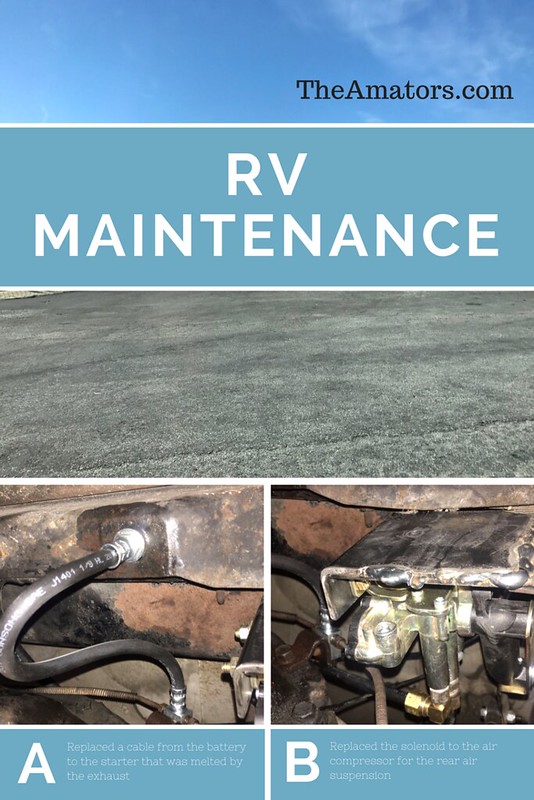 How do you make a tissue dance?  Put a little boogie in it. These last few days have been a little trying.  We’re running away from cold and colds. [embed]https://flic.kr/p/Qjrsbi[/embed] Let's be clear, the travel lifestyle isn't always "awesome" and...

Yosemite National Park requires very few words.  The pictures do the talking.  It's an incredible experience to be in the valley and look up at the grandness of it. Because of all the rain California received this year, they've had...