The kids got to spend a lot of quality time with their most Supreme, Biggest Stars on the Planet VVVVVIPs…. Grandmom, Grammie Denise, Grandpa Mike and Nate this holiday season.  It goes without saying that the spirit of Grandad was present as well although they don’t really understand that yet (but Evie does recognize his picture – something I’m proud of).

During our first few days in the great cold north we spent a couple of hours with some of Grandmom’s favorite people:  Ray and Mary.  They are the sweetest folks and we’re all lucky to call them friends.  They are genuinely happy to see the kids when we stop in and always treat them to sweets and presents.     That’s where the Play Dough came from.  Shortly after these photos…. it was all mixed together and became an ugly brownish color full of hair.  The kids didn’t even notice. 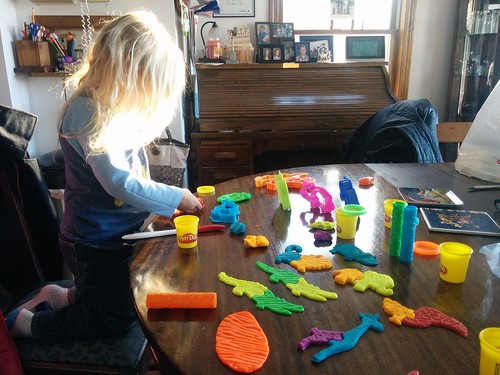 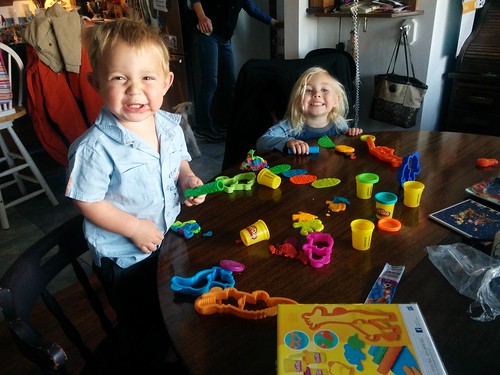 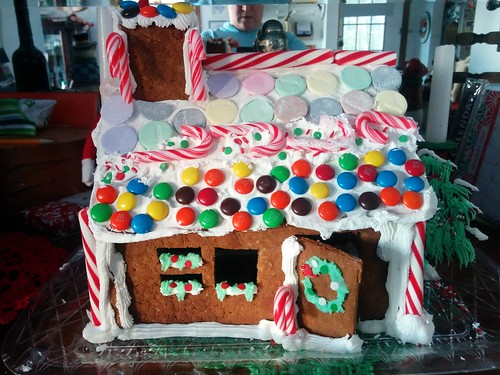 See that horizontal row of sideways candy canes in the middle?  That started as gummy lifesavers.  Turns out… gummy life savers are a favorite of one very crafty little person now called “Sticky Fingers”.  Sticky Fingers was very good at hiding his tracks… the candies simply started disappearing and no one could figure out how.  Mom even blamed Uncle Chris at one point.  I defended your honor, Uncle Chris.

Then…. Sticky Fingers was caught red handed…. Jack stealthily low-crawled across the top of the dining room table on his belly when he thought we weren’t paying attention.  Oh you are my son.  There are some things that you can’t teach…. but when they present naturally, it’s a special talent that shall be honed.

Christmas Eve was a big family party.  The kids playing with Grandad’s Lionel train set under the tree.  I butchered the carols on the piano while the crowd crooned (?) {croaked??  brayed???? } behind me.  Oh come on…. that was a joke.  You all sounded like angles on high… sweetly singing …  Glor……or……or….ia.  It was, in short, hysterical. 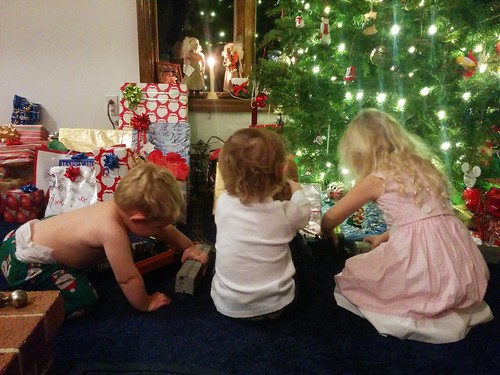 These two are on an epic bike ride across the country to raise awareness for Mission 22.  Check out their travel here. 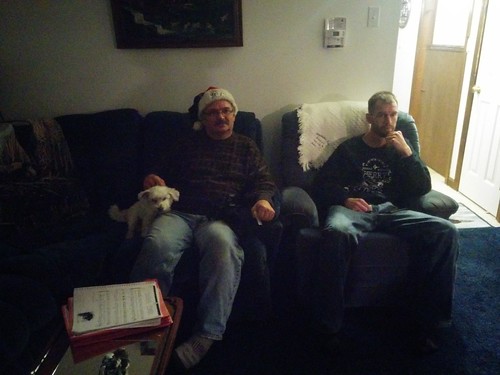 Every year we have a Yankee Swap.  Scott won the booby prize this year…. when you get the bra, you have to wear the bra.  Those are the rules.  Normally I think this is wicked funny…. but carrying a little extra weight right now, the “giant bra” doesn’t seem so large.  That’s just not right. HA! 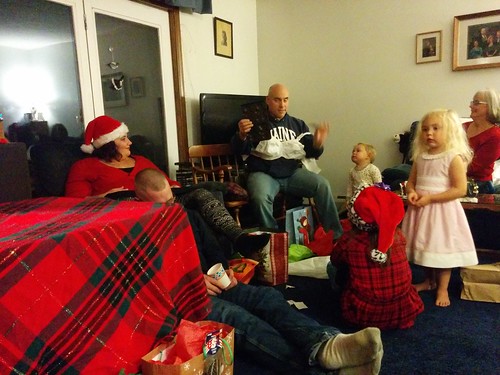 Christmas morning.  Jack and Evie had the luxury that beats all other luxuries….. Grandmom, Grammie Denise and Grandpa Mike all together for presents.  How lucky are they?!!?  We loved it!!  What a great morning!? 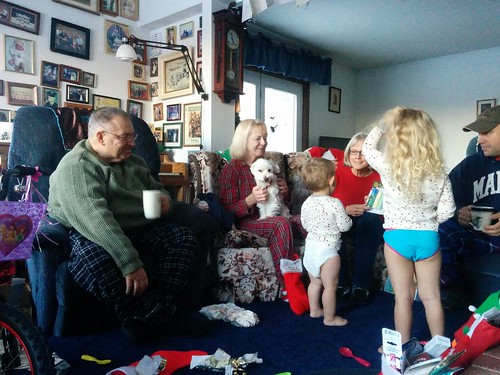 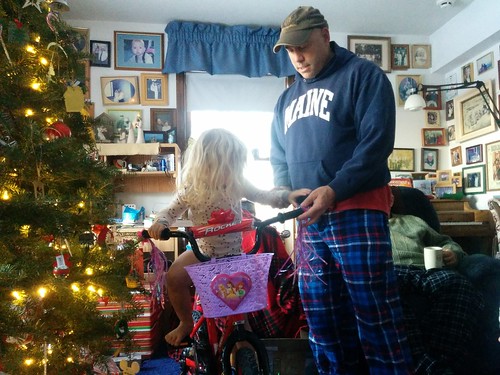 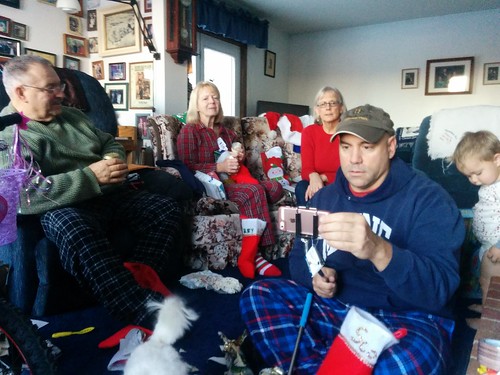 Calling Dr. Warren, Dr. Evelyn Warren.  You have a tweezer surgery on your brother’s foot on operating couch #1.  (Tweezers courtesy of Santa in the stocking) 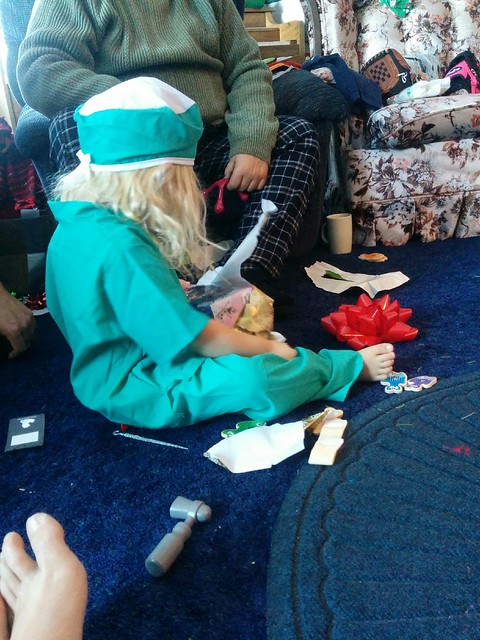 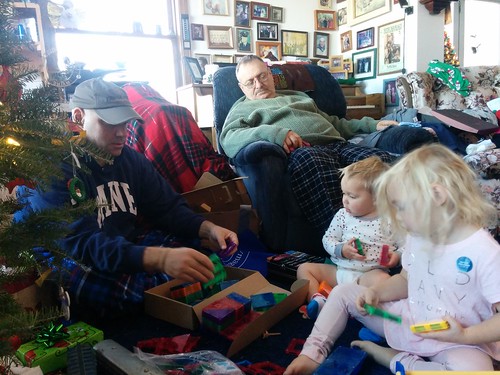 Then we had Christmas 2 in Massachusetts with….. the legend that dwarfs all others, the hero himself…. Nathan!  Evie and Jack hang on his every word.  He’s the quintessential Big Brother.  He could tell them to lick the dog’s butt and they would do it.  Thankfully, he only uses his power for good (so far and as far as we know….). 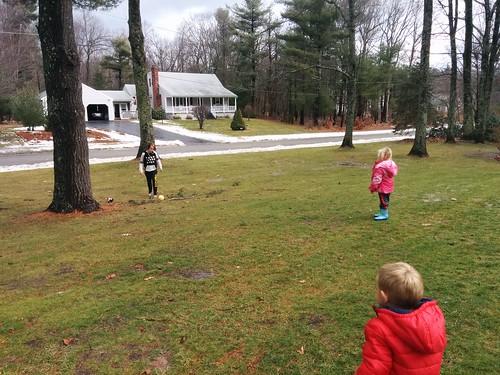 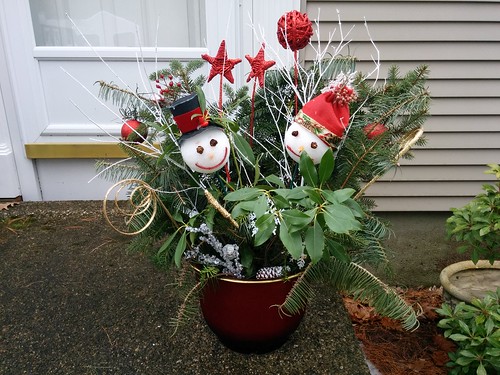 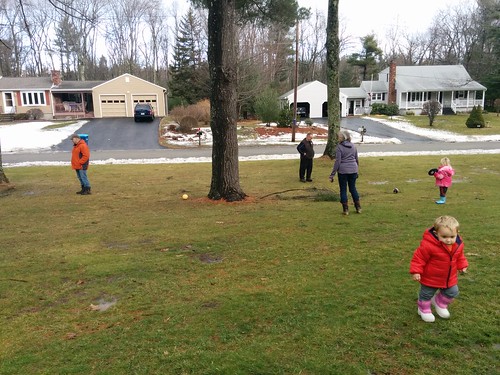 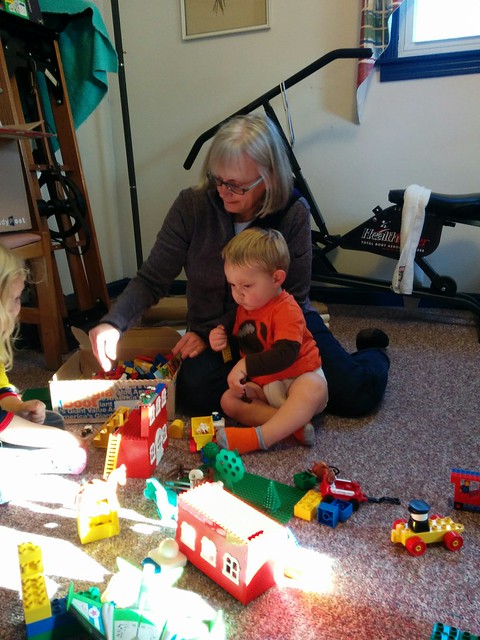 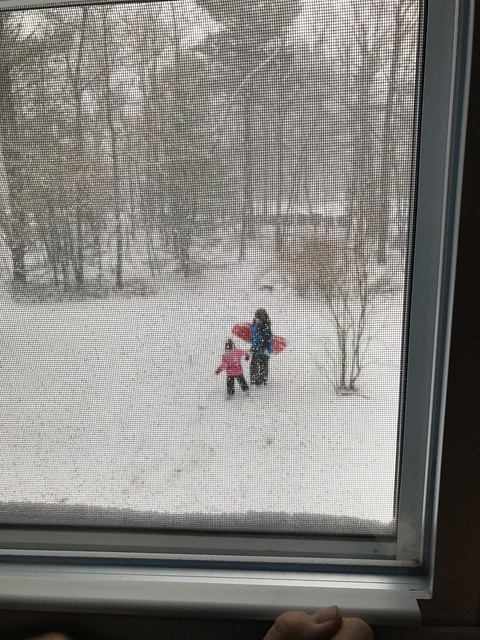 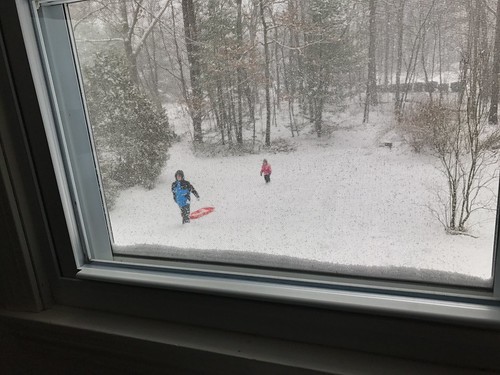 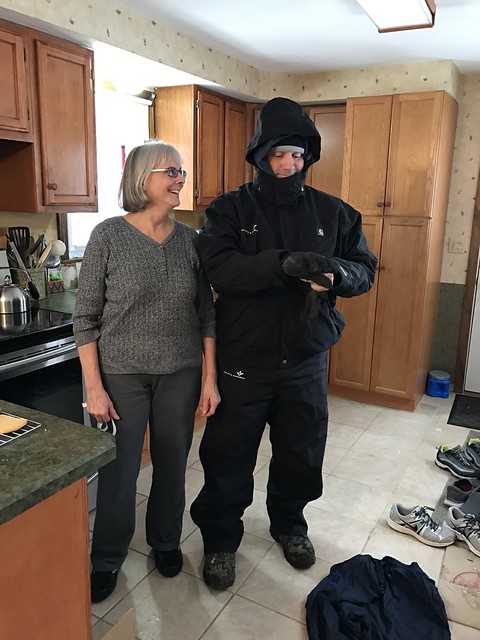 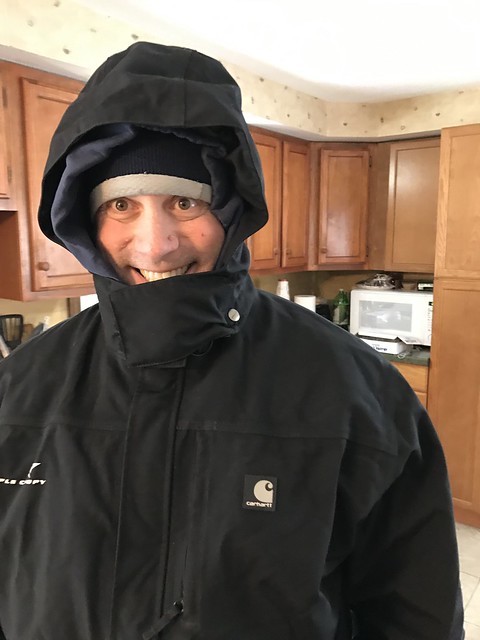 On the way back to Maine, Scott, Nate and Jack took the rental car while Grandmom, Evie and I detoured into Boston.  We had tickets to the Nutcracker.  It’s something of a family tradition.  It doesn’t necessarily happen every year but now that Ev is old enough, I think it’s a significant experience to give her (and Jack once he can sit through the performance).

It was expensive…. even though I bought the cheap seats AFTER Christmas.  But we took the commuter rail into North Station, walked to Union Oyster House just outside of Faneuil (the oldest restaurant in America) for lunch and taxi’ed over to the Opera House for the 1 pm show.

Evie LOVED it.  She was on the edge of her seat for the first hour of the ballet…. after that, her 3-year-old attention span and strong desire for a nap overtook her interest.  She fell asleep in the middle of clapping.  True story.

We thought of you, Maggie G.  I wish it was you up there as Clara!! 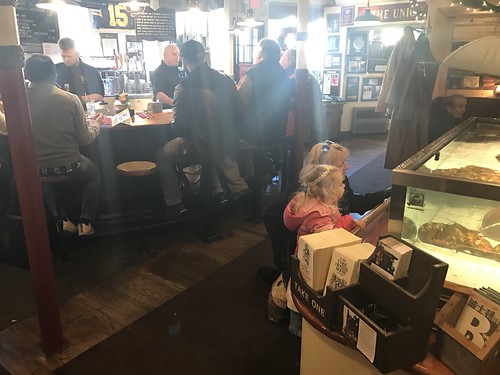 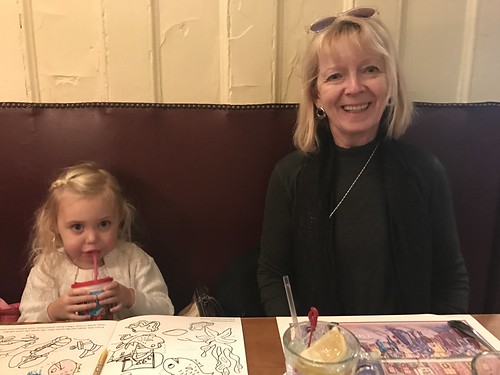 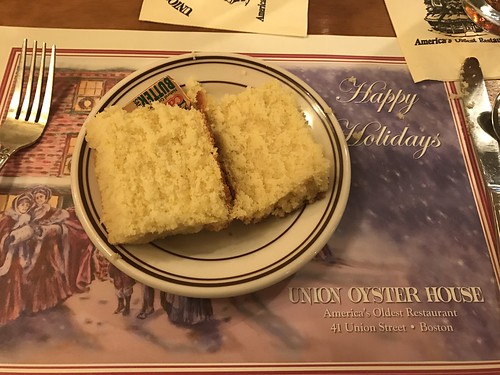 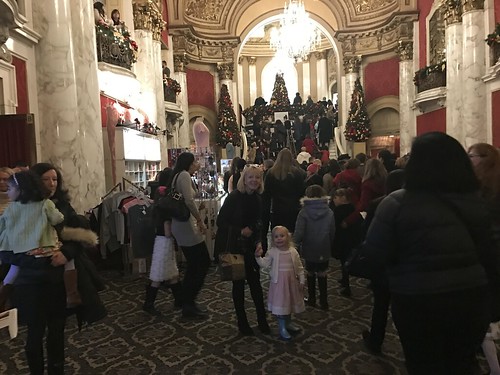 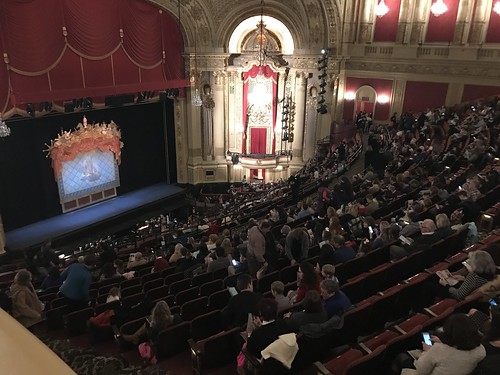 Grandmom is in this picture – she’s the blond in her seat on the right: 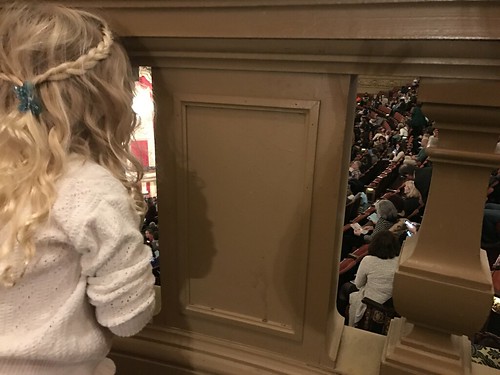 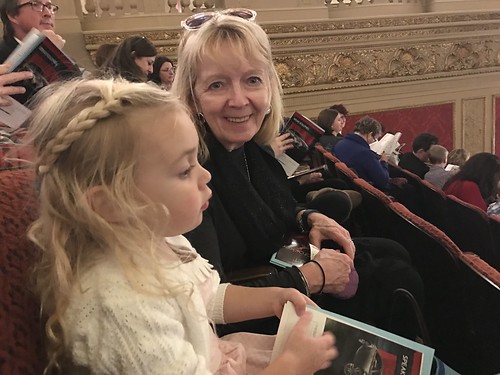 After the show (note the new pen art on her arm): 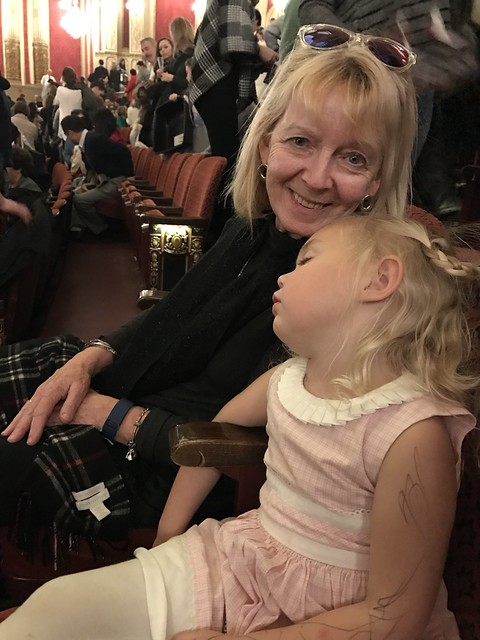 I will close with a meme that made me laugh out loud.  Next year kiddos…… prepare to be horrified!! 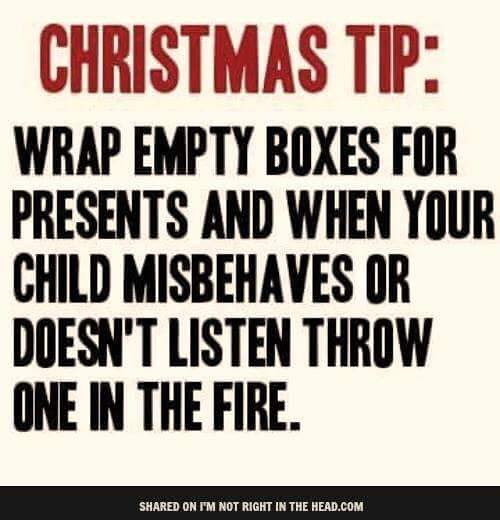