Things To Do in Rugby, ND

Right in the middle of necklace making, Jack took a bead that Evie wanted.  There were literally hundreds of the same beads at her finger tips.  She went full offensive.  She landed a fist on top of his head, a solid bop, and it looked like there was more fire power coming in behind it.  Jack went from stunned to default defense: Jaws-style bite.  He’s a biter.  I have a biter.  This is not good.  I’m reading up on how to stop it.  I reached him from across the table just in time.  Crafting, man…. you had better bring your A game. 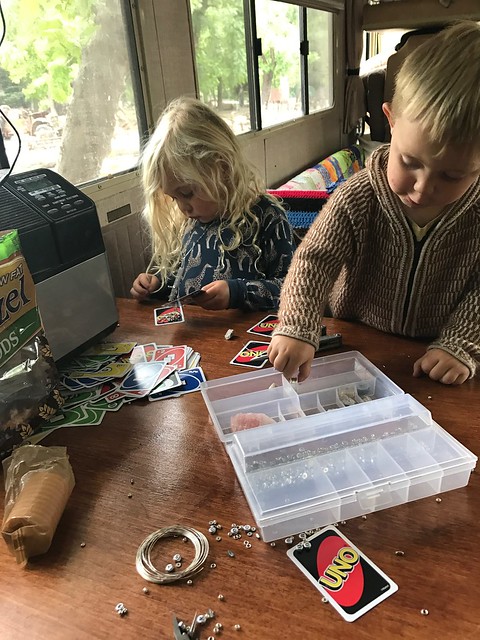 We were making necklaces with rocks we’ve collected this year (we have 10-20 pounds of them). 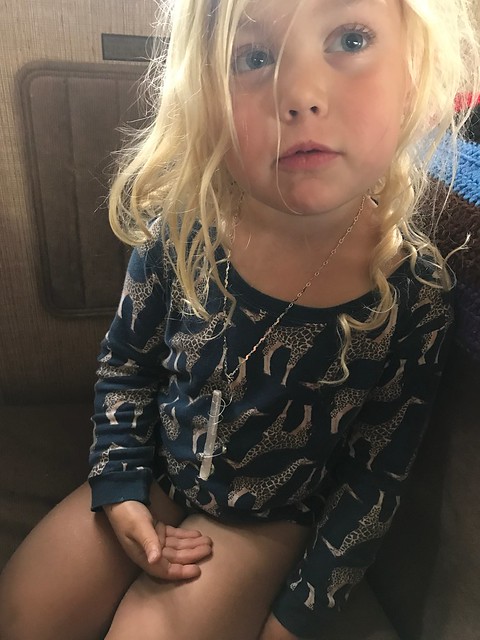 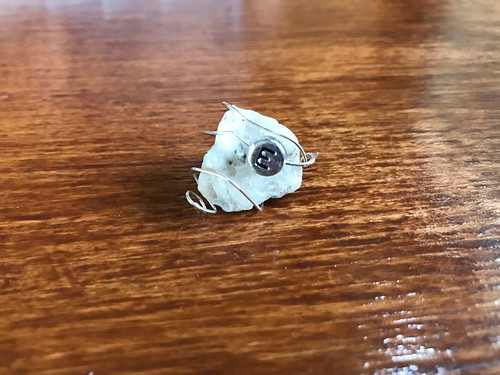 We were literally driving out of CA last week when… all of the sudden… Scott got a couple of in-person interviews.  There’s nothing like imminent departure to help these companies move the recruitment along.  So here we are.  Hovering on the edge of the Bay Area.  Every day I creep us a little farther away.  I’m all about the E on the compass these days.  We have to be in Maine by early June.

The interview process, by the way, has been grueling.  We alternate between excitement and ideas about what the future could look like to a swift kick to the collective Amator balls. Good times.  But our back-up plan is solid and we’re still adventuring so we’re able to make the best of it.  Let the cards fall where they may.

Right now the grand plan is see the last, biggest national park on our dream list, the Grand Canyon, and then beat feet across the middle of the country. That part of the nation does nothing for me and it’s tornado alley.  While I’d be tickled to see one with my own eyes, maybe not from our tin can with the kids (but if there’s one in the area…. ).

In the meantime, we spent a several great nights at a little fruit stand outside of Gilroy.  It seems this region should be renamed Veggie Stand, USA.  You could buy fresh anything around here.  I even made strawberry shortcakes (with a little inventiveness for the biscuits… since we don’t have an oven, I made them on the stove.  Thank you YouTube.).  The property has some pretty cool wild pets.  Evie invented a name for them.  I like hers better:  He-hocks.  (Scott tried to fix it but I put my foot down.) The kids were understandably very hesitant after the Arizona goose incident, but these things turned out to be really friendly and likable.  (I’d go goose hunting with no reservations.  After the bunny incident that really says something.) 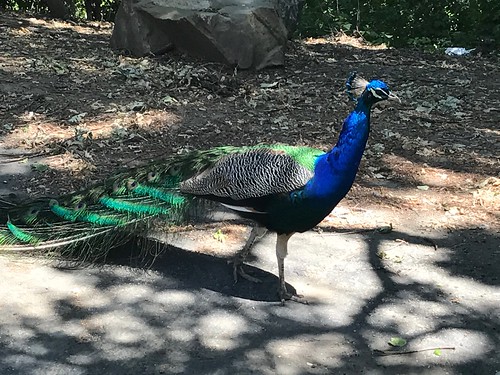 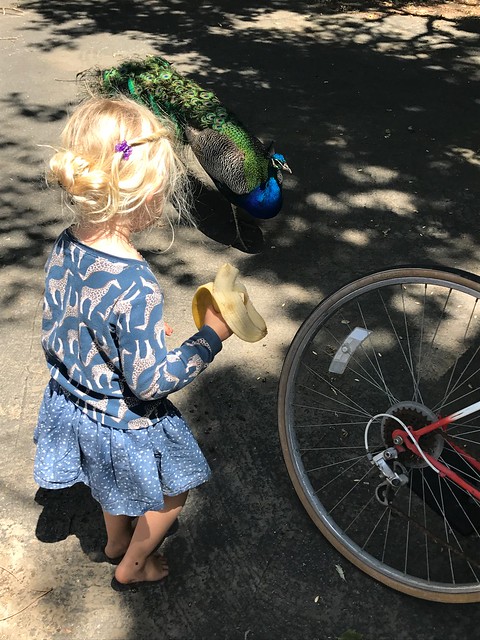 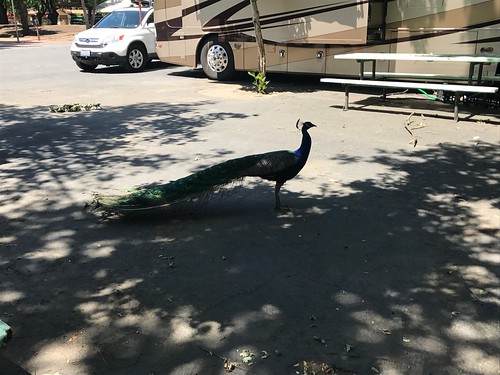 I’m proud to announce that my kids are the only kids (or adults) in the campground that went in the pool.  It was chilly.  But we have an annual competition to win.  It’s been a few years since the Latlippe/Warren name has been added to the Pink Camp Polar Bear Swim Wall of Honor.  The next generation is being trained young.  Enjoy your glory, Uncle Chris…. we’re coming for you. 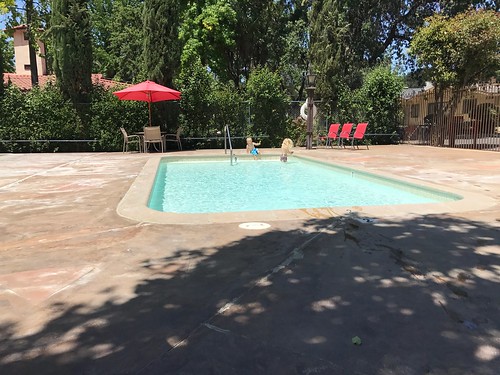 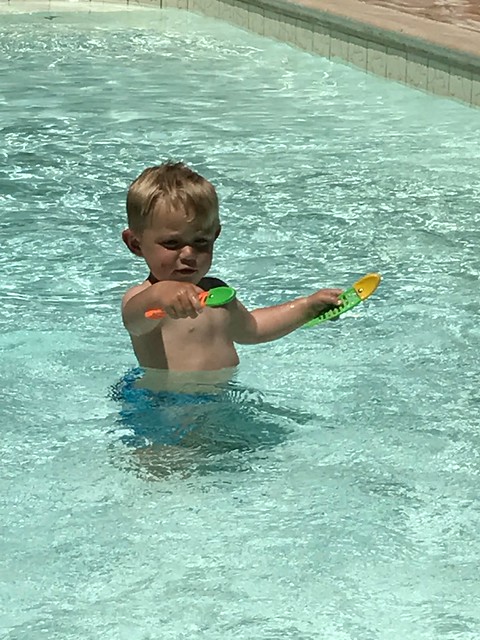 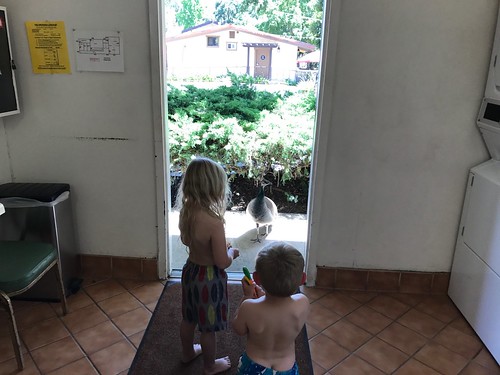 Evie took my phone and, with permission, got in a few shots.  This is me in the morning. 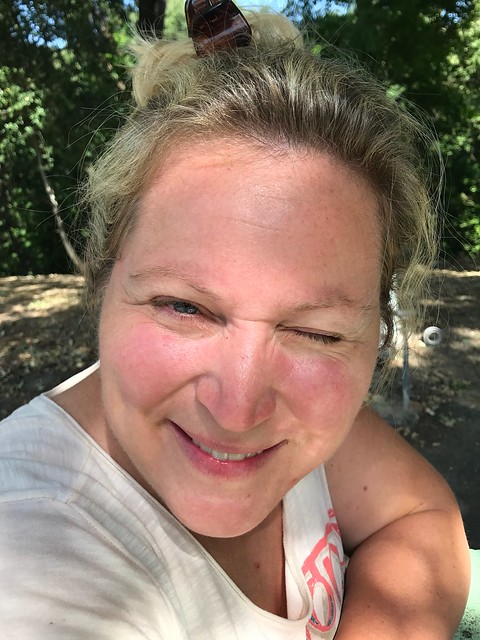 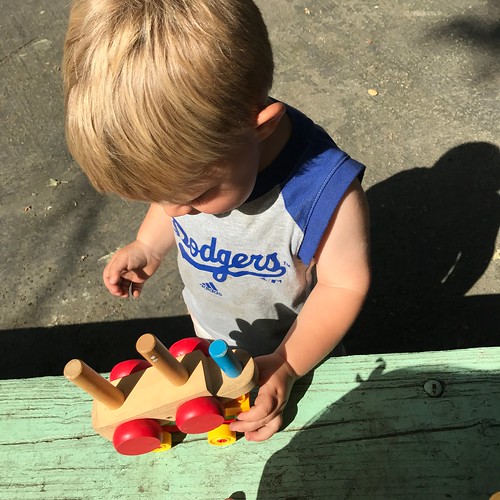 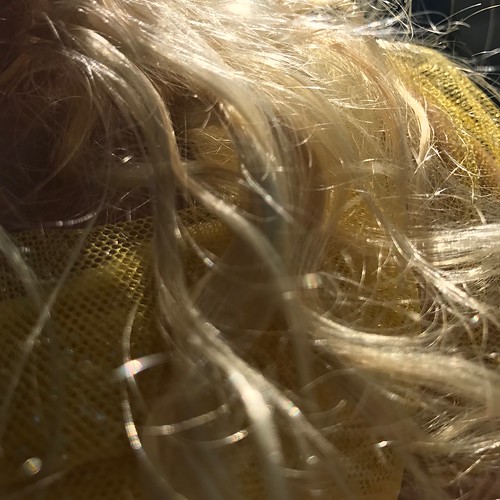 I took this one.  I really enjoy seeing them sleep peacefully, windows wide open, fresh air, not a care in the world. 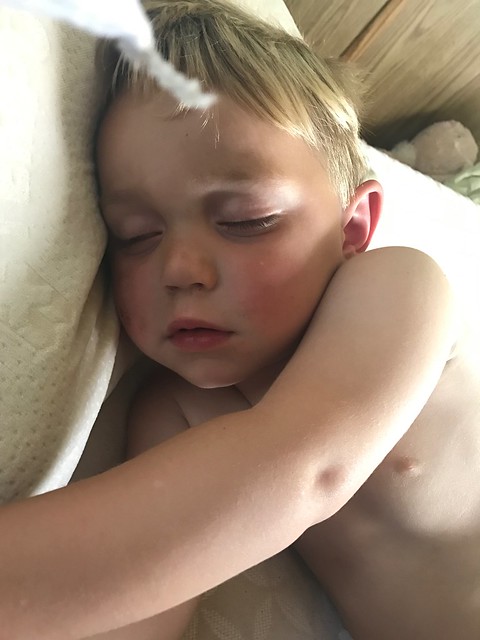 Exercise olympics in the lot.  No joke, a woman stopped and asked me if I was training for Ninja Warrior.  Of course I am.  Who isn’t?!  I do that salmon ladder thing all the time.  It’s kind of my signature.  Would you like an autograph? 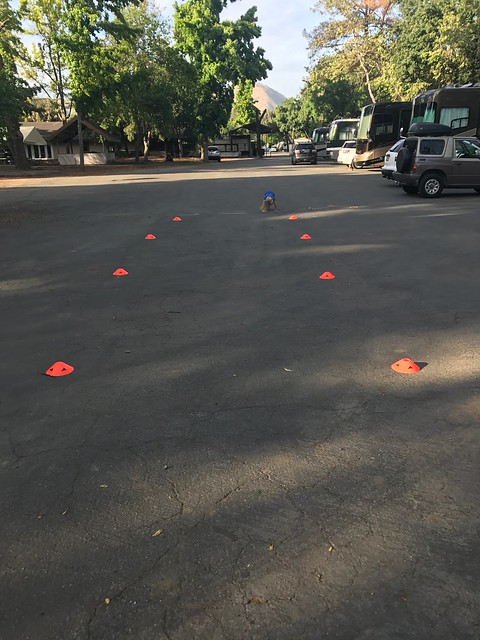 Turns out there were 121 pictures I didn’t take on my phone.  I started to accuse Evie. She was so indignant, so insistent, that I looked through the photos more closely.  The thief took these…. Yes, of course I apologized to her.  I explained that I erroneously thought Jack wasn’t old enough to know how to use it.  Moving forward I won’t be making assumptions because ‘assume’ makes and ass of ‘u’ and ‘me’. 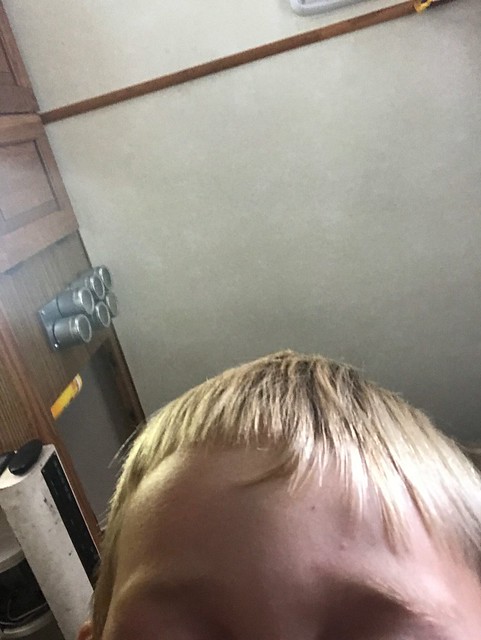 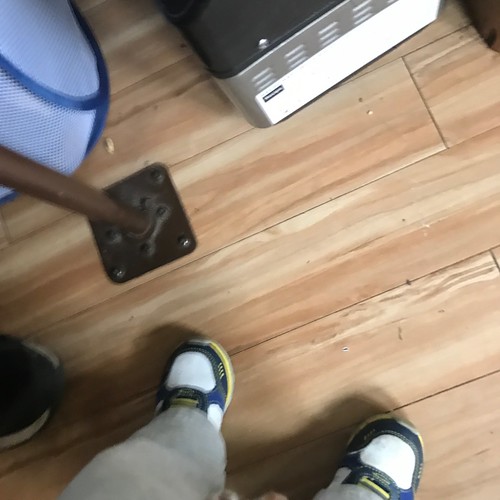 This is not the kit we have (I made that one based solely on cost of beads and cheapest plastic box I could find), however, Scott said I needed to add some Amazon links again.  This is the one I would buy if I was buying a kit again. 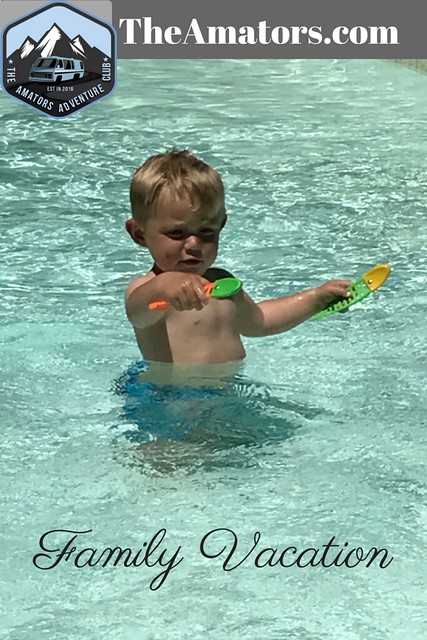 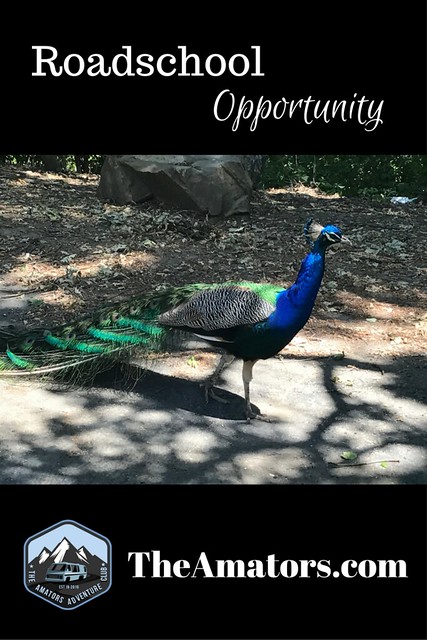 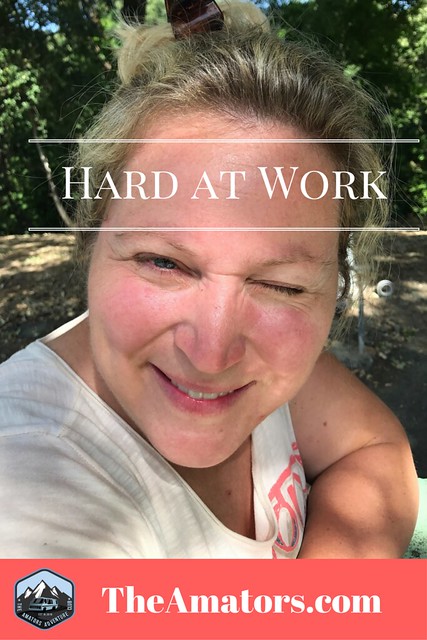 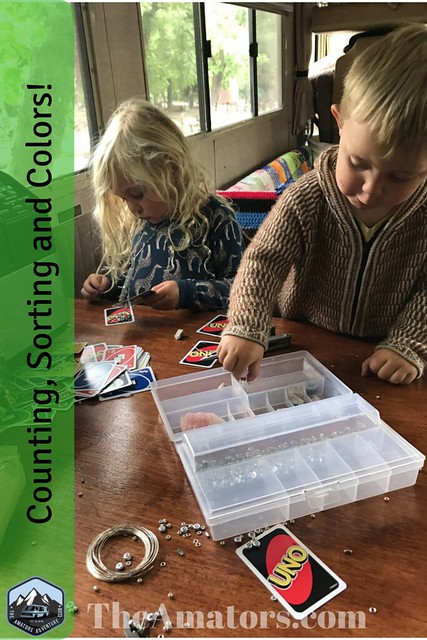 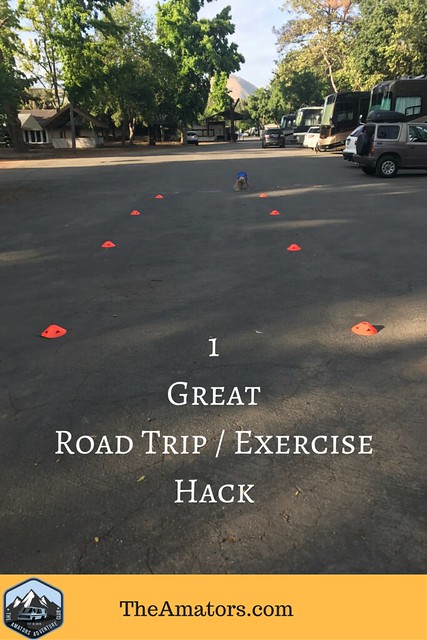