After all the excitement of the last week or so…. I was more than ready to get to San Francisco and Scott. I wanted to be done driving, done trouble shooting, done navigating, done with canyons.  Done.  I found my wall.  It lives at a month of travel in the RV without Scott while things broke and I had to go to Disney.

Mom, the kids and I packed up and headed north.  My original idea was to hit Rt 5 out of LA and keep the pedal to the metal until we couldn’t any longer.  There were several boondocking options so I wasn’t overly concerned on where we would be staying.  The closer to San Fran the better, but I wasn’t about to push it hard.

Getting to Rt 5 was a bit more challenging than expected thanks to several wrong turns.  That’s always delightful at the start of a long day.

Plan B: pull over in a gas station, fill the tank and get our bearings.  We were well east of LA in a commercial suburb.  There were canyons directly ahead of us if we’d kept going east (not a snowball’s chance in hell of that happening).  I eased the Chief into the station and got out.  Beside me was a small truck.  The dude was heading into the store to pay.  Him to me, “Yo…. yo yo yo…. you driving that beast, Miss Thang?”  He was clearly happily surprised to see a lady driver.  Me (with a big smile, “I sure am.”  Him, “Dangggg!  Hummmph…. I like that! Yes!”   Off he trots into the store.

The next thing I know, his fun other half slid into the driver seat of the truck and stuck her head out the open window. “Dang Girl!  You drivin’ that thing?!  Shut the **** up!  Beast mode! ”  I chuckled and confirmed that yes, indeed, I am the Captain.  (Sometimes I can’t believe it too.)  I turned to start getting gas.  “Woman… heyyyy woman…. turn around.  You on Facebook Live, Baby.  Check this out.  Little Blondie is driving this beast.  She the driver, yo!  Yes!  Facebook Live, Baby!  You live!”  Somewhere on internet is my goofy face, smiling into a camera, and me waving at a bunch of unknown people.  She called me “little”.  I love her.  Her people are my people.

Mom, who had overheard the exchange, was laughing when I climbed back in.  Mom {happily}, “You’re on Facebook live, Sweetie Pie!” And with that I went from bad-ass-Beast-driver to Sweetie Pie.

We got ourselves rerouted with the help of a GPS, Google Maps on my phone and the atlas.  Finally… Rt 5.  Breath easy.

A little bit down the road, “Well… maybe it would be fun to see the Hollywood sign.”  Ok…. that seemed reasonable.  Happy to comply.  You can see that from almost anywhere right?  Everyone knows it’s on the super steep hills just north of LA.  Since we were heading west and then north, if we were going to see it, it should be on our right. Rt 5 heads straight for the ocean and then does a 90 degree right turn.  I called it up on Google Maps so she would know when to look for it.

Several minutes later I followed up.  Are we near the sign?  She was leaning forward, looking up and left into a very steep hill.  Mom, “Well, the map says it should be right there, but I don’t see anything.”  No?!  Really?!! Hmmmm… now how could that be?  Me to Mom, “Why are you looking left?!”  Could it be that we’re on the wrong side of the hill?!?   I know I know… don’t get smart with your mother.

I had to make a call… keep going and skip the sign or resign myself to the fact that we were never going to make it to San Fran and that the universe and/or karma decided to make everything hard.  I flipped at a U-turn at the next exit.

Getting up to Griffith Park (where the sign lives) wouldn’t be hard except that I didn’t know if the roads were suitable and/or if there’s parking.  It’s on… essentially… a cliff (hence all those beautiful pictures of the lights in LA).  I could have pulled the car off, but there was no place to park the RV.  We decided instead to drive a bit through town to see if we could see the sign from a distance.

I will say, without a hint of mischief, that I had ZERO intention of driving through Hollywood.  When I had talked to Scott he was concise, “Just promise me you won’t try to drive through Hollywood or anything, ok?!” I promised.  And I meant it.  And yet…. these things just happen to me.

To get off the main drag, I turned left for a block and then right again.  I wanted to get us out of “stars on the sidewalk” territory.  Nope.  I turned us onto the Sunset Strip.  Good job, me.

How could that possible have happened? Oh.. because I lost my navigator completely.  She was looking in every single car (because they are all Mercedes/BMW/Ferrari/{insert $$$$ car here} out there) to figure out which famous people we were seeing.  She was as giddy as a school girl.

We also… finally… spotted the @#$%$#@ Hollywood sign.  Ask her about it – please.  She has seen the sign.  Also, she’s a big big fan of Hollywood and famous people.  I am not.  She already has plans to return…. over to you, Mariah and Syd.

After I untangled us from Hollywood, we drove for most of the day.  We ended up a famous destination: Harris Ranch.  I’d never heard of it.  People fly in to get their meat though.  It’s a great place to stay if you’re in the area.  California is nothing if not unpredictable. 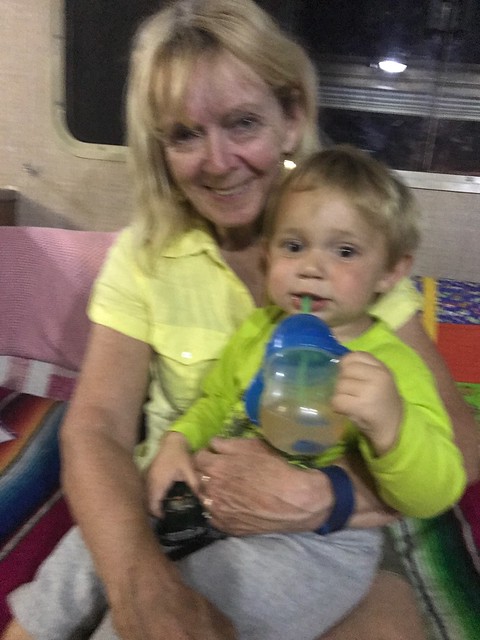 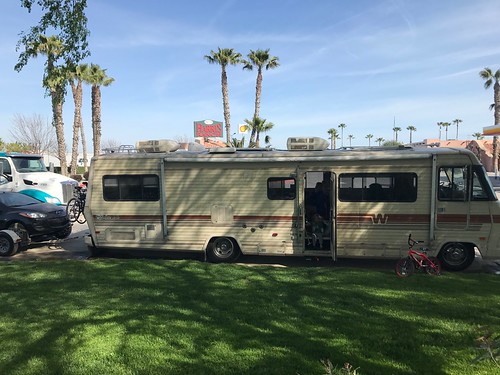 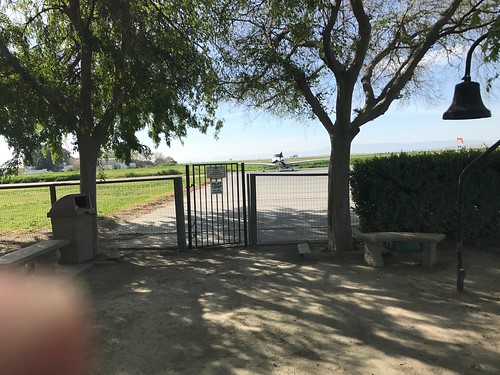