A lot of folks have told Scott and Mom that they’re good sports about the blog. Anyone with a thin skin might not have an easy time around me. I would like to point out, however, that, more often than not, I’m the butt of my joking.  I would have told this story anyway, but mom doubled down, “I bet you won’t put THIS on the blog *snicker*.”  Oh yeah?!  Hold my beer….
I’ve had two kids. Setting aside all the wonderful, magical stuff that comes with that for a moment, there are some unfortunate side effects to the process.  It’s a good day when I can cough or sneeze and not pee a little. Now…. when you’re with me…. if I do either you’re going to wonder…?!   If you have the balls to ask me…. You and I are going to have a very hearty laugh together.  Bonus points if you wink.

Did you know women can pee standing up? Click here to see how!

How does this relate to San Fran? We headed into the city, Alcatraz tickets in hand.  By the time we parked I already had to find a restroom.  Unfortunately, I started sneezing when I got to the stairwell… and… well… that was a problem.  A big problem.  All of my girlfriends are giggling and nodding their heads right now… yup… Classic Traci.  #Depends
Alcatraz was a fun.  Evie enjoyed exploring the jail.  She did a great job with her own headset.  Jack was given a broken one to play with.  He eventually got bored and  fell asleep.  Evie actually took the entire tour and asked questions but I don’t know how much she really grasped what we were seeing. 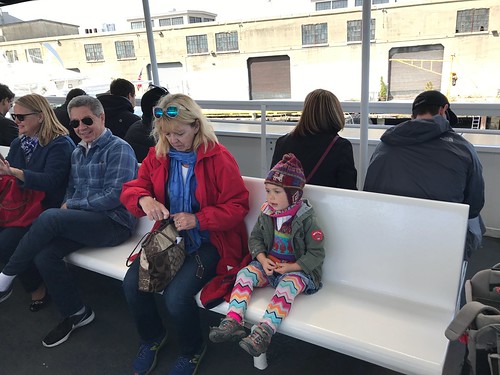 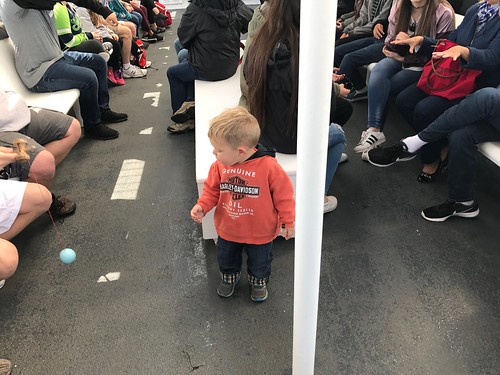 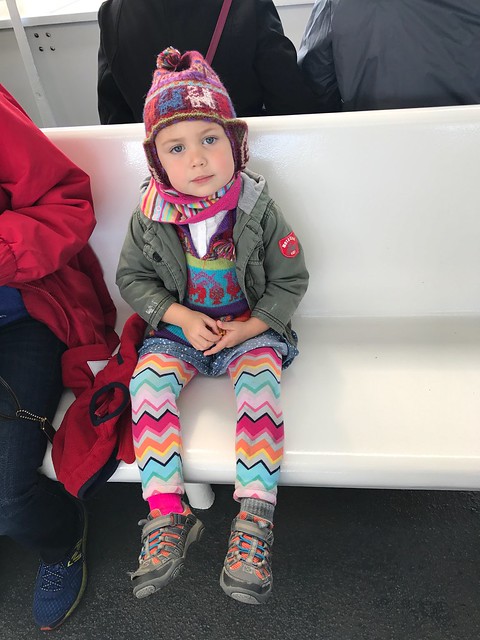 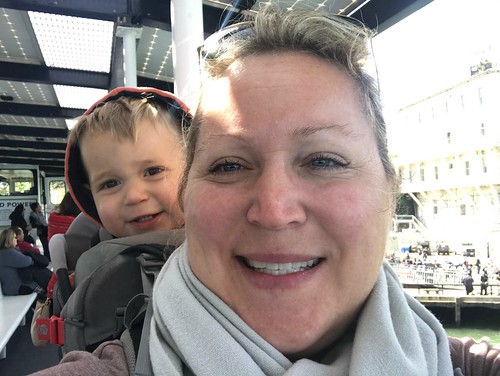 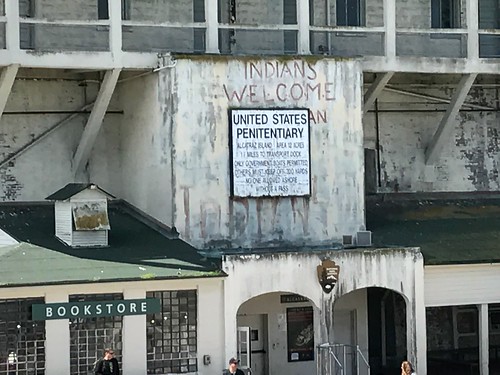 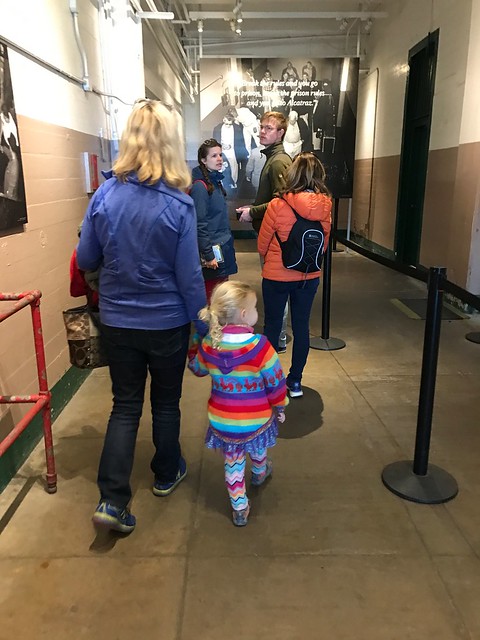 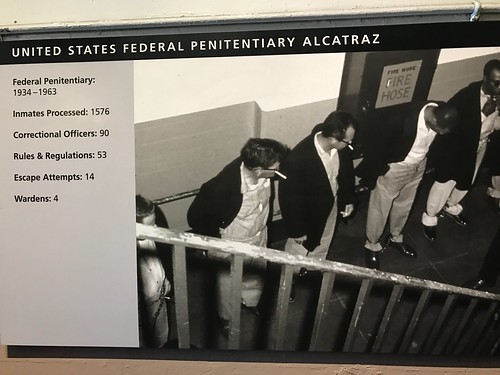 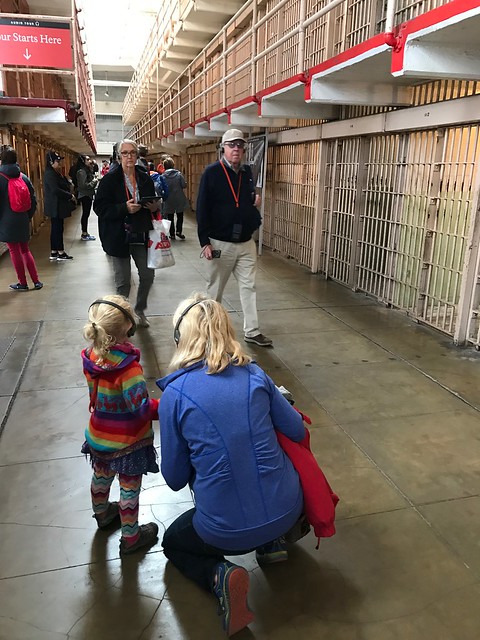 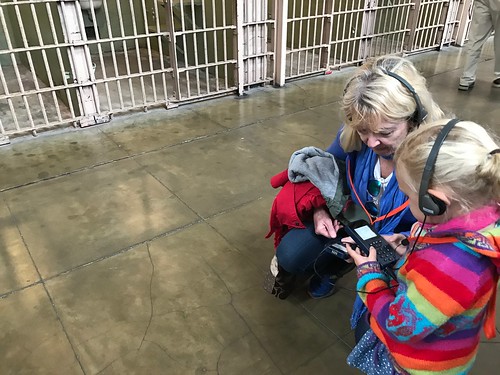 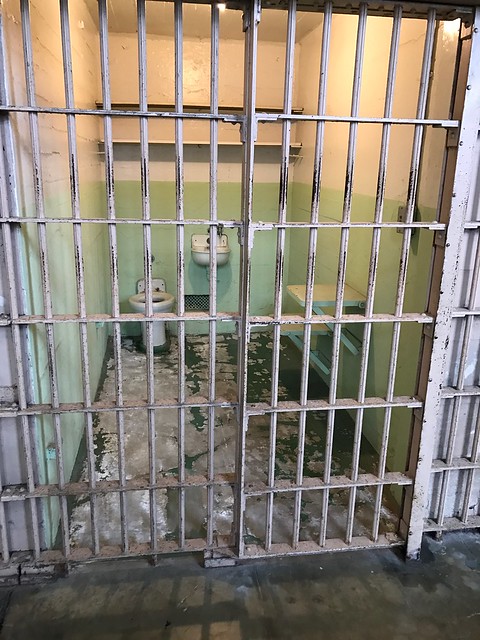 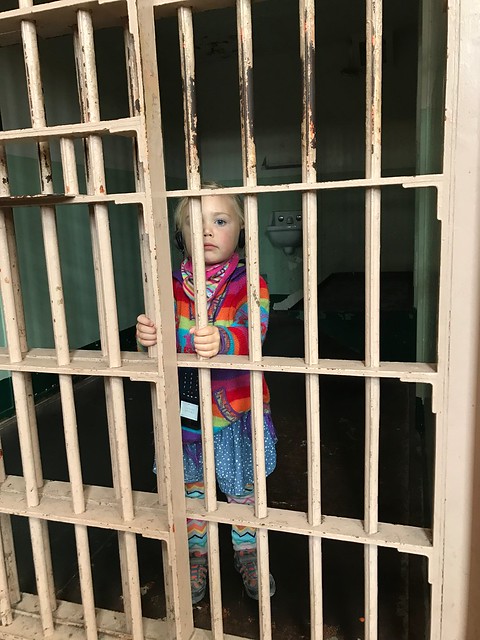 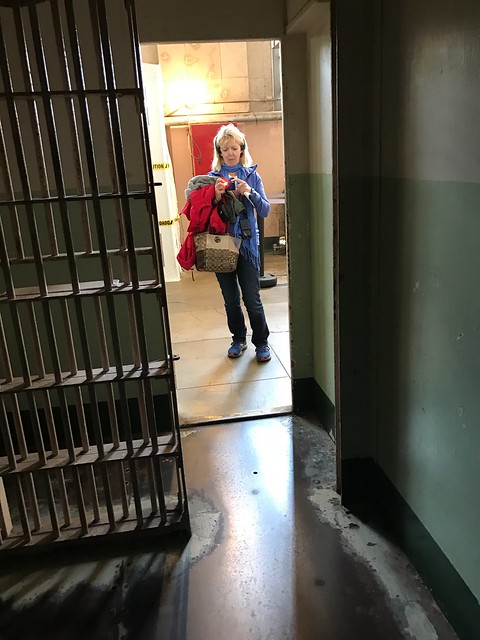 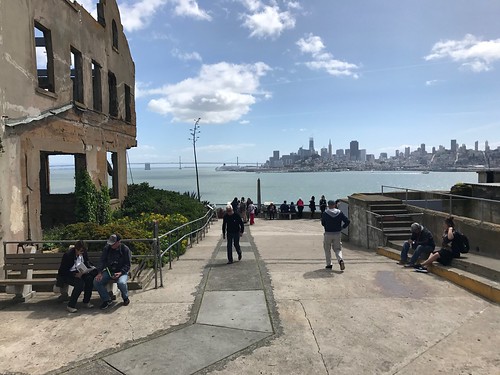 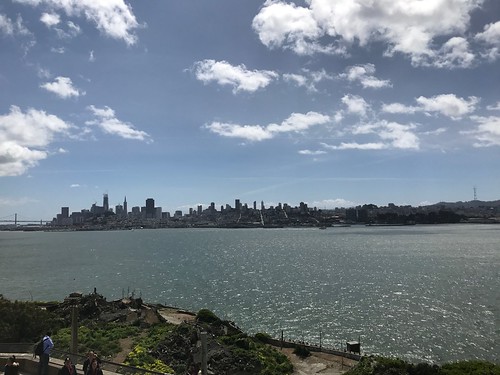 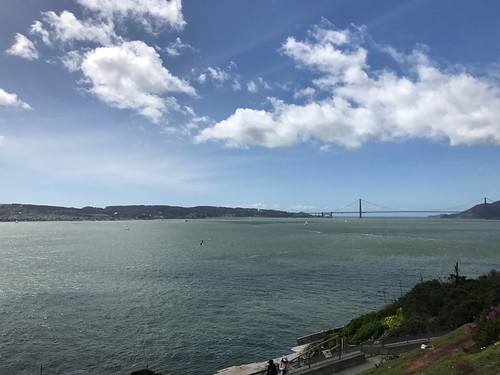 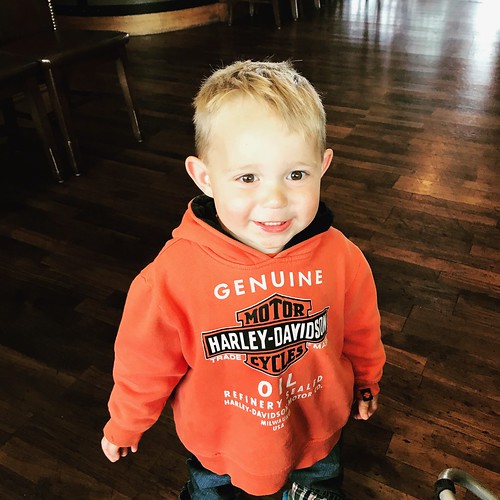 The only other San Fran Must-Do on the list was a trolley ride.  I wasn’t thrilled to do it.  We waited 90 minutes to ride public transportation to a destination in the middle of the city.  From there we could either pay full fare and wait to return or grab an Uber.  Nevertheless, we did it and it turned out to be my favorite part of the day.
The trolley man picked up both kids and let them ring the bell.  The hills were shockingly steep and I got to stand (which I hadn’t cared about doing until I got to do it).  The trolley man even gave Evie and Jack each $1 for candy for being so good.  Weird, yes.  But incredibly sweet. 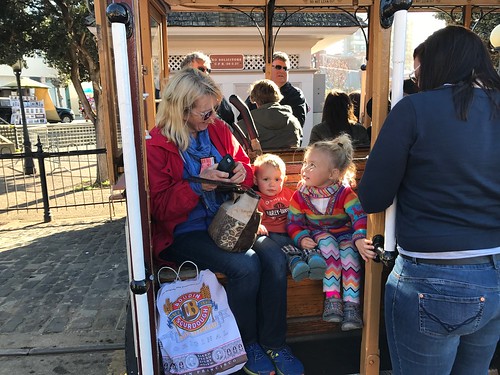 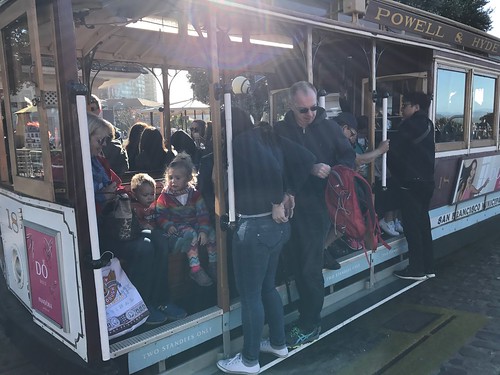 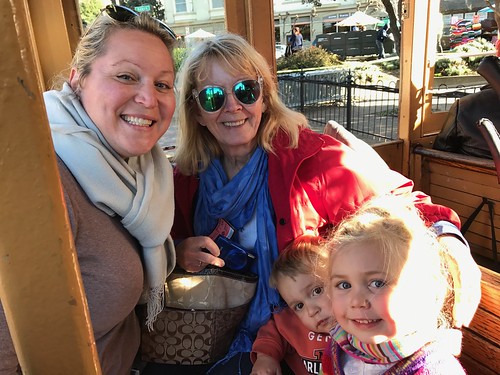 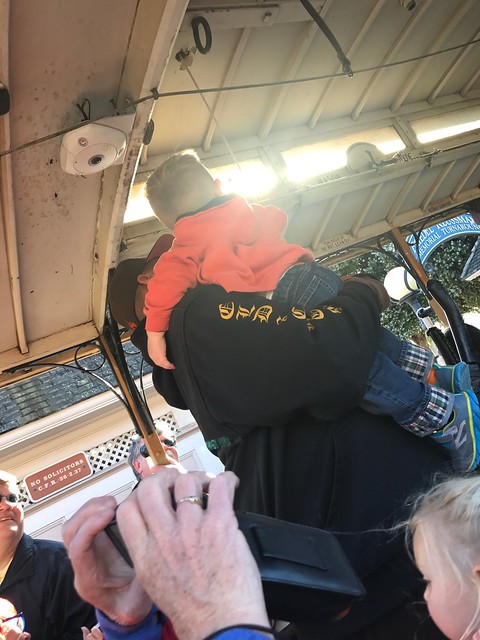 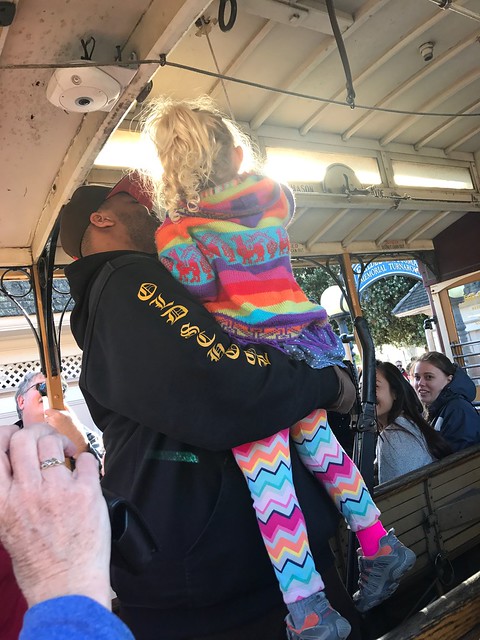 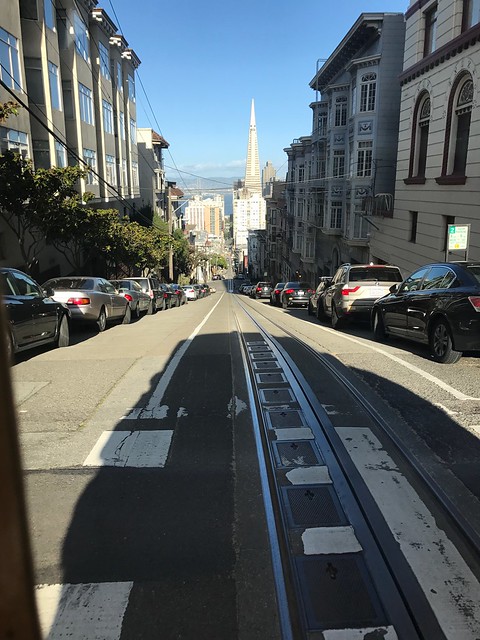 When we got off the trolley on Market Street, a guy approached us to sell us tickets.  We chatted for a minute and he asked if I could spare a little cash.  I knew I didn’t have much on me and what I did have was larger than I wanted to give him (he didn’t look like he needed food) so I turned to Evie and asked her to borrow her $1 from the trolley man.  Without so much as a hesitation she gave me her dollar.  I was so proud of her.  The guy even said, “Oh wow.  That makes me really low, doesn’t it.  Taking money from a child.” Well, Sir….
A block later I handed a $5 to Evie to repay my “loan”.  Not a bad return on her investment, right?!  Somehow, she got a little confused and thought I was stiffing her. Grandmom stepped in to explain that she 5x’ed her money and could now by 5x more candy.  We need to do more work in math.
Did you know women can pee standing up? Click here to see how!
A few days after mom got home, I received this text from her.  “Sweetie Pie, I think you need to invest in one of these.”  I’m not sure it would have helped… maybe if I’d been able to find that bush…?!
Go Girl – Life’s Greatest Adventure Shouldn’t Be Finding a Bathroom
FYI – this is totally an affiliate link.  Still laughing…

Just for the hell of it… here’s another affiliate link.  😉
Depends