Daily LifeinterestingoddPicturesThe Story of Us

Despite my best intentions and a lovely picture in my head of hopping around the globe with nothing but backpacks and a sense of adventure, not having a local “home” is rough.  That $%^&# is hard work!  If Thailand taught me 1 thing, it was that we need a base of operations.  It could be a house, an RV, a boat, a tent.  I don’t care.  But we have something.

Our “being” place (we always call it home because we’re together) needs to have a place to sleep, a place to prep food and a working toilet.  Most hotels don’t cut it for the mid-to-long term because of the lack of a basic kitchen (although I can work around that when pushed – bought a hot pot in Thailand and we made due with coffee, hot cocoa, cereal and ramen, supplemented by restaurants).

Taking all that experience into consideration, this time we’re doing things differently.

Barbados is going to be beaches and sunsets and homeschooling and a bit of a schedule and some age-appropriate chores and cleaning and making dinners.  I have plenty of faults, but my superpower, the thing I do above average, is that I learn (not always fast, but I do).

We got a great deal on a little place along the northwestern coast of the island.  The pictures looked fancy.  The reality, as is so often the case with Airbnb, it doesn’t quite live up to the hype.

But that’s ok.  It’s clean and safe. We’re adventuring.  We’re happy.  Bonus: we even have AC in the bedrooms so we can sleep comfortably at night.

We did such a good job of talking about the place…

hell froze over.  For real.

Literally… you could walk on it.  The devil himself asked for a sweater.

My father-in-law announced that he and my mother-in-law would be joining us in Barbados.

Let’s talk about that for a minute.

Grandpa Mike was a card-carrying member of the “I have zero desire to ever leave the beautiful shores of our great nation, the United States of America“.  He and my mom weren’t founding members of that club, but in terms of zealousness, they were rank and file.  Neither cared to “waste money” on a passport, and neither cared to ever meet an immigration official for any reason.

How did they get Scott and and I as kids?  The universe/God/Allah/Buddah has a wicked sense of humor.  I see what you did there.

Mom, my mom – Grandmom, capitulated years ago.  All it took was moving to Istanbul to get her over the hump.  Turns out… she’s now a lover of not only Constantinople but all of Turkey (which is not always an easy place to love).  Over time she’s become one of the most international, carefree travelers I know (and I know A LOT of travelers).

The news of my father-in-law had me falling out of my chair.  We knew Grammie Denise was coming (she was convinced to come along awhile ago).  We’ve been looking for the right opportunity.  But Grandpa Mike?

I heard that wrong.

He said that word…. “never“… many many times.

We made the transition as easy as possible.  We had 1 shot to get it right.  There are no do-overs with a bad first international travel.

Scott gave his folks pre-instructions about the immigration form.  “Make sure you have a pen handy.  Write down our address on paper in case your phone doesn’t work. Remember your flight number so you don’t have to search for your boarding pass.”  We picked them up at the airport and whisked them to the house where we had some familiar American food at the ready.  Our first priority was to show them how to operate the AC.

All that happened well over a week ago.

As of now, they navigate the island like old pros.  They have friends in little hole-in-the-wall shops all along the west coast.  They took an island tour and show us around.   They do the currency math in their head.  I had to travel and Grammie Denise gave me the recommendation for a fair-priced driver.

They’ve also been checking a lot of firsts off their experience list.  Of course, first time out of the country.  But also, first snorkel, first time driving on the “wrong” side of the road, first time in warm Caribbean water, first time seeing wild turtles, first time shopping in a foreign grocery store.  The list keeps growing.

Admittedly, Barbados is “foreign-lite.”  Everyone speaks English and they’re all super friendly.  All stores accepted USD if you don’t have Barbadian dollars.  You can find American food in the grocery store but a word of caution, 1 bag of Doritos cost $11 American Dollars.  Enjoy… every… bite… takes on a new meaning.

The Grands officially have the adventure bug.  This trip has been a raging success and short of a massive hurricane striking the island and turning this into a disaster zone, I think the overall impression is that this international stuff is pretty fun.  I think we might be able to talk them into a future trip to Europe… or maybe… with a little extra TLC… Baja Mexico?! 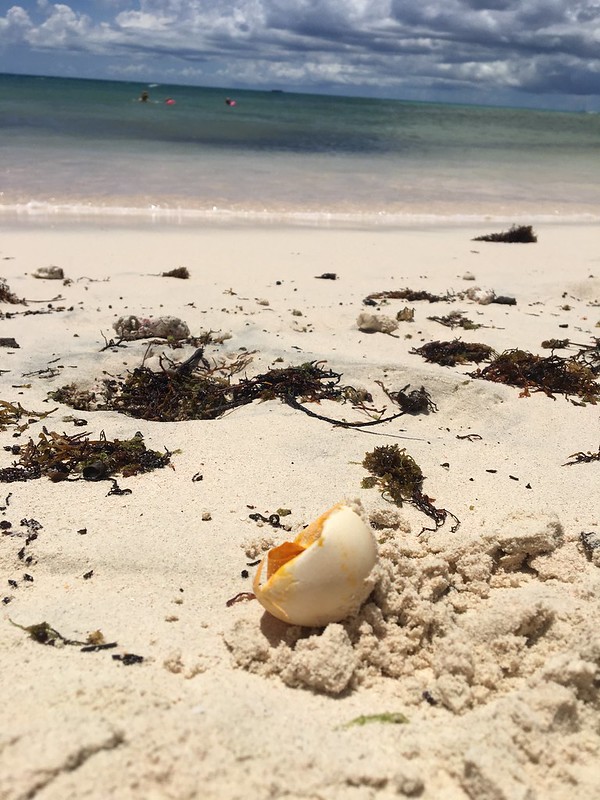 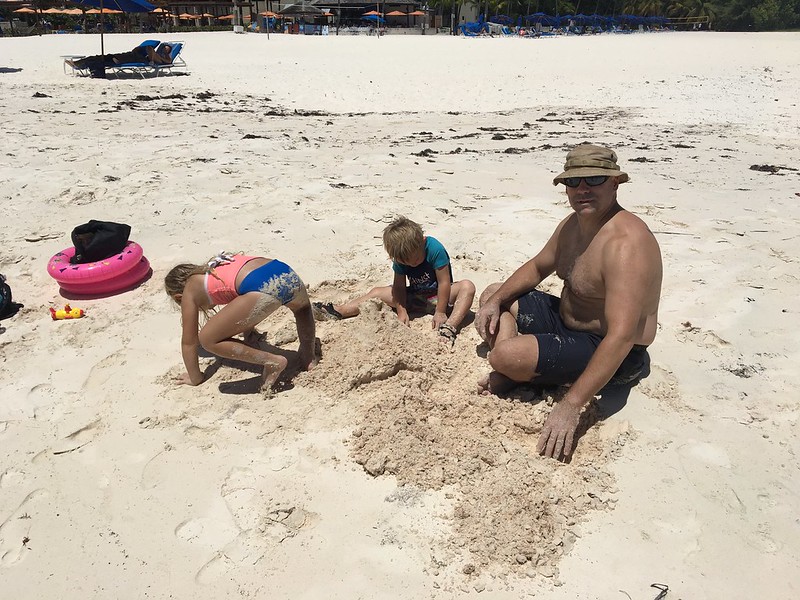 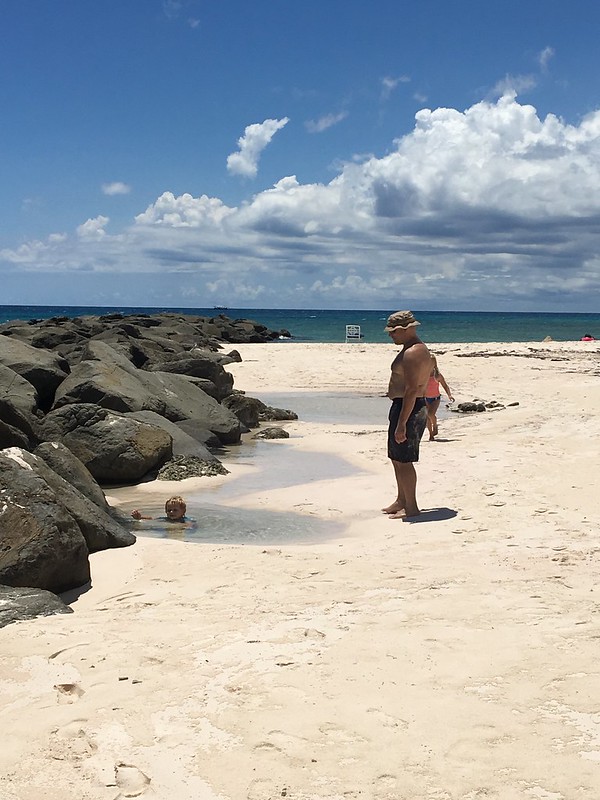 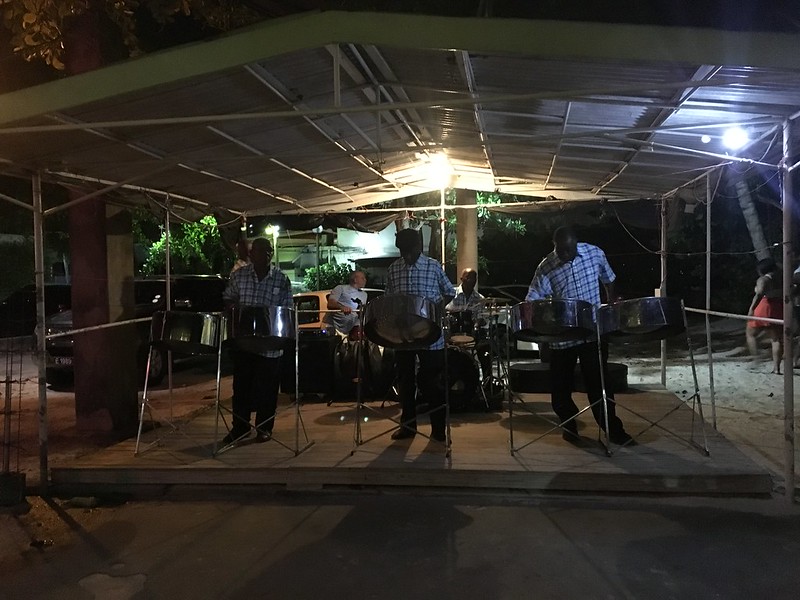 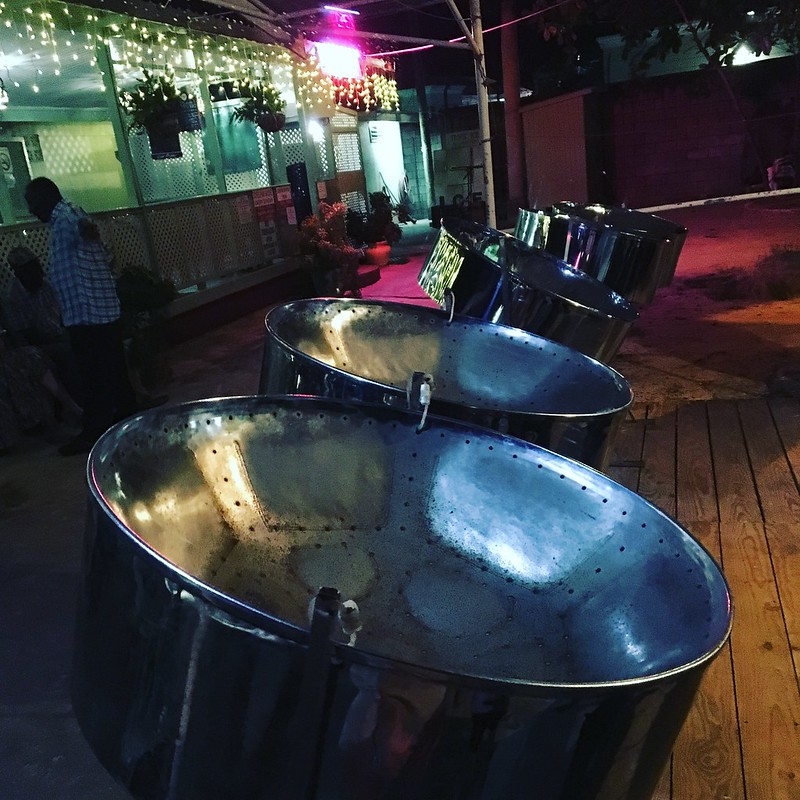 These next few are of the arrival of Tropical Storm Issac: 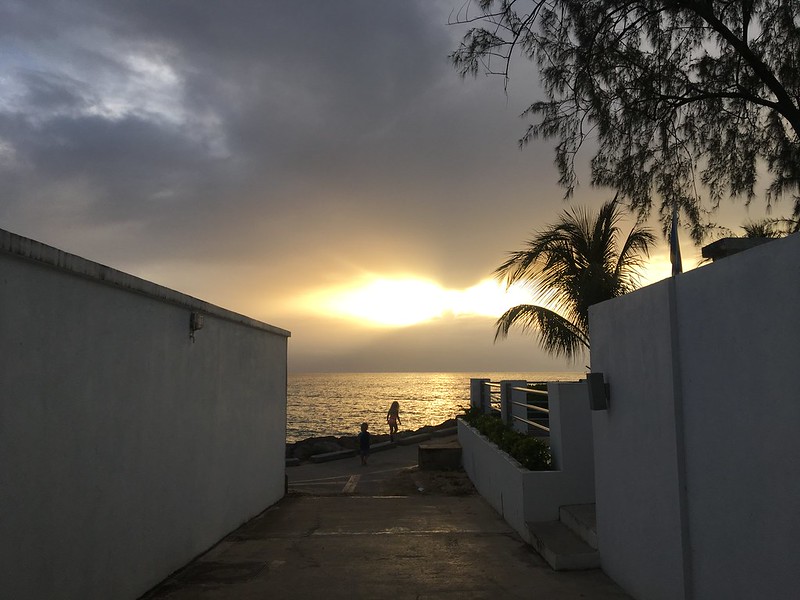 The cruise ship fleeing just ahead of the storm: 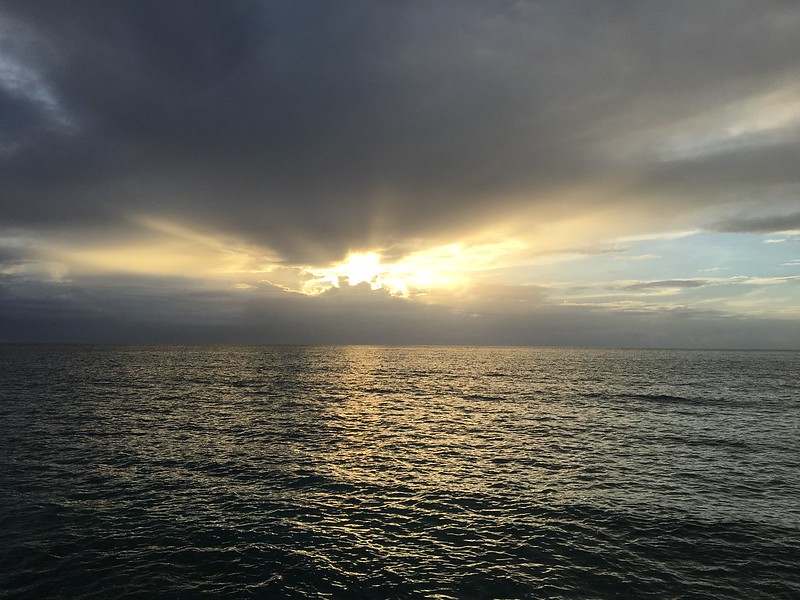 The only people on the beach: 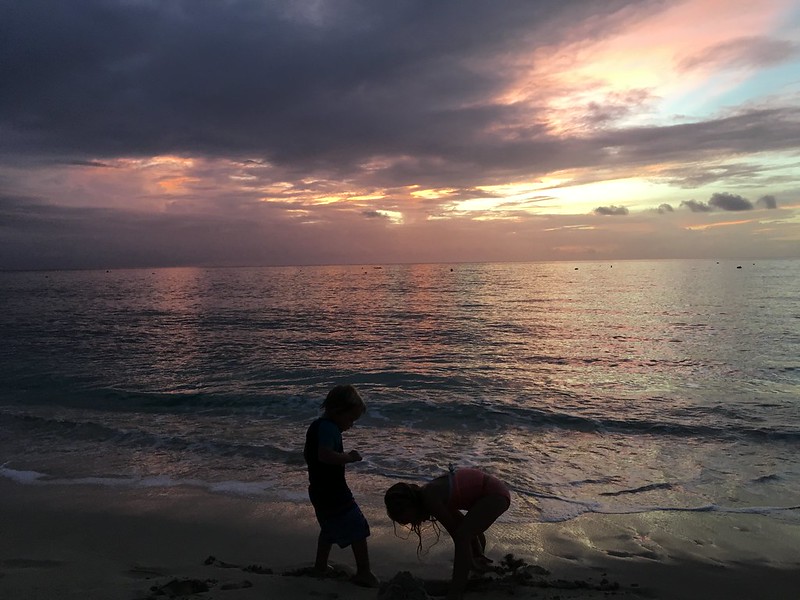 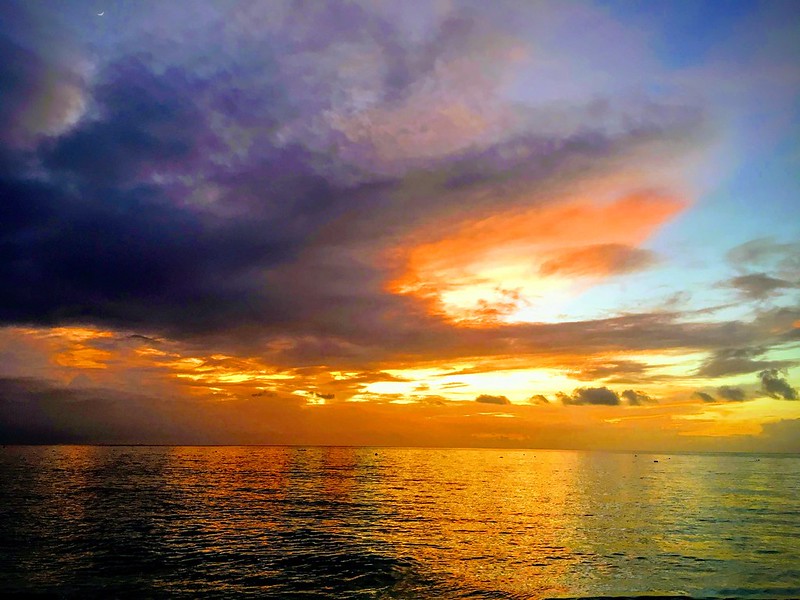 Yup, the Grands arrived during TS Issac… because, of course.  After things settled down a bit: 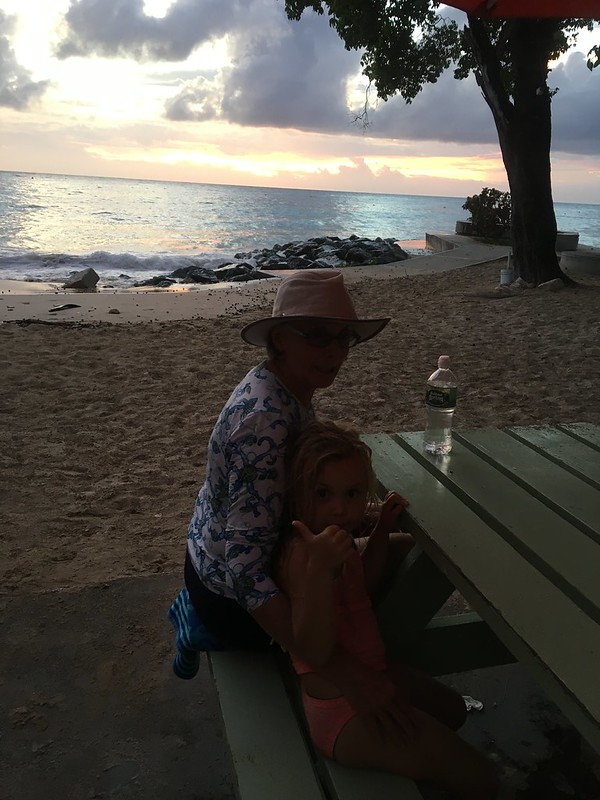 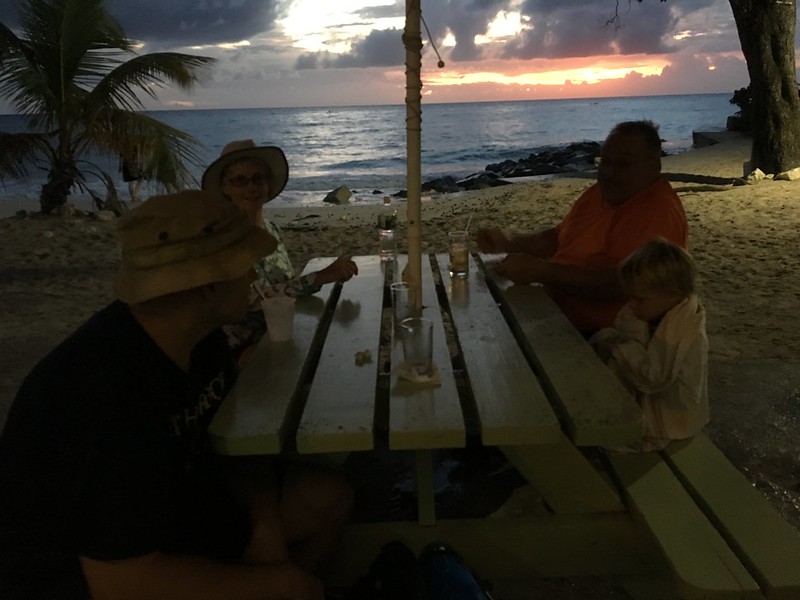 The view from our house: 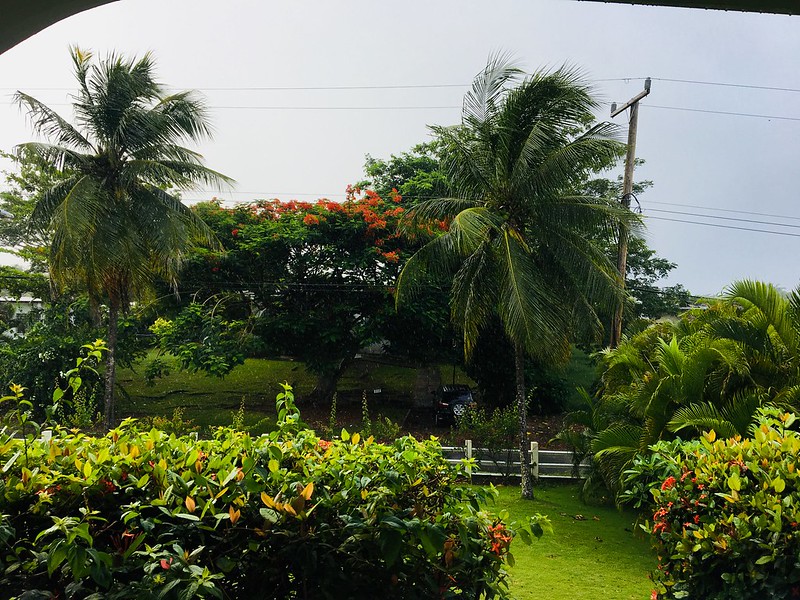 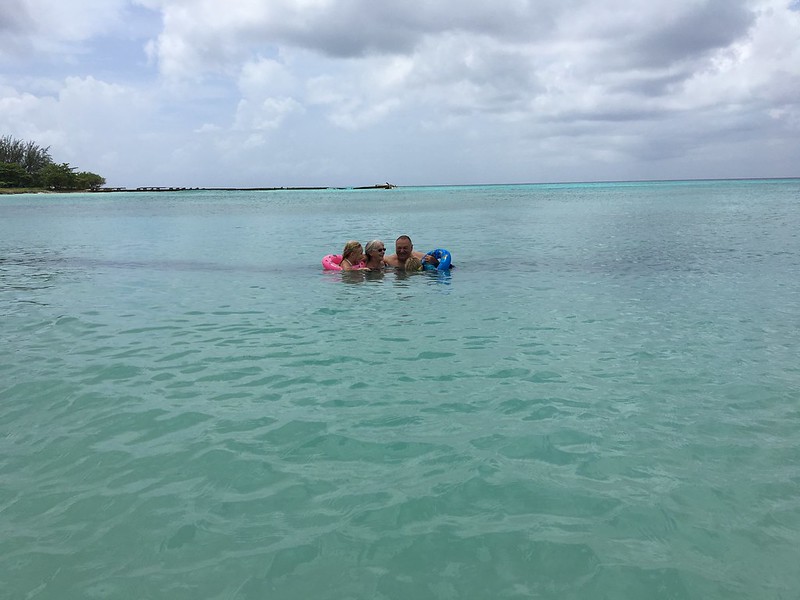 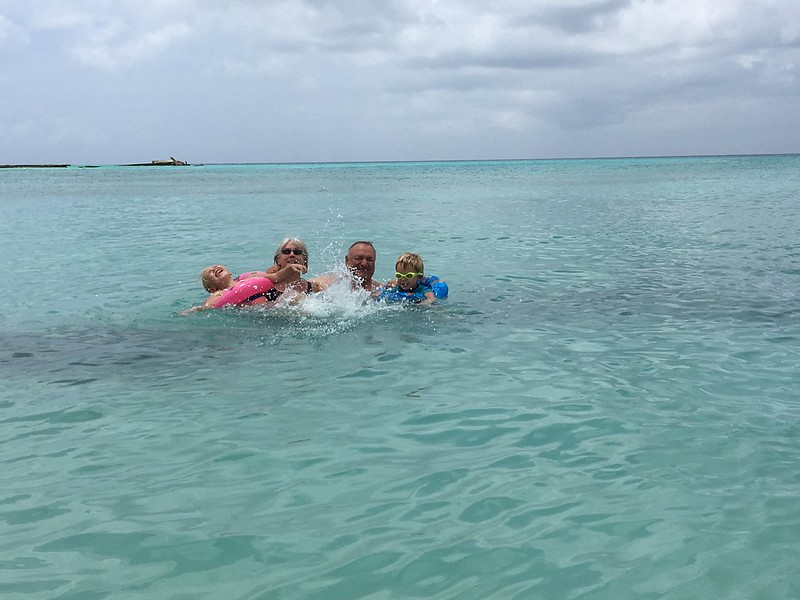 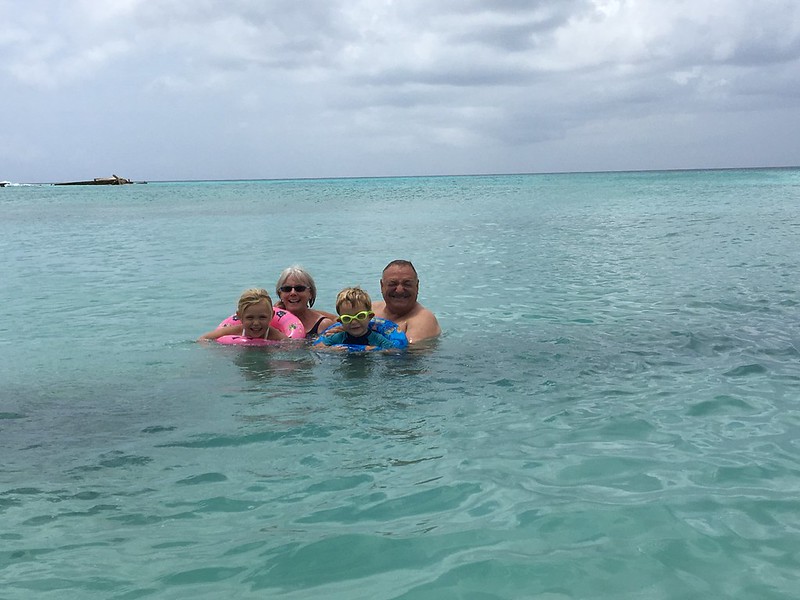 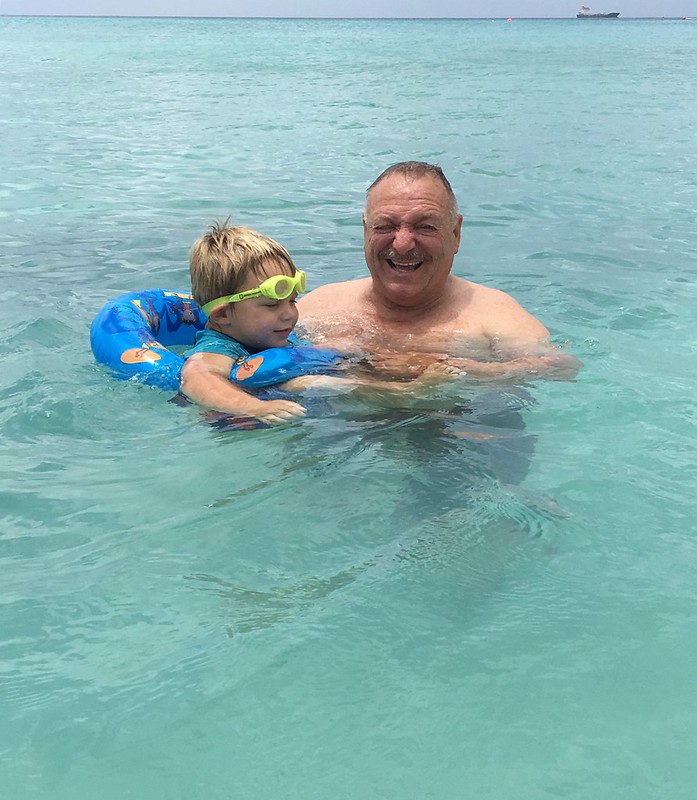 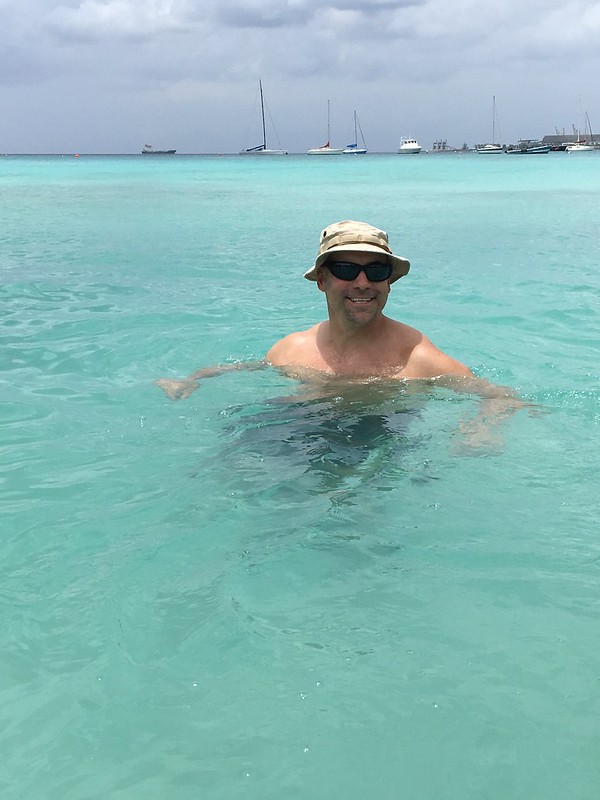 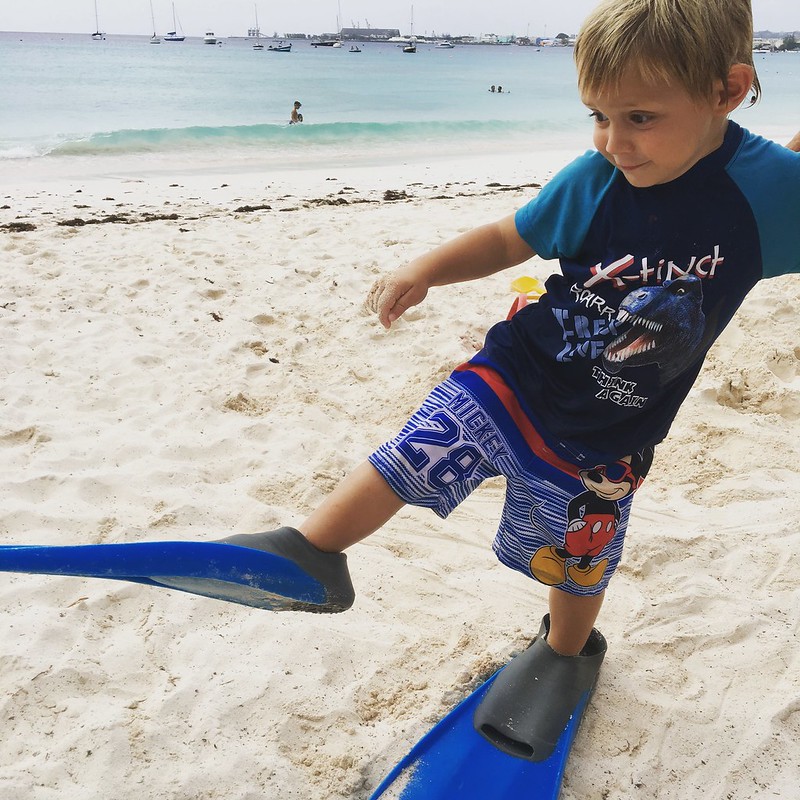 It's never good when you hear, "Ka-chugga....{heart beat  heart beat}  ...bang," as you're driving down the road.... not like a minor explosion, more like someone swinging a baseball bat into the undercarriage of the RV.   We pulled into the...

After going 4-wheeling in our 33' 1985 Winnebago and getting towed by the real Mater we finished our day in a perfectly nice, low speed high drag boondocking spot.  We woke up to people talking (not altogether unusual since there...