More often than not, I love a good tourist trap (except Disney…. I’m not on the Micky train).  We spent this afternoon in Tombstone, AZ… where men walk around in spurs and chaps and no one is laughing.  Loved it.

We walked around the 4 block area that was the original town.  We played in the park at the courthouse (just behind the gallows that are still set up).   We took pictures of a real Pony Express carting tourists around.  I was thoroughly entertained.  I know the kids were entertained.  I think even Scott liked the place.  It manages to reconcile kitschy with historical and it just worked.

Full disclosure – we were only there for 2 hours so any trap worth it’s weight ought to be able to pull off 2 hours before going coyote ugly. 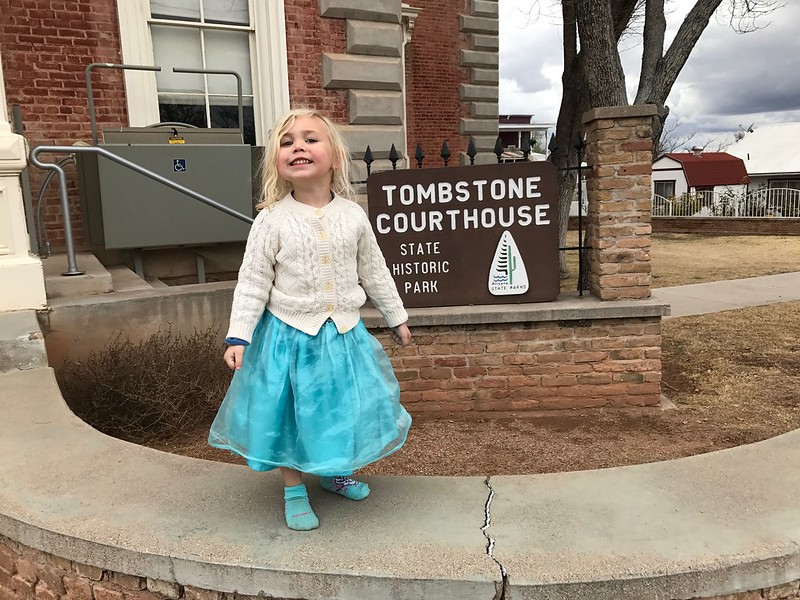 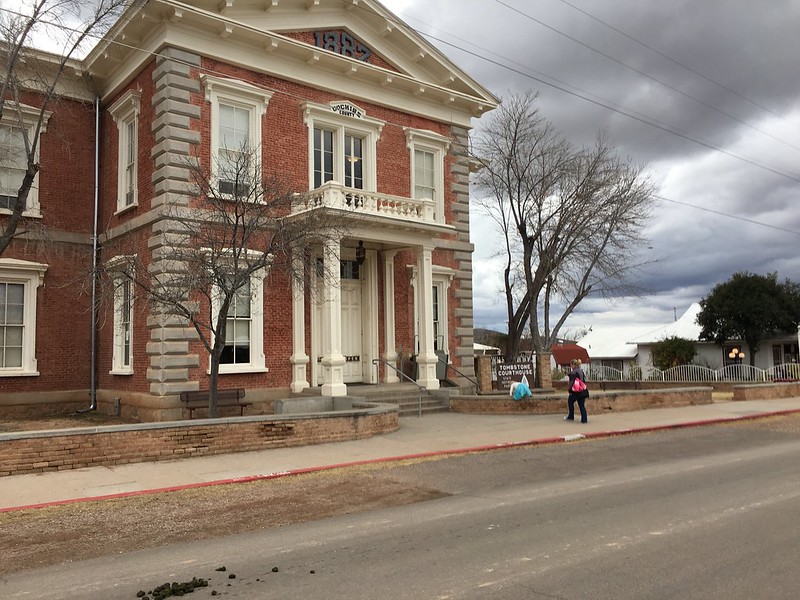 The gallows are just peeking out behind the wall.  We didn’t pay to see them.   Maybe next time. 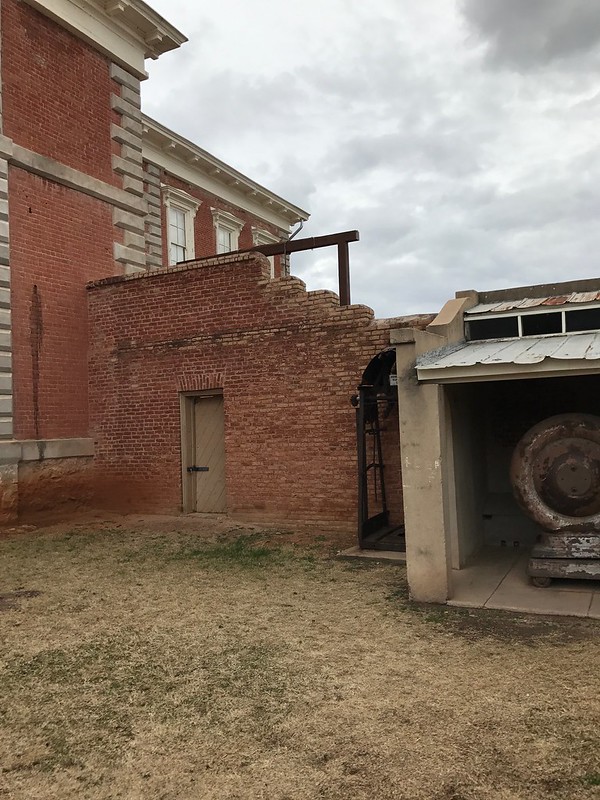 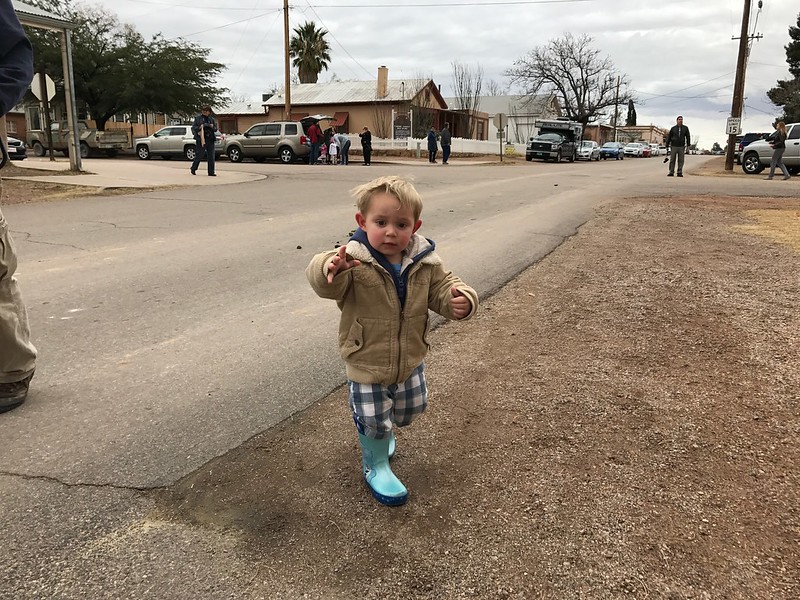 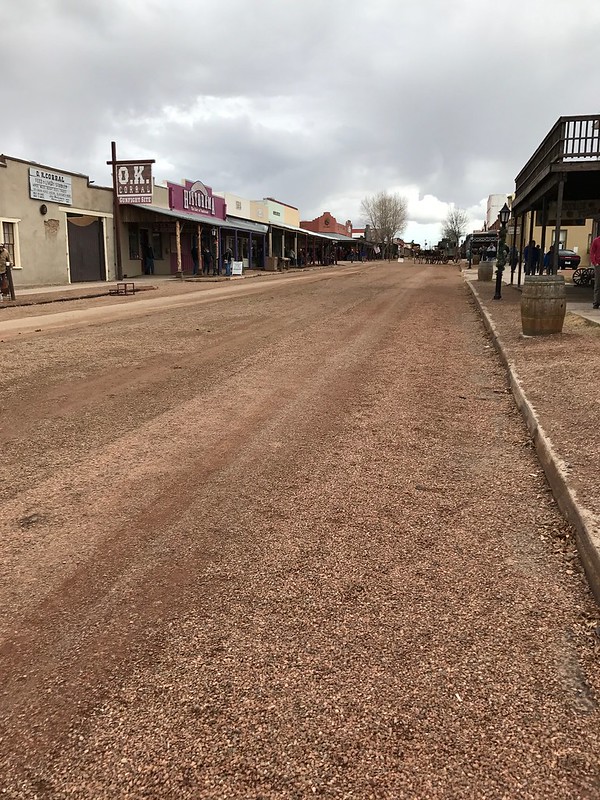 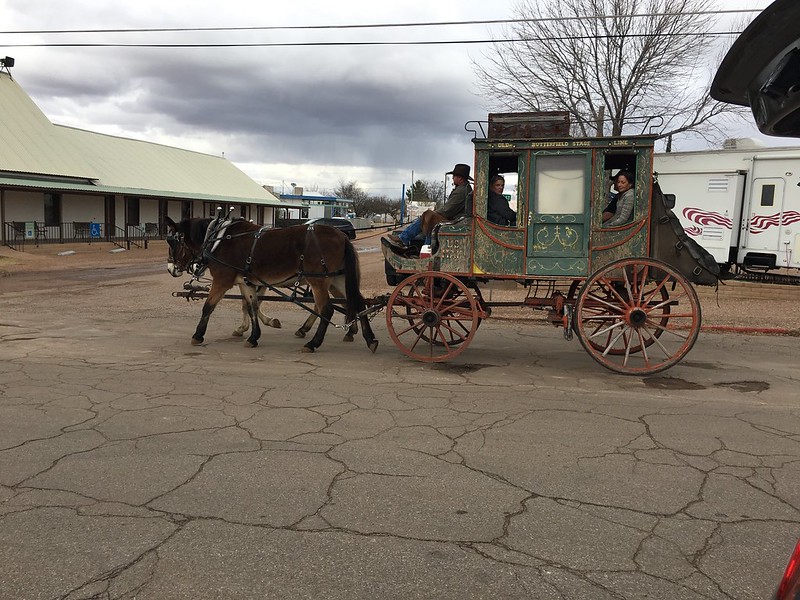 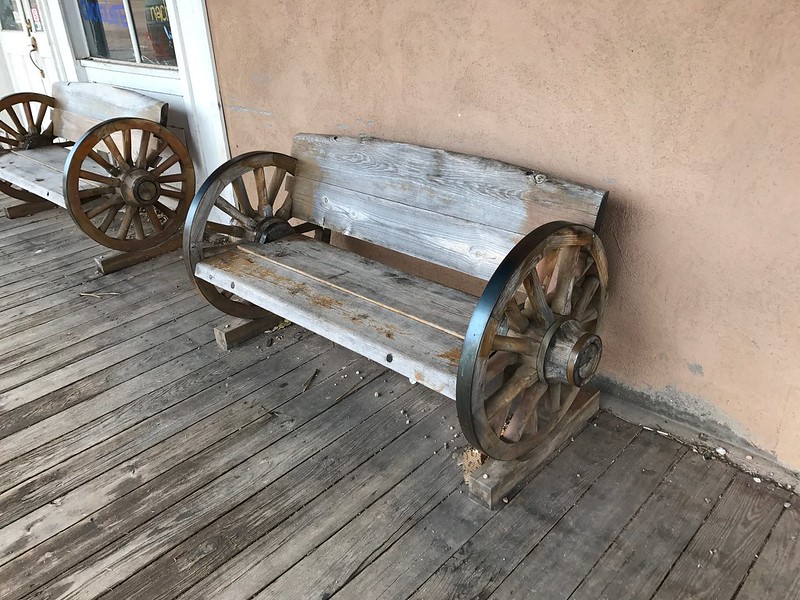 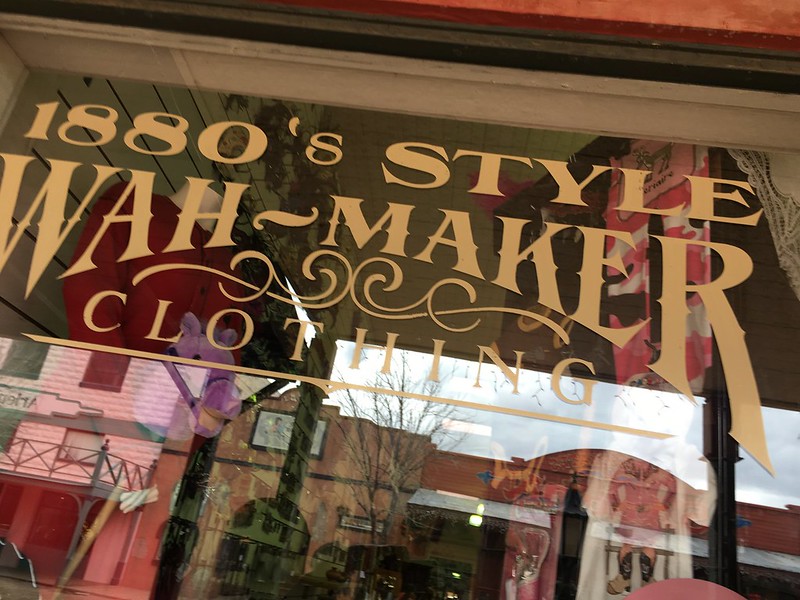 We went to a real shot-out show – part history lesson, part live action theatre.  They even used real guns with blanks.  In fact, one of the newer cast members got so excited by a malfunction he accidentally shot a decent hole through a curtain (which was decidedly not part of the storyline).

The main actor gave an oral history, provided context for the upcoming scene and then acted a role.  The re-enactments were based on historical records from the courthouse archives (vice Hollywood).  The troupe was clearly into it – they were detailed in their accounts and proud to make it as authentic as possible. 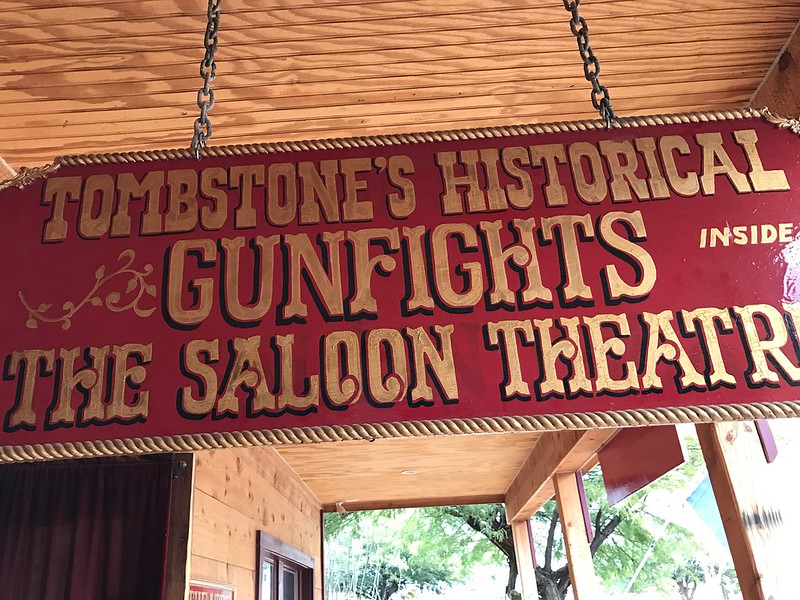 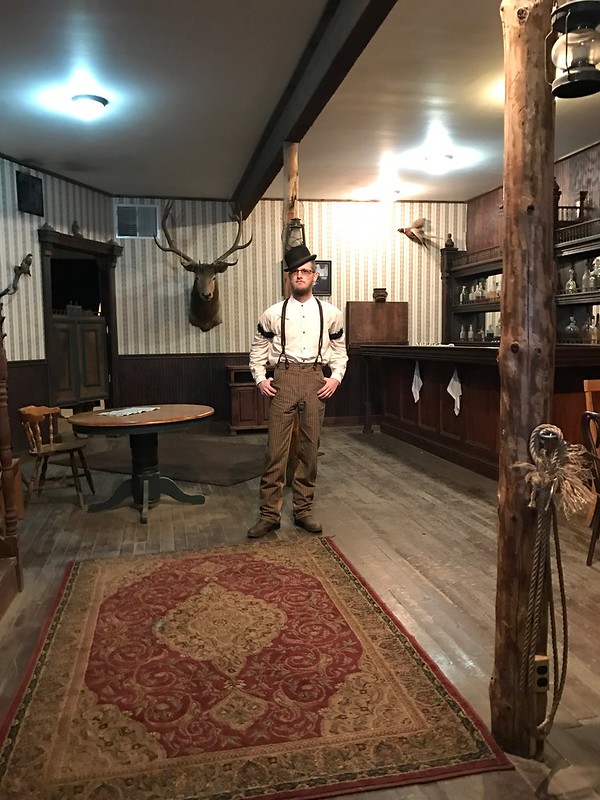 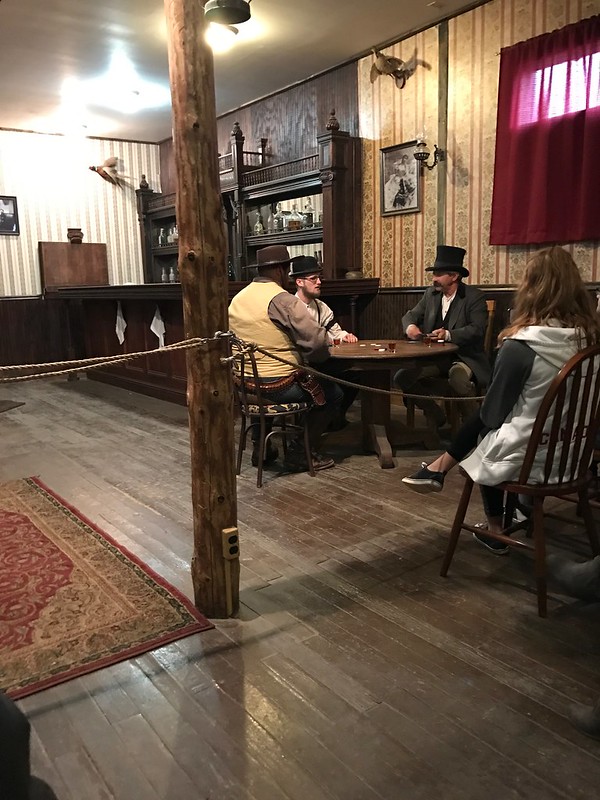 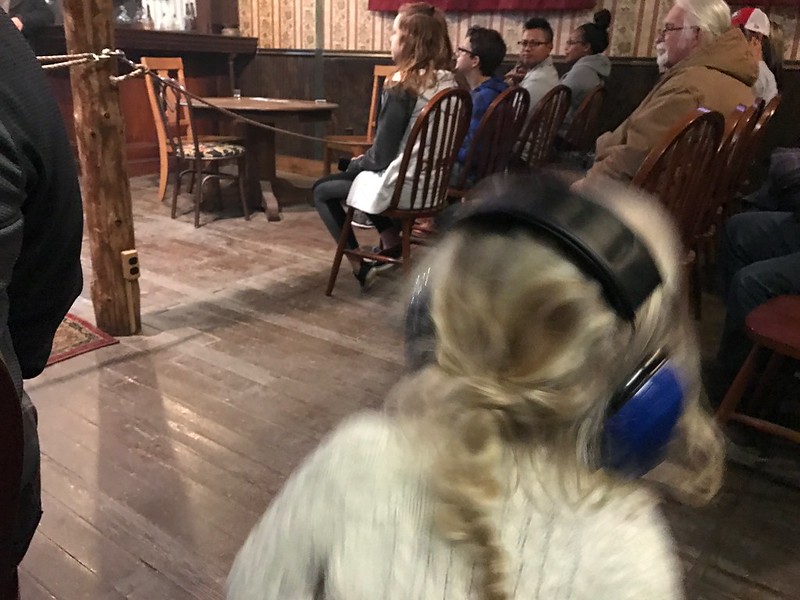 My only challenge with the show was that they talked about the famous Wild West guys like we knew them.  I know the name Doc Holiday.  I have no idea if he’s a good guy or a bad guy.  Ditto for Billy the Kid.  I’m fairly certain Wyatt Erp was a good guy… but 2 of his brothers were killed in cold blood (obviously due to trouble with someone) and the third was a total deadbeat…. so I might not have the full story on him.

Our biggest concern going into the theatre was ear protection for the kids.  Guns are loud and we were sitting close to the aciton.  We were prepared to cover their ears but the troupe had real hearing protection which was nice.  Of course… our kids being our kids…. after the first few shots were fired they annoyingly insisted on taking the headsets off.  Of course they did.

So give me a sec to reflect on something.  It took Scott and I a full 48 hours after the fact to realize that the show perfectly illustrates what I like to call our “nontraditional risk assessment”.  We were worried about the kids ears (valid concern)… when they saw men…. shoot each other…. with real, loud guns….  and play dead…. 20 feet from their seats.  Huh.  Let that sink in for a minute.  Never once did we think…. “Hmmmmm, oh I don’t know, maybe too young?! Hem, haw.”   If they turn out weird, you’ll know why.

Favorite sign of the day is an oldie but a goodie:

I agree with the former…. the latter.  Oh I don’t know.  To each their own.  Personally, I tend to get a kick out of ’em. 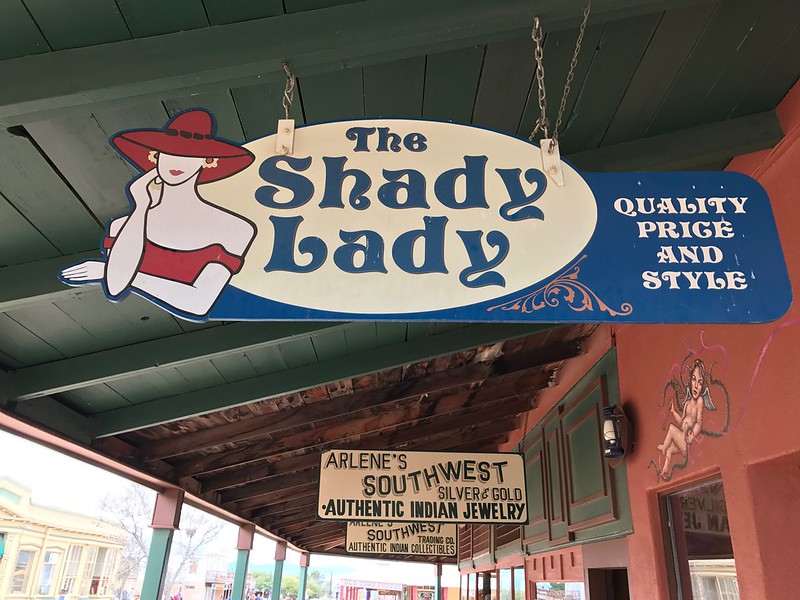 Final picture – as we were walking around there was one home that stood out from the others.  Based on a sign in the window, the owner is the first and only female mayor of the town.  She held the top dog job in the late 1990s – early 2000s.  Her yard was an eclectic mix of flowers and…. other stuff.  Let me know if you come up with a good caption for it – it’s ripe for some good sarcasm (something about Poo-pourri maybe?!) but thanks to the kids waking me up before 6 this morning… I’m coming up short. 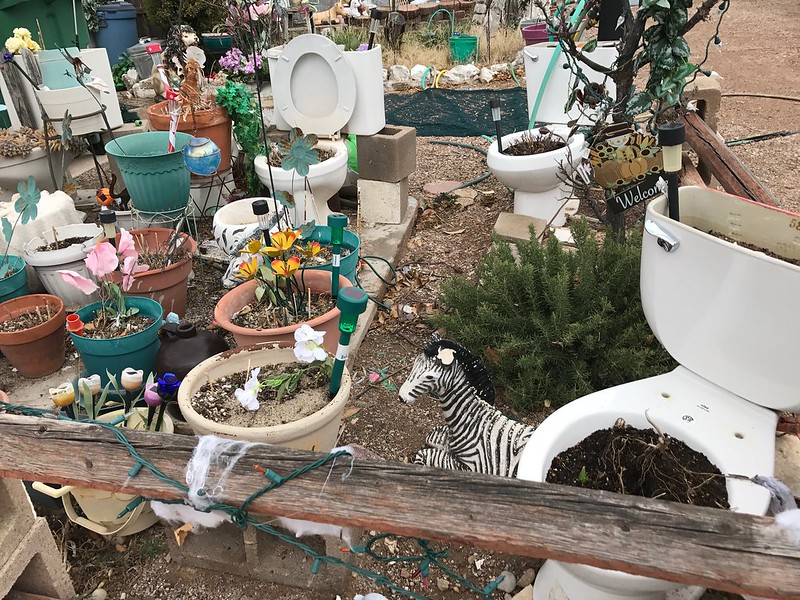 We had an extra day in Duluth since the new shocks for the trailer had to be overnighted.  What to do with an unexpected 24 hours?  How about visit an old iron ore mine 2500+ ft underground? Soudan Mine was a...

The national parks give us all sorts of great science activities on the road. However, those activities don't usually involve the branch of science closest to my heart: Chemistry. (Yes, I know it's supposed to be physics, such is life)....