Scott and I had been talking about me learning to do everything on the RV (even the solidly blue jobs) so that while he’s away at a professional event in Feb/March we’ll be squared away. Scott, “Ok, you’re driving today.”  Me, “Ok.  No problem. {Inside head – weirdo}”  Three hours later, getting on the 405 in rush hour traffic I quietly called Scott names I haven’t used in years.  I also flipped him the bird twice.  Driving a 6 ton, 45 ft beast among annoying little zippy Hollywood cars, alternating between hitting the gas to keep up and jamming on the brakes (as gently as possible to keep them from smoking), absolutely sucked.  I was pretty sure I was going to hit someone famous and TMZ would be right there to get a shot of the ‘Spaceballs Mobile’ rear-ending Brad Pitt.  Awesome.

We passed Beverly Hills and I couldn’t even look up.  Scott was totally unimpressed as we passed Sunset Boulevard and he thought I was a boob for wanting to get off the highway to have a look around.  I strongly advocated for making time to see the Hollywood sign or Venice Beach or the Chinese Theatre.  Pass, not now and eh, probably not ever.  He’s not a famous/Hollywood/mind candy kinda guy.

We pulled up to our friends home in Manhattan Beach.  My girlfriend wasn’t there but she said, “Just park in the driveway, I’ll be home in a few minutes.”  Her driveway wasn’t quite long enough to accommodate the Chief.  We squeezed him in between a Mercedes and a BMW and I giggled as I took these photos: 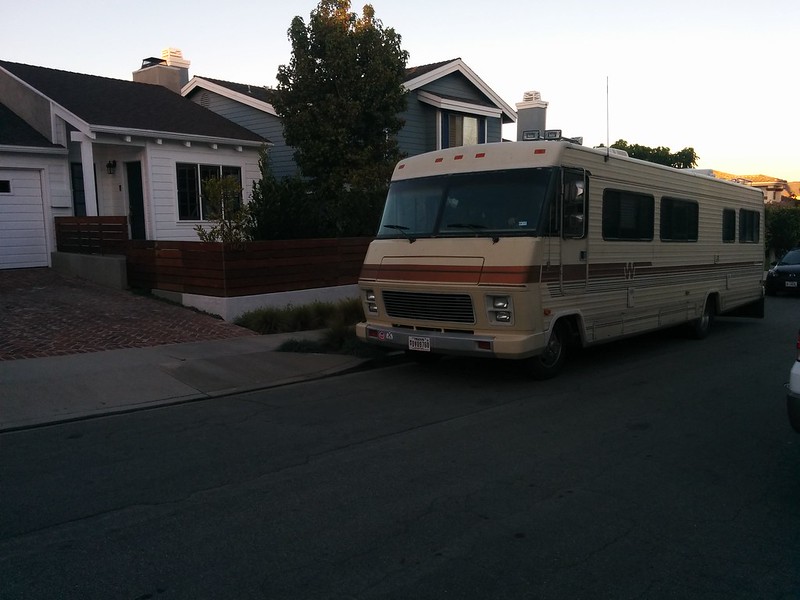 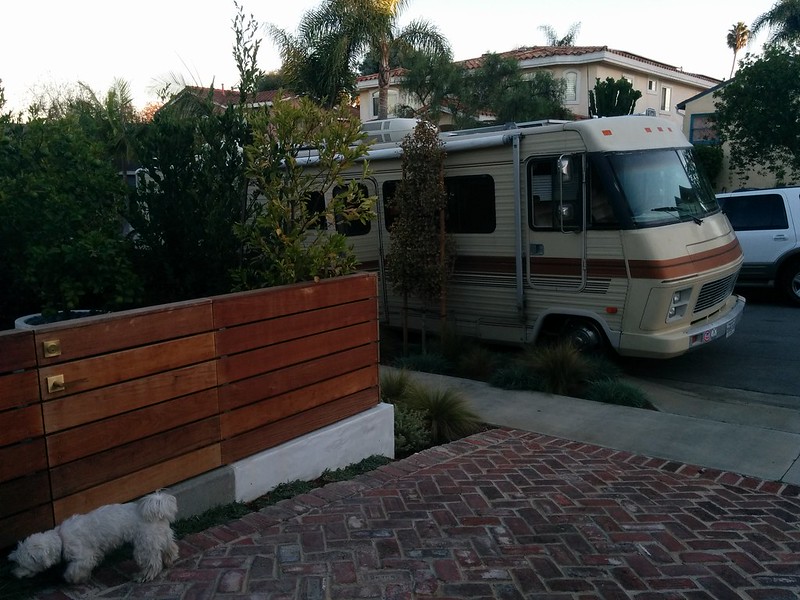 All I could think of was the Clampett family from that old tv show pulling into Beverly Hills. I love the Chief – I’m attached to it.  But there are times when it’s hard that I can’t explain to anyone who sees it that we’re in an older RV on purpose… we aren’t crazy weirdos who can’t afford a normal place to live.

Now that I think about it… I guess I’m projecting that people are going to judgey.  I hope that doesn’t mean I would be judgey if I saw us driving down the road. By the way, none of the neighbors called the cops or even called our friends so I guess I was way off the mark.  They’re all cool beach people.

With 2 other little people to play with, it’s safe to say that Evie and Jack were in kid utopia.  Of course there were toys, a giant beach and interesting new books…. but most of all it was the little people that made their whole weekend.  The four of them (ages 4, 3, 1.5 and 1.5) didn’t always get along.  There was a lot of learning to share and negotiating space but that didn’t take away from getting to be around friends.  Evie would have stayed there indefinitely.

Scott and I got be around good friends.  We talked politics and world events and business and family stuff and travel.  We talked about me possibly leaving my career and what that may feel like if it happens.  We talked about parenthood.  We went to the beach.  We saw some outstanding beach volleyball being played.  We got some sun.  We hung out. 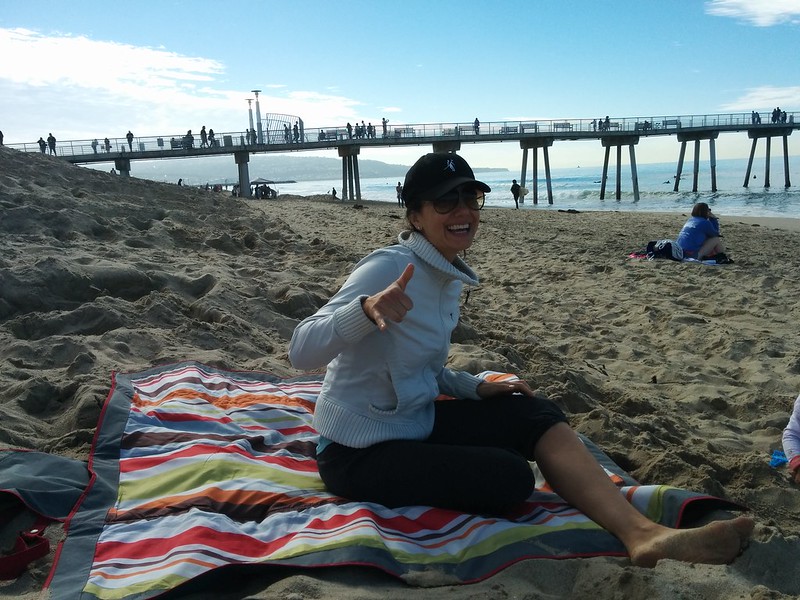 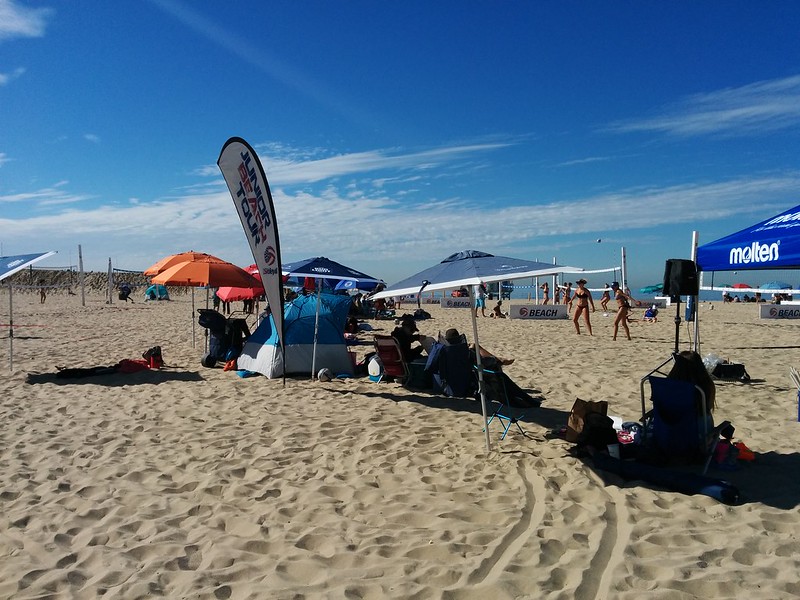 After a few hours on the sand, we moved to Manhattan Beach for cookies and coffee and walking around. 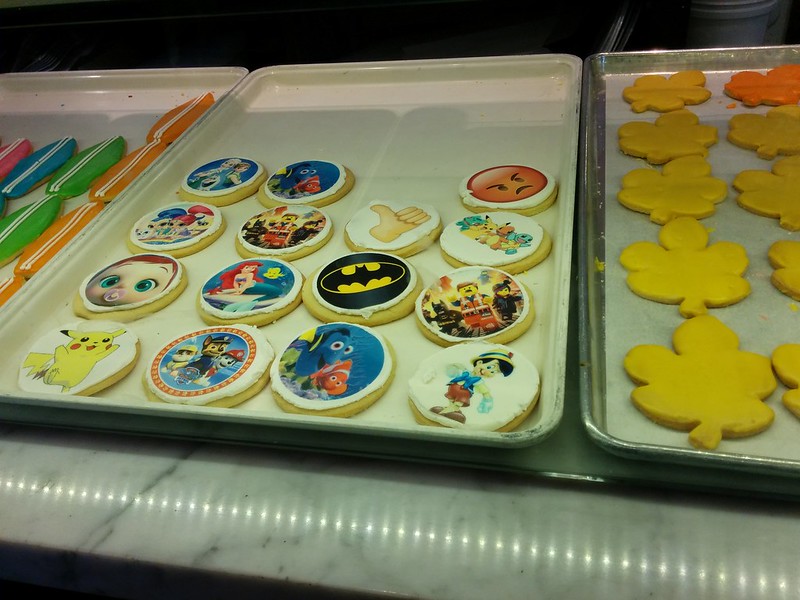 The aquarium on the Manhattan Beach pier was a fan favorite with the little people.  At one point we were discussing swimming near the pier.  Our friends do an annual swim race between the Manhattan and Hermosa piers (just shy of 3 miles in the ocean!) and I wanted to know if they jump off the pier (Baywatch style!) when the gun goes off.  That led to a discussion of swimming around it and I mentioned my unreasonable fear of terrifying pier creatures.  We walked into the aquarium and sure enough… there was an exhibit called “Under the Pier”.  There were 2 giant, nightmare-level eels trying to eat people through the glass.  Oh hell no.  I’ll take on the sharks over the pier creatures any day. 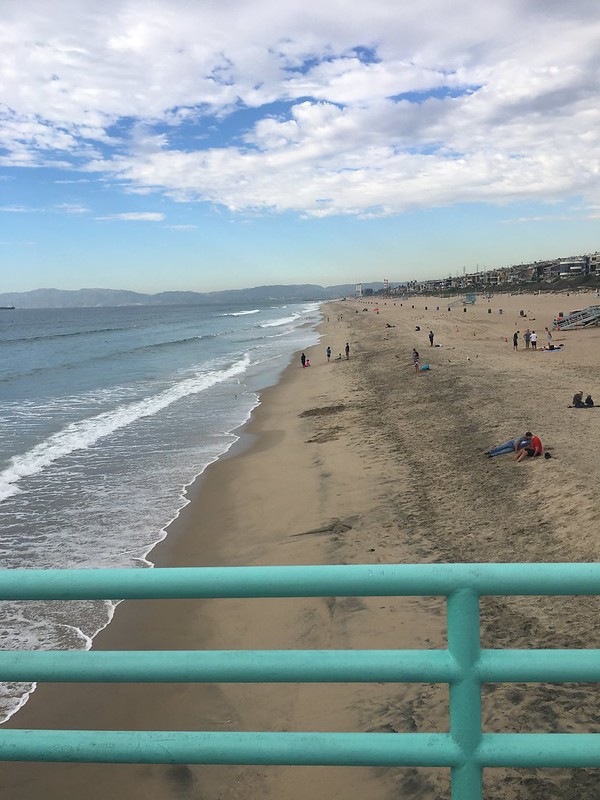 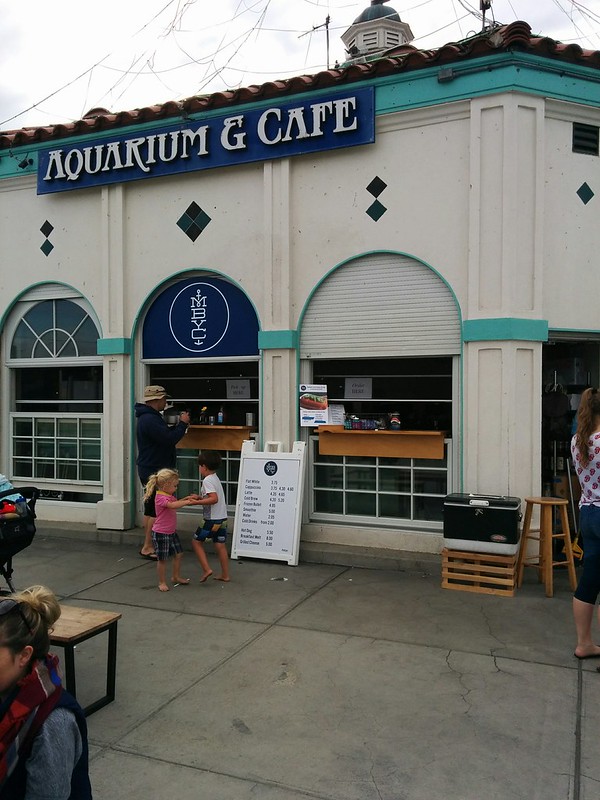 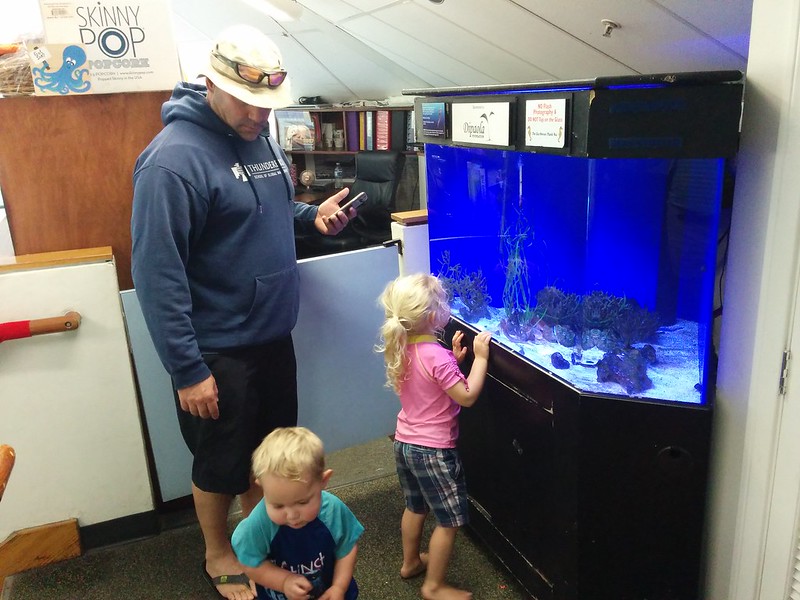 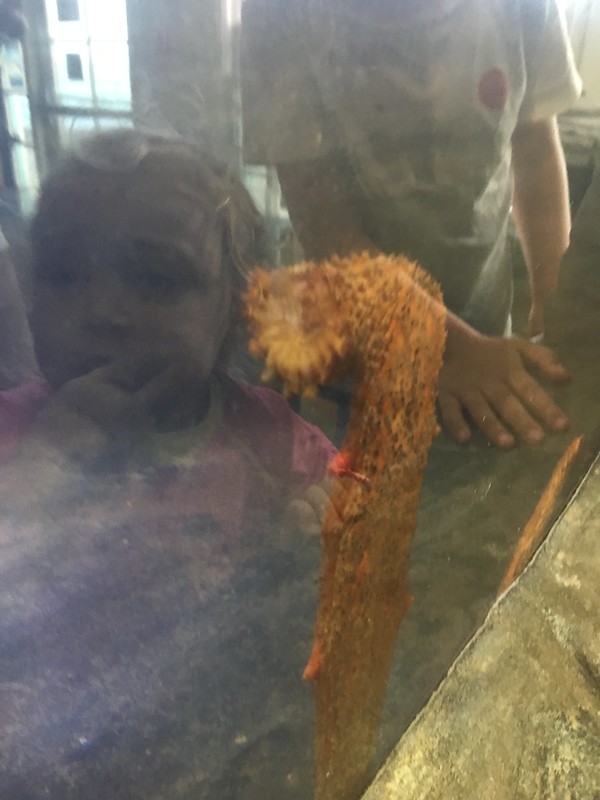 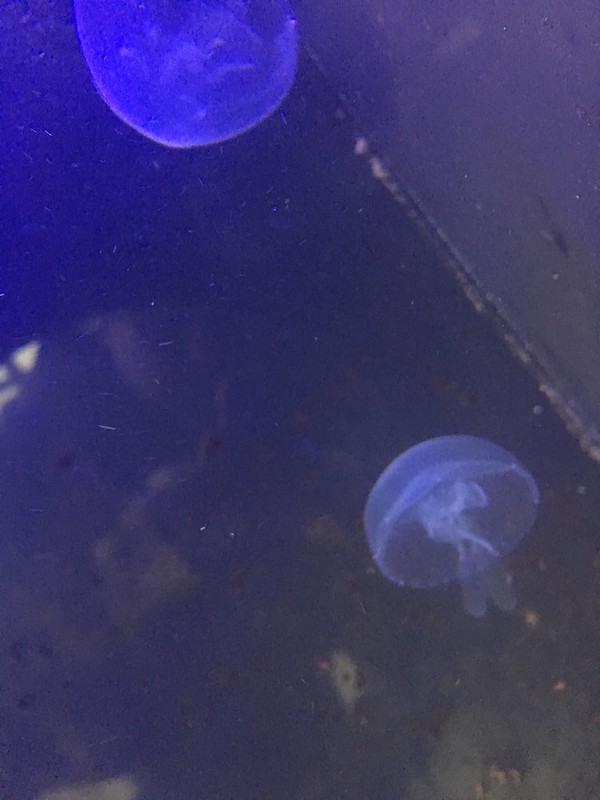 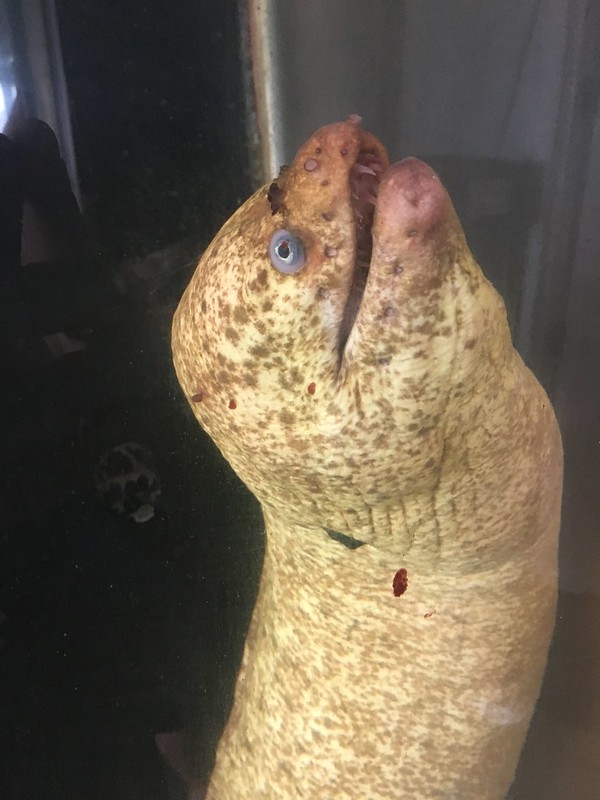 We received a local’s tour from the natives.  We got to see all the best parts of the town. 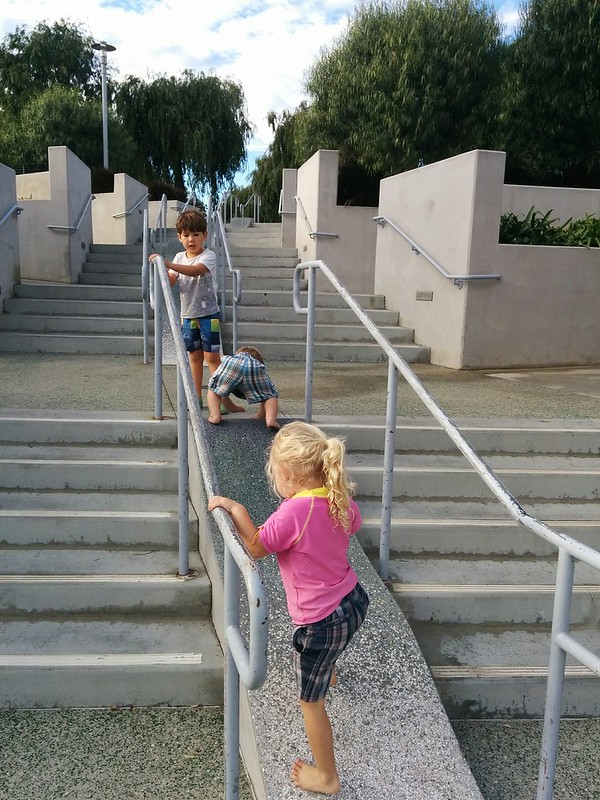 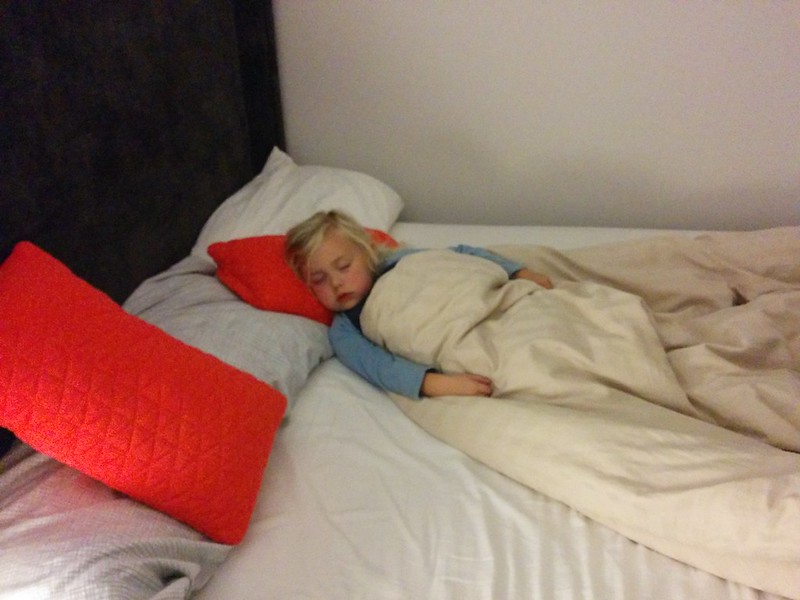 Thankfully they were getting on an airplane on Monday morning. I used the heck out of that as an excuse when it came time to leave.  If Scott and I would have had to be responsible for taking the kids away form Auntie Ang and Uncle Brock AND then taking them away from friends, I’m not sure we could have recovered.  Instead, the conversation was much more palatable, “They’re leaving too.  We can’t stay in their house without them.”  Evie wasn’t happy but she got the logic.

Every year Nate join us for either his February or April vacation.  This year we got April.  We hadn't expected to be on the west coast by that time, but here we are. His arrival is always a big deal. Think 'Paul...

If it seems like the posts have dramatically slowed.... it does to me too.  Here's the deal.  I'm doing everything I can to hold it all together.  Kids, driving, fixing the RV, visiting, touring, dog, eating....  By the time evening...