Warm, in bed, just waking up… the kind of wake up that’s happy and not rushed.  From downstairs I hear Evie, “Ahhhhhhh… No!  Not again! Nooooooo!”  Zero to tangled up in the sheets, tripping out of bed, looking for pants… clean pants, dirty pants, any pants to get downstairs…. forget the pants.  I don’t need pants.  What is happening?!

I rounded the corner on the stairs approaching warp speed.  There she was, standing on a chair in the dining room.  She had her feet planted shoulder-width apart, chin up, hands locked onto on the back of the chair and she was glaring out the window into the fields.  Nothing ever happens in those fields, so… huh?

We live in a rural part of the state (right now).  This should come as no surprise since I talk about it… all the time. The fields across the street from Mom’s house are used for haying.  Beyond that is a cornfield and well beyond that is forest.  As far as fields go, they’re pretty consistently boring.  One time mom caught the neighbors doing a fun little naked photo shoot out there (and didn’t that become the giggle talk of the neighborhood!?!), but other than that, nada.  We rarely even see deer so it’s not like we have a front row seat to Nature Doing Nature’s Business.

I was totally confused.

I looked out with her and there, in the middle of the field, sat a giant red tractor-trailer truck.  Sigh.  “Oh no, not again,”  is exactly the right thing to say when you see the dreaded poop truck.  They’re pooping the fields…. again.

There are charming quirks that come with living outside of an urban environment.  Dressed fields don’t fall into that category.

A big truck overflowing with poop shows up and spews manure 20 ft or higher into the air making a grotesque poop fountain (that is oddly mesmerizing to watch).

When one field gets dressed, they all do.  It’s a process that seems to last for at least a week in our little town.  Maybe that wouldn’t be a big deal in and of itself.  After the first onslaught, the smell comes and goes and it’s manageable… But the trucks overflow onto the road.  They drive the poop around, hit a pothole or two and belch crap onto the street.  That becomes a huge deal to anyone who runs outside.  Like… say… this girl, for example.

I’m now running 4-6 miles a day.  And when I run, I don’t run pretty.  My mouth is open and I’m sucking air.  I’m pushing 200 pounds up the road.  My intake is wide open.  When they poop the fields, the air becomes gritty and it tastes bad.  My shoes get covered in it.  How’s that for nightmare-level gross?!

Did I mention they use chicken manure… the vilest, most horrible manure on the planet?!

I started in with Evie, “Ahhhhhhh… man.  No!  Not again! Nooooooo!”  When you see the poop truck, you are compelled to whine.  It’s a compulsion – not controllable.

So that happened.  And then it started snowing.  The bees are making hives on the lines this year.  For anyone who doesn’t know what that means… it’s a signal to make sure you have your snowblowers tuned up and extra shovels at the ready.  It’s about to get deep.  I have dreams of Carribean beaches and Amazon adventures in my head…

This is what I look like on the road these days.  I call it, “Blending.”

Behind me is a recently pooped field.  The whole thing is brown because… you know… poop.  GROSS.

And in this one, it’s snowing.  My first snow run of the year: 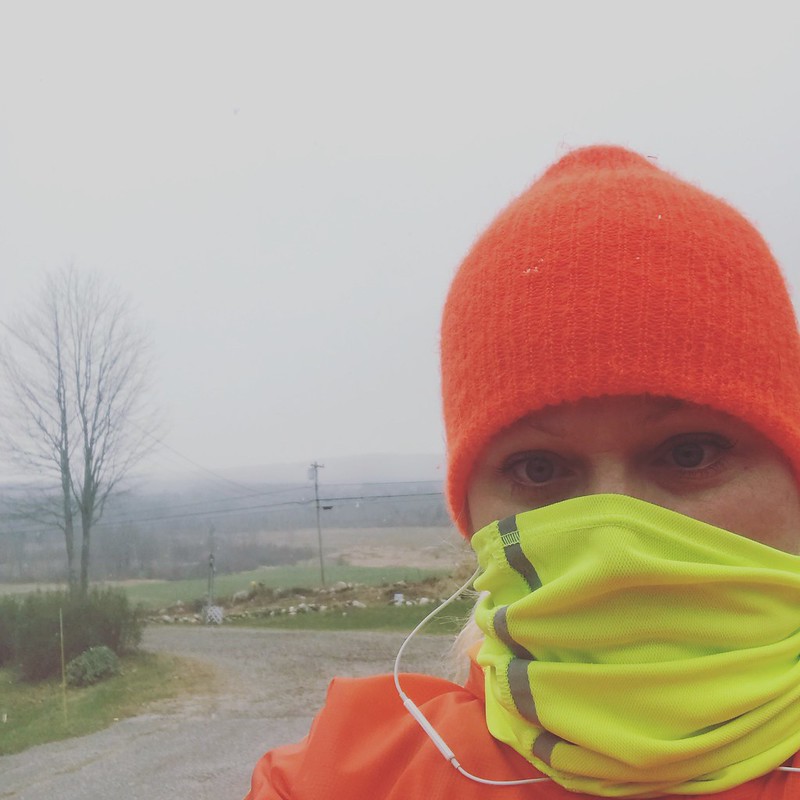 Enough of me in my running gear already.  By the way, pretty soon I’ll be under 200 pounds.  It’s working.

It stuck, it counts.  Bring on the snowball fights and hot cocoa: 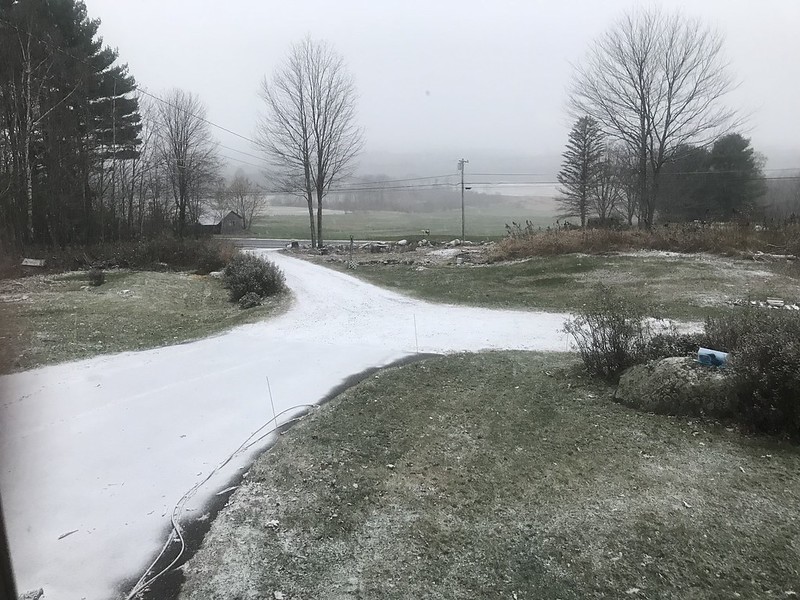 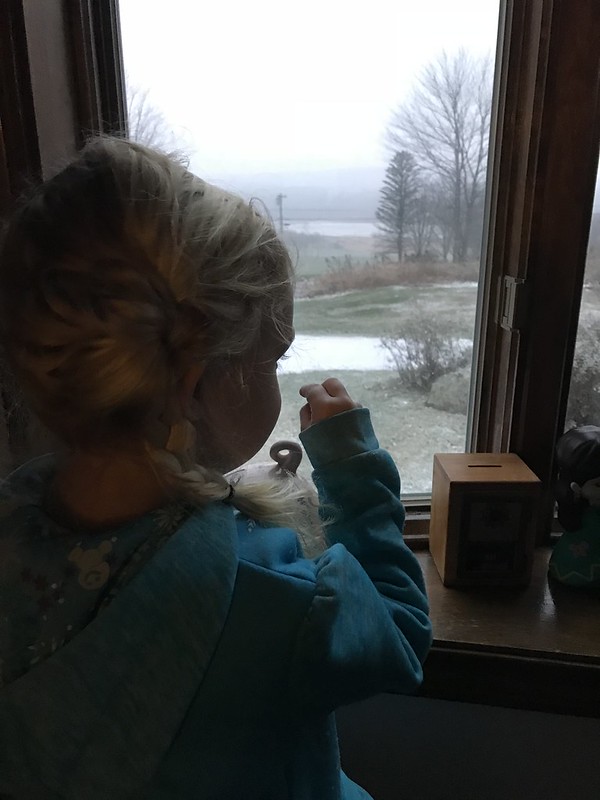 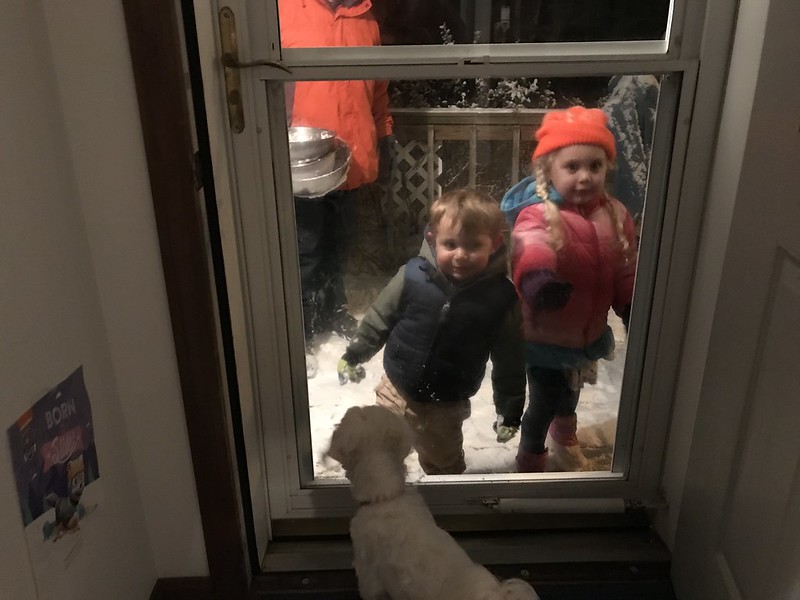 Scott’s doing some public speaking these days for his company.  Better him than me, that’s all I can say.  It’s fun to go with him, though!  He’s actually oddly calm and collected about it…. that whole Door Kicker Calm comes out and he just rolls with it. 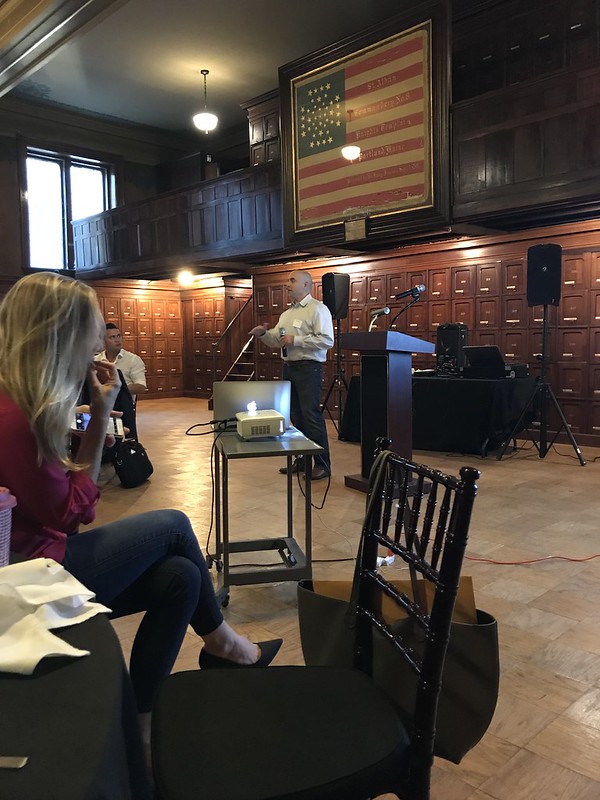 I think this might the worst picture I’ve ever taken of these 2.  I laughed out loud when I saw it:

Evie is spending the money she earned at the lemonade stand to buy herself something she picked out at Walmart.  Watching her start to experiment with doing the things she sees us do… it just makes me so proud and happy.  I also dig that she wears her Super Girl getup in public – mask and all. 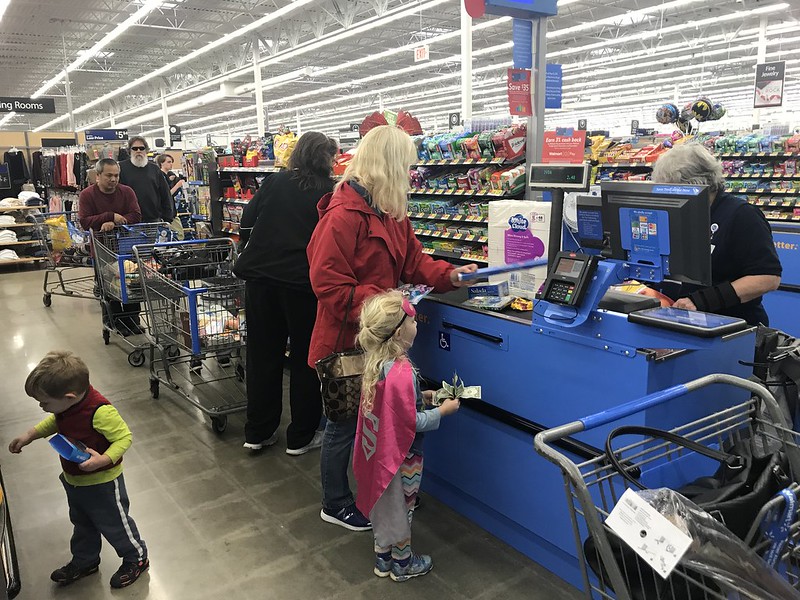 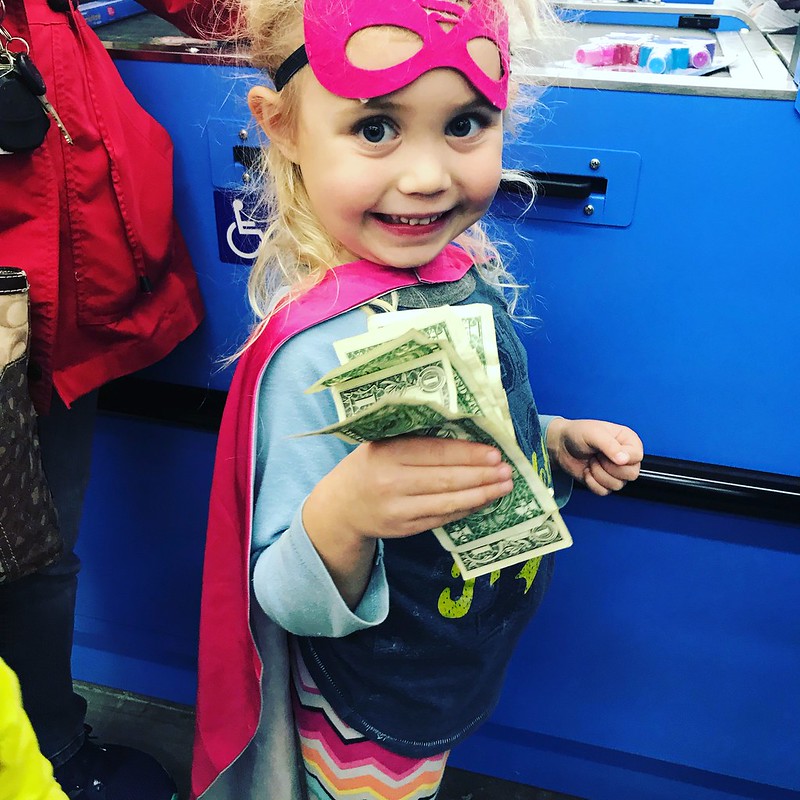 I've had the health status post in draft for almost a month.  You would think it's the easiest to write but for whatever reason it's been the easiest to put off.  Maybe because I don't feel the pressure of memory...

Quest For The Antidote

Scott and I got to go on a fairly rare date night.  I always make sure I have my passport ready and a spare set of socks.  These sort of nights have a life of their own.  Always Be Prepared....

We're still figuring out where to go, when to leave, etc.  I'm not gonna lie, it's a little frustrating.  I'm not entirely sure what the hold up is apart from me being flighty and struggling to reconcile some tough requirements...