I’ve been diligent about going through my checklist before starting up and driving off.  I mean, really really good about it.  But we were just moving spots this morning and I was in a hurry and making sure the kids were seated…. and I drove off still attached to electricity.  Thankfully, the water hose wasn’t attached too or else we would have had a fun water/electricity disaster as well.

The plug pulled out before the cord pulled out of the RV.  That’s good karma right there.  Mercy!!

I felt like a total jackass and I really kinda wish we weren’t staying another night in this park because I’m positive all the blue haired nosy folks saw the whole thing.  It isn’t the first time I’ve embarrassed myself… won’t be the last.

After I got us moved, to calm myself I joined Mom and the kids on a walk around the little campground pond.  We saw birds.  We walked slowly.  It was nice.  At one point the ducks and geese noticed us and swam over.  How quaint.  They were about 20ft off shore… looking at us as much as the kids were looking at them.

Out of the blue…. one old boy grew a pair and suddenly closed the water gap at warp speed.  He leapt onto land in a move that would have made Superman jealous and came at us like he ate a double dose of viagra with a side helping of testosterone. I had Jack on my hip.  We were moving out of the kill zone at a sprinting gallop.  I turned to make sure Mom and Evie were ok but they weren’t….  It was going to be a Man Down situation.  The goose was literally 3 ft behind Evie and closing, beak open and ready to catch some flesh.  Because that’s exactly what I need… Evie terrified of water fowl for the rest of her life.

I pivoted – free arm as high as it could go over my head (straight up E.T. style) and started in for a solid game of chicken with the goose.   Jack’s eyes were the size of dinner plates.

Apparently a 200 lb momma coming at a 25 pound bird meaning business is enough to send the message that, either way, it was going to lose.

Now I’m spent.  Between the electricity thing and the wild goose chase thing…  where is the wine?!  Hook up an IV.  My goose is cooked.

No pictures of the goose.  None of the campground either.  By the way… Mom would like me to note that this was one of her favorite campgrounds.  Me?!  I’ll never go back.

We got ice cream.  I needed something. 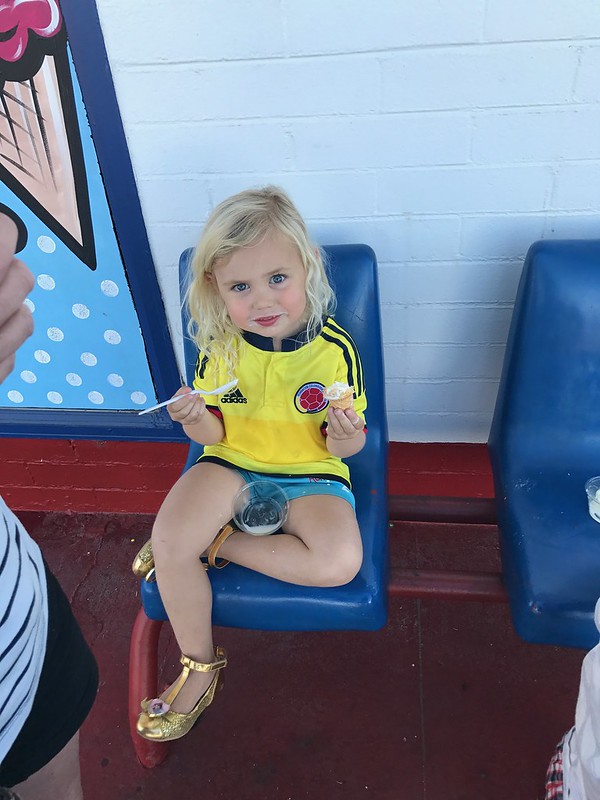 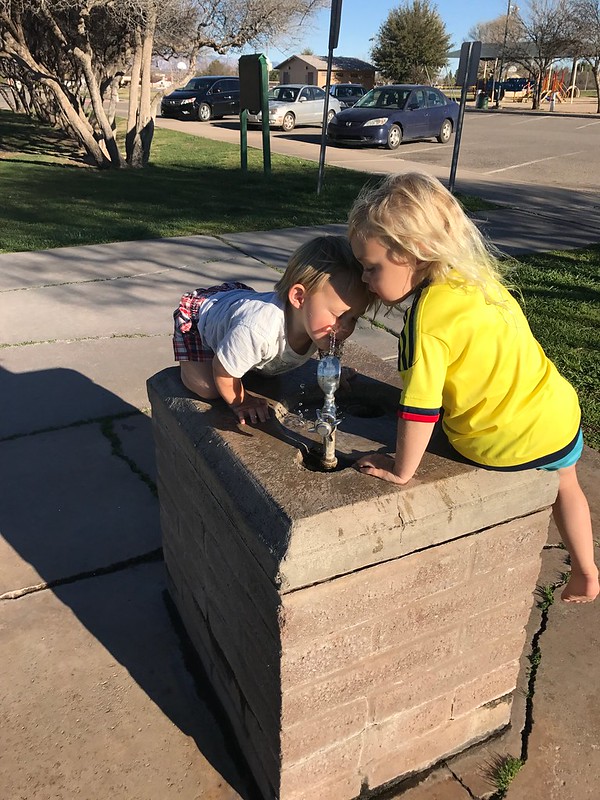 Boondocking.  How did we live without this for so long?!  Call it whatever you like, dry camping, free camping, dispersed camping, primitive camping (or Wally-docking if you're at a Walmart), it's fantastic! FREE nights away from people courtesy of The...