The Alamo & The Riverwalk

I fired up YouTube at 7 am…. full blast.  We kept it going on repeat until we left the RV at 10.  “Born on a mountain top in Tennessee.  Greenest state in the land of the free.  Raised in the woods so he knew ev’ry tree.  Kilt him a be ‘are when he was only three.  Davy, Davy Crockett, king of the wild frontier!”  By the time we hit the Alamo, Evie at least knew that Davy Crockett was “also interested in camping – although he didn’t have an RV.”  She also knew that Grandad loved that song.  Well done, Traci.

I take them to things that may not be kid-exciting at the time.  I don’t expect much more than respect for the places we visit (staying inside the ropes).  I read some of the signs to them.  I try to find something (like the song) that applies to the history we learn about and is appealing to them. I deeply believe that they will have an impression of how they felt when we were exploring and learning.  My hope is that these experiences translate into a lifelong love of learning.  Learning should always be fun.  If it’s not, something isn’t right.  The world is a fascinating place.

The Alamo is an impressive place.  We listened to a storyteller for a bit outside… hearing about the line drawn in the sand and the courage of the men who knew help wasn’t coming.  I enjoyed myself.   The kids liked the canons the best. 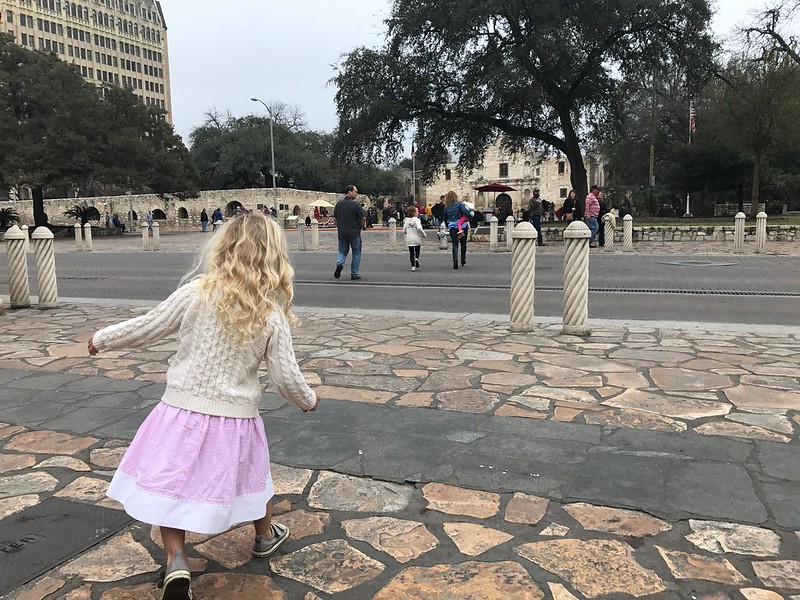 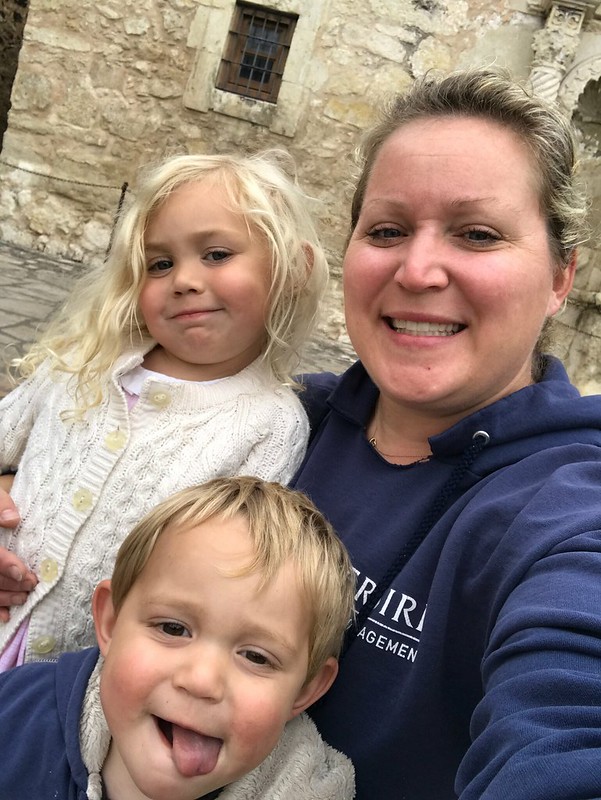 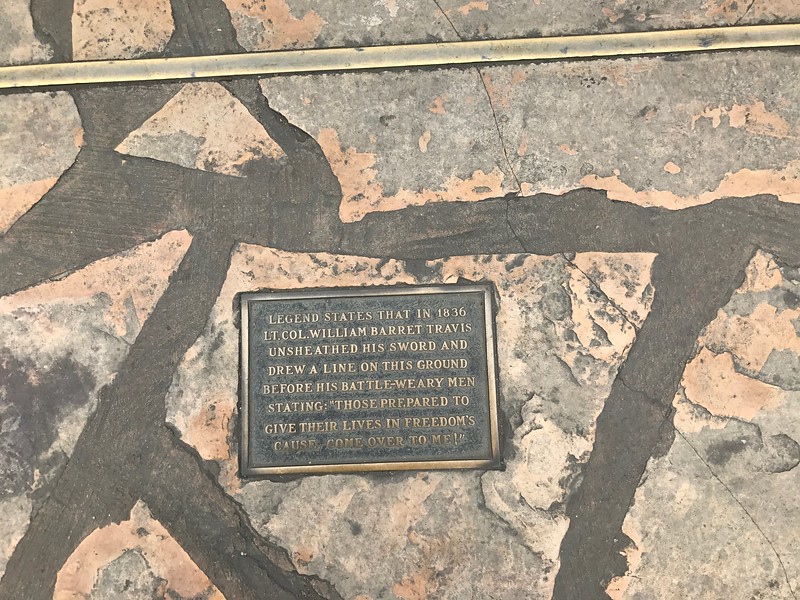 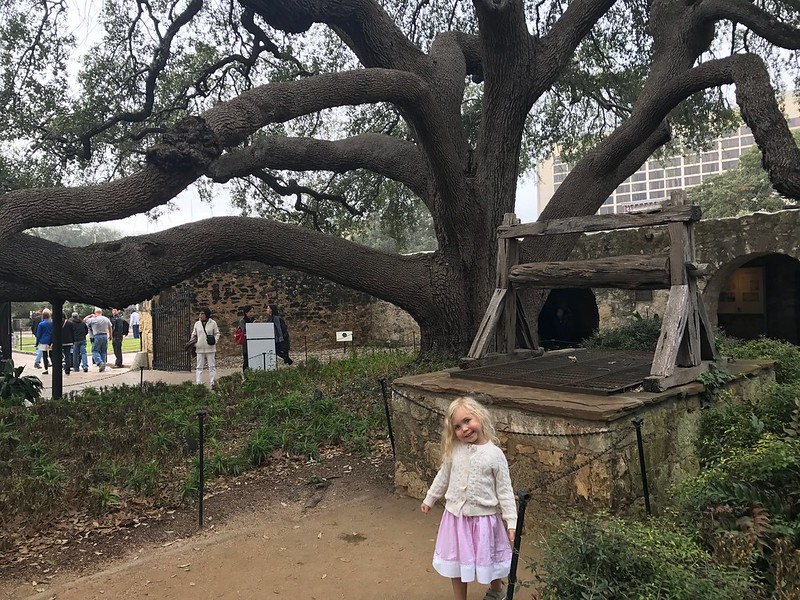 After that we checked in with the visitors center for a recommendation on a good restaurant for kids.  My mistake, I should have added “local cuisine”.  The guy came back with The Rainforest Cafe.  Look… I like that place as much as anyone but you don’t go to the San Antonio Riverwalk for plastic animals and a fake rainstorm every 15 minutes.  I have an ongoing love affair with “authentic”.

Me, “Sorry, I mean with a Tex-Mex menu.”  Him, “Oh.  Huh.  We don’t really have that around here.”  Now… I try to be open minded and I really do try to hold my tongue.  But the man at the visitor’s center is trying to tell me that Tex-Mex food doesn’t EXIST in San Antonio…. The San Antonio in Texas…. ground zero for the Tex-Mex revolution.  I was having none of that.  Me, “Huh.  Really?  I thought… you know… that San Antonio is famous for it’s food.  Is that not correct? ” {Of course that’s correct… everyone knows that…}  Him, “Well all food here is Tex-Mex.  That’s just… food.”  I should have left if at that but I just couldn’t.  Me, “Oh, I see.  So because the Rainforest Cafe is in San Antonio, all the food the serve there is Tex-Mex.  Got it.  Thanks.” Him, “Well no.  Wait.  Not exactly.”  {No Sir… if by “not exactly” you mean “no, not at all….  I was being dumb and shouldn’t have said that”.}  I have no patience for someone who can’t admit they’ve misspoken and try to correct themselves in an honest way.  I was already smiling and waving, halfway out the door when he was stumbling through his explanation.

We ate at a lovely little place right on the water.  I had every intention of having a full lunch, but Jack was unable to sit still.  He was playing with the ducks.  I was watching him closely.  He was respecting the edge very well and doing a great job.  But every time he approached it, I kept hearing gasps and people walking by loudly saying, “I hope that little boy doesn’t fall in.”  Thank you, safety police, for all the assistance but I got this.  I do bristle a little at people, I also recognize that they’re trying to be helpful and even if it’s annoying, it’s still kind.  If he actually fell in, I’d be willing to bet most of them would have been willing to jump in an fish him out.  That’s nice. 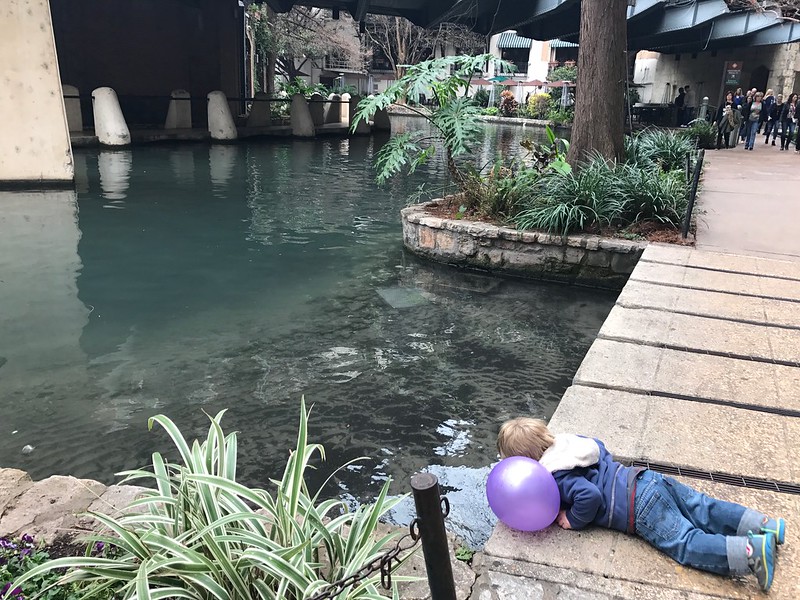 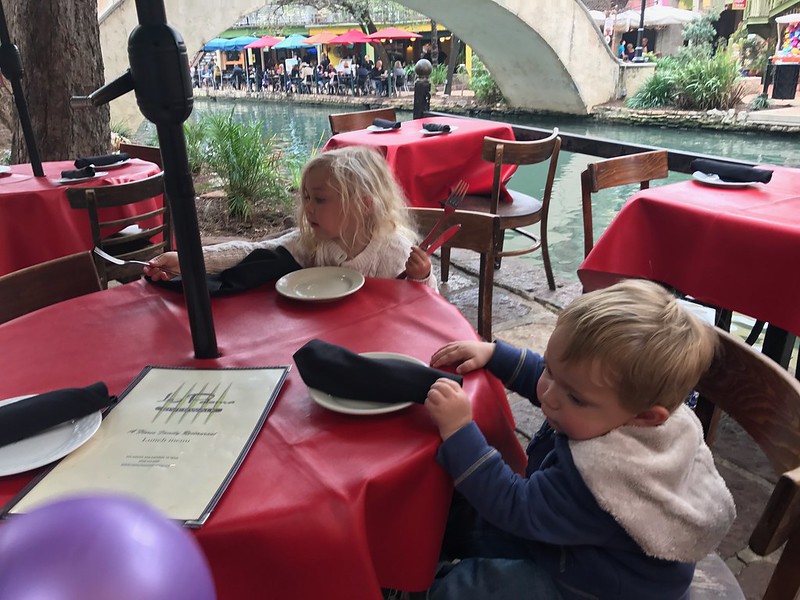 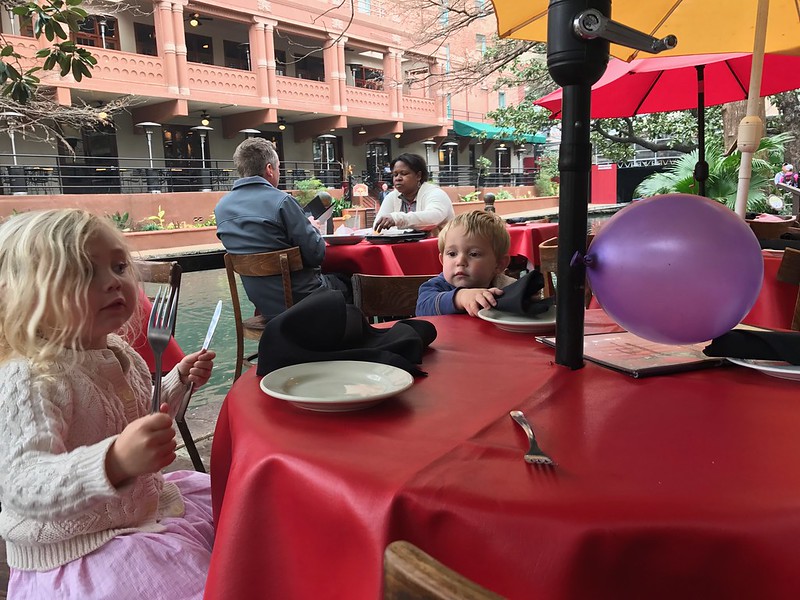 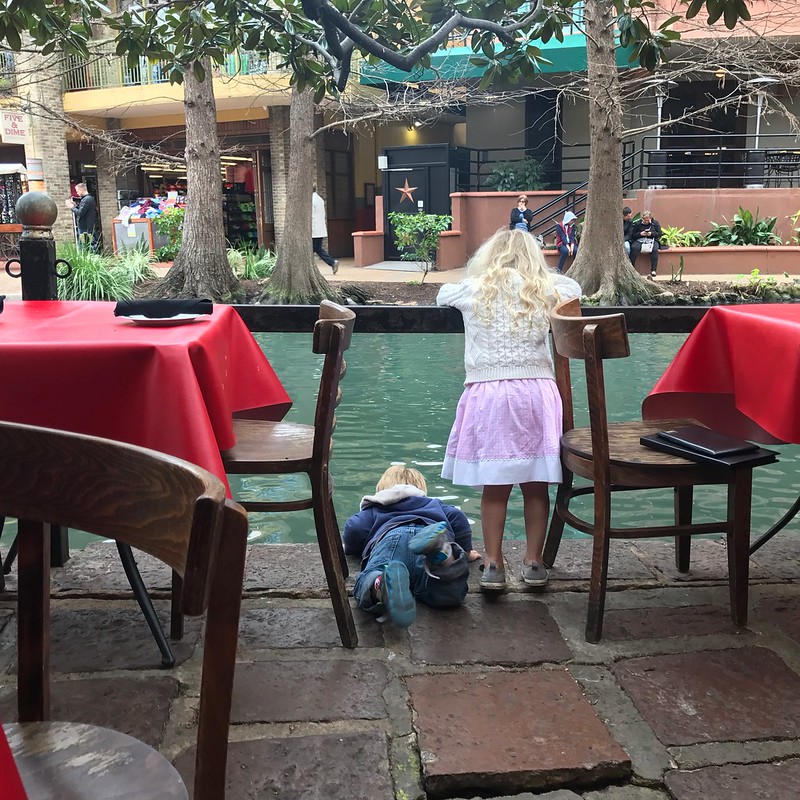 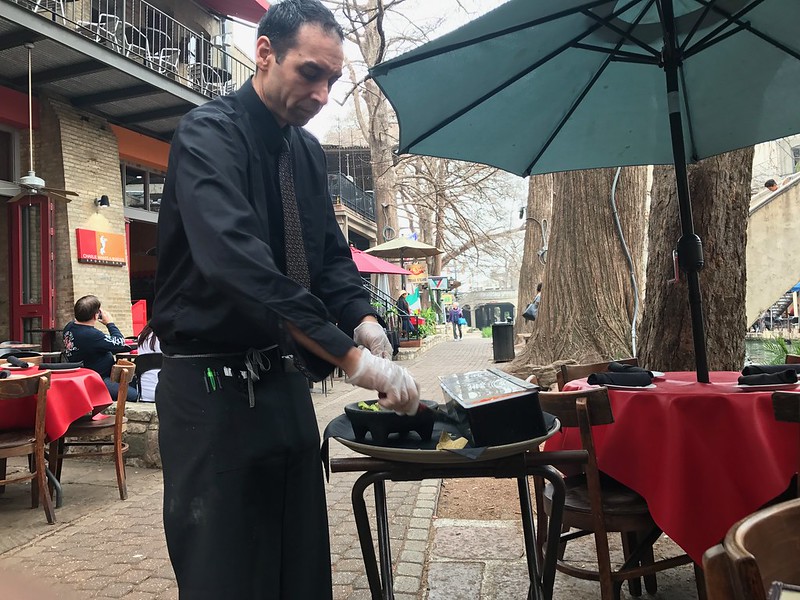 The entire time we were on the Riverwalk, Evie kept asking to go back to the Hyatt (which we had walked through to get down to the river).  Damn you, Hyatt.  They had an ice cream store in the lobby with a large screen tv outside, set up with little kid chairs.  That is, hands down, the best kid-catcher set-up I’ve ever seen.  I finally caved and we walked back to watch the last 15 minutes of the movie.  We did some history stuff, they got to do a little of what they wanted.  It’s always a balance. 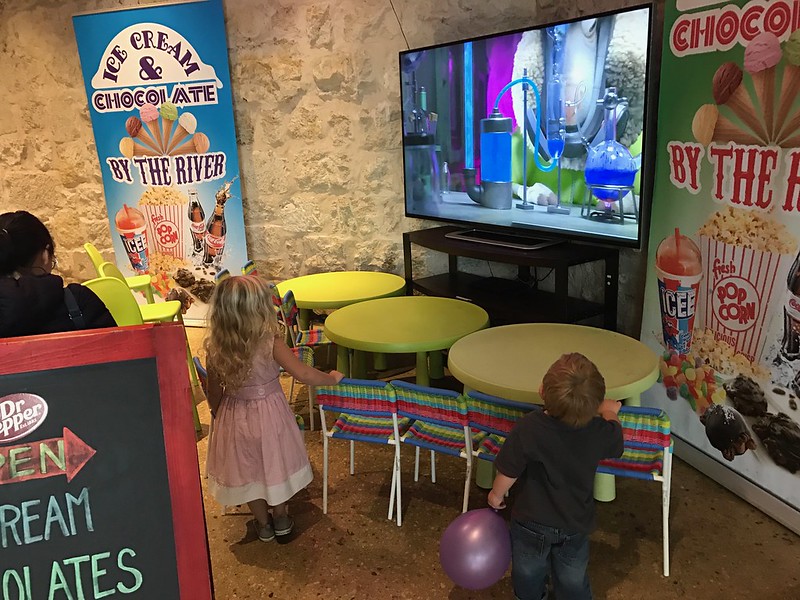 When it's cloudy I optimistically assume it's going to be a little warmer.  I think of the clouds as nice fluffy earth blankets.  That wasn't the case in Sedona.  It got progressively colder as the week went on (and we...

This is how you pull off Thanksgiving on the road: Pull out of your cherry spot in the dry lake bed in Joshua Tree around 10 am.  Head due east.  Drive through some of the most desolate territory in the...