It was all funny until it wasn’t.  I’m hardly an expert but these matters but it was fairly obvious these folks weren’t high on life.  Scott specifically asked me to shelf the D.A.R.E speech for the foreseeable future.  When I protested he reminded me about the 15 year old kids I stopped to lecture on a trail in Philly for the same sort of infraction.  I learned something today, although I sometimes call myself a hippy, I don’t actually mean a traditional hippy.  It turns out, hippies are like gypsies.   I really dislike gypsies (based on experience with them).   Total bummer.

Leaving the winery this morning we headed north in search of some redwoods.  This is big tree country and we want to see some gigantic arboles.  I want to feel moist soil under my feet and smell crisp air and pine.  I want the kids to climb and scramble and get dirty.

We needed to stop for groceries so I randomly picked Garberville, CA based on the fact that it looked large enough to have a grocery store and it sits on the 101.  Easy day.  We turned off of the highway. It’s impossible not to immediately notice all the people standing/sitting/lounging/laying around.  It really looked like they were waiting on bus or an Amtrak train.  At first we thought they might be hikers.  Isn’t there a west coast equivalent of the Appalachian Trail?  Maybe we were at a famous stopover point?  But everyone was dressed like they were part of Bob Marley’s gang…  less like the Patagonia crowd and more like… intentionally dirty.  They looked like they desperately needed a strong hose and industrial soap and yet didn’t seem motivated to either.

We drove to the other side of town for the grocery store.  It happened to be Whole Foods-level expensive and almost everything was organic and natural.  How that works for folks who don’t appear to believe in materialistic things remains a mystery.  We parked on the opposite side of the road.  The kids and I got out to do our shopping and I was literally startled by a group of people hanging out (?) behind a dumpster.  Why live behind a trash pile when you’re within walking distance of the Redwoods?  I’m confused.

I’m going to give you a glimpse into my thought process, so base warned, it might come off as a little judgey (guilty as charged).  I started a conversation with the checkout lady to get to the bottom of the crowd outside.  {Inside my head} She doesn’t look like the folks outside but be careful, she may be in vanilla disguise right now.  I opened with, “So… we’re just passing through, heading to the Redwoods.  This is a pretty part of the country.”  Her response, “Oh yes.  It’s gorgeous up here.  You’ll love the trees.”  Ok… dipping a toe in the ‘what the hell is going outside’ waters.  Me, “So this town seems to have an interesting population.  Are the folks outside waiting for transportation?”  Her, “Oh… ha… no.  That’s just Garberville.”  Really?  Me, “Oh.  I suppose the trees really attract a lot people.”  Her, “Yeah.  Look Garberville is the northern California answer to UC Berkley.  These are hippies.”  What does that sentence even mean?  Isn’t Berkley in northern California?  And… it’s a university.  Are hippies getting degrees now?  I have more questions than I started with and now we have to drive through Berkley.

Leaving the store a lady with no teeth very sweetly started interacting with Evie and Jack.  I don’t think she was actually challenged, her mind just wasn’t with her at the moment.  Creepy.  Ev gave her a sideways glance, said hi politely but cooly and kept on moving (slightly in front of Jack… human shield style).  That’s my kid – developing her street sense already.

We got back to the RV and Scott had a great laugh at my expense.  “Now do you see what people think you’re talking about when you say you’re a hippy?  Trust me – you are not a hippy.  You’re a naturalist.”  Now that I take a moment to reflect on it, he’s right.  I believe in bras – no lady should sag down to her knee caps on purpose.  I like bathing.  I like combed hair.  I don’t like pot.  I deeply believe in capitalism and I would have been kicked out of Woodstock just like I got kicked off a nudie beach in Jamaica for not complying with the basic rules.  If hippy means dirty person who hangs out on the street with no apparent direction in life, I’m not in.  That’s a pass for me.  I take back every time I called myself a hippy.  Likewise, never call me a gypsy. 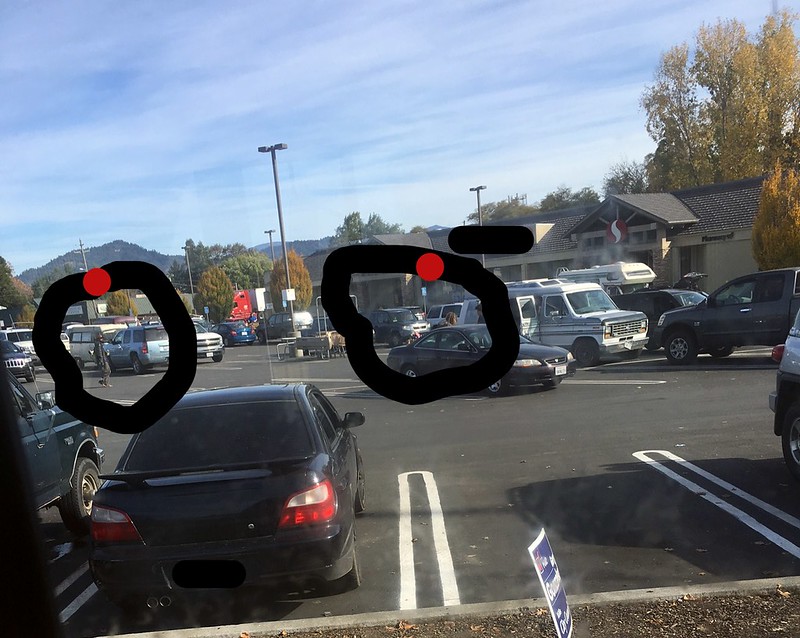 Hippies!  Hard to see… but they’re there.

I’m sure we’ll see more hippies, but again, for reasons that are beyond me, they don’t seem to like Humbolt Redwood State Park.  If you had no where to go and nothing to do, don’t you think you’d find a way to travel the 5 miles into an ancient forest and commune with the trees a bit? I would.  Avenue of the Giants is awesome.  It’s a 32 mile stretch that used to be 101 but as since been retired to a scenic byway. You get to drive to grove after grove of old growth… trees that have never been cut.  These forests have been alive forever.  There is even 1 living tree that’s over 2200 years old.  Most of them average 400-600 years old.  Some are as tall as 370 ft.  Incredible.  It’s indescribable.  To walk along a trail, the moist sorrel under your feet, is just relaxing.  It’s dark because the trees block out most of the sunlight.  The air is crisp and fresh.  It’s quiet.  It feels inviting and mysterious.

Of course we took a wrong turn and ended up on a road “that wasn’t recommended for RV for trailers over 24 ft”.  Awesome.  We’re just a smidge over at 33 ft.  Get the Good Sam number ready.  The pot holes were deep and there were several times the Grey Man almost got up close and personal with a tree.  But we found a place to turn around 5 miles in and made our way back out to the main road.  We stopped at a ranger shack and got a map.  I’m planning for a nice hike tomorrow.  Can’t wait!  It’s been so long without trees… I just want to get out and play in the forest with the kids. 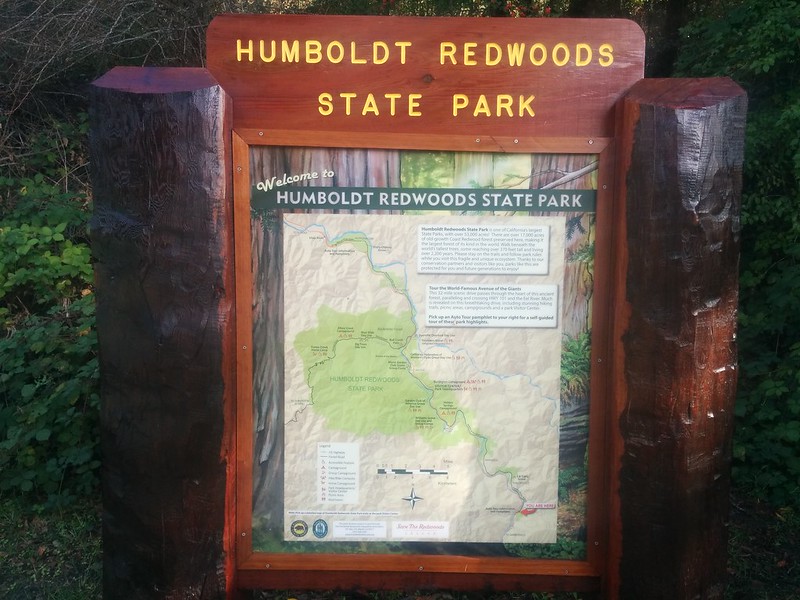 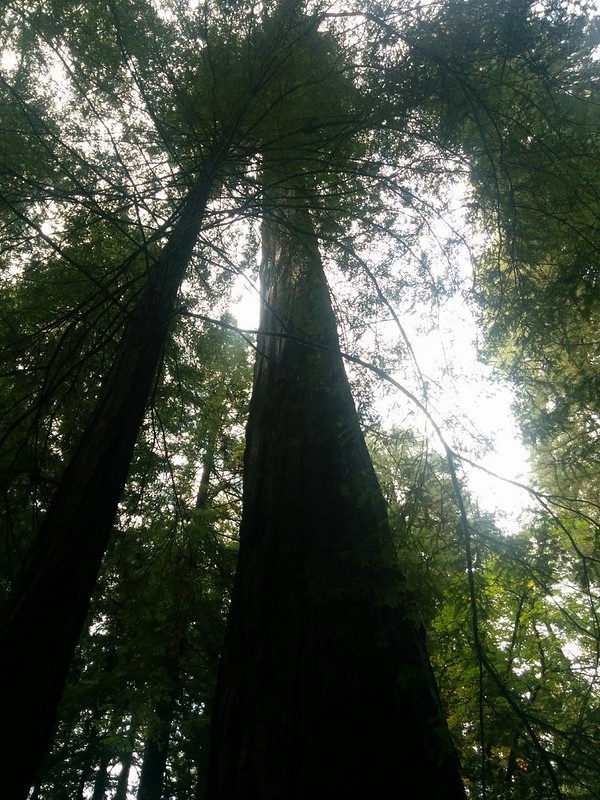 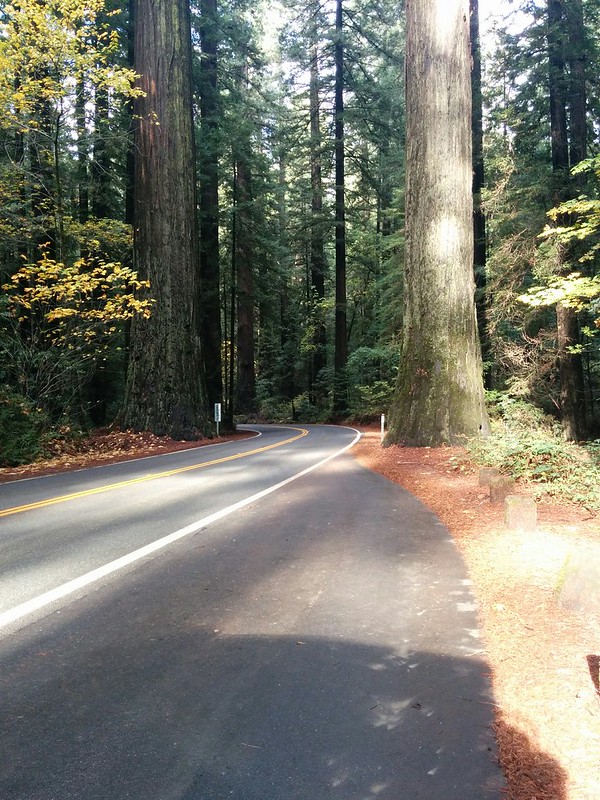 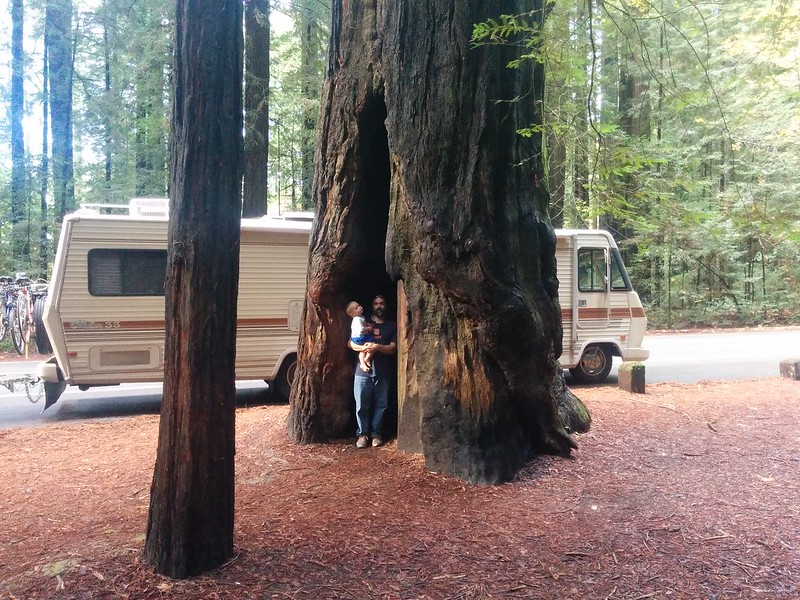 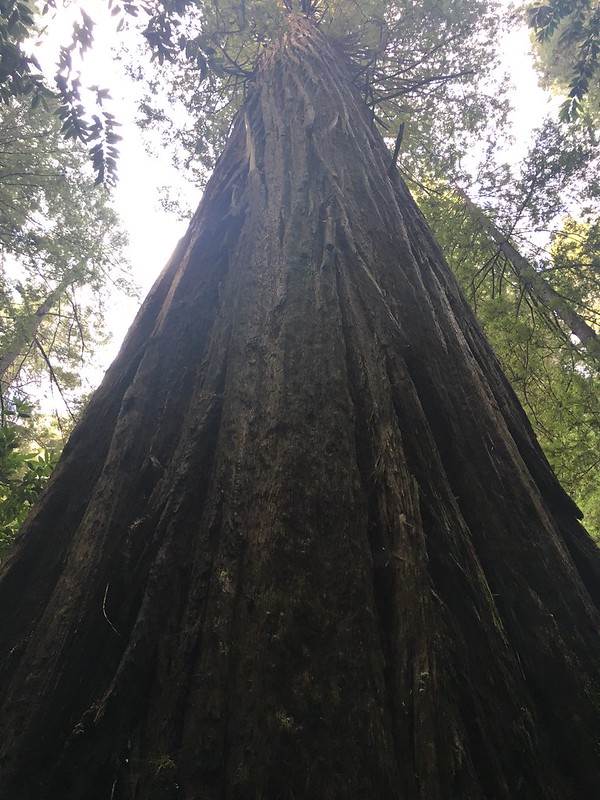 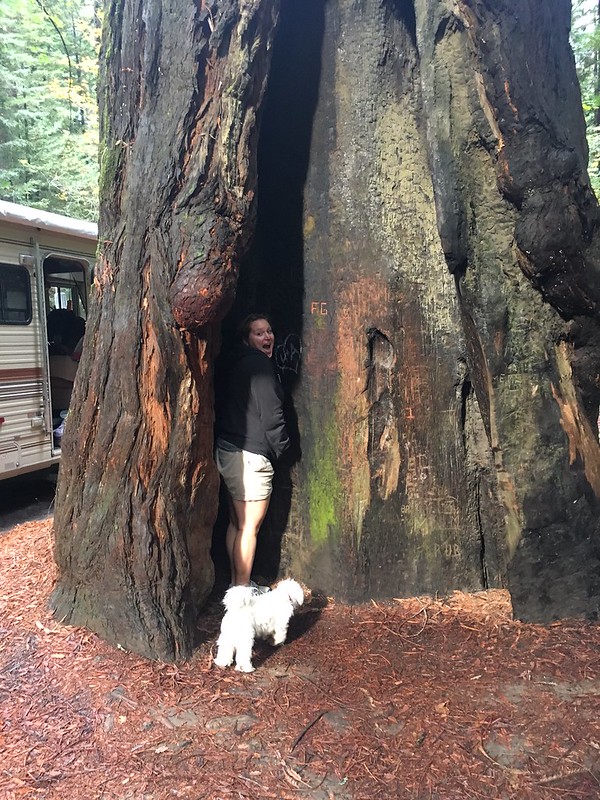 Finally crossed the border from AZ into NM.  We were ahead of a nasty storm and trying to get to a decent hunker down spot before possible snow fell.  Which, by the way, I'm gonna throw the flag on snow...

The Magic The RV was prepped and ready to leave. Trailer attached, engine idling. Already 1 night longer at the campground than originally planned, serendipitously we had discovered some kindred spirits that we all really liked. And the campground was...