Evie is single-handedly bringing back a dying art… handwritten letters through the U.S. Postal service.  Our local post office is thrilled with the increase in production (and the spike in stamp purchases).  She’s got her name down pretty well… and hearts.  She also often draws pictures and I add the stories that go with them.  No pressure, but one of her penpals is a handwriting expert.  Step up your game, Little Person! 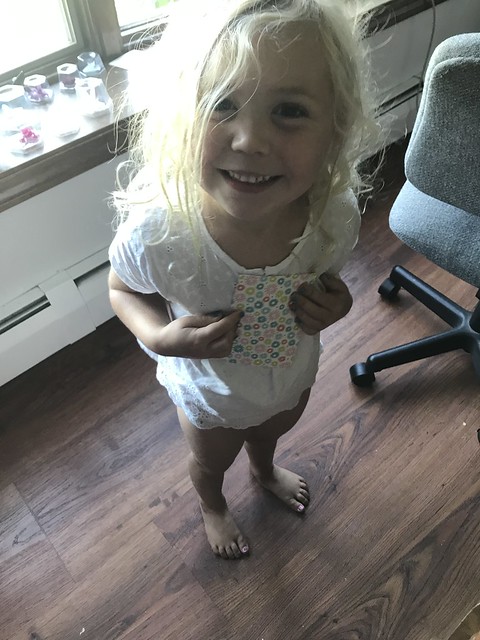 We’re down to camp a lot.  Now that we have supercharged internet, Scott can work down here.  That’s nice.  Running back to the house every day was a buzzkill.  The kids are barefoot and barely clothed 95% of the time. 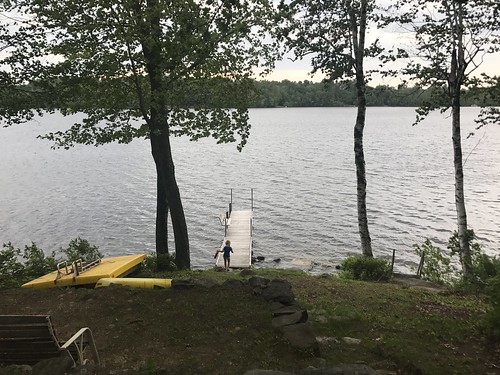 My great grandfather built this fireplace with his bare hands using stones he found on the property: 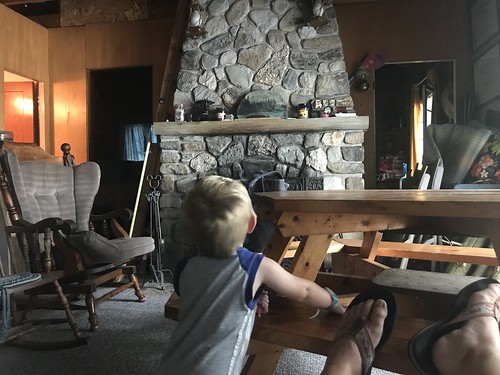 My dad loved “yard gardening”.  I can’t say that I do it for pleasure, but I do get a great deal of satisfaction out of mowing mom’s yard for her and taking care of camp.  I even did full-armor battle with the poison ivy the other day and 3 days later… almost no sign of it (apart from a few spots on my arm).  I consider that a win.  The neighbors thought I was practicing ninja movements, but that’s ok.  They already talk about us like we’re weird.  Now they have proof.

Here’s the new patio Scott and I installed.  This was some decent elbow grease.  I carried several of the concrete slabs.  They’re heavy. 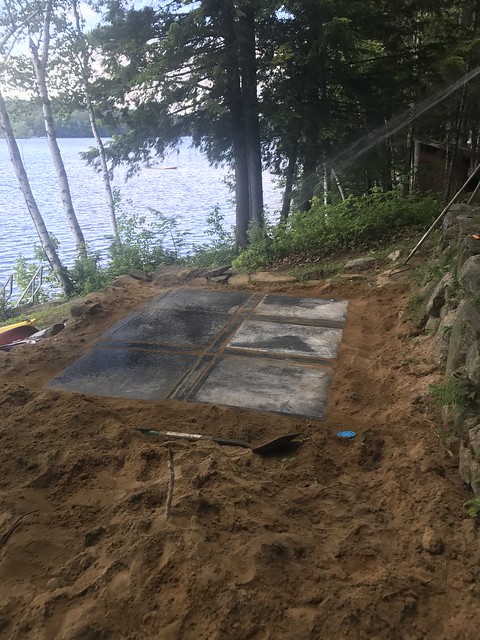 Scott had the opportunity to chainsaw some old stumps.  Maine Men love chain saws.  The kids were terrified.  I told them there was a movie I would show them when they got older (way way older). 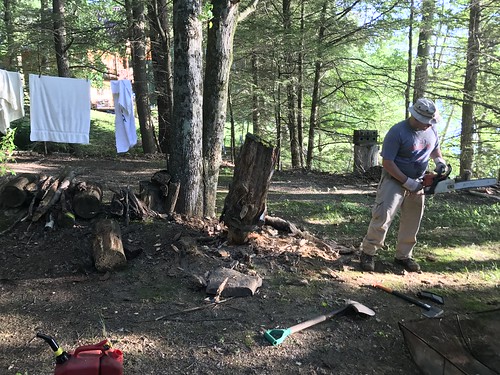 Because she told me I wouldn’t:  #Sassy 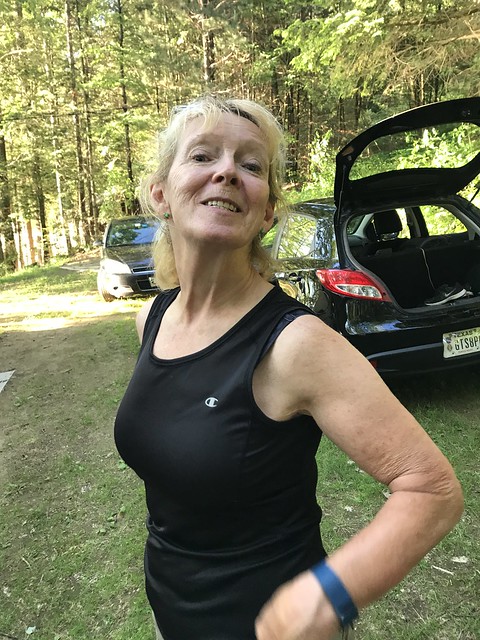 Our science experiment: “What Melts In The Sun And Why?” I tried (but failed) to explain that the Maine sun isn’t as strong as it is in other parts of the country (say.. Phoenix… where everything melts all the time, even in winter).  The matchbox car was never in jeopardy of turning into a puddle.  Ditto for the crayons.  The chocolate was eaten before we really had a chance to know what it would do. 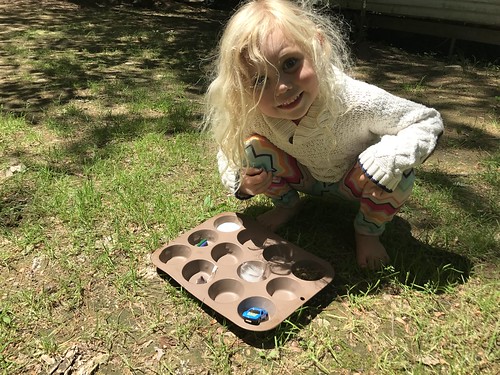 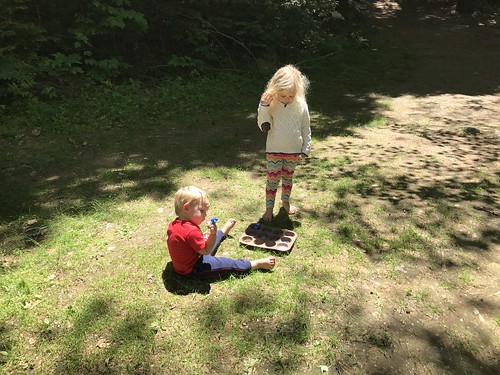 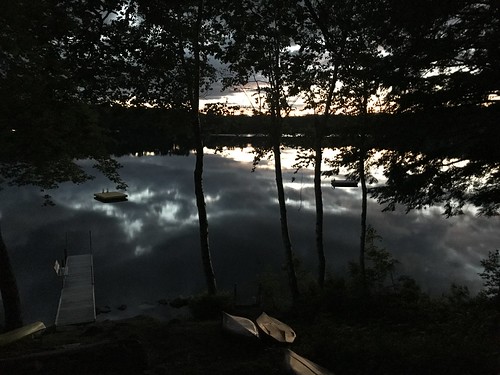 A wood turtle decided to lay her eggs near the driveway.  It was cause for everyone to drop everything and get down to watch. 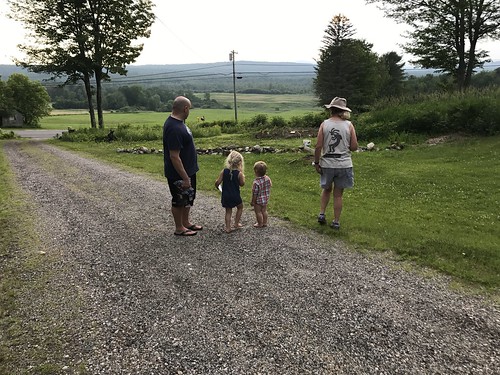 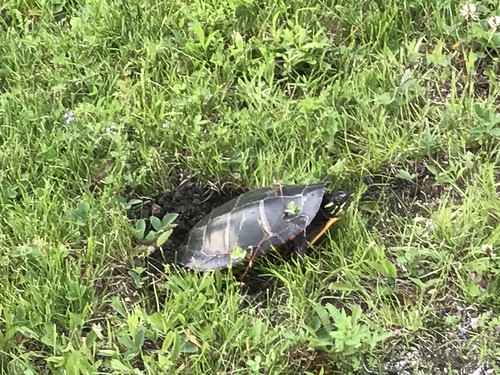 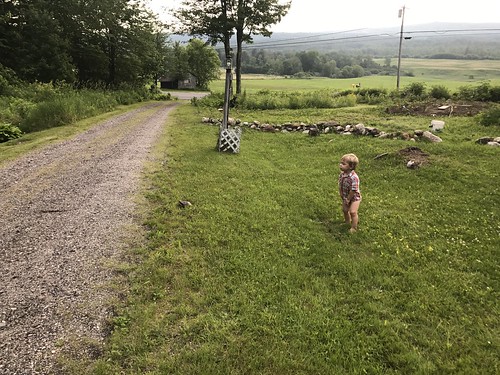 For our anniversary, Scott and I rented some fat bikes for a couple of hours at Pineland Farms in New Gloucester.  If you’re in the middle of the state, this place is awesome.  In the winter the trails are groomed for cross-country skiing.  Bonus, there’s a working farm that welcomes little people in Fridays to help with the animals.

After that, we headed to a local brewery for dinner and beers.  We normally don’t do anything, so this was considered a Big Deal.  We’ve been married 8 years.  Mom and kids surprised us with a cake when we got home. 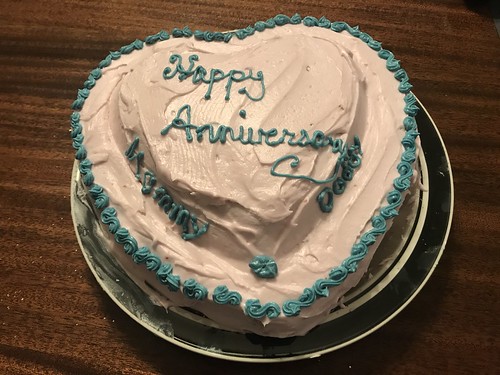 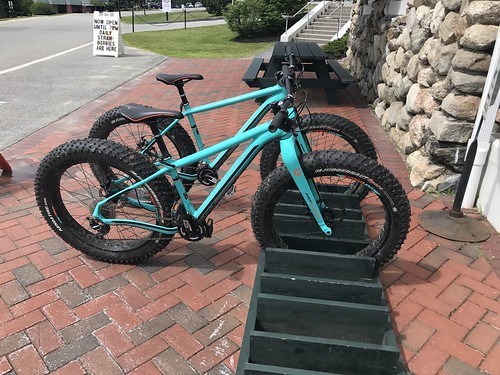 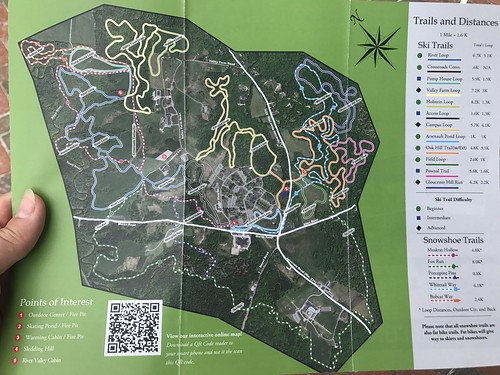 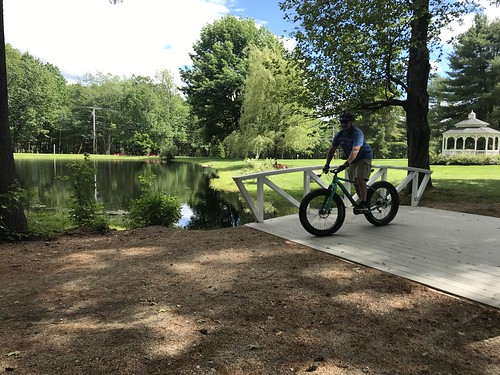 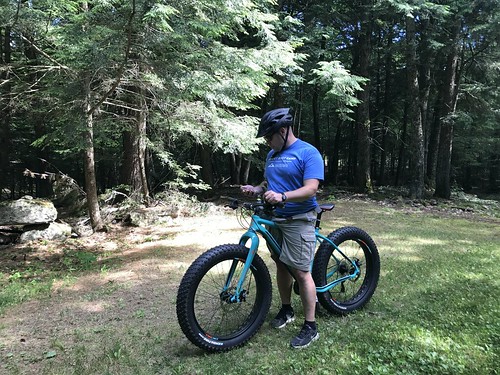 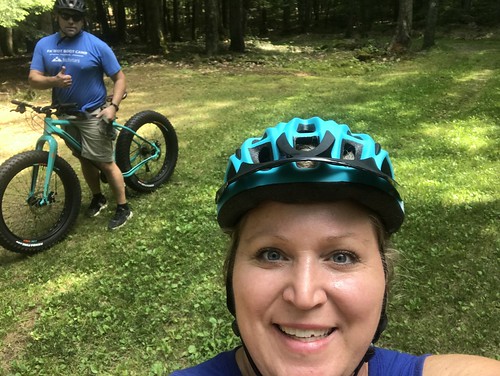